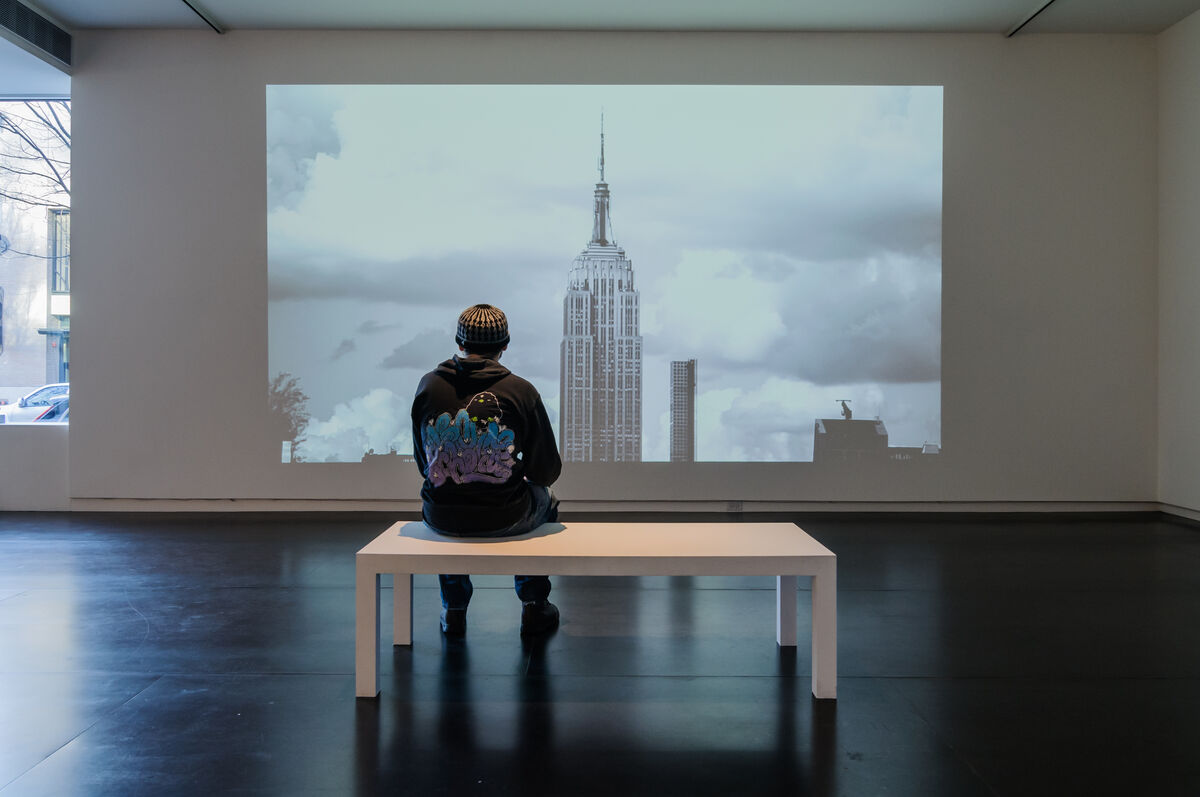 Installation view of “Josh Michaels: 24 Hour Empire” at Upfor, Portland. Courtesy of Upfor and the artist.

In 1964,
Andy Warhol
and
Jonas Mekas
climbed to the 41st floor of the Time-Life building in New York City and shot what would become Warhol’s most enduring cinematic work: Empire (1964). Running for over eight hours, the black-and-white film presented a fixed view of the Empire State Building, where the only elements of change and movement came from the sky and blinking lights. The aim, according to Warhol, was to “see time go by.”

The film has since been recreated and paid tribute to by numerous artists, but this month
Josh Michaels
mounts a high-tech pop-up installation that pays homage not only to the original work but to the flattening of time in the always-on, instantly streaming digital age. Josh Michaels during the making of 24 Hour Empire. Courtesy of Upfor and the artist.

At Portland’s Upfor Gallery,
Michaels
creates what he calls “an art and science project,” an expansive set of reflections on the original Empire that utilize a number of cutting-edge technologies, including virtual reality. Michaels, who in the past has created a number of commercial works, first came to the project through an interest in authorship and the technological tools that facilitate multiple authors—and, of course, multiple iterations of a concept. He has also spent the last five years researching 24-hour photography, particularly through the practice of streaming video. 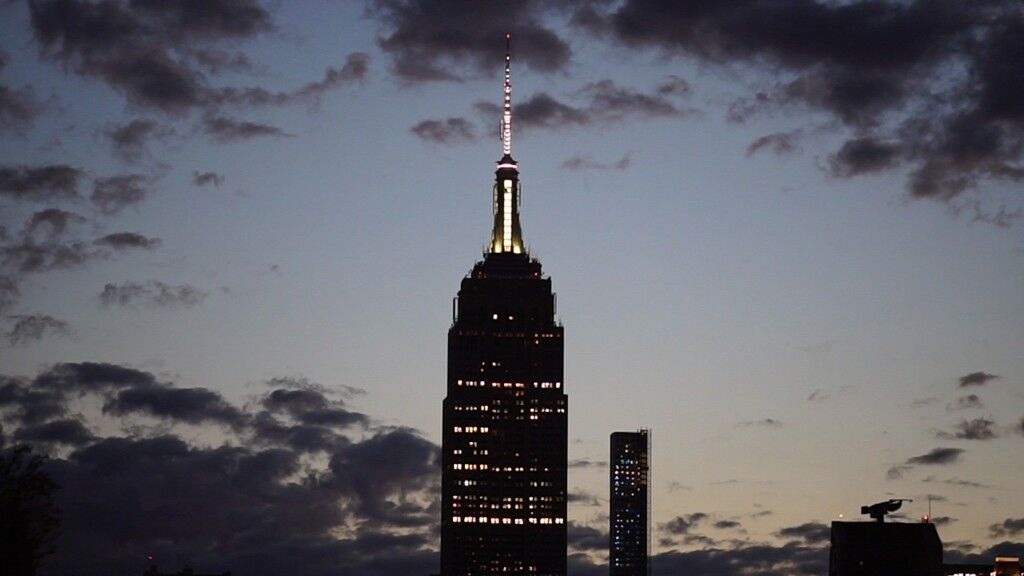 Josh Michaels
24 Hour Empire Channel, 2016
Upfor
Advertisement
The six artworks on display draw on Warhol’s original source material and a new 24-hour video shot by Michaels himself, titled 24 Hour Empire (2016). In the gallery, nine separate displays of the original VHS Empire are arranged in a looping repetitive square, while a slowed-down version of 24 Hour Empire is presented as an always-on video channel, the digital film slowed down using custom software on an Apple TV. 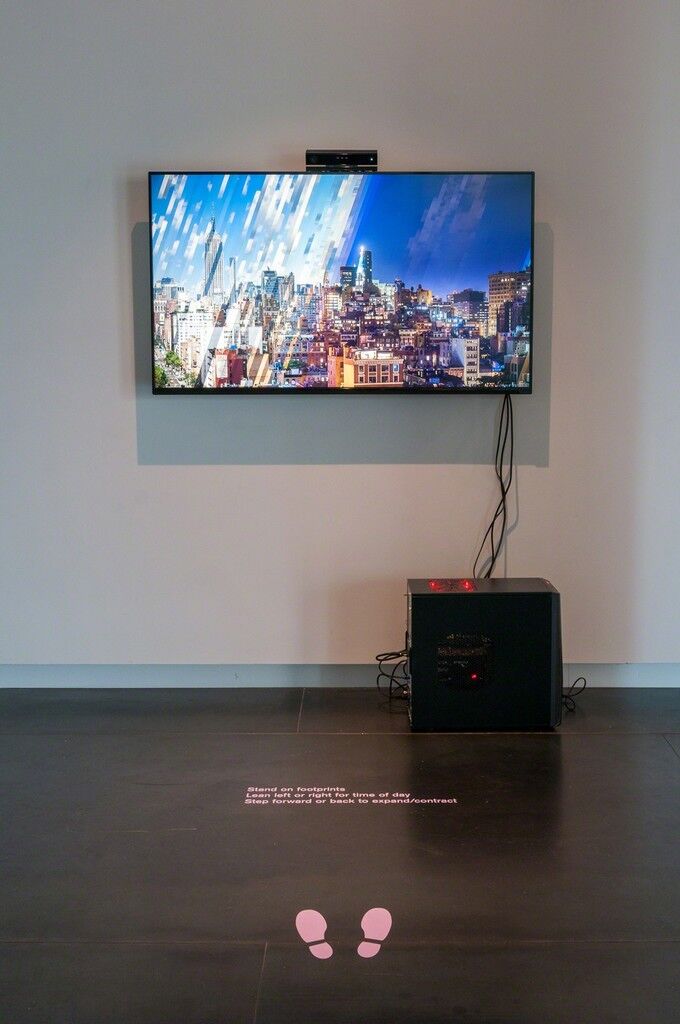 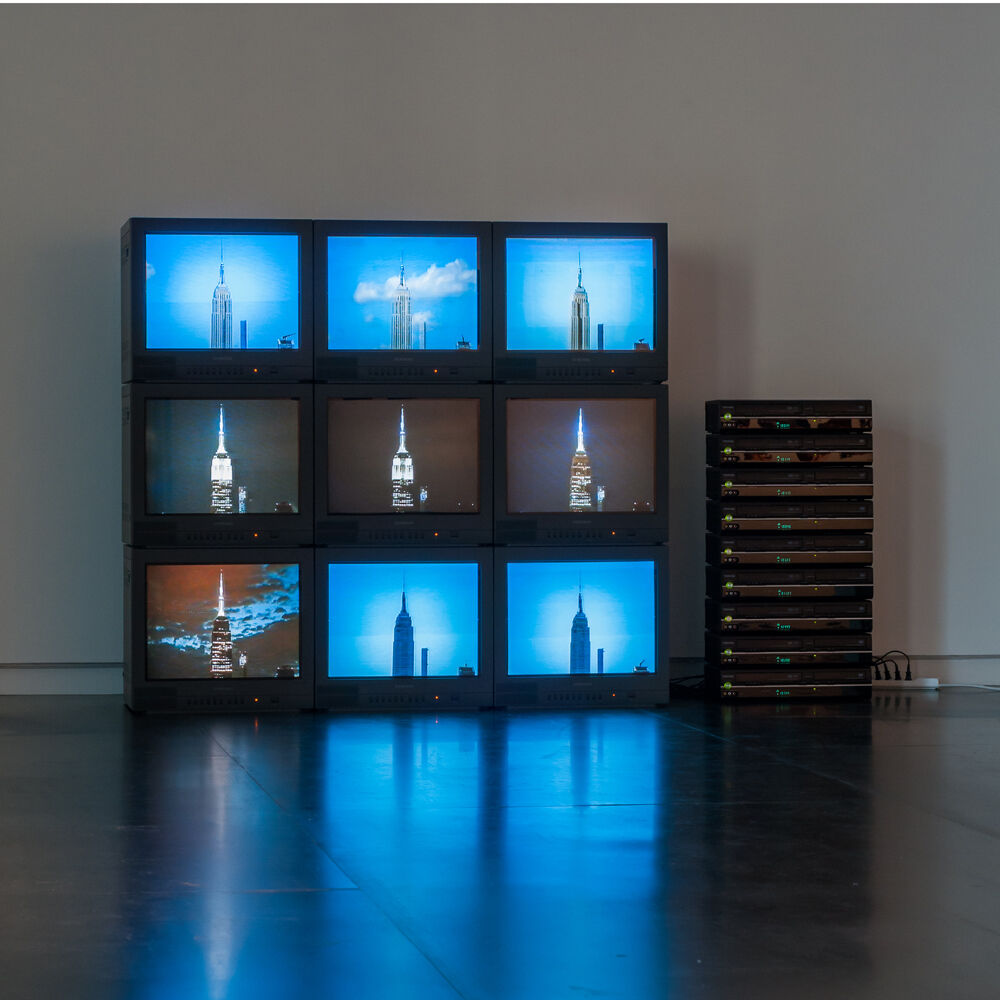 Josh Michaels
24 Hour Empire, 2016
Upfor
In 24 Hour Empire x130, a large display, custom software, and a Microsoft Kinect have been programmed to allow viewers to interact with the footage, moving back and forth in time by stepping to the side or zooming in and out of the video, by walking forwards or backwards. Ultimately, though the form of the gallery installation differs significantly from Warhol’s original movie-theater showings, Michaels says the challenges for artists remain the same regardless of technological difference: the “form may not be instantly recognizable,” he says, “but again and again it’s the same story with different names.”