It’s a simple opposition, really: the chiding, angry, petulant faces of Senator Lindsey Graham, Judge Brett Kavanaugh, and Senator Chuck Grassley set against the painting Three Faces of Man from
Judy Chicago
’s “PowerPlay” series of 1982–87. When Chicago posted just such a juxtaposition on Instagram following the recent Senate hearings on Kavanaugh’s Supreme Court nomination, it struck an eerily resonant chord, with commenters lauding the artist with superlatives like “visionary,” “psychic,” “intense and profound.”
What was old is new again, and Chicago’s social and political import is now again very much on the ascendance. But Chicago hasn’t changed; it’s just that her forthright dissections of male power now find new, immediate, and obvious real world correlates. What was once allegory is now reportage, and Chicago’s art from decades past has never looked so current.
Perhaps that’s why, nearly 40 years after her paradigm-shifting Dinner Party (1974–79), Time chose this year to name Judy Chicago as one of its 100 most influential people in the world. Paradoxically, the presidency of Donald Trump has opened many people’s eyes to issues that they thought were safely historical, and Chicago has emerged as the once and future prophet of male privilege. As she told me, the reaction on Instagram “demonstrates the important role art has to play, as it literally helps us see what has not been evident to many people.”
Yet when Chicago’s “PowerPlay” series was first exhibited in 1986, it dropped like a stone. This was a new experience for an artist whose exhibitions up until that time had garnered reams of press attention, often becoming the scene of warring political perspectives replete with long lines of enraptured visitors. In broad strokes, the “PowerPlay” images—paintings, drawings, and reliefs—offered brightly colored images of male bodies caught between aggressive self-assertion, and the abject fear and vulnerability that underlies and propels their manifest entitlement.
But Chicago’s brand of earnest feminism was decidedly out of fashion by the mid-1980s, as a new generation of women—
Cindy Sherman
,
Jenny Holzer
, and
Barbara Kruger
among them—pursued art about female empowerment with an ironic twist. In their work, feminism refrained from naming men per se as the problem, instead letting the discursive construction of masculinity carry most of the noxious load.
While Chicago was well aware of masculinity as a discursive construct, she wasn’t about to let men off the hook so easily. What, precisely, she asked, is the difference between the social script that animates male performance and the men who embody that discourse or, alternatively, are cast aside for refusing to do so? “PowerPlay” was, in essence, about the ugly contortions patriarchy demands of men in order to kill off their more female-coded virtues of equality, compassion, understanding, and communality. The hallmark of the series was the angry male face, and viewers apparently found that face’s painful contortions too expressive, too high-decibel for an era grounded in the ironic.
But the Trump era has so powerfully given the lie to optimistic accounts of male evolution as to make Chicago’s work not only newly visible and relevant, but also actively prescient. What was once old-school has been recast as visionary, and Chicago, now 79, has reemerged as the leader of a newly visible, palpably angry feminist resistance. As she noted in response to my recent queries:
“Over the course of the five years I spent on ‘PowerPlay,’ I began to look behind the surfaces of male behavior, at the multiple sources of their often gross and destructive actions. What I found was that the prohibitions around openly expressing feelings—particularly of vulnerability as expressed in tears—caused innumerable personality distortions. Add to this the expectations to succeed, to ‘act manly,’ to provide for others through money-making, et cetera—which often led to a level of pressure that is unhealthy. That said, too many men go along with these expectations rather than challenge them, probably because of the rewards they are offered.”
During the Senate’s highly stage-managed face-off between Dr. Christine Blasey Ford and Kavanaugh, Chicago recognized a distressingly familiar dynamic. She had seen a post on Bustle magazine’s website that reproduced photographs of the judge and two Republican senators; the artist thought they mirrored her Three Faces of Man. “I had exposed this type of deplorable behavior in my series from the late 1980s,” she said. “At that time, no one seemed able to see what I saw, but now, the entire nation watched it.” That the hearings turned on an account of Kavanaugh’s sexual assault was, for Chicago, also a sadly familiar refrain. As she told me:
“Sexual assault is one of the most visible manifestations of toxic masculinity which is, of course, a function of patriarchy and how men are socialized. Another positive discussion that is emerging from the hearings and the #MeToo movement is that it is not enough that feminism has allowed women to break out of the confines of the construct of femininity. Men have to be helped to revolt against the dehumanizing aspects of the construct of masculinity; to face that too many of them have become monstrous and that their monstrosity is threatening life on earth. Men have to change and women have to insist that this happen. It is not enough to lose one’s job; men have to wake up and work to regain their humanity which will result in their becoming unable to rape and pillage anyone or anything.” 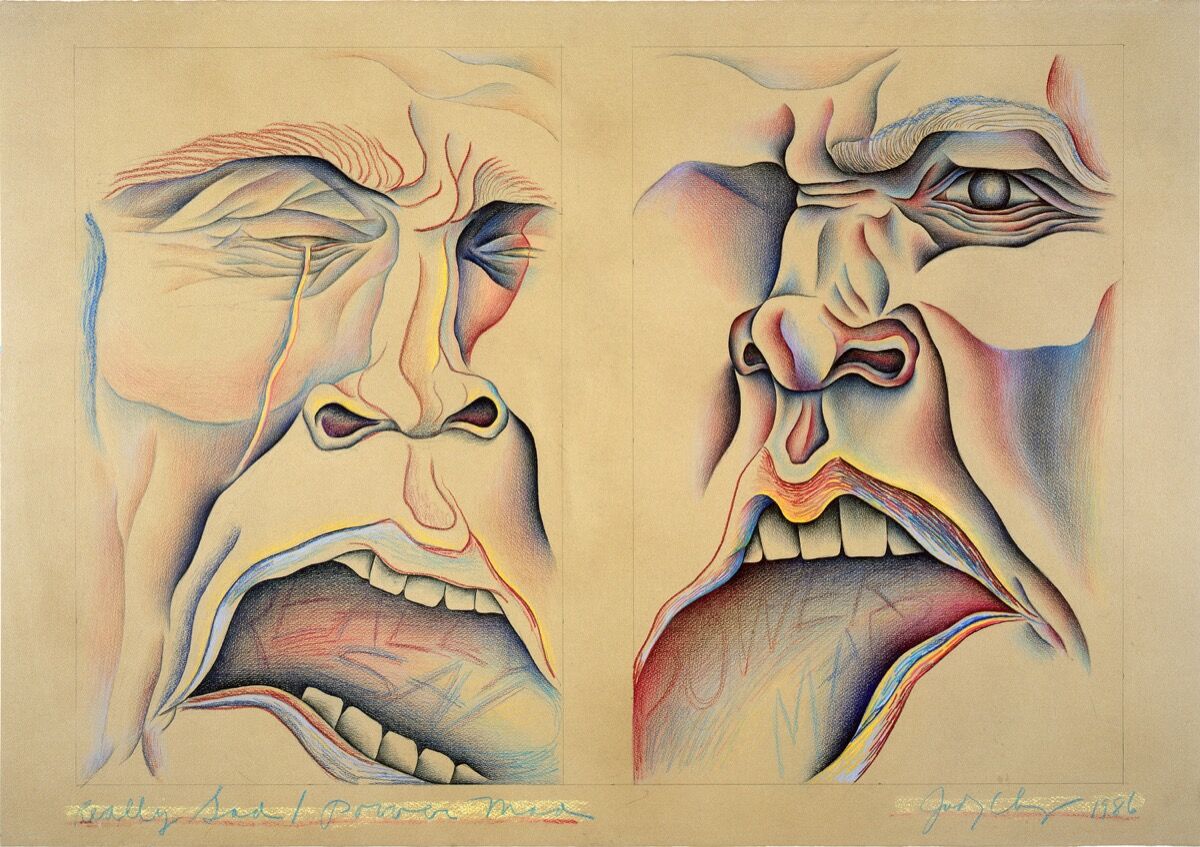 Long before the advent of masculinity studies, queer theory, or gender studies, Chicago was committed to exploring and exposing the emotional contortions that patriarchy demanded of men as their coin of membership. Still, her take was—and remains—an activist one, and she has little truck with academic theory that resonates only within the ivory tower. “Given what has been happening in the world, it is the academy that has to stop trying to overlay a privileged and sophisticated concept of gender on a world that is distorted by reactionary gender expectations and behavior,” she told me.
It’s one thing to theorize the inherently performative aspect of gender, and quite another to register the weight and toll of that performance in one’s own body, or the social body at large. The very public, searing anger of 11 white male senators and one white male witness contesting a woman’s report of sexual assault was discomfiting to many. But its less obvious resonance has been to recast the playful ironies of postmodern feminism as having given far too much credence to the ready achievability of real social change.
If there’s pleasure in being called prescient after years of lonely wandering in the desert, Chicago doesn’t show it. Instead, her tone—that of the activist she has always been—stresses the long haul.
“My work has never been about the moment; as an artist I have tried to deal with deep truths,” she told me. “Three decades has not done away with patriarchy. Efforts to emerge from its huge shadow and overthrow it as a system have been going on for centuries and it will take many more centuries to accomplish this task everywhere in the world. My only fear is that the world will not survive long enough to accomplish it. But I choose hope over despair.”
There is perhaps no better index of our times than the reemergence of the art of Judy Chicago. Her righteous anger—along with her nuanced understanding that gender equality will benefit men, too—underscores and amplifies her unsparing diagnosis: that so many of our current social ills have their roots in outmoded gender constructs. We’ve long known this in the abstract, but the very topical resonance of Three Faces of Man in the days of the Kavanaugh hearing points to this directly, and in newly concrete terms. We find that old-school feminism still has a lot to teach us now.
Jonathan D. Katz is an art historian who has written widely on sexuality and gender. He directs the Doctoral Program in Visual Studies at the University at Buffalo.
Cover image: Brett Kavanaugh testifies to the Senate Judiciary Committee during his Supreme Court confirmation hearing on September 27, 2018 in Washington, DC. Photo by Win McNamee/Getty Images.
Related Stories