Katie Paterson Harnesses the Mysteries of the Universe in Masterful, Scientific Art 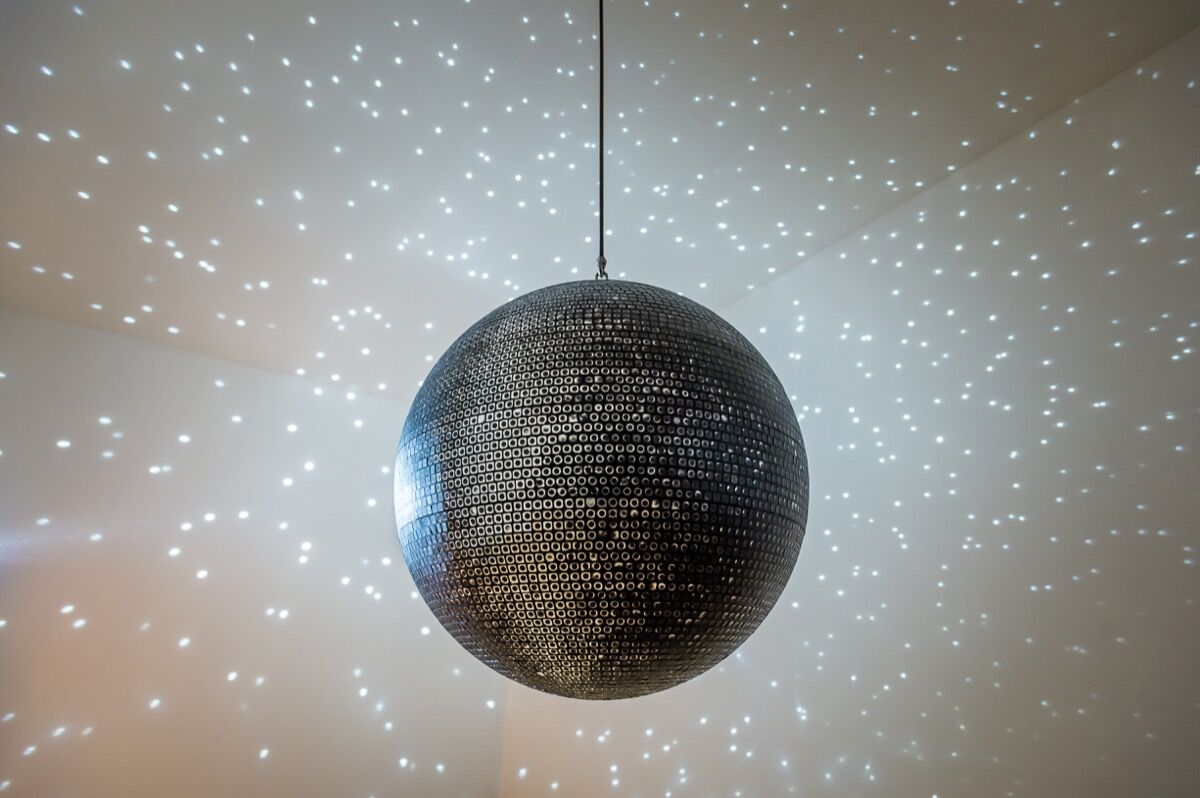 Katie Paterson, Totality, 2016. Photo © Ben Blackall.Courtesy of the artist and the Lowry.

Katie Paterson
is a tour-de-force in the art world. The Scottish-born, Berlin-based conceptual artist has developed a research-heavy practice that sees her collaborating with major international space agencies, leading bio-chemists, astronomers, arborists, and architects. Her works often encompass millennia of time, both past and future, geological and astronomical. The results manifest as monumental installations or unassuming, subtle, and elegant objects. This September, Paterson opens her first solo exhibition in New York, “From Earth into a Black Hole,” at James Cohan’s Lower East Side space.
Despite the far-reaching scope of Paterson’s practice, many of her works have humble beginnings. In the context of an ongoing text-based series of works that Paterson calls, simply, “Ideas,” she writes short, quasi-poetic sentences that could be read as romantic and impractical wishes: “A place that only exists in moonlight” or “A beach made with the dust from spiral galaxies,” for example. Yet, in Paterson’s new monograph—which will be launched at the James Cohan opening, and which is structured as a “time telescope,” in which works are ordered in terms of duration—these short, quixotic phrases are juxtaposed with her projects, and it becomes clear that many of her seemingly impossible creative desires have in fact been realized.
Paterson is grateful to her network of collaborators, many of whom she met through a year-long residency at University College London in the astrophysics department. “I have a number of go-to people, whether they’re astronomers or geologists or meteorite experts,” Paterson tells me during a visit to her studio. “Now that I know them, even difficult ideas seem less daunting because I feel like someone is going to know the answer.” 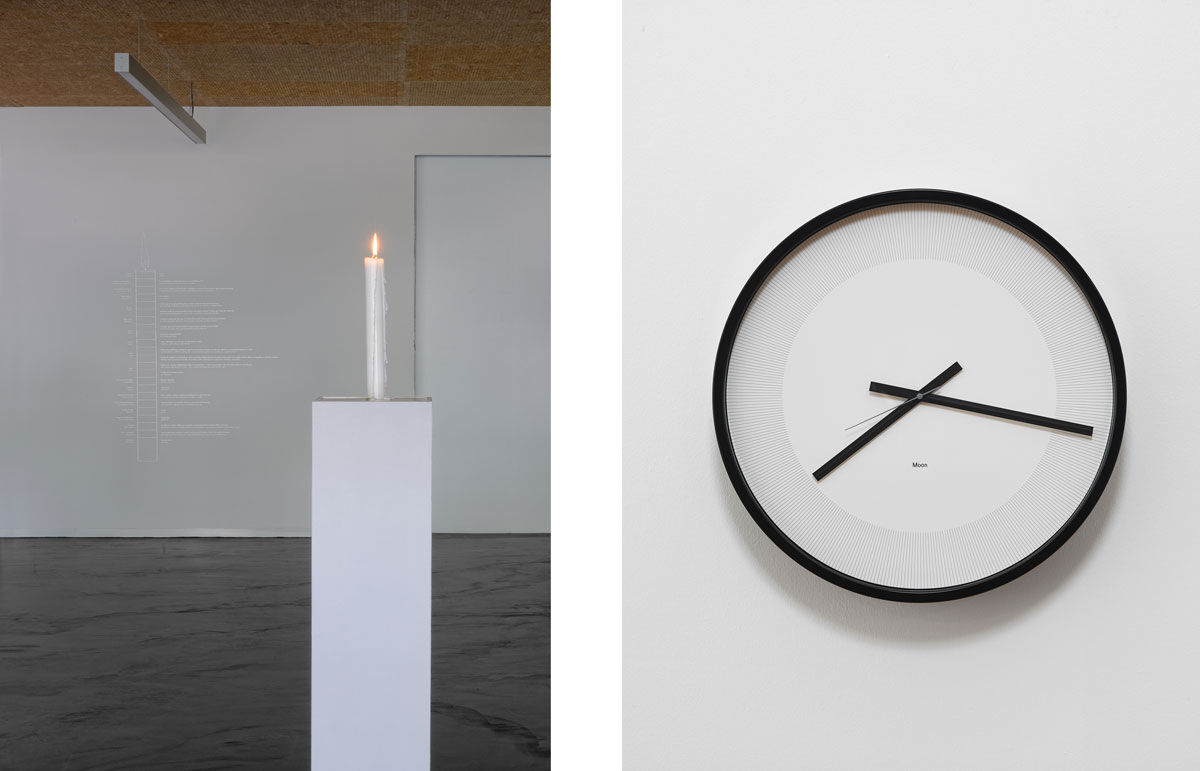 In this regard, one work in particular stands out. Perhaps the least visually grandiose of her oeuvre, Candle (from Earth into a Black Hole) (2015) is the namesake for her upcoming New York exhibition. The piece, which appears to be a conventional white candle, was made in editions of 100 in a time-consuming process that is belied by its simple appearance. Paterson describes the work as a journey through space, by way of scent. Each layer of the candle was carefully crafted with a bio-chemist and perfumer to smell of a different planet or celestial object, based on descriptions from astronauts or scientific guesses. “It burns down as if you’re taking a trip through outer-space,” Paterson explains. “It starts on Earth, which smells of forest, and then you go up into the clouds and the troposphere which smells like wet basement, apparently. This is where some fiction comes in, from people’s descriptions. It’s a mixture of the real and the imagined.” Scents of various minerals and edibles waft from the melting wax as it burns over 12 hours in the gallery space.
Much of Paterson’s work is rigorously scientific, but by presenting it through art she manages to bring out the more poetic aspects of the field. Much of scientific inquiry necessitates educated guesses, and by visualizing the fictional and aesthetic facets of this guesswork, Paterson gradually demystifies some of the more mysterious mechanics of the universe, or at least separates them from institutional discourse.
Her latest major work, Totality (2016), is a large-scale disco ball composed of nearly 10,000 images of solar eclipses recorded throughout history. The images, sourced from around the world, are both amateur and telescopic, depicting eclipses from varying angles and with varying degrees of precision. The images are compiled on the ball to simulate the natural progression of a solar eclipse. Totality serves as a kind of map of different visual magnitudes, reasserting the place of humans as witnesses to and agents within the cyclical patterns of the universe.

Advertisement
Paterson often devises brilliant visual strategies for communicating the enormity of the universe. Her Timepieces (Solar System) (2014), for instance, composed of nine wall clocks, tracks the time of all the planets in our solar system and Earth’s moon. The clocks have the absurdist function of depicting expanses of time that are radically unique—from Jupiter’s daily time cycle (relative to Earthly measurement) of 9 hours and 56 minutes, to Mercury’s 4223 hours—in our terms.
Beyond the works that will show in New York this fall, Paterson has recently accomplished several large-scale projects that have garnered international attention. Her Future Library (2014–2114) is an ambitious time-based work, wherein she has planted a forest in Norway that will grow to produce a library of books in 100 years. During her lifetime and beyond, well-known authors are commissioned by the Future Library Trust to produce a text, which will go unpublished and unread until the publication of an anthology in 2114. So far, Paterson has received written works from Margaret Atwood and David Mitchell, stories that will be unveiled for future generations. “We gave the writers the option, if they wanted, to translate the work to another language or to have an editor, but so far they’ve chosen not to,” says Paterson. “It’s exciting that each author will take an approach, which they might not have taken before.”
This year, Paterson also realized a major commission for the University of Bristol, in collaboration with architects Zeller & Moye. Titled Hollow (2016), the work is a forest canopy made up of samples from 10,000 tree species. The xylarium (library of wood) includes species as old as 390 million years. Designed as an accessible shelter on the grounds of the Royal Fort Gardens, Hollow beckons visitors to enter and experience the scents and shades of various international tree species, most of which they are likely to have never seen before in their lives.

Katie Paterson and Zeller & Moye, Hollow, 2016. Photo © Max McClure. Commissioned by the University of Bristol, produced by Situations. Images courtesy of the artist.

It’s these types of projects that reveal the scope and magnitude of Paterson’s subject matter. Her practice knows no bounds and her ability to achieve many of her lofty goals continually surpasses expectations. By reducing the enormity of the universe and natural phenomena to the human scale, Paterson incites a feeling that is perhaps the opposite of the worn art-historical trope of the “sublime.” Her work renews a sense of connectivity, and lends an aesthetically unparalleled comprehensibility to the lesser-known corners of our world.
—Alison Hugill
“From Earth into a Black Hole” is on view at James Cohan, 291 Grand Street, New York, Sep. 16–Oct. 16.
Related Stories 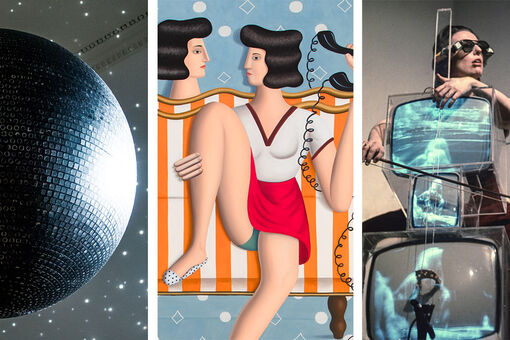