The Kenyan Photojournalist Whose Work Was Lost for 40 Years In October 1968, Time-Life published a tribute to photojournalist Priya Ramrakha, who had been killed in West Africa at 33 years old, caught in sniper fire during the Biafran Civil War. A Kenyan photographer of Indian descent, Ramrakha was not well-known outside of editorial circles, but during his short career, he captured his beloved Kenya in war and in triumph, as it emerged from the depths of British colonial rule as a hopeful independent nation.
Ramrakha had been with CBS correspondent Morley Safer, traveling down a road with a Nigerian platoon, when they were ambushed by Biafran militants. Ramrakha was shot in the back during the crossfire and died, despite Safer’s attempt to save his life. Safer took Ramrakha’s camera and unloaded the film, then took the rolls the photographer had already shot from his pockets. Those images ran in Time-Life’s tribute piece.
After Ramrakha’s death, his friend and colleague Grey Villet hoped to bring wider attention to his peer’s work through a retrospective. He traveled to Kenya, where Ramrakha had left behind an archive of his work, but Villet couldn’t locate it. And for decades, the whereabouts remained a mystery. 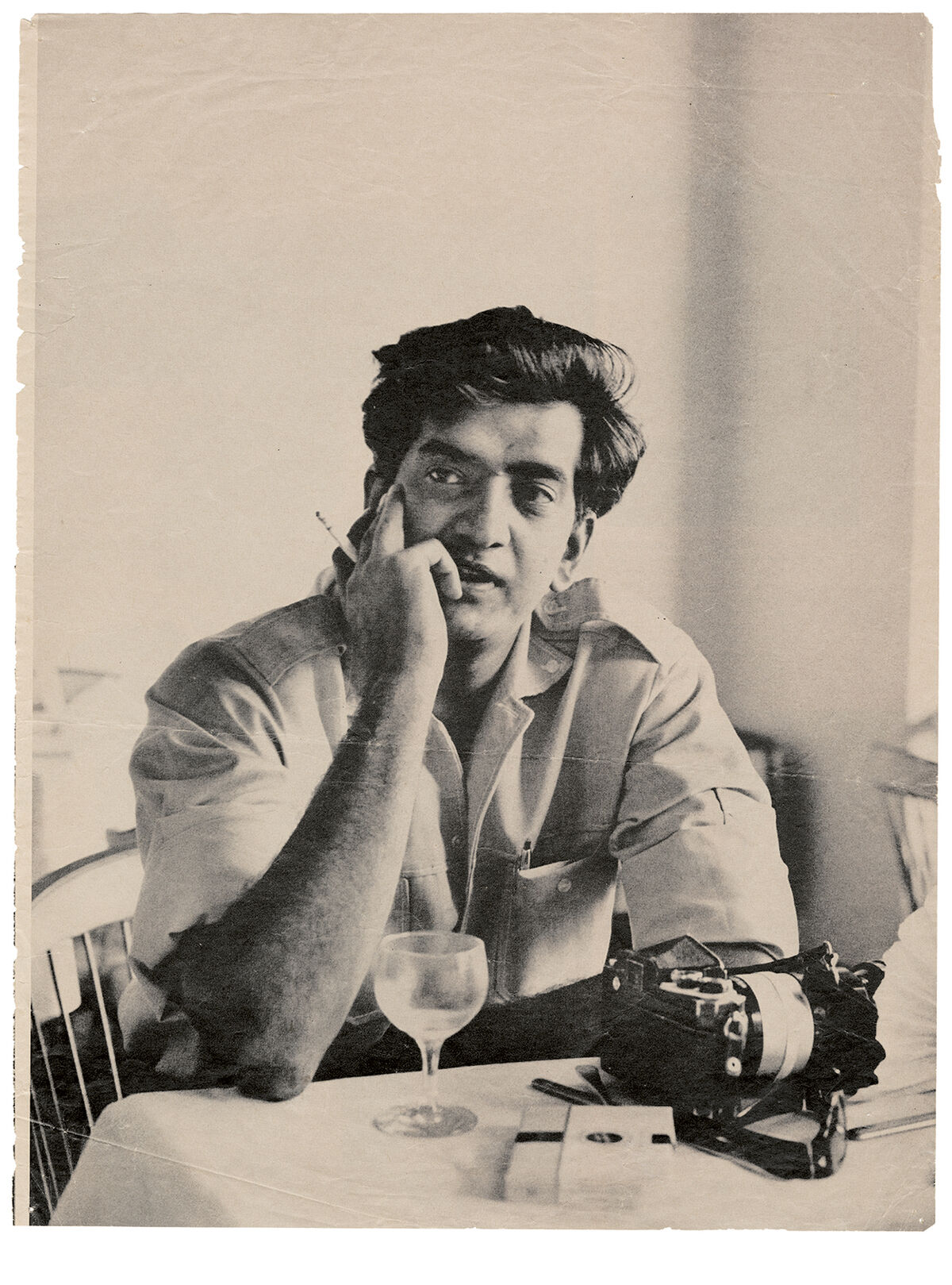 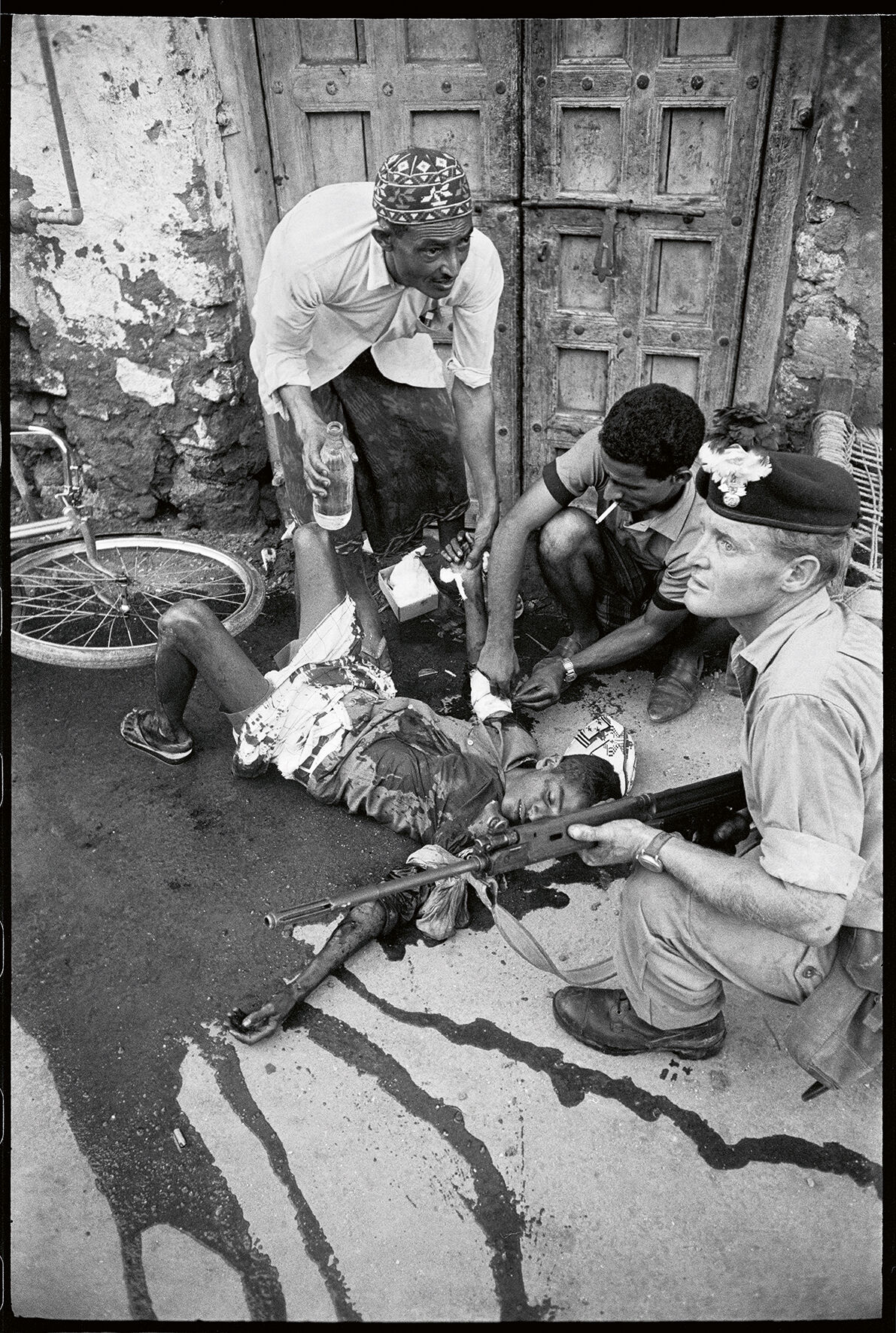 Forty years after Ramrakha’s death, a relative he never knew, Shravan Vidyarthi, uncovered the photographer’s life’s work. The son of Ramrakha’s cousin, Vidyarthi was born in 1980 and had grown up hearing stories about the young photojournalist. He had seen the print tribute in Time-Life and, as an adult, began trying to piece together Ramrakha’s life through speaking with his relatives and obtaining his passport, personal letters, and ephemera. The biggest discovery came in 2008, when he found a forgotten cache of negatives, contact sheets, and prints in the garage of Ramrakha’s cousin in Nairobi. The archive of around 100,000 images and documents was the holy grail that no one could find.

4 Images
View Slideshow
Advertisement
The following year, in 2009, Vidyarthi released a film, African Lens—The Story of Priya Ramrakha, which debuted at the Zanzibar International Film Festival and won three awards. But by that point, Vidyarthi had barely scratched the surface of digitizing and editing the enormous archive. The process took years.
In 2017, he co-curated an exhibition with curator, writer, and photo historian Erin Haney at the University of Johannesburg, entitled “Priya Ramrakha: A Pan-African Perspective 1950–1968.” And this month, they released a book with Kehrer Verlag, Priya Ramrakha: The Recovered Archive, featuring a selection of the photographer’s work, family photos, documents, and accompanying essays that contextualize the photojournalist and celebrate him as one of the first African photographers of color to gain an international profile. This has all been part of a larger effort to give Ramrakha his due: When his life was cut short, so was his legacy. “He certainly wasn’t known in the larger canon of Kenyan Indian photojournalists—or photojournalists [in general],” Vidyarthi said. “His name was known, but nobody had any idea about the depth of the story.” 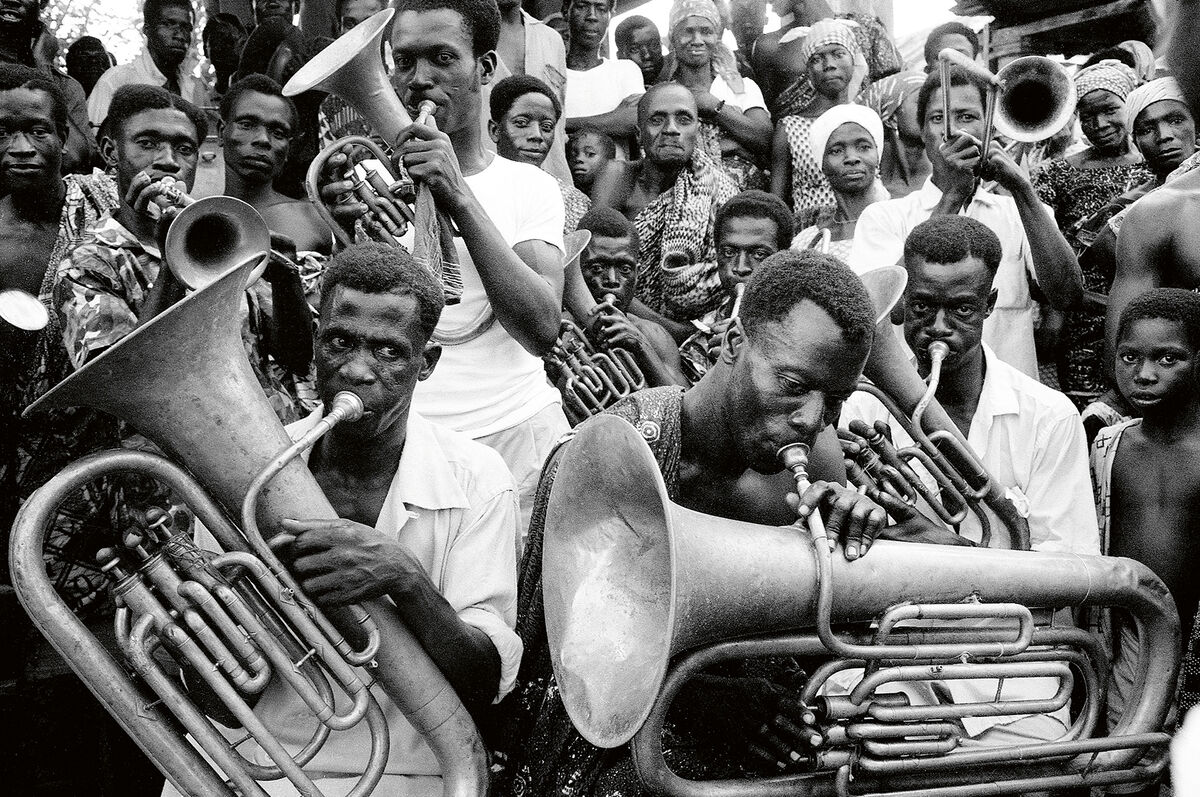 Ramrakha was one of the first Africans to receive commissions from Time-Life, America’s trusted media giant that commissioned the world’s most illustrious photographers, including
W. Eugene Smith
,
Gordon Parks
, and
Margaret Bourke-White
. Photo editors wanted access to the stories of Africa, and Ramrakha had privileges that many Africans did not. “He could get around a lot of the constraints that other African photographers faced at that time because of his British passport and his Indian status within what was colonial Kenya,” Haney explained. (Ramrakha had a British passport thanks to his grandfather, who was a British subject in colonial India.) In the 1950s, Kenyans still lived in a system of racial segregation, known as the “color bar,” that was controlled by a small minority of white colonists; Indian workers and tradesmen, who were considered the second tier, had more freedom than oppressed African Kenyans.
In the 1950s and ’60s, Ramrakha made a prolific body of work, from early images of the bloody Mau Mau Rebellion that would eventually lead to Kenya’s independence in 1963, to the joyful promise of a newly independent country. He photographed unrest and daily life with the same keen eye, and he even took on commercial fashion assignments post-independence. “For decades, Africa had been portrayed through the colonial lens by Western photojournalists,” Vidyarthi told the New York Times in 2009. “Priya became one of the first photographers to document Africa—its people and its politics—from an African perspective.” 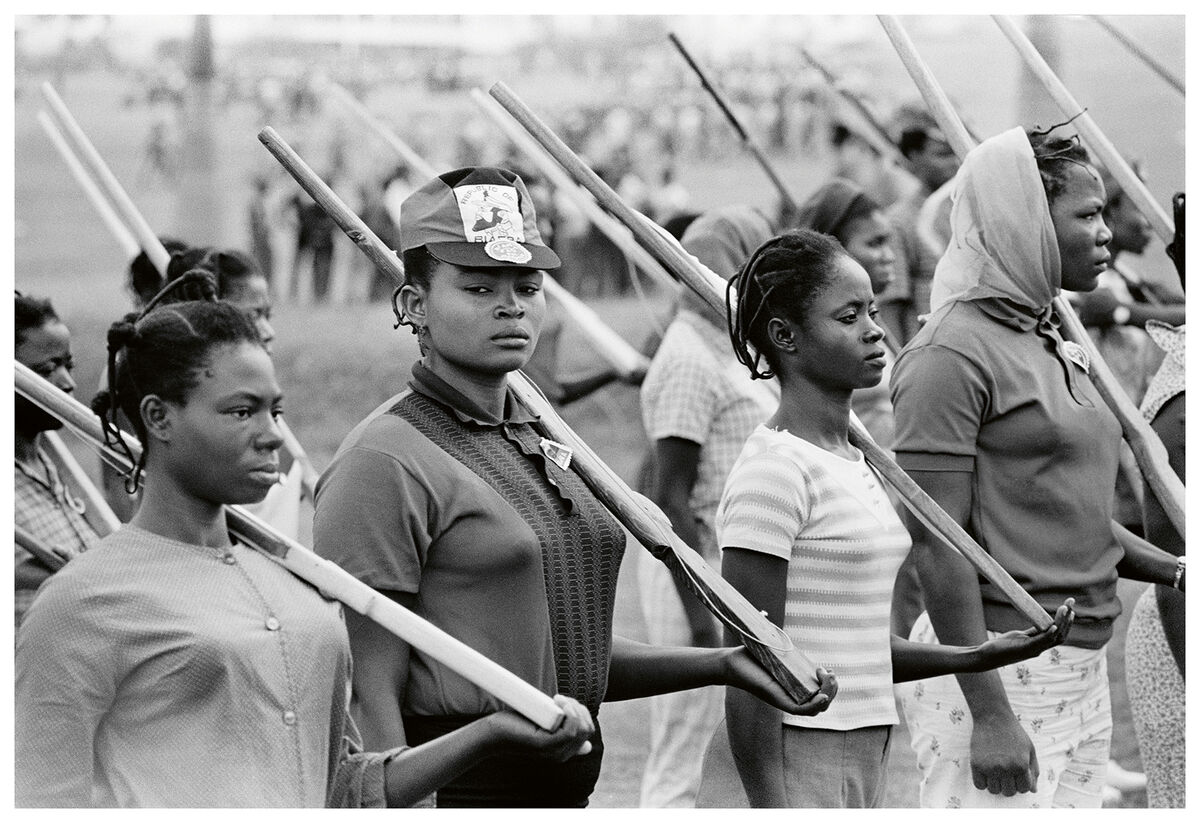 Ramrakha was born into a family that fervently supported a free and independent Kenya. His grandfather immigrated in 1900 as one of 32,000 Indians who arrived between 1896 and 1901, a rush that was incited by the construction of a railway from the Kenyan coast to Kampala, which offered job opportunities. Ramrakha’s grandfather worked on the railway and eventually became a stationmaster in 1914. Many of the arriving Indians sympathized with efforts to overthrow British rule—India eventually gained its own independence in 1947—and Ramrakha’s uncle founded an anti-colonial newspaper, the Colonial Times, in 1933.
At 17 years old, in 1952, Ramrakha took his first photography job with the newspaper, after his father gave him a Rolleiflex. He avidly photographed the movers and shakers of local Kenyan politics, but he also captured the violence of the Mau Mau uprising led by African nationalists seeking to overthrow British rule, and its radiating effects—including Kenya’s seven-year state of emergency, which began in 1952, and the mass incarceration of Kenyans in prison camps. Though he submitted images to European newspapers, as well, they were rarely published; as Ramrakha developed his own photographic voice, the press in his home country became increasingly censored. (His uncle was jailed more than once for producing the anti-colonial paper.)
By 1960, the British had begun to relinquish their hold on the East African country, allowing direct elections to the country’s Legislative Council. That same year, Ramrakha set his eyes on America. He had become an assistant to
Eliot Elisofon
, an American staff photographer for Life who was working in Africa and saw something special in the young photographer’s work. At Elisofon’s behest, Ramrakha moved to California and enrolled at the Art Center College of Design in Pasadena. 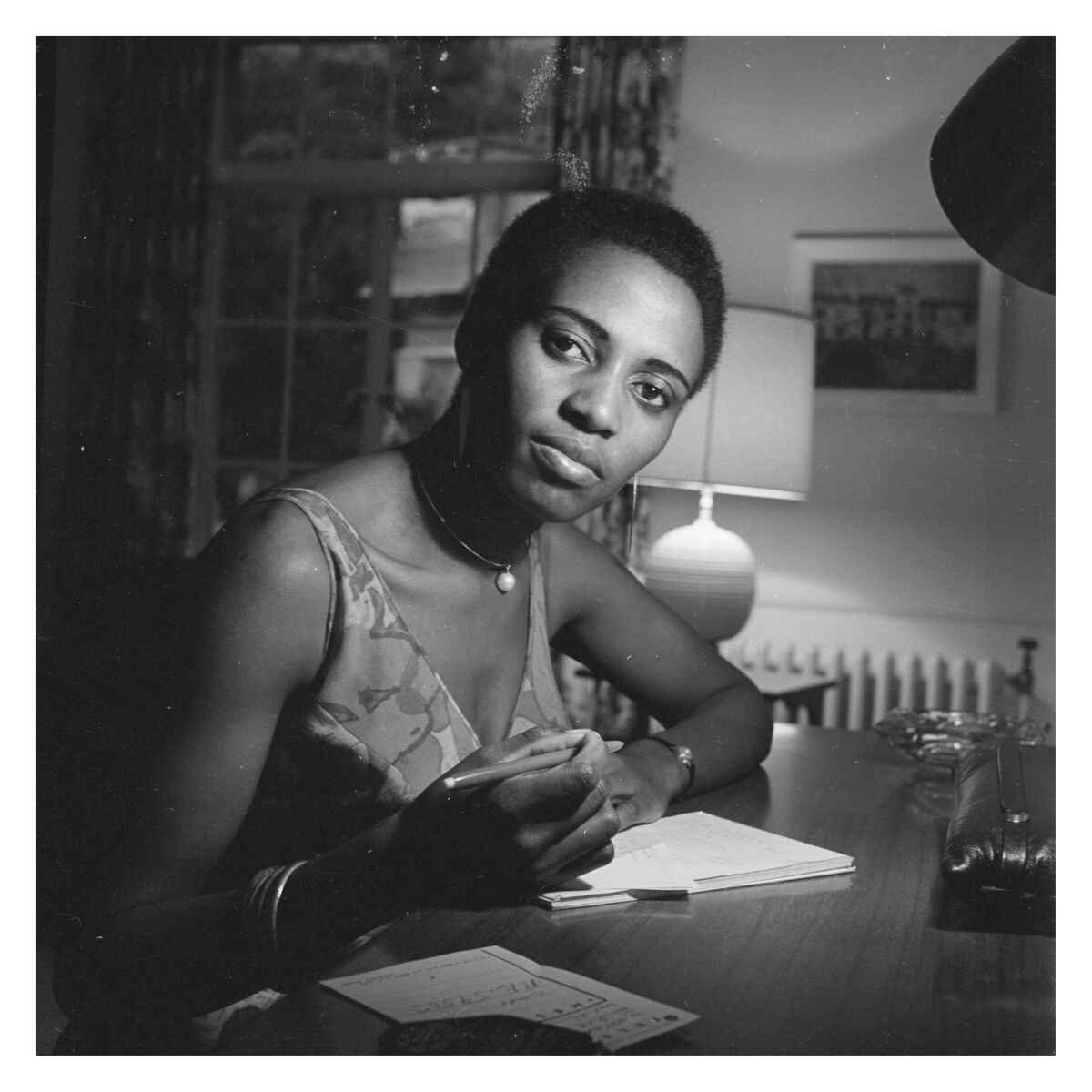 In the States, Ramrakha turned his lens on the great leaders and orators of the Civil Rights movement. In Los Angeles, in 1961, he captured a pensive Dr. Martin Luther King Jr. at a rally; in New York, in 1963, he took pictures of Malcolm X and Nation of Islam protestors on the street, and singer and activist Miriam Makeba at a desk, writing in the lamplight. 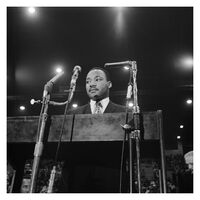 3 Images
View Slideshow
When Ramrakha returned to Kenya in 1963, he witnessed the rebirth of the self-determined country as a photographer for Time-Life. He captured the changing tides of Kenya’s first Independence Day and took portraits of residents as they moved through their daily lives. Across Africa, independence movements continued to swell, and wars simmered and flared. Ramrakha traveled to Tanzania to photograph the vast crowds at rallies and marches for Ujamaa, an African socialist movement. He embedded with soldiers in the Congo, Yemen, and finally, Nigeria. In just five years, Ramrakha’s output was tremendous.
Nobody knew Ramrakha as well as his friend Paul Theroux, an American writer, Vidyarthi said. Theroux taught in Kampala and met the photojournalist in 1966, when he acted as a fixer for Ramrakha and his Time-Life editor. In an essay for the monograph, Theroux described him as patient and gentle-natured, enormously passionate about his work, and infinitely charming. As a professor teaching the next generation of young Ugandans, Theroux saw a kindred spirit in Ramrakha, who was also committed to the cause of lifting up African society. 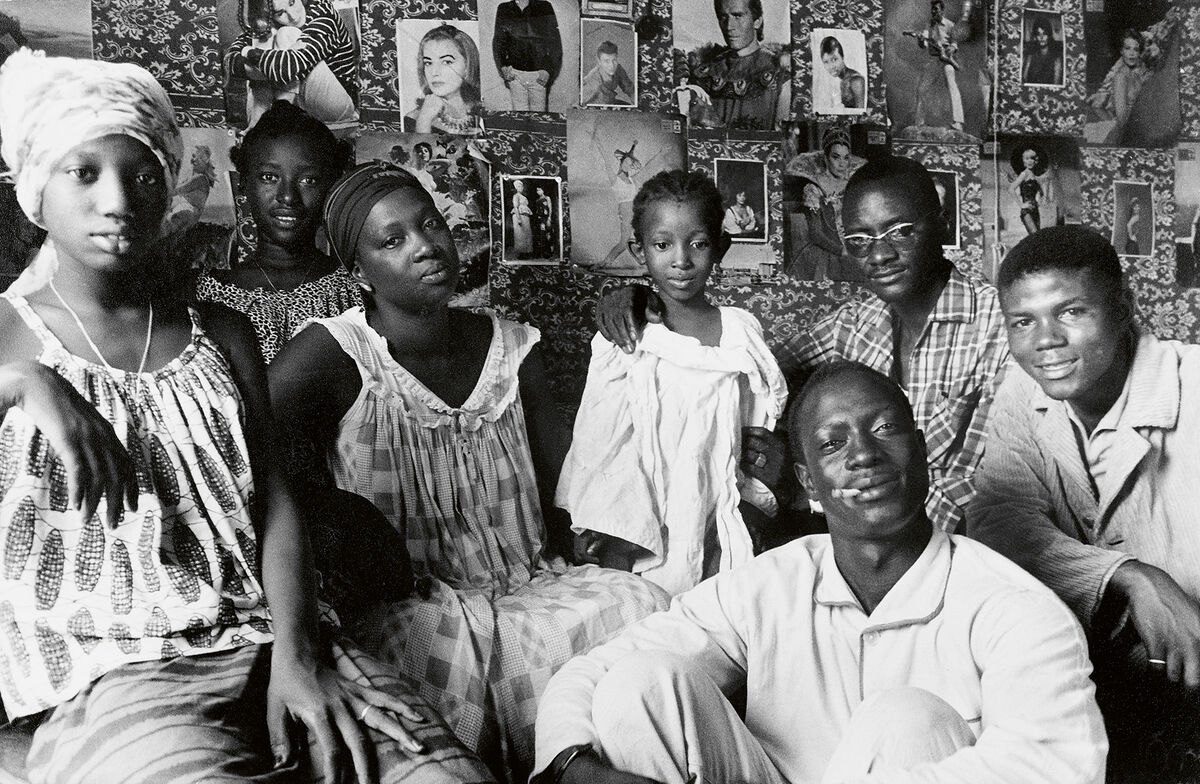 But what ultimately defined Ramrakha was his keen eye. Theroux wrote: “He became a photographer because he saw events that others missed…the swaggering politicians, the street life in towns, the texture of villages, the faces of national soldiers and rough and ready guerrillas, and the brutality, too—the casualties, the starving children, the grieving relatives, the corpses.” He added: “Priya took powerful pictures but few of them can be described as pretty.”
Though Ramrakha’s career was but a brief spark, his position as a non-white African photographer on the international stage was mold-breaking. The following decade, Kenyan photojournalist Mohamed Amin rose to prominence and left behind a powerful legacy, and in post-apartheid South Africa, others followed. Though it’s unlikely that Ramrakha had a direct influence on his successors, he represented a critical moment in photographic history, and a significant voice in Africa at a time when most were not elevated—back then, editors relied on foreign correspondents to tell the continent’s stories.
Recently, there has been a reckoning regarding how Africa is portrayed in editorial and reportage photography. Last year, National Geographic editor Susan Goldberg apologized for the magazine’s “racist” coverage, which had persisted for decades. It was far from the only magazine that furthered stereotypes of the continent; as educator and author John Edwin Mason pointed out in an essay for the monograph, Life’s coverage also played up the “primitive exoticism” of African culture. During Ramrakha’s career, Haney said, editors favored “simplistic coverage of Africa” that avoided the complexities of politics and the effects of colonialism. “At its heart [it was a] racist implication that was guiding a lot of editorial principles,” Haney continued. 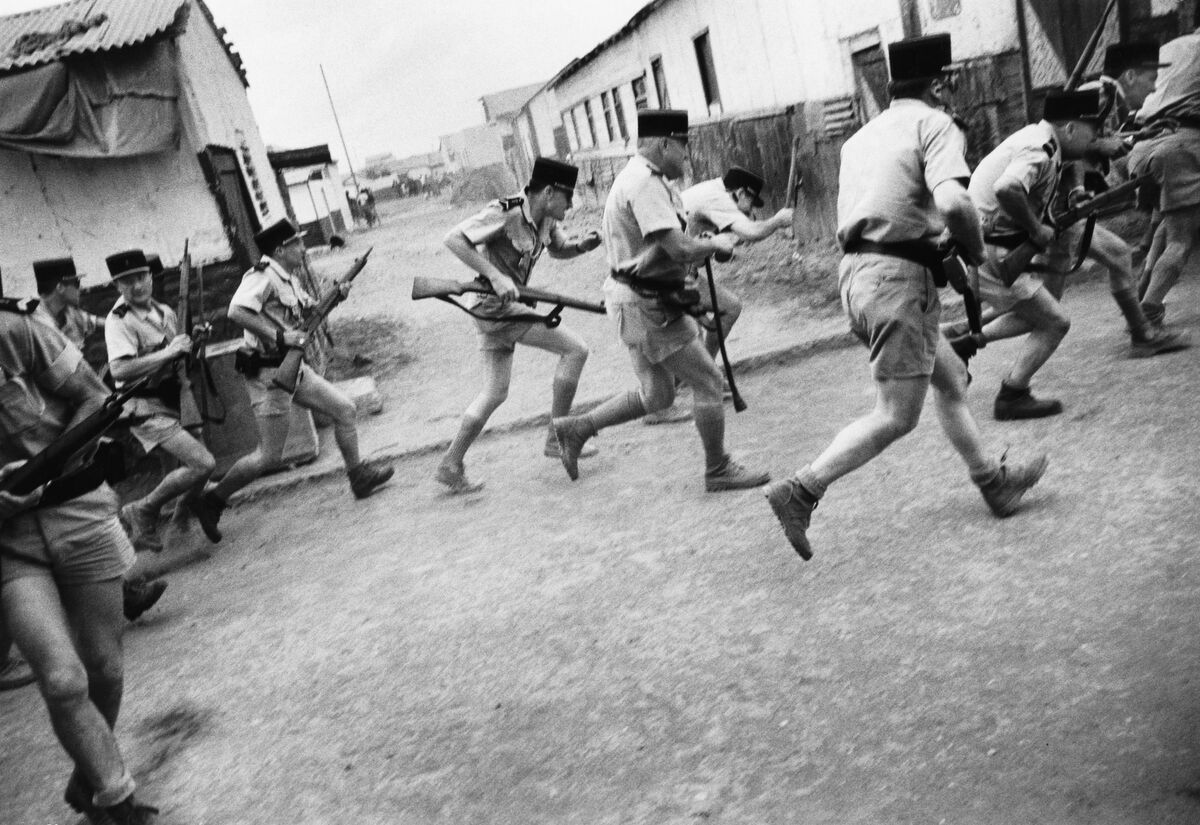 But Ramrakha didn’t tell simple stories. His images, Haney emphasized, were complex and often ambiguous, raising challenging questions. “And that’s why it’s really, really important that [his work] is coming out now because some of those stories can be explored,” she said.
Understanding the full context and breadth of Ramrakha’s imagery is the first step in cementing his legacy—a legacy for which he made the ultimate sacrifice. “I think Priya represents the heroism of his profession, the photographer willing to take the greatest risk to get the most brilliant image,” Theroux wrote. “It is one of the ironies of his last roll of film that he recorded the moments just before he died, the empty road, the flustered soldiers, the invisibility of the bullets that killed him.”
Jacqui Palumbo is a contributing writer for Artsy Editorial.
Correction: A previous version of this article contained a few errors that have since been updated to reflect the following: Priya Ramrakha was killed in West Africa not East Africa; the exhibition “Priya Ramrakha: A Pan-African Perspective 1950–1968” took place in 2017 not 2015; and Ramrakha traveled to Tanzania to photograph marches for Ujamaa, not Zanzibar.
Related Stories