Artsy Editors
Jun 25, 2015 1:17pm
New York-based artist
Kevin Bourgeois
is acutely attentive—not only to the minute details in his photorealistic graphite drawings but also to the cultural shifts in the world around him. Self taught, he has achieved a level of mastery in his medium that allows him to seamlessly depict his subjects in sociopolitical narratives that deal with the struggle for identity in a mediatized age—the subject of his recent show “Impossible Exchange” at Causey Contemporary. 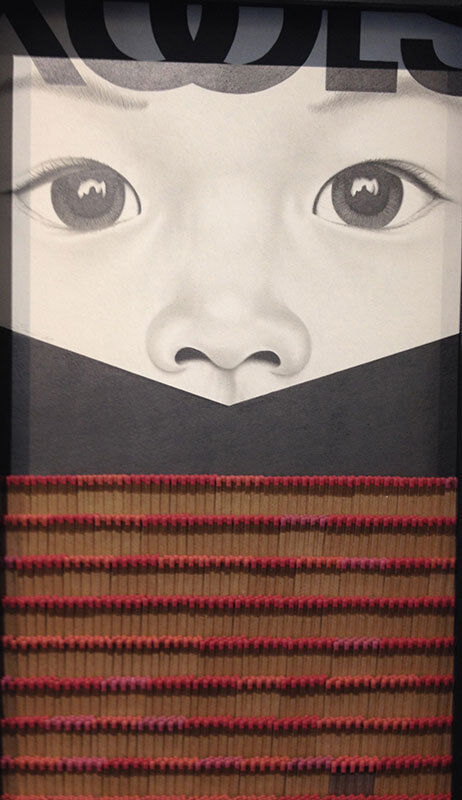 Kevin Bourgeois
"The Possibility of a Island (stone)" , 2015
Causey Contemporary 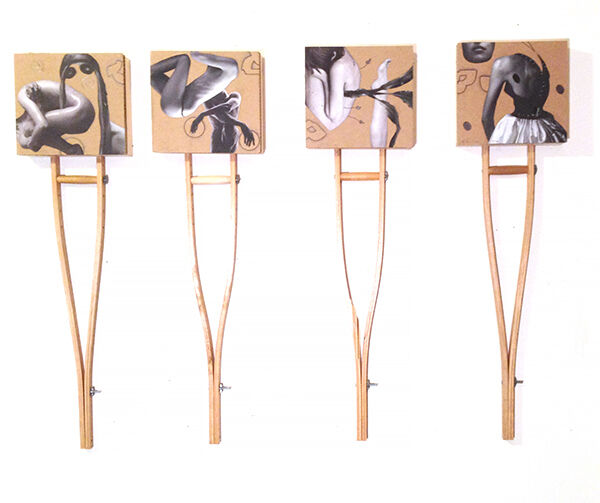 Kevin Bourgeois
Cleanse, Fold and Manipulate 1-4, 2015
Causey Contemporary
Using
collage
-like methods to parse pop culture, the media, and corporate cultures, Bourgeois explores the fragmentation of the self in a world ruled by technology and advertising. According to Bourgeois, the new body of work addresses how the “current social technological framework has modified, exchanged, or replaced our perception of identity with a visage…further diluting our actual analog worth.” One series exemplifies how consumers can, at times, become products themselves: in wall-mounted
assemblages
, layers of matches rise to almost cover the meticulously drawn faces that morph into brand logos (Kools, Pepsi, Dr. Pepper). The various ages and races of Bourgeois’s subjects speak to the universality of the “branding” experience. Other works such as Cleanse, Fold and Manipulate 1-4 (2015) focus on the human body—sections of a female form are collaged onto a cardboard and crutches. Here, Bourgeois compares physical harm (symbolized by the crutches) to the psychological effects of viewing the human body through the lens of ideals set forth by the media.

Kevin Bourgeois
Started a Burden, 2014
Causey Contemporary
Advertisement
The conceptual bases of collage and assemblage are of crucial importance to Bourgeois’ practice, both in his works that incorporate found objects and in his choice to work with graphite. While the medium is often reserved for sketching or planning, Bourgeois finds its innovative potential by employing  juxtaposition and pictorial disruption, techniques typical to collage, to create politically-charged work that transcends illustration.
–K. Sundberg
“Impossible Exchanges” was on view at Causey Contemporary, New York, May 14–Jun. 7, 2015.
Discover more artists at Causey Contemporary
Related Stories