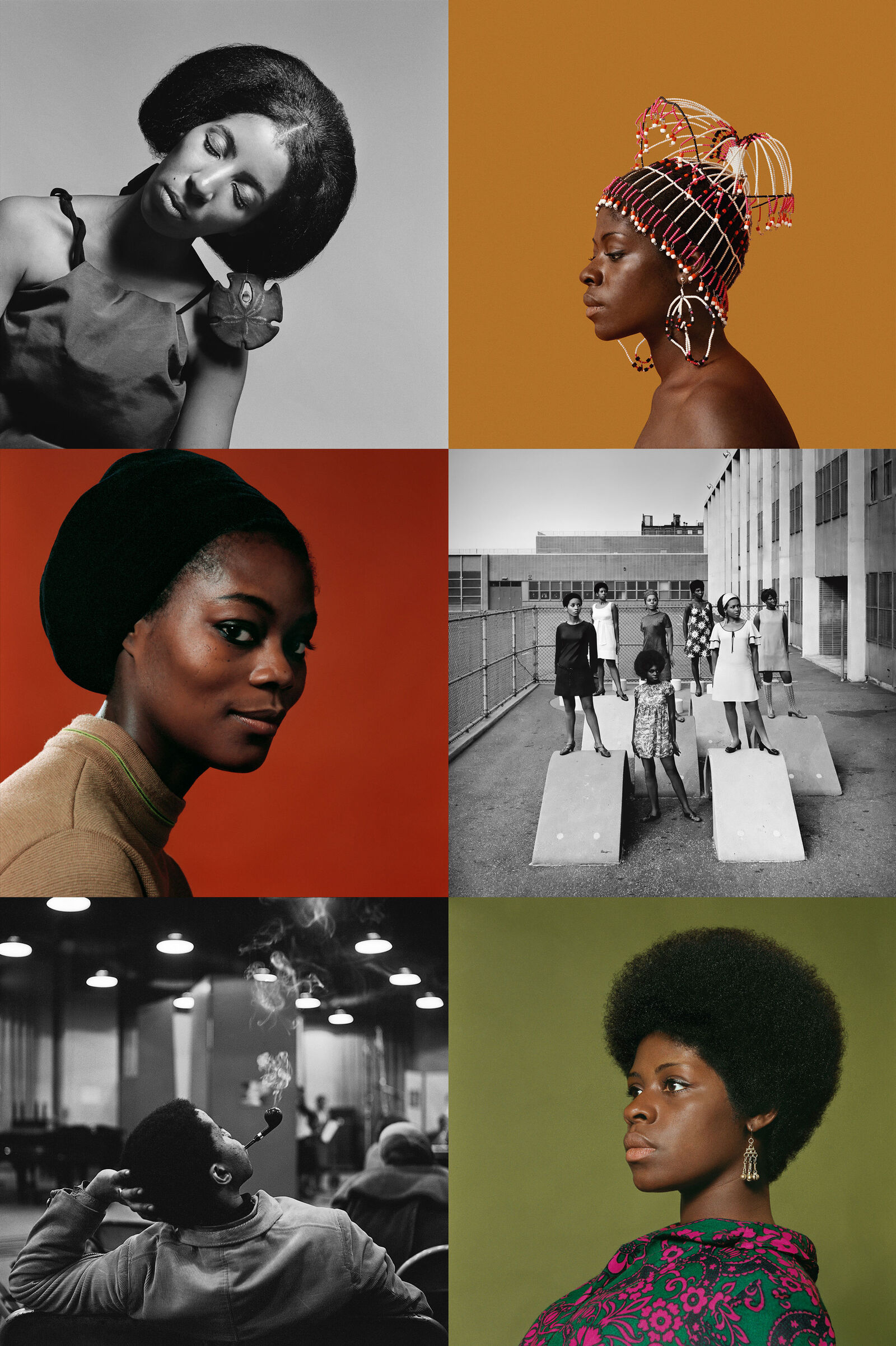 Morgan Jerkins
Apr 8, 2019 1:10pm
In 1950s Harlem, the neighborhood’s black population reached its peak. White locals departed for suburban sprawl, better schools, and more safety; a decade later, the black middle class followed suit. Those who stayed faced the effects of organized crime, widespread use of heroin, poor education, and inadequate housing. In spite of these hurdles, the people were vibrant and creative with their street fashion and art. The photographer
Kwame Brathwaite
experienced this nexus of Harlem living, and sought to immortalize its beauty, which was all but invisible from the perspective of major media outlets. 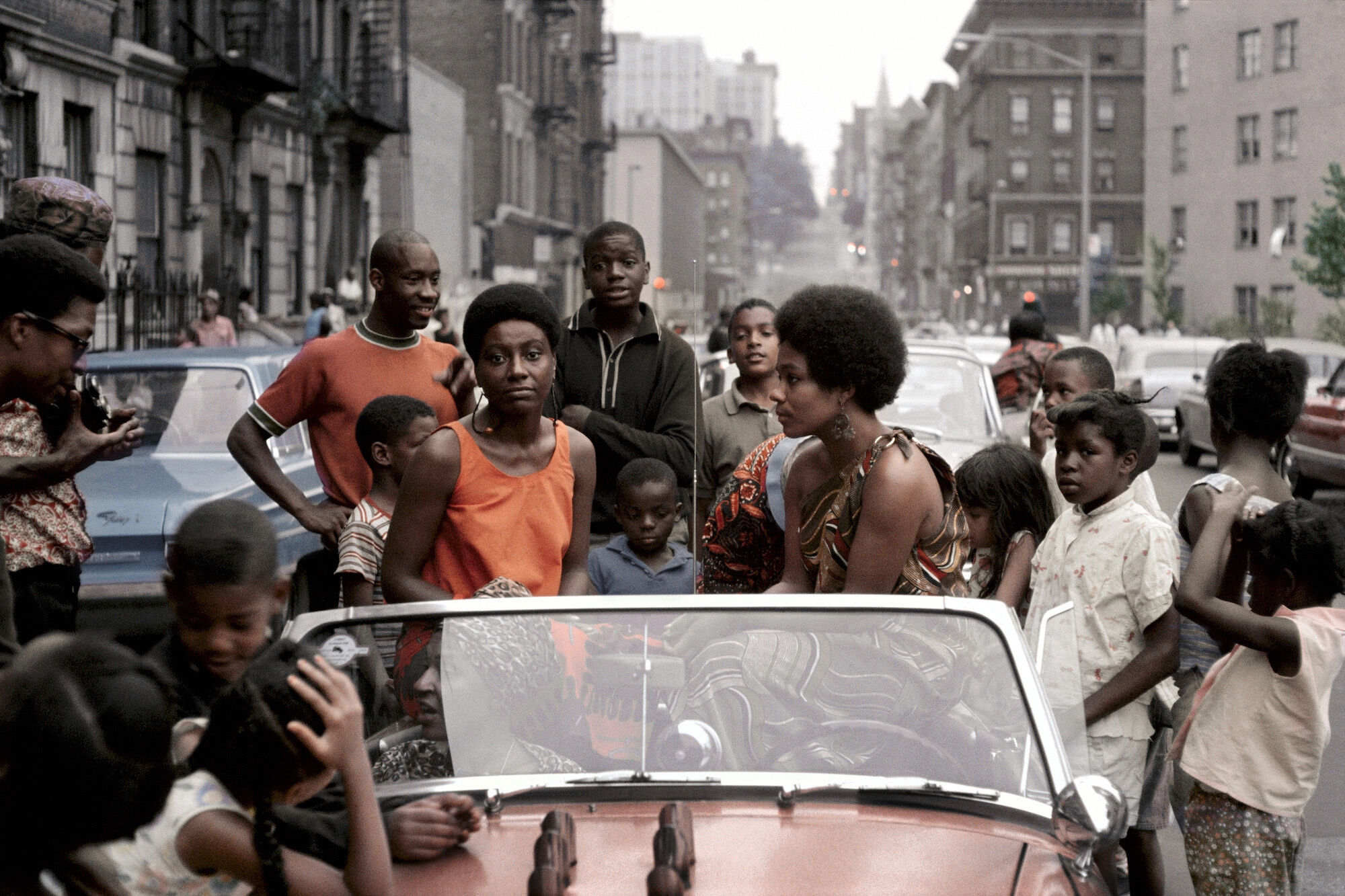 Advertisement
The phrase “black is beautiful” became a part of the zeitgeist in the 1960s, but it was Brathwaite’s photography that popularized this slogan. Frustrated with the beauty ideals for African-Americans—such as slicked hairstyles that illustrated cultural assimilation, and the overrepresentation of light-skinned black people in both black and predominantly white magazines—Brathwaite picked up his camera and encouraged his models to come as they were: thick-haired, nappy, dark-skinned, and irrepressibly black.
Born in 1938 in Brooklyn to two Bajan parents, Brathwaite was arguably endowed with an artistic talent through his painter father, Cecil. Neither of the two men were formally trained. Brathwaite was introduced to photography after his uncle Lionel, who lived with his family, lost the tops of four of his fingers in a printing press accident. He enrolled in correspondence courses to continue to make a living, and photography was one of those skills. Lionel taught Brathwaite the basics, such as loading the camera and using film. 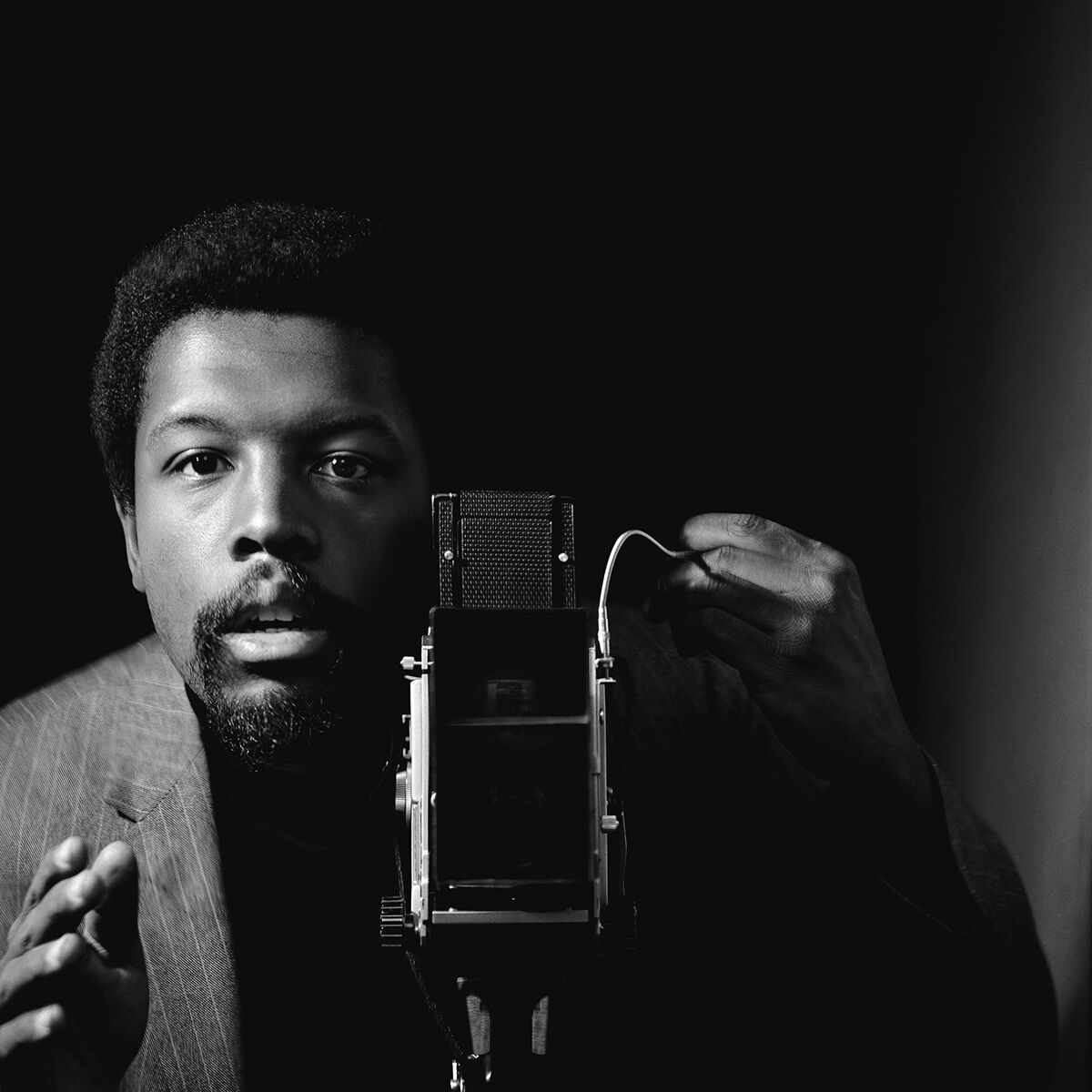 Yet another aspect of Brathwaite’s making was the diversity of black life that he experienced in Harlem. In his own family, he was a second-generation black American of West Indian descent. Out on the streets there was a mélange of West Africans, West Indians, black Southerners, and black Northerners all brushing shoulders with one another in conversation and gaiety. This diasporic cohesion led Brathwaite to consider the writings of Marcus Garvey and Carlos Cooks, who both advocated for black nationalism—and therefore a complete separation from white society—as a way to maintain and nurture a distinguishable and unified black identity. Inspired, Brathwaite, along with his brother Elombe, created the African Jazz-Art Society and Studios (AJASS) in 1956 and the Grandassa Models in 1962. (The latter’s name references “Grandassaland,” a name for Africa popularized by Cooks that described its landmass before the great erosion split it from Asia.)

Brathwaite did not depict the black woman as what she could be but as what she had always been.

In January 1962, Brathwaite also held his first beauty pageant, called “Naturally ’62: The Original African Coiffure and Fashion Extravaganza Designed to Restore Our Racial Pride and Standards.” The participants, known as the Grandassa models, were not professionals in the fashion world, which reinforced Brathwaite’s political and artistic vision. They were dark-skinned and their hair was unprocessed; they wore African-inspired garments full of lush colors, waxed cotton prints, and elaborate patterns.
Advertisement
The Grandassa Models
View Slideshow
4 Images 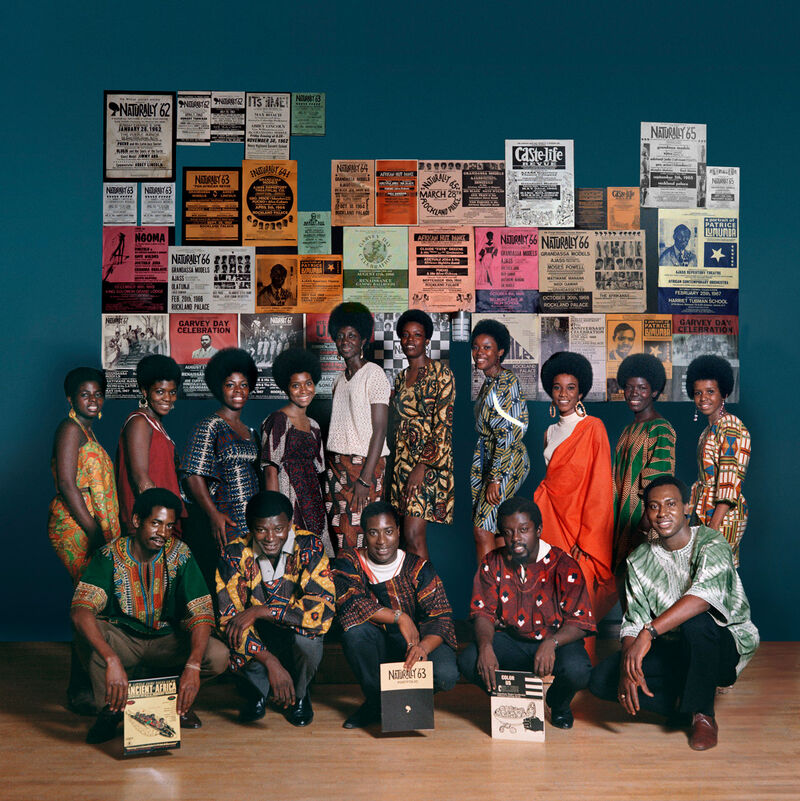 Granted, it wasn’t the first event to showcase black female beauty in Harlem: The Miss Natural Standard of Beauty Contest was held the previous year in conjunction with the African Nationalist Pioneer Movement’s (ANPM) celebration for the Marcus Garvey Day. But Brathwaite was dismayed when the women would change their hair and reapply make-up the following week to go to work—Brathwaite sought to remove the bifurcation of their public selves. He premiered his own show at Harlem’s Purple Manor jazz club, near the corner of East 125th Street and Lenox Avenue (now Malcolm X Boulevard), to much fanfare: It was so popular that a second sold-out show took place. The “Naturally” shows continued through 1980, with commemorative events lasting until 2002.
In the early days, Brathwaite and Elombe rented a studio near the famed Apollo Theater for their newly formed modeling group. They passed out flyers for their events, and, unsurprisingly, naysayers emerged, even within their own community. Brathwaite’s son and the preservationist of his life’s work, Kwame S. Brathwaite, recalled hearing a story of a black man asking his uncle, “Do you mean you’re going to have some nappy-headed women on stage?” Local hairdressers worried that if Brathwaite’s vision succeeded, black women would no longer see the need for perms and hot combs. 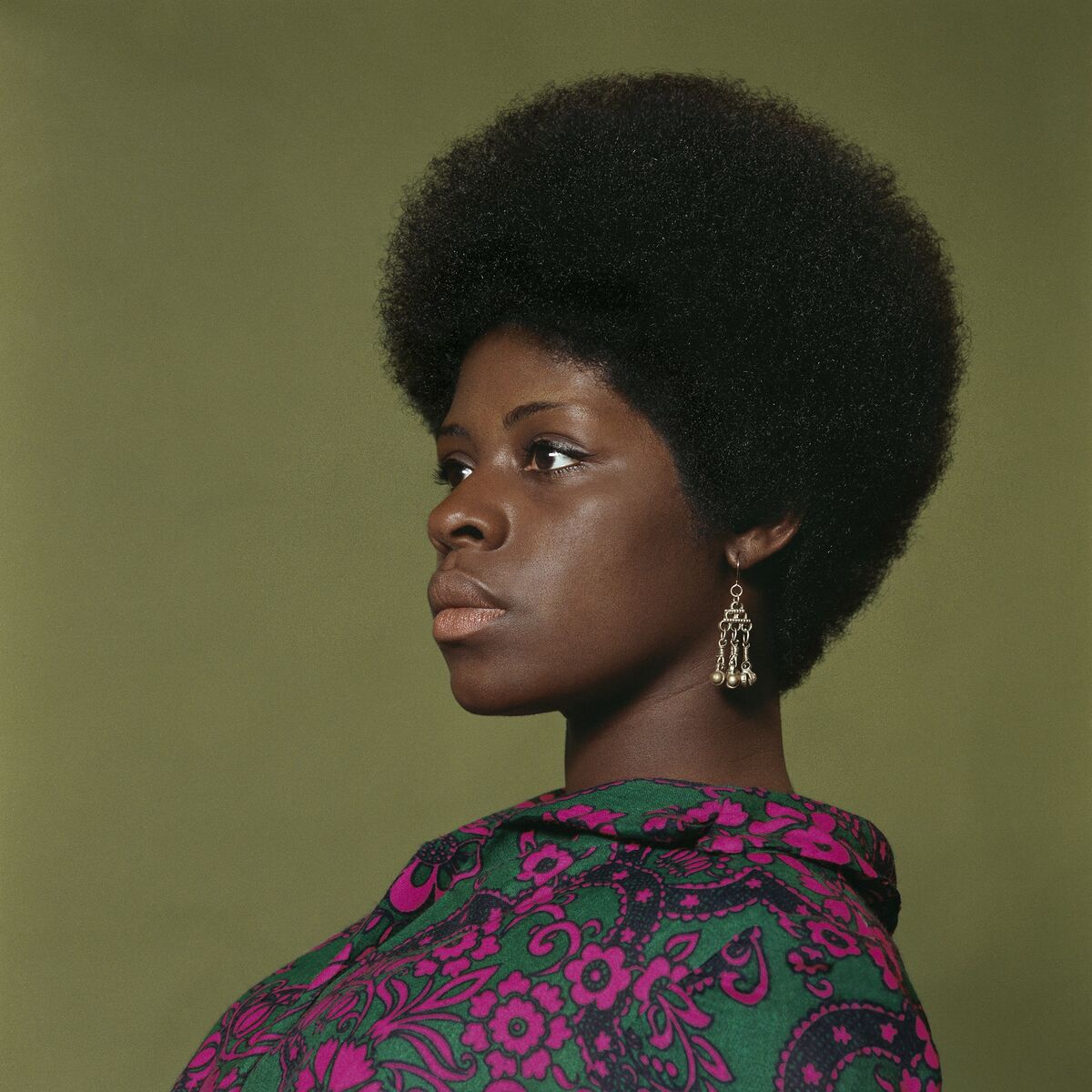 Much scholarship has been devoted to the perils of the male gaze and how women are captured through the lens as sexual objects. But for Brathwaite and his Grandassa models, these women were not just subjects, they were family who participated in his photo shoots and discussed the politics of Pan-Africanism movements. Nomsa Brath (formerly known as Helene White), Brathwaite’s sister-in-law, was one of the original eight Grandassa models, and designed many of their clothes.
“I had a vested interest in how we would be photographed and presented,” she said. “Kwame’s success at capturing the black female aesthetic encouraged us in all facets of our lives, not just modeling for audiences. It’s a confidence that happens when you see your face on album covers [and] posters all across the country and world. It was a great time and we had a great sisterhood.” 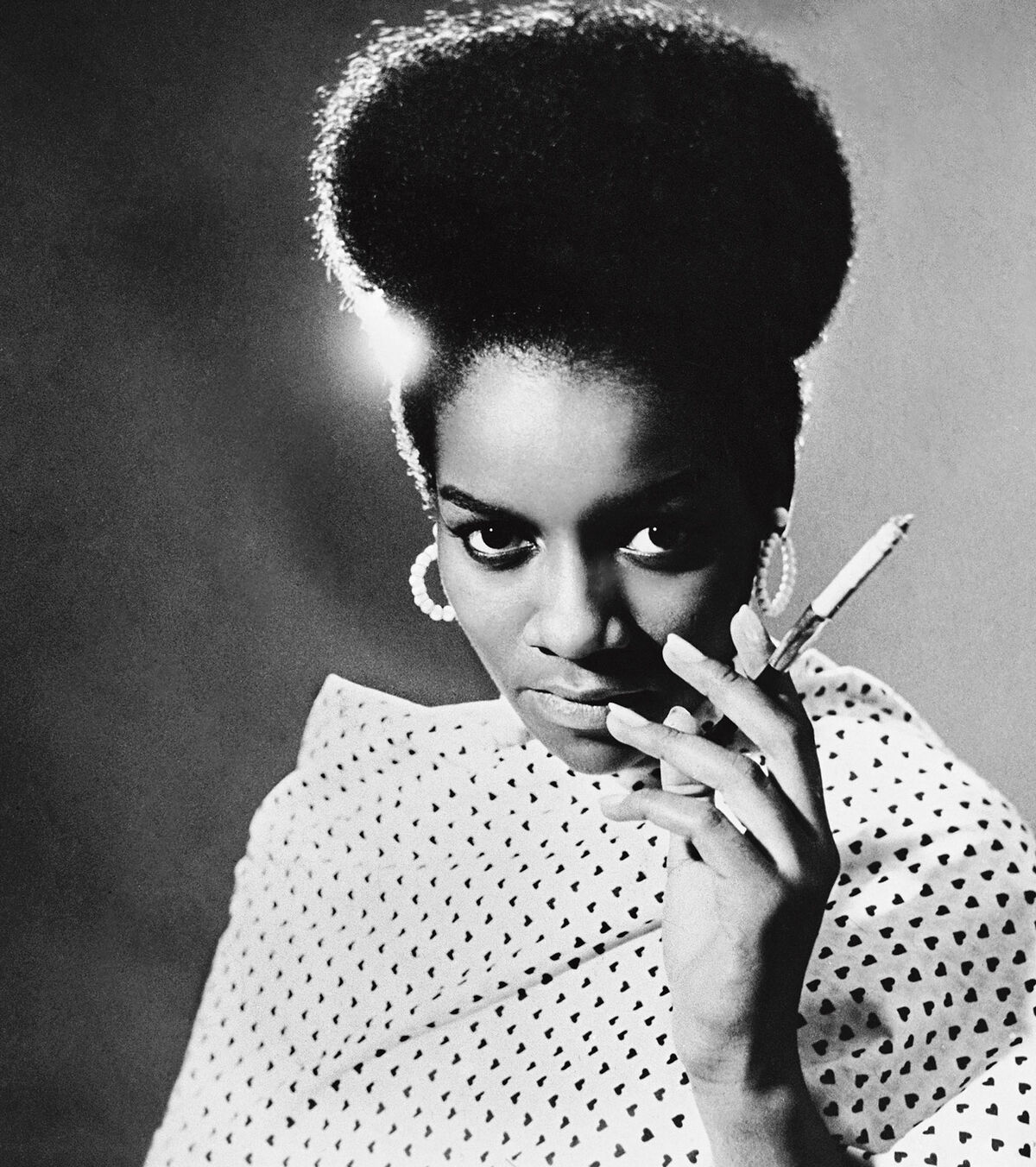 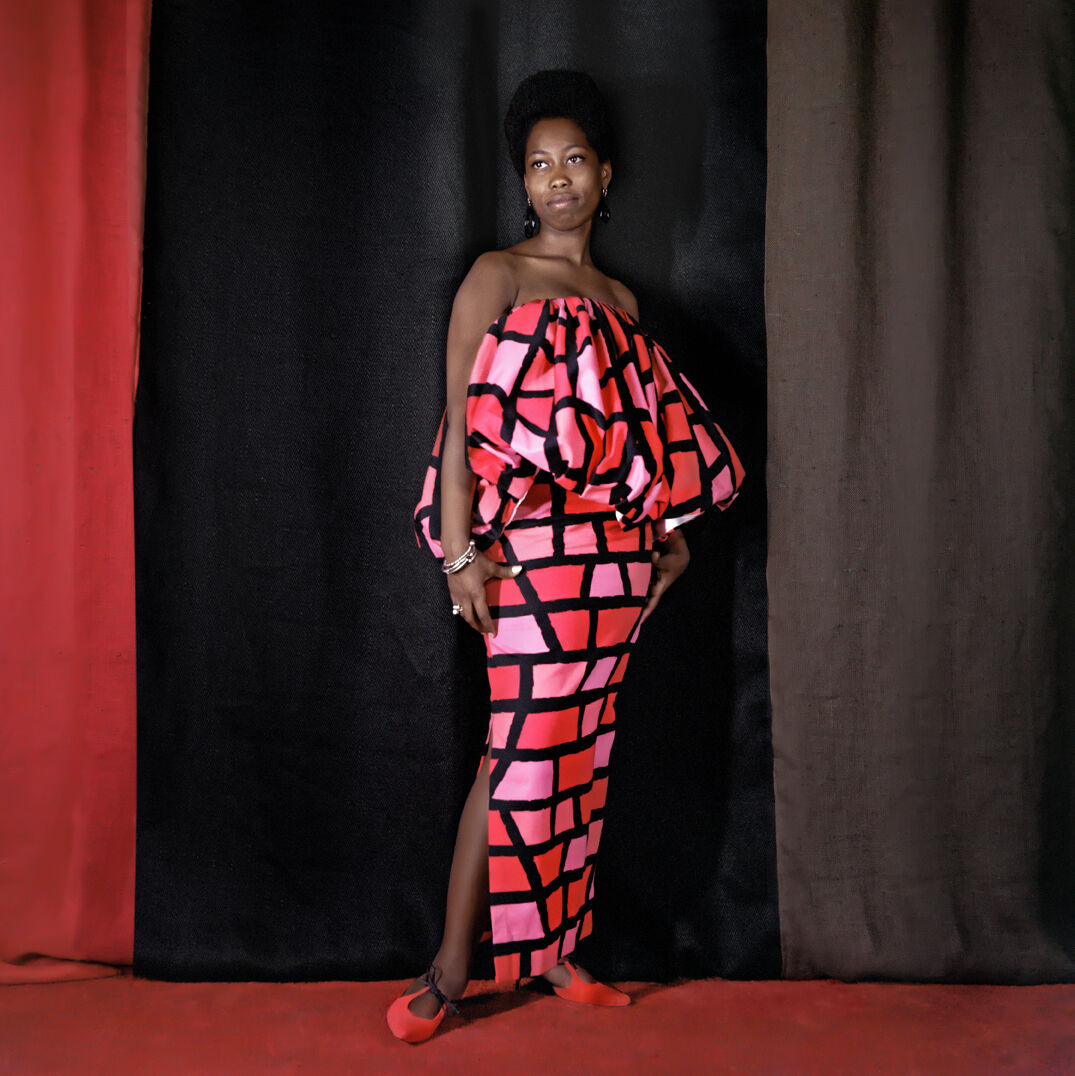 Over 56 years have passed since the Grandassa models were introduced to the world, and Brathwaite’s recognition has at last arrived. In 2017, the Aperture Foundation honored Brathwaite at its annual gala, and will publish a book of his work this May. The foundation is also hosting a traveling exhibition of his photography until 2021, including an upcoming show at Skirball Cultural Center in Los Angeles from April 11th to September 1st. Aperture’s support was once a dream for Brathwaite and his son: “He felt like this was a culminating moment in his career,” Kwame S. said.
Kwame S. began preserving his father’s works five years ago, which he balances with a full-time job in real estate. Although some of Brathwaite’s photographs are housed in Harlem at the Schomburg Center for Research in Black Culture for research purposes, before Kwame S.’s handling, most of his father’s work was at his home and in storage. In addition to Brathwaite’s oeuvre of black women, the archive includes the photographer’s documentation of historic cultural events, such as the Jackson 5’s trip to Africa in 1974 and Muhammad Ali’s widely publicized Zaire boxing match against George Foreman, “Rumble in the Jungle,” of that same year. 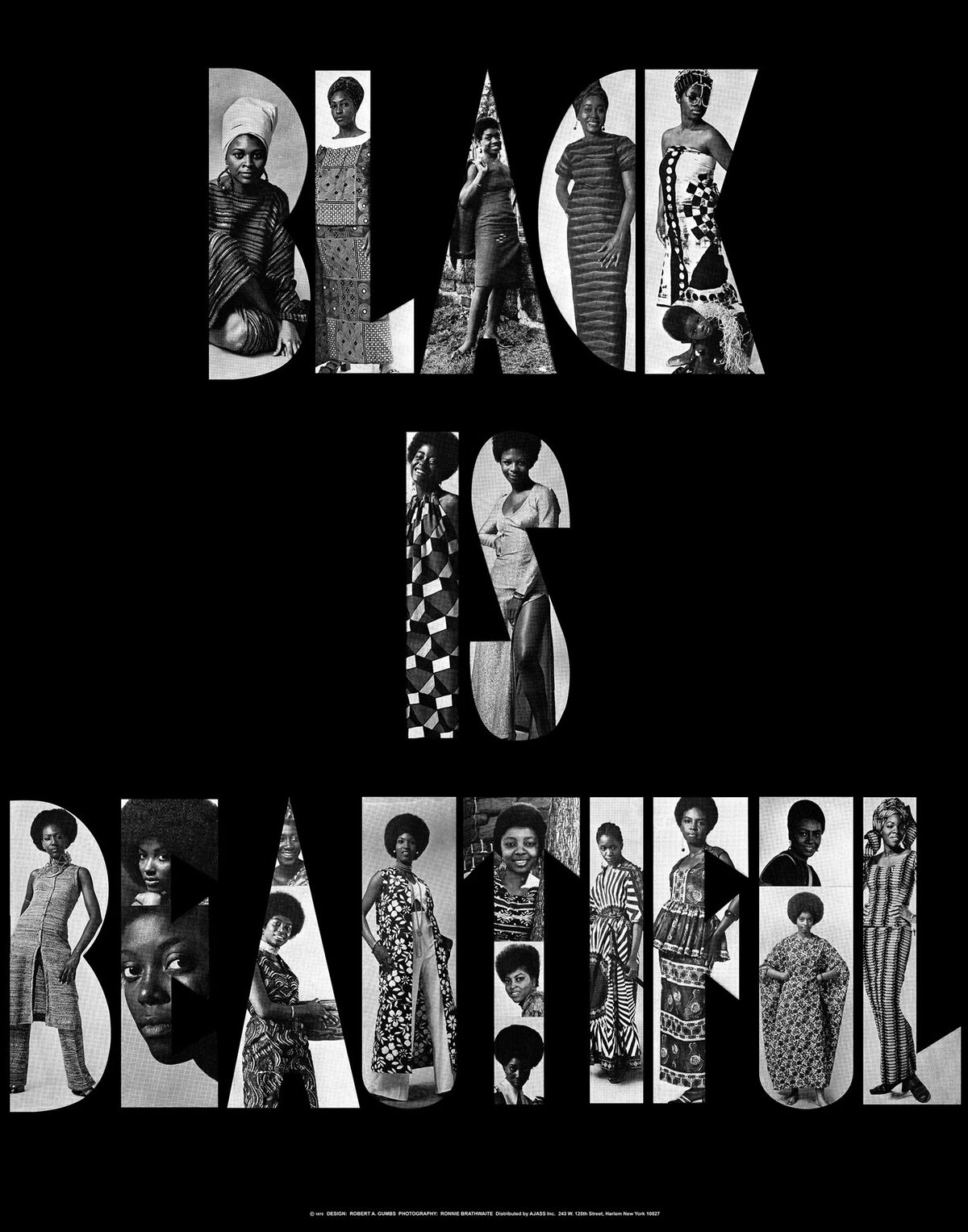 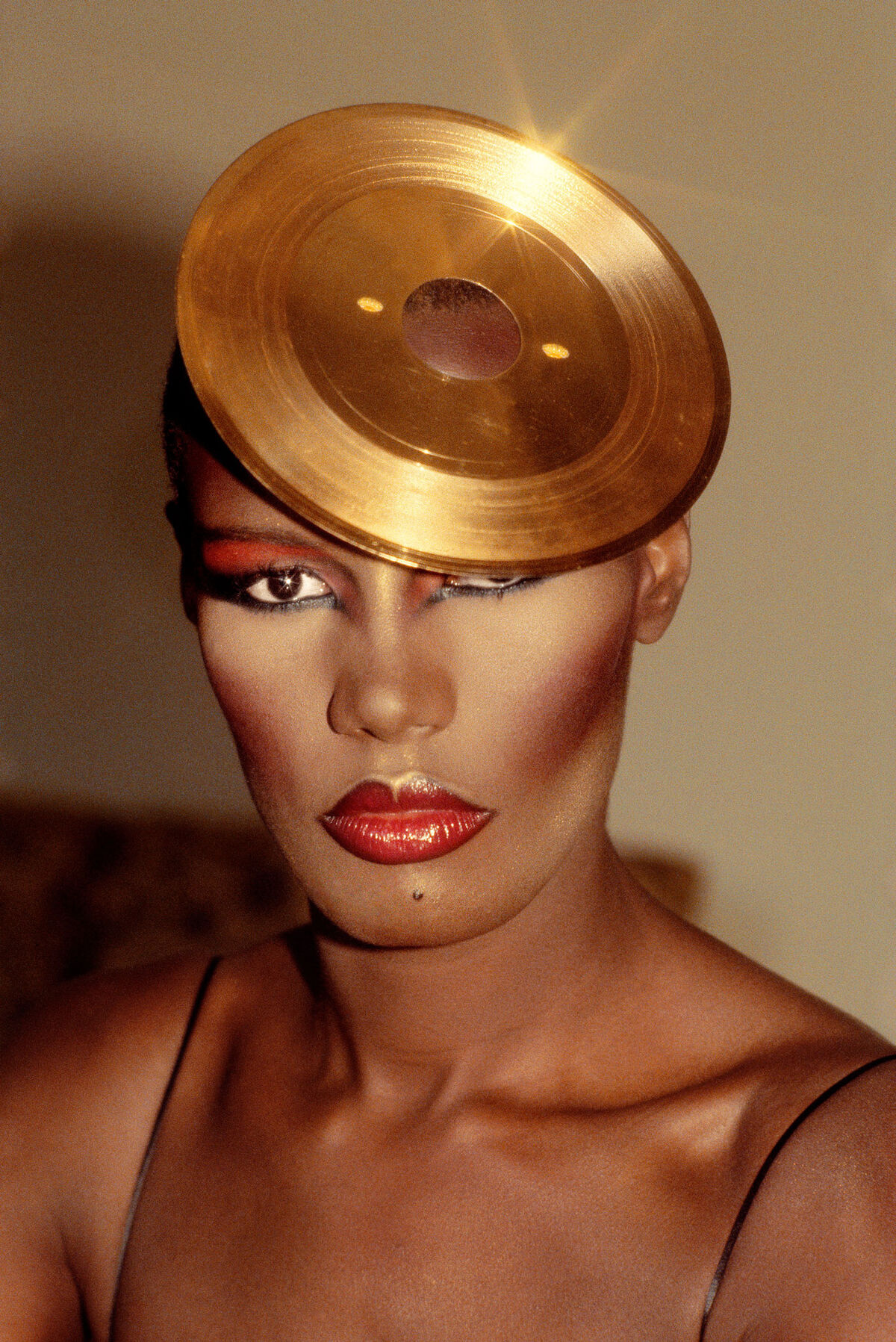 When asked about his father’s lasting influence on the perception of afrocentric beauty, Kwame S. said, “There’s a whole natural movement that is both around the world and online. As more people hear about his work, [they] understand where the ‘black is beautiful’ visualization came from. It’s being embraced by so many people who didn’t realize that’s why their parents wore their hair the way they [did].”
The movement’s influence is not only intergenerational, but also economical. According to the research firm Mintel, in 2016, 71 percent of black adults in the United States wore their hair naturally at least once that year, and black consumers spent an estimated $2.56 billion on hair-care products. Black cover girls—such as former first lady Michelle Obama, model Adwoa Aboah, and actresses Viola Davis, Gugu Mbatha-Raw, and Yara Shahidi—have recently flaunted their natural crowns in magazines such as Vogue, Essence, Allure, and Porter. And, just this year, the New York City Commission on Human Rights released new guidelines stating that there can be no discrimination, particularly towards African-Americans, based on hair.
Through Brathwaite’s delicate and compassionate eye, the black female form, unadulterated in appearance, gave a new visual language that helped heal centuries-old white-supremacist wounds. The Grandassa models were an idealization of a black female utopia, which reinvigorated a limitless Africa that carried all the dialects, languages, accents, and subcultures within one womb. Brathwaite did not depict the black woman as what she could be, but as what she had always been, her beauty a constant and not something to be fixed.
Morgan Jerkins
Header Image (from left to right, top to bottom): Kwame Brathwaite, Carolee Prince wearing her own jewelry designs, African Jazz-Art Society & Studios (AJASS), Harlem, ca. 1964; Sikolo Brathwaite wearing a headpiece designed by Carolee Prince, African Jazz-Art Society & Studios (AJASS), Harlem, ca. 1968, from Kwame Brathwaite: Black Is Beautiful, Aperture, 2019. © Kwame Brathwaite Ethel Parks, African Jazz-Art Society & Studios (AJASS), Harlem, 1969. Courtesy of Philip Martin Gallery; Man smoking in a ballroom, Harlem, ca. 1962, from Kwame Brathwaite: Black Is Beautiful, Aperture, 2019. © Kwame Brathwaite.
Further reading in Visual Culture