An L.A. Dinner Party Spotlights How Napoleon Used Art to Keep the Throne 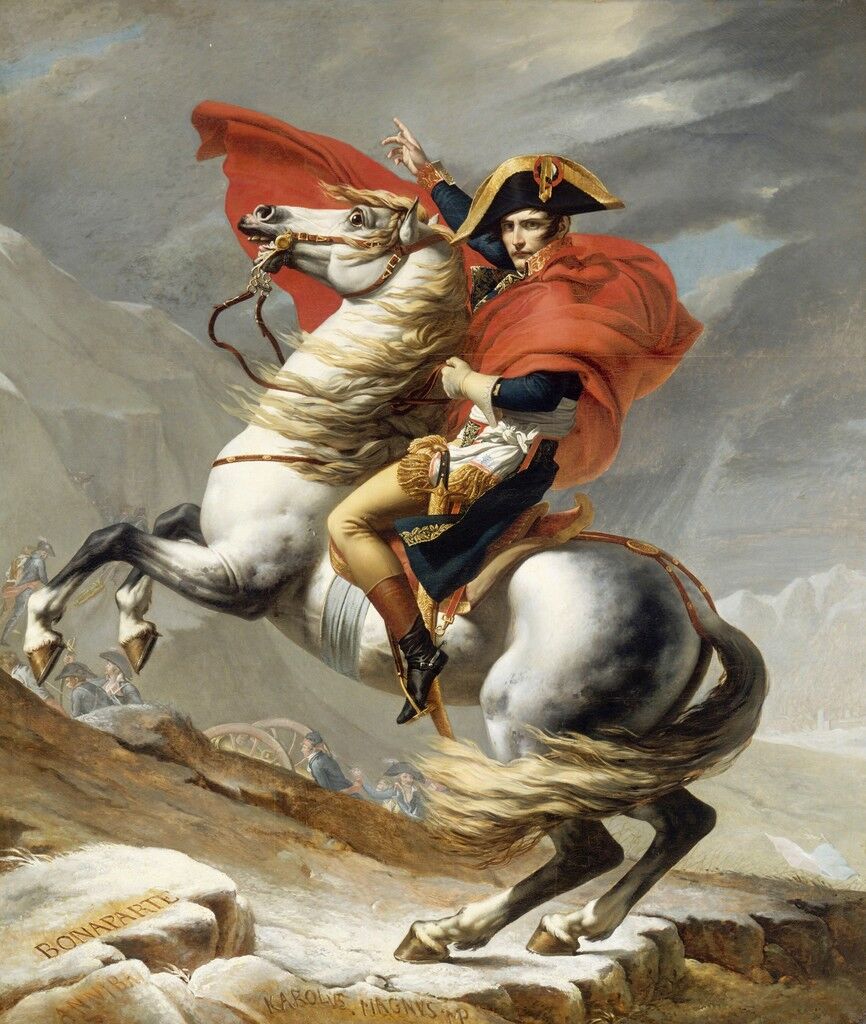 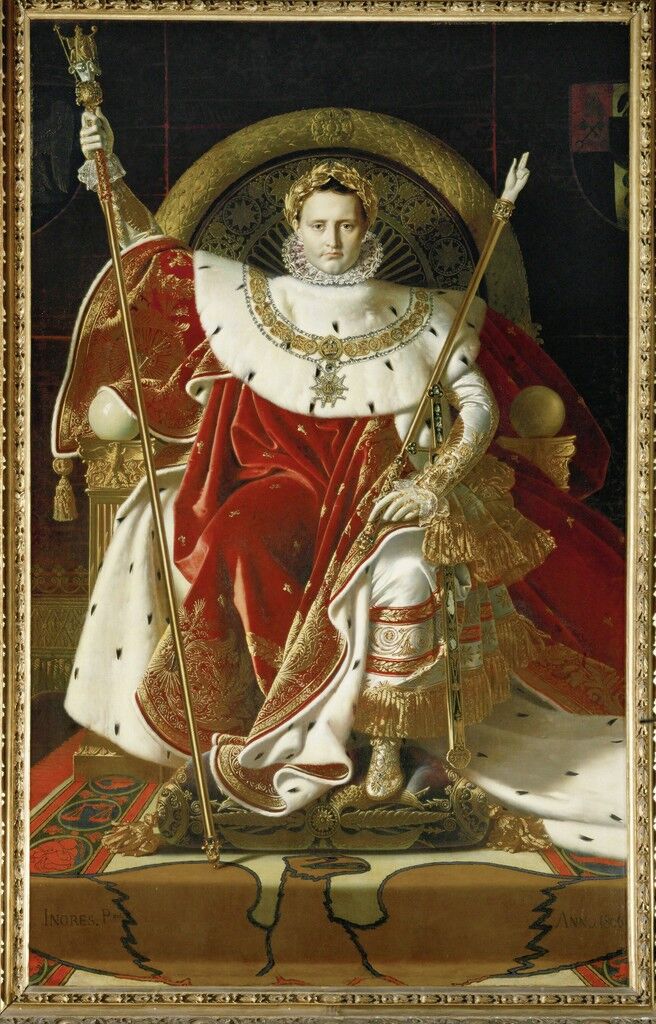 Jean-Auguste-Dominique Ingres
Napoleon on his imperial throne, 1806
Musee des Beaux-Arts, Rennes
At the end of a long table, a man and a woman sit with paper crowns atop their head and fake beauty marks on their faces. Behind them, a projection reads “show me what autocracy looks like; this is what autocracy looks like.” On the left is a portrait of Napoleon Bonaparte and on the right a photograph of President Trump.
This pageantry was staged at Los Angeles food and art space Thank You for Coming, to set the scene for a discussion of the role that art plays under an authoritarian regime, and specifically, the way Napoleon used art to bolster his public image.
The one-night-only event, dubbed “Napoleon Salon: Dinner in the First Empire,” was produced through a collaboration between Thank You for Coming and the online publication Dilettante Army. The dinner featured six courses tied to certain historical and sociopolitical facts about Napoleon’s reign, and the culture in which he lived.
At the meal, Dilettante Army editor-in-chief Sara Clugage spoke to guests about Napoleon’s reign, and shared the history behind the food served that evening—including tomato consommé, a lemon sorbet to cleanse the palate after the second course, and beef medallions. The meal ended with pastries, some of which were decorated in Napoleon’s colors. 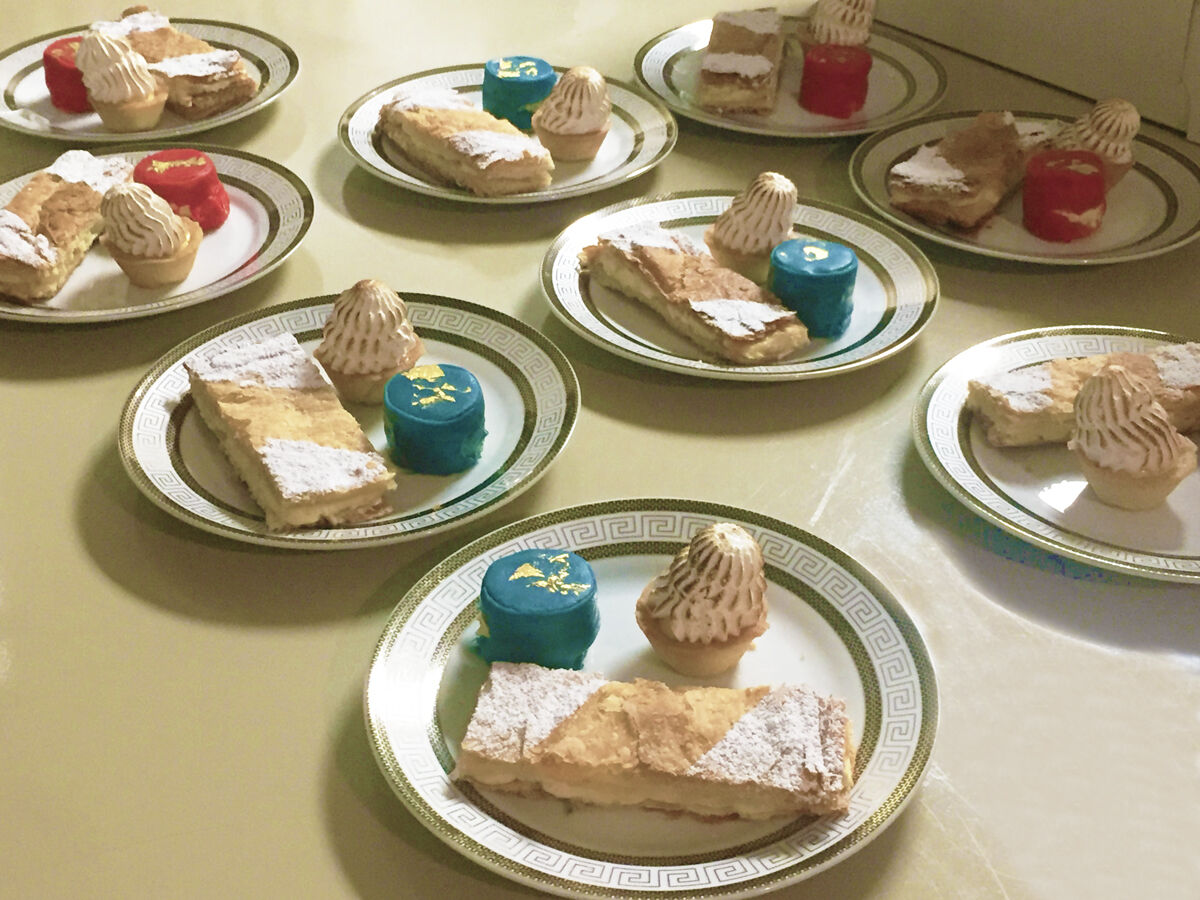 Pastries made by Cayetano Talavera. Courtesy of Dilettante Army/Thank You for Coming.

“Napoleon didn’t have a drop of royal blood in his body,” Clugage told me days before the dinner. Due to the fact that he was a foreigner, born in Corsica, he wasn’t in good standing when it came to top commanding positions, which were normally reserved for those of higher blood. To compensate for this and solidify his role as a strong leader, Napoleon went to great lengths to ensure that his image was crafted flawlessly.
“He ruled in kind of the strongman fashion where everything he did had to be better than the average person,” said Clugage. “One way to do that is by having the best things and throwing the best parties. And he made that happen.”
At the dinner, Clugage noted that Napoleon didn’t really care for food that much; he was a picky eater. But it was in his time that his chef Marie Antoine Carême rose to celebrity status.
At the state banquets where Carême cooked, Napoleon showed his power and wealth through symbols that pervaded his palaces. In step with tradition, Clugage’s dinner table was set with choice napkins and a tablecloth featuring some of Napoleon’s favorite motifs: the hand of justice and the imperial eagle. 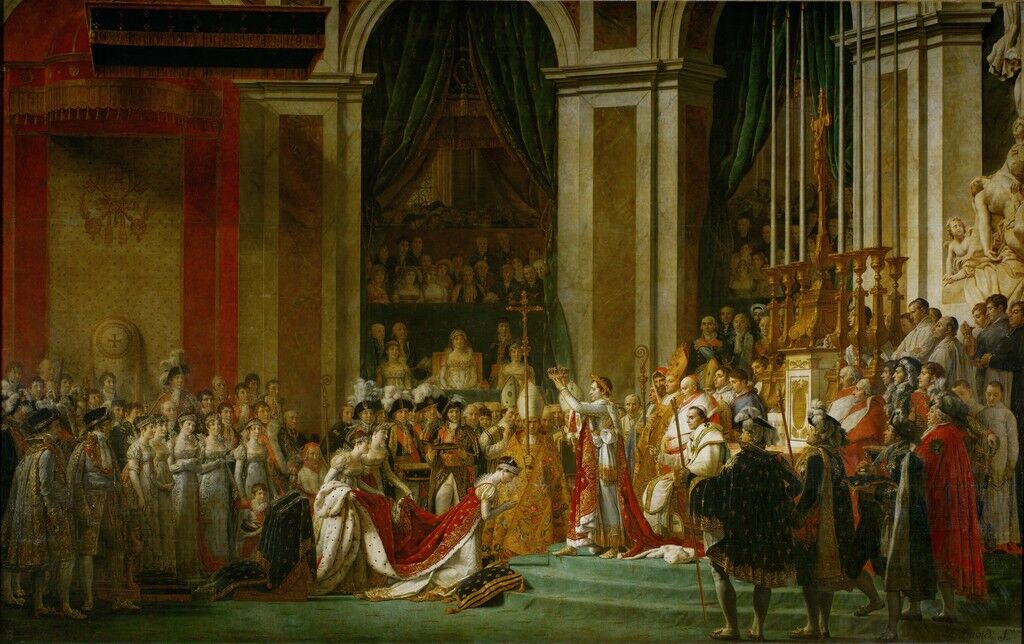 Jacques-Louis David
The Consecration of the Emperor Napoleon and the Coronation of Empress Joséphine on December 2, 1804, 1806-07
Musée du Louvre, Paris
Advertisement
“Napoleon put big capital Ns on everything,” said Clugage. “He used an imperial eagle and a bee on everything in all of his palaces—the door plates had an eagle with a laurel wreath and the star of destiny. It was just absolutely everywhere.”
His need to create these symbols benefitted many makers, such as the porcelain factory of Sèvres. Though more widely recognized today are the portraits and paintings he commissioned from leading artists. He hired
Jacques-Louis David
as his court painter and looked back to the portraits of Emperor Augustus, in keeping with his desire to “establish a visual link between himself and Roman emperors.”
“Artists were really well paid and he went to the salons at the Louvre himself,” said Clugage. “He would recognize painters and give them medals from the factories that he had founded.” Though on the flipside, with his patronage there also came some censorship. “You couldn’t criticize the sovereign or the government in any way,” Clugage notes, and, “even though artists made these innovations with form, content was really static.” 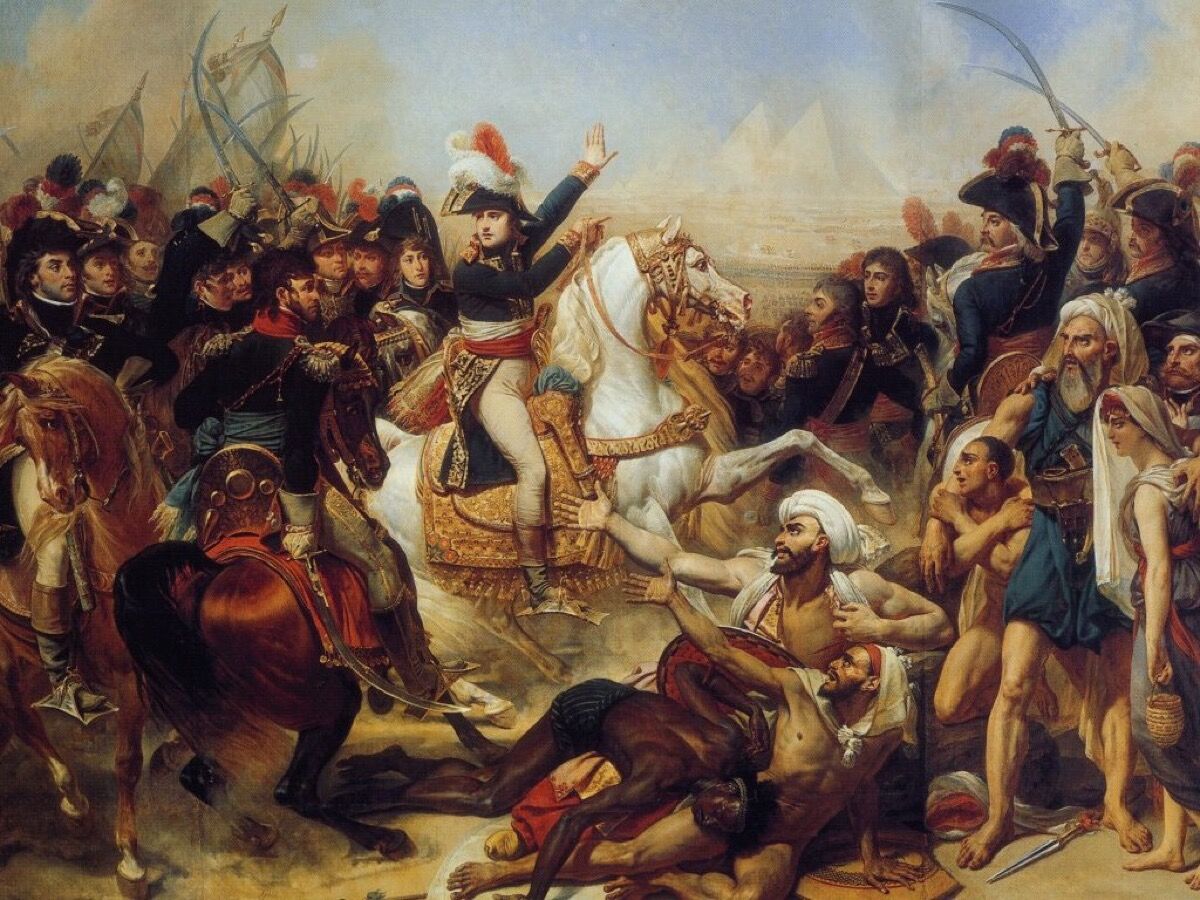 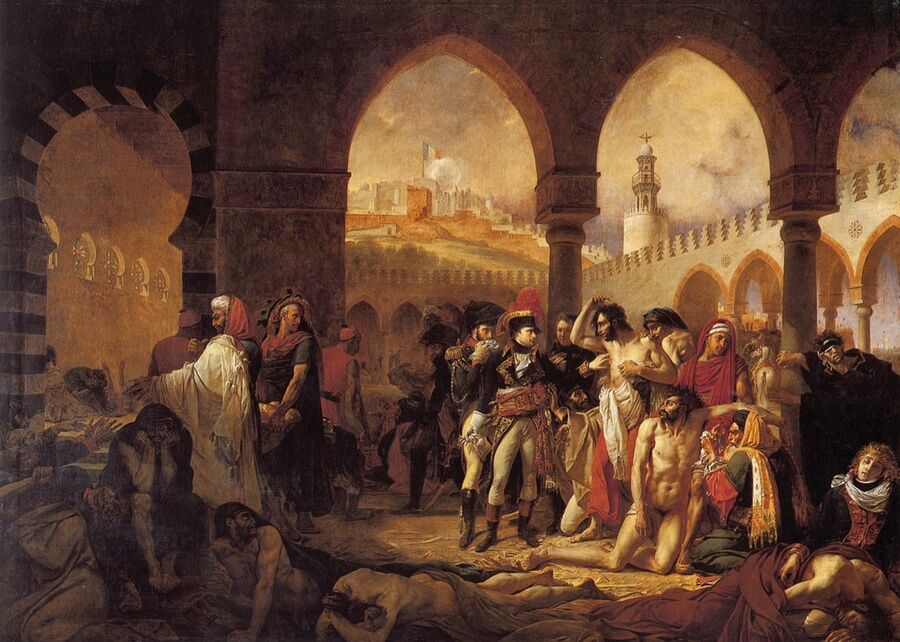 Napoleon often dictated the details and composition of a piece, from the size of the canvas, the presence (or absence) of figures, and the poses of each subject. He commissioned paintings of his battles, to ensure they would be recorded for posterity.
Antoine-Jean Gros
’s paintings like Napoleon at the Battle of the Pyramids (1810) show him as all-powerful conqueror. And Gros’s Bonaparte Visiting the Victims of the Plague at Jaffa, March 11, 1799 (1804) make his touch seem like a healing one.
Despite the common myth around Napoleon’s height, what bothered him more was his position in the world, Clugage explains, and the fact that he was born into minor Genoese nobility in Corsica. These paintings became a way to reinforce his power—something that Clugage sees as eerily familiar in terms of the current presidency. Both men, she argues, are “very interested in the idea of a personal brand.”