The Legendary Bars Where Famous Artists Drank, Debated, and Made Art History 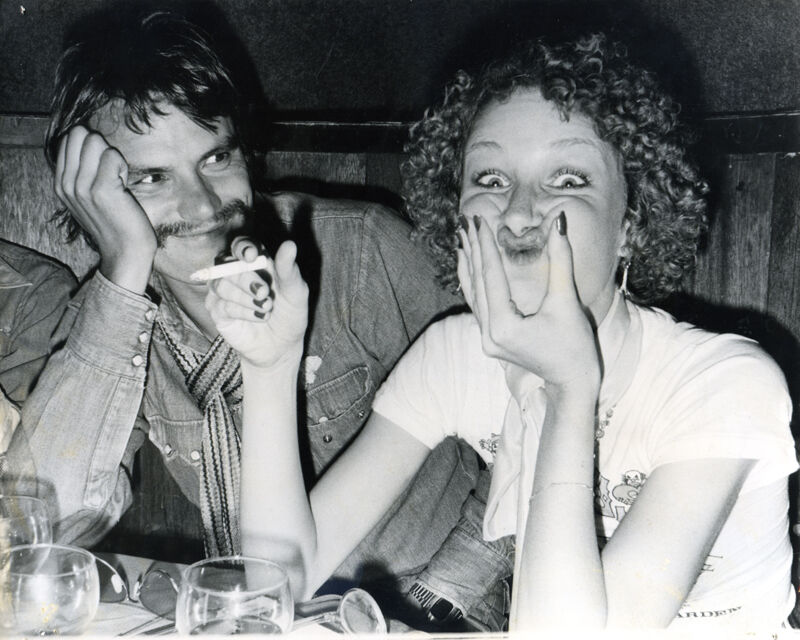 On a recent weekday evening at the Lower East Side bar Beverly’s, a neon pink glow enveloped a young crowd downing cheap cans of Modelo. In the long, narrow venue, patrons ate chips and guacamole from a takeout joint, while drinkers’ sartorial choices—white sneakers, fitted sweatpants—suggested the bar’s dominant mode: effortlessly hip.
Yet small details, such as the gold, stuffed pistol above the bar mirror and the video art playing behind a booth, signaled the bar’s divergence from your average Manhattan dive. These are artworks by predominantly emerging artists, and are part of a series of rotating exhibitions at Beverly’s, which have featured sculptor
Rose Nestler
, online-dating-inspired photographer
Sean Fader
, ceramicist
Roxanne Jackson
, and many more. Its owners are artists themselves.
Beverly’s continues a long tradition of bars that not only cater to creative people, but often prove crucial to their conversations and careers. In New York, London, and Paris in particular, certain watering holes have hosted legendary conflicts, philosophical debates, and networking opportunities. They became boozy safe spaces (at least for those who knew their limits).
In Paris, bars aided the emergence of modernism. In his book Picasso and the Painting That Shocked the World, Miles J. Unger describes La Closerie des Lilas in Montparnasse as “an essential stop on the itinerary of anyone interested in contemporary art.” On Tuesday evenings at the end of the 19th century and the beginning of the 20th, writers (Arthur Rimbaud, Ernest Hemingway, Gertrude Stein), artists (
Pablo Picasso
,
Henri Matisse
,
Amedeo Modigliani
,
Man Ray
), and patrons met to drink and discuss the merits of alternative philosophies and styles. Along with standard brasserie fare, visitors could sink into the sumptuous leather banquettes as they listened to live piano. At the Café de Flore on Boulevard Saint-Germain (with its
Art Deco
features and flowers above a wide awning), figures like Apollinaire and
André Breton
established the tenets of
Surrealism
in the 1910s. (Years later, musician Serge Gainsbourg would become partial to the establishment’s double pastis.) Across the street, Les Deux Magots—light and cheery, with ample outdoor seating for sipping coffee—similarly united the city’s intellectuals and contributed to their often torrid romances.
Dora Maar
met Picasso there in 1936 and subsequently became his muse and mistress (as well as an artist in her own right).
Open until 4 a.m., the nearby Le Tabou jazz club served as a late-night meeting point for the existentialists. Cultural worlds collided at the underground bar. According to Lewis MacAdams, author of Birth of the Cool: Beat, Bebop, and the American Avant Garde, the novelist Boris Vian introduced musician Charlie Parker and philosopher Jean-Paul Sartre here.
Yet during the 1940s and ’50s—just after World War II forever altered Paris and the rest of Europe—the rise of
Abstract Expressionism
in New York created a new center for the art world. Its practitioners began congregating, fighting, and philosophizing at the Cedar Tavern on University Place.
Jackson Pollock
kicked down the men’s room door.
Willem de Kooning
threatened to punch critic Clement Greenberg in the face following a theoretical dispute (he may have followed through, depending on who you ask).
The tavern closed in 2013, though nostalgia protected the actual bar from destruction: The Texan restaurant Eberly bought, dismantled, and pieced it back together for its own southern crowd. Its operations manager, Tom Maitland, who is a former New Yorker, used to drink at the Cedar Tavern in the ’90s after it became, in his parlance, “basically an NYU frat bar.” (Other hip hotspots have suffered similar fates, long after the art crowd passes on. Café de Flore, La Closerie des Lilas, and Les Deux Magots are all still open in Paris, though they’re now major destinations for tourists and other non-bohemians.)
If the Abstract Expressionists gained a reputation for their brooding, aggressive natures, the
Pop art
movement that followed in New York was more extroverted. Along with bright ben-day dots and an emphasis on everyday objects, celebrity culture (and partying) became integral to the era. The Cedar Tavern was notoriously unfriendly to queer men (Pollock once yelled homosexual slurs at
Larry Rivers
and Frank O’Hara); in reaction,
Andy Warhol
and his Factory compatriots established an alternative art world outpost at Max’s Kansas City. From 1965 through 1981, the Park Avenue South restaurant and nightclub welcomed personalities from
Robert Mapplethorpe
and
Patti Smith
to Debbie Harry (now better known as the frontwoman of Blondie, she also worked there as a waitress). 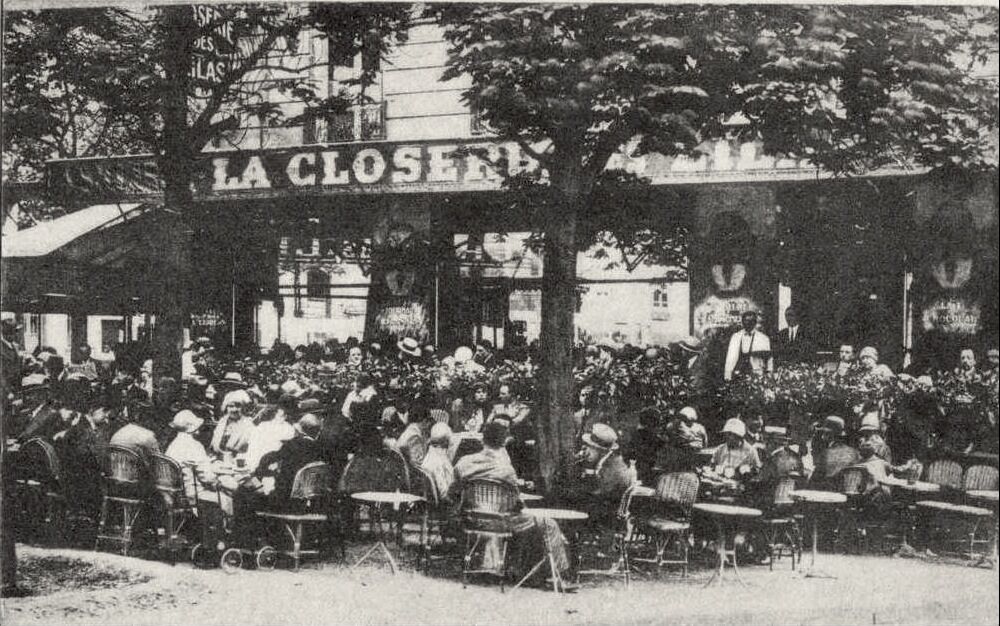 Advertisement
The Max’s Kansas City period coincided with the heyday of glamorous, extravagant New York nightclubs. Opened in 1977, Studio 54 became emblematic of the era, a high-profile melting pot where artists, musicians, movie stars, and socialites all came to drink, socialize, and, in Bianca Jagger’s case, ride around on a white horse. In 1978, the Mudd Club opened in a Tribeca building owned by artist
Ross Bleckner
, attracting a guest list that included
Jeff Koons
and
David Bowie
. (A filmmaker once quipped that it “was a dysfunctional circus that functioned.”) From 1983 through 1987, the nightclub Area hosted a series of rotating art installations.
Jean-Michel Basquiat
,
Keith Haring
, and
Barbara Kruger
all showed work there, blurring the lines between art and interior decoration, gallery space and entertainment venue.
Across the Atlantic, London’s Colony Room Club offered a similarly accepting atmosphere. The Soho bar operated from 1948 through 2008, tending to six decades of thirsty artists. Owner Muriel Belcher was known for her obscenities and aphorisms, the best-known of which may have been: “Don’t be dull and fucking boring.” While she claimed to know “fuck all about art,”
Francis Bacon
was one of her first—and most loyal—patrons. He painted her portrait and acted as an unofficial promoter for the bar (Belcher paid him to bring in new clients). Over the years,
Lucian Freud
and the
Young British Artist
cohort joined the club’s drinking community.
In the ’70s, the East London neighborhoods of Shoreditch and Hoxton had become punk destinations, and the creative scene began to shift away from Soho. By the early 1990s, the Young British Artists had infiltrated the neighborhood, particularly the Bricklayers Arms bar. At a 1993 party in Hoxton,
Tracey Emin
read palms while
Damien Hirst
dressed up as a clown and set up a spin-painting apparatus (passersby could quickly create their own artworks for one pound, and he’d sign them).
Punk had likewise altered the creative landscape of late-1970s New York. Artist Ulli Rimkus landed a job as a bartender at Times Square’s Tin Pan Alley bar, where photographer
Nan Goldin
was a customer and part-time employee.
Kiki Smith
, with whom Rimkus also collaborated artistically, was another co-worker. Goldin met and shot some of her best-known subjects here, including downtown personality Cookie Mueller. 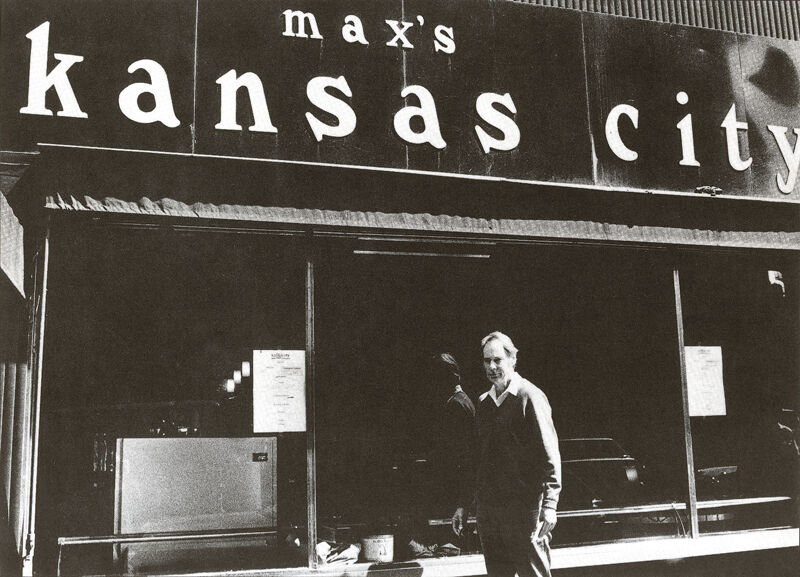 In 1989, Rimkus opened her own bar, Max Fish, on the Lower East Side. Artists followed, including
Tom Otterness
. He helped finance the operation, and eventually donated a bronze sculpture of a rat dressed as a cop that had been turned down as part of a public commission. Rimkus hosted monthly art shows and events until rent increases forced her out in 2013. The following year, she opened a new iteration nearby. “The whole neighborhood has changed,” she tells Artsy. “You just have to roll with it. Nothing stays the same. Our clientele is pretty eclectic still.” Her neighbors, she says, are all being evicted or taken to court by landlords. High-end hotels continue to move in. But Max Fish is preserving a bohemian spirit while real estate skyrockets.
Down the street, Beverly’s preserves that same energy for a younger generation (and perhaps resurrects the aura of gallerist Gavin Brown’s Chelsea bar, Passerby, which shuttered in the late aughts). Owner
Leah Dixon
, an artist herself, notes the political tenor of conversations at her bar—along with a high volume of mezcal and tequila orders. The staff, the DJs they hire, and the artists they show are all in their twenties and thirties. “These are probably the people who are on the forefront of creating the conversation in our country about how to talk about inequality,” she says. Dixon notes how Beverly’s itself serves as a means of upward mobility. She and her co-workers offer artists a platform to show their work, and a venue for meeting other members of the Lower East Side scene. 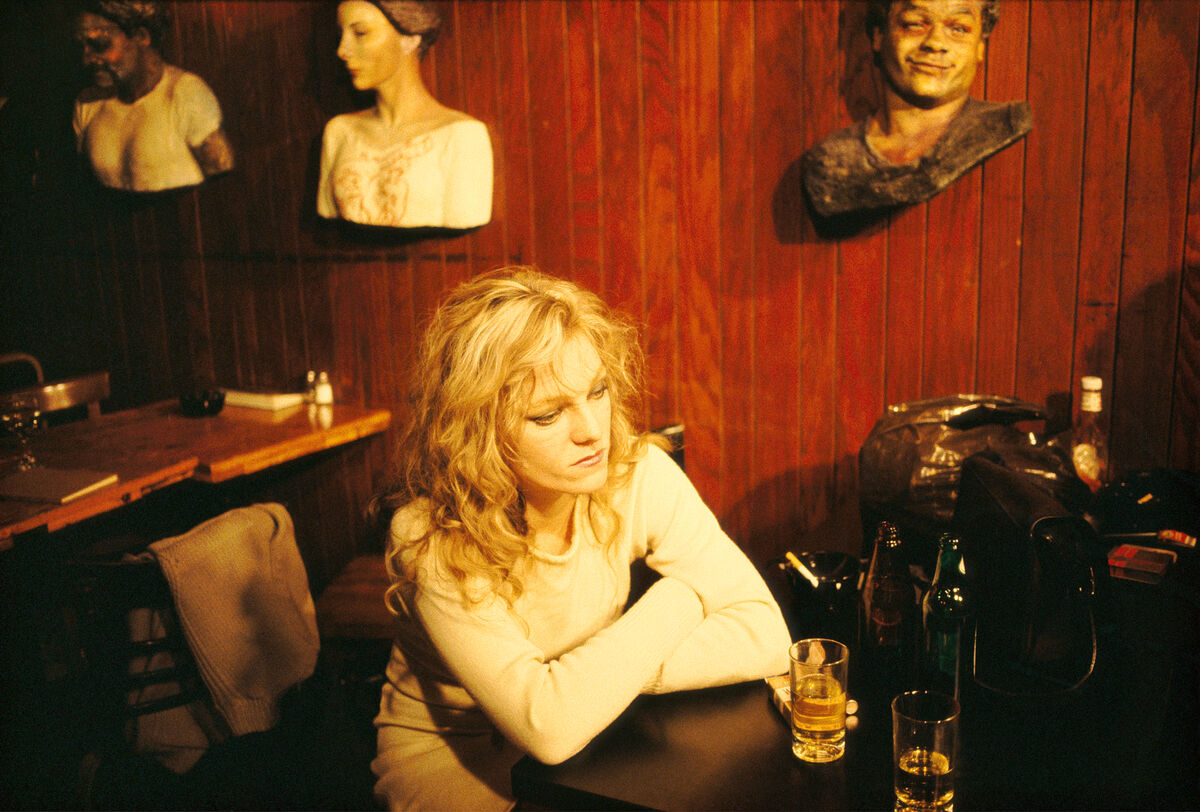 Dixon and her co-owners also face some flattering competition from hopeful upstarts. “Let’s just say, small neon bars named after a woman have been very popular since we opened,” she avers. Like all the best artists, the best art bars take inspiration from their predecessors while creating spaces for radical new conversations. If these newcomers can encourage creativity and community in striking, novel ways—cheers to them.
Meanwhile, artists have long been migrating from Manhattan to Brooklyn en masse. In 1992, as Williamsburg was becoming a creative outpost, New York magazine writer Brad Gooch designated Kings County as the “New Bohemia” (not without pushback—one commenter noted how the article glamorized crime-ridden streets). Now filled with more bankers than struggling artists, the neighborhood maintains at least one oasis for artists: Soft Spot still serves sub-$6 drinks before 8 p.m.
Other than that, you’re more likely to find creatives patronizing Bushwick bars farther east, where rent is (relatively) reasonable. At Honey’s, bartenders pull drafts from beer taps designed by Whitney biennial artist
Jessi Reaves
. It’s also a quick trip from two of the borough’s best galleries: Signal and Clearing. Further south, on the border of Bushwick and Bedford-Stuyvesant, the art space Secret Project Robot features a bar called Cuckoo. Here, visitors can drink after—or before—they view exhibitions and performances. Proceeds fund the gallery, and you can find parties nearly every night (past themes have included “super prom,” “goth,” and “flea market”). What happens when real estate developers inevitably push all of the patrons out of this area, too? If history is any indication, New York will always offer somewhere for artists to drink and commiserate.
Alina Cohen
Related Stories