How the Legendary Ferus Gallery Put L.A. on the Art World’s Map 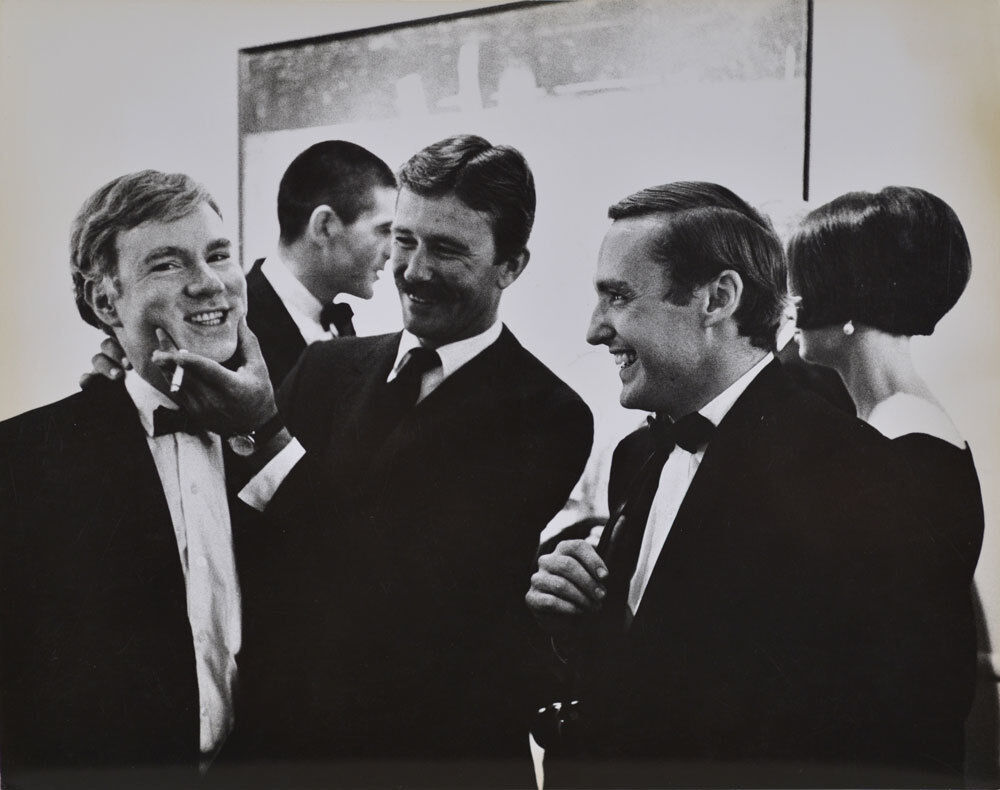 Julian Wasser
Andy Warhol, Irving Blum, Billy Al Bengston and Dennis Hopper, at the Opening Reception, Duchamp Retrospective, Pasadena art Museum,, 1963
Robert Berman Gallery
Midcentury Los Angeles was hardly a welcoming place for
modern
art. There were no dedicated modern art museums, and other institutions that tried to mount temporary exhibitions were invariably confronted with controversy.
In 1947, for example, the Los Angeles County Museum of History, Science and Art made national headlines when its juried show of California artists was picketed by a more conservative contingent of creatives. The protesters labeled the modern works on display “degenerate junk,” spoiled by a “communist taint.” When renowned L.A. collectors Walter and Louise Arensberg went in search of an institutional home for their world-class collection, which included the likes of
Duchamp
,
Mondrian
, and
Picasso
, they were unable to find one in Southern California. They ended up shipping it off to Philadelphia instead.
This was the landscape facing Walter Hopps and Edward Kienholz in 1957, the year they opened the now-legendary Ferus Gallery—a story chronicled in fascinating detail by Kristine McKenna in her 2009 book Ferus Gallery: A Place to Begin. Both men were already active in L.A.’s nascent modern art scene. Hopps, a UCLA-educated curator, had organized a seminal 1955 show in which
Abstract Expressionist
works by California artists were displayed on a carousel at the Santa Monica pier. A year earlier, he’d opened his own California-centric gallery, Syndell Studio. 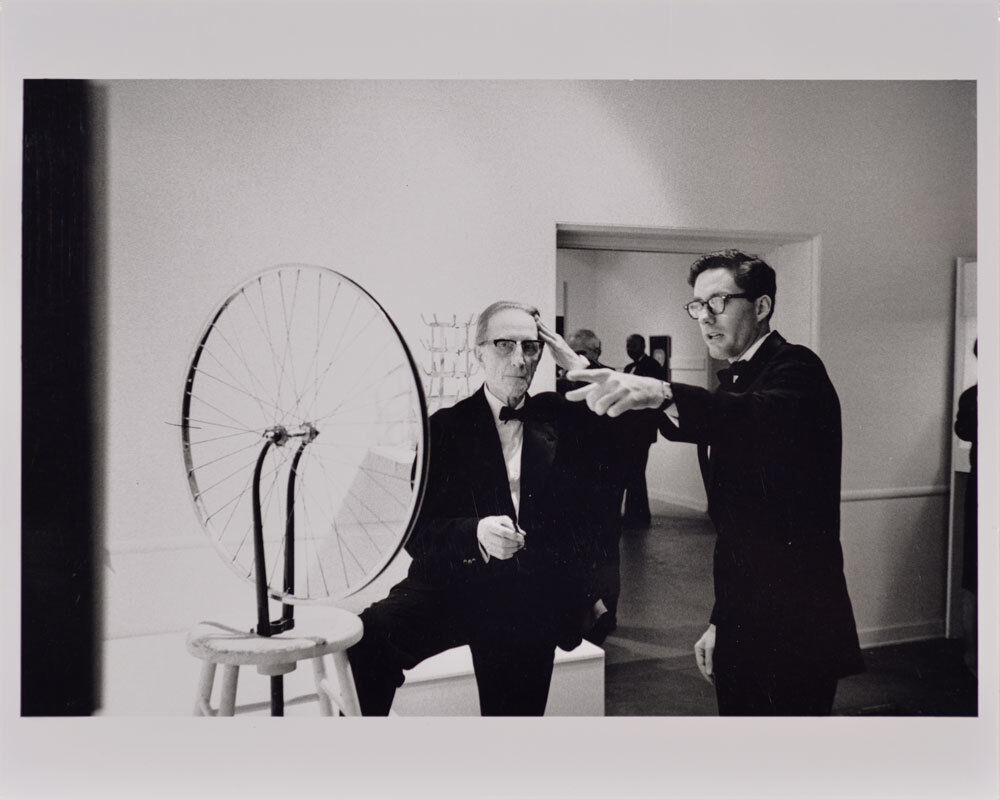 Julian Wasser
Duchamp with Walter Hopps Pointing, Duchamp Retrospective, Pasadena Art Museum, 1963
Robert Berman Gallery
For his part, Kienholz was an artist, and an entrepreneurial one at that—a skilled carpenter and mechanic, his truck door simply read “Ed Kienholz: Expert.” He had established his own gallery specializing in California artists, NOW Gallery on La Cienega Boulevard, in 1956.
They were an an unlikely pair. It was a long-running joke that Hopps, with his black frames and perpetual suit and tie, was a member of the CIA. A dreamy intellectual, prone to distraction, “he was the absent-minded professor cliché,” Kienholz recalled of his one-time partner. Kienholz, on the other hand, was a scruffy former farm boy from Idaho who now ran with the infamous Beat generation of counter-cultural creatives. Fellow artist
Ed Moses
remembers him as a “character” who would sit in his studio wearing nothing but a swimsuit, cleaning his pistol or building something out of wood scraps.
“We couldn’t have been more different sorts of people,” said Hopps later, “but it was clear to both of us that we had an agenda to further the kind of art that interested us in our own ways.”
The pair formalized their partnership at Tail-o’-the-Pup, a food stand shaped like a giant hot dog—a portent, perhaps, of the ways in which L.A.’s burgeoning art scene would eschew the seriousness of its idols, New York’s Abstract Expressionists. In March of 1957, Ferus Gallery opened its doors. Tucked away in an alley behind a La Cienega antique shop, “the first Ferus was invisible,” curator Hal Glicksman noted. 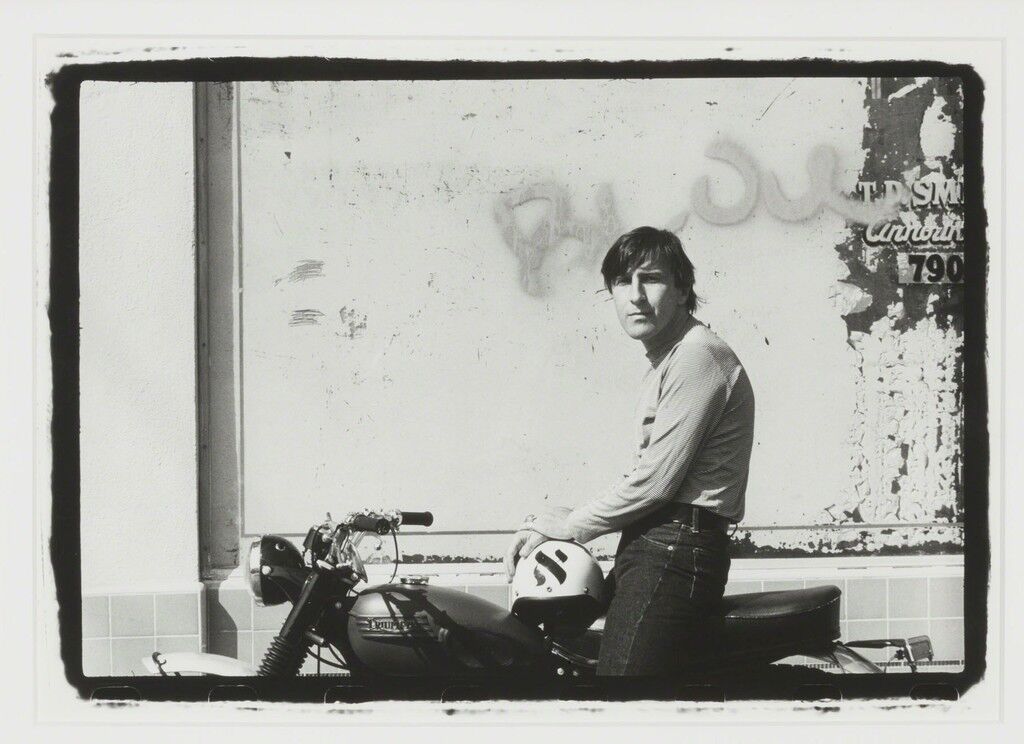 Dennis Hopper
Wallace Berman, 1964
Gagosian Gallery
Advertisement
Invisible to customers, certainly—the gallery attracted hardly any during its first few years of operation. But its boundary-pushing work soon caught the attention of the Los Angeles Police Department, who arrested artist
Wallace Berman
days after his solo show opened at Ferus in the summer of ’57. Found guilty of obscenity for including another artist’s sexually explicit drawing in one of his assemblages, he was fined $150.
Berman was a Beat artist, and the early days of the gallery were infused with a bohemian atmosphere. Along with numerous exhibitions, Hopps and Kienholz also organized film screenings, poetry readings, even fashion shows at Ferus. The roster was expansive, encompassing some 40 artists in total.
John Altoon
,
Billy Al Bengston
, and
Craig Kauffman
developed their own SoCal vein of Abstract Expressionism;
Jay DeFeo
,
Sonia Gechtoff
, and Frank Lobdell represented the pioneering AbEx artists of San Francisco; and
John Mason
experimented with ceramics.
“The early Ferus was like a big happening in that you never knew how each exhibition was going to come out,” said Shirley Neilsen Blum, Hopps’s then-wife. “Nothing that went on there had any commercial basis.”
Ed Ruscha
, studying at the Chouinard Art Institute at the time, remembers Ferus as “the hottest house on the street.” The sign, he recalled, “had this kind of magic to it. There were other progressive galleries operating then, but Ferus was the most progressive.” 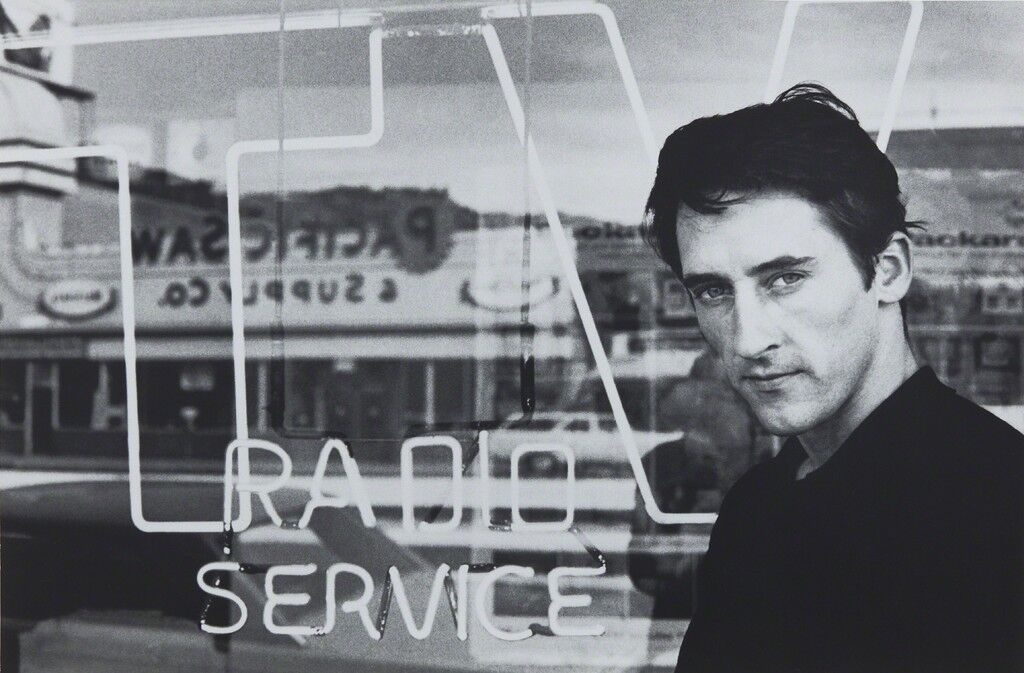 Dennis Hopper
Ed Ruscha, 1964/2009
Phillips: Evening and Day Editions (October 2016)
Despite their gallery’s glowing reputation among L.A. artists, neither Kienholz nor Hopps had a knack for business. Ferus’s finances were dismal from the start, and the gallery would likely have shuttered were it not for the entrance of a charming young man named Irving Blum. An actor-turned-furniture salesman originally from New York, he brought a much-needed dose of professionalism. Blum took over Kienholz’s share of ownership in 1958 and Ferus moved across the street to a more traditional gallery space.
“Irving has tremendous taste, and everyone said he brought style to the gallery and cleaned the whole thing up,” recalled Vivian Kauffman Rowan, who served as Blum’s assistant before later marrying and then divorcing Kauffman. Blum culled the gallery’s massive stable down to just 15 artists, introducing New York names like
Jasper Johns
,
Frank Stella
, and
Roy Lichtenstein
to avoid seeming provincial. “The new Ferus was as slick as deer guts on a doorknob,” Hopps colorfully recounted. These changes were met with resentment by some: Kienholz was particularly disgusted and left to show with another early L.A. gallerist, Virginia Dwan.
The second iteration of Ferus set about concocting its brand. Blum was out to evoke glamour, while the artists were all about machismo and laid-back cool. In fact, Artforum—whose offices moved from San Francisco to the office above Ferus Gallery in 1965—would nickname this artistic boys’ club the “Cool School” for their non-academic approach to art and their love of surfing, partying, and women. The epitome of this branding was the 1964 exhibition “The Studs,” memorialized by William Claxton’s now-iconic photograph of Altoon, Bengston, Blum, and Moses striking poses around a motorcycle parked in front of the Ferus Gallery. 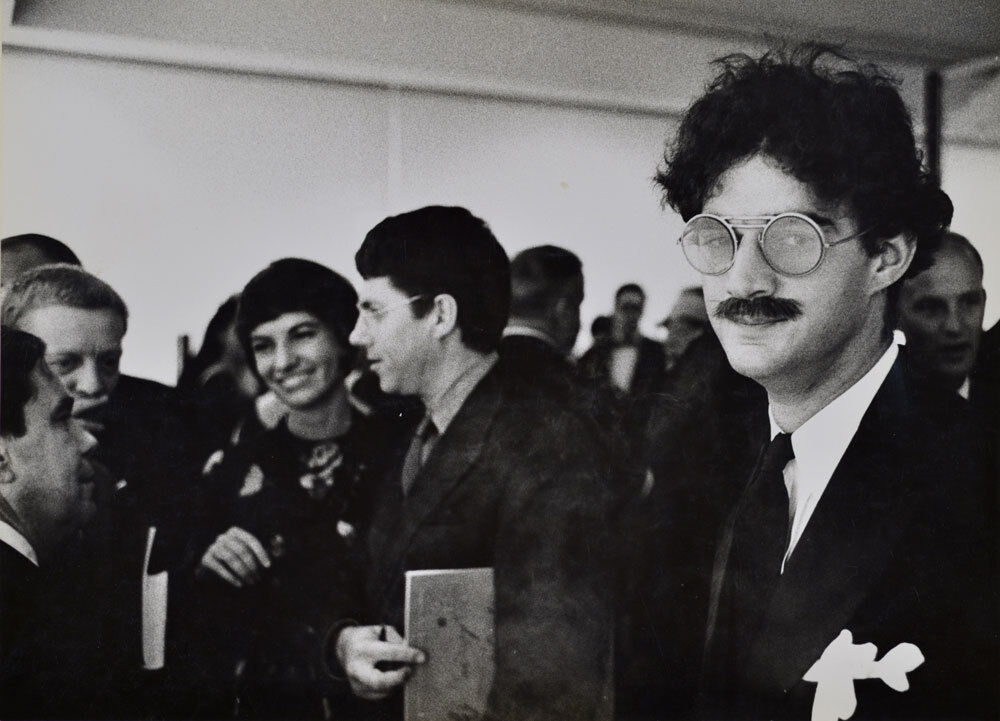 Julian Wasser
Larry Bell at the Opening Reception (Ed Moses and Robert Irwin in background), Duchamp Retrospective, Pasadena Art Museum, 1963
Robert Berman Gallery
The gallery came to be known for its clean, apolitical aesthetic—
Larry Bell
,
Robert Irwin
, and Bengston, in particular, made art that was often described as “finish fetish” to evoke the meticulously waxed surfaces of the cars and surfboards that were so ingrained in L.A. culture. And many of these works sold. But as money was introduced to the equation, tensions rose and relationships fractured. Hopps bowed out in 1962; several years later, his wife Shirley would leave him for Blum.
And by the mid-1960s, a boys’ club with strong undertones of elitism was on the way out. As the feminist and civil rights movements began to emerge, the ethos of Ferus Gallery was becoming less and less in step with the times. In 1966, Ferus closed down.
Their run lasted fewer than 10 years. But in that brief period, Ferus had seen the scene transform from what most considered a cultural backwater to a hive of innovation that would inspire artmaking for decades to come.
—Abigail Cain
Related Stories