Artsy Editors
Nov 5, 2015 6:56pm
Enter Klein Sun Gallery this week, and chances are you’ll find yourself face-to-face with a professional boxer who is looking for a fight. The towering athlete, a supremely unlikely figure to find in a Chelsea gallery, is the centerpiece of
Li Liao
’s latest solo show, “Attacking the Boxer from Behind is Forbidden,” which also includes a small survey of the artist’s clever performances from recent years.

Li’s most famous work, Consumption (2012), hit the international stage last spring in the New Museum Triennial; assembling an iPad, a lab coat, and an ID card, Li took a critical stab at the disparity between the luxury tech object and the minimal compensation that factory workers earn for making them. The Klein Sun show brings together three other recent works by the artist, in addition to the debut of the titular boxing display. 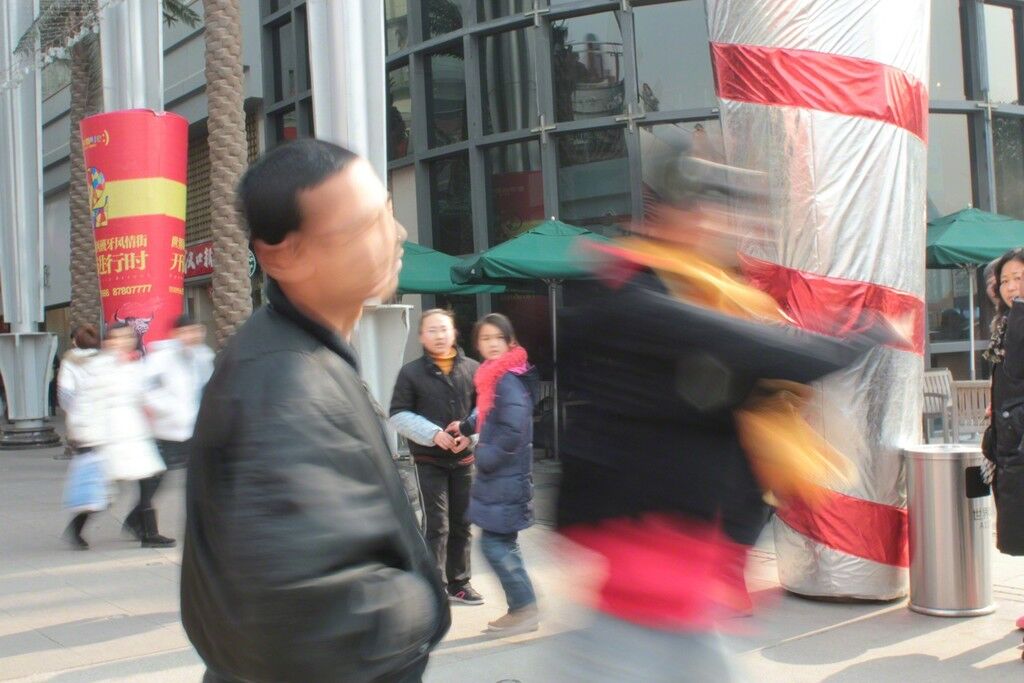 Li Liao
A Slap in Wuhan, 2010
Klein Sun Gallery
Advertisement
Born in Hubei, China in 1982, Li has made a name for himself in the two Chinese cities where he has worked, Wuhan and Shenzhen, through unexpected performances that transpire in public squares and parks. A Slap in Wuhan (2010) documents one such event, where, over the internet, the artist commissioned a stranger to meet him at a certain time and place, then slap him across the face. Li keeps his eyes closed the entire time, isolating himself from his attacker (who he never sees or meets) and from the crowd that inevitably grows around him, awestruck by the happening. 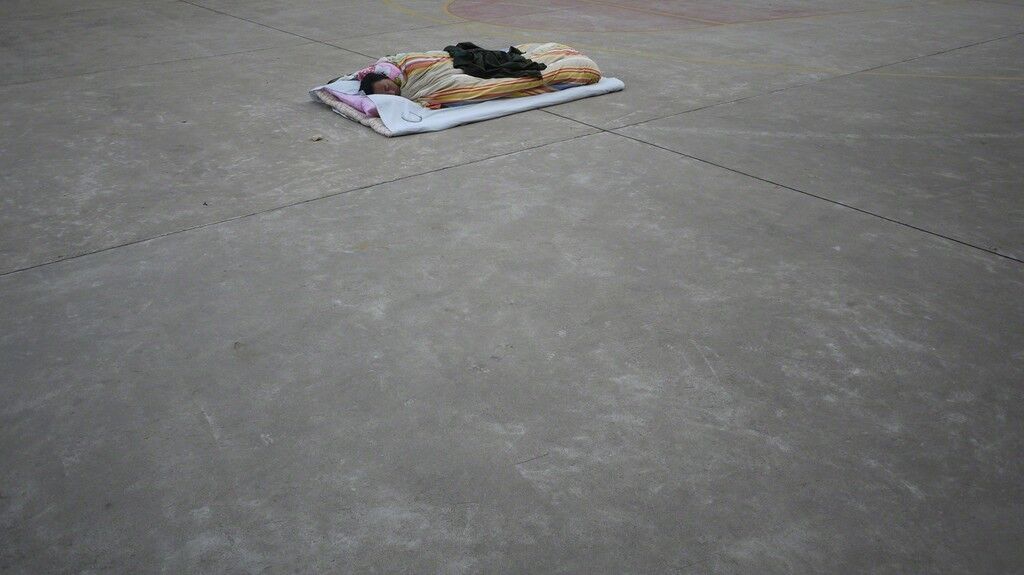 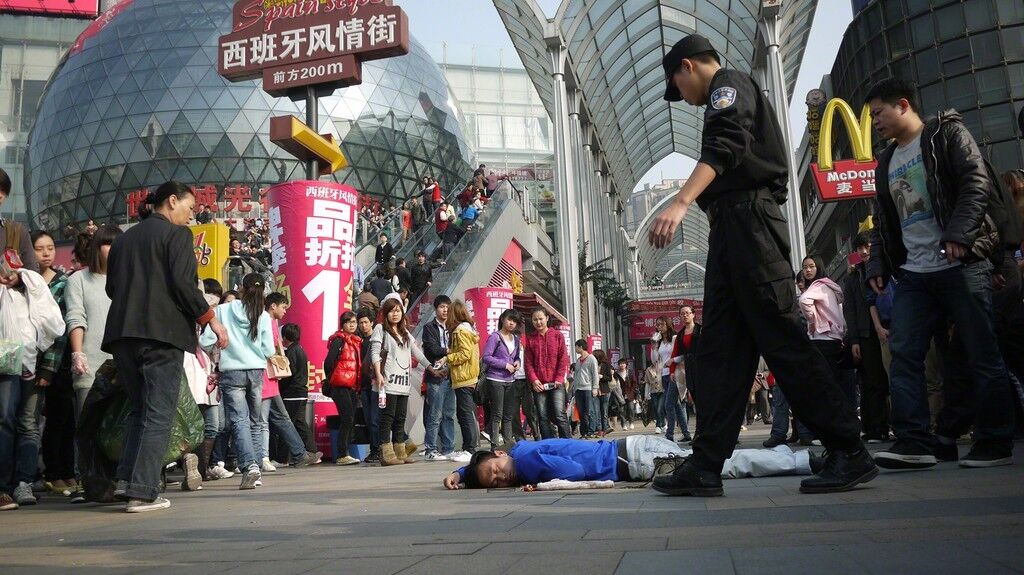 Li Liao
A Single Bed No.1 (Optics Valley), 2011
Klein Sun Gallery
In another surprising intervention, Single Bed (2011), the artist set up a makeshift bed in a public place and promptly fell asleep. Inspired by the intimacy of sleep, and the continuity of life around us while we sleep, Li performed the piece several times in different locations, and two iterations screen at the gallery. In A Single Bed No.1 (Optics Valley) (2011), he fell asleep on the sidewalk (at the same bustling site seen in A Slap in Wuhan), but was awoken by police just 15 minutes in, told that he was obstructing traffic. Alternatively, in A Single Bed No.2 (Small Playground) (2011), Li made camp at a park, and was able to sleep for some five hours. Passersby became unassuming—and amusing—extras, particularly a woman in a red jumpsuit doing rhythmic calisthenics for the length of the video; children and badminton players also make appearances. In order to be able to fall asleep during daylight for this work, Li would forgo sleep for two days previous to the performance. 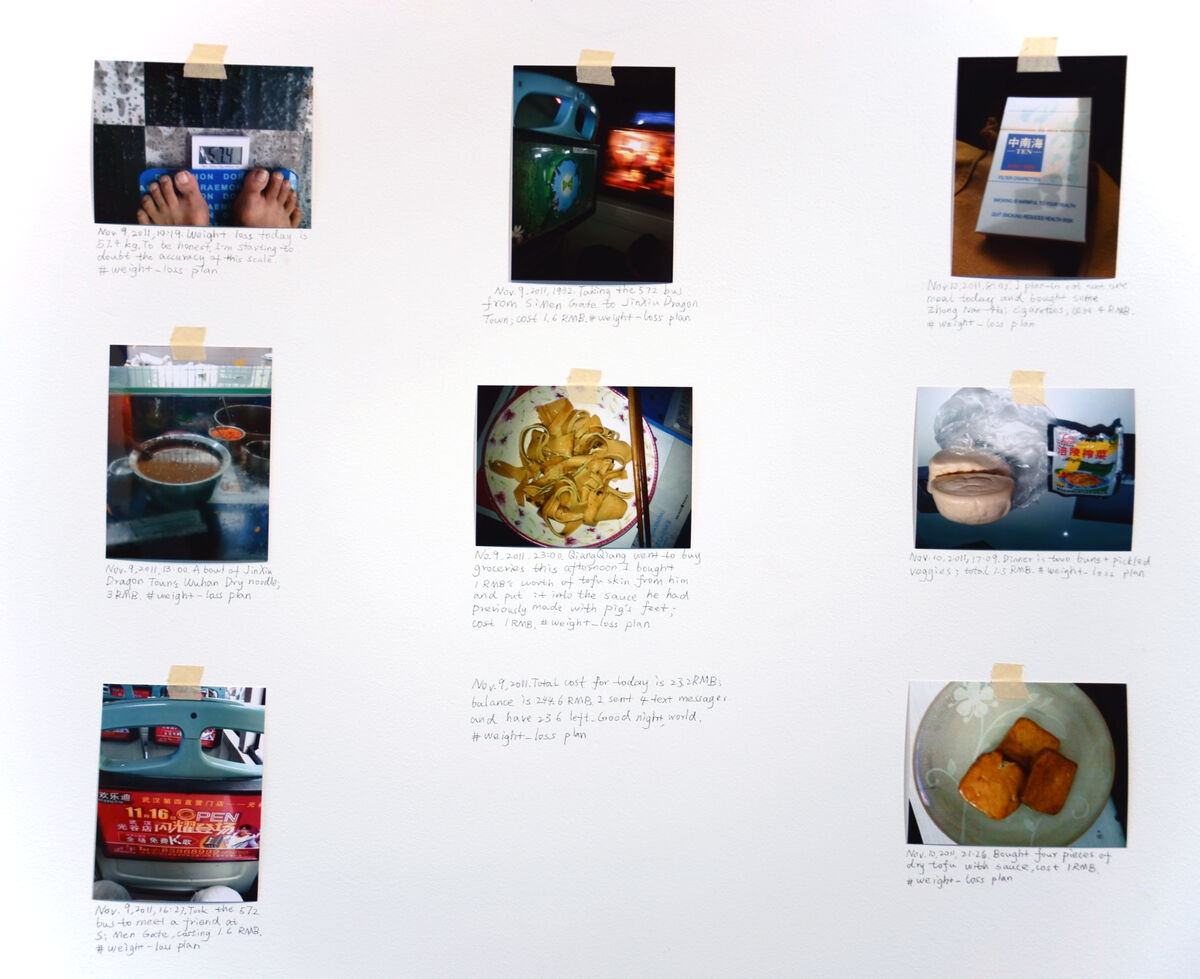 A similar, yet more aggressive, physical challenge informed Weight‐Loss Plan (2011), an economic experiment where Li lived on a budget of 350 Renminbi for a month—the same amount of money he spent on a monthly basis a decade before. The shrewd attack on inflation was documented through Weibo, a Chinese social media microblogging platform similar to Twitter, where the artist posted concise descriptions and images of his daily food intake and expenditures, and eventually his weight—all of which have been taped up and written directly on the gallery walls. Living on a spare diet of mostly rice, bean sprouts, and cabbage, it was as the work elapsed that Li titled the work Weight‐Loss Plan. By the end of the month, he lost nearly 10 pounds. 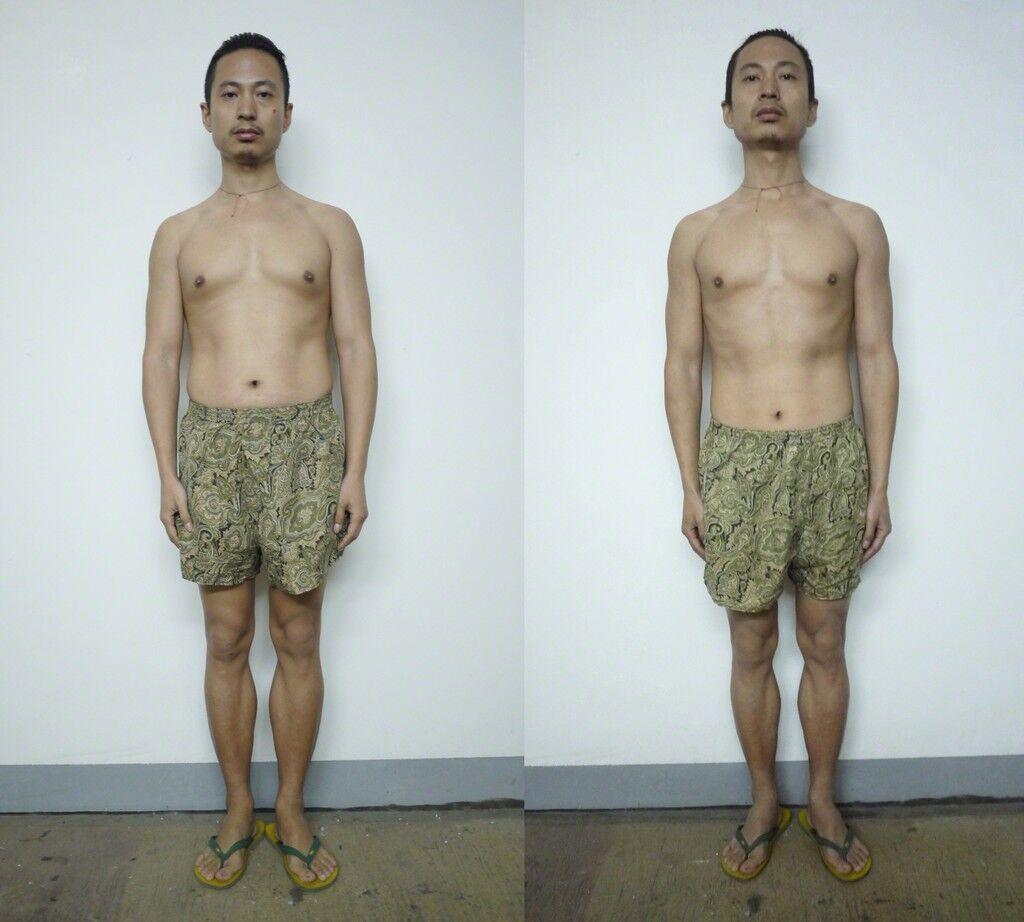 Li Liao
Weight‐Loss Plan, 2011
Klein Sun Gallery
Attacking the Boxer from Behind is Forbidden (2015) marks a departure for Li. Not only has he removed himself from the performance, the project also directly and aggressively confronts his audience. A rotation of boxers—hulking individuals who are well-practiced in the sport—have been sitting one at a time in the gallery space during public hours, perched on a chair beside a taped off “boxing ring” at the center of the main space. Pass into the ring and the boxer animates, taking an at-the-ready stance as he moves towards the encroaching gallery-goer, literally boxing them out of the designated space. Despite the sense of spectacle, the new piece thrives within the context of Li’s earlier works. There’s a refreshing sense of originality and audacity to the piece, breaking down the serious sentiment of the white cube, and throwing viewers out of their comfort zone, making them stop and consider the rituals and expectations typically involved in visiting a gallery. Li injects and disrupts the space with a sly, welcome dose of humor, successfully keeping the art-consuming public on their toes.
—Casey Lesser
“Attacking the Boxer from Behind is Forbidden” is on view at Klein Sun Gallery, New York, Oct. 14–Nov. 14, 2015.
Follow Klein Sun Gallery on Artsy.
Related Stories