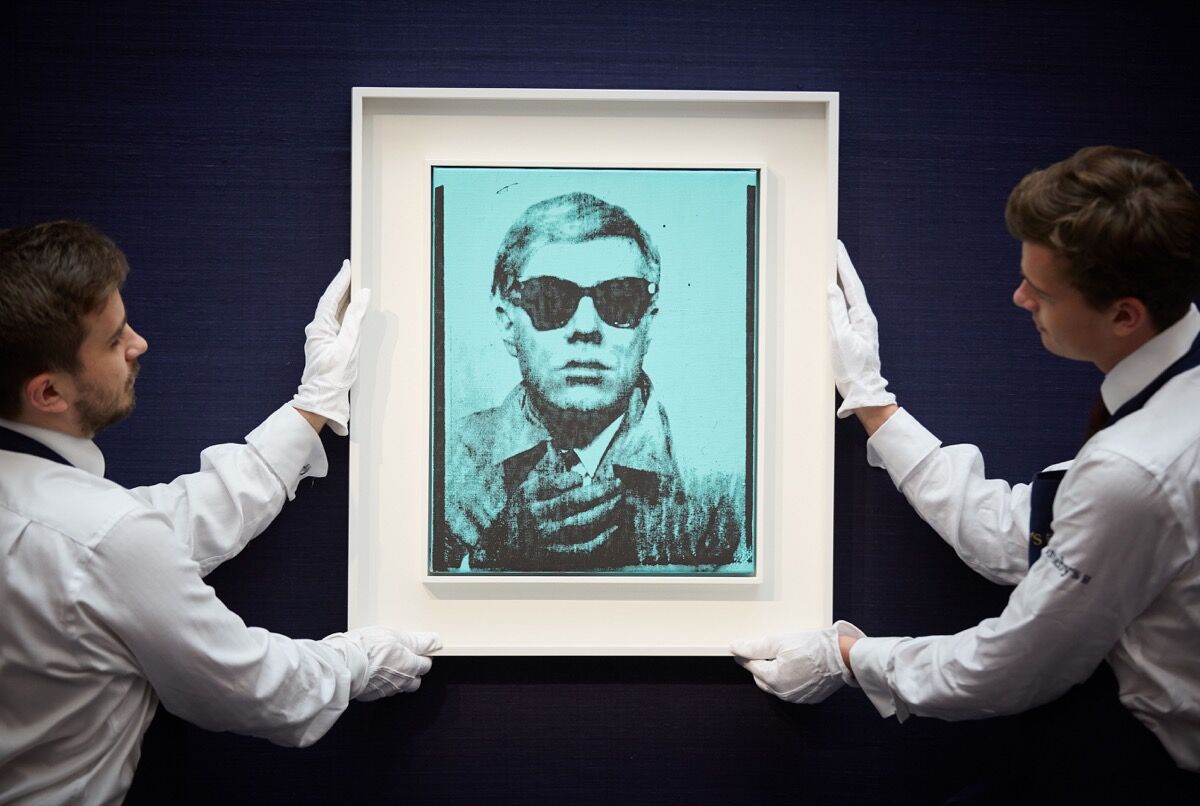 London’s June post-war and contemporary auctions came to a close this week, and the results indicate the market is on a solid, steady upward trajectory. The week lacked the drama and spectacle of New York’s recent record-smashing sale of a
Jean-Michel Basquiat
painting, or Art Basel in Basel’s many eight-figure deals, but the numbers showed a solid rebound from last year’s summer auctions, which unfolded in the shadow of the Brexit vote and during a year of overall sluggish auction performance.
The art market is “incredibly healthy,” said Morgan Long, senior director of London’s The Fine Art Group.
Conspicuously absent from the list of those who participated in the contemporary auctions was Christie’s, which announced at the end of March it was canceling its June post-war and contemporary auctions in London, citing a “particularly busy” art world calendar featuring Art Basel, Documenta, and the Venice Biennale. Its withdrawal appears to have left more spoils for the remaining houses, including smaller competitors Bonhams and Phillips. 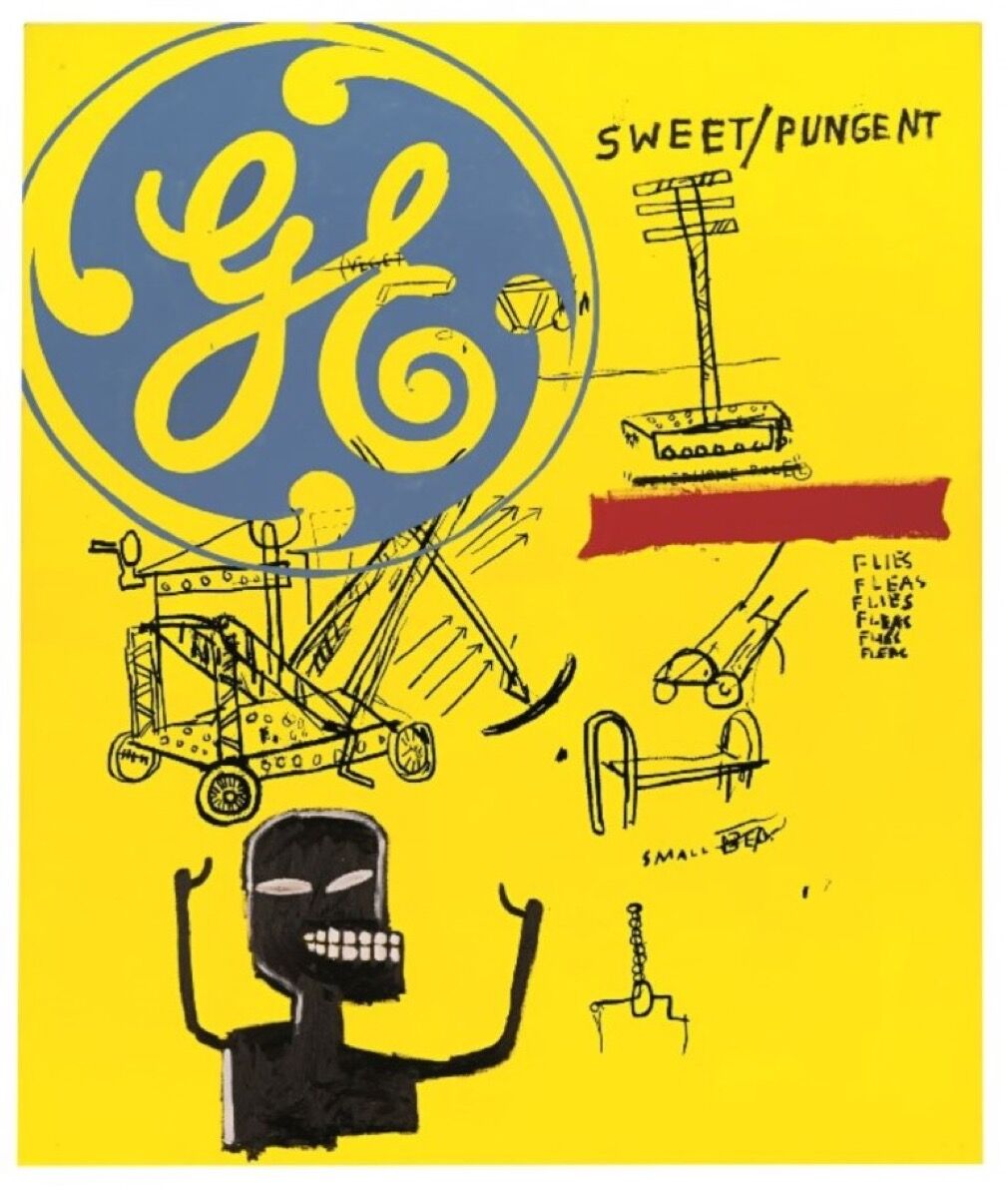 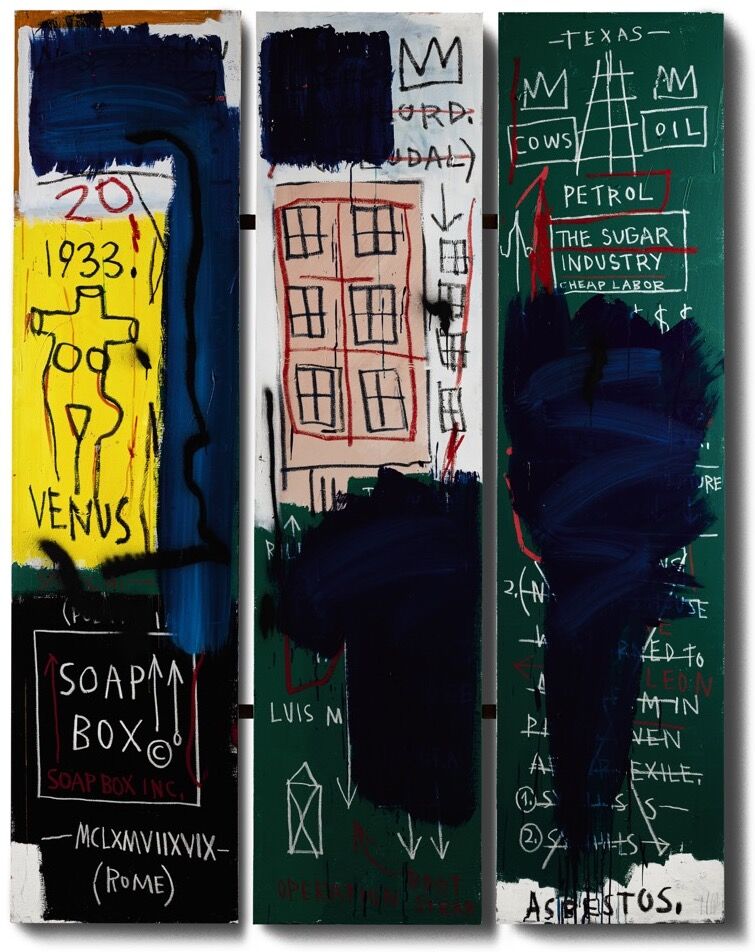 The post-war and contemporary evening sales kicked off Wednesday at Sotheby’s, which brought in £62.3 million with fees (£52.6 million without), falling between the estimates of £44.3 million and £60.6 million with a 95% sell-through rate by lot. That represented a 15% increase from last summer’s evening sale, but was still less than half the 2015 total for the same sale.
There were some disappointments: The highly-marketed star lot of Sotheby’s evening sale,
Andy Warhol
’s first ever “selfie,” went for £5.2 million (£6 million with fees). A guaranteed lot, it received just one bid and didn’t come close to the upper estimate of £7 million. The highest-priced lot of the evening was an untitled work by Basquiat, which sold for £5.6 million (£6.5 million with fees).
That’s a fraction of the $110.4 million Japanese billionaire Yusaku Maezawa paid for his 1982 Basquiat in New York in May, but perhaps higher than it might have previously fetched. New York dealer Christophe van de Weghe—who bid on the piece offered this week—told artnet News that recent auctions show Basquiat’s continued rise in the auction market, now that he has unseated Andy Warhol as the most expensive American artist.
Another highlight from the sale was Sweet Pungent (1984–85), a collaboration between Warhol and Basquiat, which went for £4.4 million, triple the low estimate, after what ARTnews called “a fierce bidding war.”
The following day’s post-war and contemporary sale at Sotheby’s saw a 78% sell-through rate, bringing in £13.6 million with fees on an estimate of between £10.3 million and £14.4 million. Together, the £75.9 million brought in by the two auctions marked a 10% increase from the equivalent sales last year. 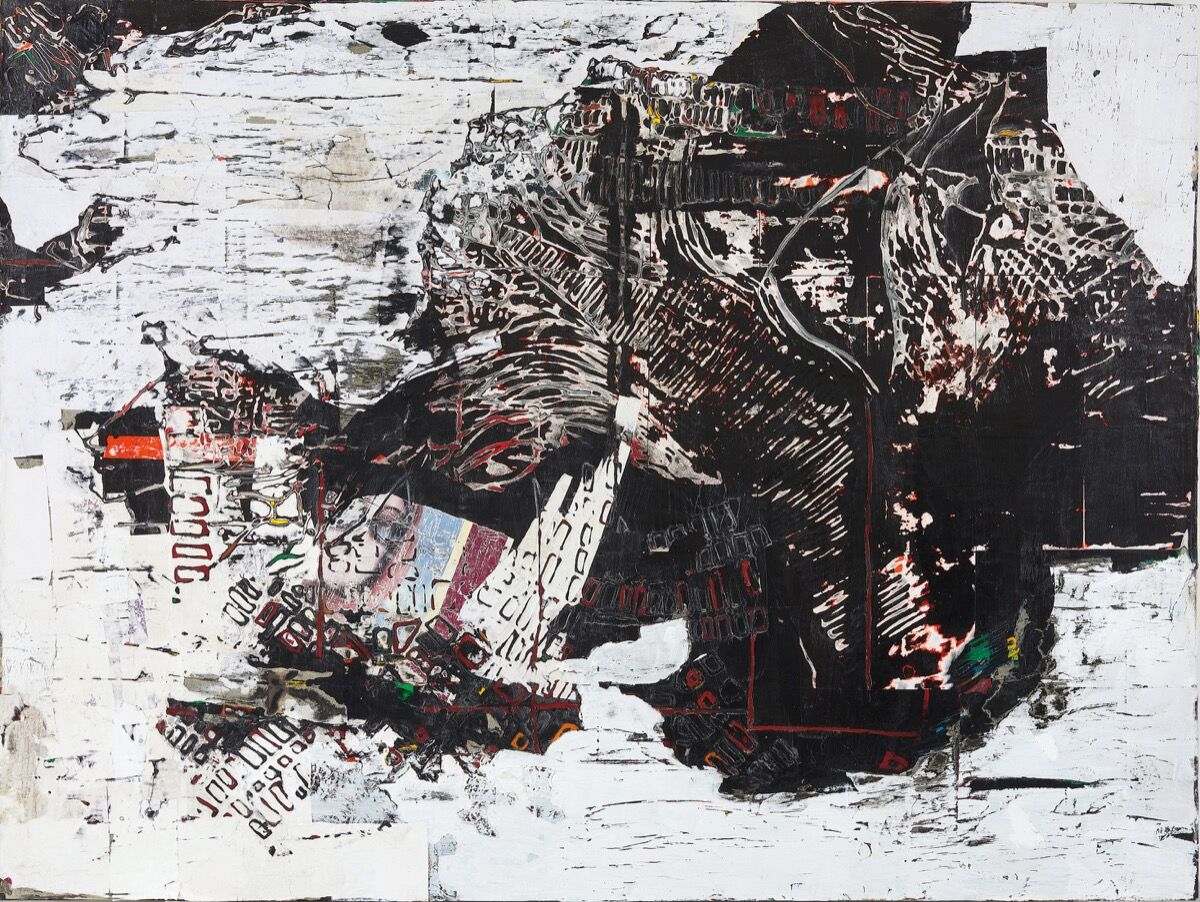 Mark Bradford, Drag Her to the Path, 2011. Courtesy of Phillips.

Advertisement
In a pair of short and well-managed contemporary evening sales, both Phillips and Bonhams performed extremely well in the absence of Christie’s, each notching the same sell-through rate of 94%. At Phillips, photographer
Wolfgang Tillmans
set a new record when his Freischwimmer #84 (2004) sold for £500,000 (£605,000 with fees). Phillips brought in a total of £24.4m with fees (£20.2 million without) on a sale with a high estimate of £25.4 million, its second highest result for June auctions ever, and twice what it totaled last June.
Bonhams’s evening post-war and contemporary auction delivered a whopping £7.1 million with fees, which artnet News’s Colin Gleadell said is likely an all-time high for contemporary art at the auction house.
“Probably Christie’s were a little regretful they didn’t have a sale this season in the contemporary department,” said Long.
At the Bonhams sale, seven lots which together comprised 77% of the low estimate (£4.1 million) by value, were guaranteed. It was a notable step for the auction house, which has until now shied away from such a broad use of guarantees, which are typically deployed to entice reticent sellers.

Christie’s Performs in Impressionist and Modern 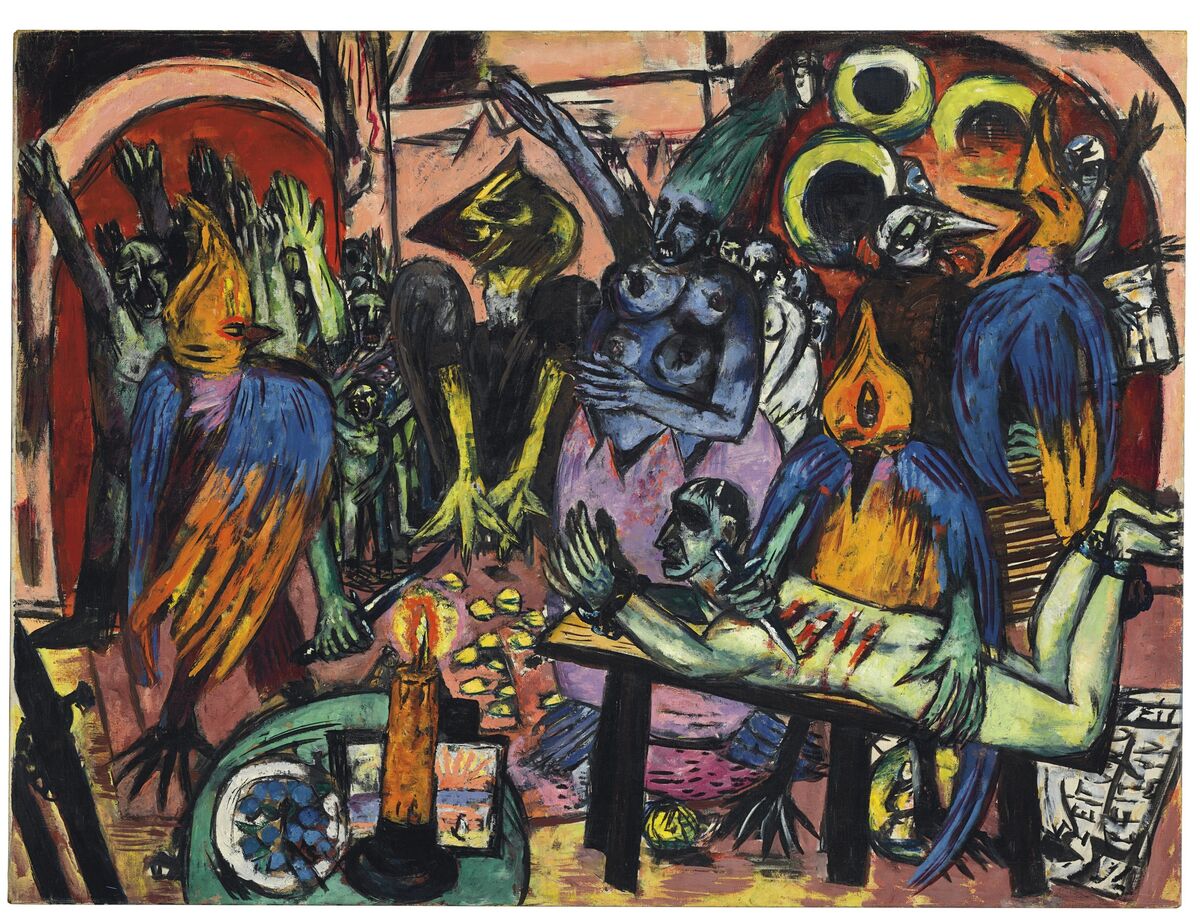 The impact of Christie’s sitting out the contemporary post-war auctions will become more apparent at its next contemporary and post-war evening auction in October, as part of the auction house’s rationale for canceling in June was to focus on building a robust selection of works for auctions in October and March. Christie’s could be vindicated if the extra time and attention does woo important consignments and buyers for upcoming sales.
Art advisor Todd Levin said the house’s choice may pay off, citing its tightly choreographed New York evening contemporary sale in May, which brought in $448 million—or roughly $49 million more than June and May evening contemporary sales at Sotheby’s combined (of which roughly one-fourth came from the single Basquiat sale).
“From my point of view, Christie’s is playing this in a far more strategic way than Sotheby’s,”  said Levin.
Christie’s did hold an Impressionist and Modern evening auction on Tuesday, bringing in a total of £149.5 million with fees, a more than 400% increase from its equivalent sale last June and slightly above the equivalent sale at Sotheby’s the prior week, but still barely past the post of its low estimate of £141.3 million and nowhere near its high estimate of £191.7 million.
Christie’s sold all but two of 32 lots, including
Max Beckmann
’s record-setting £36 million for Birds’ Hell (1937–38), which had been on view in New York in May. In a post-sale press conference, Christie’s global president Jussi Pylkkänen compared the achievement to the earth-shattering leap American long-jumper Bob Beamon performed in 1968 Olympics. Pylkkänen also noted the increasing globalization of these sales, citing the importance of Asian buyers throughout the week.
One of the two lots that failed to sell was
Egon Schiele
’s Einzelne Häuser (Häuser mit Bergen) (1915), which carried a low estimate of £20 million. The surprise failure of a star lot was reminiscent of Sotheby’s last-minute withdrawal of another Schiele, Danaë (1909), from its May evening sale in New York. At the time, many art world observers suggested that the work itself was the problem, since it didn’t exhibit the artist’s signature style.
Now those looking to the health of the market turn to next week’s Old Masters sales in London, though works from that period operate on a different set of dynamics than contemporary and post-war pieces. Regardless, the contemporary and post-war sales give observers reason to be hopeful that the market is in a healthy spot, with the potential to grow further.
Isaac Kaplan is an Associate Editor at Artsy.
Related Stories