01  The strong results from this week’s post-war and contemporary auctions in London have allayed fears that Britain’s exit of the European Union will wreak short-term havoc on the art market.

(via The Art Newspaper and the New York Times)
The 20th century and contemporary evening sale at Phillips—held the Monday after Britain opted for “Brexit” over remaining in the E.U.—fetched £11.9 million with 32% of the lots failing to find buyers (last year the respective figures were £18.2 million and 16% failing to sell). The results of the evening sale, though certainly in line with the general analysis that the art market is cooling independently of Brexit tremors, stirred speculation that subsequent sales at Sotheby’s and Christie’s could fall victim to Brexit fallout. But at Sotheby’s, works by
Keith Haring
and
Jenny Saville
broke records, with the sale fetching £52.5 million, breaking the estimate of £50 million (though still a 60% decrease from last year). At Christie’s, a major work by
Gerhard Richter
(estimated at $19 million) was withdrawn prior to auction. But the house’s post-war and contemporary evening sale ultimately brought in £39.6 million with a 92% sell-through rate. These strong results were followed by the curated “Defining British Art” auction at Christie’s, which fetched £99.5 million (above the low estimate of £95 million), selling 27 of 31 total lots. While it appears as though Brexit hasn’t damaged sales in the short term, the market remains cool, with auction totals down dramatically from the same time last year.

02  Although Britain remains in turmoil more than a week after voting to leave the European Union, the full impact on the art market will not be clear for some time.

(Artsy)
While the solid results from this week’s London contemporary auctions have allayed short-term fears, in the long term it is much more difficult to predict the impact of Brexit on the art market. Even one week of auctions offers simply a data point, not a trend. The impact of withdrawing from the E.U. is simultaneously uncertain and massive, expected to reverberate for years to come. Given that no country has left the E.U. before, much confusion remains around the complex process of actually disentangling the United Kingdom from the E.U.’s nexus of rules and regulations. What will the final deal hold? Will British citizens and artists be able to remain abroad (and vice versa)? Will taxes and tariffs on art continue to be changed? Will the U.K.’s emergency budget—to be passed following the selection of the next prime minister—gut arts funding to pump money into a stimulus package?  Ultimately, it is the final arrangement between the U.K. and the E.U. that will have an enduring impact on the market. And no one, least of all those who led the charge for Leave, seems able to articulate what exactly this relationship will look like.

03  A new investigation has revealed that numerous works looted by Nazis and then returned to their country of origin by the famous Monuments Men ended up back in the hands of high-ranking Nazi families, rather than their legitimate owners.

(Artsy)
When the Monuments Men departed from Germany in 1949, they left some 10,600 Nazi-looted artworks behind in the care of the Bavarian government. State officials were tasked with returning these remaining pieces to the Jewish families who first owned them. However, as an investigation by London’s Commission for Looted Art in Europe (CLAE) has revealed, these works not only failed to find their original owners, but ended up instead in the collections of several prominent members of the Nazi party. These revelations grew out of CLAE’s research into the provenance of a particular painting seized from a Jewish family in 1938, which eventually wound up in the collection of Hitler’s personal photographer, Heinrich Hoffmann. When the work was returned to the Bavaria following the war, the state gave it to Hoffmann’s daughter, who sold it to the Xanten cathedral, where it still resides. So far, the cathedral has displayed no intention to return the work—and, legally, there is little recourse for the original owner’s descendants. Though numerous restitution cases have rocked Germany in recent years, most notably the Gurlitt case, the laws dictating the often arduous and murky process of restitution remain unchanged.

(Artsy)
The impact of his life’s work lives on through the tradition of fashion photography—where street style meets cultural anthropology—that he originated decades ago. In the wake of his death, no end of anecdotes have surfaced remembering chance (and not-so-chance; he was frequently sought-after) encounters with his viewfinder. Cunningham was known for a pioneering, no-fuss brand of street fashion photography that candidly captured what New Yorkers were actually wearing—the good and the bad—from unsuspecting pedestrians to the likes of Iris Apfel and Anna Wintour.

05  Though Christo’s walkway has attracted hundreds of thousands of visitors, the sprawling installation has experienced unforeseen wear and tear and also attracted a complaint from an Italian consumer group.

(via Yahoo News and Artforum)
Christo
’s Floating Piers is a 1.9-mile walkway of floating cubes covered in orange fabric, connecting two islands with the mainland Italian lake town of Sulzano. The piece, which opened June 18th, has attracted some 270,000 visitors in less than five days—well over the organizers’ expected 500,000 throughout the work’s 16-day lifespan. The additional foot traffic has worn out the piece, prompting it to be closed from midnight until 6 a.m., a change from the original 24-hour schedule. The Floating Piers is also facing a complaint from the Italian consumer group Codacons, who allege that the piece “might be a waste of public resources.” The complaint asks the government to look into how public resources were spent on the project, which, Codacons alleges, is a burden to the town of Sulzano as it produces extra trash, railway disruptions, and general inconvenience.

06  George Lucas’s museum will be built in California after prolonged legal battle with a small Chicago parks nonprofit scuttled plans to house the institution in the Windy City.

(via the Los Angeles Times)
From the outset, controversy has plagued the development of the Lucas Museum of Narrative Art—a proposed $700 million museum that will explore the relationship between visual arts and storytelling. The institution, which is to draw heavily on Lucas’s own collection, was originally intended for San Francisco before land-use issues sent it to Chicago. An ambitious plan, which would have seen the museum erected alongside Lake Michigan, met with a legal challenge from “Friends of the Parks,” a nonprofit which opposes all lakefront development. Though city officials welcomed the project and argued it would bring needed revenue and jobs, the lawsuit would have meant significant delays. Rather than wait it out, Lucas has hitched up his wagons and will return to California, where the museum will be built in either Los Angeles or San Francisco.

07  Beijing’s Ullens Center for Contemporary Art (UCCA) is looking for a new patron, with collector and current backer Guy Ullens seeking to hand over the reins.

(via randian)
The museum opened in 2007 and since then has seen more than four million visitors and hundreds of exhibitions, according to its website. The institution drew from the collection of Ullens, a Belgian billionaire who has been amassing art, including major Chinese works, for more than three decades. Ullens will be putting some of his artworks up at auction or selling them via private sale later this year. “I’m now in my 80ss and need to look at how to hand over the stewardship of the UCCA and my art collection to younger patrons of the arts,” Ullens said, while also promising to continue to back the museum until a buyer can be found. In 2013, the Wall Street Journal reported that Ullens’s collection numbered in the thousands. And under the patronage of Ullens, the UCCA has been the site of numerous important exhibitions, for both Chinese and Western artists.

08  Recent satellite imagery shows that ISIS destruction of antiquities in the Assyrian city of Nimrud, located in northern Iraq, has continued unabated.

(via The Art Newspaper)
The images, taken on June 3rd, reveal that ISIS has continued to level the Temple of Nabu, particularly the main entrance. As has been the terrorist organization’s practice, the group has videos documenting its haphazard destruction of the historic site. “In general, it seems that they [Isil] do not have the knowledge to distinguish between modern reconstructions of buildings and the ancient remains,” Colin Renfrew, an archaeologist at Cambridge, told The Art Newspaper. “They display a formidable ignorance. But when explosives and bulldozers are used, some serious damage can be done.” The destruction of heritage sites and antiquities by ISIS, particularly in the recently recaptured Syrian city of Palmyra, has met with worldwide condemnation. When not demolishing antiquities, the group also traffics them—though how much income the organization receives from such looted objects remains a source of contentious debate.

09  The site slated to host next week’s Liverpool Biennial has been hit by an arson attack.

(via Liverpool Echo)
The empty building in Liverpool, known as the Saw Mill and once the site of a nightclub, burst into flames Friday night after someone deliberately set the building ablaze, according to police. The damage was significant enough that planners of the Liverpool Biennial, which begins July 9th, were sent scrambling in search of another location in which to show a new video installation by Turner Prize-winning artist
Mark Leckey
. “We’re disappointed not to be able to show Mark Leckey’s work at the Saw Mill during this year’s Liverpool Biennial due to a fire at the venue over the weekend,” said Sally Tallant, the Biennial artistic director, adding, however, that they are “very excited” to be presenting Leckey’s work at another location in Liverpool.

(via The Art Newspaper)
Among the numerous works are pieces by contemporary artists including
Wolfgang Tillmans
and
Cerith Wyn Evans
. Borgmann’s donation dramatically boosts the Amsterdam museum’s collection of the contemporary art. “The composition of the gift matches the diversity of the art produced over the last 20 years, encompassing paintings, installations, collages, sculptures, photography, works on paper, and films,” the museum said in a statement. “Of particular note is the large scale of many of the pieces.” The donation from Borgmann, who used to run a gallery in Cologne, notably includes all of
Jack Goldstein
’s 16mm film works. A selection of the donation is slated to go on view in an exhibition at the Stedelijk Museum sometime in 2017.
Artsy Editors
Cover image courtesy of Sotheby’s.
Related Stories

What Will Guy Ullens’s Sale of the UCCA Mean for the Museum’s Future? 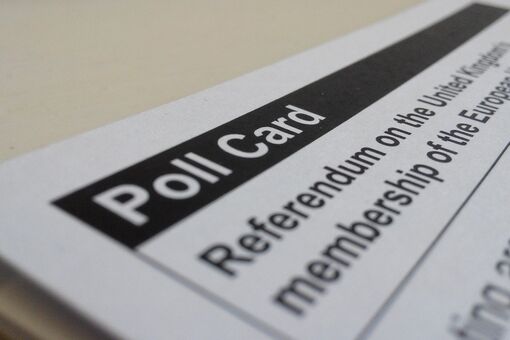 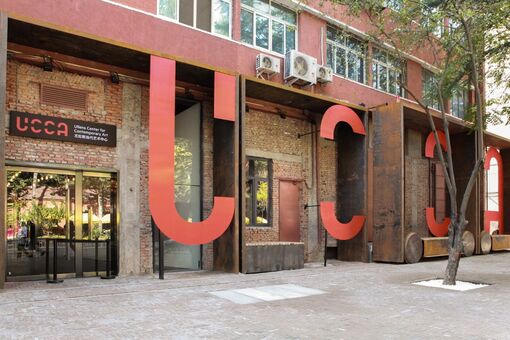 What Will Guy Ullens’s Sale of the UCCA Mean for the Museum’s Future?
Frances Arnold
Jul 1, 2016 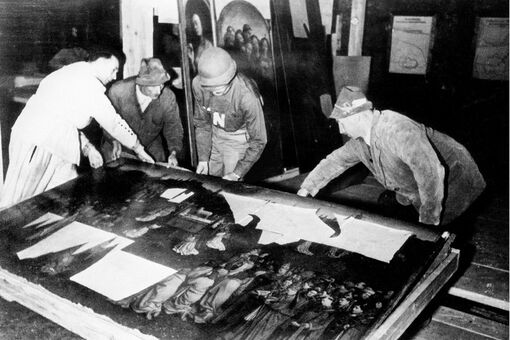 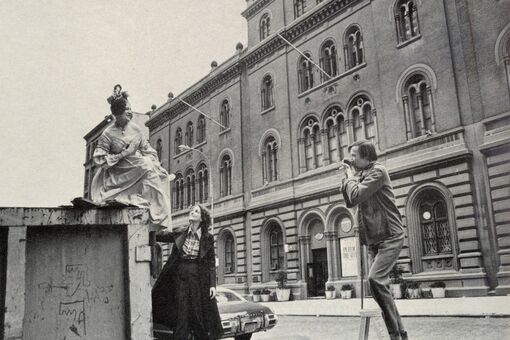