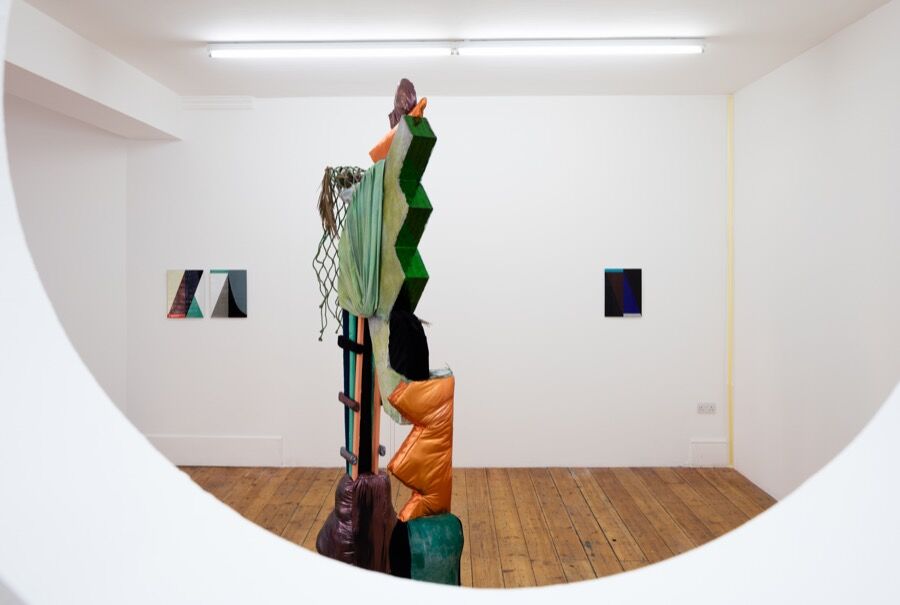 Condo, which describes itself as a “collaborative exhibition by 24 galleries across eight London spaces” and runs for a month, attempts to pioneer a new model for young galleries seeking to build their audience and client base abroad. It was conceived by Vanessa Carlos, director of Carlos/Ishikawa, as a cooperative alternative to the art fairs that have come to crowd an already busy calendar for dealers aspiring to grow their businesses. Eight London spaces—Rodeo, Southard Reid, and Project Native Informant in the West End, Carlos/Ishikawa and Supplement in the east, and The Sunday Painter, Arcadia Missa, and Chewday’s south of the river—play host to their peers (and rivals) from New York, Rome, Amsterdam, Shanghai, Berlin, Zurich, Paris, Geneva, Glasgow, and São Paulo.
Each visiting gallery, Carlos tells me, pays £600 for the opportunity and is entitled to all of the money accruing from sales. The London spaces are presented with the opportunity to exhibit their own artists alongside those brought from abroad, to develop a new network of contacts, and to be part of an endeavour that has garnered substantial press coverage and industry buzz in the otherwise grey weeks of London’s new year. It’s a project that seems to depend on the participants’ generosity of spirit and willingness to compromise—not always qualities one associates with the commercial art world—but there’s a clear financial incentive for all involved. The relative absence of risk, Carlos suggests, also liberates galleries to be more ambitious with their presentations. 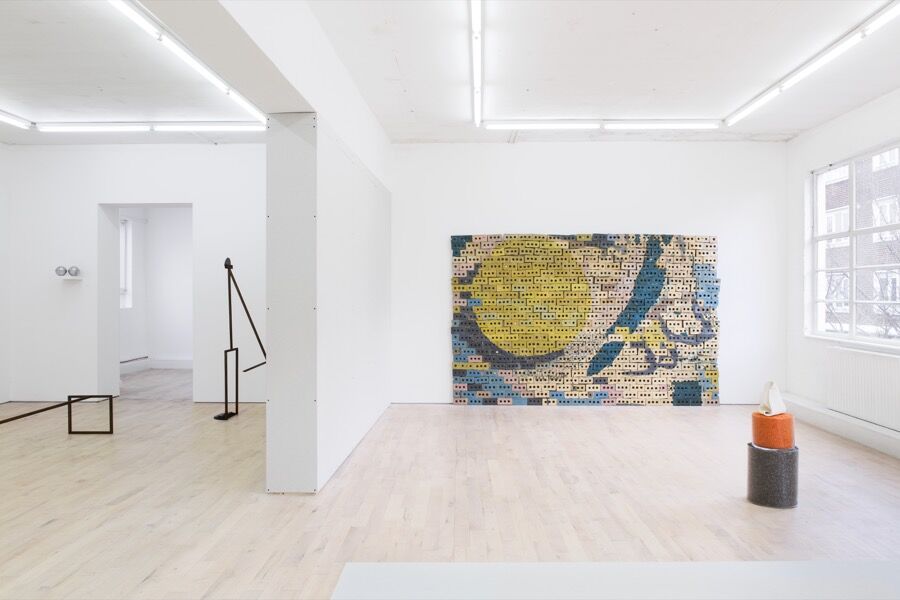 That the quality of work on view varies wildly is perhaps to be expected from the first installment of such an ambitious project, and the curatorial challenges inherent to corralling artists from three, four, or even five different galleries into a single small space are frequently apparent. The Sunday Painter does the best job of managing these difficulties, dividing its space neatly down the center and scattering a succession of minimalist forms arounds its floor and walls. This neatly choreographed exhibition also contains two of the standout works at Condo as a whole: a small, enigmatic vessel filled with dyed rice and a tottering wall of ceramic bricks by
Laura Aldridge
(represented by Glasgow’s Koppe Astner). Supplement Gallery, too, warrants mention for its effective presentation of work that veered from the lyrical—
Philomene Pirecki
’s oddly affecting Desire as a Form of Energy (2015), comprising UVC print on glass and shreds from a poem of the motivational poster variety—to the uncomfortably physical—Rachal Bradley’s oxblood PVC strips cleaving the space like a butcher’s curtain. 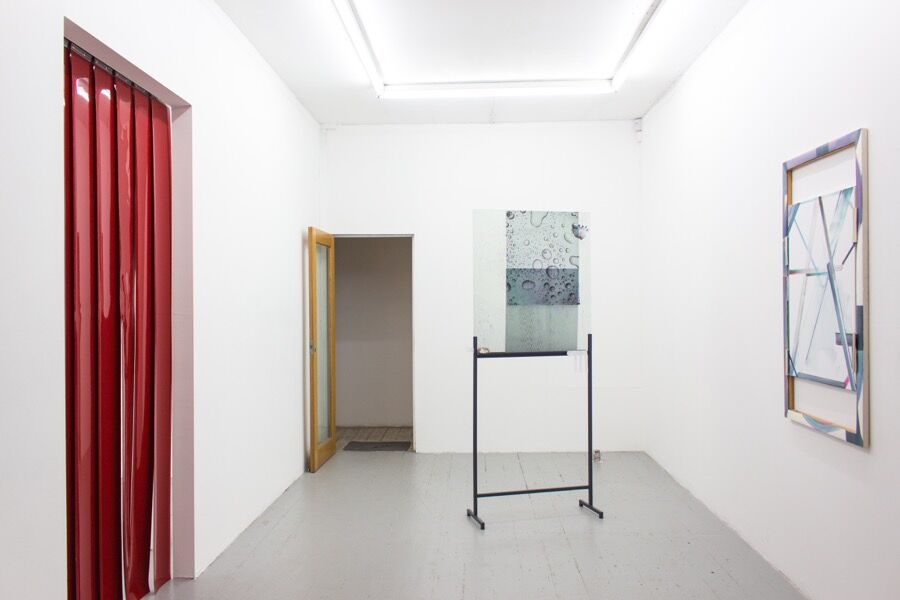 Installation view of works by Philomene Pirecki and Rachal Bradley in Condo at Supplement, London. Courtesy of the artists and Supplement.

Advertisement
While it labels itself a “collaborative exhibition,” there was no obvious thread or pattern linking its widely dispersed iterations. Indeed, so far flung are the venues—to visit them all requires at least one full day, with a minimum of two and a half hours on London’s bus, train, and tube networks (or a hefty taxi bill)—and so varied are the programs of the participants, that it would seem impractical to attempt to impose a single curatorial line. Instead, the galleries showing together are encouraged to consider how their artists might work in concert. On occasion it transpires that Robert Frost was right when he said that good fences make good neighbors: Carlos/Ishikawa divides its space into four discrete rooms to present work from Essex St and Mathew (both from New York) and Zurich’s Freymond-Guth alongside its own makeshift shop of artist-made clothing (including a slightly sinister bunny outfit by
Ed Fornieles
); Rodeo Gallery devotes its upper gallery to an immersive theatrical work by
Shadi Habib Allah
while its lower space is overtaken by paintings and sculptures from Callicoon Fine Arts. 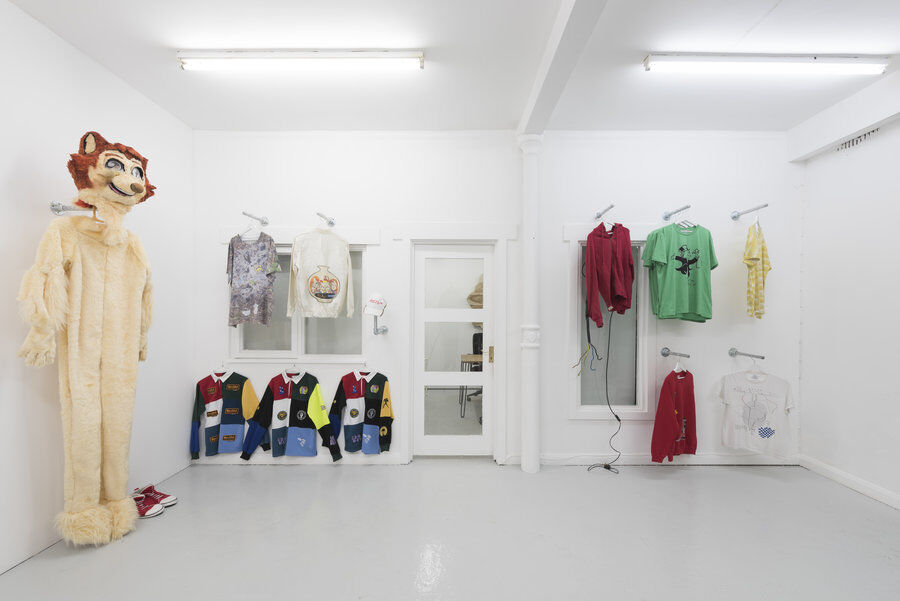 The past few years have seen much handwringing over the proliferation of international art fairs and the attendant pressure upon smaller commercial galleries to participate. While fairs offer younger dealers the opportunity to broaden their collector base and to be seen as part of the club (with the chance that you might catch the eye of a big collector because your stand is located between Gagosian and the VIP room), the simple economics of the venture—hiring a stand, transporting and installing the work, arranging accommodation and travel—often legislate against the possibility of turning a profit. For some galleries, the most powerful fairs function as the cash cows that underwrite the program at their permanent spaces, but for their smaller rivals they are something closer to loss leaders.
The geographic spread does diminish the sense that Condo could provide any kind of direct opposition to an art fair, the attraction of which to buyers is precisely that you can see everything in a single visit. Yet Carlos is clear that she doesn’t intend to offer a model that might substitute or displace fairs—which remain an indispensable part of any gallery’s schedule—but rather to offer another means by which smaller galleries can exhibit and sell internationally. This is an attempt to develop a mixed, sustainable business model that takes advantage of the increased facility of international travel and an exponentially more networked art world. 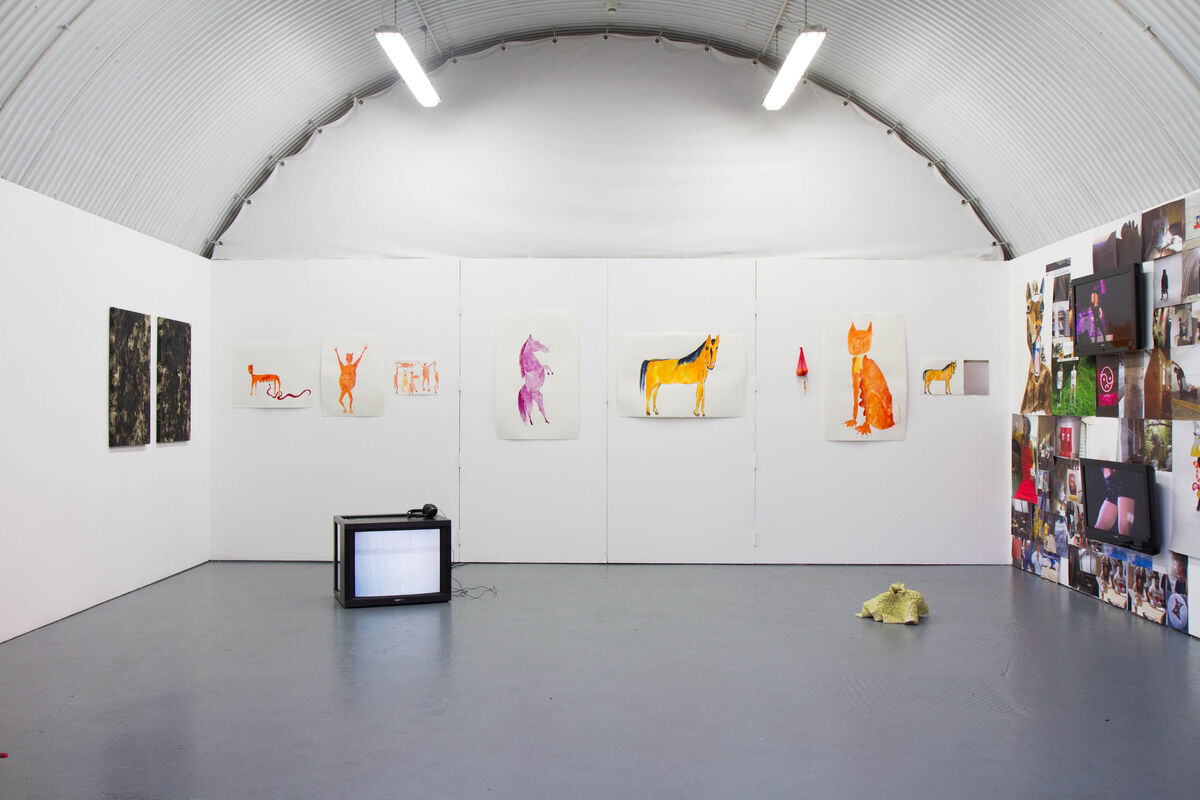 Carlos is already considering how it might be possible to export the model to other cities, with those galleries that visited London reciprocating. Perhaps the most attractive element of Condo is this sense of the younger galleries recognizing their own particular strengths and appeals, and co-ordinating their efforts to promote those qualities. In an art world with a diminishing attention span, the work of these galleries in identifying, nurturing, and indeed protecting new talent is to be acknowledged: the difference between these galleries and those that dominate the market is not exclusively one of scale, but also of approach, intention, and ideals. The most promising aspect of Condo is its determination to focus attention on those particular values rather than to accept that smaller galleries should hang on the coattails of their larger rivals.


Condo is on view across London through Feb. 13, 2016.
Related Stories