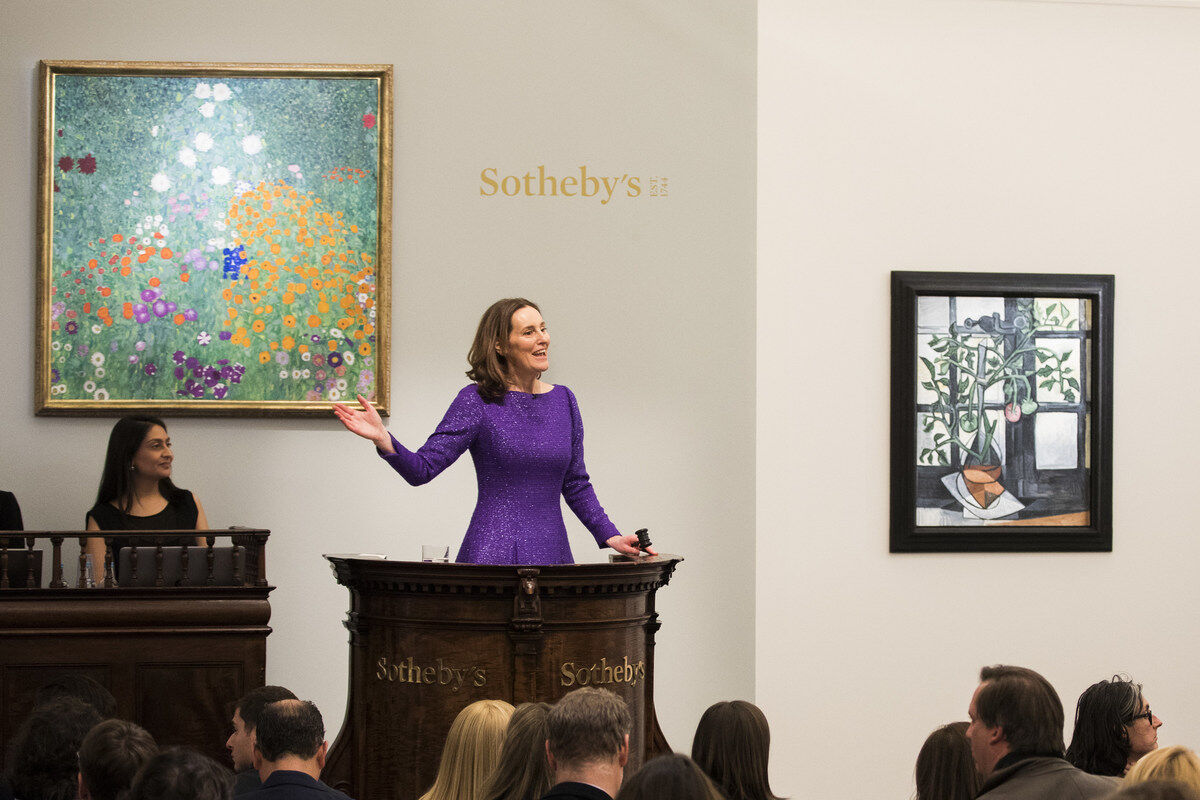 If the past two weeks of auctions in London are anything to go by, the art market is looking up after more than a year in decline. The combined total for evening sales of
Impressionist
, Surrealist, Modern, post-war, and contemporary art at Christie’s, Sotheby’s, Phillips, and Bonhams came in at £573.2 million, up 61.3% from the £351.4 million achieved in 2016.
The pace was set at Christie’s on February 28th, when the auction house sold £136.9 million worth of Impressionist, Modern, and Surrealist art—a 45% increase on the equivalent sales last year. The most expensive lot that night was
Paul Gauguin
’s Te Fare (La Maison) (1892), which sold for £20.3 million including fees through Christie’s Asia president Rebecca Wei.
According to Bloomberg, the Russian billionaire Dmitry Rybolovlev bought the painting for $85 million—or nearly four times the amount he earned last week—in 2008. Rybolovlev’s lawyers have suggested that this and other recent losses on artwork sales may help drive home the central complaint of the collector’s lawsuit against the freeport magnate Yves Bouvier. Rybolovlev accuses Bouvier of fraudulently overcharging him as much as $1 billion on art purchases, an accusation that Bouvier vigorously denies.
On March 1st, the Sotheby’s Impressionist and Modern sale and additional Surrealist sale vaulted over the bar set by Christie’s, making a combined £194.8 million including buyer’s premium—the highest-ever total for an evening auction in London. Helena Newman, the auctioneer and chairwoman of Sotheby’s Europe, described the night as “momentous” for the art market.
The series of auctions marked the “first real test of the market in 2017,” she said. “And now here we are, with the market having been tested across a number of critical pressure points and having proven itself extremely strong, ‘bulletproof,’ even,” she added, quoting art advisor Rory Howard.
Almost a quarter of the total at Sotheby’s was brought in by
Gustav Klimt
’s vibrant garden scene, Bauerngarten (1907), which sold for £48 million, a record for a landscape by the
Secessionist
artist and the third-highest price for any work of art sold at auction in Europe. It was guaranteed to sell, having been backed by a third-party guarantor. Two Asian collectors chased the canvas, but it went to the house’s specialist for Austria, as Viennese curator Alfred Weidinger predicted to Artsy that it might.
Perhaps incentivized by a weak pound, Asian bidders were out in full force across all the London sales, which were held three weeks later than usual to avoid a clash with the Lunar New Year holiday. At the Christie’s sale of Impressionist and Modern works, Asia-based representatives bought around half of the 14 works, which had been consigned by German philanthropist Barbara Lambrecht.
At the Sotheby’s post-war and contemporary evening sale on March 8th, the most expensive lot,
Gerhard Richter
’s Eisberg (Iceberg) (1982), sold on the phone to a bidder from Asia for £17.7 million with fees. “There’s a lot of Asian interest in Richter,
Georg Baselitz
, and
Markus Lüpertz
,” said Gordon VeneKlasen, a partner at Michael Werner Gallery, which represented Baselitz from 1963 to 2000. Collectors from Asia “do their research well,” he said.
Sotheby’s was keen to push the strength of its German artists, a strategy that paid off. The 15 works by German artists in the sale nearly doubled their combined pre-sale estimate of £26.7 million to sell for £48.1 million. There were records for the photographer
Wolfgang Tillmans
and for Baselitz, whose Mit Roter Fahne (1965) sold after a single phone bid to the guarantor for £7.5 million with fees. The work carried a pre-sale estimate of £6.5–£8.5 million.
“We haven’t seen a group of artists like it since the
Abstract Expressionists
,” VeneKlasen said.
Overall Sotheby’s made £118 million with fees, against an upper estimate of £112.6 million. The result represents a 70% increase from last year’s sale.
Sotheby’s used guarantees more liberally than in the past for this series of London sales. Fifteen of the 61 lots on offer were guaranteed either by Sotheby’s or by a third party. Sales of those works made up 46.6% of the evening’s value, or £55 million. Last year just four lots were guaranteed with a combined low value of £3.8 million.
Christie’s was more sparing with its guarantees in its contemporary sale, which made a total of £96.4 million with fees (est. £67.6–£101.6 million), up 65% from last year’s total. Guarantees represented £14.6 million or 21.6% of the overall value of the sale compared with £15 million or just under 30% in February 2016.
Francis Outred, Christie’s head of post-war and contemporary art in Europe, said the house has been “cautious” with guarantees over the past two years. “Sellers want to see the real marketplace. They tend to only want guarantees if expectations are ambitious,” he said.
Some in the trade say guarantees can inhibit the potential value of a work. “The market responds better to works that have not been guaranteed,” said London dealer Omer Tiroche. “It may also be detrimental to buyers to think that the higher you bid the more the auction house’s cut—which is already too high—increases.”
Matt Carey-Williams, deputy chairman at Phillips, Europe and Asia, said there is a shift away from guarantees at the auction house partly because clients are opting for other financial tools such as enhanced hammer deals. Phillips guaranteed four out of 30 lots in its March 8th sale, down from 11 in 2016.
Phillips made £14.7 million with fees against an estimate of £13.3–£19.2 million. After the sale, Edward Dolman, Phillips’s chairman and chief executive, acknowledged that the house could have been “a bit more aggressive” with guarantees.
“The market seems solid and predictable,” he said.
After a year of uncertainty, the art market does indeed seem more solid, impervious even to the threats of Brexit and the election of President Donald Trump. Some dealers cite the political changes as having a positive impact.
“Brexit invited more bidding from America, while Trump only seemed to strengthen the markets so people felt richer,” Tiroche said. It now remains to be seen how the bellwether contemporary auctions in New York in May fare under the new administration.
Anny Shaw
Related Stories 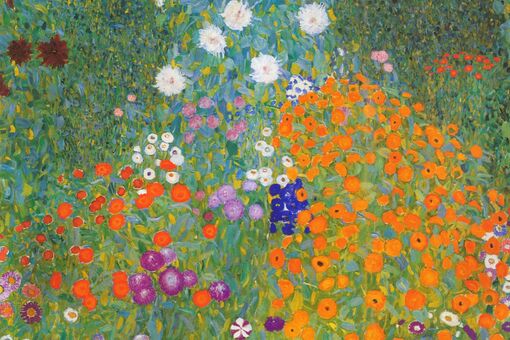 Why This Gustav Klimt Landscape Is Likely to Set a New Record
Anny Shaw
Feb 22, 2017