How Many “Lost” Masterpieces Are Already Hanging in Museums? 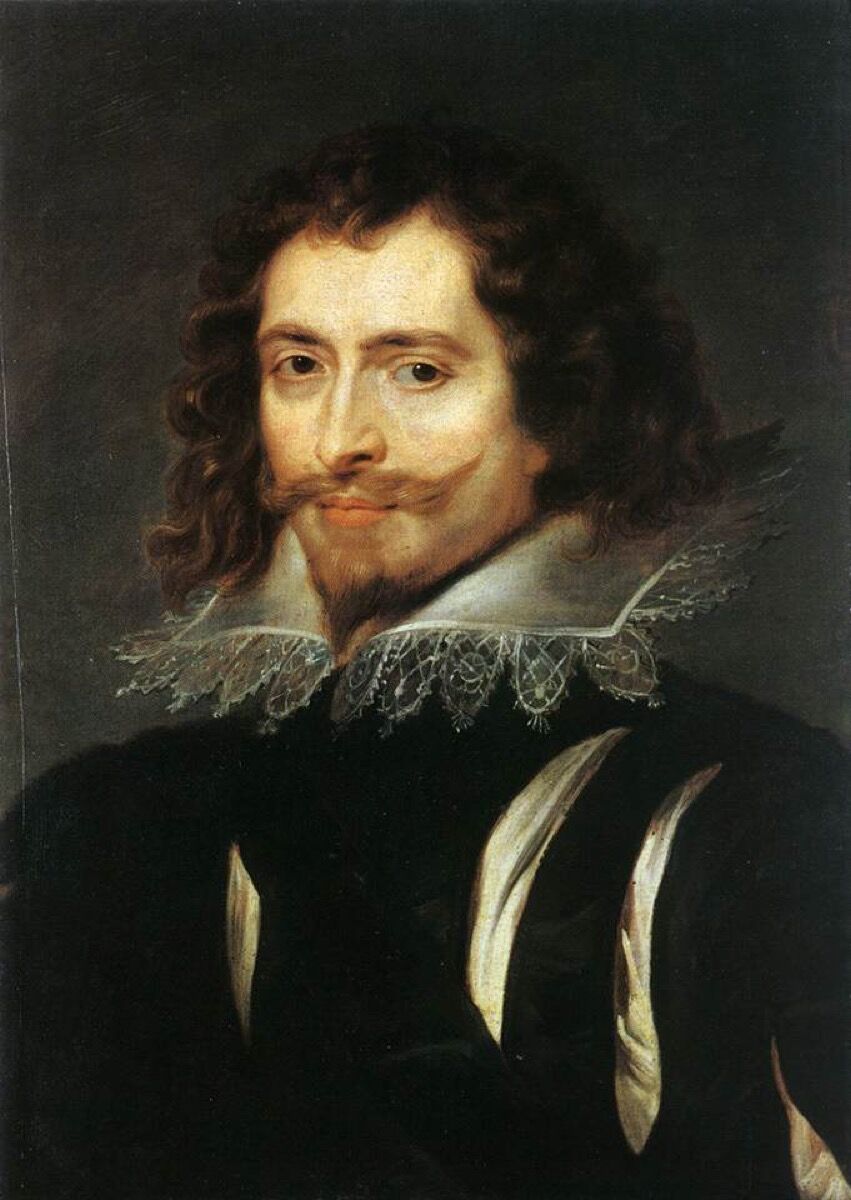 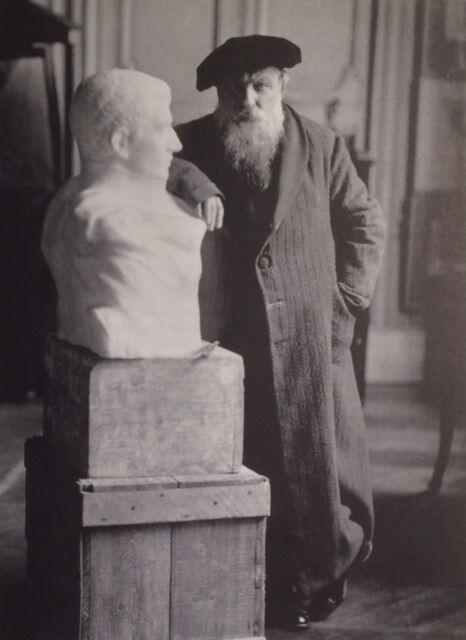 Auguste Rodin with his sculpture of Napoleon Bonaparte. Courtesy of the Hartley Dodge Foundation/Musée Rodin.

Dr. Bendor Grosvenor, host of BBC4’s television series “Britain’s Lost Masterpieces,” had a day off—and he’d elected to spend it touring one of Glasgow’s historic homes with his wife and daughter. But even off the clock, the art dealer couldn’t help but notice a particular portrait of a curly-haired gentleman hanging on the wall.
“This picture just seemed to stand out,” he said. “I could see from the bits that were visible and not overpainted that some of it looked very Rubensian.”
Thought to be a copy, the portrait was positioned high on the wall, near the fireplace. Grosvenor returned the next day with his binoculars; encouraged by what he saw, he began a series of negotiations with the National Trust to borrow the work for examination and cleaning.
In mid-September of this year, Ben van Beneden—director of the Rubens House in Antwerp—confirmed Grosvenor’s suspicion. He deemed the work an original by
Peter Paul Rubens
, and a rather special one: a long-lost portrait of George Villiers, the first Duke of Buckingham, who was thought to have been the male lover of Scottish king James VI and I.
“Art historians had known for a long time that there was a missing original portrait by Rubens, but this painting had never been discussed or published by any Rubens scholars ever,” Grosvenor said. “So it is a great example of how these things really can be hiding in plain sight—and how much is still out there waiting to be found.” 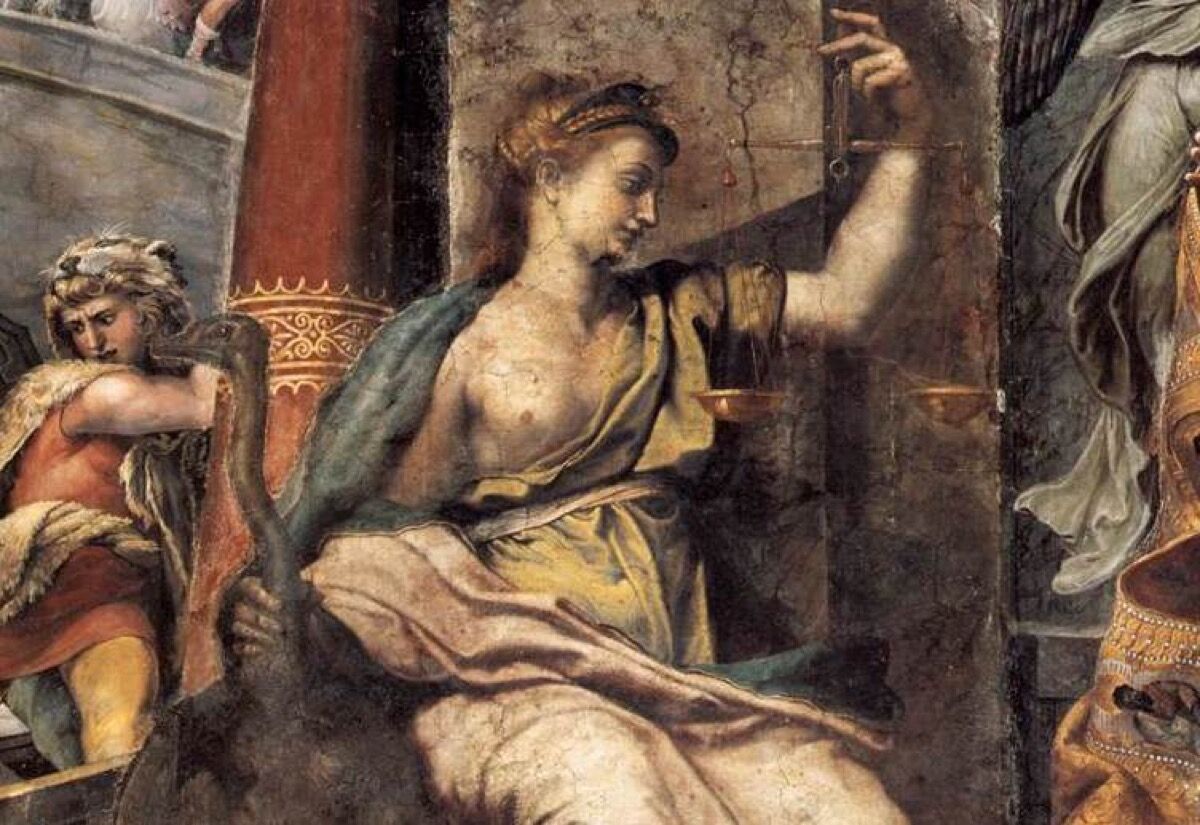 Raphael, The Allegory of Justice. Photo via Wikimedia Commons.

In fact, Grosvenor says we’re “potentially in a golden age for finding pictures” in public collections that have long been overlooked. Several
Old Master
paintings have turned up just this year. In July, two frescoes in the Vatican thought to be the work of
Raphael
’s students were determined be by the master himself. In October, a New Jersey town announced that a bust of Napoleon Bonaparte, on display for over 80 years in the council chambers of a local borough hall, was actually a long-lost work by
Auguste Rodin
.
“In all these examples, somebody took a little extra time or by accident looked at something more closely, maybe because they were just passing by or because they were working on a specific project,” said Petria Noble, head of paintings conservation of Amsterdam’s Rijksmuseum, who specializes in restoring 17th-century Dutch masterpieces.
Noble said there is one category of Old Master painting that is now being “discovered” more often than others: oil sketches, or full-scale oil paintings that are either unfinished preparations for a larger work or finished works that appear unfinished because of their loose brushwork.
The Rubens in Glasgow is one such work. It was likely an oil sketch that was later “completed” by another artist who thought he was improving it. As a result, the master’s original artistry was long hidden. A number of recently rediscovered paintings by
Rembrandt van Rijn
also fall into this category, Noble noted.
“For a long time art historians didn’t know what to think of these kinds of works,” she said. “But now, because of new historical and technical research, these things are being rediscovered and put into their proper context. It’s a complex area, and sometimes it takes time for a consensus to be developed among experts, but as technology evolves and there’s more consensus there will be new pictures discovered.”
Macro X-ray fluorescence, for example, is a new, non-invasive tool that allows specialists to scan the surface of a painting and collect data on pigments without ever touching the artwork. Advances in dendrochronological research, the dating of wood panels, have also allowed researchers to more precisely determine the year a work of art was made—often a crucial data point.
“These tools can contribute to a much more refined kind of connoisseurship that is not wholly dependent on an expert’s eye—and I still believe in the expert eye, that always has to be the point of departure,” said Anna Tummers, a curator at the Frans Hals Museum in Haarlem and author of the book, The Eye of the Connoisseur: Authenticating Paintings by Rembrandt and His Contemporaries. “If you can also look below the surface and take the materials into account, that gives you a more refined picture.” 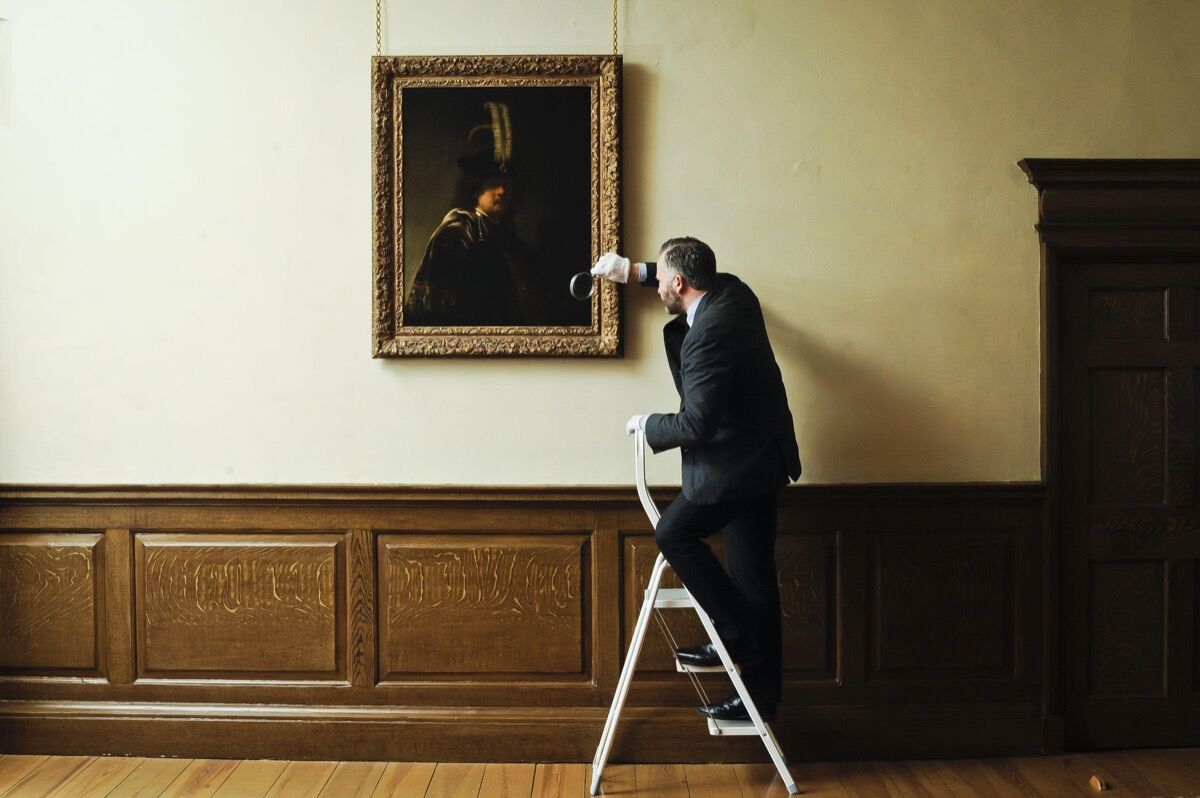 Curator of Pictures and Sculpture at Buckland Abbey David Taylor inspects a confirmed self-portrait of Rembrandt discovered at the Devonshire Abbey. Photo by Ben Birchall/PA Images via Getty Images.

Advertisement
There’s another, lower-tech reason why major artworks have been overlooked or misidentified in the past: A lot of them are dirty. The Rubens identified by Grosvenor, for instance, had accumulated years of dust, and its varnish had darkened significantly over time. Varnish also concealed a Rembrandt self-portrait, uncovered in 2014 at Buckland Abbey in southwestern England.
“The key element for me has been the cleaning,” said David Taylor, a curator who oversees the Abbey’s collection, in a statement at the time. “The varnish was so yellow that it was difficult to see how beautifully the portrait had been painted. Now you can really see all the flesh tones and other colours, as well as the way in which the paint has been handled—it’s now much easier to appreciate it as a Rembrandt.”
But sometimes, the tools necessary to uncover a masterpiece that’s hiding in plain sight are even more rudimentary. A good flashlight, said Grosvenor, is “very essential. In my game, you’re often trying to peer at pictures that are hung way too high, so a good pair of binoculars is also crucial.” He spotted a Rubens with his, after all.
—Nina Siegal
Related Stories