The Lucas Museum Embodies a New Hope for Institutional Diversity 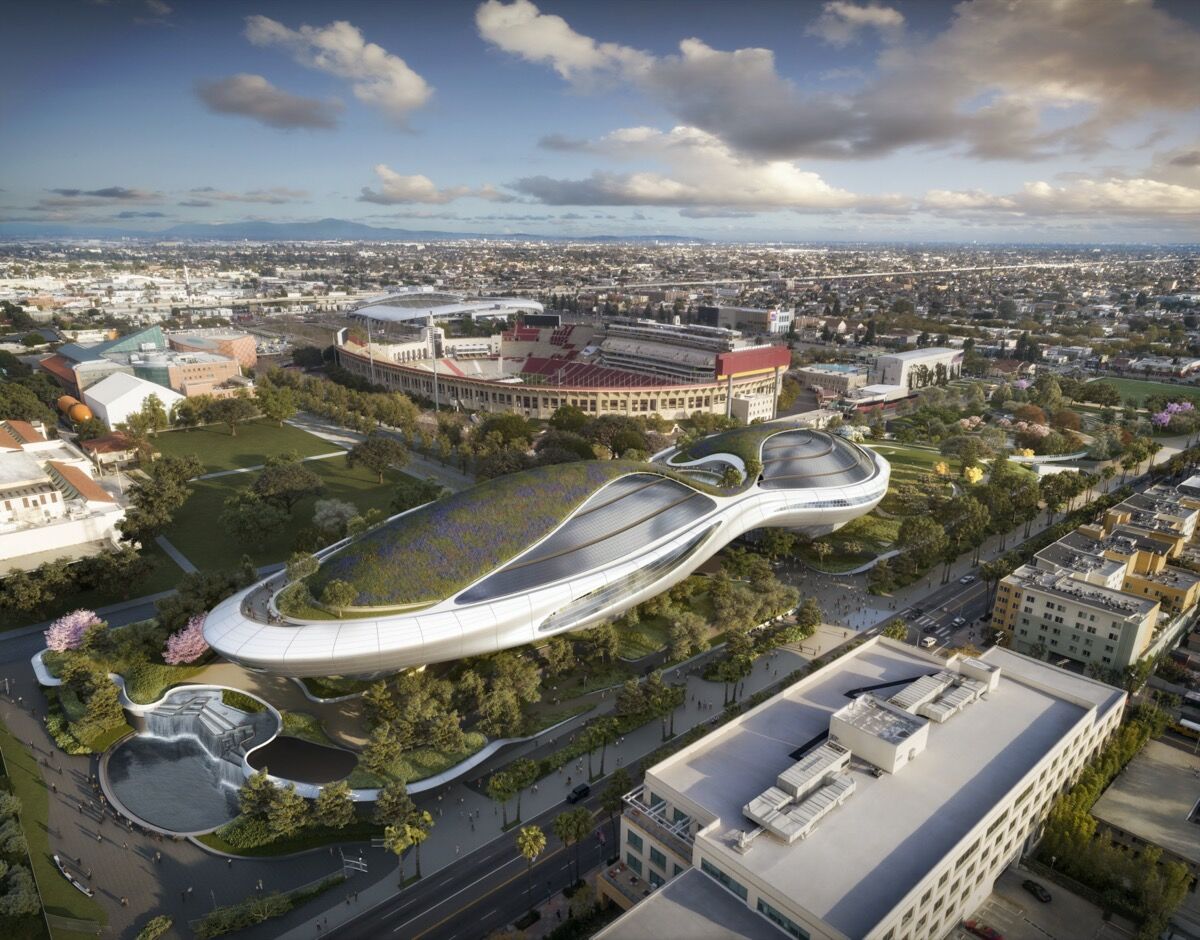 Calls to diversify leadership in the art world have steadily gained traction in recent years. Spurred by the police killing of George Floyd, the current reckoning with racism (institutional and otherwise) has made these efforts all the more urgent. Despite the pressing need for reform, however, art museums have proven to be reluctant to reflect diversity in their top positions. In 2018, a survey conducted by the American Alliance of Museums (AAM) found that only 12% of art museum leaders are people of color, an increase of just 1% from the findings of a similar survey in 2015. Meanwhile, the U.S. Census Bureau estimated in 2019 that just under 40% of the U.S. population identifies as Black, Indigenous, and people of color (BIPOC).
“Museums as a subset of the arts and culture sector probably have had the furthest to go and therefore are often the slowest to change as it relates to diversity in top leadership roles,” said Wyona Lynch-McWhite, senior vice president at Arts Consulting Group, a national firm that helps organizations identify, recruit, and place executive leaders. Ostensibly, bringing on new, more diverse leadership is a complicated task for a large, established institution. Most glaringly, there’s the issue of what to do with existing presidents, CEOs, directors, and board members, the vast majority of whom are white, as studies by AAM, the Mellon Foundation, and others have shown. But what if you had the opportunity to build a major museum from scratch? Such is the case with the Lucas Museum of Narrative Art in Los Angeles. With substantial constructed scheduled to be completed in 2021, the museum has a rare chance to model what an equitable and inclusive institution might look like from the get-go.
Co-founded by Star Wars mogul George Lucas along with his wife and Ariel Investment co-CEO Mellody Hobson, the museum’s enormous $1.5 billion budget is funded entirely by the Lucas family, granting the nonprofit certain freedoms that museums reliant on public money and subject to the oversight that comes with it don’t always have. With those freedoms, the museum has made it a point to center women of color in key leadership roles. Most significantly, the board (which includes Hobson and Andrea Wishom, president of Skywalker Holdings, as two women of color among its nine members) recently named Sandra Jackson-Dumont as its director and CEO. Having previously served as the chairman of education and public programs at the Metropolitan Museum of Art in New York, Jackson-Dumont has devoted her career to connecting museums with their communities.

During her five years at the Met, Jackson-Dumont led multiple initiatives that significantly grew the museum’s capacity to more inclusively engage with New Yorkers. In 2018, she developed the Met’s Civic Practice Partnership residency program, which supported artists like
Miguel Luciano
and Rashida Bumbray to create works fostering strong community bonds throughout the five boroughs. Jackson-Dumont was also responsible for the expansion of the museum’s teen open house into a robust initiative called Teens Take the Met, which partners with 40 other organizations.
“I come into my role having had tremendous experience at every organization I’ve worked at, whether it was intergenerational programming and diversity and inclusion and accessibility at the Whitney, or my work at the Studio Museum, or being a beneficiary of some of these resources,” said Jackson-Dumont in a recent phone interview. “At the Lucas Museum, the platform allows me to function as the chief diversity officer of the institution—which should be the form and function of any executive director.”Since being brought on to helm the Lucas Museum, Jackson-Dumont has helped assemble a cohort of exceptionally talented women of color, whose careers reflect a steadfast commitment to community engagement, to fill top leadership positions. This includes chief curator and deputy director of curatorial and collections, Pilar Tompkins Rivas; director of public programs and creative practice, Amanda Hunt; managing director of learning and engagement, Nenette Luarca-Shoaf; director of computing and infrastructure, Erica Neal; and director of special events, Anais Disla.
“This is an opportunity to build a new museum,” said Tompkins Rivas. “It’s an opportunity to centralize those commitments to diversity, inclusion, access, and equity as the institution is being built.” Prior to her current position, Tompkins Rivas served as the director and chief curator of the Vincent Price Museum of Art in nearby East Los Angeles. There, she staged critically acclaimed solo shows of a diverse cohort of artists including
Laura Aguilar
,
Guadalupe Rosales
,
Yolanda González
, Gabriela Ruiz, and
Wang Xu
.
“Sandra is assembling a great team to join an already great group of people,” Tompkins Rivas continued. “We have the potential to impact the field in really positive ways and I look forward to building that with my colleagues.”

Advertisement
While the Lucas Museum is fairly unique in its ability to proactively build diversity into its foundations from the onset, its leaders adamantly insist that this does not make them exceptional. “I believe it’s all about intentionality,” said Jackson-Dumont. “There are some great leaders at big and established institutions that have charted a course and are coming from a place of nimbleness and are changing the practice. Meanwhile, there are plenty of smaller institutions trying to mimic more established institutions and take on some of those same behaviors. In our case, we’re trying to learn from all of it.”Tompkins Rivas concurred. “These kinds of principles of centralizing a commitment to diversity are things all museums can take steps towards,” she said. “It’s just a matter of prioritizing them within the work that you do.”
The recent waves of Black Lives Matter protests have made abundantly clear that museums need to adapt to keep pace with the communities they serve. “If you’re not a diverse, inclusive, and anti-racist institution, you are going to be faced with a level of irrelevance that is going to be problematic,” said Jackson-Dumont. “I think it’s beautiful that museums are really confronting this.”
Though art institutions as a whole have a long way to go when it comes to reflecting equity at the top, recent actions, conversations, and initiatives have inspired hope that they’re slowly moving toward those goals. “Many organizations are in different phases,” explained Arts Consulting Group’s Lynch-McWhite. “When we used to ask about equity statements and policies, many organizations hadn’t done that work. That’s not so much the case moving forward. It’s an evolution.”
By utilizing its blank slate to proactively adopt principles of diversity, equity, and inclusion, in many ways the Lucas Museum represents a new hope for art institutions, embodying all the anti-racist learnings of recent years.
Shannon Lee is Artsy’s Associate Editor.
Correction: A previous version of this article incorrectly suggested Wang Xu is a female artist; he is a male artist. Additionally, the museum may not be completed in 2021, but substantial construction is scheduled to take place. The text has been updated to reflect these changes.
Related Stories 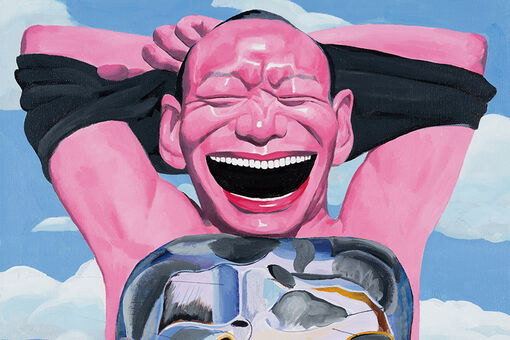 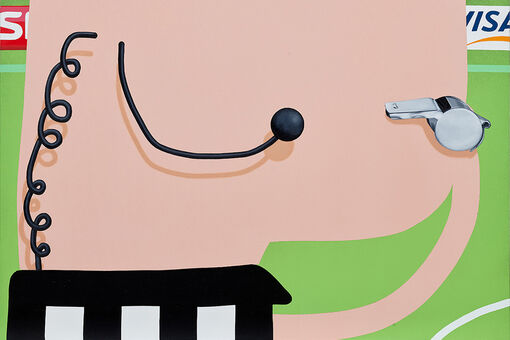