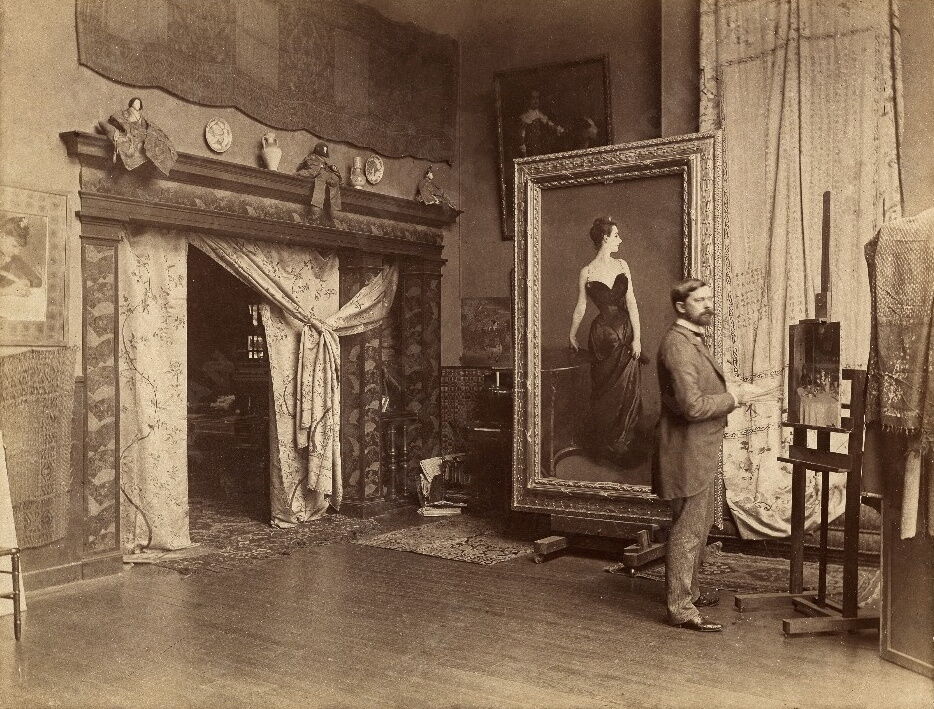 In 2019, it’s hard to see why
John Singer Sargent
’s 1883–84 painting Madame X scandalized Paris. If you visit the Metropolitan Museum of Art’s American wing, where it now hangs in an ornate gold frame, you’ll see a simple composition of a porcelain-skinned woman with an updo standing against a brushy brown background. She wears a plunging black gown with gold straps, one hand clutching a fan while the other rests on a round table. Her face is in profile, the line of her long nose leading the viewer’s eye slantwise out of the picture.
Today, the painting looks elegant—a woman with immaculate skin and patrician features, clothed in what appears to be an expensive, well-constructed dress. That perception belies the sordid history of its model, Virginie Amélie Avegno Gautreau, and the brouhaha surrounding the portrait’s debut at the 1884 Paris Salon. The public’s reaction was so vehement that Sargent moved out of the country, and his high-society model’s reputation was forever tarnished.
This response was partially due to what now seems like an innocuous detail: Sargent’s picture initially showed one of the dress straps hanging seductively from its subject’s shoulder. Yet the painting’s lewdness probably wasn’t what offended Parisian society. The artwork was something worse—downright tacky.
Sargent was born in Italy in 1856 to an American doctor and social climber mother. “Dr. Sargent and his wife didn’t have the financial means of the gilded expatriates,” Donna M. Lucey writes in her 2017 book, Sargent’s Women: Four Lives Behind the Canvas, “but the couple socialized at the edges of that class, with Sargent’s mother cutting a slightly ridiculous figure as she tried to keep up.” The family moved around Europe, outsiders in both national and financial terms. 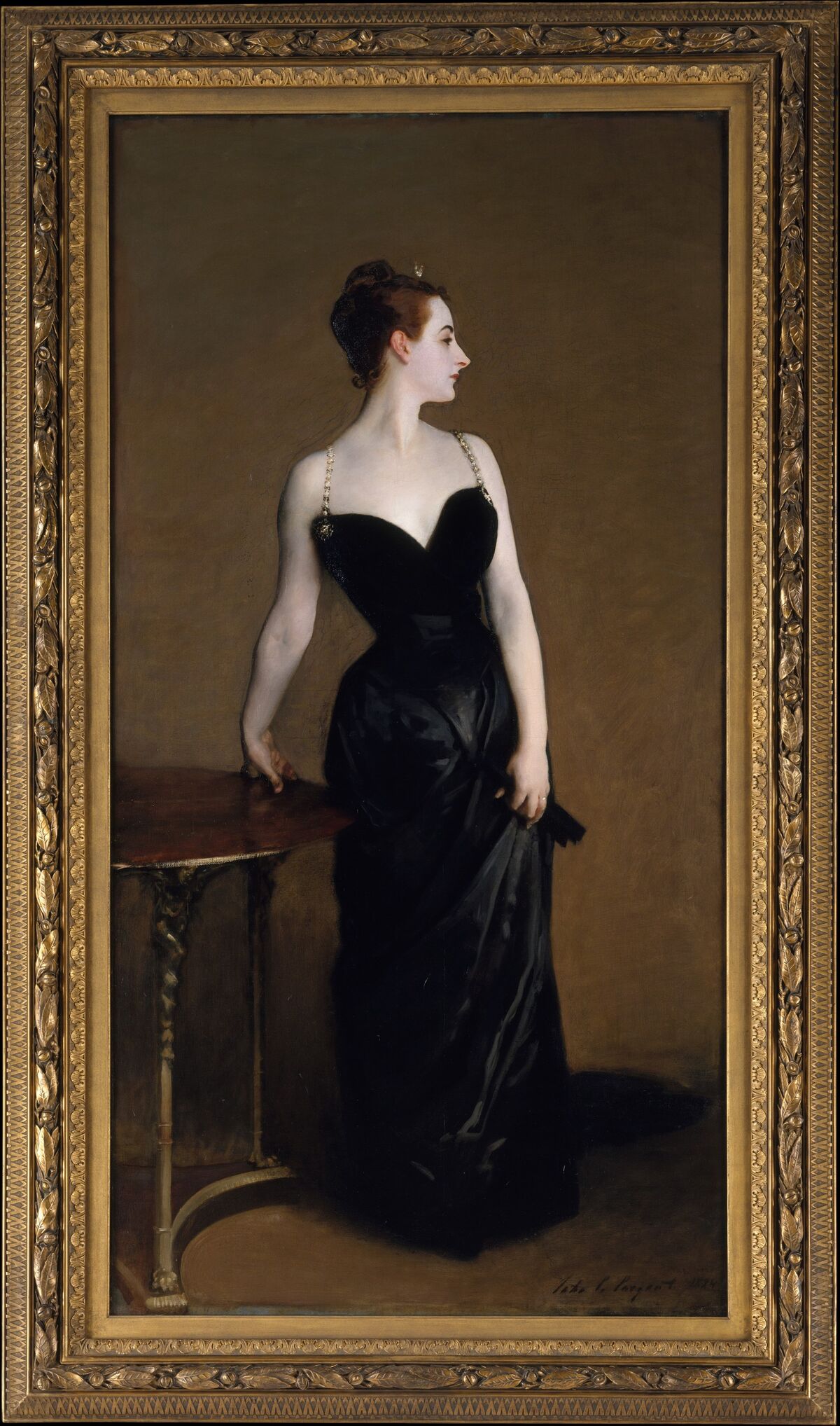 Nevertheless, Sargent’s mother ensured that her son attended a prestigious Parisian atelier. He first applied for the city’s annual, tastemaking Salon exhibition in 1877, with a portrait of his childhood friend, Frances Sherborne Ridley Watts. After his success at the Salon, the artist began to receive more portrait commissions, and soon had a profitable career painting upper-class women who had the funds for such vanities.
Despite the demand for his portrait services, Sargent had his own artistic ambitions. He first met Gautreau, a society figure who went by Amélie, in the 1880s. He was captivated and decided he had to paint her—not for a commission, but for his own satisfaction.
In the mid-20th century, Sargent biographer Charles Merill Mount circulated a rumor that the artist was introduced to Gautreau by a prominent gynecologist named Samuel-Jean Pozzi, with whom she may have been having an affair. Sargent had painted a portrait of the doctor, titled Dr. Pozzi at Home, in 1881. In the painting, the doctor is dressed in particularly ornate loungewear: a long red robe tied with tassels, and pointy red-and-silver slippers as a scarlet curtain ripples behind him.
Yet in Diva and the Doctor God: Letters from Sarah Bernhardt to Doctor Samuel Pozzi (2010), Caroline De Costa refutes Mount’s story, suggesting that Gautreau and Pozzi were merely friends. In her 2003 book Strapless, Deborah Davis asserts that Sargent launched a full campaign to convince Gautreau to sit for him, enlisting multiple mutual acquaintances in his request.
Regardless of how Sargent met Gautreau, sources agree that she was a particularly difficult subject. As the Chicago Tribune relayed in a 1987 article, Sargent’s subject didn’t want to be painted in Paris and made the artist wait until she and her husband were summering at their country estate in Brittany. Gautreau was restless throughout the process, a state communicated in a particularly revealing study by Sargent, in which she is lying in languid repose on a couch. 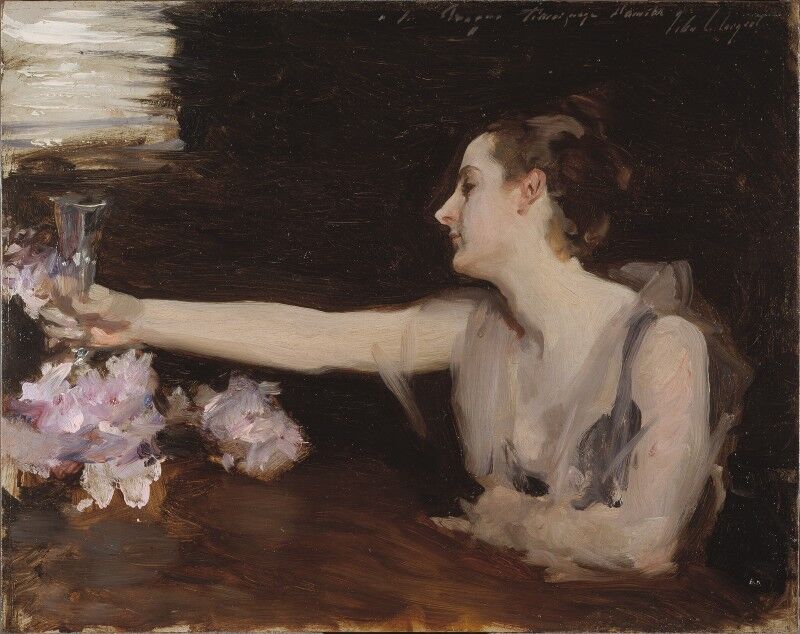 Advertisement
As Davis describes, “Amélie was impatient with the interminable, boring process, the frequent sessions of enforced stillness. She had difficulty paying attention to Sargent’s directions, and the household was chaotic… there was the rigorous social calendar… and of course, visits to the beach and boardwalk.”
Sargent traveled to and from Paris as he too became frustrated with the process. He once wrote to his friend, the writer Vernon Lee, “Your letter has just reached me, still in this country house struggling with the unpaintable beauty and hopeless laziness of Mme. Gautreau.”
After creating numerous preparatory sketches and several painting attempts, Sargent managed to finish his picture for the 1884 Salon, which he originally titled Portrait of Mme***. The reception was poor. As De Costa writes, “After the Salon, fame briefly morphed into infamy, and Madame Gautreau was subject to derision and jeers in the drawing rooms of Paris.” Viewers understood the subject’s bare shoulder, with its dangling strap and exposed cleavage, as a nod towards Gautreau’s loose sexual morals.
This wasn’t a new claim: Gautreau already had a reputation as an adultress. Davis writes of Gautreau’s rumored liaisons with French statesman Léon Gambetta and diplomat Ferdinand de Lesseps. Not all contemporary writers fault her for this alleged promiscuity: Her wealthy husband, as Miranda Seymour wrote in the New York Times, was “small, singularly ugly and twice the age of Amélie Avegno.” Yet such a public, visual display of her sexuality brought Gautreau additional disrepute.
Parisian tastemakers recoiled not just from the subject’s revealing clothing, but from her ghostly skin-tone as well. Like other fashionable women of her day, Gautreau may have been ingesting arsenic to lighten her skin (although Davis believes she more likely used rice powder). In a review of the 1884 Salon, the Times reported, “Sargent is below his usual standard this year… The pose of the figure is absurd, and the bluish coloring atrocious. The features are so exaggerated that the natural delicacy of outline is entirely lost.” Under Sargent’s brush, the “so-called beautiful” subject looked like a mere “caricature.” 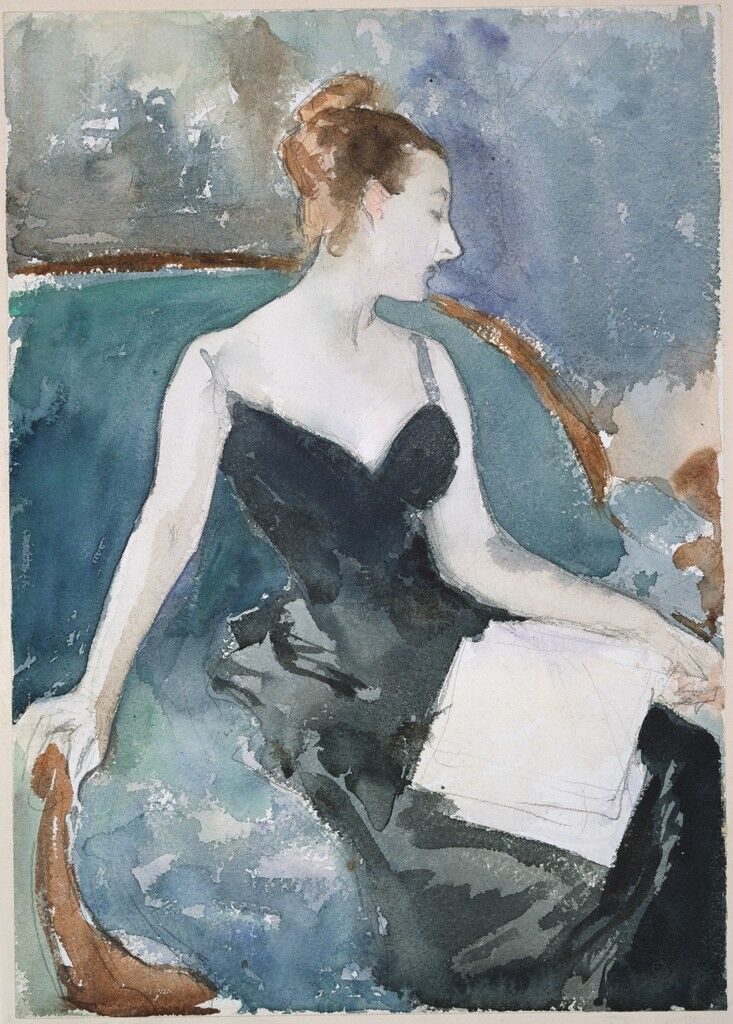 Gautreau’s mother was furious. According to the Tribune article, she lamented to Sargent, “All Paris is making fun of my daughter... She is ruined. My people will be forced to defend themselves. She’ll die of chagrin.” Melodrama ensued. Gautreau never recovered from the shameful incident and retreated from Parisian society for the rest of her life. De Costa cites a letter in which she moaned, “I will try to get over the sadness which for several days has overwhelmed me and which makes me depressed enough to die.’”
Sargent was meanwhile concerned with his own reputation. Critics so lambasted the canvas that the artist opted to make a crucial change to the composition: After the exhibition ended, he repainted Gautreau’s strap to fall properly on her shoulder. In 1886, he escaped his infamy in Paris and lived the rest of his life in London, never again taking such a risk with his practice.
He did also take a major step to limit Gautreau’s notoriety: When he gave the painting to the Metropolitan Museum in 1916, he insisted the institution continue to disguise the subject’s identity. And thus, “Madame X” has, instead of adopting the far more banal Portrait of Mme. Pierre Gautreau, retained its teasing title.
The painting has, perhaps, become more famous for the uproar it inspired than for any artistic merit. Mid-century American critic Hilton Kramer didn’t see anything special about the work. In a 1981 article for the New York Times he wrote, “No one is likely to pronounce it profound, and for its date it is a very long way from being radical in style. It is a solid and comfortable picture—a little odd in its coloring, a little contrived and self important in its pose, perhaps, but probably no more so than the subject that originally inspired it.” Kramer, however, neglects one crucial element of the painting: its relationship to modern fashion. The chic garment at the center of Sargent’s artwork may be Madame X’s true subject and its greatest legacy. Attitudes towards women’s sartorial sensuality—on the runway and in the gallery—are fickle. A good black dress is timeless.
Alina Cohen
Related Stories

The Secret Language of Jewelry in Women’s Portraits 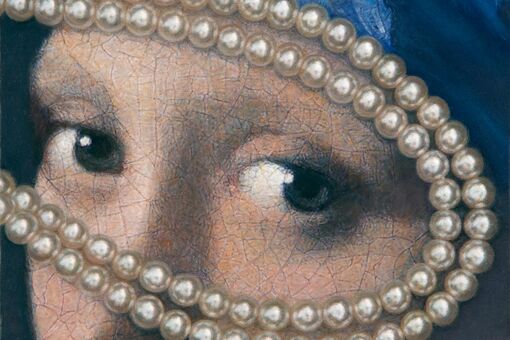 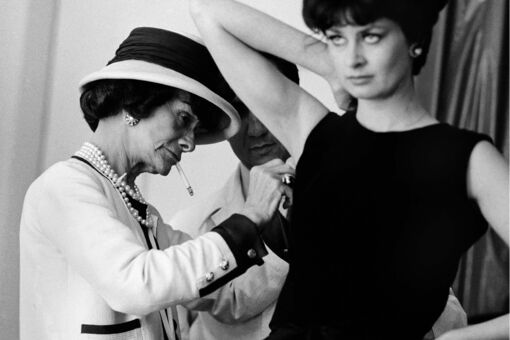