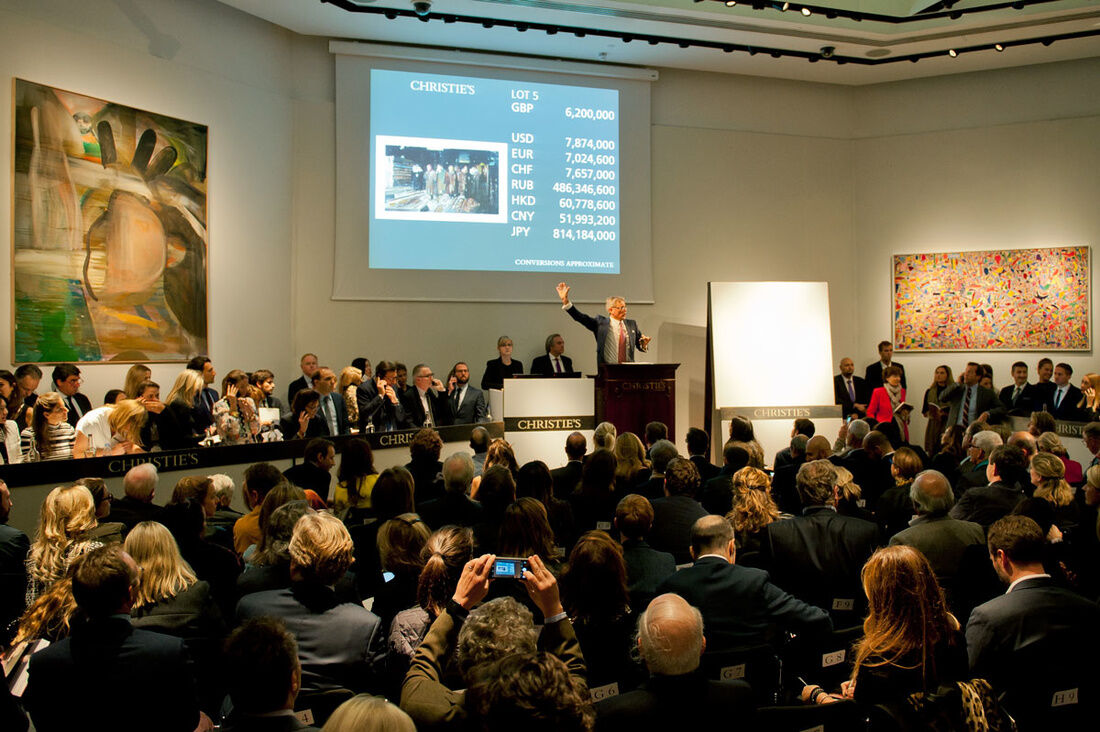 Photo of sale room at Christie’s, one of the founding members of the Responsible Art Market Initiative. Courtesy of Christie’s.