Artsy Editors
Nov 2, 2015 11:27am
After a hiatus of four years, Mali’s much-loved biennial of photography, Bamako Encounters, is back with a new theme and a new powerhouse curator. Founded in 1994, the biennial is held in various venues across the country’s capital. For its 10th edition, the event’s organizers invited Nigerian-born art historian and curator Bisi Silva to take the helm. One of the African continent’s most commanding voices, Silva solidified her reputation while at the Centre for Contemporary Art, Lagos, an independent visual art space she founded in late 2007. This venue in an unassuming Lagos neighborhood has long championed new photography and other new-media art. Silva, for instance, oversaw a stellar exhibition of challenging portraits by the South African gender activist and photographer
Zanele Muholi
in 2009. 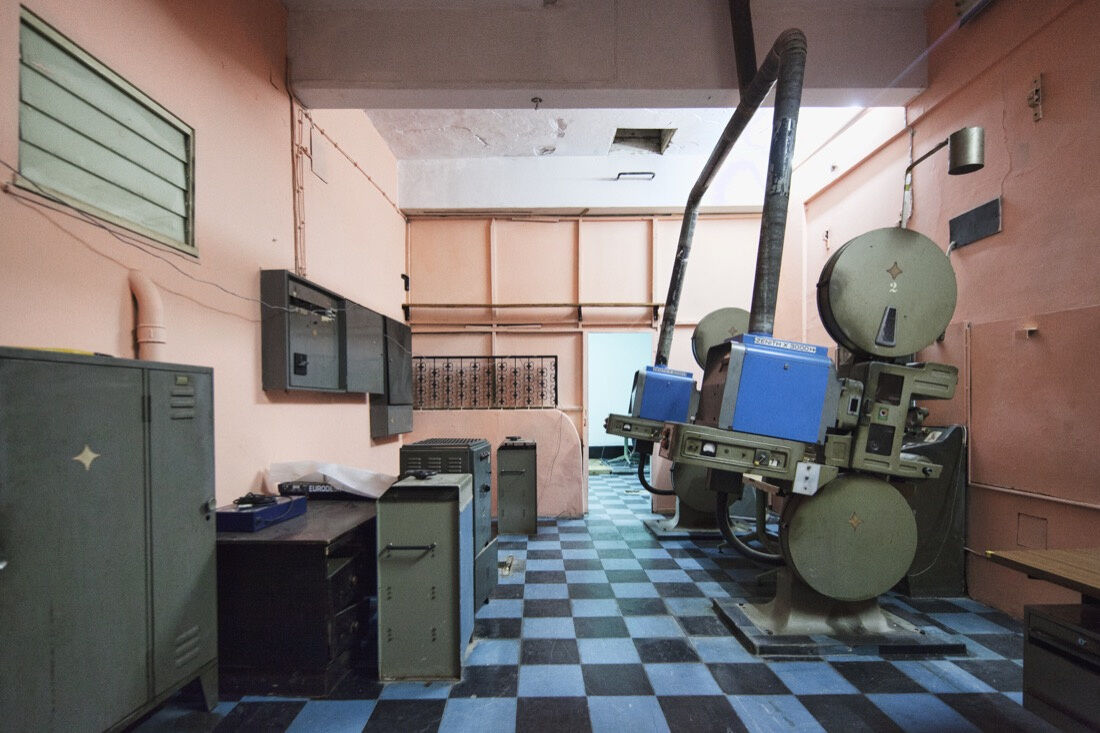 The curatorial theme for this year’s edition, which was postponed due to protracted conflict in the region, is time—or, as the biennial’s curators explain in an official release, “the complex and multifaceted relationship between images and time.” The main curated exhibition, “Telling Time,” spotlights photography and moving-image works by 39 contemporary artists from over 14 countries. The venue is Bamako’s National Museum of Mali, a haven of green and calm in this bustling city on the Niger River. An open call generated some 800 applications, proof enough of the critical acclaim this bellwether cultural event has garnered. Silva’s photography selection favors younger, mostly unheralded practitioners, like Mozambican Filipe Branquinho and Kenyan
Mimi Cherono Ng’ok
, while her video selection includes work by Cuban-American artist
Coco Fusco
and Turner Prize-nominated
Otolith Group
, founded in 2002 by Anjalika Sagar and Kodwo Eshun in London. 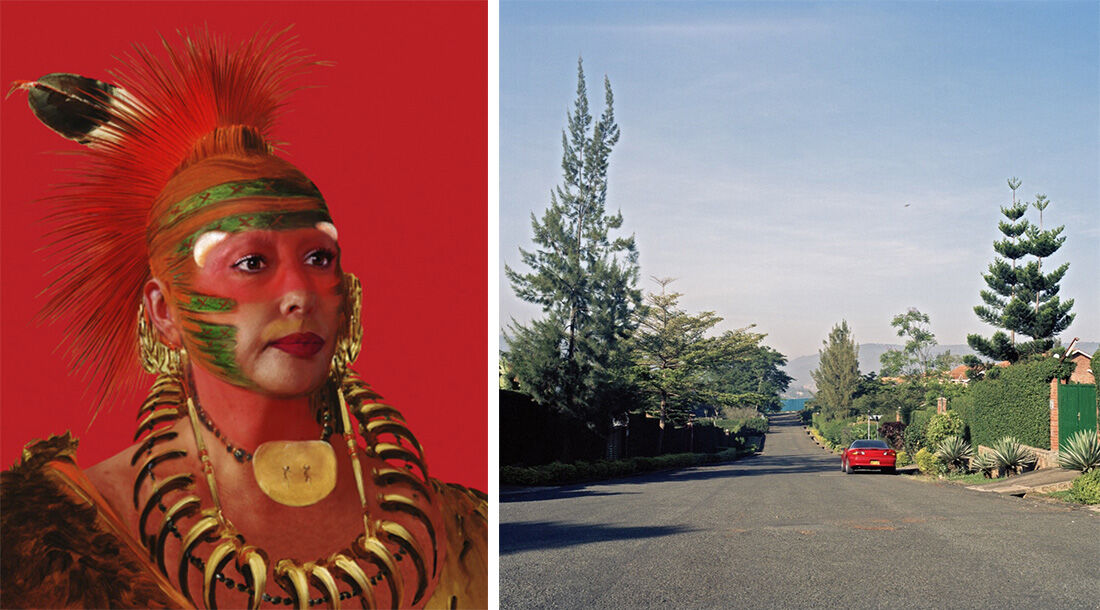 Advertisement
Silva has close ties to London. In 1989, after completing her undergraduate studies in languages at the University of Burgundy in Dijon, she travelled from France to London, eager to see painter
Rasheed Araeen
’s landmark exhibition “The Other Story: Afro-Asian Artists in Post-War Britain” at the Hayward Gallery. “People think I am far younger than I am,” she says. “I was in London during the time of the Black Arts Movement. Eddie Chambers, Keith Piper,
Sonia Boyce
,
Yinka Shonibare
,
Chris Ofili
,
Mary Evans
: those are my contemporaries.” Like them, Silva, who returned from London to Lagos in 2005, has cultivated a cosmopolitan attitude that riffs on cultural identity without being parochial. In this vein, she curated an exhibition of Finnish landscape photography at the seventh Bamako Encounters in 2007, a period of relative calm in Mali. 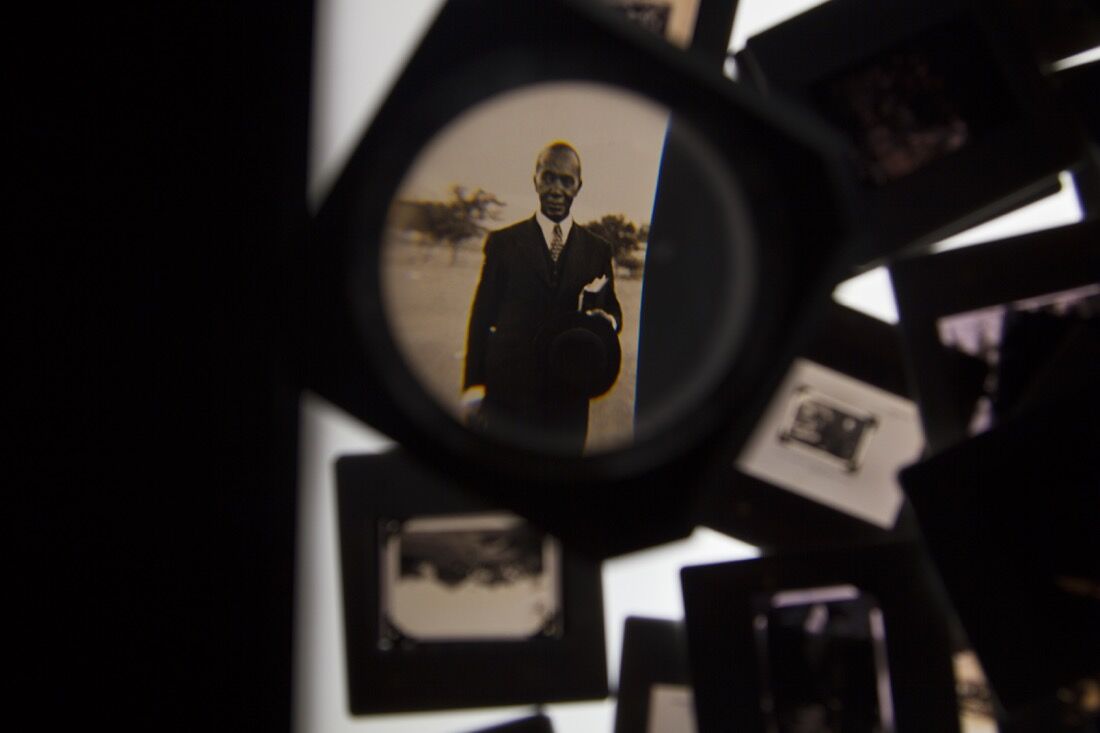 George Mahashe, In between 3, 2014. Image courtesy of the artist.

For a while, after 2012, it seemed as though Bamako Encounters might not survive as conflict erupted in northern Mali and radiated south. Islamic jihadists with links to Al Qaeda overran vast swathes of territory. Timbuktu, an intellectual and spiritual capital for Islam in Africa, was ransacked. In Bamako, where the pinch of the northern advance was being felt, soldiers staged a coup. In 2013, France, the country’s former colonial ruler, dispatched combat soldiers. A year later, the fighting continued, prompting Mauritanian-born film director Abderrahmane Sissako, who grew up in Bamako, to break down and cry during a press launch at the Cannes Film Festival. “I worry about Mali because I am a citizen of the world,” he would later tell BBC. A tenuous normalcy has returned to Mali, and with it an ambition to assert its place as a cultural center. To this end, this year’s Bamako Encounters includes an extensive program of parallel exhibitions. They range from a group show co-organized by the Market Photo Workshop, a pioneering Johannesburg-based photography school that shaped talents like Muholi and award-winning documentary photographer Jodi Bieber, to an installation of Homesick (2014), a two-channel video by Syrian-born artist
Hrair Sarkissian
showing the gradual destruction of a scale-model replica he built of his parents’ home in Damascus. 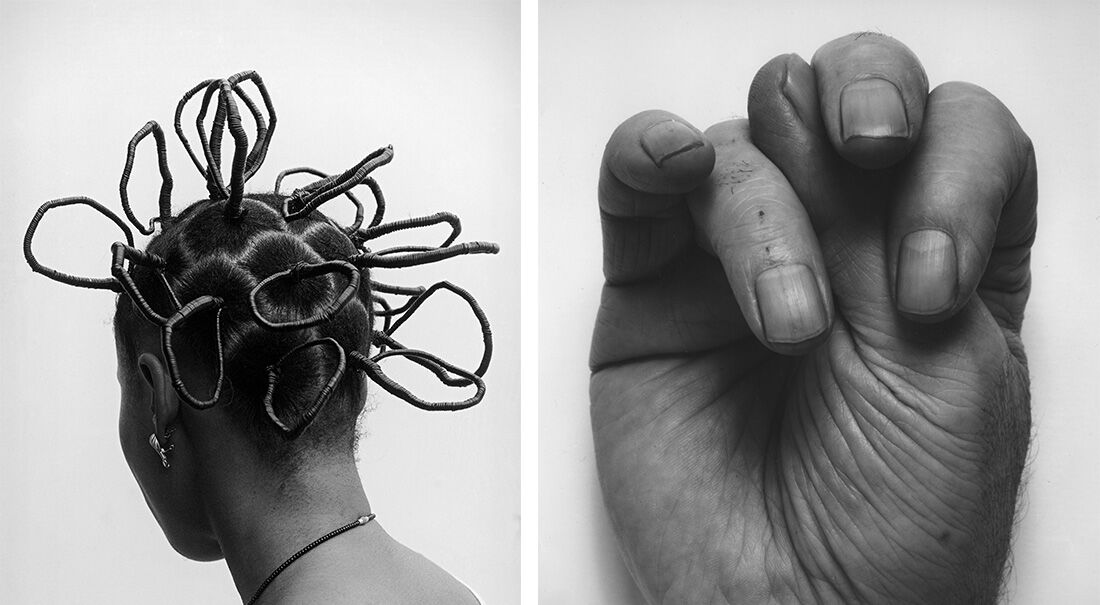 As is tradition, there are also several monographic shows, including one devoted to the late Nigerian master photographer
J.D. ‘Okhai Ojeikere
, best-known for his archive of black-and-white portraits of Nigerian women showing off their sculptural hairdos. Another exhibition, “You love me,” curated by Paris-based Yves Chatap, one of two associate curators picked by Silva, considers the impact of time on the human body. Chatap’s selection includes portraits by pioneering French body artist
ORLAN
, self-portraits by the expatriate South African painter-turned-curator, -critic, and -photographer,
John Coplans
, and archival images by
Joël Andrianomearisoa
from Madagascar. 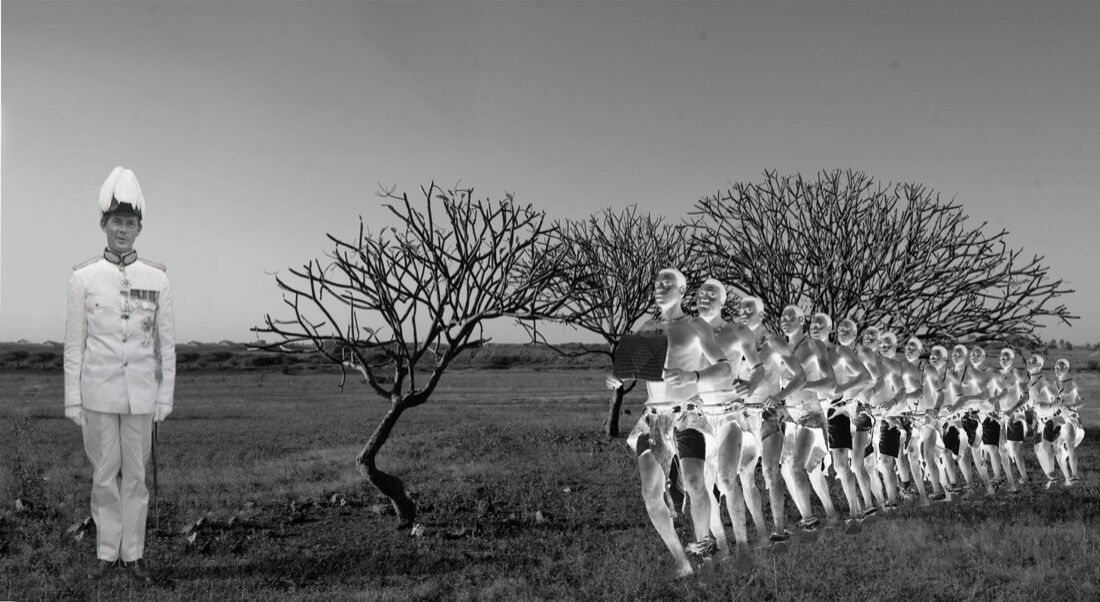 Mudi Yahaya, For Crown And Country (2011). Image courtesy of the artist.

Archival showcases are an important aspect of Bamako Encounters, which in 1994 included retired local portraitist
Seydou Keïta
, now a global name in photography. Archives also underpin the practices of George Mahashe and Mudi Yahaya, two emerging photographers included in Silva’s “Telling Time” exhibition. Mahashe, a South African living in Cape Town, shows a series of installations exploring cultural myths by and about Modjadji, the hereditary rain queen of the Balobedu people in northern South Africa. His installations include missionary photographs from archives in Berlin. Lagos-based Yahaya’s series “For Crown and Country” (2011) assays Nigeria’s tumultuous colonial unification in 1914. His photographs montage historical portraits of key protagonists from this event onto “symbolic sites of memory,” like a cemetery that sits on a former colonial operational headquarters that Yahaya photographed in Zungeru, northern Nigeria. These form part of a larger project addressing religious and political tensions in his homeland. 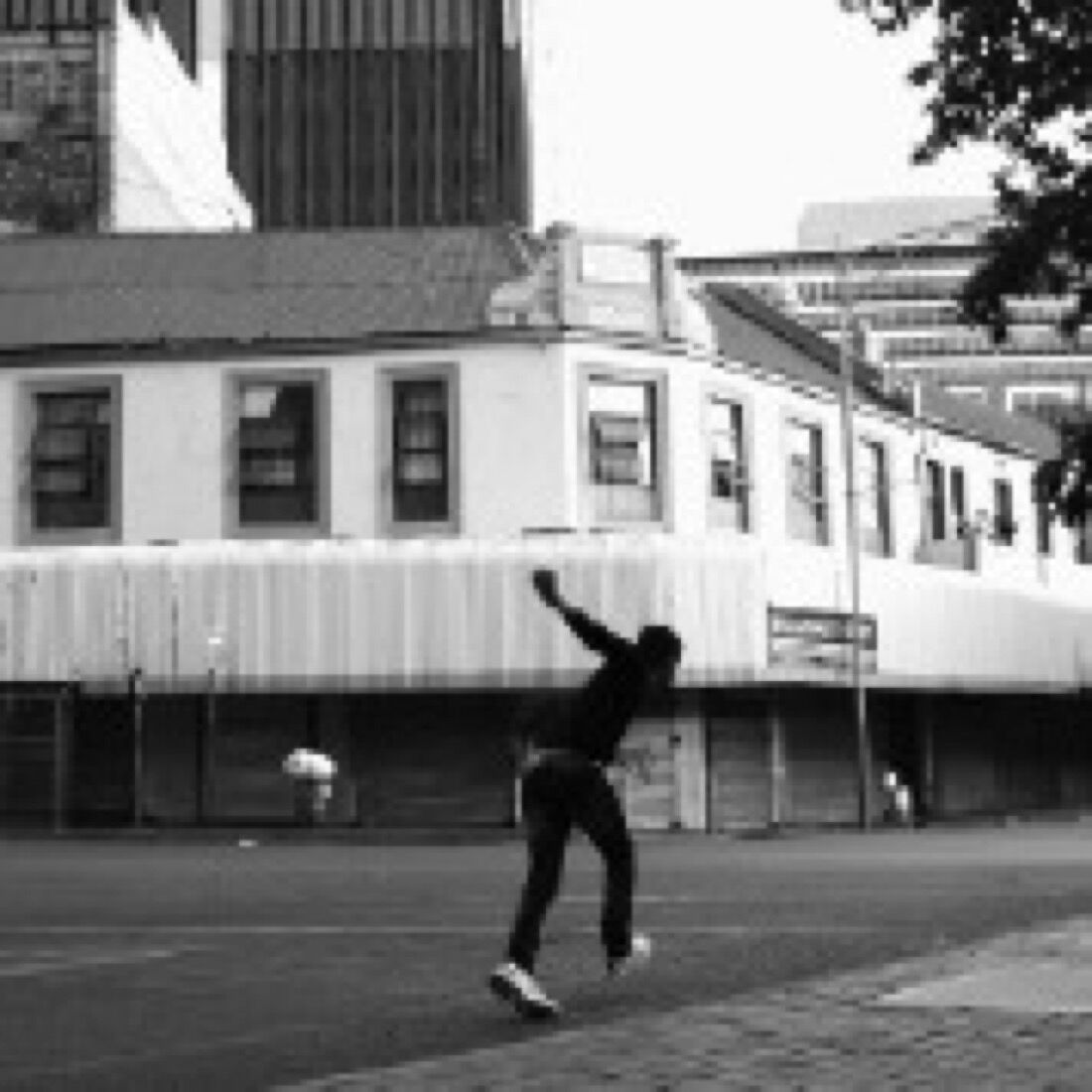 Other artists to watch out for include Johannesburg-based
Simon Gush
, whose 13-minute, black-and-white film Sunday Light (2013) is ostensibly an architectural portrait of his hometown, but is really a meditation on labor. Mimi Cherono Ng’ok, meanwhile, shows photographs she took in Kigali, Kampala, Nairobi, and Abidjan over the six months following the 2014 suicide of her friend, photographer Thabiso Sekgala, whose images appear in Silva’s show too. Sekgala, like many young African photographers, was interested in the place of people in the infrastructure of the city, an idea also explored by Mozambique photographer Filipe Branquinho in “Interior Landscapes” (2011-2014), a series of architectural studies of Maputo. There is a Havana-like quality to Mozambique’s capital, which houses many fine examples of colonial Modernism, notably art deco cinemas. Branquinho’s architectural photographs are not nostalgic documents, but rather capture a sense of the spaces that exist between time periods and realities, that change as the city itself evolves. Mali’s illustrious photography biennial is doing the same thing: adapting and evolving amid new realities.
—Sean O’Toole
Bamako Encounters is on view in Bamako, Mali, Oct. 31–Dec. 31, 2015.
Related Stories