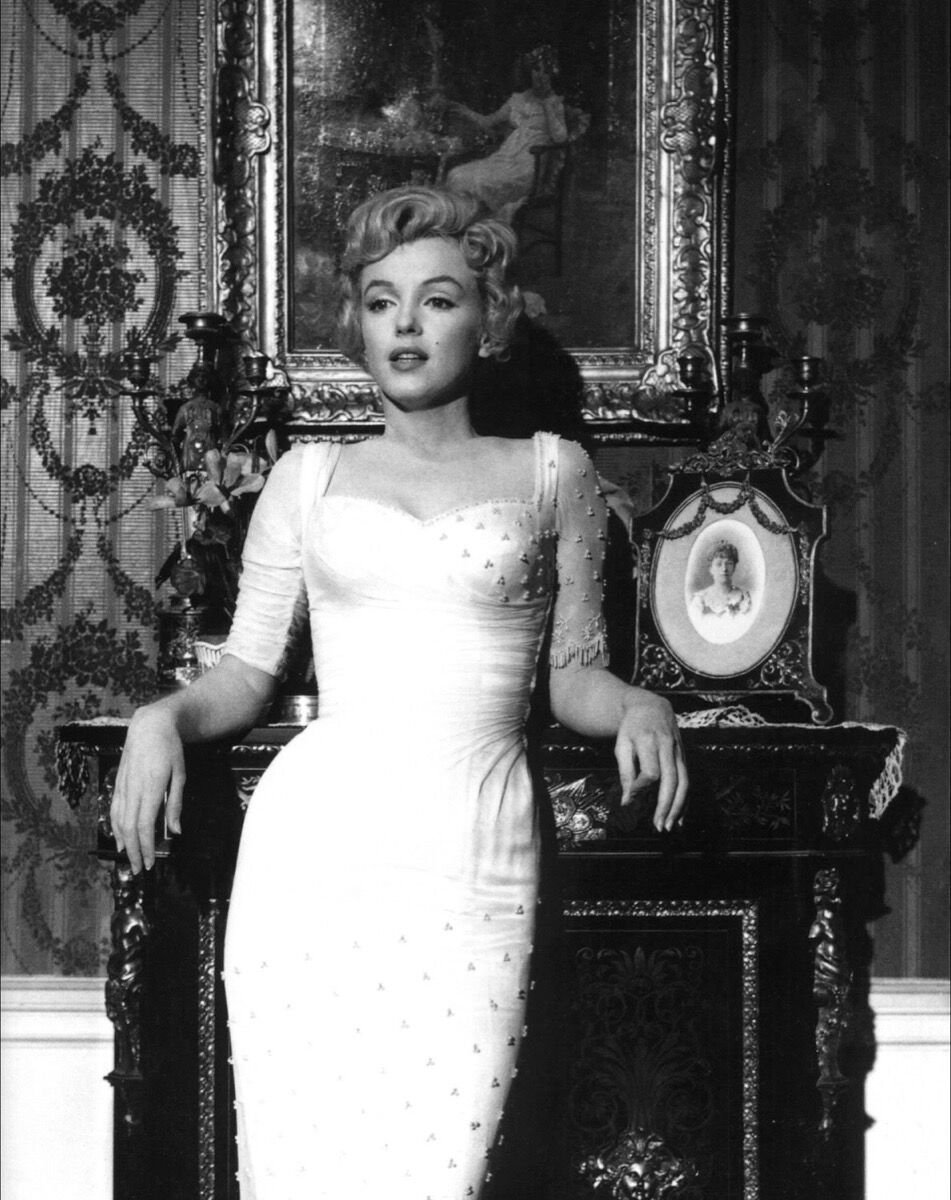 Frank Sinatra, who perhaps understood the level of fandom Marilyn Monroe faced better than anyone else alive at that time, once advised the actress to buy filing cabinets to protect her personal belongings. And she listened. When Monroe died in 1962, at the age of 36, her letters, receipts, mementos, and snapshots were found preserved in a built-in safe concealed behind a drawer in one of these cabinets.
Monroe’s personal effects were bequeathed to her acting coach and stand-in father figure, Lee Strasberg. Over the years, as they’ve been dispersed by his heirs, these objects have painted a more nuanced picture of the starlet—perhaps best remembered for standing over a New York subway grate and making eyes at the camera while her white skirt blew up around her ears.
“She was actually much more intellectually gifted, well-read, and well-informed about the world than her character may have let on,” noted Laura Woolley, who cataloged a number of items from the Strasberg collection that will be included in a forthcoming sale at Julien’s Auctions this week.
Not only was she a voracious reader and a haunting poet, but, as several of these objects prove, Monroe was also deeply invested in both collecting and creating visual art. Among these items—many of which have never before been seen by the public—were the 1961 architectural plans for Monroe’s unrealized Manhattan apartment. In this drawing, a space was marked off for an art studio inside the three-story townhouse, located at 241 East 61st Street. While Woolley said she is loathe to make assumptions about Monroe’s life (“so many people have tried to put thoughts in her head”), she feels this makes a strong case for the actress being an aspiring visual artist. “I would imagine most contractors don’t generally think to put art studios in people’s homes,” she noted wryly, “so we can suppose she likely requested that.”
In addition, a series of letters from the late 1950s show that Monroe was enrolled in a correspondence art course through the Famous Artists Schools in Westport, Connecticut. The recovered documents include a roster of instructors, a “Rate Yourself Progress Chart,” and several pages explaining the logistics of the painting class and long-distance critiques. And that wasn’t the first time Monroe had looked to further her arts education. In 1951, she signed up for an adult extension course at the University of California, Los Angeles, that focused on the appreciation of Renaissance literature and art. According to Scott Fortner, a Monroe collector and historian, this push for self-improvement is an oft-overlooked facet of Monroe’s personality. “She really wanted to be taken seriously as an actress,” he said. “She constantly worked at bettering herself. Her library consisted of over 400 books of anything from art history to philosophy to the sciences.”
“I think she truly understood the importance of the arts and how they related to her personal development and expanding her breadth of knowledge,” he continued. “It all came together as her attempt to learn more about who she was as an artist. And she did refer to herself as an artist—acting was her art—but she also expanded out to other areas of the arts.” 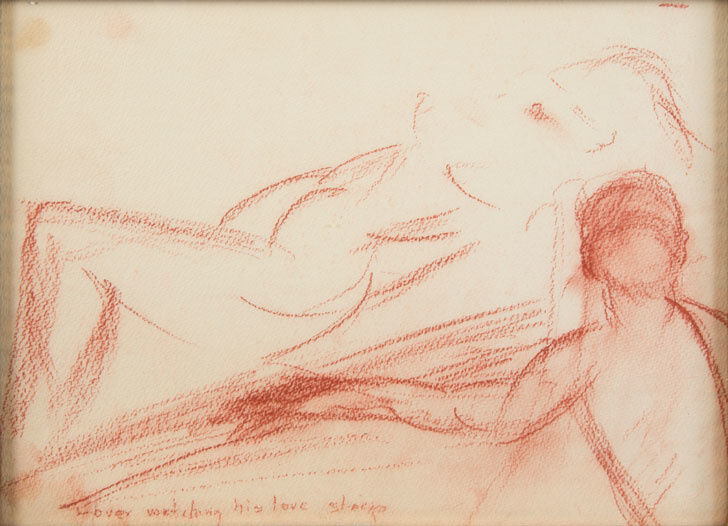 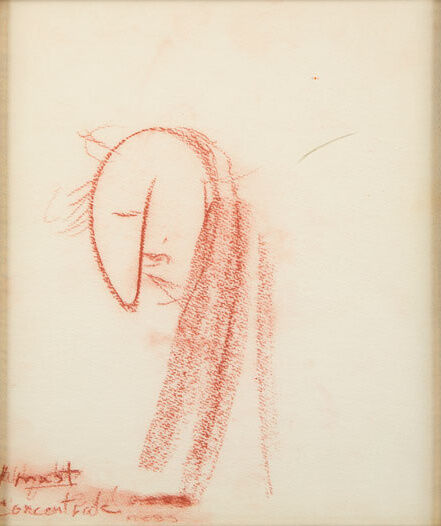 Also included in the auction is a series of drawings by Monroe, done primarily in Conté crayon. Although these are not dated, Woolley said it’s possible they were completed as part of the correspondence art course. The rough sketches include a depiction of a champagne glass and a reclining female form; several of them have captions written in Monroe’s recognizable script.
Woolley isn’t surprised by these discoveries. “You look at people like Frank Sinatra, Tony Bennett, Ronnie Wood, Jonathan Winters, Phyllis Diller, Anthony Quinn, Van Johnson, Dinah Shore, Cecil Beaton, there are so many—all of these people also paint,” she said. “It’s a really common thing for people in one creative field to have an outlet in visual arts as well. The more people are surrounded by creative types, the more avenues this creative energy comes out.”
Beyond her own sketches, Monroe was also a collector of art. Her tastes were varied—at the beginning of her career, she taped inexpensive reproductions of
Albrecht Dürer
,
Fra Angelico
, and
Leonardo da Vinci
to the walls of her Hollywood apartment. As she grew in both fame and fortune, she began to purchase originals instead. One biography recounts a moment in 1962 when a bronze copy of an
Auguste Rodin
caught her eye, a sculpture of a man and woman violently embracing. She bought that and a Poucette painting of a bull from a Beverly Hills gallery for a total of $962.
“She didn’t go out and collect the masters, she didn’t have
Van Goghs
. She saw something she liked, she purchased it. So she had a broad array of art in her home,” Fortner explained. “But you’ve got to wonder: What was Marilyn thinking when she bought this fiery red oil painting of this bull? It just doesn’t quite fit with Marilyn the movie star.”
These are the sorts of questions Woolley hopes the documents from the Strasberg collection will inspire, thus sparking a re-evaluation of one of the silver screen’s biggest stars. “It’s a bit voyeuristic, knowing she never wrote any of these things thinking people might see them,” she said. “But in a weird way, I think there’s some positive to that. It’s the only thing counteracting that flat, two-dimensional image that most people have of her now.”
Abigail Cain
Related Stories