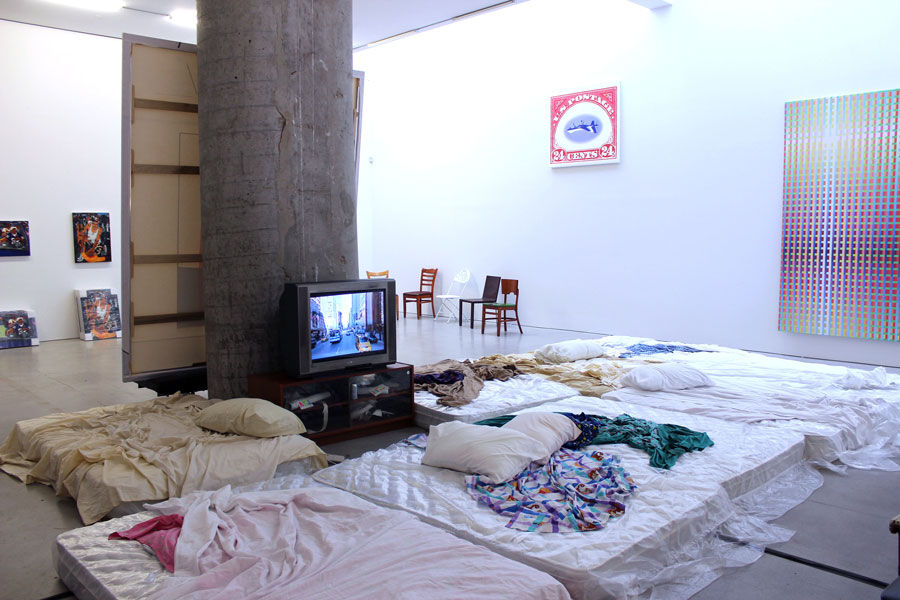 “It’s a good idea to drag obscure Houston artists into Chelsea,” says
Mark Flood
, during a walkthrough of “The Future Is Ow,” the offbeat show he’s just opened at New York’s Marlborough Chelsea. He stands surrounded by the “digital paintings” of four artists—El Franco Lee II,
Susie Rosmarin
,
Paul Kremer
, and
Chris Bexar
—and before a smattering of plastic-wrapped mattresses covered with multi-colored bedsheets.
The setup, inspired by the 18 years Flood spent working at a museum, is meant to prompt visitors to stop, stretch out, and linger. Flood encourages the small crowd to take a load off. And as several reporters park themselves on mussed-up Winnie the Pooh sheets, he talks us through the other Houston artists in the show; these are not new artists he’s found, he explains, but rather friends he’s known for years. 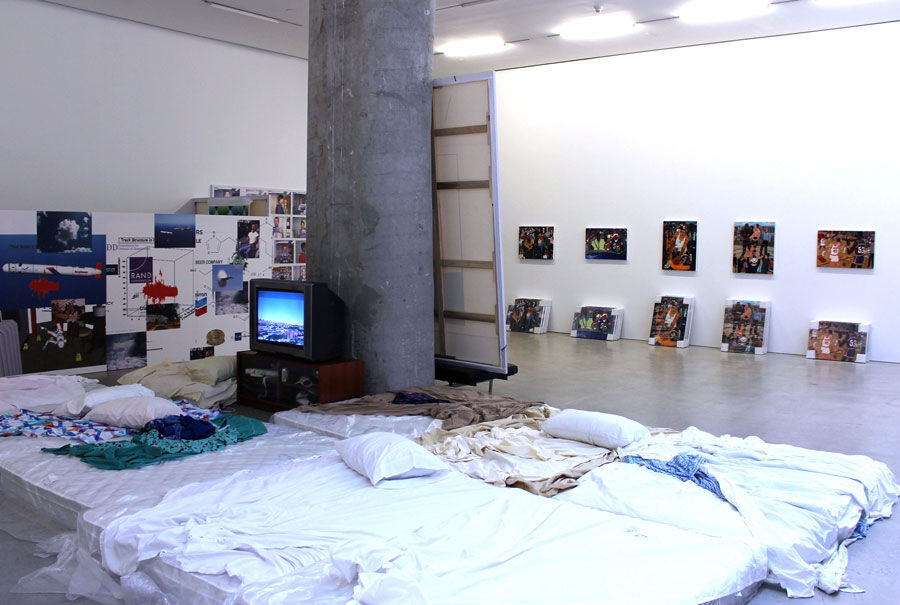 The show is an offshoot of recent exhibitions at the artist’s own, now-defunct, non-commercial pop-up gallery in New York and Miami, Mark Flood Resents, which was born as a means for Flood to show the works of artists he likes and collects. When asked about the Houston scene where Flood has established himself and built up a community of artist friends, surprisingly, he has little to say, admitting only that Houston, unlike New York, is a place where an artist “can be left alone indefinitely.” Unless, as the show portends, you’re on Flood’s radar. The non-selling, temporal gallery was a solution he developed after awkward entanglements with collectors and dealers, but now the tables have turned, as the works of the four Houston-based artists, in addition to a few by Flood, go on sale.

Advertisement
Across from Flood’s giant, four-panel YOLO [AND THEN YOU DIE FOREVER] (2015)—the millennial moniker made of custom memes that speak to an art world audience—and alongside a row of mismatched chairs are the works of El Franco Lee II, who Flood describes as reclusive and averse to working with dealers. Four of Lee’s figurative paintings are on view: angsty images of notorious fight scenes, done in a meticulous, illustration style. Despite the charged scenes and Lee’s energetic style, the eye falls below the works, where stacks of four or five paintings sit, all identical and wrapped in plastic like consumer goods. They all began as actual paintings (Flood owns one) but the artist sells these digital versions out of his home as giclee prints on canvas. 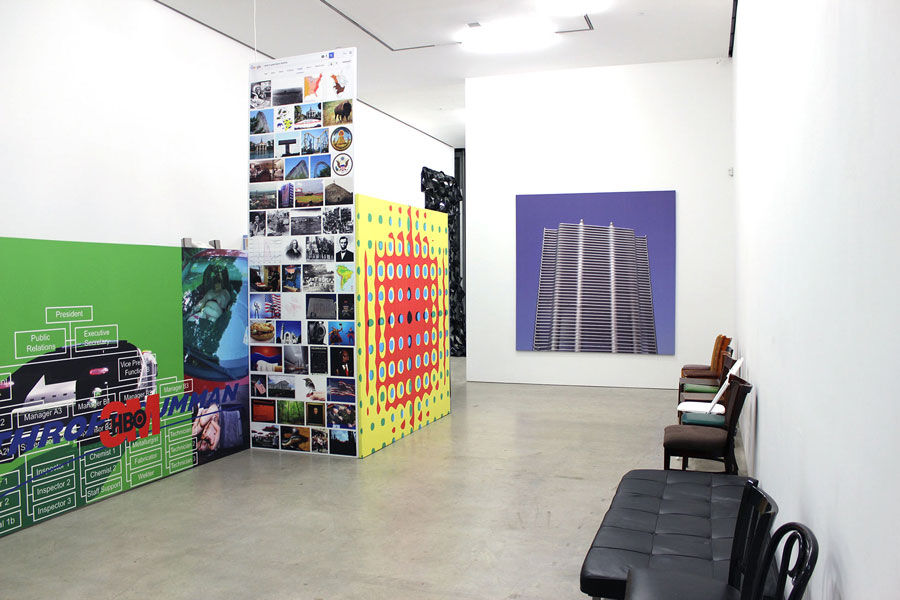 While the show revolves around “digital painting,” the five artists present an appropriately ununified take on what that means. Paul Kremer’s works include canvases printed with Google Images search results; in one, the search box has been cropped out, but the images of familiar fluorescent light tubes and chemical compositions of riboflavin indicate the missing term: “Flavin.” Chris Bexar’s digital works, which often portray made-up skyscrapers or cityscapes, begin as photographs of the sun. Susie Rosmarin, in contrast with the others, has more recently dove into digital techniques; Flood worked with her to digitize her process for creating abstract op paintings. 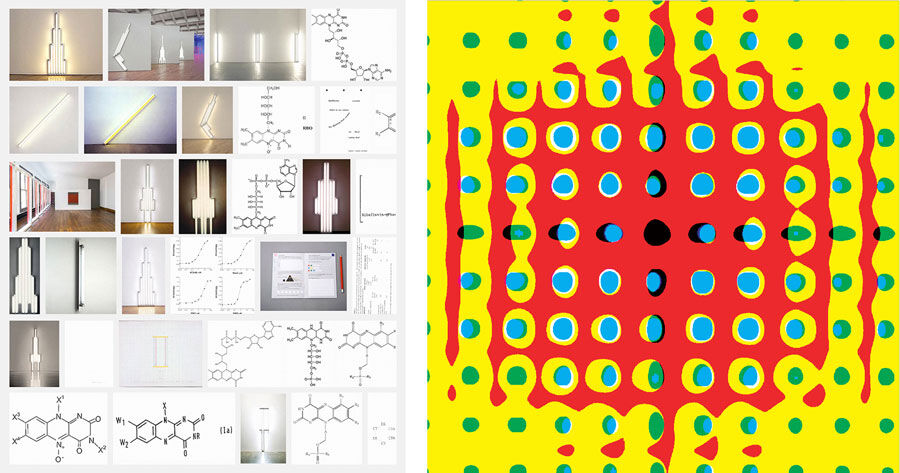 The show is something of an outlier. The exhibition design successfully breaks down the white cube it inhabits without the flash and bang of an “immersive” environment (other flourishes include black plastic drapes that are meant to obscure light, and narrow man-cave-like cubicles where more works reside and a video loops). But what sets “The Future Is Ow” apart is its hint of altruism. While it’s nothing new to see a well-known contemporary artist curating a group show, Flood’s approach is distinct. Rather than introducing a fresh crop of emerging artists and neatly juxtaposing their works, he gives each artist a healthy dose of the spotlight in a chaotic-yet-captivating space, promoting each artist through the zeitgeisty lens of the digital realm.