How Mark Rothko Unlocked the Emotional Power of Color 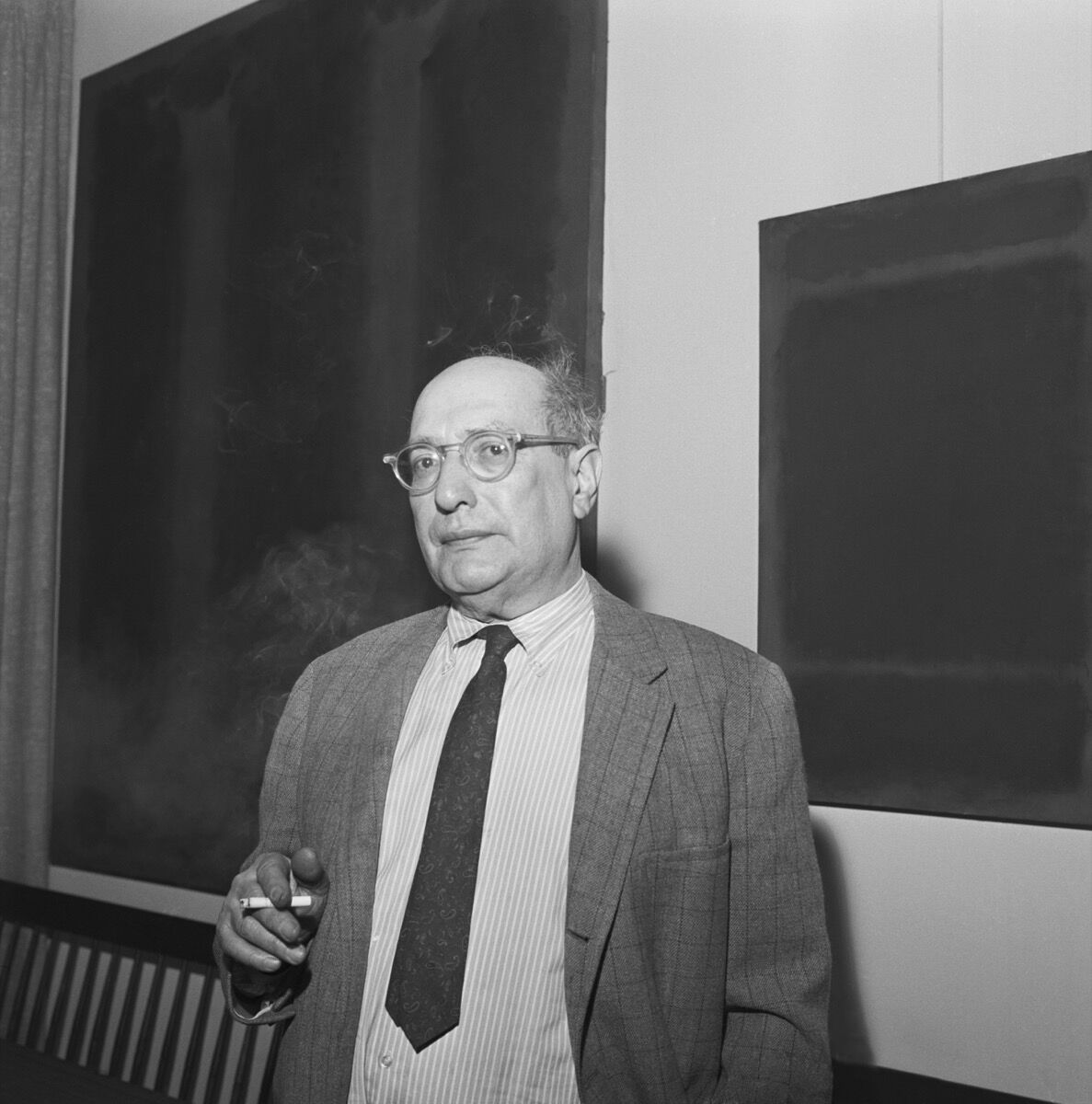 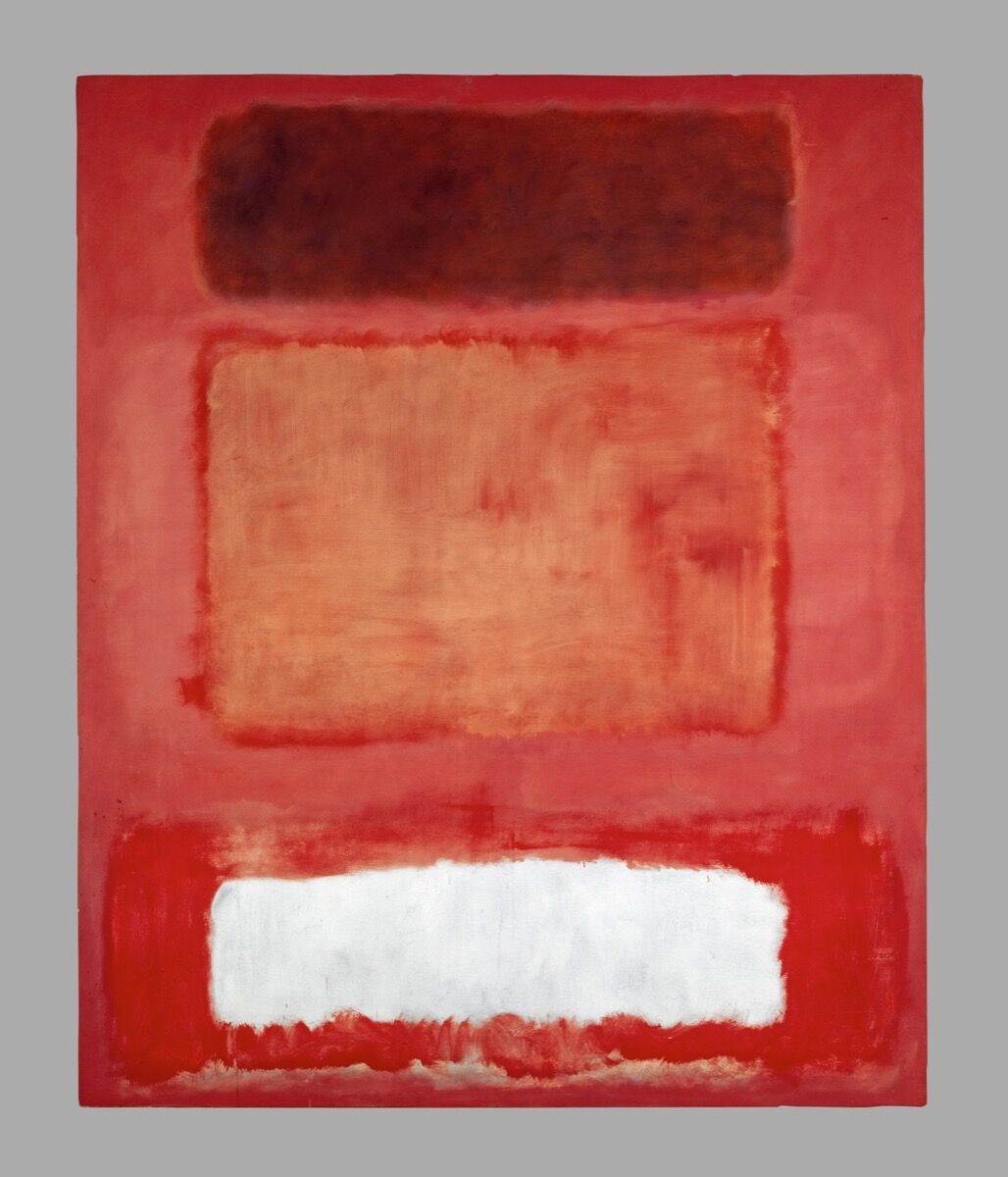 The name
Mark Rothko
is synonymous with sensitive canvases that feature arrangements of rectangular panes in vivid hues. The artist was a skilled colorist. The great joy of experiencing his paintings is looking at how the colors, shapes, and backgrounds interact with one another, particularly around the edges. The soft, brushy borders that surround his
color fields
create one mood, while the sharper, straighter lines of the central forms elicit another. Alternate juxtapositions of similar or divergent tones—shades of deep blue against dark purple or bright red against brown—elicit disparate emotional responses. In employing a signature structure, Rothko found infinite variation.
Despite his devotion to this modern, abstract mode, Rothko derived significant inspiration from
ancient
,
medieval
, and
Renaissance
art and architecture. An erudite researcher, the artist transformed his scholarly understanding of art history into pared-down paintings. If they can at first feel opaque to the viewer searching for reference points, Rothko didn’t mind. “My pictures are indeed façades (as they have been called),” he once said. “Sometimes I open one door and one window or two doors and two windows. I do this only through shrewdness. There is more power in telling little than in telling all.” That mystery and complexity have given him one of the most enduring and esteemed reputations in 20th-century art. 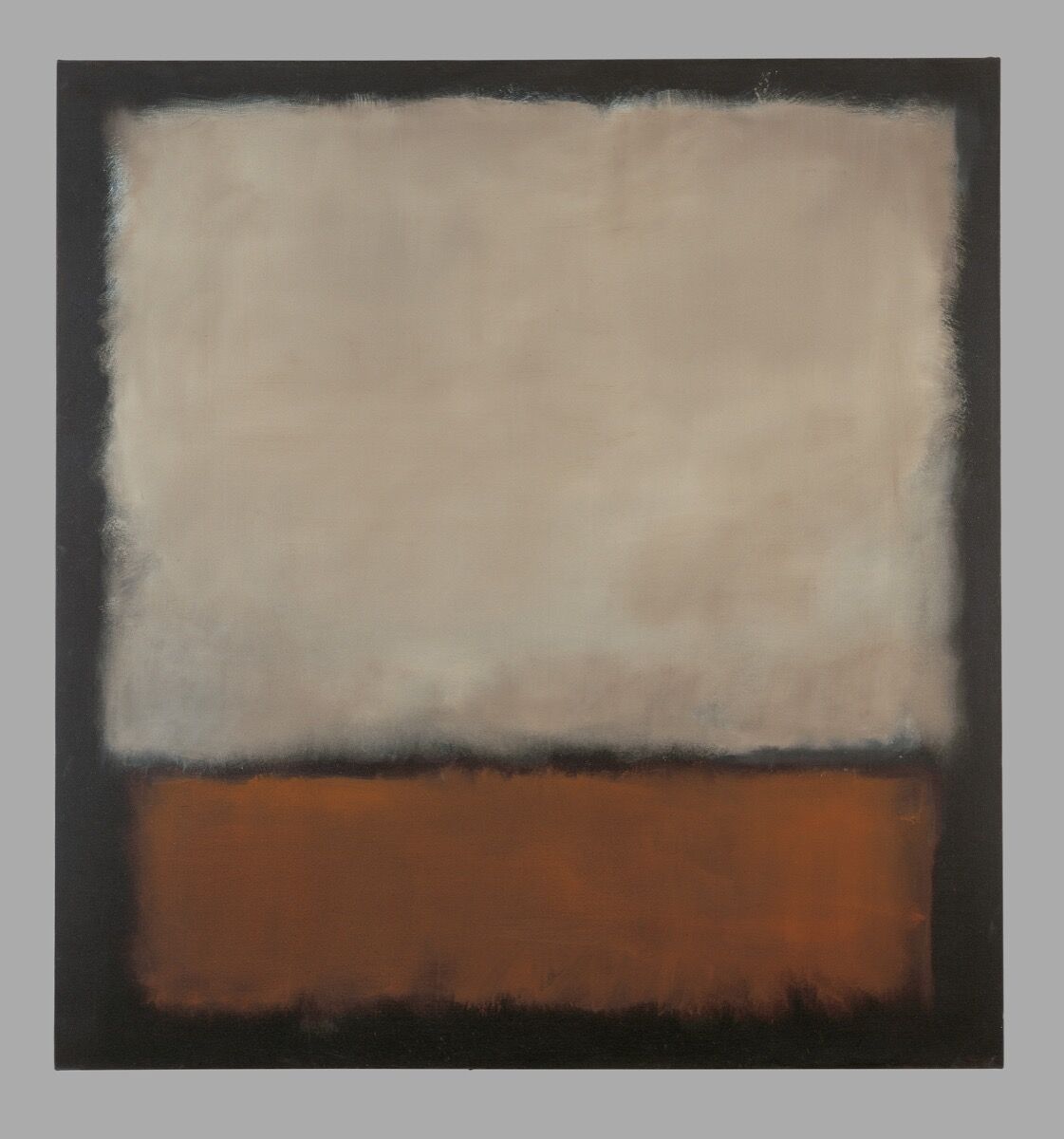 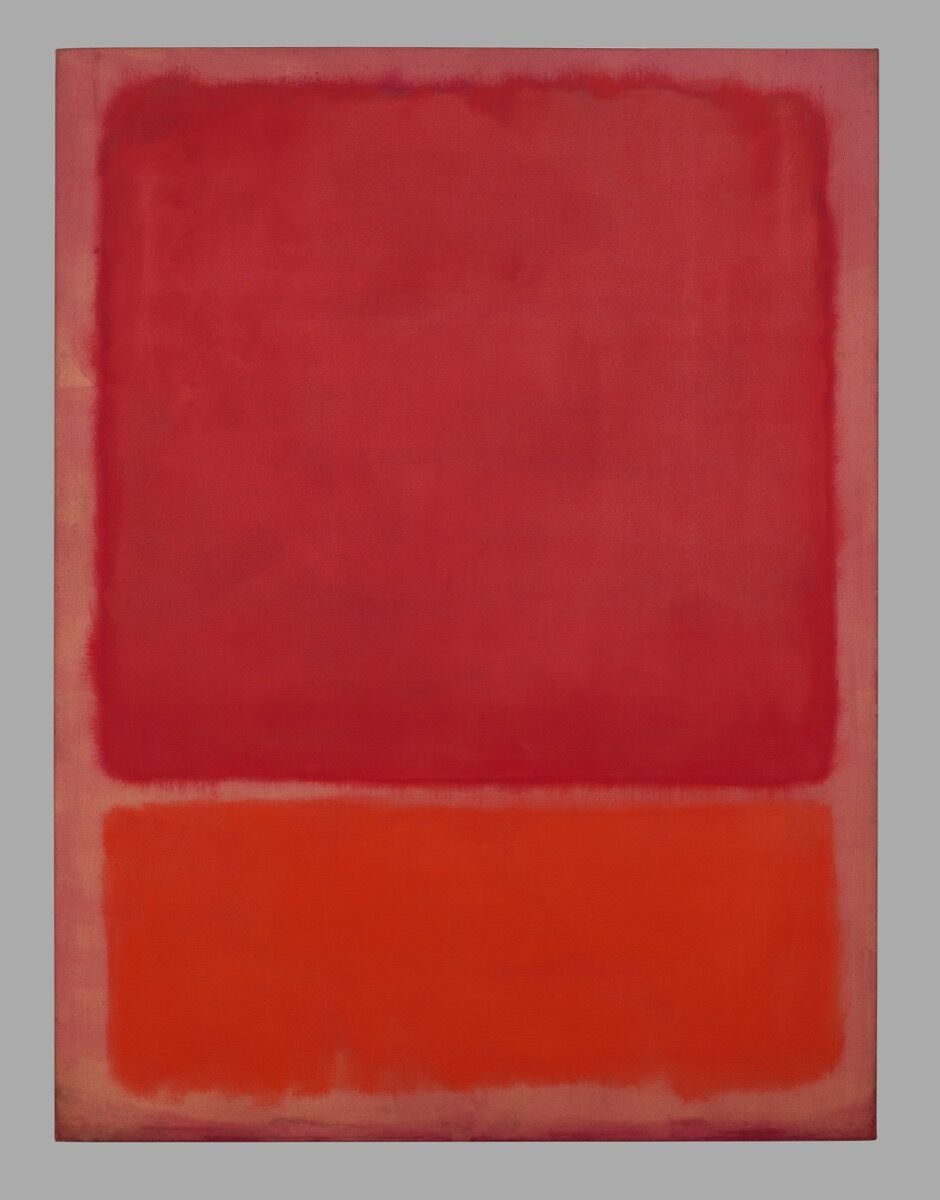 Rothko was born Marcus Rotkovich in Dvinsk (a city in modern-day Latvia) in 1903. Violent, state-sanctioned pogroms spurred by anti-Semitism swept the region and prompted his father to gradually move the family to the United States. At 10 years old, Rothko relocated to Portland, Oregon—a jarring shift that left him with the perpetual feeling of being an outsider. Less than a year after his arrival, Rothko’s father died.
The artist’s young adulthood wasn’t much easier. He attended Yale from 1921 to 1923, when the administration was still fraught with discriminatory attitudes: The university imposed quotas on Jewish students, who weren’t permitted to participate in numerous extracurriculars. Rothko left without receiving a degree. Instead of going home, he opted to move to New York in order to, in his own words, “wander around, bum about, starve a bit.” In 1924, Rothko enrolled in a life-drawing class at the Art Students League. After a brief hiatus back in Portland, he returned to New York to study at the New York School of Design. Gradually, Rothko found the community he’d been seeking: In 1927, he began attending salons at painter
Milton Avery
’s home, eventually becoming friends with other members of the group, such as
Barnett Newman
and
Adolph Gottlieb
. His social circle grew to include other soon-to-be
Abstract Expressionists
. 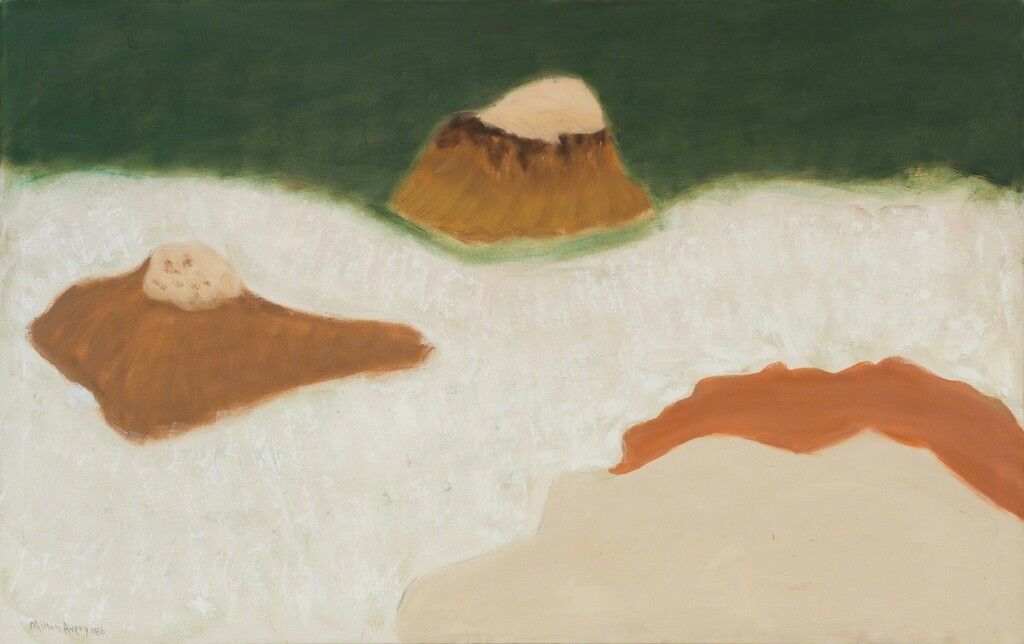 Milton Avery
Ten Pound Island (Sea and Rocks)
Victoria Miro
Advertisement
During this period, he regularly visited the Metropolitan Museum of Art. Rothko particularly enjoyed
Rembrandt
’s emotive use of light. “Reality was not so much depicted from without as illuminated from within,” writes the artist’s son, Christopher Rothko, in a catalogue essay for a retrospective at Vienna’s Kunsthistorisches Museum, on view through June 30th. “If this is a quality we see frequently in Rothko’s work, it served not simply as a sensory lure but also as an expression of philosophically driven ideas about the essence of painting and how it can speak to universal truths.”
Early in his career, though, Rothko worked in a
Surrealist
,
figurative
vein. Inspired by urban life and mythology, he painted subjects that ranged from the subway to mystical birds to reconsiderations of the Last Supper and the Crucifixion. While taking a break from painting, he studied philosophy and classical drama. Rothko even wrote his own philosophical treatise on artmaking, titled The Artist’s Reality. Chapters explored such topics as “generalization since the Renaissance,” “primitive civilizations’ influence on modern art,” and “indigenous art,” further demonstrating that while Rothko was trying to push art forward, he was often looking to the past. 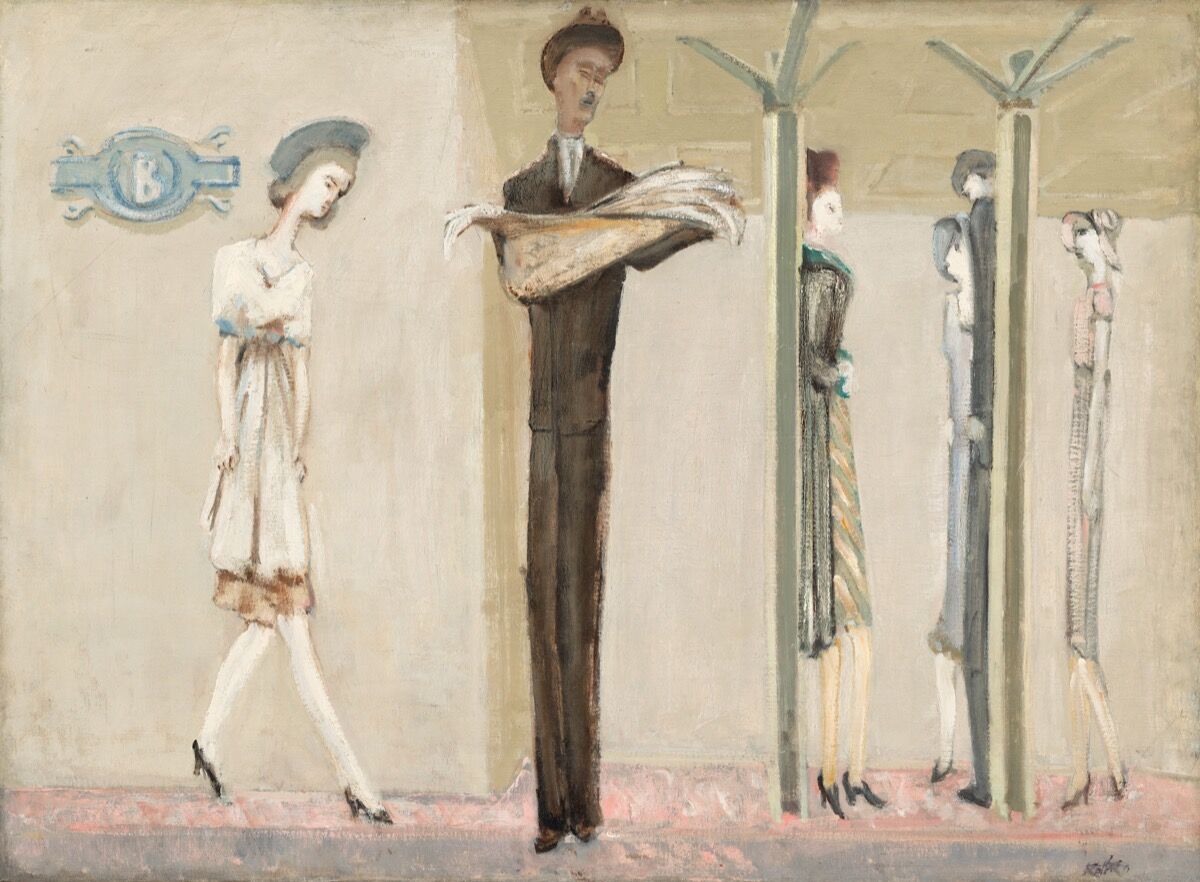 Rothko’s practice gradually built towards abstraction. In a 1943 letter to the art editor of the New York Times, he and Gottlieb established a program for their nascent Abstract Expressionist styles. “We favor the simple expression of the complex thought,” they wrote. “We are for the large shape because it has the impact of the unequivocal. We wish to reassert the picture plane. We are for flat forms because they destroy illusion and reveal truth.” Three years later, Rothko’s practice took a crucial turn when he started painting “multiforms”—busy, colorful compositions of fuzzy shapes and blots hovering against an often single-hued background.
Over the next few years, he honed his technique until settling on his now-famous pared-down style. Yet, as Rothko’s son reminds us in the Kunsthistorisches catalogue, “anyone who thinks Rothko found a formula in 1949, which he simply applied and reapplied for the next twenty years, has not looked very closely at the work, or listened to the distinct accent with which each painting speaks.” 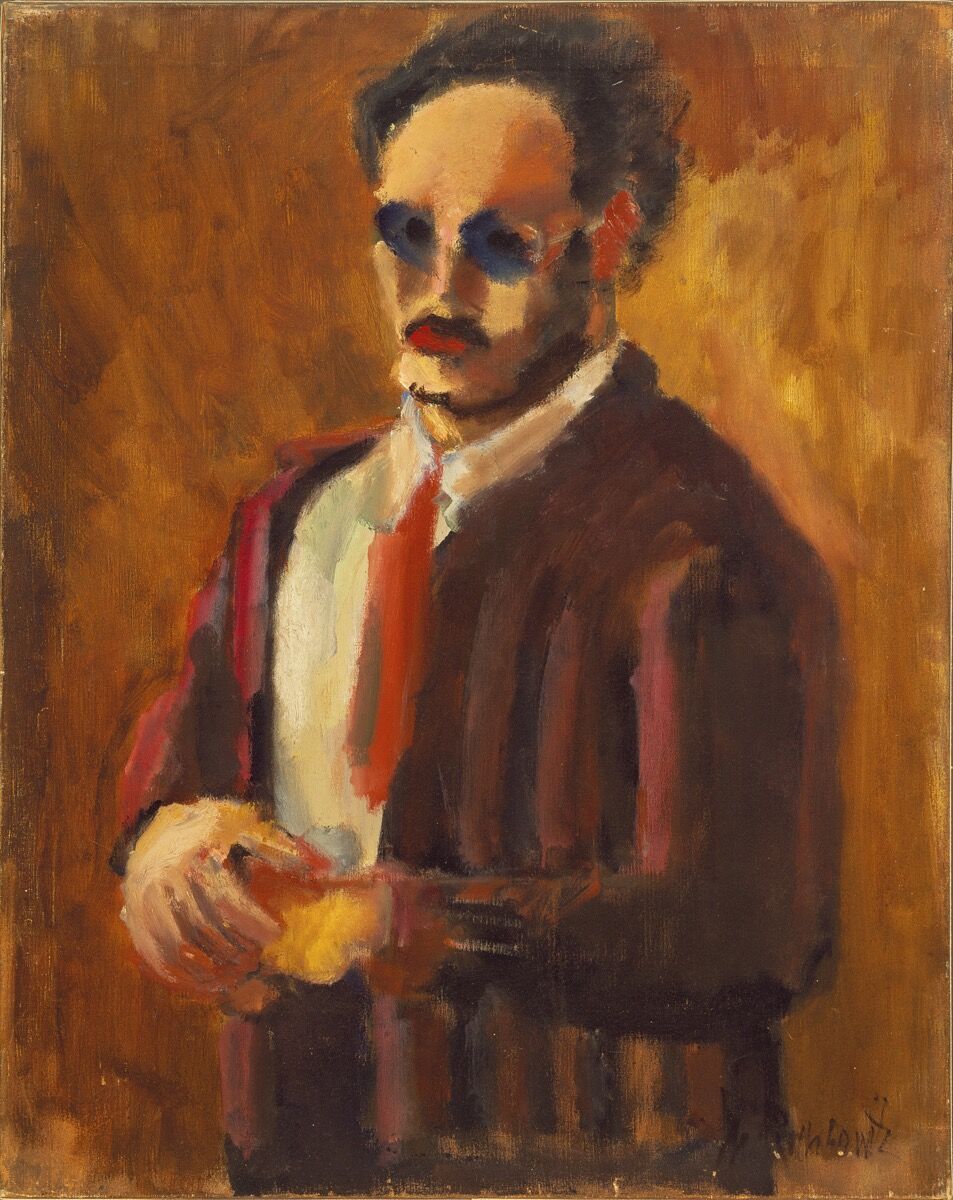 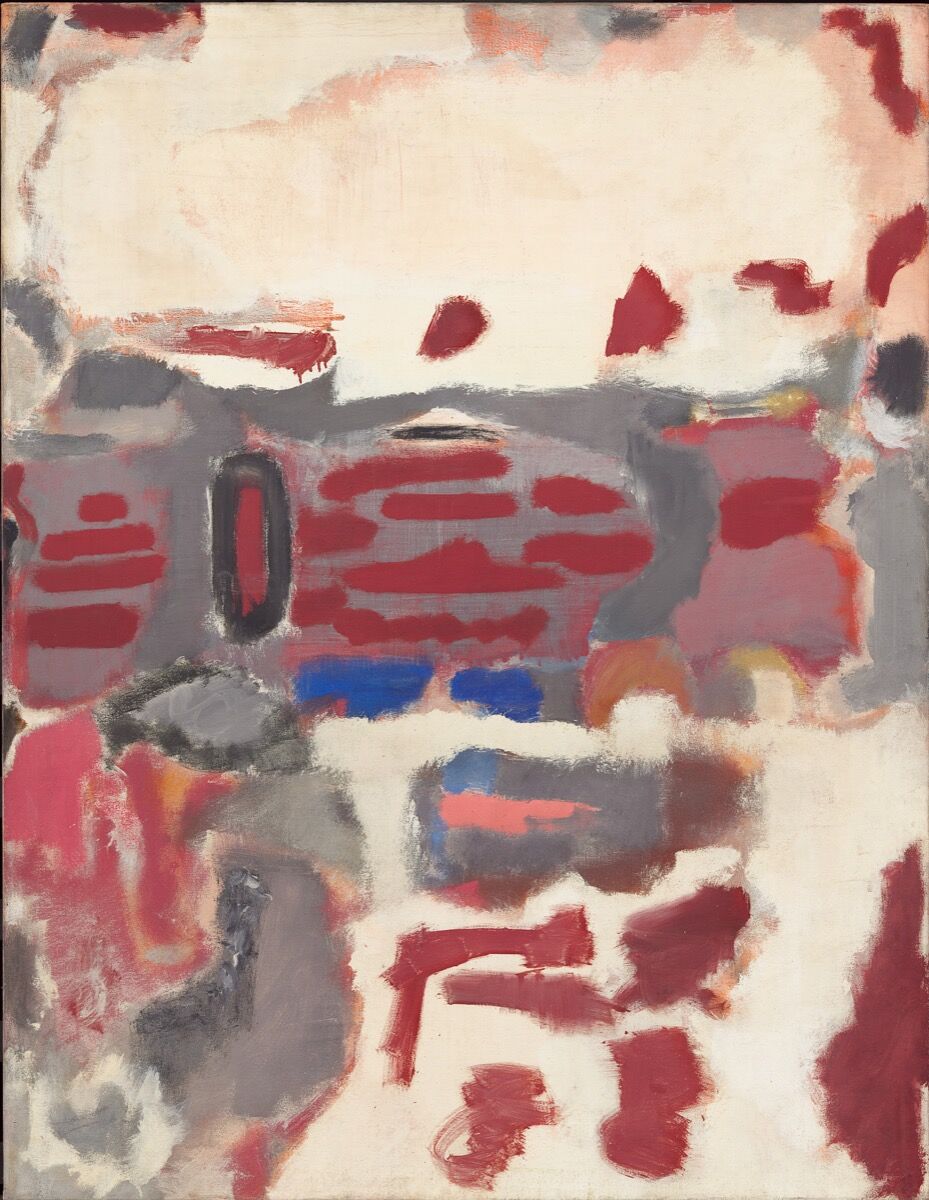 Although Rothko had found a winning aesthetic solution, his voracious appetite for art history inspired his canvases long after his break from representation in the mid-1940s; a perpetual student, he never stopped learning about his artistic predecessors. Trips far from his New York studio would greatly influence his practice. In 1950, he embarked on a five-month tour through France and Italy with his wife, Mell. They visited churches, saw paintings by
Old Masters
, and viewed famous frescoes. “The Renaissance painter’s heroic efforts became very much his own struggle, an ultimate quest to create an artistic language that expressed unified truths in a world that was becoming ever more fragmented with each passing day,” Christopher writes.
Meanwhile, Rothko’s career was soaring. In 1952, the Museum of Modern Art included his abstract works in the era-defining exhibition “15 Americans.” Major dealers of the day, including
Betty Parsons
and Sidney Janis, were showing his work in their galleries (to be fair, Peggy Guggenheim had already given him a solo show in 1945). Another important honor arrived in 1958 when Rothko represented the United States at the Venice Biennale. A 1961 retrospective at MoMA cemented his place in the modern-art pantheon. 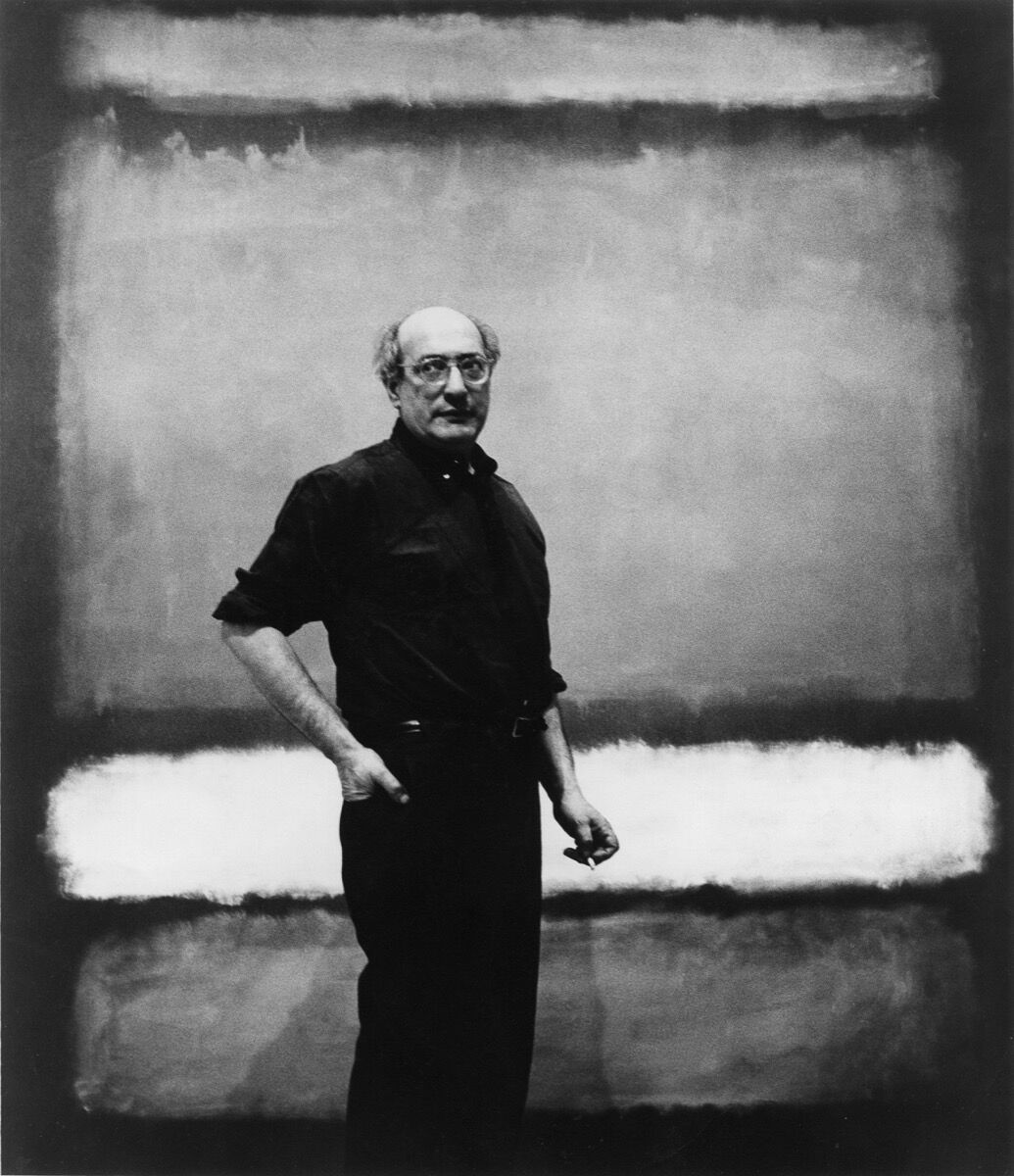 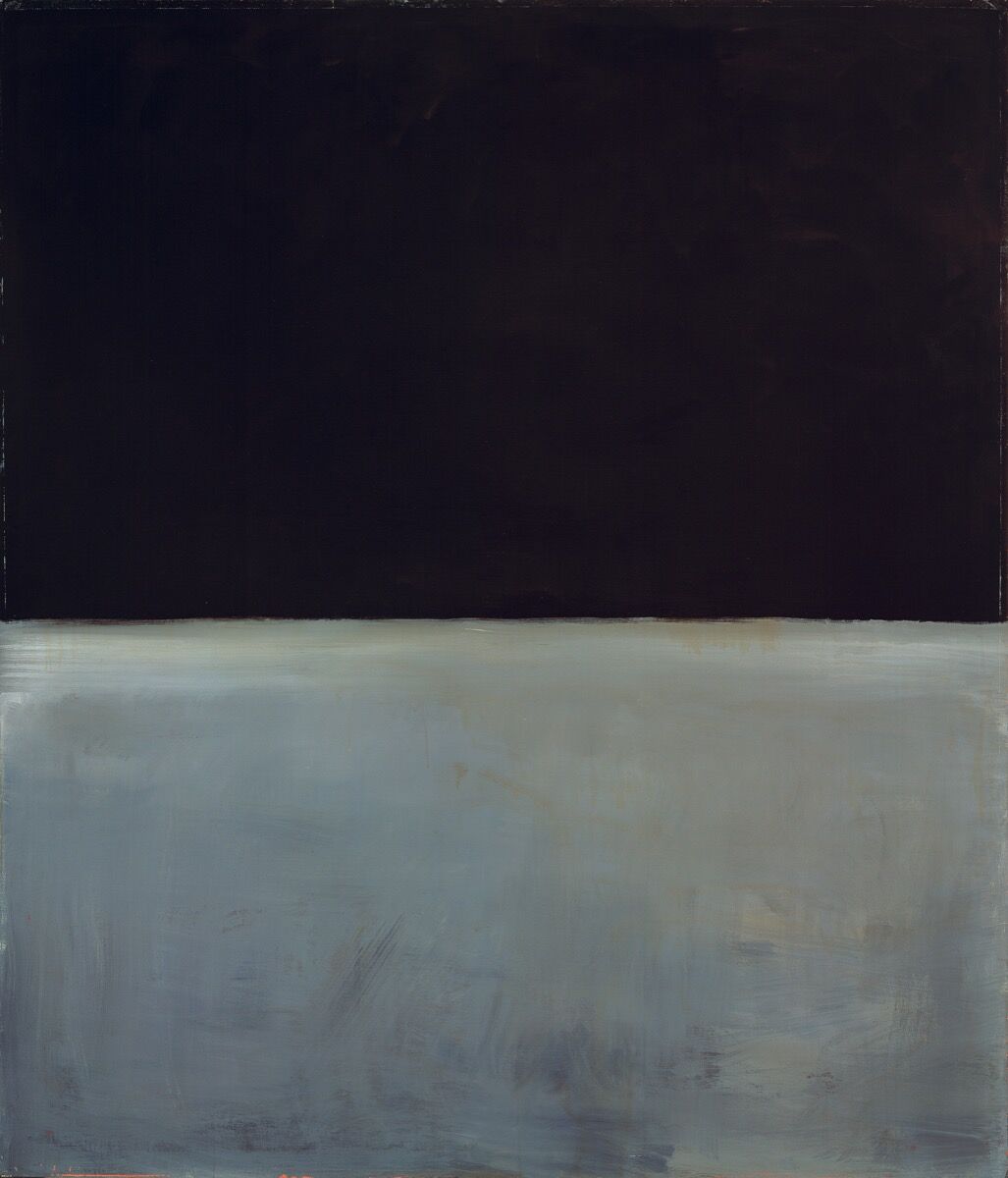 Throughout the 1960s, Rothko worked on two of his most famous site-specific commissions. The first, a series of paintings for Harvard University, features red, black, purple, and brown tones. He described the works as “scenes from the Easter cycle”—from Christ’s death to his resurrection. The subject matter, of course, inspired innumerable Renaissance paintings and frescoes. To adapt the story to his own abstract mode, Rothko created a vertical motif in shades of orange, purple, and black. According to art historians Jeffrey S. Weiss and John Gage, the somber-hued canvases signify Christ’s suffering on Good Friday, while the brighter ones represent Easter and the resurrection.
In 1964, collectors John and Dominique de Menil commissioned Rothko to make canvases for a chapel in Houston. Given the artist’s adoration for ecclesiastical architecture, he was a perfect fit. He made 14 large-scale paintings in shades of purple and black, now mounted along the walls of the octagonal sanctuary. “They’re sort of a window to beyond,” chapel historian Suna Umari once explained to NPR. Rothko “said the bright colors sort of stop your vision at the canvas, where dark colors go beyond. And definitely you’re looking at the beyond. You’re looking at the infinite.” 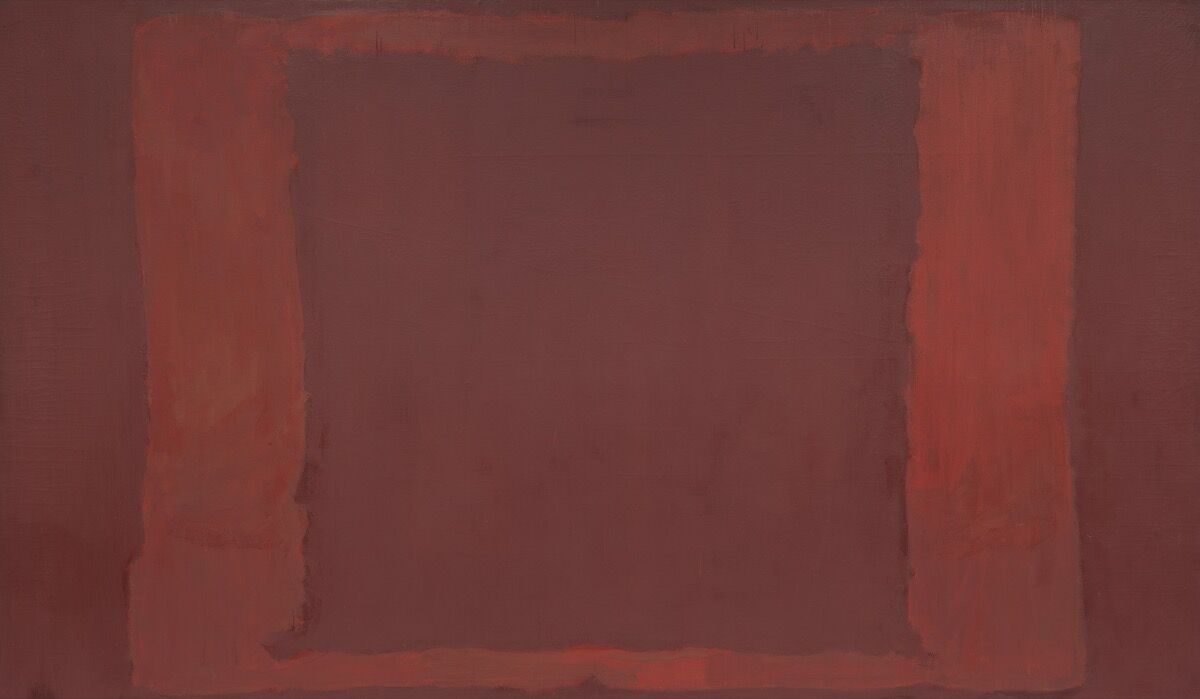 Just after Rothko completed the paintings, he was struck with an aortic aneurysm. His mental health subsequently declined. His separation from his wife in 1969 and an emphysema diagnosis only exacerbated the decline. In 1970, Rothko committed suicide in his studio. When the De Menils’ chapel opened the next year, Dominique praised the late painter. “Like all great artists who follow an inner call, he sacrificed everything superfluous to his vision. The message he had to deliver was a timeless one,” she offered.
Rothko’s spirit lives on in his moving, reflective paintings. He left behind hundreds of canvases, testifying to both his devotion to the studio and to his unwavering commitment to advancing modern art. As his son wrote, despite an indebtedness to his predecessors, “the artist, for my father, is nonetheless a great Romantic hero, wielding a brush mightier than pen or sword.” Rothko achieved this valor with his masterful juxtapositions of color applied to large-scale canvases to elicit near-religious responses.
Alina Cohen
Related Stories

Mark Rothko on How to Be an Artist 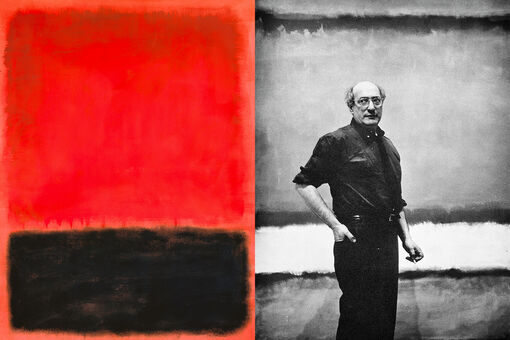 Mark Rothko on How to Be an Artist
Alexxa Gotthardt
Sep 13, 2018 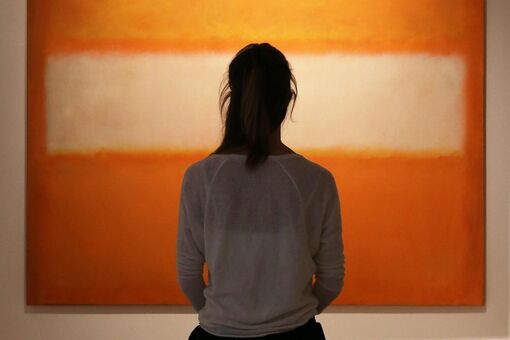 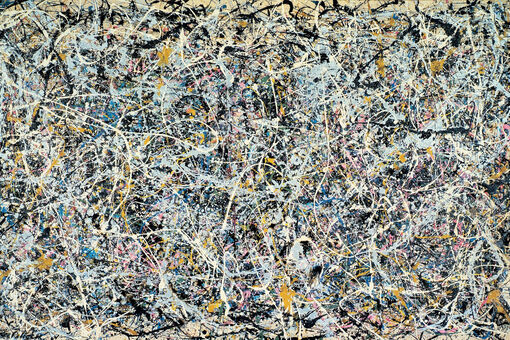 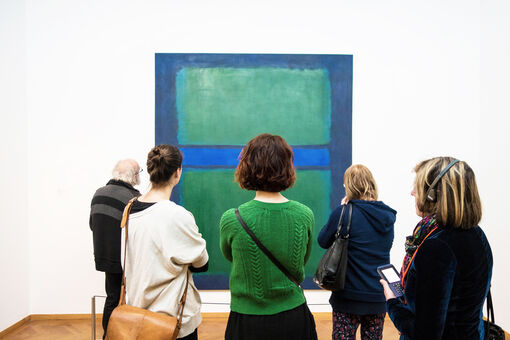