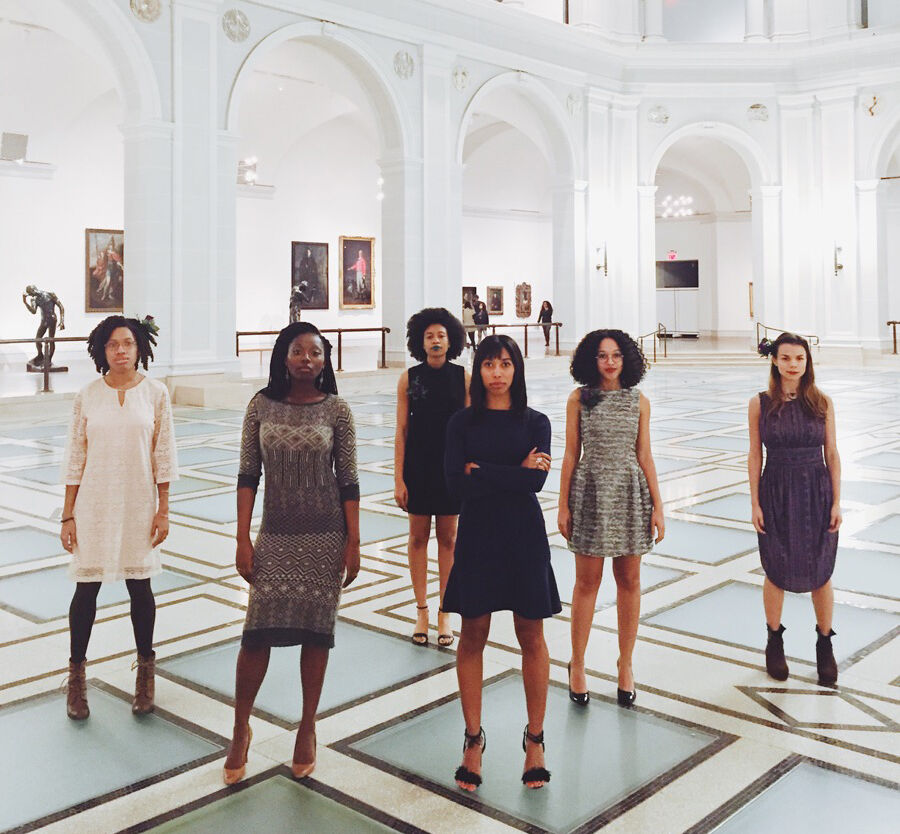 When Sydney Lowe invited a few girlfriends over to her small Brooklyn apartment in 2014, she didn’t know she was starting an army.
Today, Lowe is the founder of Art Girl Army (AGA), a fast-growing collective of women creatives—including those who are gender nonconforming, transgender, and genderqueer—who make art, films, graphics, and music. And while they might not be armed with weapons, they certainly have missions.
“It happened organically,” Lowe says, while driving to her day job in Los Angeles. “We were a group of five that first night. Now we’re 3,450.”
The group came together based on a shared need for collaborators, support, and for equal opportunities in the art world. “And maybe most importantly,” says Lowe, “for a bigger and more diverse community.” Lowe, who is 25 years old, now works as a freelance film and television producer and leads Art Girl Army on the side. But when she left college in 2013, she felt unmoored and overwhelmed by the competitive atmosphere of New York, where she first landed. 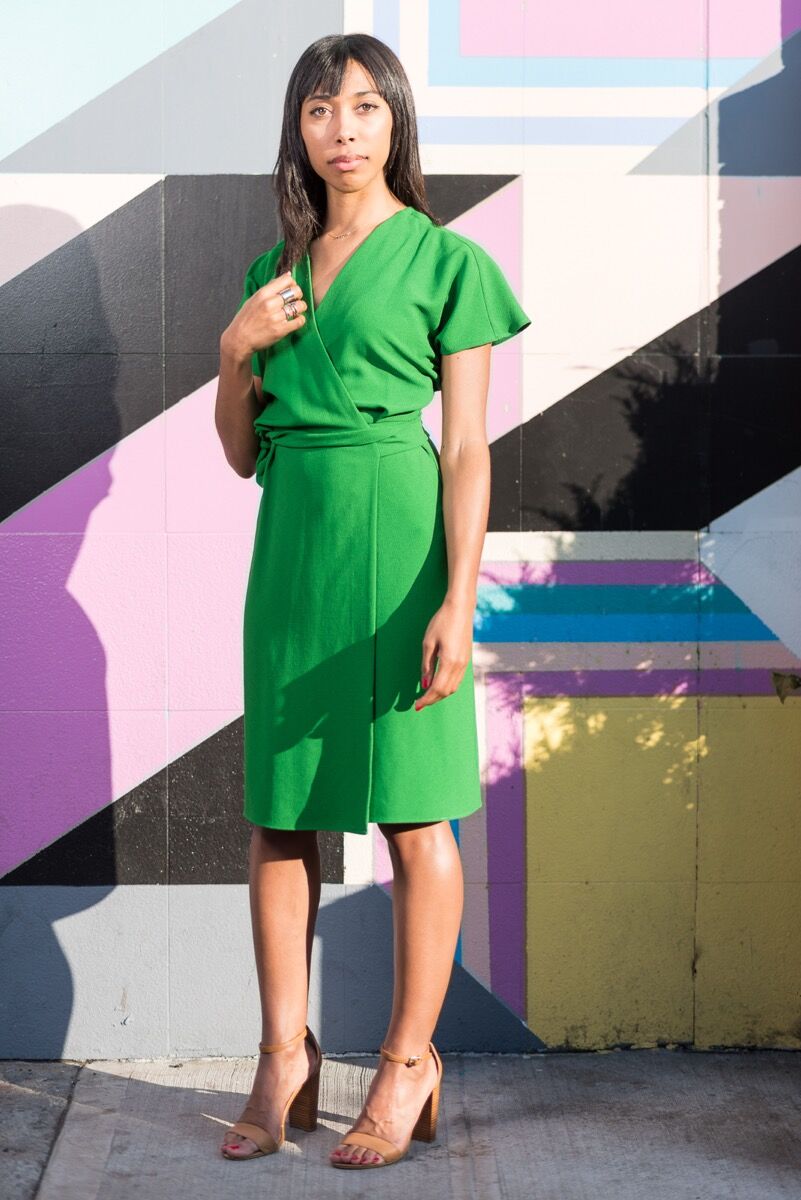 “I was ready to join forces with people and make things happen,” says Lowe. But the landscape she entered was impermeable compared to her years at Wesleyan University, a school with a track record for encouraging unbridled creativity and likewise turning out throngs of illustrious creatives: artists
Glenn Ligon
and
Rachel Harrison
, Mad Men’s Matthew Weiner, pop duo MGMT, and Hamilton’s Lin-Manuel Miranda among them.
“If you needed photographers, dancers, musicians, you name it for a project, you could find them,” Lowe says of her college days. “And more often than not, they were excited to collaborate.” But in New York, she found it difficult to connect with peers who were also eager to work together.
Pinning down paying jobs (most entry-level film gigs were poorly paid, if at all) and supportive female mentors was even more challenging. That’s when she decided it was time to create a space “where it didn’t feel like people were clamoring over each other to get to the quote-unquote ‘top,’” Lowe says. “Where I didn’t feel alone.”
From there, Lowe began hosting dinners for her small cohort of female friends who also worked in creative fields. A film producer, a musician, a social media director, a fashion designer, and an actress gathered sardine-style in Lowe’s tiny apartment once a month to talk about “our passions, our fears, our desires,” says Lowe. “Things that we wanted to do and things that we found really challenging.” 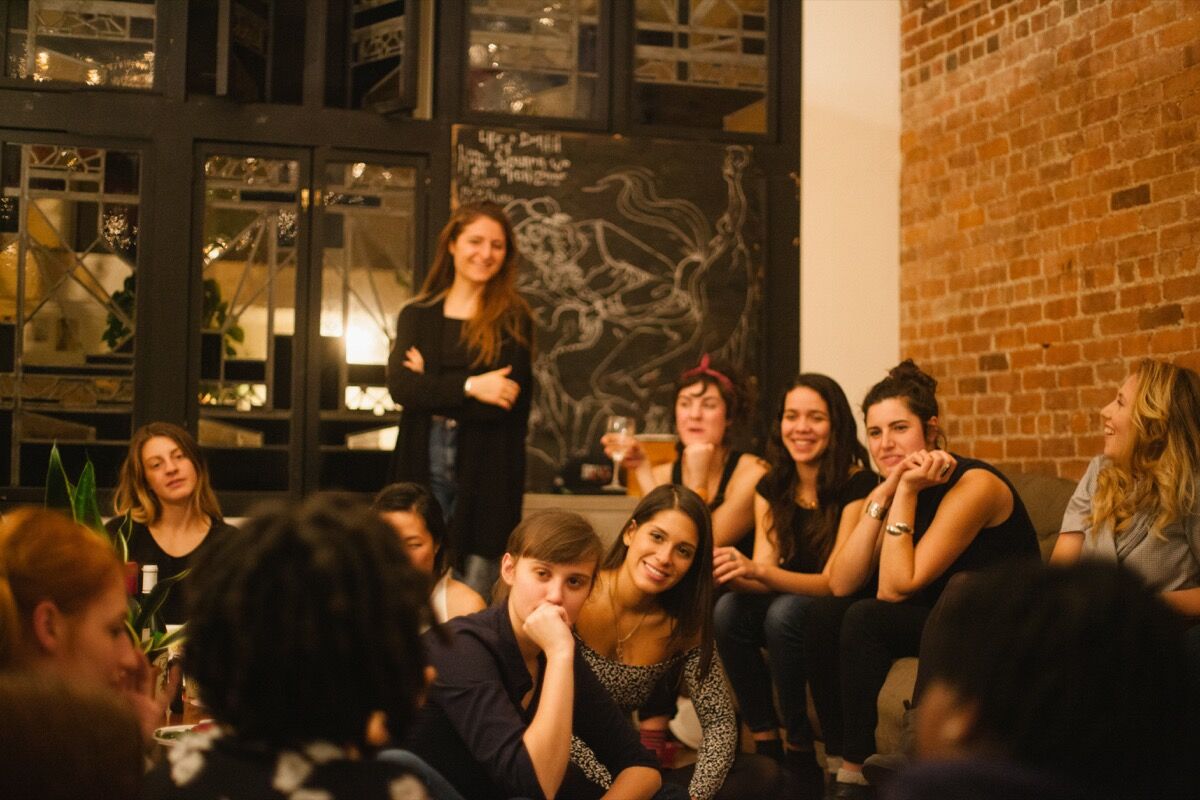 Advertisement
A fundamental challenge the group pinpointed was a dearth of both women and sexual and racial diversity across the creative fields—especially in leadership positions. As Lowe recalls, “Sometimes I was the only person of color or woman in the room at certain art galleries or film screenings that I’d go to.” Her dinner guests, who were black, Latina, and white, shared similar experiences. Together, they realized that the first step in addressing these inequalities was acknowledging them. But a question lingered for Lowe: Then what?
Word of the supportive environment fostered at the powwows spread quickly. Friends told friends about the conversations, the confidence, and even the job opportunities that were kindled in Lowe’s home. And before she knew it, the original group of five grew to 10, then 20—and “the dinner table just kept getting tighter and tighter,” she laughs.
Art Girl Army, as Lowe eventually dubbed the group, continues to grow by the day. The women who participate, aged 18 to 40, can no longer meet up en masse in apartments, but they now hold valuable conversations in the Facebook group that corrals them. “It’s been an interesting process, to transform something that started as very grassroots into a digital community,” says Lowe. “But I think that we’ve done a good job of making sure that same sense of community and spirit of collaboration still exists.”
A scroll through AGA’s recent posts confirms this claim. One, from New York-based Sophie Ginette Boss, calls for submissions to her publication THE LIBERTINE, which covers “the weirdest, the most colorful, and the most intersectionally feminist theatre artists.” Two days after the post appeared, responses were still rolling in. Shama Rahman, senior marketing coordinator at the Whitney, shared a job listing for a social media producer at The Met. Others advertise residency, award, and activism opportunities, art show openings, and album releases. Likes abound and conversations are stoked.
But in order to remain relevant—and to support members and their goals holistically—Lowe hopes Art Girl Army “will be more than just a community,” she says. She wants AGA to be a resource, and “a platform that can provide creative women with more job, networking, and educational opportunities than we’re able to offer now.” 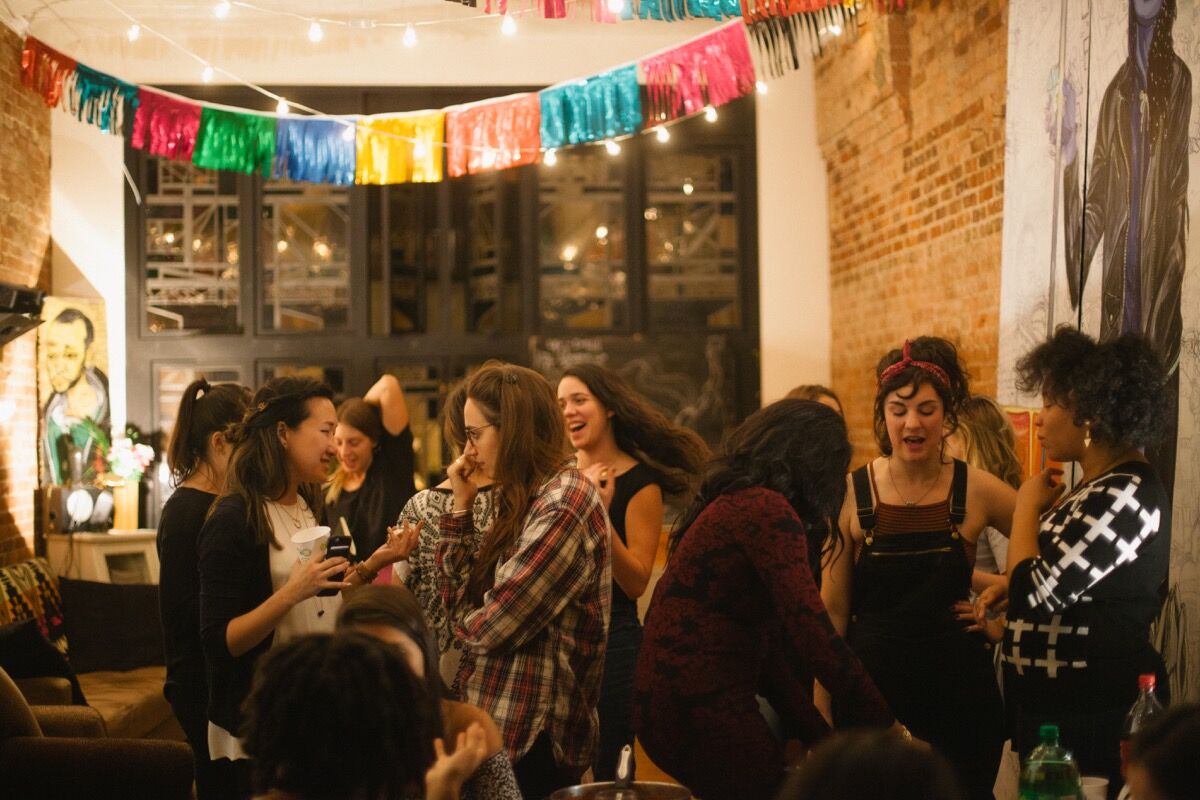 While Lowe has encouraged the use of tags like #singers, #actors, #jobs, and #panels to organize posts and make them more easily searchable, so many crop up on AGA’s Facebook page each day that they’ve become difficult to sift through. It’s an issue that’s led Lowe to conclude that Facebook’s platform alone can’t support the growth she’s envisioning for the group.
She’s also realized the group has outgrown her stag leadership, so she’s wrangled a team of board members to help her support AGA’s community, plan in-person events like industry-specific panels with female creative leaders, and strategize for the future. The board (which includes Cindy Lozito, AhDream Smith, Jess Best, Olivia K. Harris, Morgan Fletcher, and Ebony Hardin) consists primarily of women who first sat at Lowe’s table in 2014, imagining a future where they had stronger personal support and more professional opportunities.
Given the success of other women-focused networking spaces, like Audrey Gelman’s social club The Wing, and the excitement driving women’s “huddles” across the country, sparked by the Women’s March on Washington this past January, Art Girl Army seems well positioned to proliferate. But Lowe emphasizes that growth, for AGA, must also mean that “every woman still has a seat at our table,” she says. “We won’t sacrifice that aspect of our mission, which is part of AGA’s DNA, as we grow.”
Alexxa Gotthardt
Related Stories