These Are the Met’s Nastiest Women 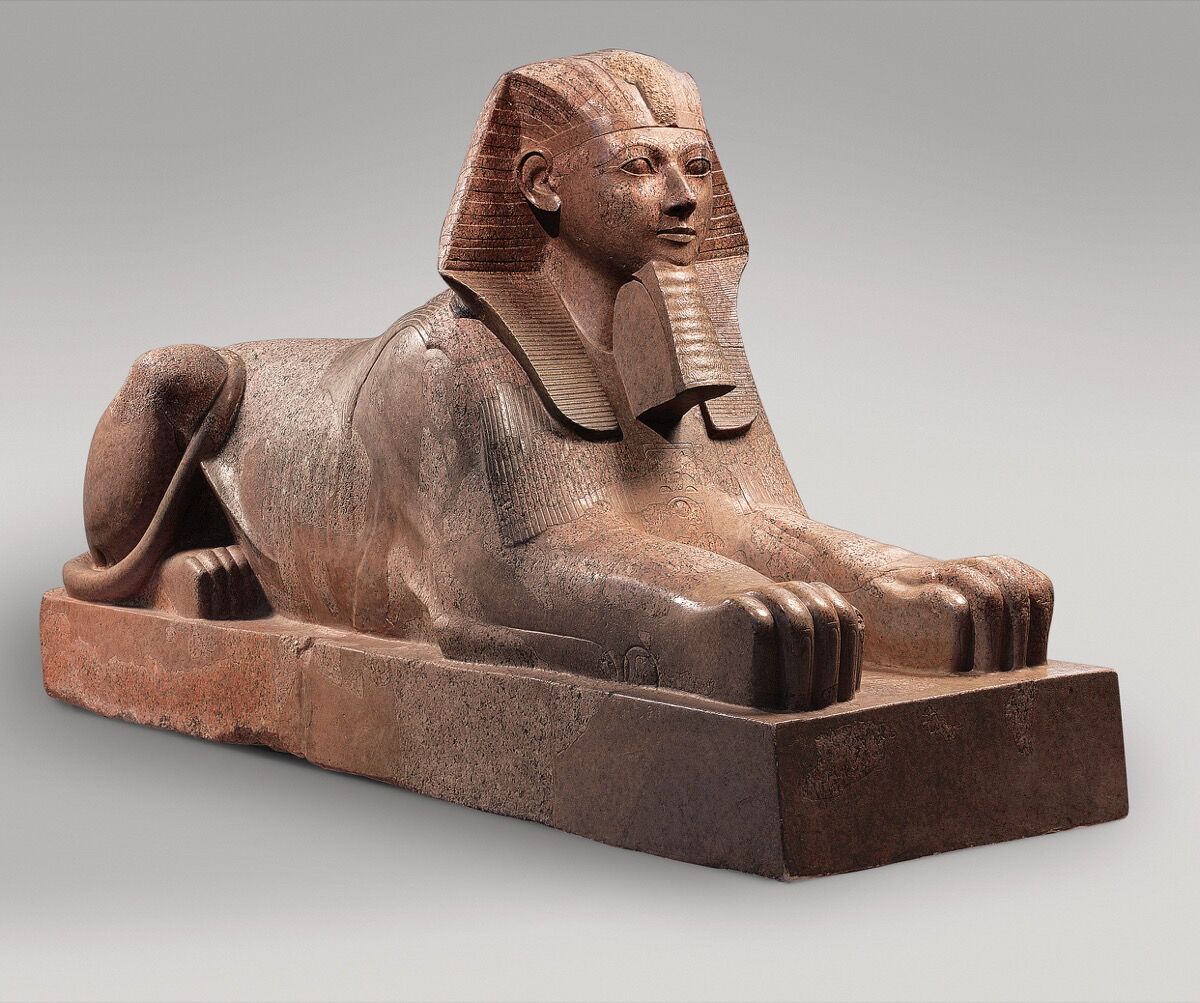 “Do women have to be naked to get into the Met Museum?” That’s the pointed question that the feminist art collective
Guerilla Girls
printed on a poster in 1989 to expose the dearth of female artists—compared to the bounty of naked female subjects—on the walls of New York’s Metropolitan Museum.
“Less than 5% of the artists in the Modern Art Section are women, but 85% of the nudes are female,” read the poster’s potent subhead.
While gender imbalance remains a deep-seated issue in museum collections across the globe, one New York art historian is broaching the topic from a different angle: by spotlighting the influential women who are represented across the Met’s lofty corridors.
Professor Andrew Lear specializes in gender and sexuality in art, and on a recent Friday night he stands in the Met’s towering lobby holding a small sign that read simply: “Nasty Women.”
“There are so many feisty, tough women artists and subjects at the Metropolitan,” says Lear as a group gathers around him. “So when a certain unappealing man used the phrase ‘nasty woman’ on television last fall, I thought ‘God damnit, I’m going to organize a tour showing that these women exist in art—and how powerful they were in life.” 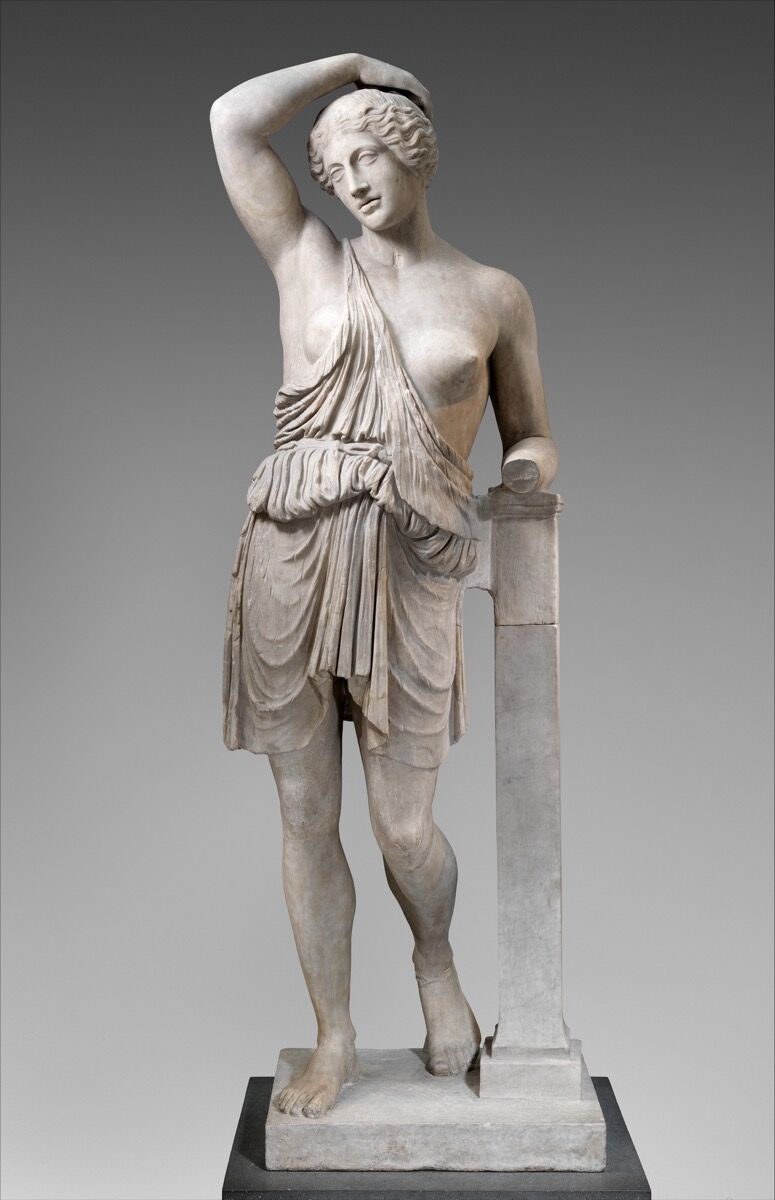 Marble statue of a wounded Amazon, 1st–2nd century A.D. Courtesy of the Met. 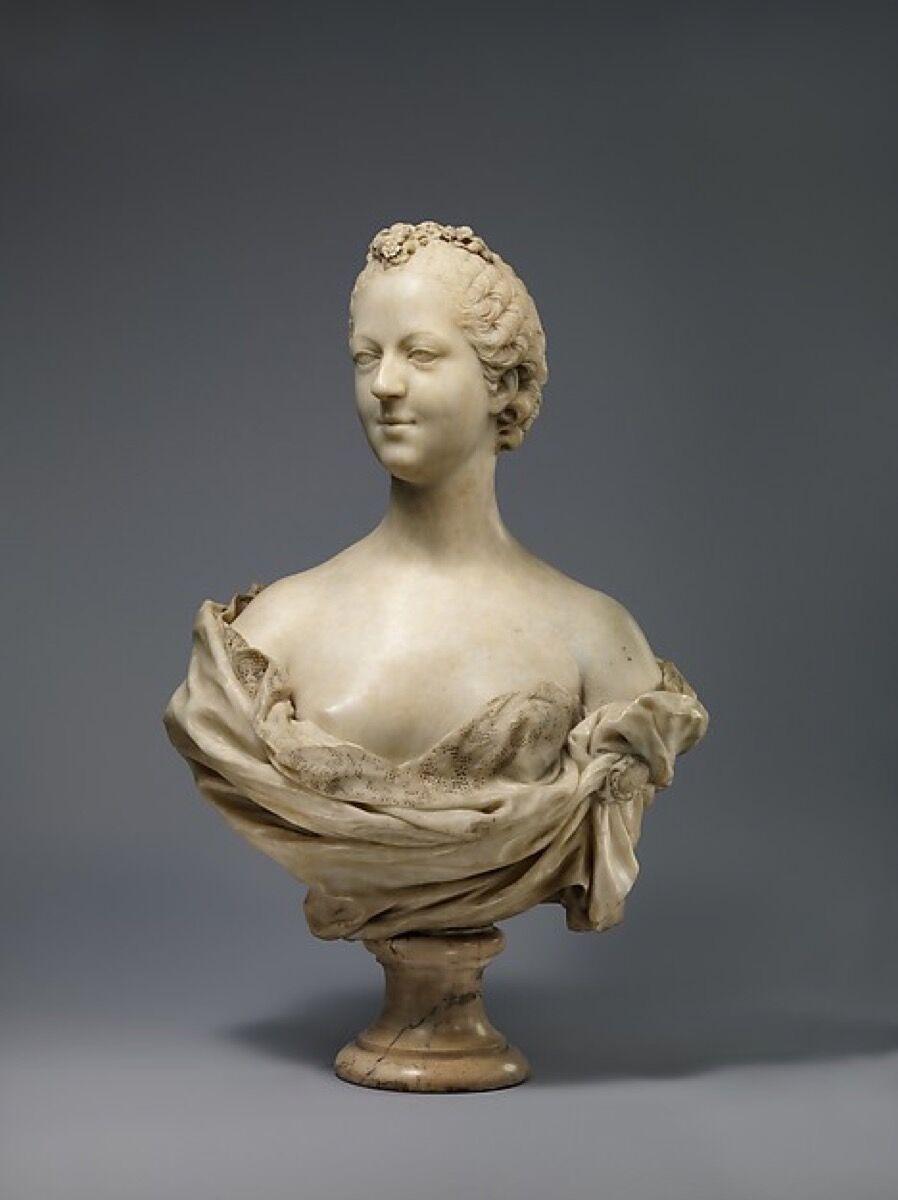 Lear spent many years working as a university art history professor, but more recently turned his focus to organizing thematic tours at the Met. His first series, “Gay Secrets of the Metropolitan,” explored motifs of homosexuality across the museum’s collection. “Shady Ladies,” a guided excursion past sculptures and paintings of courtesans, followed. And last year, as Americans began to organize in response to soon-to-be-president Donald Trump’s derogatory comments towards women, Lear introduced “Nasty Women.”
The new tour has been sold out for months in advance since it launched. The evening I finagle a spot, he preps our group for the three-hour journey through the Met with an enticing teaser: “There’s a surprising amount of proto-feminism in many corners of history. We’ll see that tonight.”
Lear begins the journey in Ancient Egypt. I half expect him to lead us to a statue of Cleopatra, but as will be the case many times throughout the tour, we land in front of an unfamiliar figure: Hatshepsut, an “enormously powerful” pharaoh who ruled for 21 years, from 1478–1458 B.C. While she was officially only regent to her stepson, he was deemed too young to rule and her reign is widely recognized as one of the most successful of Ancient Egypt.
“She started trade relations that led to the prosperity of the entire New Kingdom period; not to mention she built the first mortuary temple in the legendary complex we now call the Valley of the Kings,” says Lear, as he indicates a group of massive granite and limestone statues depicting Hatshepsut. In some, she is represented as a Sphinx, complete with a rippling lion’s body and royal beard. In others, she is represented as the woman that she was, with breasts and a pharaoh’s headdress. 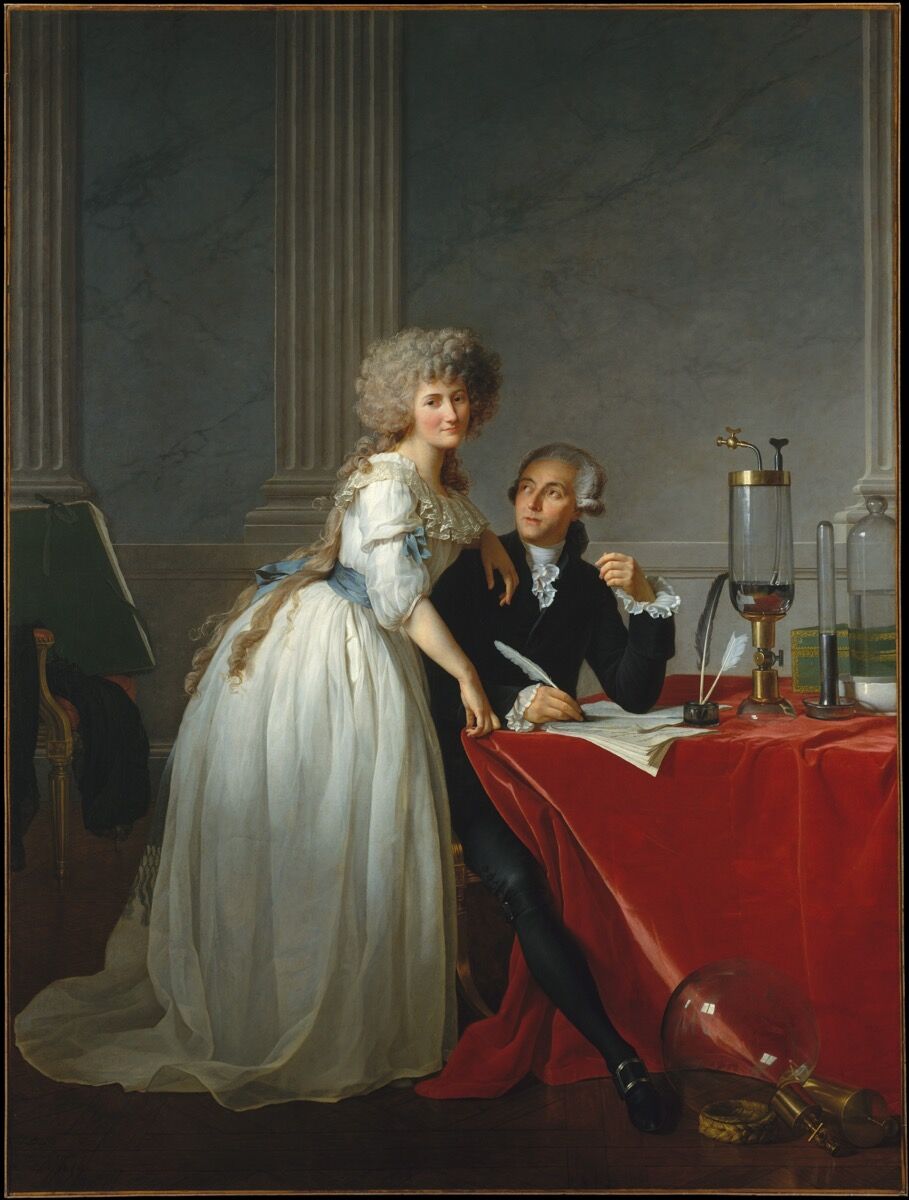 Jacques Louis David, Antoine Laurent Lavoisier and His Wife, 1788. Courtesy of the Met. 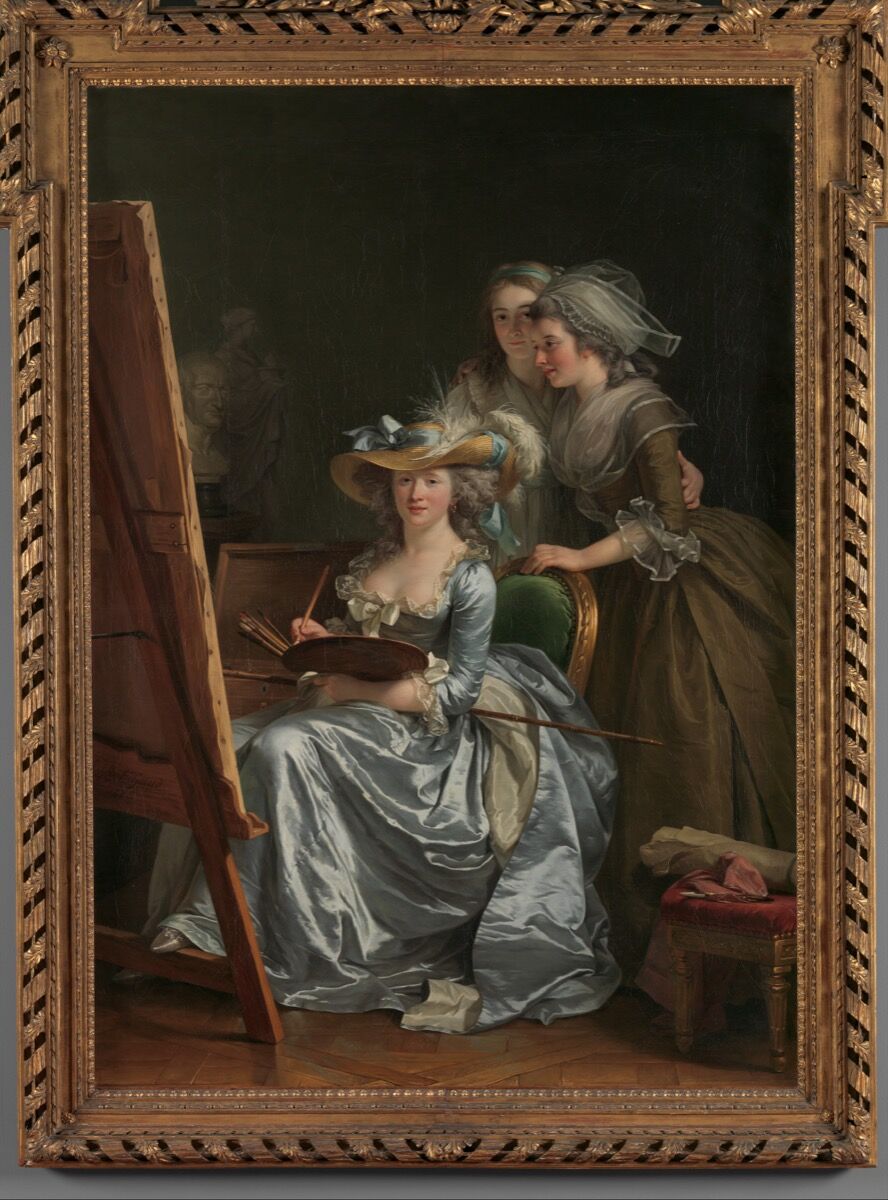 Advertisement
We pass likenesses of other history-shaping female rulers, too. Like Hatshepsut, Julia Avita Mamaea ruled Ancient Rome as regent and retained authority even after her son, Emperor Severus Alexander, took power. Mamaea set up the principles of his rule, advised him on military campaigns, and was the first woman in Ancient Rome to be named consors imperii, or the Emperor’s “partner in rule.”
While Ancient Roman women were often granted great power, especially in the Severan dynasty, Ancient Greece operated quite differently, preferring a more oppressive approach. There are staggeringly few women with any power or personality represented in Ancient Greek art. They did, however, pay homage to mighty female goddesses like Athena, who advised men, and scare figures like Medusa and the Amazons, who were the Greeks’ most tenacious foe.
A stone statue of a wounded Amazon commands one room of the Met’s Ancient Greek Hall. As Lear points out, she is represented simultaneously with strength, female features, and rich emotions. She is not shoehorned into a single role, as most women in Ancient Greece were, but is represented as a complex figure.
All of the women Lear highlights across his tour resisted or transcended the limitations that traditional gender roles have enforced across centuries. And some of them actively fought the gender inequalities of their times.
Adélaïde Labille-Guiard, represented in an imposing self-portrait in the museum’s 18th-century French galleries, actively campaigned for more women to be admitted into the French Académie Royale, where she studied painting. When she attended on the dawn of the French Revolution, only four women were allowed into the school at a given time. Lear notes that this painting likely doubled as propaganda for her crusade. It shows Labille-Guiard at her easel, accompanied by two female students eager to absorb her expertise. 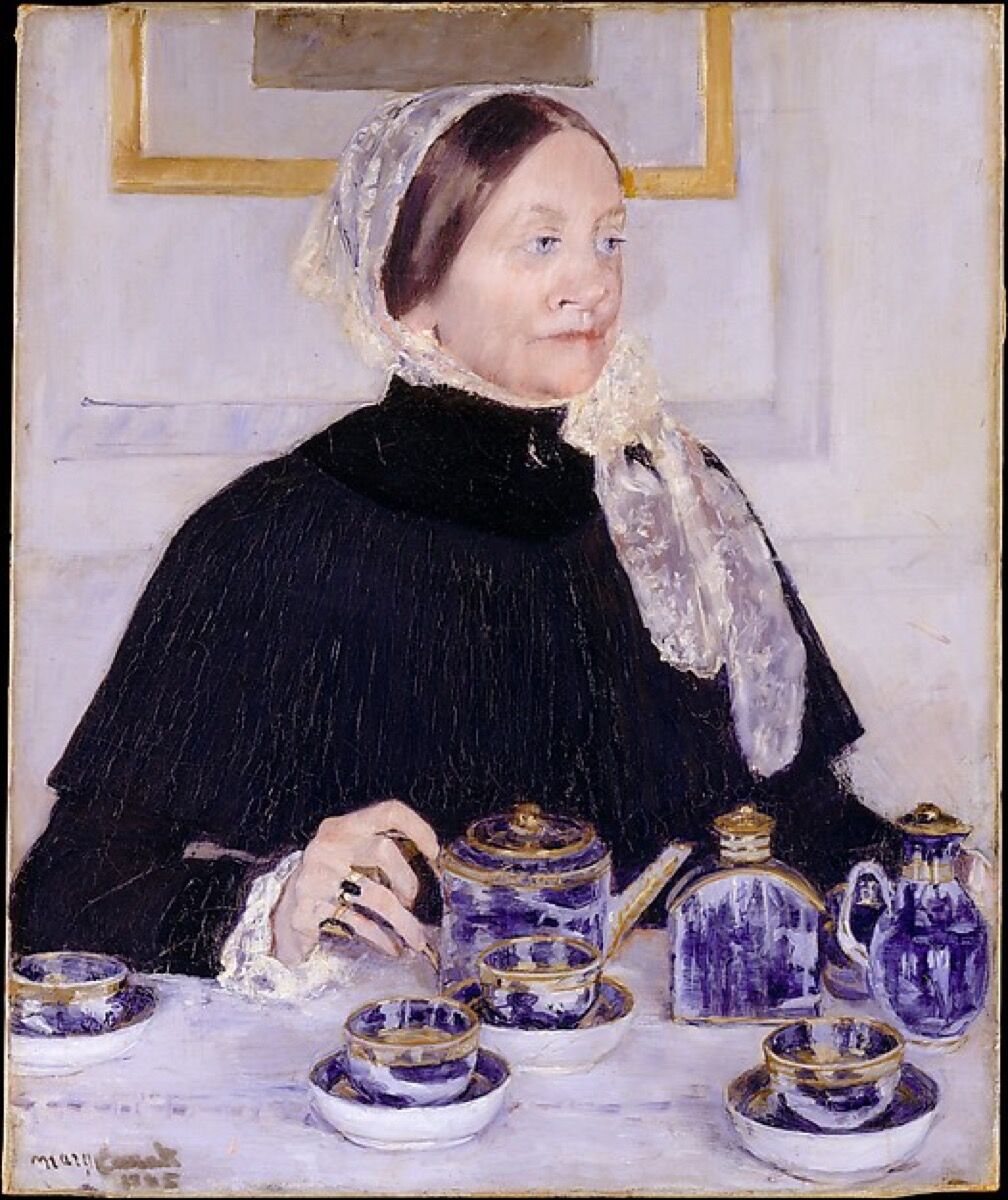 As the tour comes to a close, Lear leads us to two portraits where the female subjects are joined by men. But in both, the women are foregrounded—and the deferential position of their male partners emphasizes Marie Anne Pierrette Paulze’s and Edith Minturn Stokes’s strength.
In
Jacques Louis David
’s monumental portrait of Pierrette Paulze, she looks directly at the audience while her husband gazes up at her entreatingly, as if waiting for guidance. He is the famed chemist Antoine-Laurent Lavoisier, who is remembered for founding modern chemistry and identifying elements like oxygen and hydrogen. Most history books only attribute these scientific discoveries to Lavoisier, but this piece underlines Pierrette Paulze’s considerable influence on her husband, as she leans over his shoulder.
John Singer Sargent
’s painting of Minturn Stokes makes a similar point—the wife wears the pants. Here, the New York philanthropist takes center stage while her husband stands behind her, fading into the background with his face half-obscured.
Originally, Minturn Stokes’s great dane was meant to take her side in the painting, “but the dog was replaced by her husband at the last minute,” Lear says, delivering his final line of the night, one chock-full of wildly intelligent, headstrong—and yes, damn nasty—women.
Alexxa Gotthardt
Related Stories