For Michael and Lindsay Tusk, Connecting with Artists is the Key Ingredient to Collecting 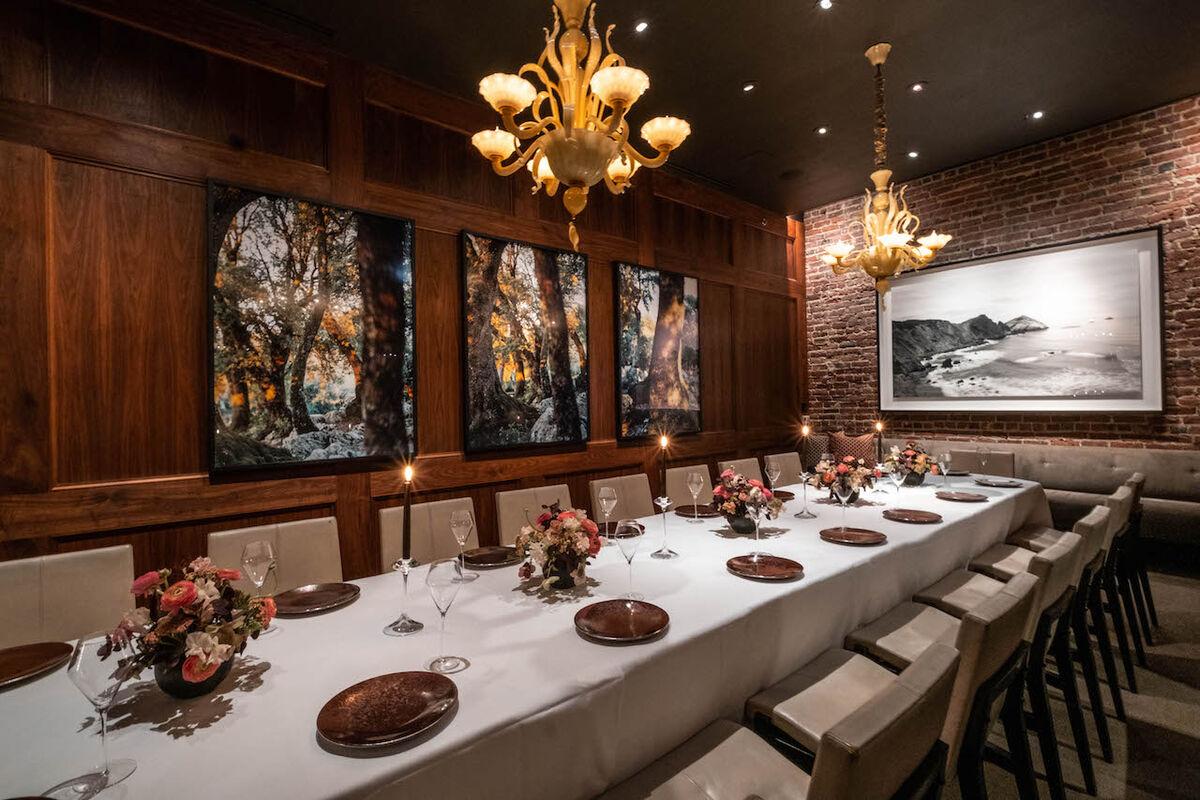 Installation view of artworks at Quince. Courtesy of the Tusks.

Restaurateur and photography collector Michael Tusk embraces spontaneity and chance. The chef and owner of the three-Michelin-star San Francisco restaurant Quince (and its sister eatery Cotogna) said that some days, he walks into his kitchen “not really expecting much,” and a mistake becomes a valuable starting point for riffing and play.
More recently, Tusk has brought this creative philosophy to his own amateur photography. During lockdown, he has captured the apple trees and summer squash plants on Fresh Run Farm, where Quince and Cotogna source their fruits, vegetables, and flowers. Tusk joked that he’s been channeling his “inner
Wolfgang Tillmans
.”
In his art collection, Tusk aims for that same sense of surprise. He and his business partner and wife, Lindsay, have mounted photographs in their restaurants that range from eerie, candid portraits to beguiling still lifes. Featured artists include
Hiroshi Sugimoto
,
Lee Friedlander
,
Richard Learoyd
, and
Candida Höfer
. 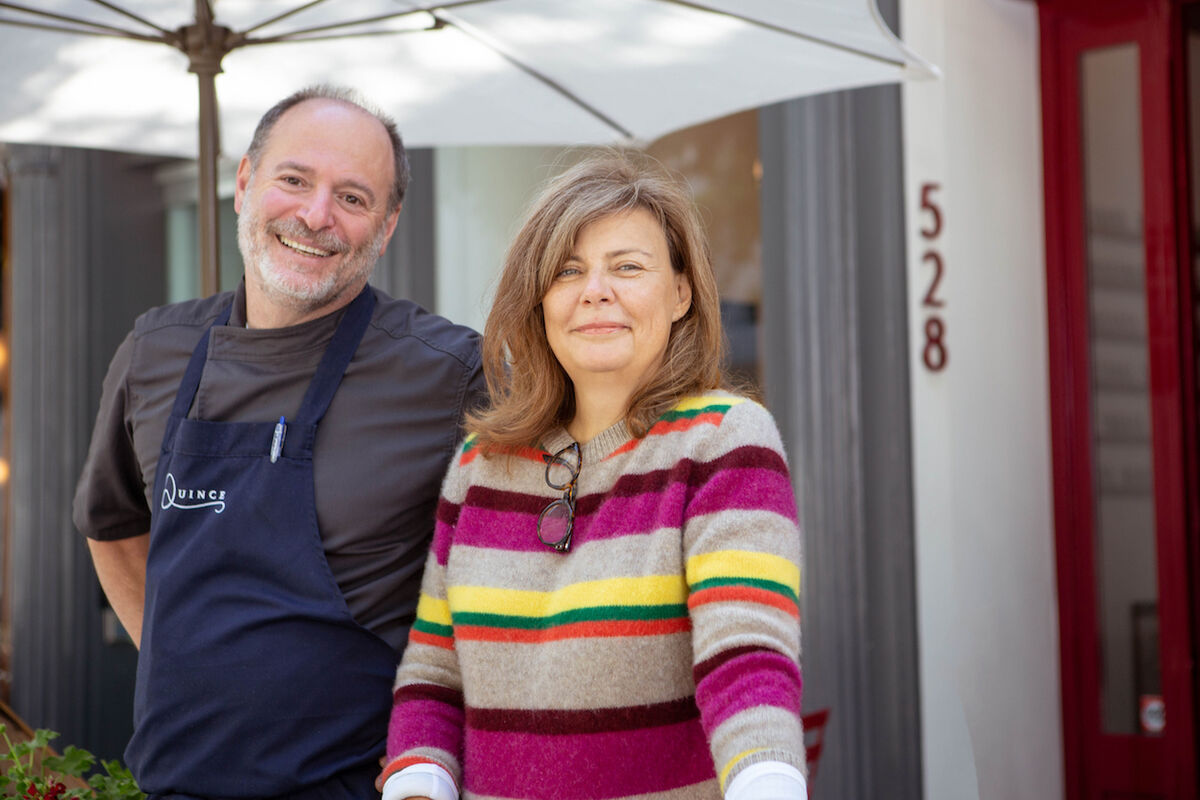 Portrait of Lindsay and Michael Tusk. Courtesy of the Tusks.

Tusk said that at Quince and Cotogna, the art lends a sense of the couple’s “personality” to the dining experience, beyond “what’s on the plate.” Collecting has also given the pair unique opportunities to support—and feed—their local art community.
Tusk grew up in a family of collectors. “I was dragged to museums as a kid, always exposed to art in some way shape or form,” he remembered. Tusk deepened his appreciation at Tulane University, where he took fine art classes. He studied ceramics with
Bernard Mattox
, befriended the instructor, and purchased one of his works. To build his collection, Tusk often looks to artists he’s met. “It’s a nice part of collecting, knowing the artist, getting to ask him some questions,” he said.
Yet when Tusk began working as a cook, he didn’t feel he had enough money to purchase the kind of art he saw at galleries and museums. “At a certain point, I just said, ‘You gotta throw caution to the wind,’” he said. “If I saw something I liked, I figured out a way to get it.” He was initially drawn to photography because of the price point, and he embraced payment plans as a means of purchase. 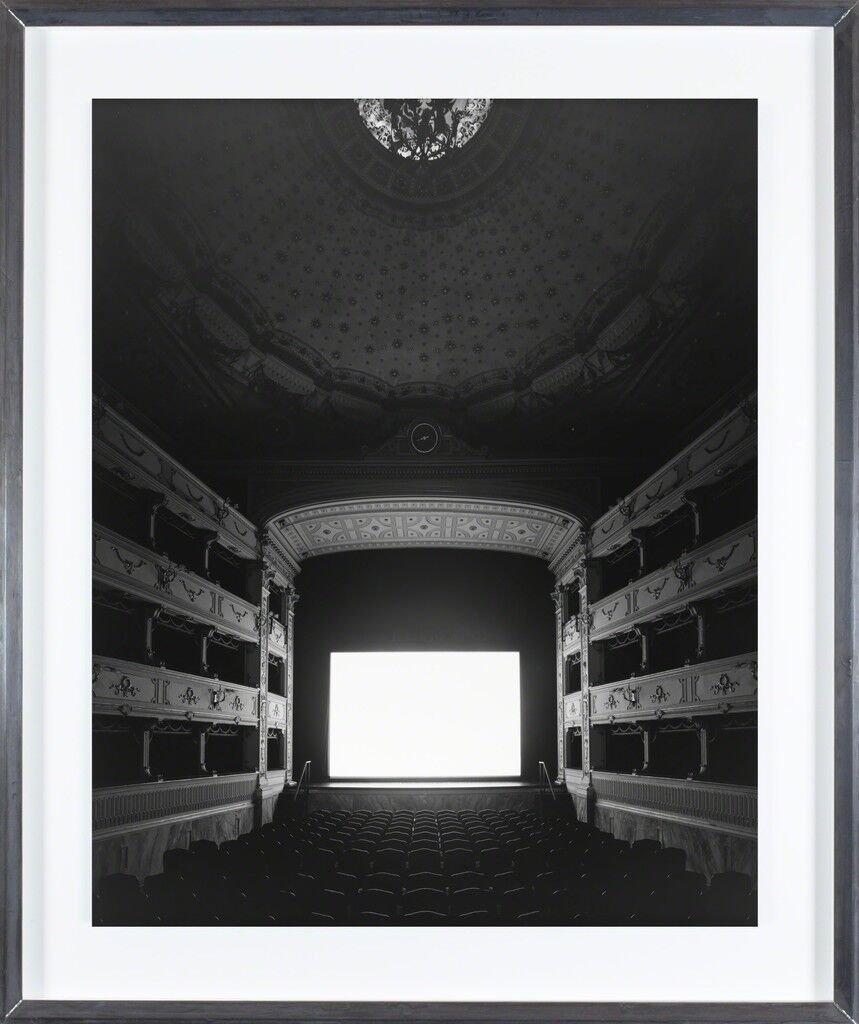 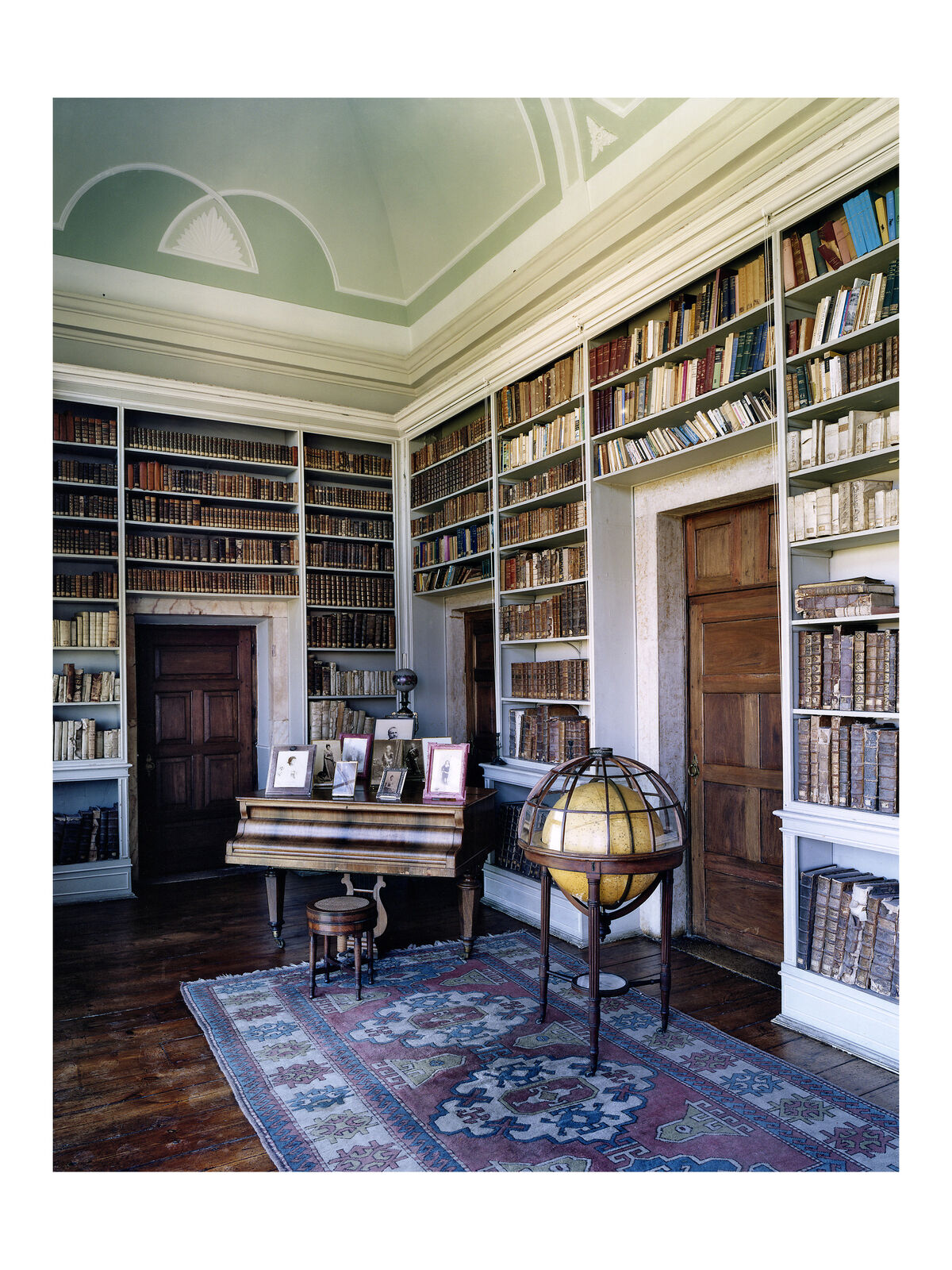 Advertisement
Before he opened his restaurants, Tusk worked as a caterer for major video art collectors Pamela and Richard Kramlich. He met artists and gallerists and became friendly with Christopher Eamon, a curator and writer who advised the Kramlichs and began to advise Tusk himself. With Eamon’s guidance, he purchased work by artists including
Adam Fuss
,
Jitka Hanzlová
,
Nan Goldin
, and
Gregory Crewdson
.
One of Tusk’s earliest purchases,
Sally Mann
’s Picnic (1992) from her “Immediate Family” series, perfectly represents the restaurateurs’ greatest interests: It’s an unposed shot, in the middle of nature, of three children enjoying a meal. It took Tusk a couple years to buy the work, and he paid in installments of a couple hundred dollars at a time. As a former New Orleans co-ed, he was particularly intrigued by Mann’s depictions of the American South. Around 2000, Tusk drove the picture across the country, in a Penske truck. He decided to turn off in Virginia, near where he knew Mann lived. He spotted the photographer in a coffee shop, but was too respectful of her privacy to say anything.
In recent years, Tusk has become more comfortable around artists themselves.
Marina Abramović
, Hiroshi Sugimoto, and Richard Learoyd have all visited Quince, and Learoyd has even spoken to the restaurant staff about his practice. His moody portrait Nancy flowered dress (2011) hangs on one of the walls. Tusk has also mounted three pictures by Sugimoto—a toned gelatin silver print titled Group of Seven at Lacock Abbey, April 1844 (2009); a picture of an empty theater, Teatro dei Rozzi, Siena (2014); and an imagined, post-anthropocene (or post-human), penguin-filled landscape titled Dioramas, Birds of the South Georgia (2012). 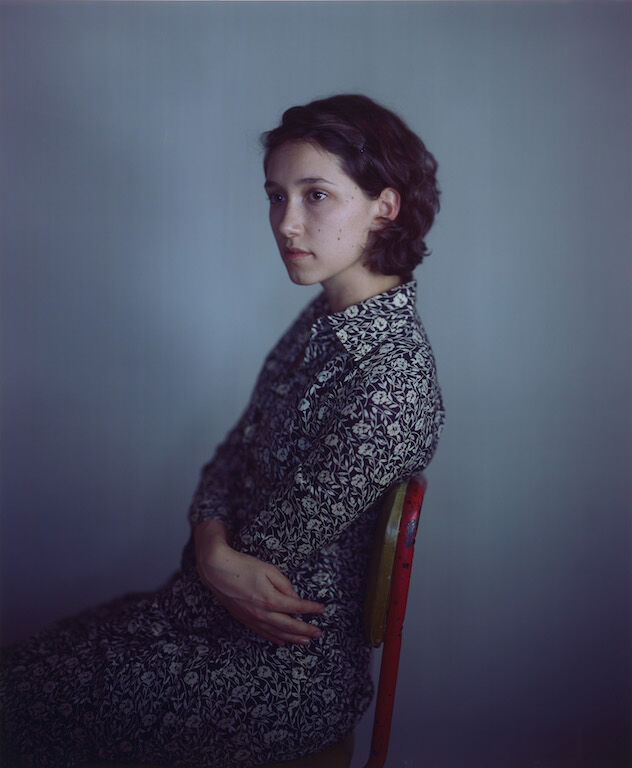 “As a kid, when I went to the Museum of Natural History, I always liked the dioramas,” Tusk said.
A number of works at Quince begin as loans from San Francisco’s Fraenkel Gallery, with whom the Tusks have developed a close relationship: They’re longtime friends of gallery partner Daphne Palmer. Occasionally, Quince’s diners have opted to purchase a work on the wall, though the Tusks have more frequently acquired the pieces for themselves.
But the Tusks’s relationship with local galleries extends far beyond buying and selling. In 2014, the couple collaborated with Fraenkel, Stephen Volpe’s Hedge Gallery, Jessica Silverman, Anthony Meier, and Iwona Tenzig on a themed dinner series called curATE. Kanye West and Kim Kardashian once dropped by.
In January, the Tusks catered a
Sophie Calle
opening at Fraenkel, with ingredients sourced from their farm. They created an all-vegetable menu, with a Jerusalem artichoke course, a black truffle tartlet with a salad, and a thistle course with green farro and artichoke bottoms.
From the show, the Tusks made their final art purchase before lockdown: a mounted embroidery that, when lifted, reveals a photograph of a table at the Parisian restaurant La Coupole. “When I met my wife, she talked about her first trip to Paris with her best friend, and her first trip to La Coupole,” Tusk remembered. The image took on sentimental meaning, which only increased as Tusk got to know more about Calle and her work as he prepared for and attended the opening.
“It always works out that way,” he said. “I get more passionate about acquiring a piece from an artist if there’s a connection.”
Alina Cohen
Related Stories

Inside My Collection: Pete Scantland