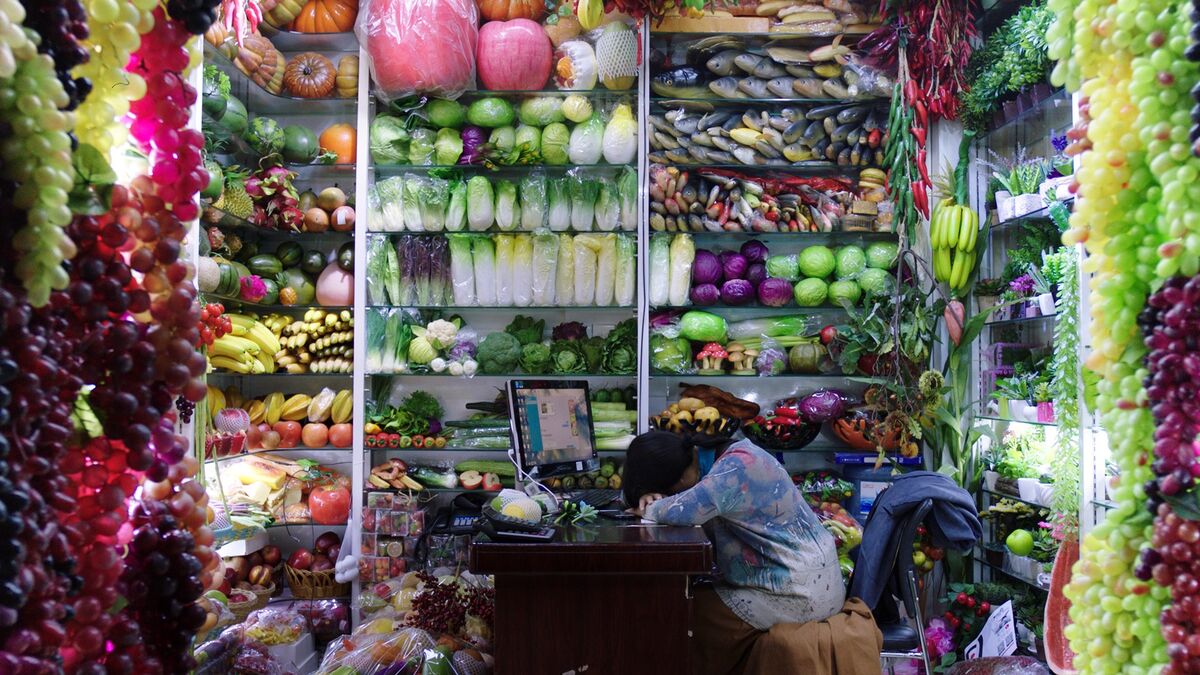 Mika Rottenberg
has made a career out of teasing meaning out of contemporary chaos. Her main tactic—marrying elements of the documentary with cheerily bizarro magical realism—is increasingly in step with a world that stopped making sense quite a while ago. Imagine if CNN commissioned
David Lynch
and Terry Gilliam to film a 20-minute experimental segment about where coffee comes from, and you might have some idea of Rottenberg’s singular sensibility.
Her subject, more than anything else, is labor—physical, exhausting, often dehumanizing, occasionally pointless. If you think your job is bad, taking a spin through the artist’s oeuvre might make you feel better; people churn, pump, crank, stomp, and sneeze in order to keep the world spinning. Always, Rottenberg is, in her offbeat way, attempting to map an economy. But unlike a documentarian—who might show where our iPhones come from by filming Chinese factory floors, or mines in Africa—the artist is more interested in feelings than facts. That doesn’t mean her work is any less effective or eye-opening, as evidenced by a terrific new survey that opens this week at the Bass Museum of Art in Miami.
The newest work here is 2017’s Cosmic Generator (loaded #2), which is set in the border-straddling zone of Calexico (in the United States) and Mexicali (in Mexico). “I was around that area doing research on iceberg lettuce years ago,” the artist says matter-of-factly, referring to subject matter that was central to a 2010 work, Squeeze. “It started when I asked someone where I could get lunch: They told me I could find the best Chinese food across the border, in Mexicali.” 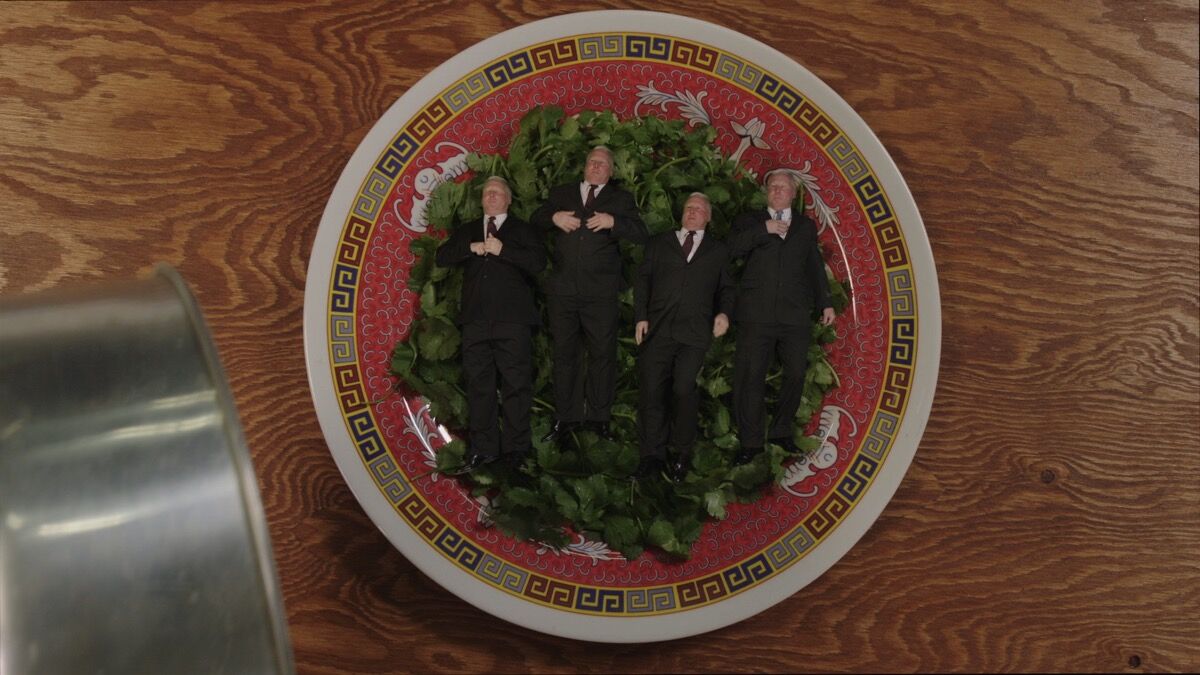 3 Images
View Slideshow
Rottenberg was intrigued by the unexpected intercultural mix, the product of immigration and assimilation. “I was interested in this cultural migration, and at times the deterioration of things that could have had more meaning—these laundering of different things as they travel across the world. Sometimes just the shell remains.”
This history inspired a narrative in which men, dressed like tacos, crawl through tunnels, and a woman methodically smashes a mountain of colored light bulbs. One of Rottenberg’s lead actresses pushes an enigmatic food cart around town, and is seemingly able to materialize and dematerialize at will, border be damned. Cosmic Generator becomes a literalization of contemporary hopes and fears about immigration and the eroding of national identities, and also a celebration of the beauty of those erosions.
Also on view is the 2015 Venice Biennale stand-out NoNoseKnows, in which Rottenberg connects the dots between other disparate groups. There are pearl farmers, expertly shucking mollusks, as well as a curiously connected network of Chinese store owners, and a woman in a sad office building who uses a fan to blow flower pollen into her own nose—which elongates, red and raw, Pinocchio-style—before sneezing out Chinese food and plates of pasta.
For over a decade, the artist has followed wherever her curiosity leads—from the lettuce farmers of Squeeze to Harlem bingo halls, the setting for Bowls Balls Souls Holes (2014). Given her fascination with eccentric forms of labor, I was curious what jobs Rottenberg herself had in the past. As a child, on a kibbutz in Israel, she had the chance to observe workers at both a shoe factory and a milking station. “In my twenties I worked in the food service industry, and a pastry shop,” she tells me. “Looking at people looking at cakes, and making dough, had some influence.” 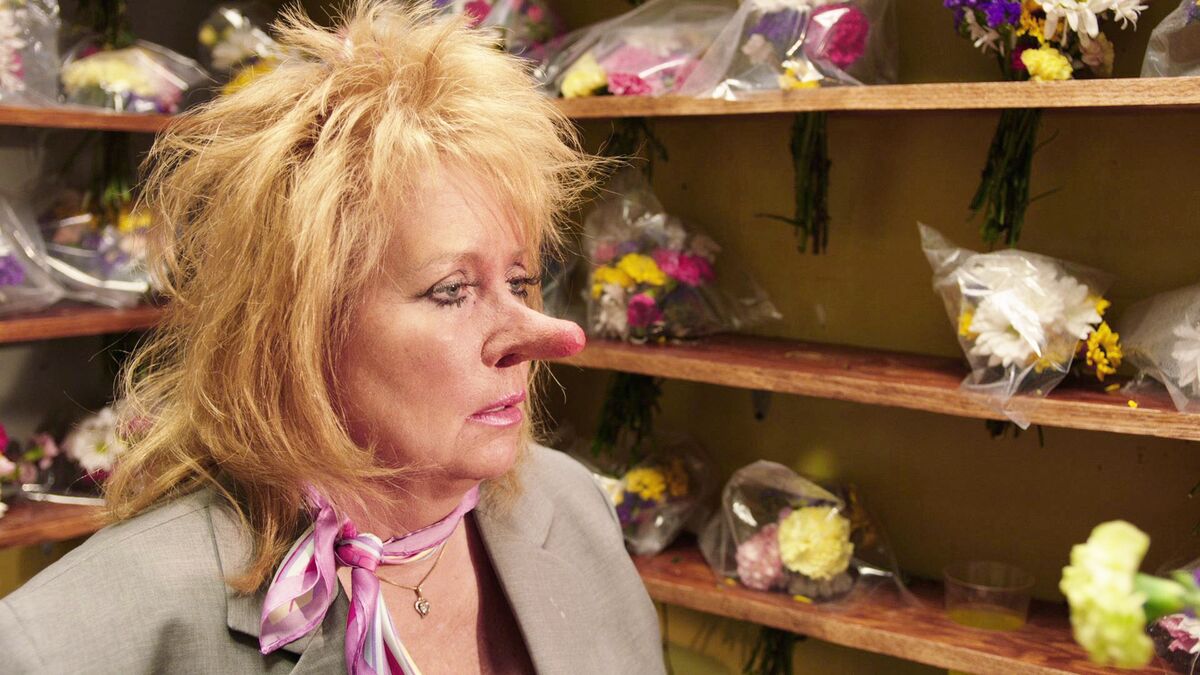 Advertisement
But the urgency of Rottenberg’s films and sculptures is rarely due to any connection to autobiography; the artist has never been afraid of exploring stories that are not her own. That puts her in an interesting place in the art world, circa 2017, when a resurgence of identity politicking has made museum and gallery boycotts a common occurrence.
Rottenberg’s own identity is complicated; her family moved from Poland to Argentina in 1938. The artist was born in Buenos Aires in 1976, and then moved to Israel. She came to the United States in the late 1990s, though she’s not an American citizen. In general, Rottenberg doesn’t seem comfortable with the newfound insistence that artists should stay in their own lanes.
“I feel like that’s basically giving in to what Trump is saying: We should all retreat to our own people and build borders around ourselves, and not attempt to go outside of that,” she offers. “There’s a way of being aware of the narrative you’re playing to, and where you’re coming from, and being extra sensitive, which is very welcome. On the other hand—then I just make work about Jewish women, or Holocaust survivors? Or about Israel? Everything I consume comes from another part of the world. If I show a bunch of women working in a market in China, with products that I consume everyday and my daughter plays with—I think that is the other end of my culture.”
“Part of of it is trying to find my own position, trying to place myself within these big systems,” she says, and that doesn’t come without its share of challenges. Critics, she continues, have charged her with objectifying women (whose bodies she often represents as fleshy cogs in the grinding wheels of capitalism). And unlike a gritty exposé about labor abuses in the agriculture industry, a film like Squeeze mingles reality and fantasy, often with slim distinctions between the two. It’s also fun to watch. 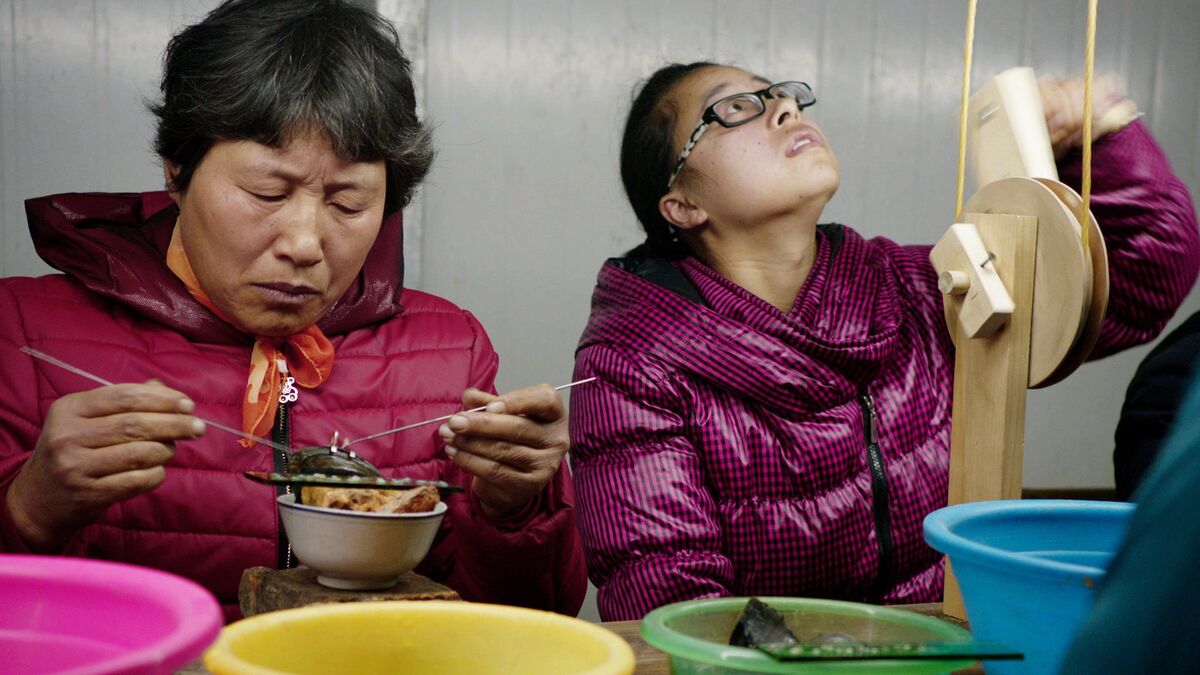 “I hope my work doesn’t read as more exploitive than any documentary,” Rottenberg says. “I’m inserting my own internal, psychological space within this external social space. I understand what’s problematic. You see beautiful colors, you come out [of the film], you go have a cheeseburger or sushi or something. So yeah, it’s fucked up! But I try to make work that’s as accessible as possible, while being intelligent, hopefully. Because of that it has to have an entertainment value—it has to seduce you.”
Small seductions abound at the Bass. There are mechanized ponytails sticking out of the walls, jittering endlessly. A simple installation of rotating ceiling fans manages to feel both soothing and dangerous. The entrance to Cosmic Generator finds an array of tropical-themed inflatables and plastic goods—fish on the floor, a limp palm tree—as well as a small stack of buckets that advertise Tasty Pantry’s Basic Emergency Food Supply (273 servings! 44,230 calories!). A 2016 sculpture, Lips (study #3), is just that—a puckered pair on the wall that acts as a peep hole, with a video playing behind it.
It’s a characteristically quirky outing from an artist who often operates more like an anthropologist, depicting the world as it feels, rather than how it is. “If art has a power, it’s the power of making things visible,” Rottenberg says. “I’m trying to bring things to the surface.”
Scott Indrisek
Related Stories