Portrait of Marilyn Minter. Courtesy of the artist and Salon 94.

Artist and activist
Marilyn Minter
’s studio is covered in large paintings that feature women’s legs, tongues, and torsos shrouded enticingly in layers of steamy mist; they dominate the walls of the sprawling space. But when I arrive for our visit, Minter is focused on a different project. She leads me excitedly past the aforementioned paintings (which will debut at her gallery, Salon 94, this fall, the same time her first major retrospective travels to the Brooklyn Museum) to a small, back corner where 8x10-inch images of wide-open, wet mouths paper one wall. They are the spoils of Minter’s recent collaboration with nonprofit Planned Parenthood and the livewire pop star Miley Cyrus. The mouths, it turns out, belong to Cyrus.
Minter’s no-holds-barred depictions of women in the throes of sexual pleasure or adorned with dirt and diamonds have triggered controversy since the 1970s. In the ’90s, her paintings of porn scenes, which appropriated graphic imagery in order to shine light on the commodification of the female body, famously inspired so much vitriol that she was “kicked out of the art world,” as she’ll explain to anyone who asks. But that didn’t stop the red-blooded Minter from making work and defending the feminist cause.
Now in her 60s, Minter splits her time between preparing for numerous exhibitions and advocating for gender equality and reproductive rights. Last year, she teamed up with Planned Parenthood for its most successful benefit auction to date, finagling six-figure donations from
Cindy Sherman
,
Cecily Brown
, and
Richard Prince
. And now, as rhetoric around reproductive rights ramps up with the election cycle, she’s cooked up another project supporting the nonprofit. 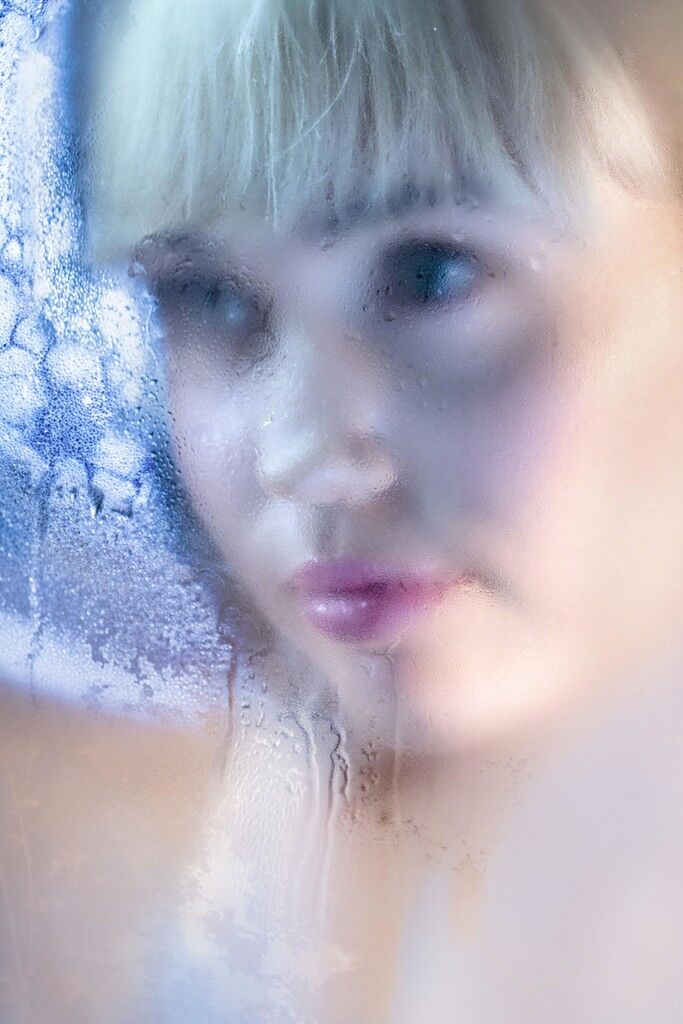 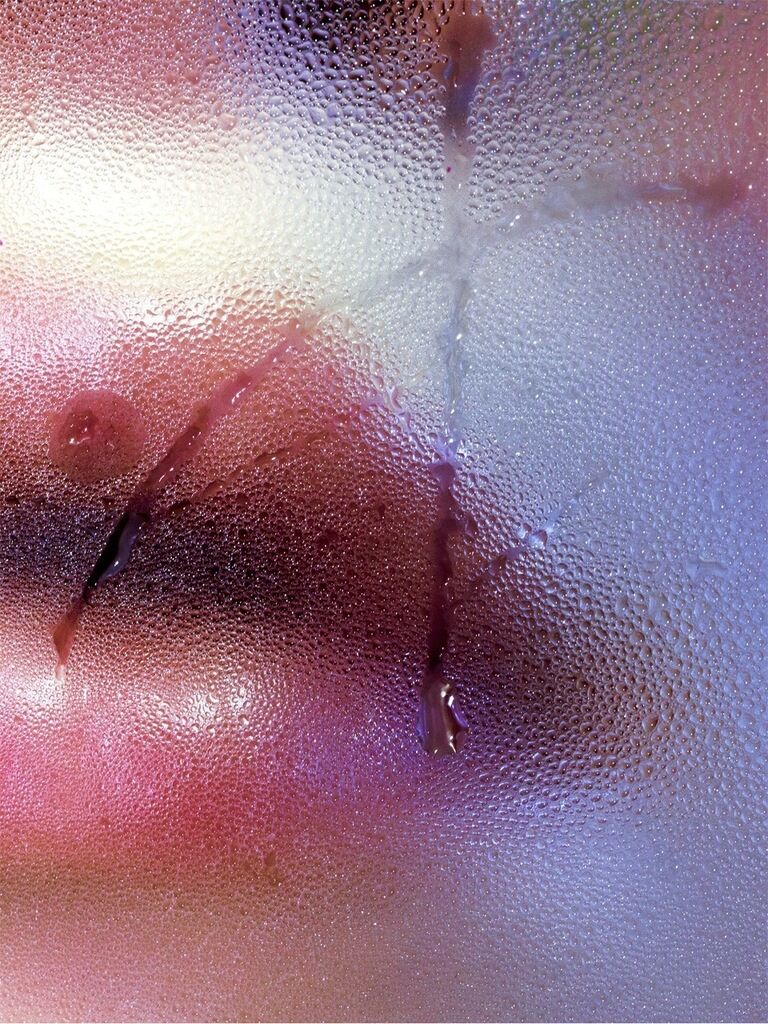 XOXO, 2015
Salon 94
When I visit, Minter is anxiously awaiting the delivery of the final portrait she took of Cyrus, a celebrity with 40.5 million Instagram followers and her own history of loud advocacy for LGBTQ and reproductive rights. Released today at Planned Parenthood’s spring luncheon, fifty editions of the image will be offered for $5,500 each. (The artist also convinced Marc Jacobs to publicly support the cause—his stores will hawk t-shirts sporting a more risqué image of Cyrus for $60.) While Minter waits, we talk about the relationship between art and advocacy, the importance of women supporting women, and her passionate backing of Planned Parenthood. When the doorbell rings, Minter squeals with excitement, and, as her assistants unwrap the package, she asks if I’ll take a photo of her holding the portrait. The resulting iPhone image shows the artist smiling ear-to-ear over the dewy, angelic visage of a pop star with a social media presence that has the power to effect change.
Alexxa Gotthardt: Have you received any backlash since your partnership with Planned Parenthood was announced last year?
Marilyn Minter: No, none at all. Well, there are trolls—you always have trolls when you’re doing something controversial. And I’ve had trolls my whole career, so I’m used to it.
AG: Are you referring to the controversy that your “Porn Grid” paintings sparked in the late-1980s? It was a bold move, even as late as the ’90s, for a woman to depict graphic sexually graphic content in her work.
MM: In the ’90s, people criticized my paintings out of fear, and I guess fear is what’s behind the reproductive rights controversy now, too. But back then, my critics were feminists who were responding out of fear; they couldn’t wrap their brains around the idea that women could promote sexual imagery about their own pleasure.
AG: That must have been frustrating, to be attacked by the community you were trying to support.
MM: At the time, I thought everyone thought like I did. I was shocked when people started calling me a traitor to feminism. I was interested in the idea that nobody has politically correct fantasies, and that was really hard for people to swallow. They could tolerate vanilla porn, but I was taking images from an abusive history and trying to reclaim them, and that was very threatening back then.
AG: Since then, you’ve been an outspoken advocate for feminism and for gender equality in the art world, in particular. How have you tackled the gender imbalance?
MM: Well, women still either have to be dead or practically dead to achieve the kind of success their male counterparts do—the one exception is Cindy [Sherman]. We have to support one another—I think that’s the solution. My generation didn’t do that, but it’s been something I’ve been fighting for for a long time.
This is another subject, but I’m pretty sure that we’re genetically loaded to be competitive. Maybe it has something to do with fighting over the caveman, the most powerful buffalo killer. I’ve been watching boys in the art world my whole life, and they work as a team, they hang out together, they put each other in shows, they curate together—but then they get to the top and try to kill each other. It’s not often that I see women curators at Gagosian or even smaller galleries curating other women into shows.
It’s about going against your instincts. My best friends are the best artists in the world—Cindy,
Laurie [Simmons]
,
Lorna [Simpson]
,
Wangechi [Mutu]
,
Mika [Rottenberg]
,
Mary [Heilmann]
. And I know a lot of young women artists because I go over to them and tell them how great I think they are. I don’t want to. My instincts are to kill them. But with the very act of saying, “You’re such a good artist, I admire you,” the envy disappears—and then you mean it!
AG: When did you first take up the feminist cause?
MM: Looking back, I probably began to realize I was a feminist while watching Betty Friedan [author of The Feminine Mystique] on the Mike Douglas Show. Everyone in the audience was making fun of her, but I thought she made total sense. I think I was in sixth grade at the time.
But I’ve been an activist since high school. I was always getting kicked out of class and in the dean’s office. Then it was Civil Rights, and later it was the Vietnam War. I was there when they shut down the Pentagon; I’ve been going on protest marches my whole life.
You know, I was really upset when Martin Luther King Jr. switched his focus from Civil Rights to Vietnam. I thought, “Why are you doing this, Civil Rights is so much more important.” And then I saw TIME Magazine go pro-Vietnam, and I did a 180. And now, this fight against controlling and policing women’s bodies feels like a war. 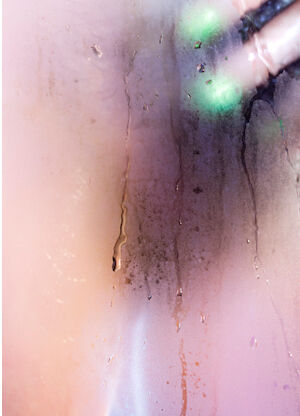 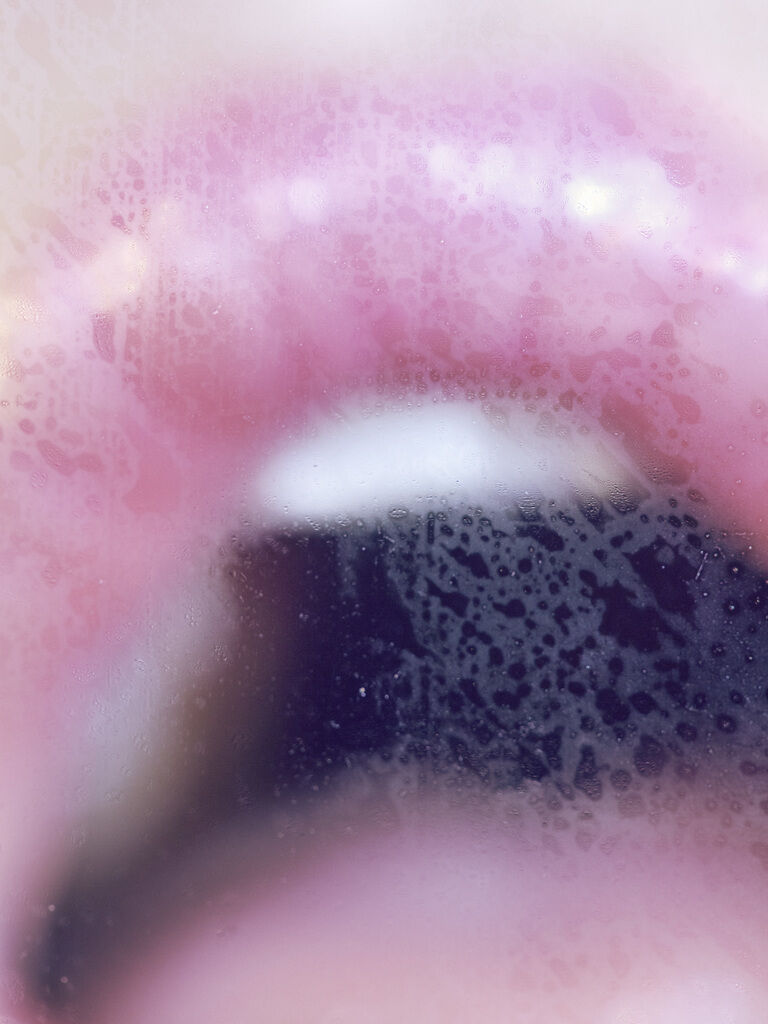 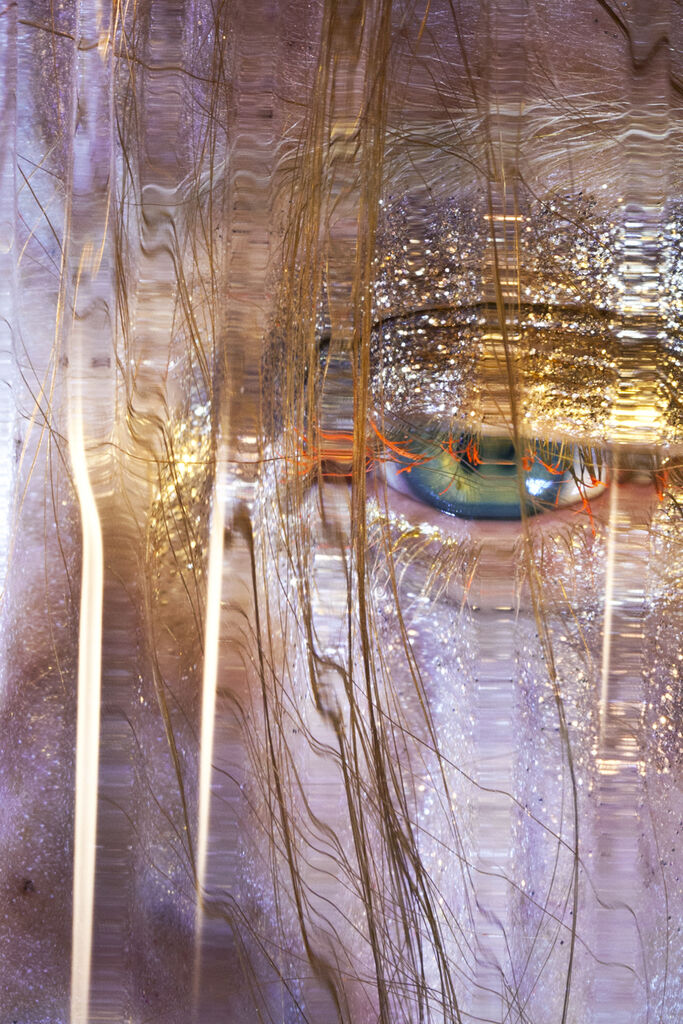 Siren, 2014
Salon 94
Advertisement
AG: How did you become involved with Planned Parenthood?
MM: Around two years ago, I took a photo of the man [Chris Salgardo] who runs Kiehl’s, who I love, to raise money for Art Production Fund. We started talking and he explained that Kiehl’s partners with artists on projects and in-store installations, then donates what would be the artist’s fee to their favorite charity. I’m a political junkie and always have been, so I decided to take him up on that—take a photo that would become an installation in their store. My day fee for a commercial job is $25,000, so that went to Planned Parenthood—and I handed them a check at the launch event.
AG: Why was Planned Parenthood your charity of choice?
MM: That was 2014, and laws were being passed that were shaving women’s right to make their own choices with their bodies. We hadn’t had to worry about that kind of thing since Bill Clinton was elected—we thought that war was over. Laurie, Cindy, and I—and so many others—worked so hard for abortion rights in the ’70s and ’80s, and all of a sudden that work started to unravel. Planned Parenthood has been attacked more in the last 2 years than in the last 20.
I remember hearing a radio segment, while working in the studio, that detailed how officials were trying to systematically—and quietly—eliminate individual Planned Parenthood centers throughout the country by tweaking state laws so that it’d be harder and harder and harder for them to operate—and it was working. I was incensed. But soon after, people—and public figures—started getting behind Planned Parenthood publicly. Lena Dunham was one of the first, and all the women who contributed to her PSA, and then Miley [Cyrus], and now Marc [Jacobs]. Maybe he’ll convince other companies to support, too. Marc doesn’t give a shit [about offending people], just like I don’t. Artists don’t care about pushback. Back in the ’60s,
Richard Serra
made anti-Vietnam posters.
AG: Do artists have a responsibility to be advocates?
M: No, they don’t. It’s totally up to each individual artist, but most of us lean left. The only reason I stepped up this time is because I have a voice now. Before, I was just another marcher. I was never articulate enough to do more. I’m still not, but I’ve always been passionate and idealistic. When Bush won the election I sat in the fetal position playing Bejeweled for four hours.
AG:  What happened when Obama was elected?
MM: I was on cloud nine. My dealer, Jeanne Greenberg Rohatyn, is very political too. She’s organized two fundraisers for Obama, and she’ll probably do something for Hillary. You know, dealers rarely do that, because a lot of collectors are Republicans—well, maybe they’re embarrassed Republicans right now.
AG: You organized a very lucrative benefit auction for Planned Parenthood last year, and managed to get a lot of high-profile artists to donate lots. How?
MM: Well, Gina Nanni, my gallery’s press person, and I started brainstorming with Planned Parenthood after the Kiehl’s project, and we realized that there hadn’t been an auction in long time. But it couldn’t just be any auction. We knew we had to target artists who make real money—the big boys.
I couldn’t wrangle them myself, but there’s strength in numbers, so we asked Cindy and Laurie to be involved—they said yes immediately. Then Amy Cappellazzo helped us figure out which artists make the most money at auctions, and we started reaching out to them to donate. Cecily Brown was the first to agree—she gave us a $350,000 painting.
Roni Horn
gave us an $85,000 piece, Richard Prince immediately gave us a totally saleable painting, and so did
Chris Wool
, Richard Serra, and
Brice Marden
. Brice was actually going to give us a bigger piece, but his dealer made him give something smaller. I understand the reluctance, because you don’t want your artists at auction. But there was an alternative:
Robert Gober
didn’t want to be at auction, but he gave us cash instead!
AG: And this year, you expanded your sights beyond the art world and asked Miley Cyrus to be involved. Why her?
MM: Because she’s an activist. And because we were trying to bridge the generation gap by involving a young star with young fans—she has 40.5 million Instagram followers.
She’s been famous since she was 11 and she’s a great artist, so she doesn’t care about making money—she wants to give back. She founded the Happy Hippie Foundation, which supports LGBTQ youth. She flies commercial because she’s conscious of her carbon footprint. Now she’s going to help us with Planned Parenthood.
AG: What can young people who don’t have 40 million Instagram followers do to effect change?
MM: You have to just get loud. There’s so much power in solidarity. Find like-minded people. Do whatever you can to support your cause. Be an escort to the people who have to walk through the crowds of protesters at Planned Parenthood. Volunteer. You’re fighting for yourself, your daughters, your grandchildren—for their own self-preservation as women.
Alexxa Gotthardt