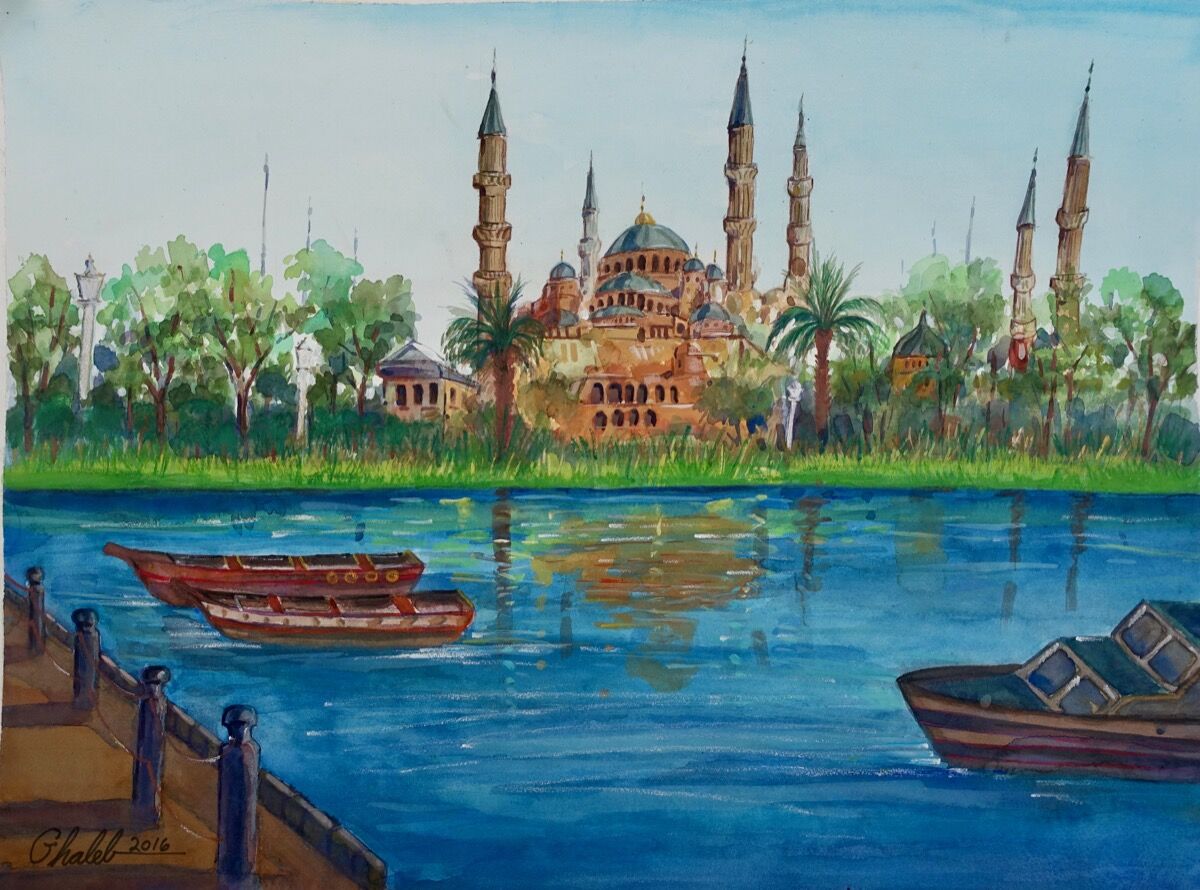 U.S. authorities have halted the release of art created by Guantanamo Bay detainees after an exhibition of their work went on view in New York City in October. Over 30 artworks made by current and former detainees, now on display at the John Jay College of Criminal Justice as part of “Ode to the Sea: Art from Guantánamo Bay,” reportedly caught the notice of the U.S. military. It has since suspended the transport of art out of the prison, asserting that the works are property of the United States government.
“I did this show to try and help people see that detainees are human beings and give detainees another way to think about themselves: as artists,” said Erin Thompson, professor of art crime at John Jay and co-curator of the exhibition. “The authorities saw it as a risk and just slammed shut that possibility.”
The decision reverses prior policy under the Obama administration, which allowed artwork created by the 41 detainees still held in the controversial military prison to be transported out by their lawyers following an inspection. Thompson said that detainee lawyers have told her the crackdown on artwork is “yet another clear demonstration of the human rights violation that is Guantanamo.” 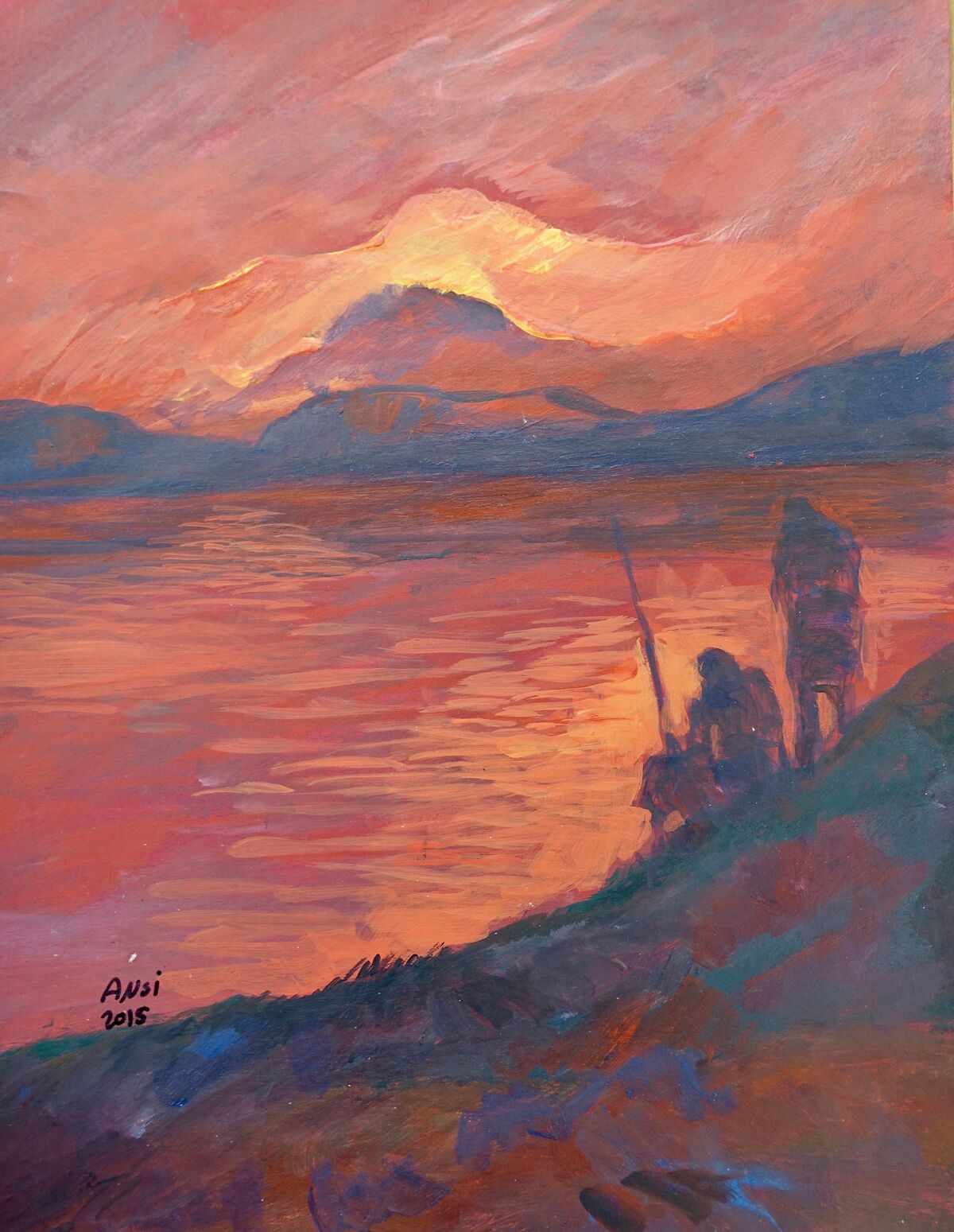 News of the military’s decision was first reported by the Miami Herald. The detainees’ lawyers discovered this change in policy after a recent visit, when, without explanation, prison authorities did not release any new artwork. One attorney told the paper that authorities planned to burn artwork created by prisoners, while another said her client was told art could still be created but in limited numbers, with additional works to be “discarded.”
Navy Commander Anne Leanos, spokesperson for the military, refused to confirm or deny that work would be burned in a comment provided to the Herald. “Transfers of detainee-made artwork have been suspended pending a policy review,” she told the paper in a statement.
Major Ben Sakrisson, spokesperson for the Department of Defense, told Artsy that the art classes at Guantanamo Bay are continuing, but reiterated that the work is U.S. property and that “the appropriate disposition of this property has been clarified with our staff at Joint Task Force Guantanamo Bay and will be accounted for according to applicable local procedures in the future.”
The military also has questions about how proceeds from any work sold in Thompson’s exhibition are being used, as Sakrisson previously told the Herald. Thompson noted that only work by detainees tried and released by a military tribunal is available for sale. One former inmate, for example, wanted to use proceeds to send money to his sick mother in Yemen, the Herald reported.
That authorities would raise questions about released prisoners selling work made while being held without trial is “an illustration of how these men can never escape,” Thompson said. “They’re always under suspicion.”
Formal art classes began at Guantanamo Bay in 2009. The courses became highly popular among detainees, though even sanctioned artwork could be confiscated during cell searches. Originally, authorities were strict about which images could leave Guantanamo Bay, with censors even blacking out doodles in detainees’ letters out of concern that they contained secret messages. But the policy loosened over time, with the military creating a dedicated form for applying to have artwork cleared, according to the Herald. Still, access to art materials and classes is entirely at the discretion of military authorities, who could halt or curtail these liberties at any time and without explanation, as they have in the past. 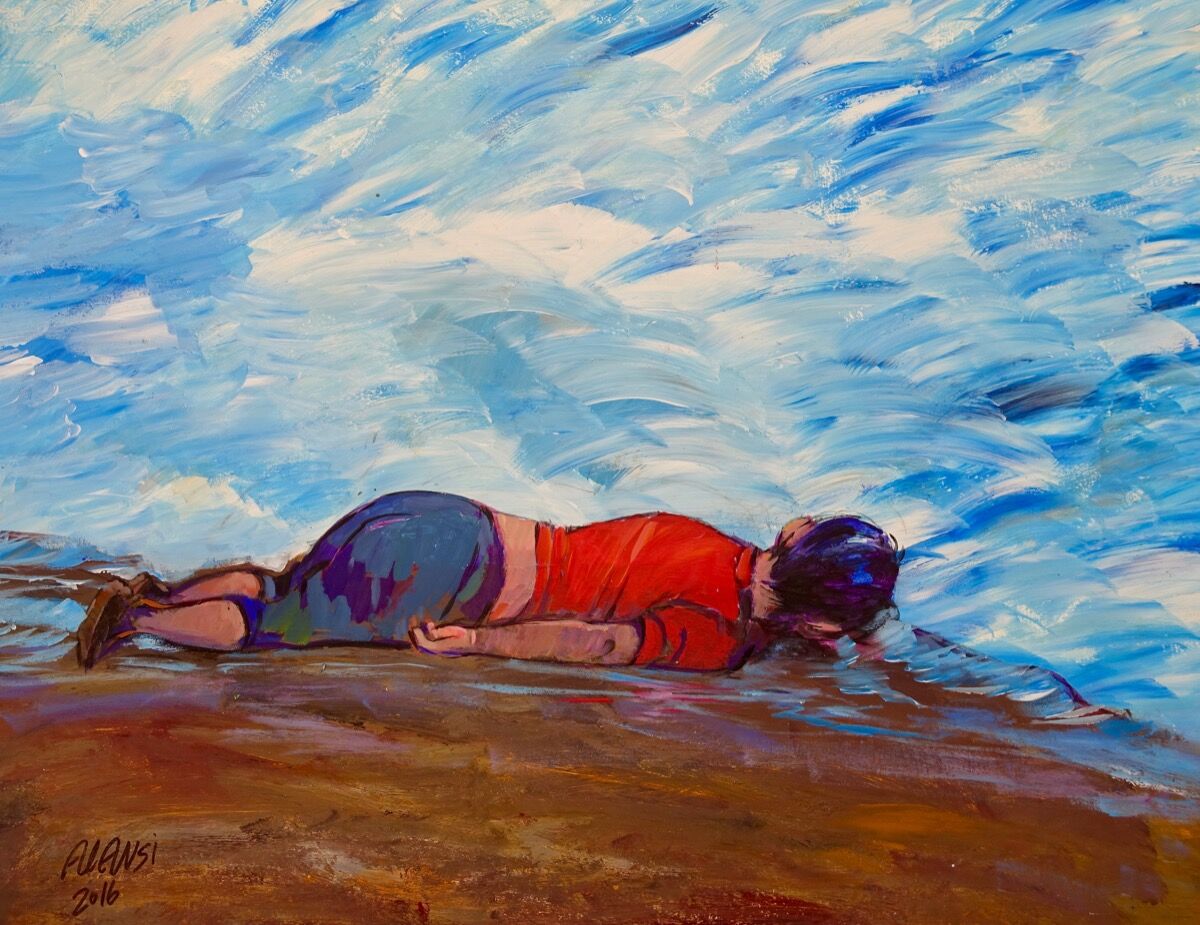 Advertisement
The works on view at John Jay display a range of artmaking, from a model ship built by Moath al-Alwi, to a drawing of the drowned child refugee Alan Kurdi by Muhammad Ansi, to a pigment-on-paper image of the Statue of Liberty by the same detainee.
Observers have noted that the military has long recognized that while some of these artworks can serve as a way to promote a more positive image of the prison, they can also convey damaging messages. “Depictions of suffering are more or less categorically banned from release,” one lawyer wrote in the exhibition catalogue. Aliya Hana Hussain, a liaison between lawyers and grassroots activists, described the display of (less incendiary) detainee artwork during media tours as a tool meant to give the impression that the prison was “a better, more humane place.”
Detainees interviewed for the exhibition detailed the importance of artmaking while being incarcerated. “I believe that art is a way to try and express the pain (physical and mental) that comes from having been tortured for over 14 years,” wrote Ammar al-Baluchi, who is still held at Guantanamo, in the catalogue. “Art work represented a form of expression during my prison time: expression of my feelings about the unclear future; things we were deprived of; things that I dreamed of,” wrote Djamel Ameziane, who was released in 2013.
Isaac Kaplan is an Associate Editor at Artsy.
Related Stories