Why Yvonne Rainer Gave Up Dance for Film 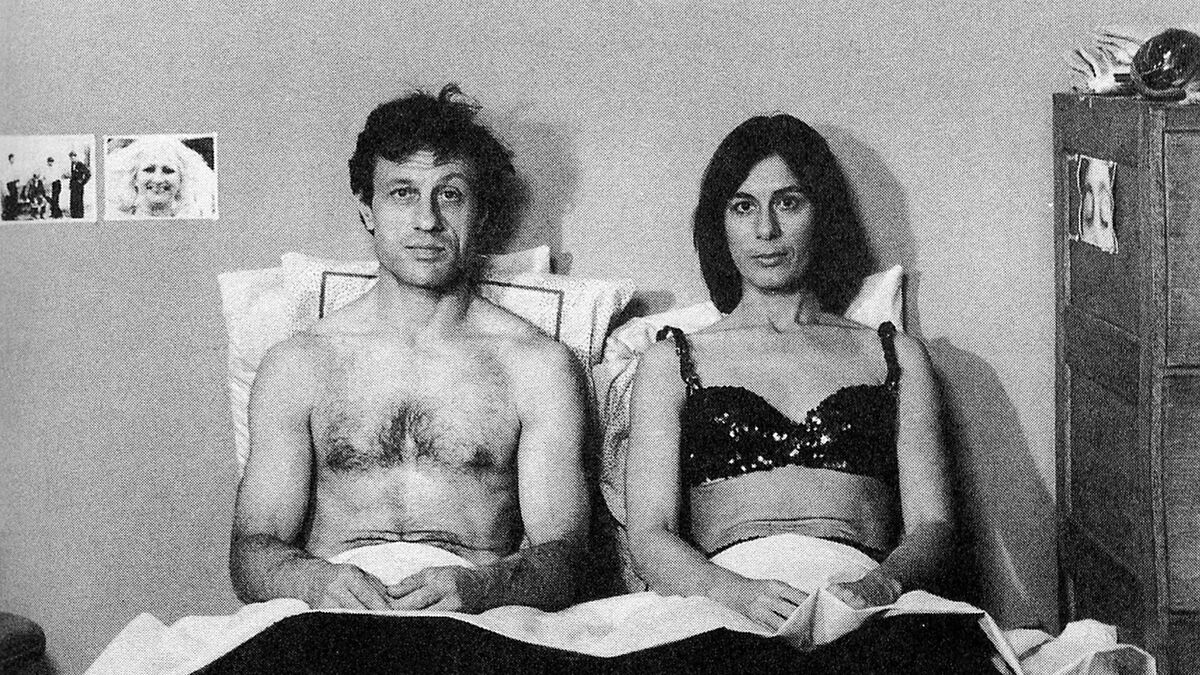 At the peak of her career,
Yvonne Rainer
was arguably the most important dancer in the world. Her controversial style, refined through a series of important performances in the 1960s, broke free of modern dance’s decorative mode in favor of an emphasis on ordinary movement. But around the early ’70s, she stopped choreographing, and started making movies. The reasons, she reflects today, were manifold.
Rainer had been working steadily in dance for over a decade at this point, first as a much-celebrated member of the Judson Dance Theater and later with her equally ambitious group Grand Union. A certain fatigue had set in. But more importantly, her body was breaking down. A series of surgeries in 1966 and 1967 made her consider other outlets.
And then there were the intellectual currents in the air, she explains to me in a recent conversation. Increasingly, as the 1960s came to a close, Rainer was reading feminist critics, and “felt the kind of dancing that I did was limited in terms of the specific social and political issues” it was able to address. 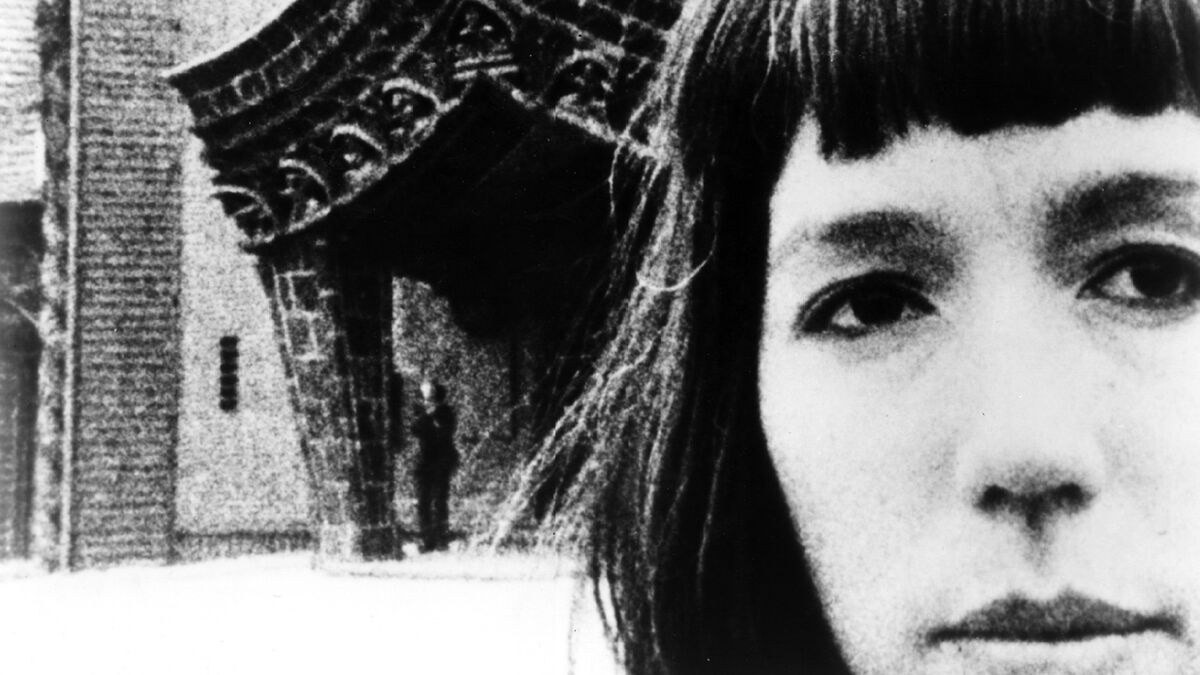 The rising local scene of experimental filmmakers in New York City offered a vision of how to move forward. “Film offered a much broader, wider spectrum of possibilities,” Rainer says of her choice to leave dance, a decision which would dominate the next two decades of her career. The results were seven feature films and a smattering of shorts—the subject of a recent, comprehensive retrospective at the Film Society of Lincoln Center.
Film wasn’t a completely new medium for Rainer by the early ’70s. While bedridden at the hospital following one of her surgeries, she made Hand Film (1966), a five-minute silent piece composed solely of finger gestures; she later projected the piece as a backdrop for certain dance performances. Following that experiment, she began to incorporate more moving images into her practice.
This coincided with a growing awareness of the exciting and innovative ways other artists were beginning to cross disciplines. “The art world and film world were smaller in the 1960s,” Rainer recalls. “You found yourself going to everything—gallery openings and experimental film screenings.” 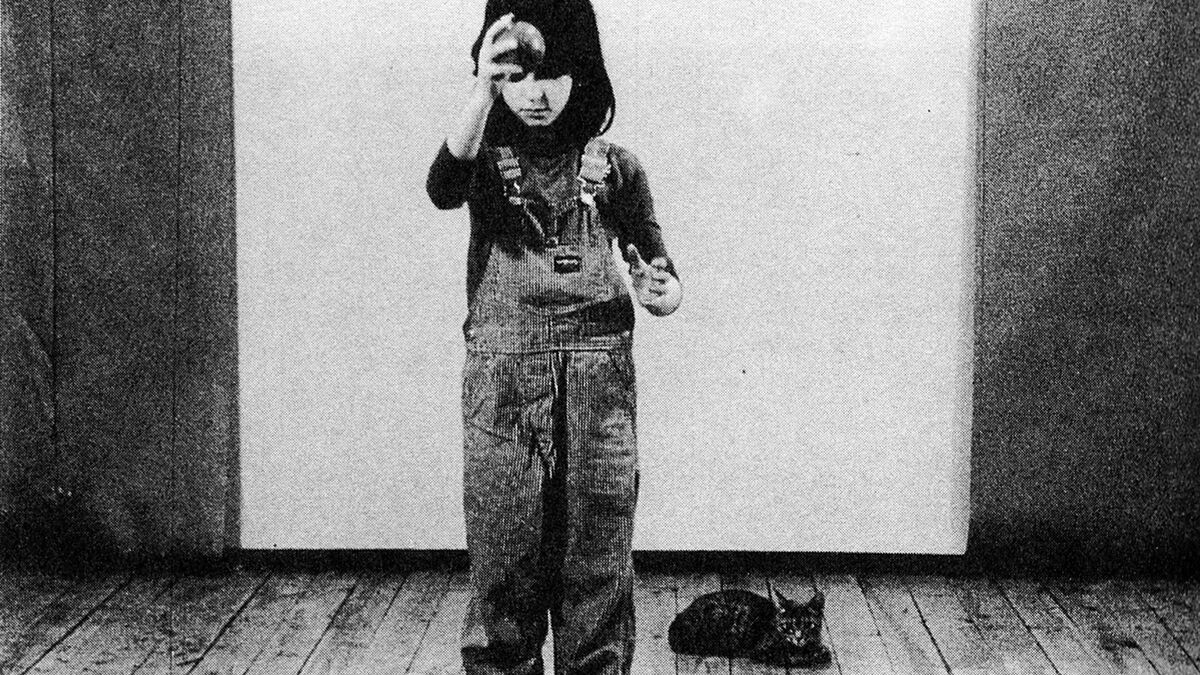 Advertisement
The New York scene was fluid; it was more than possible for the same artists to be involved in both fields. Rainer remembers being intrigued by the work of Hollis Frampton and
Joyce Wieland
during this time, two artists who came to film from photography and painting, respectively. At Judson, such porousness was the norm:
Carolee Schneemann
,
Robert Rauschenberg
, and
Robert Morris
were among the visual artists who participated in works with the dance company as choreographers, set and costume designers, and even as performers.
Rainer’s transition from dance to film is often described as a clean break. But as she is quick to point out, dance never really disappeared from her life. “In every film there is a reference to dance, a character that was a dancer or a choreographer,” she explains. Her first feature film, Lives of Performers (1972), was an extension of performances with Grand Union, and the characters were all played by members of the group. In later films, even when dance is less explicitly referenced, its influence is felt in the continual examination of performance through interviews and direct addresses to the camera.
But at the same time, as Rainer began to make more films, dance become less foregrounded. Instead, strains of autobiography and politics, often intertwined, began to surface. 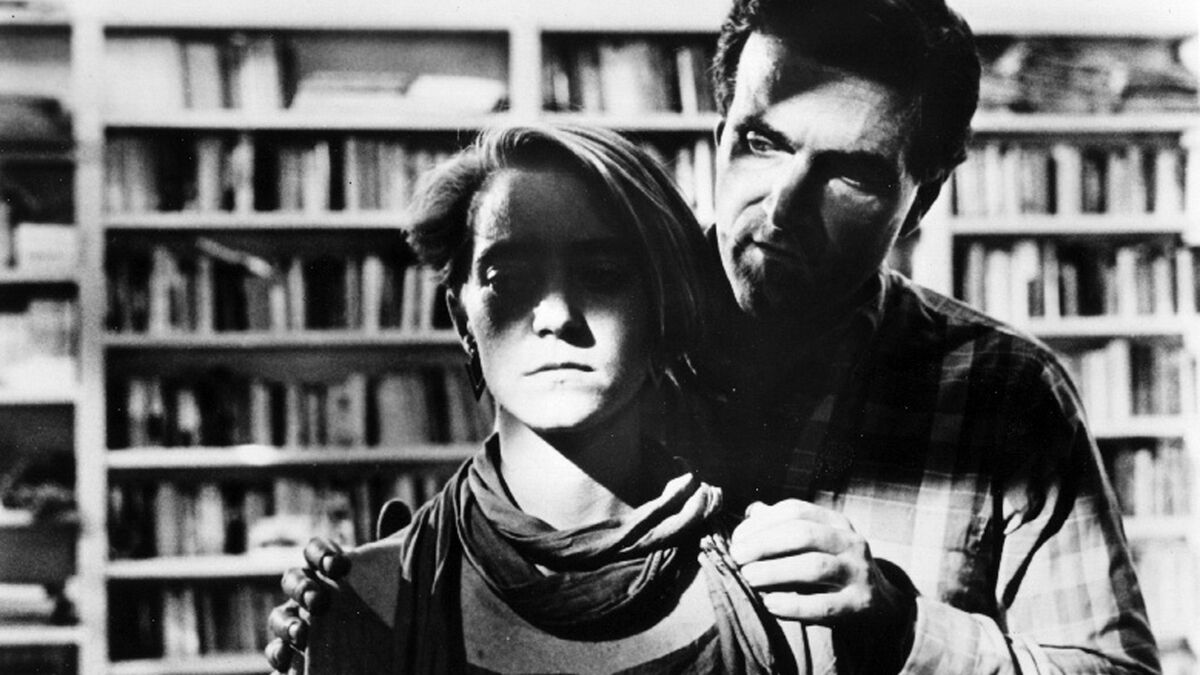 Still from Yvonne Rainer, The Man Who Envied Women, 1985. Courtesy of Film Society of Lincoln Center.

This can be seen most effectively in Rainer’s most ambitious film, Journeys from Berlin/1971 (1980). Its soundtrack includes a scripted conversation between critic Amy Taubin and artist
Vito Acconci
about the Baader-Meinhof Group. This dialogue loops around banal street scenes filmed in New York, London, and Berlin. The film climaxes with an emotionally exhausting sequence featuring the film theorist Annette Michelson in a psychoanalysis session. Rainer began developing the project during a year-long fellowship she spent in West Berlin from 1976-77, and admits today that it is one of her more challenging works, for reasons that go beyond the film’s grappling with political violence.
“In 1971 I tried to commit suicide, so that was personally a traumatic period in my life,” Rainer says, alluding to the year referenced in the film’s title. “There’s this suggested contrast between political violence and violence against oneself, although it’s obliquely dealt with.”
Rainer’s cinematic output became even more personal, although her productivity slowed down until she was making roughly one film every five years. She would tackle romantic relationships in The Man Who Envied Women (1985); menopause in Privilege (1990); and breast cancer and lesbian relationships in MURDER and murder (1996)—where she fearlessly bares her mastectomy scars while wearing a tuxedo. Yet Rainer cautions against reading a direct correlation between the films and her own life. “The autobiographical aspect is always fictionalized,” she insists, not wanting her work to be taken as purely confessional. 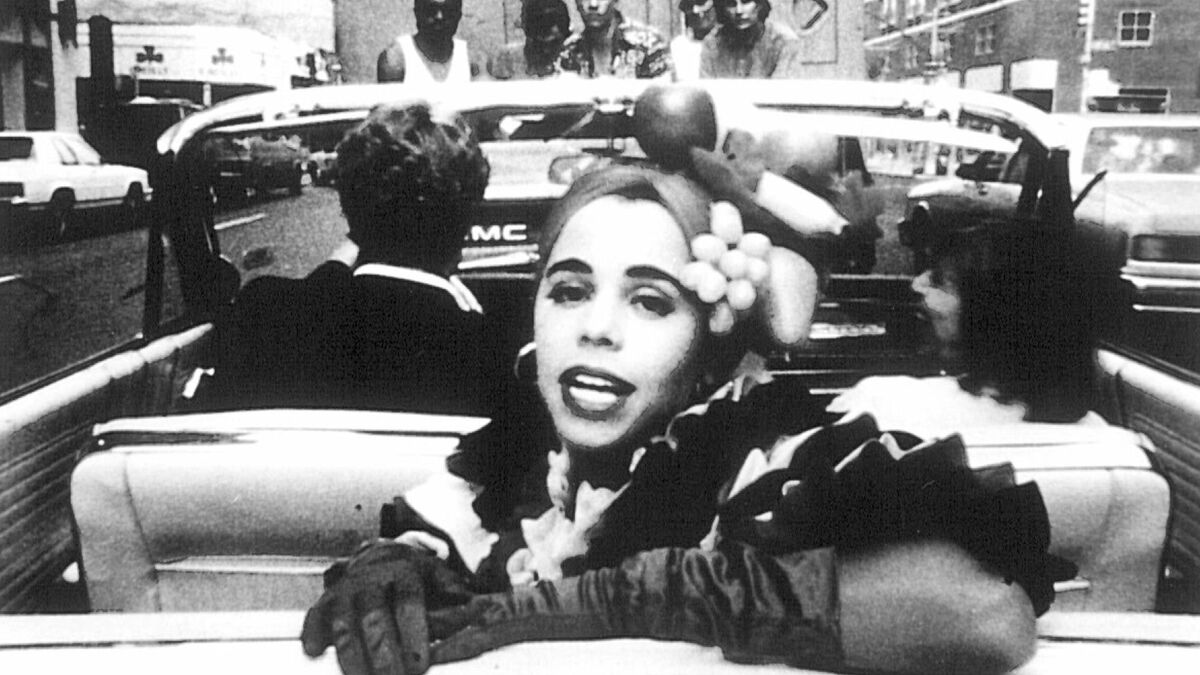 Unfortunately, we’ll likely never know in what other directions Rainer might have pushed her filmmaking vision. After the release of MURDER and murder she rather suddenly decided to stop making films—not by choice. Part of the problem was fundraising. “Each film doubled or tripled in cost,” she says. “They became more ambitious, but inflation was affecting the process.”
Back in 1972, Rainer was able to cover the entire production of Lives of Performers, including wages for the entire crew, with a $10,000 Guggenheim grant. By the time she made MURDER and murder, the film cost around $300,000, a paltry sum by today’s mainstream standards, but still daunting for a non-narrative work. “I knew that unless I crossed over into more conventional filmmaking I would never get that kind of money again,” she adds.
But there were other reasons as well. Rainer, with the benefit of hindsight, admits that she never really enjoyed the filmmaking process. “It was ghastly,” she says with a laugh. “There was a lot of waiting around. I loved editing and I loved the scriptwriting. But production itself, and post-production with the laboratories, was always a necessary nightmare for me.” 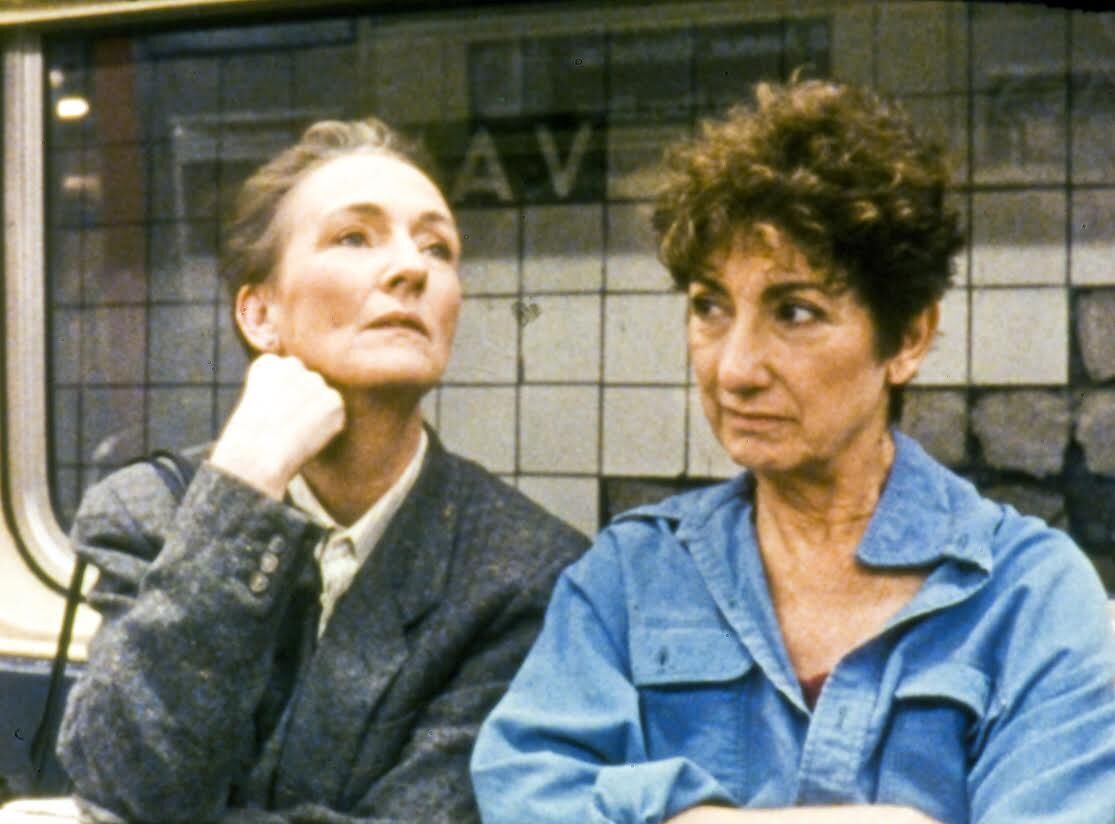 After spending some time writing poetry, Rainer received a surprising invitation in 2000 from Mikhail Baryshnikov, who asked her to choreograph a dance for his company. Although she hadn’t really worked in dance in over two decades, she decided to take him up on his offer. “It was a big relief,” she says. “I felt like I was coming home.”With the exception of a little-known 31-minute video Rainer made in 2002, she has completely left film behind. She is still writing, still choreographing—joining with former Judson colleagues
Simone Forti
and Steve Paxton—and seems to have put some distance between herself and film career. When asked what she thinks about the films today, she relates an anecdote the critic and filmmaker Peter Wollen once told her. “They usually let you make five,” he told her. “And whoever ‘they’ are, they let you make seven!”
Craig Hubert
Related Stories