Modernist Architects Believed Their Designs Would Make You Healthier 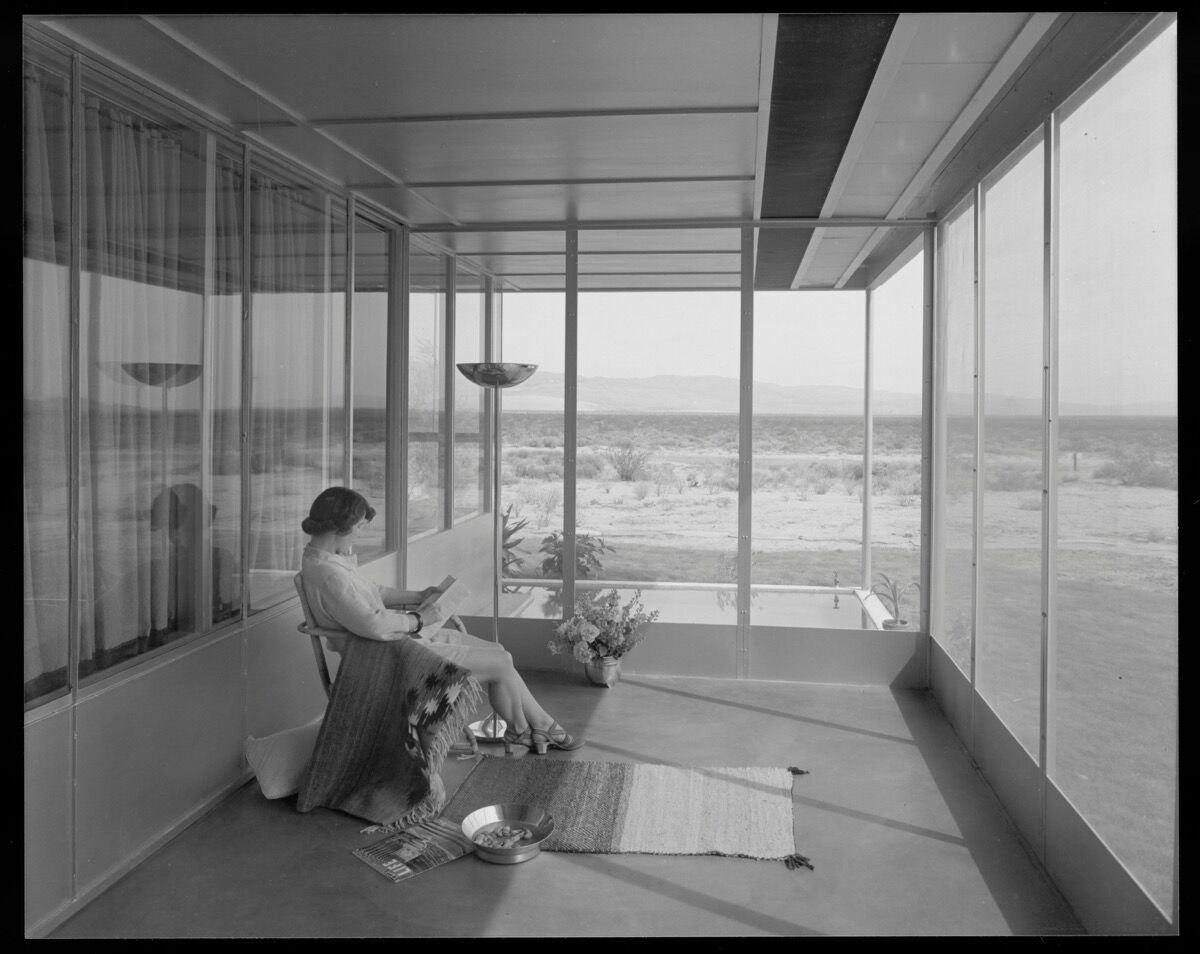 In December 1929, thousands of Angelenos flocked to a newly built home that purported to boost the health of its owners. Tucked away at the end of a cul-de-sac in the Hollywood Hills, Dr. Phillip Lovell’s “Health House,” as it came to be known, was the architectural manifestation of his weekly column in the Los Angeles Times, “Care of the Body.” Through his writings, Lovell—a proponent of drugless, natural cures—proclaimed the health benefits of everything from vegetarian diets to sun baths, and extolled the tenets of what we call “wellness” today. In his column, Lovell personally invited readers to see for themselves the home that architect
Richard Neutra
designed for his family. “For years I have periodically written articles telling you how to build your home so that you can derive from it the maximum degree of health,” he wrote in the newspaper. “Always at the end of each article was the thought, ‘If I ever build a home myself’—At last the day has arrived.” 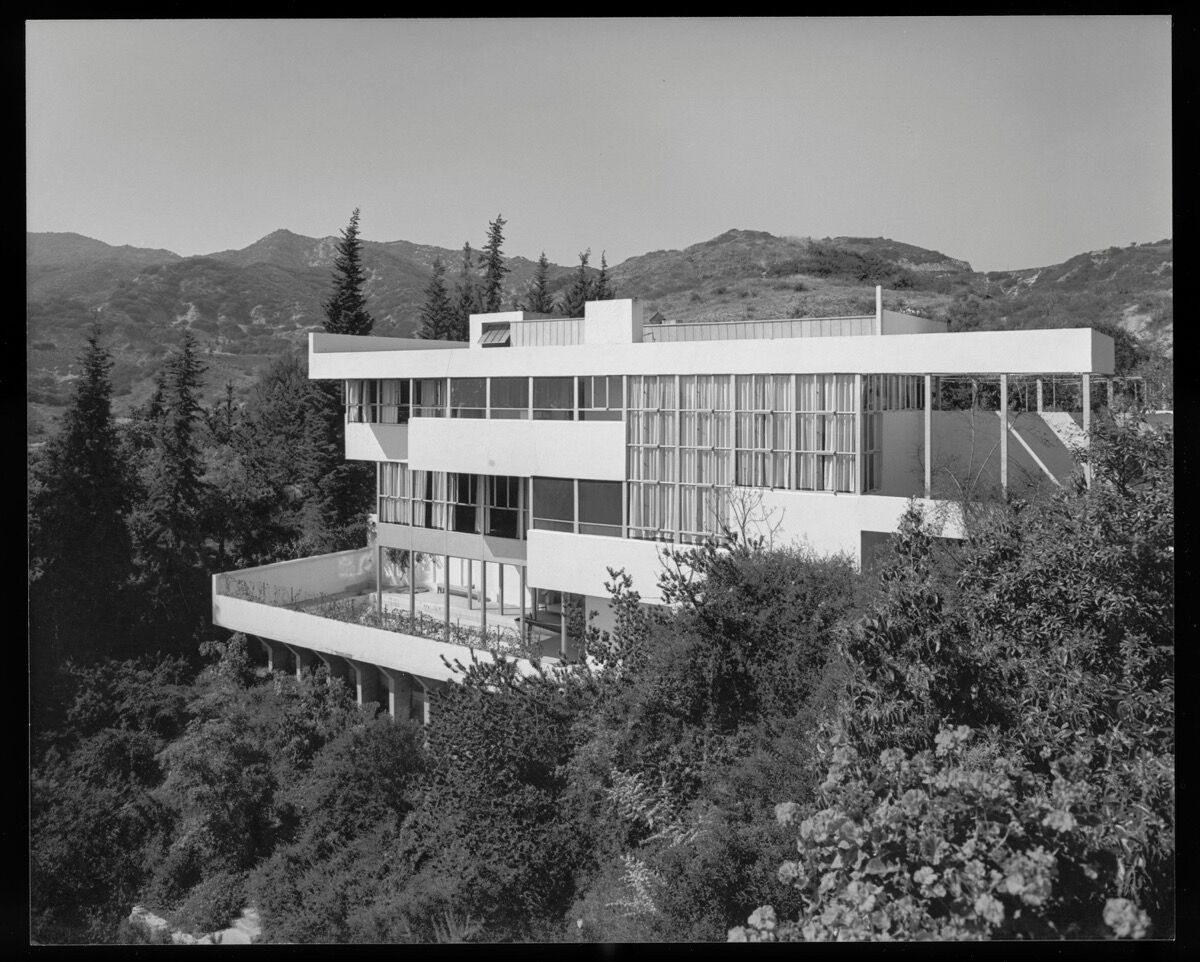 The Health House was unlike any home the visitors had ever seen. They were greeted with a boxy steel-frame structure composed of overlapping planes, with wide swaths of windows that bathed the multi-level abode in sunlight. Sleeping porches and an outdoor dining area broke down the distinction between indoor and outdoor spaces. On the surrounding hillside, an orchard supplied produce for the Lovell family’s vegetarian diet; inside, the home was equipped with the latest in modern appliances and amenities. Neutra had spent a year collecting information from the Lovells about their way of living, and designed a home that addressed their every need—health above all. 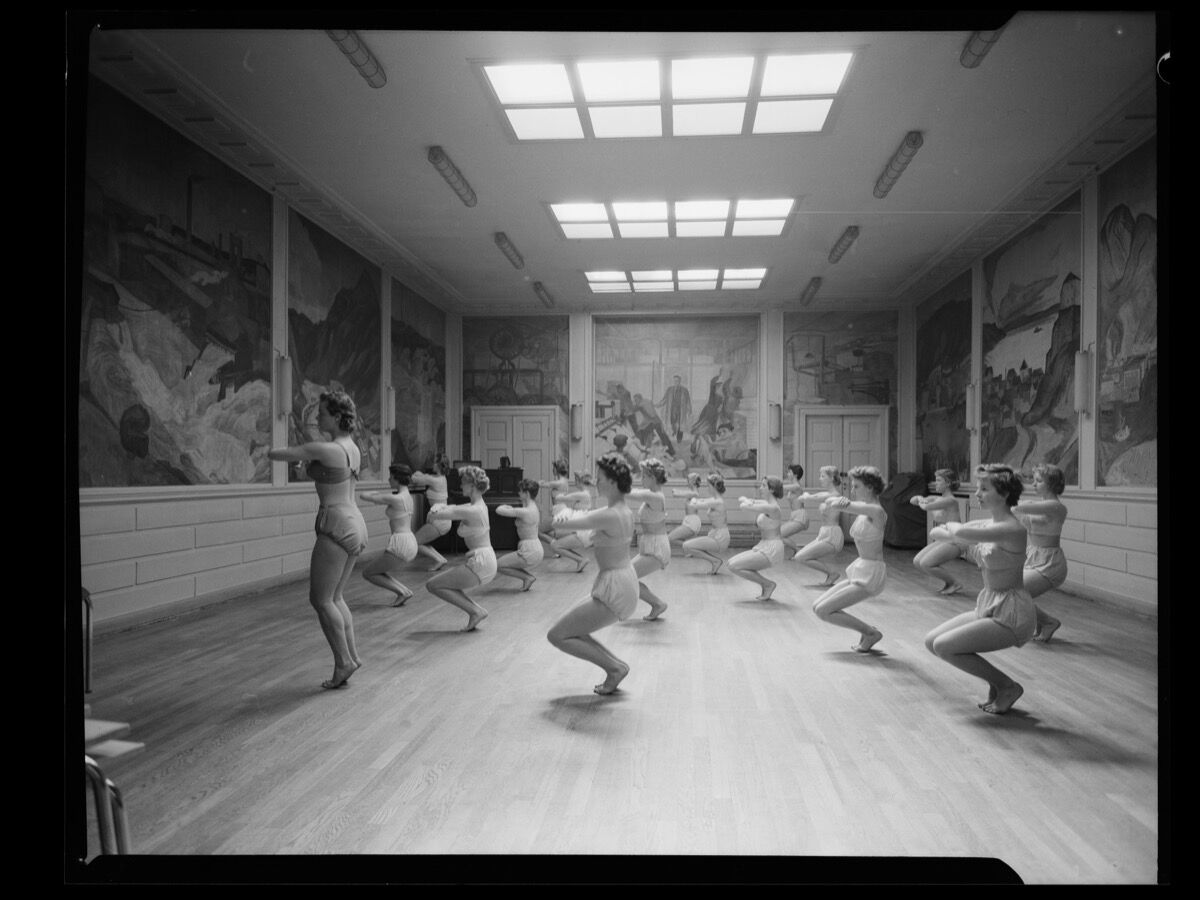 Pupils exercising at the Mensendieck School in Oslo, Norway, in the 1950s. Courtesy of the National Library of Norway.

Advertisement
Lovell’s vision of a healthful California lifestyle was not entirely novel in his day. As author Lyra Kilston describes in her recent book Sun Seekers: The Cure of California (2019), for decades, health-seekers made their way to the Golden State in great numbers, hoping to reap the benefits of its warm, dry climate; ample sunshine; and unspoiled natural beauty. Communities of vegetarians, nudists, and proto-hippie naturalists settled throughout the valleys and canyons in and around Los Angeles; all the while, California’s reputation for healthy living also attracted those rehabilitating from one of the most widespread diseases of the day: tuberculosis.
To those living in urban areas in Europe and the eastern United States in the late 19th century, tuberculosis loomed large. As populations grew exponentially in cities like London, New York, and Boston, overcrowding and insufficient sanitation led to widespread cases of the disease, which killed up to 80 percent of those infected, according to some estimates. The urban poor were infected at especially high rates, and, though social prejudices led to the belief that the illness was the result of genetic deficiencies, inadequate living and working conditions were truly to blame. As an airborne contagion, tuberculosis found optimum conditions to spread in the cramped, dim tenement buildings where many city-dwellers lived, as well as the poorly ventilated factories where they worked. 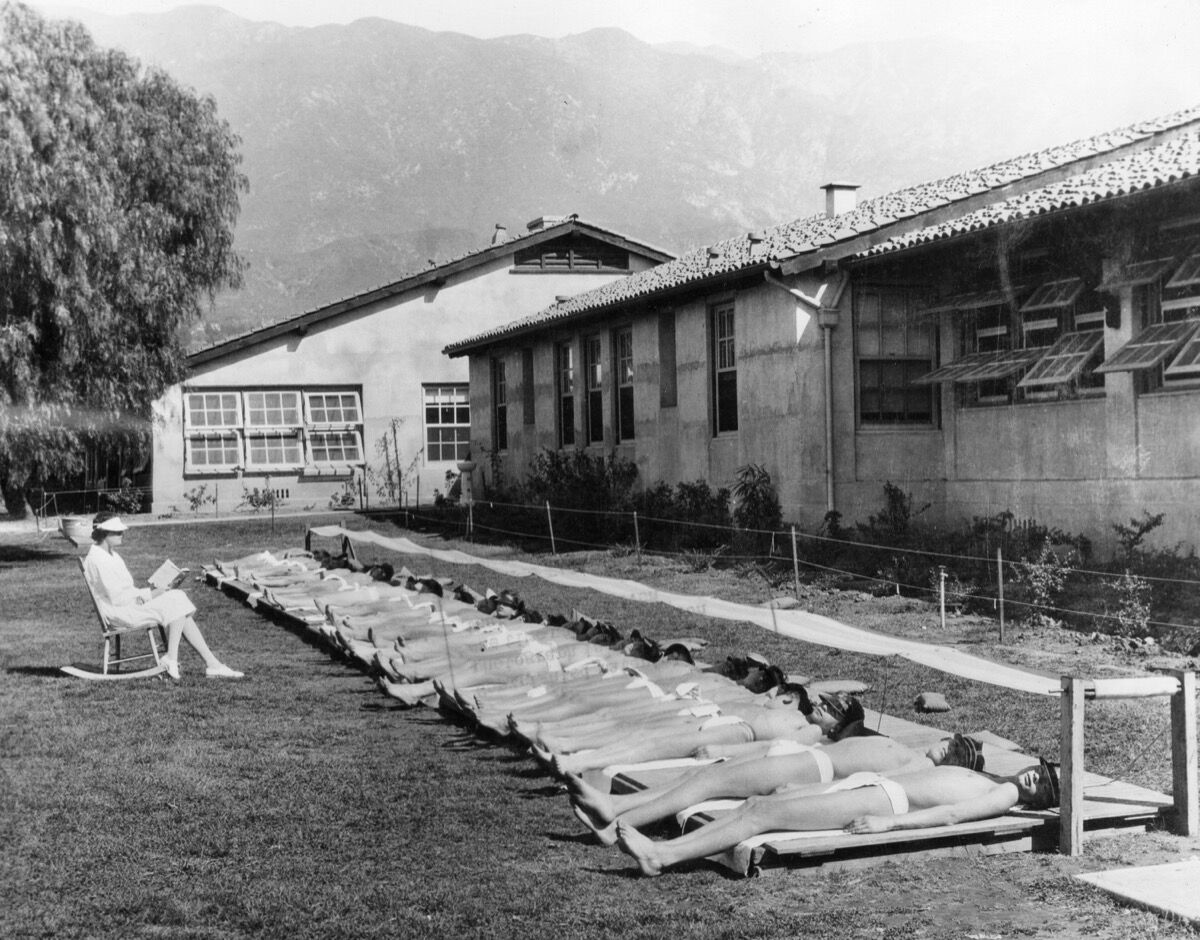 Boys sunbathing ca. 1928 at an open-air preventorium, a school for pre-tubercular boys that opened in 1922 in Pasadena. Courtesy of the Security Pacific National Bank Collection, Los Angeles Public Library.

Until a pharmaceutical cure for tuberculosis was developed in the 1950s, architectural design was employed to foster patients’ well-being. Old layouts reproduced the same conditions that facilitated disease, so true healing called for a new style—one that addressed the needs of the sick directly. By the turn of the 20th century, it was common for those suffering from tuberculosis to receive treatment at a sanatorium. Part hotel, part hospital, a typical sanatorium was located in a pastoral setting away from the claustrophobia of cities, and outfitted with design elements to promote hygiene and wellness. Patients were prescribed a regimen of fresh air, sunshine, gentle exercise, and nutrition. South-facing windows, porches, and balconies at sanatoria enhanced sun exposure, while interiors featured linoleum flooring that could easily be cleaned. Patients often spent prolonged periods reclining in specially designed chairs in the open air, even in freezing temperatures. 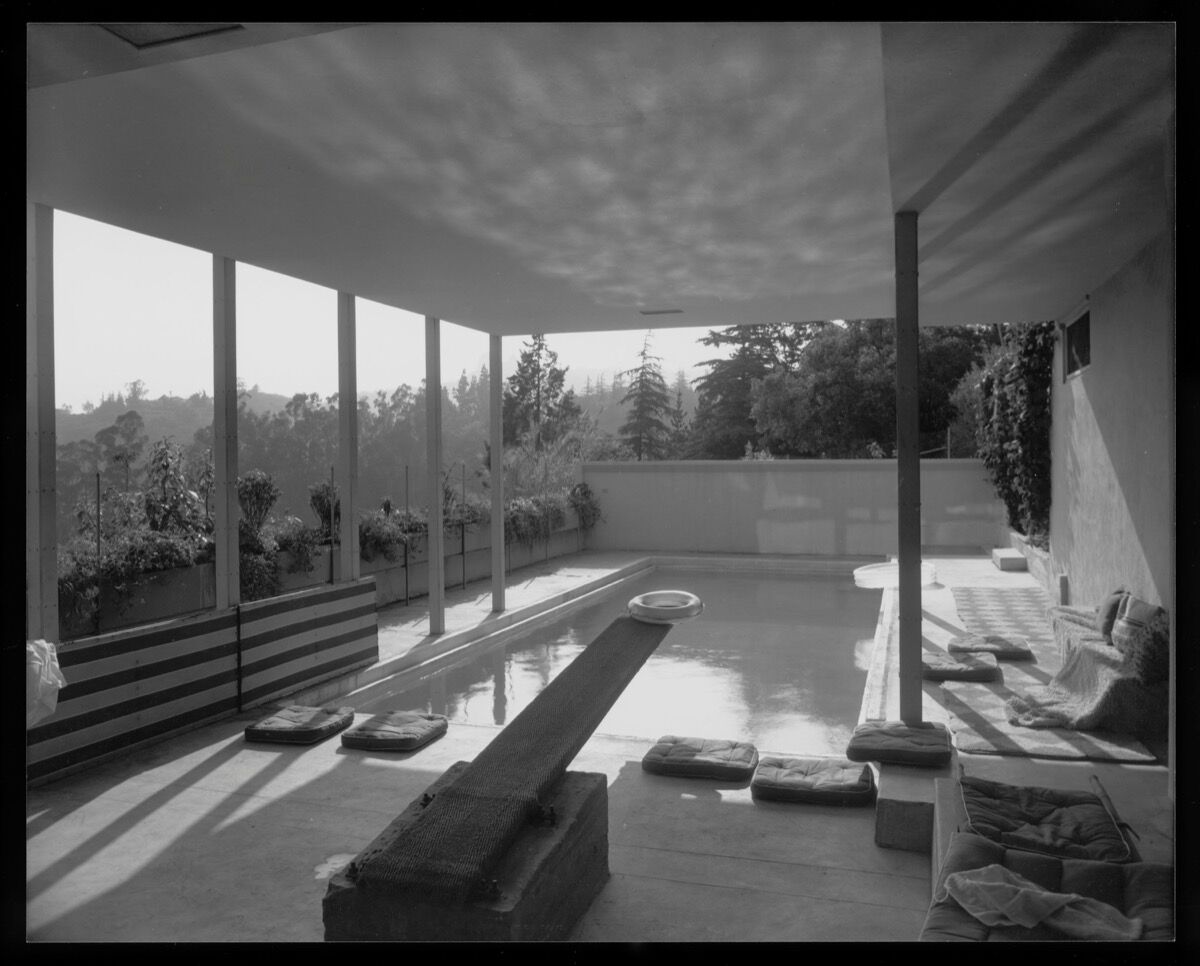 The same year Neutra completed the Lovell Health House, Finnish architect
Alvar Aalto
won the competition to design the Paimio Sanatorium, located in southwestern Finland, about 30 miles outside Helsinki. Opened in 1933, Paimio treated tuberculosis patients well into the 1960s, when it was converted to a general hospital, and later a rehabilitation center for children. All aspects of Aalto’s functionalist design were conceived with healing in mind. “The main purpose of the building is to function as a medical instrument,” Aalto has stated. Paimio’s continuous roof terrace allowed for hundreds of patients to pass the time in the open air over the course of a day, while south-southwest-oriented windows stretched from floor to ceiling in each of the 145 patient rooms, filling them with sunlight and views of the surrounding pine forest. 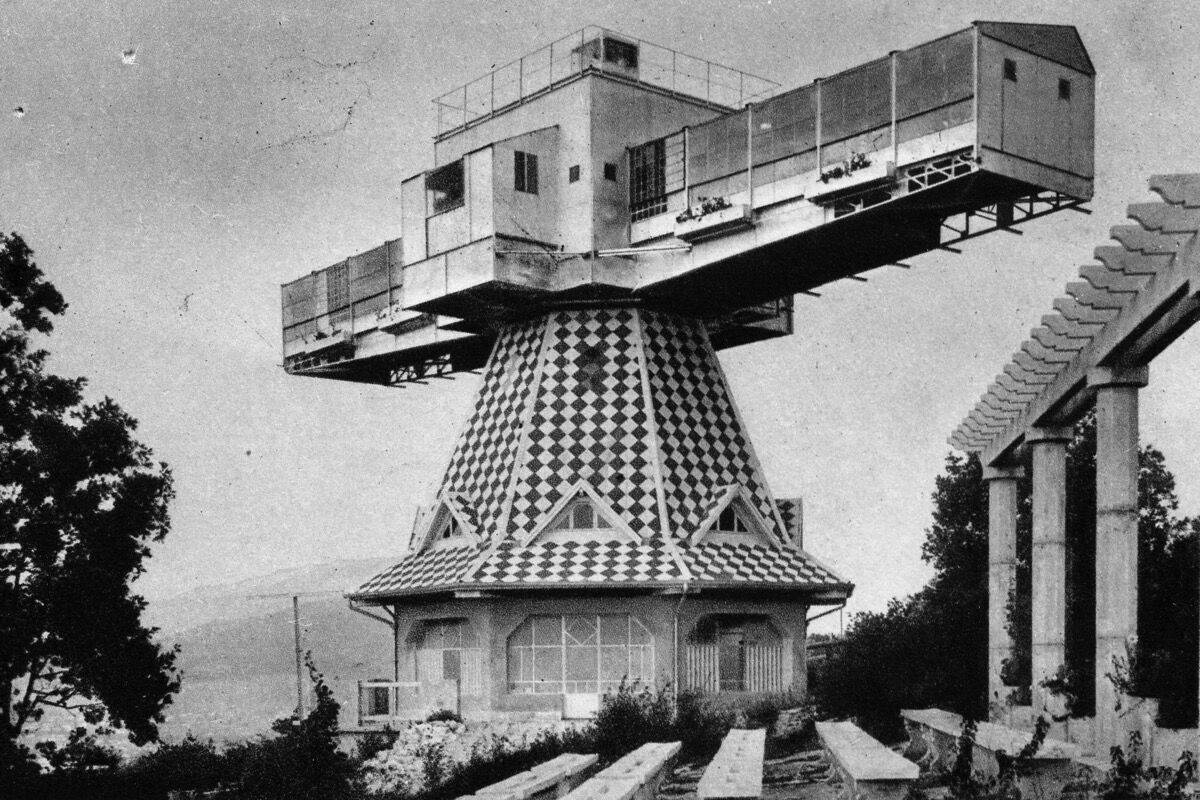 While spaces for healing were often designed to complement medical treatment, by the 1920s, architects like Neutra and, in particular,
Le Corbusier
increasingly conceptualized the home as “a machine for living in” that could impact the well-being of their inhabitants through their carefully planned design. Advances in building technology—like the steel skeleton of the Lovell Health House—and industrial mass-production of materials freed architects from the structural constraints that for centuries had determined a building’s form. This new freedom allowed them to address the building’s function above all. Le Corbusier’s Villa Savoye, completed in 1931, reflects the architect’s five-point theory of architecture, which served as a blueprint for modern homes. Its free-form interior walls, façade, and narrow, ribbon windows were all enabled by pilotis—load-bearing columns that elevated the building above the ground. And like the backyard and orchards of the Lovell Health House, Villa Savoye’s roof garden provided a necessary retreat from the hustle and bustle of modern living.
Today, when we describe a building as having “clean lines,” it’s hard to imagine that this phrase has its origins in the tuberculosis epidemic. Though modern architects eschewed style and ornament in the name of rationality, the minimal non-style they created became one of the most iconic architectural styles of all:
International Style
.
Nora Landes
Related Stories