MoMA Show Unearths Female Abstractionists That Have Languished in Storage 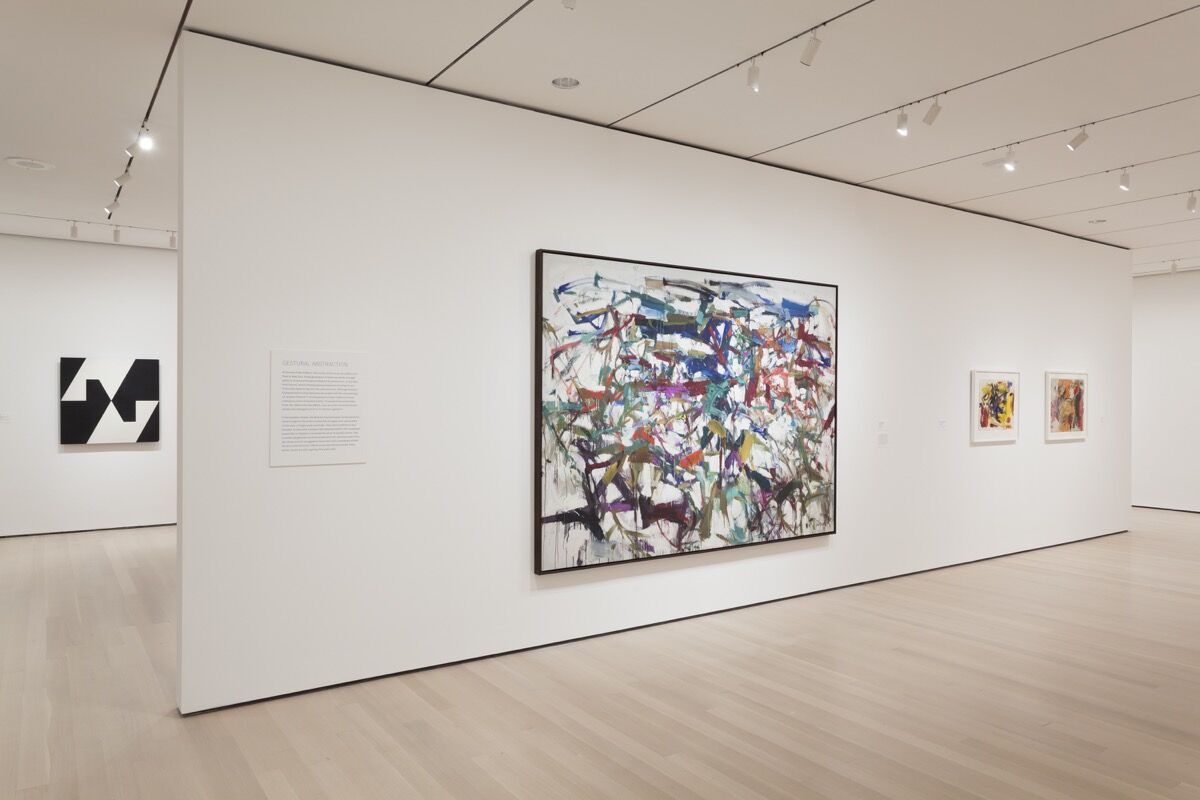 Museum of Modern Art curators Sarah Meister and Starr Figura weren’t explicitly tasked with curating a show of women artists. Their charge was simply to highlight some aspect of the museum’s mid-century collection, which was being moved out of its regular fourth-floor galleries to accommodate an upcoming
Robert Rauschenberg
retrospective.
But as the pair pored over what Meister described as “every single artwork” between the years of 1940 and 1980, “what struck us both was how many really amazing works there were by women artists and that many of them were acquired within the last 15 years or so and had not been on view,” she said.
“We thought this would be something exciting to spotlight and to see what those works might tell us in terms of some kind of narrative.”
The result is “Making Space: Women Artists and Postwar Abstraction,” which opened April 15th and traces the output of women artists working in an abstract mode between 1945 and the late 1960s. The exhibition makes a powerful argument that the growing number of works by women in the institution’s collection should not languish in storage, but rather be hung alongside those of the male artists who dominate the museum’s permanent collection galleries. 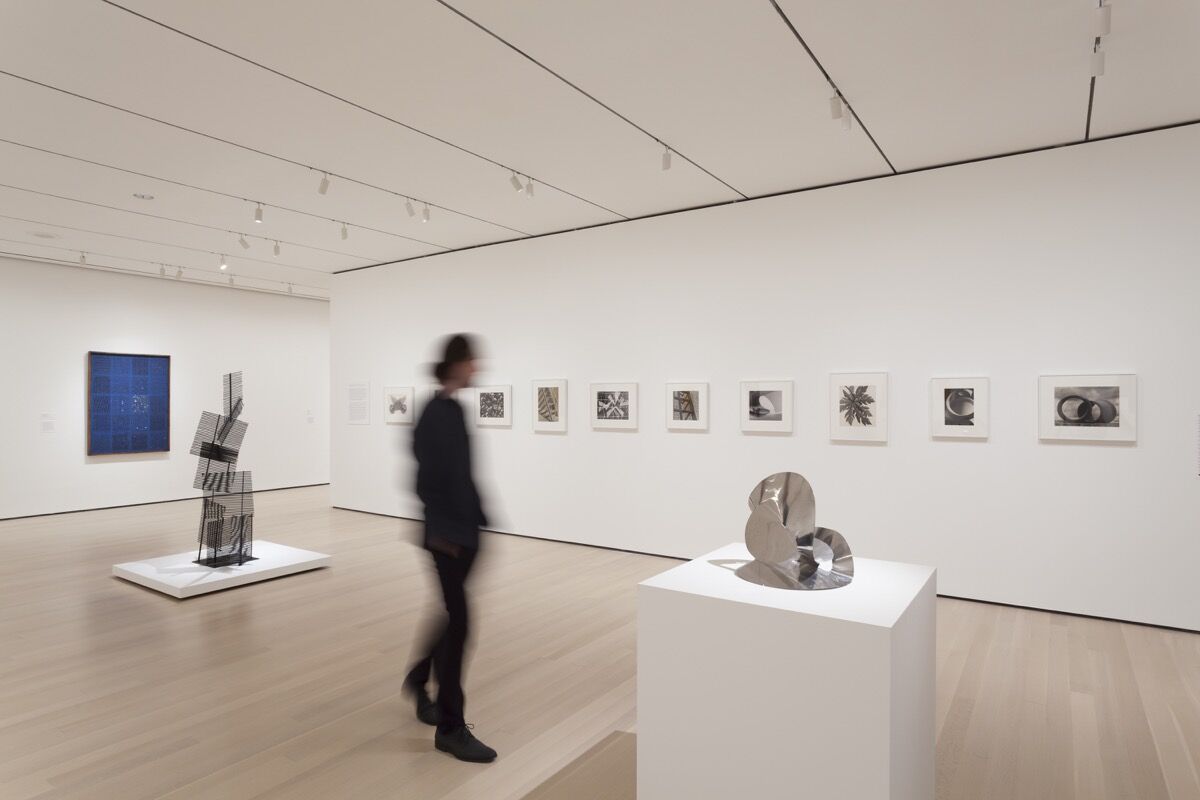 MoMA has long been criticized for the collection’s stark gender imbalance. In a 2015 report exploring sexism in the art world, ARTnews reported that just seven percent of the 410 works on view in the museum’s fourth- and fifth-floor galleries were by women. And that paltry total still represented a three percent increase from 2004, when the institution inaugurated its new, Yoshio Taniguchi-designed home with a rehang of its permanent collection.
Since 2005, with the entrance of philanthropist Sarah Peter, there has been a concerted effort to start addressing these issues. That year, Peter launched the Modern Women’s Fund at MoMA, an initiative operating out of the museum that targets work by women artists for acquisition and supports major solo exhibitions by women.
In 2010, with support from the fund, the museum published Modern Women: Women Artists at The Museum of Modern Art. The book, which documents the history of women at MoMA, alerted readers to the fact that only 102 of the 2,052 exhibitions held at MoMA since 1929 focused specifically on women artists—95 solo shows and seven group shows.
Of course, adding women to the collection is a necessary first step in rewriting the narrative of modern art. But once women artists have ample representation in MoMA’s storehouses in Queens, the next step is to display them.

Advertisement
And many of the works included in “Making Space” were actually acquired right after they were made, in the mid-20th century. Eleanore Mikus’s Tablet Number 84, for instance, was created in 1964 and added to the museum’s collection the following year. But since then it has remained in storage, shown just once in a recent aquisitions show in the ’60s. When Figura and Meister came across the work, they said it was almost impossible to see it behind the scratched Plexiglas covering its surface.
As this exhibition shows, Mikus’s work and the others on view deserve overdue recognition alongside their male peers.
The show kicks off with a roomful of
Abstract Expressionists
, many of whom were the wives of better-publicized male painters (see
Lee Krasner
and
Jackson Pollock
,
Elaine
and
Willem de Kooning
, and
Dorothy Dehner
and
David Smith
). Some of the most impactful works are the ones that sidestep the machismo and grandeur of AbEx altogether—
Anne Ryan
’s series of petite collages, for example, or a rainbow-hued work by
Alma Thomas
, stapled together in some places and affixed with masking tape in others.

13 Images
View Slideshow
Amid the tumultuous years of the 1960s and ’70s, cultural shifts began to offer women more independence—and, in turn, the later work on view in the exhibition becomes more subversive and more gripping. American artist
Ruth Asawa
’s woven wire sculptures, for example, challenged the very definition of the medium. The works are hung from the ceiling rather than freestanding, and critics initially wondered if they could even be classified as sculpture.
“Making Space” also seamlessly incorporates several design objects, allowing museum-goers to observe the transition from pioneering textile artists of the ’50s (including Vera
Neumann
and
Anni Albers
) to works like
Magdalena Abakanowicz
’s Yellow Abakan (1967–68), a monumental textile work woven from rough sisal and hanging from the ceiling in smooth, enveloping folds.
And the show’s final room explores the development of what art historian Lucy Lippard termed “Eccentric Abstraction” in 1966. Self-taught Italian artist
Carol Rama
’s brooding piece Spurting Out (Schizzano via) (1967) stares out with a cluster of doll eyes, while
Alina Szapocznikow
proffers a grouping of five polyurethane cushions shaped like human bellies—works that begin to shed the formalist tendencies of earlier post-war abstraction and instead engage in subtle feminist critiques. 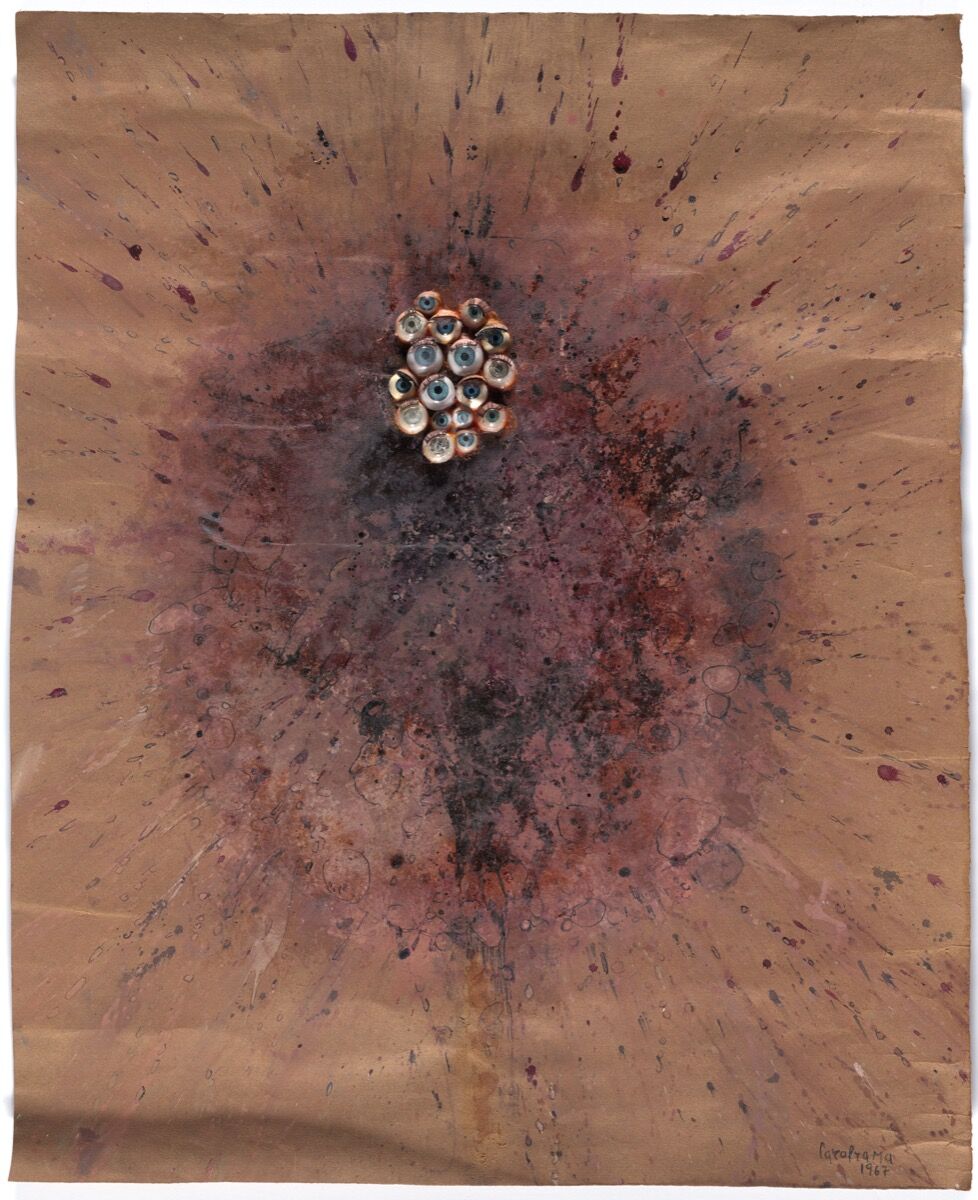 Carol Rama, Spurting out (Schizzano via), 1967. Courtesy of the Museum of Modern Art. 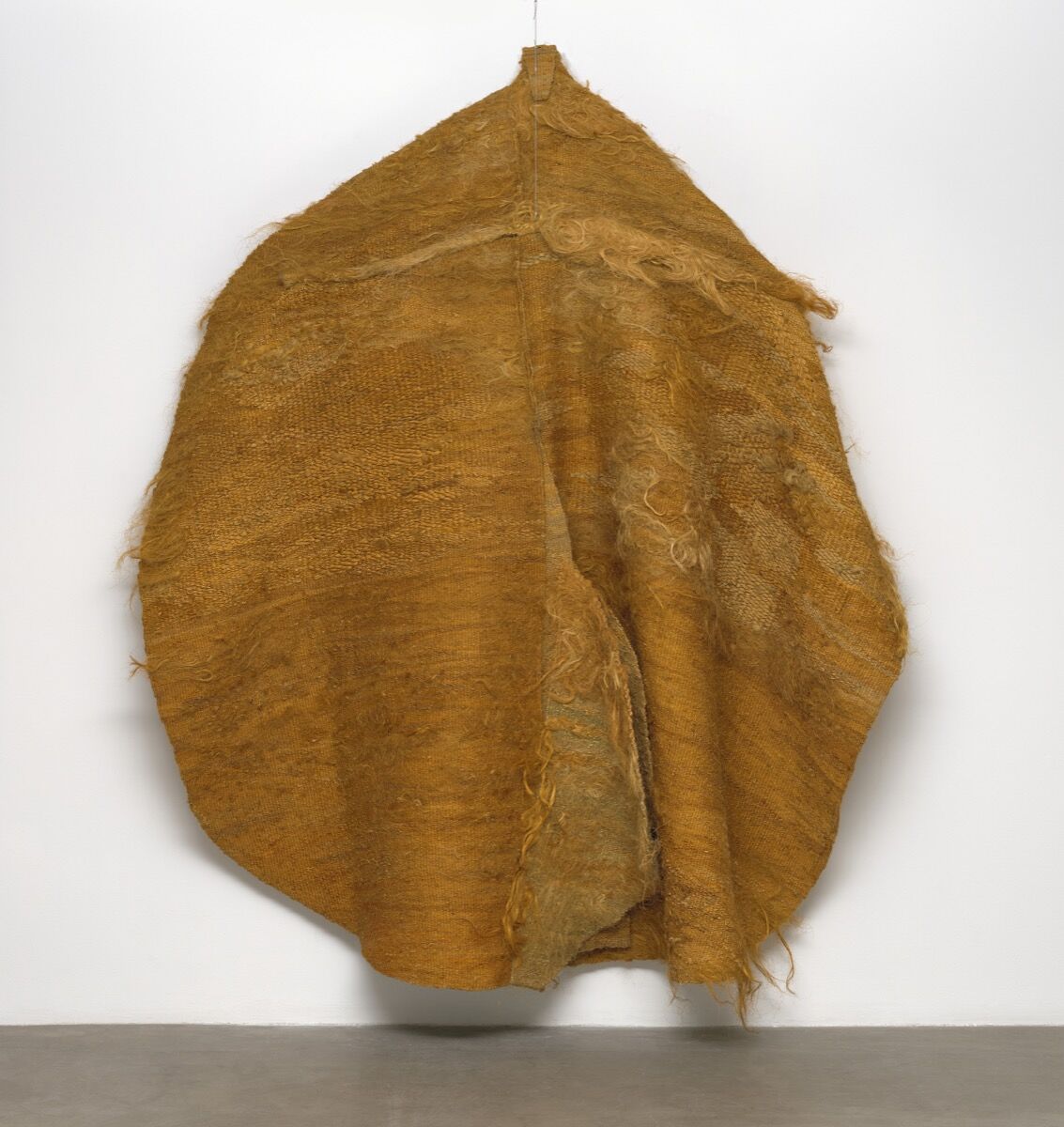 As Meister noted, there are certain artists in each room whose names are recognized around the world:
Joan Mitchell
, Lee Krasner,
Agnes Martin
, Anni Albers,
Louise Bourgeois
,
Eva Hesse
.
“These names are markers around which narratives of art after the Second World War are told,” Meister noted. “So what was interesting to us was to say, ‘Okay, well, how do you expand these narratives around these women? How do you include not just the names that you might know best, but introduce other names from the collection?’”
Developing a picture of the breadth of female practices across the 20th century—rather than championing individual artists as token females—is another step closer to gender equality.
“This show is not a beginning, it’s not an end,” Figura said. “It’s one event in an ongoing process of looking at women artists and amplifying the way that they’re represented here at MoMA.”
The New York institution is set to complete its latest expansion project by 2019 or 2020, increasing its gallery space by 30 percent. It’s a prime opportunity to change the story of modern art, one that’s been heavily biased toward men for decades. Let’s hope MoMA opts for a rewrite.
Abigail Cain
Related Stories