On His MTV Show, Andy Warhol Broke All the Rules 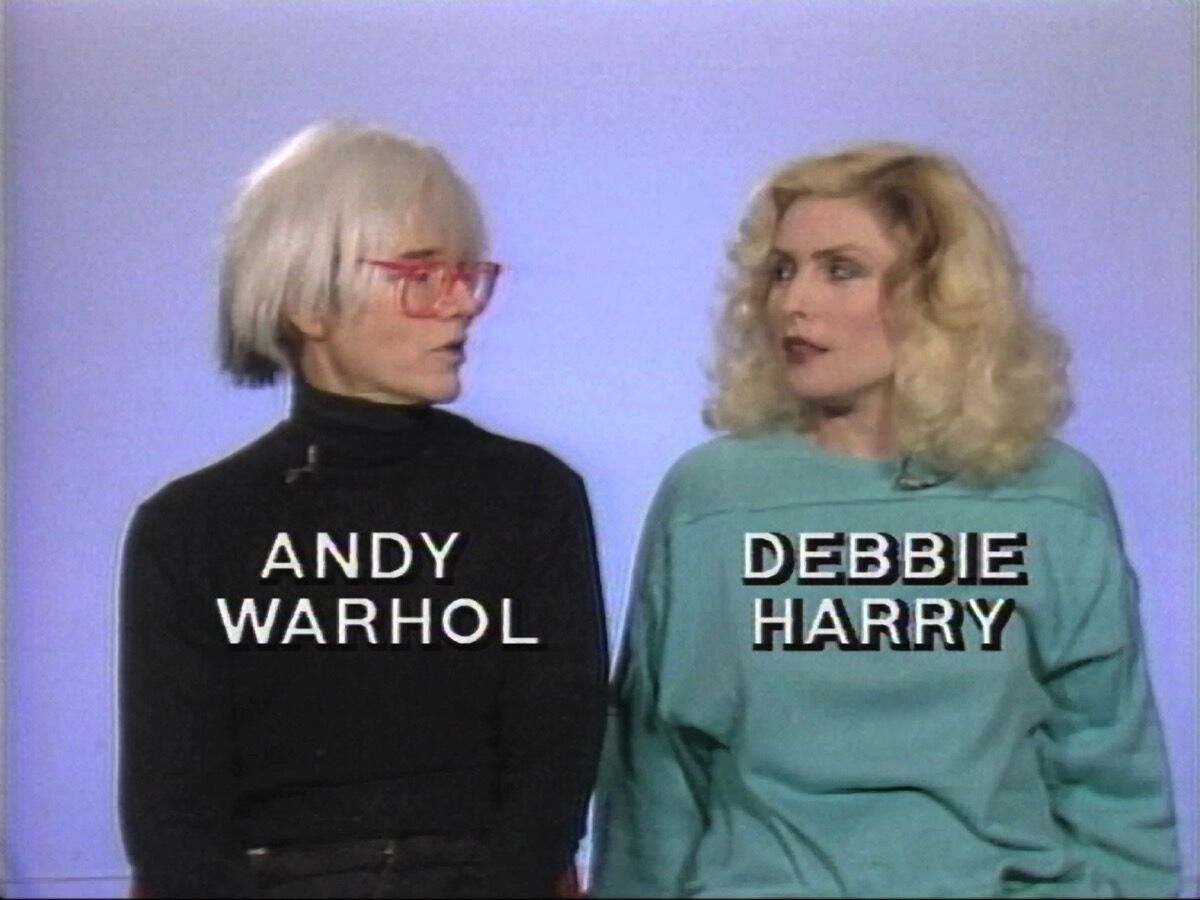 T.V. was among
Pop Art
pioneer
Andy Warhol
’s many obsessions, which included opera, beautiful people, and sugar (he routinely ate jam sandwiches for dinner and occasionally made “cake” by stuffing chocolate bars between slices of white bread). His diaries recount many nights in, glued to the television. On Friday, January 9, 1987, for instance, he “fell asleep with MTV on and had rock-video nightmares.”
But Warhol wasn’t content simply watching the glowing screen. He wanted to participate. And he would—thanks to MTV, which gave him a cable show in the mid-1980s called Andy Warhol’s Fifteen Minutes. It was a rowdy, effusively creative mix—a place where Grace Jones,
Keith Haring
,
Kenny Scharf
, Marc Jacobs, and William S. Burroughs might come together in a single episode.
“Warhol was involved with the moving image from the time he picked up the camera, in 1963, until the end of his life in 1987,” explains Geralyn Huxley, curator of film and video at the Andy Warhol Museum in the artist’s hometown of Pittsburgh, Pennsylvania. “A lot of people don’t realize it, but his work in television was a big part of that.”
Warhol made his first films in 1963 and his first videos in 1965, after Tape Recording magazine lent him a Norelco camera—part of a promo campaign for the company’s newfangled portable video equipment. He dubbed some of his earliest experiments with the machine “Factory Diaries”: short, casual pieces documenting the rambunctious crowd who frequented his New York studio. Those videos debuted at a party in an unused train tunnel below the Waldorf Astoria Hotel in 1965; he continued to make them through the ’70s.
But by the end of the decade, Warhol was ready to broaden his video audience beyond subterranean clubs—and he saw T.V. as his soapbox. In 1979, his first show, Fashion, launched on Manhattan Cable TV. Across 10 30-minute-long episodes, Warhol turned his camera on the fashion world’s rising stars, who waxed poetic on topics ranging from makeup to male models. 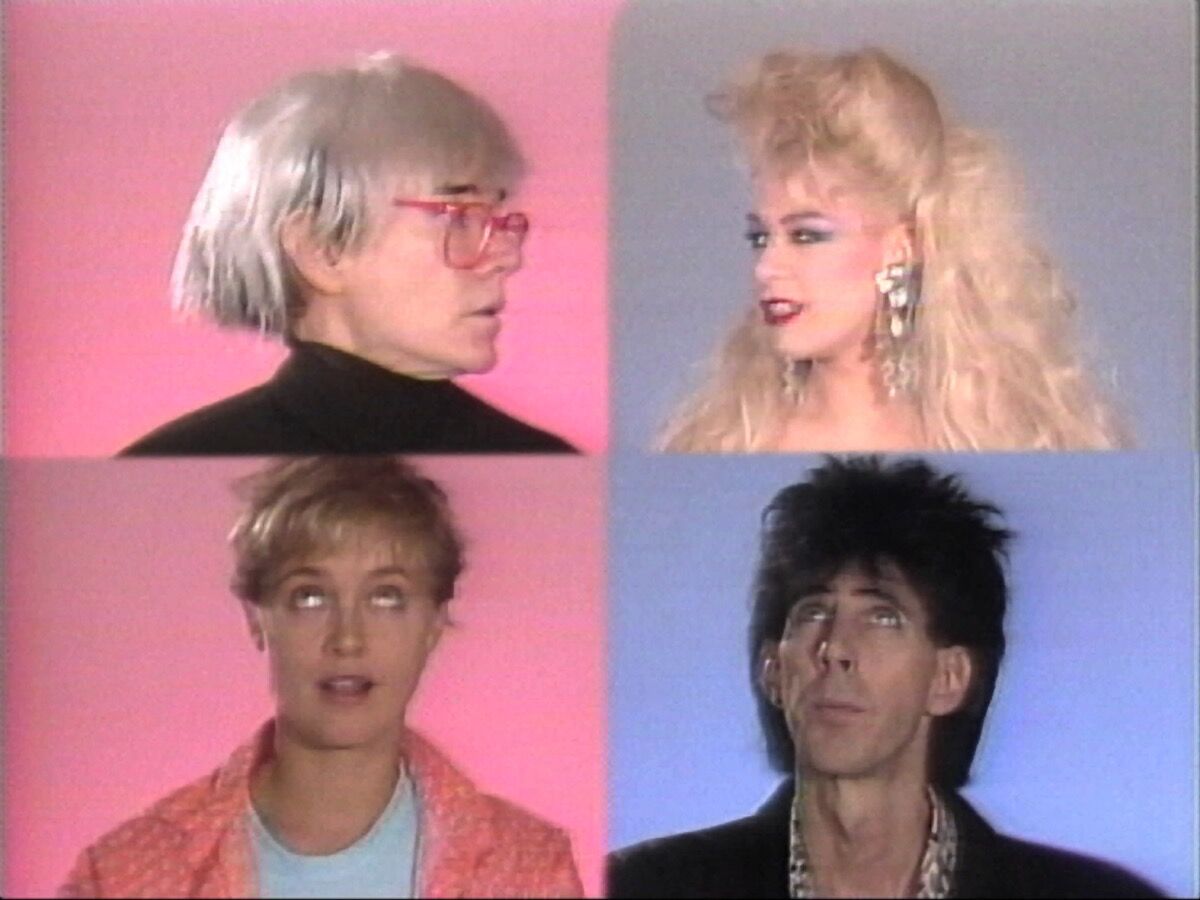 In 1980, he expanded the show’s scope, changing its name to Andy Warhol's TV. With his trusted production team of Don Munroe, Vincent Fremont, and Sue Etkin, Warhol wrangled artists (
Georgia O’Keeffe
,
David Hockney
), musicians (Duran Duran, James Brown), designers (Paloma Picasso), actors (Rob Lowe), filmmakers (John Waters, Steven Spielberg), and even the occasional politician (Senator Daniel Patrick Moynihan) to chat about their work and the 1980s creative scene.
In 1981, Warhol even made his way to NBC, with a series of spots for Saturday Night Live. One featured Warhol musing about death while a hand applies makeup to his face. “Death means a lot of money, honey,” he reports, in his usual deadpan. “Death can really make you look like a star.”
Warhol had always been interested in celebrity—“from the time he was very young,” Huxley notes. In his adult life, that fixation led to the neon-hued portraits he made of the 20th century’s richest and most famous, from Marilyn Monroe and Muhammad Ali to Mick Jagger and the Queen of England. It was also visible in the magazine he co-founded in 1969, Interview, in which he pioneered a model that’s since become a standard of cultural journalism: famous people interviewing other famous people.
Warhol's foray into television allowed him to become even more of a celebrity himself. “It was another tool he used to get to know people,” explains Huxley,  “and simultaneously reach as many people as he could.”
Warhol would go on from Manhattan Cable TV to reach his largest television audience yet. The opportunity was presaged in a May 1984 diary entry. “I’m watching MTV right now,” the artist wrote. “I don’t know what else you can do to these videos to make them different. They’re all the same.”
By 1985, after a year of negotiations with MTV, Warhol premiered Andy Warhol’s Fifteen Minutes on the cable network, then a young station whose audience of rock stars, creatives, and cool kids was rapidly growing. At the time, the station’s content consisted primarily of music videos—and Warhol’s show certainly added something “different.”
First, it placed an artist—rather than a musician, VJ, or actor—in the host’s role. It also brought underground artists working in all mediums onto a single show, then delivered both their art and their antics to a mainstream audience.
The first episode opened with Debbie Harry announcing the segment’s theme, which sounds more like the recipe for a
Fluxus
performance than the contents of a T.V. show: “Sex, Vegetables, Brothers and Sisters.” From there, Warhol and his co-host, model Jerry Hall, guided viewers through a psychedelic trip of performances and interviews with musicians Bryan Adams and John Oates, actors Paulina Porizkova and Sally Kirkland, and drag queens John Kelly and Lady Bunny. Harry helpfully chimes in to note that the Pyramid Club is the “New York center for neo-drag where, on a Sunday night, a talented family of self-styled freaks entertain in high style.”
Episode two starts with a young Grace Jones, who tells Warhol: “You have to be free in this world. You have to float, you have to drift, you have to express yourself.” Later in the segment, Jones and Keith Haring recall the time when he painted her body with his signature symbols; Warhol asks artist Kenny Scharf about his penchant for wearing bellbottoms; and photographer
Peter Beard
meditates on “swinging New York”—while swinging on an actual swing.
In one perfect moment in episode three, actor Ian McKellen reads a Shakespeare sonnet to a live soundtrack played by The Fleshtones, who stand behind him strumming their guitars.
“Warhol put everybody together: The high and the low. The rich and the famous. The struggling artists and the rising stars,” Huxley explains. In a way, the show summed up Warhol’s entire practice, his desire to mine that taboo place where art, pop culture, and celebrity mingle—and to unearth how absurd, mesmerizing, and creatively fruitful that overlap can be. 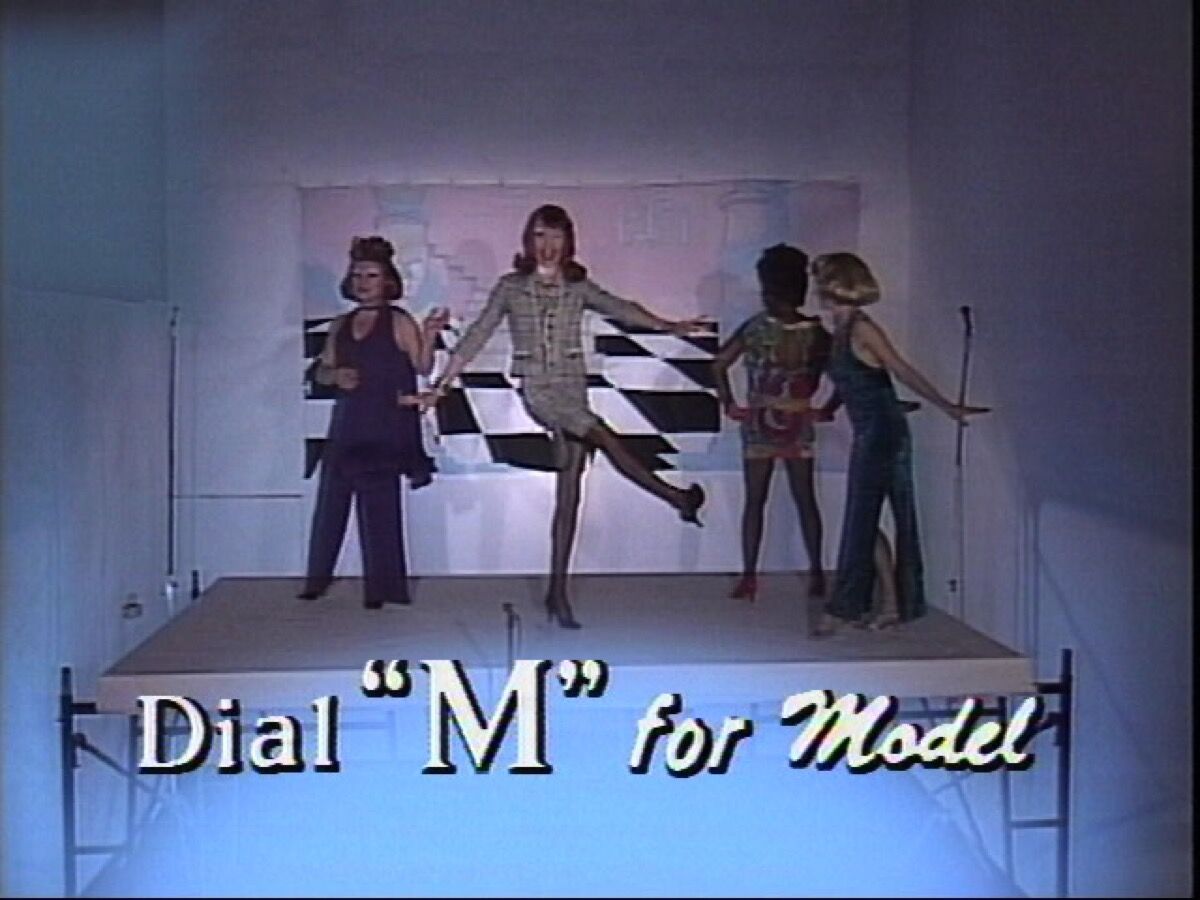 Advertisement
Warhol brought over 100 guests onto the five-episode run of Fifteen Minutes, but the show’s biggest star was always Andy himself. “He really came out as a host for the first time,” says Huxley. “He was always kind of shy, he didn’t really like the way he looked, he was never in any of his films. But here, you really see more of Andy.”
It was a moment of growth for Warhol that, tragically, also coincided with the end of his life. While filming the show’s fifth episode in 1987 (for which he walked the catwalk for a fashion show at The Tunnel, a downtown club) he was rushed to the hospital, where he later died, on February 22, 1987, from complications related to a recent emergency gallbladder surgery. When the episode aired on MTV not long after, it ended with footage of Warhol’s memorial service.
In this way, Andy Warhol’s Fifteen Minutes cemented his own legacy: not only as an artist behind a canvas or camera—but, ultimately, as the kind of celebrity  he idolized.
“If you were the star of the biggest show on television and took a walk down an average American street one night while you were on the air, and if you looked through windows and saw yourself on television in everybody’s living room, taking up some of their space, can you imagine how you would feel?” he wrote in 1975. “Someone who knows he’s on everybody’s television regularly…has all the space anyone could ever want, right there in the television box.”
Alexxa Gotthardt
Related Stories