A Former MTV Star’s Unexpected Second Act, behind the Camera 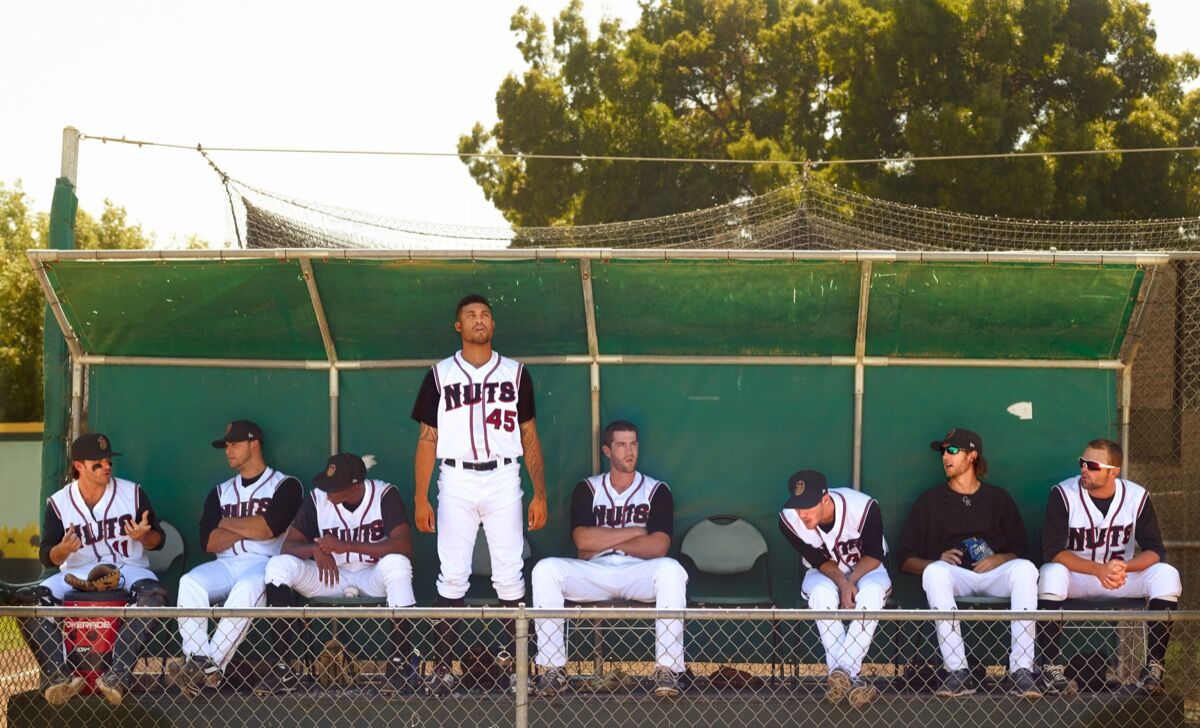 It’s the opening day of AIPAD’s Photography Show and
Tabitha Soren
is telling me about the revelatory images
Eadweard Muybridge
once took of naked baseball players. “They’re catching, and swinging—that seems obvious—but then he has a whole series of errors,” she explains. “I thought: This is what my project is about. We trip, we fall, we stumble—but we get up.”
The project Soren is referring to is an extensive
documentary series
she began in 2003, focusing on a group of players drafted by the Oakland Athletics the previous year. (Not coincidentally, the subject matter overlaps with a journalistic fixation of Soren’s husband, Moneyball author Michael Lewis.) A selection of those images are included in Fantasy Life, a recently released volume from Aperture, which spotlights Soren’s idiosyncratic outsider’s take on America’s favorite sport.
You most likely recall Soren from her stint as an on-camera MTV News journalist in the mid-90s, but since then, she has been quietly reinventing herself as an inventive fine-art photographer. For a series titled “Panic Beach,” she lugged a Hasselblad and a tripod to harsh coastal areas, standing precariously on rocks to capture crashing waves. The series was a way to sublimate her own visceral experience with an unexpected surge of anxiety attacks following her third pregnancy. For “Running,” she enlisted models to jog through moody landscapes, nodding to the carefully staged theatricality of major photographers like
Gregory Crewdson
or
Philip-Lorca diCorcia
. 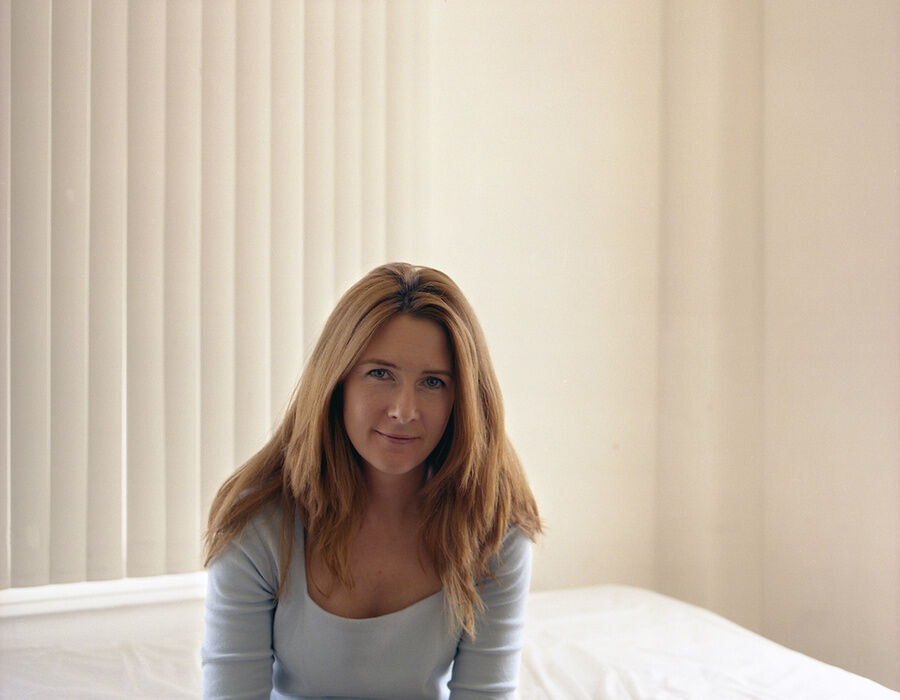 For a more recent body of work, “Surface Tension,” Soren used a film camera with an 8-by-10-inch negative to shoot found images and paused video stills on iPad screens. (The series will be on view starting in May at EUQINOMprojects in San Francisco, and in late June at Kopeikin Gallery in Los Angeles.) She purposefully allowed fingerprints, sweat, and other human traces to remain on the surface, adding a ghostly, painterly layer to the resulting photographs, which contain such disparate subjects as Kim Gordon; riots in Ferguson, Missouri; Julian Assange; and Soren’s own teenage daughter.
Lately, she has also been working on images that she defaces, carves, or alters in some way—like a closely cropped photograph of a priest’s hands, the print punctured by a pellet gun, recently on view at the Whitney Houston Biennial, an alternative pop-up exhibition in New York.

3 Images
View Slideshow
Advertisement
Given this eclectic resume, Soren’s interest in baseball might seem a little, well…left-field. Initially, she approached the “Fantasy Life” series with an interest in straightforward documentary portraiture. She recalls seeing a 2011 retrospective of
Rineke Dijkstra
at SFMoMA; it included a series in which the Dutch artist photographed Israeli women before and after their mandatory military service, as well as Spanish bullfighters before and after their bloody stadium bouts.
Soren initially wanted to capture something similar with the Oakland A’s 2002 draft class—a way to track the “physical transformations of time” on the players’ bodies, she says. Eventually, however, the project became less about the appearances, and more about the pitfalls and challenges of professional success. “I got much more interested in the fact that many of the players were going to be released” from the Oakland team, she says. “It was going to be a series about falling from grace.” 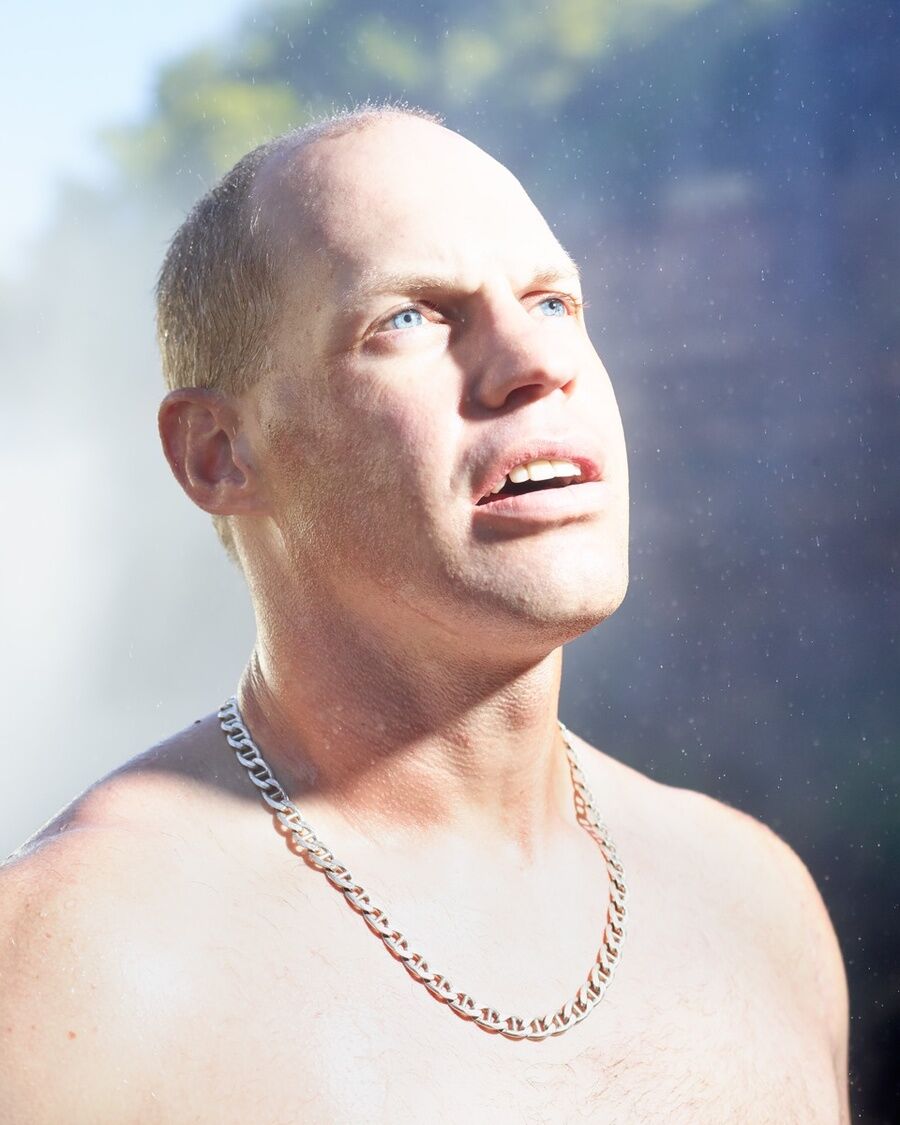 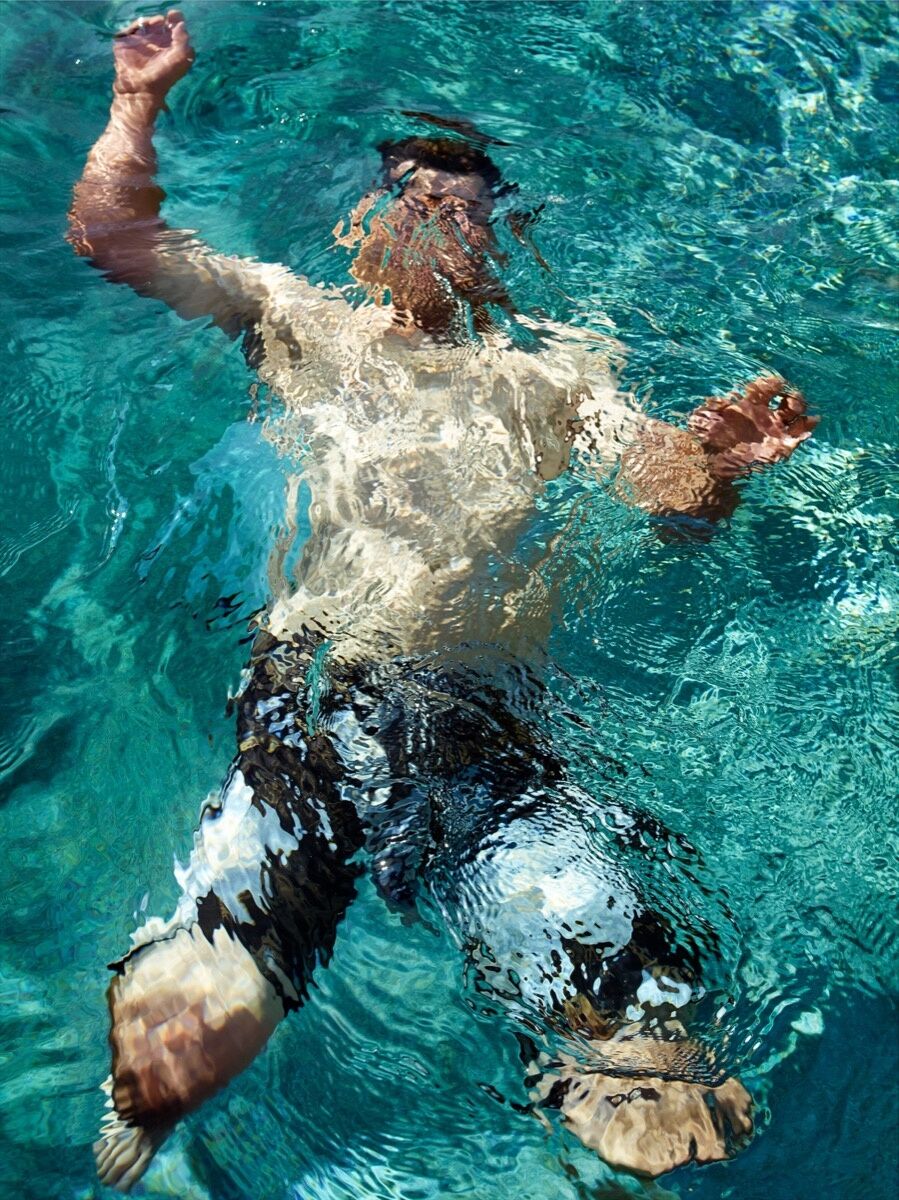 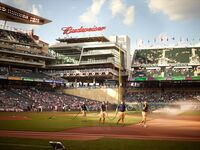 7 Images
View Slideshow
“Fantasy Life” also ended up being as much about architecture, light, and awkward moments as it is about the game of baseball, per se. The results have something in common with other sports images made by non-fans, like
Catherine Opie
’s “High School Football.” This was partially due to the fact that Soren didn’t want to revisit territory that has been amply and straightforwardly explored by generations of
photojournalists
. “That material seemed covered,” she jokes. “It’s like, if I went on a safari, I couldn’t imagine trying to pick up a camera. Do we really need another picture of a lion? They should get a break!”
Soren’s wandering focus amused the players. She recalls, during one practice game, being distracted by an on-field door whose metal facade had been dented and dinged by season after season of foul balls. The composition had a bit of everything, she says: the reflective surface, which created an “abstract still life” of its own, with the colors of turf and sky; and the physical imprint of flubbed, out-of-bounds hits. “There’s a game going on behind me, and the guys thought I had lost my mind,” she laughs. “She’s taking pictures of our equipment-room door for 20 minutes!”
The players weren’t the only ones who were occasionally confused by Soren’s mission. “The baseball world scratched its head, wondering why I spent so much time on a game that I’m not in love with,” Soren admits. “And the art world scratched its head about why an artist would spend so much time on something so mainstream. But I wanted to tell a new story, and I used baseball as a device.” 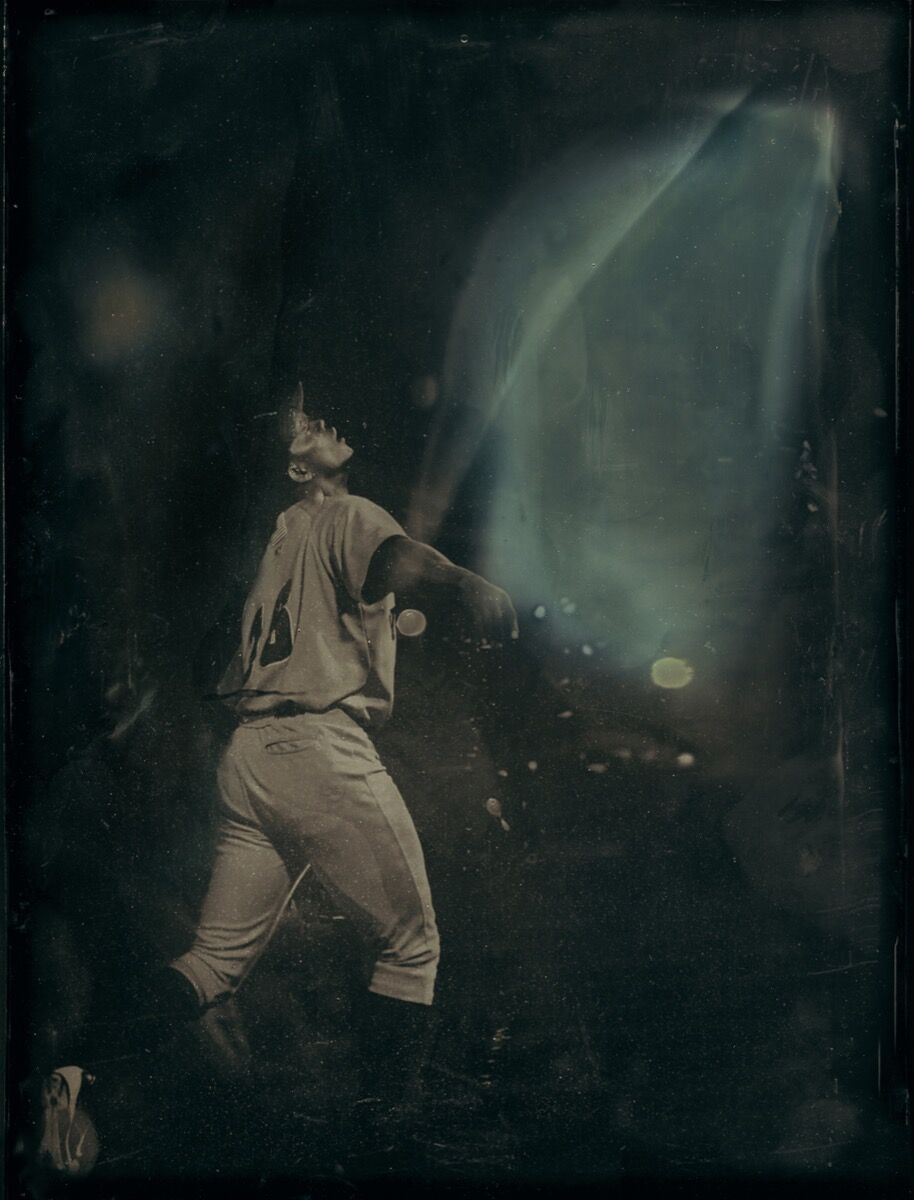 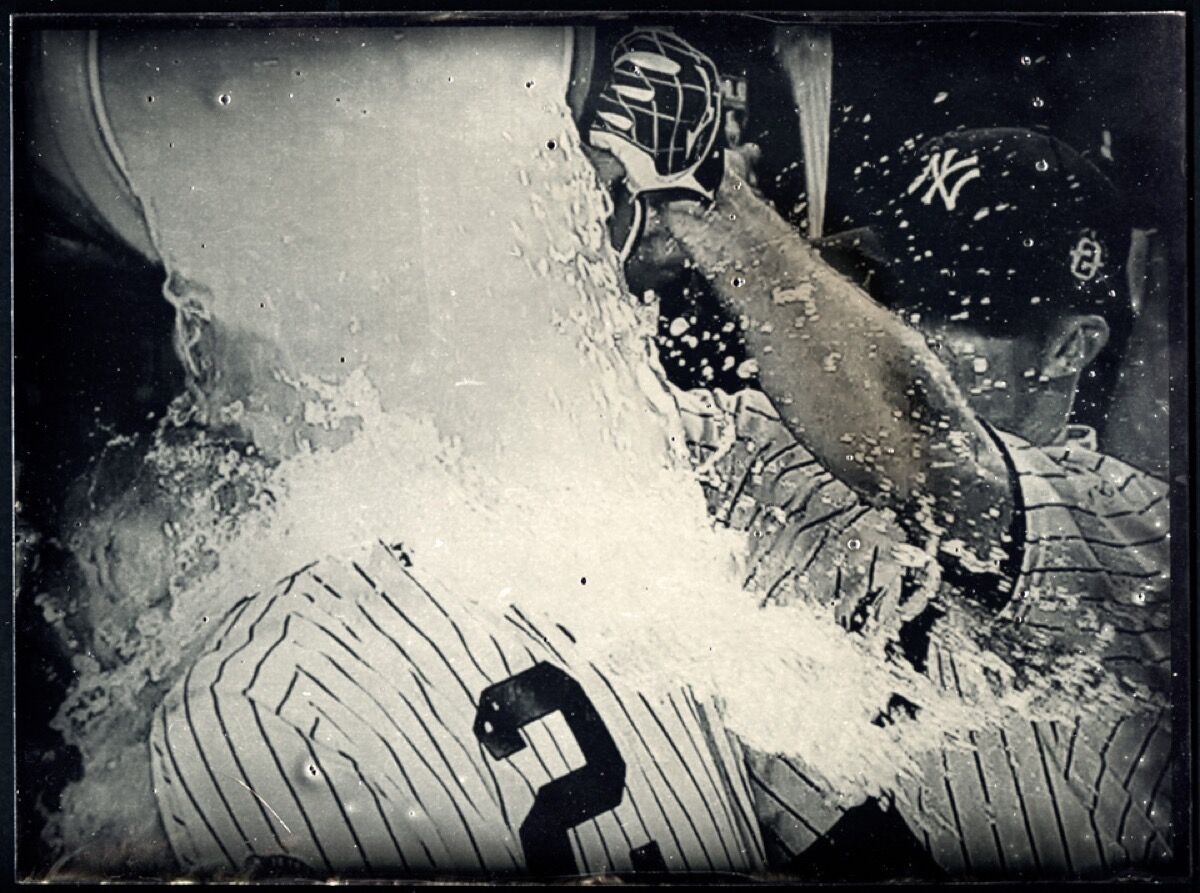 Part of telling that new story involved exploiting some very old technology, including the tintype process—invented in the 1850s—which Soren experimented with for years in order to capture fast-motion action shots. The archaic technique presented challenges, as well as happy accidents. In one photograph of minor-leaguer Jonathan Joseph waiting to catch a fly ball, a too-thick area of emulsion added a ghostly cloud to the image. The player appears stunned by an almost holy aura lingering in the air.
“It’s like a religious ecstasy painting,” Soren says. “In any other circumstance, that’s a mess-up, but in this photograph it landed in the right place.” The aberrant tintype suited Soren’s idiosyncratic vision, but Joseph himself was not so easily won over. “He asked, don’t you have any of me pitching?”
Scott Indrisek
Related Stories