The $30 Million Lawsuit against the National Gallery over an Allegedly Stolen Matisse, Explained 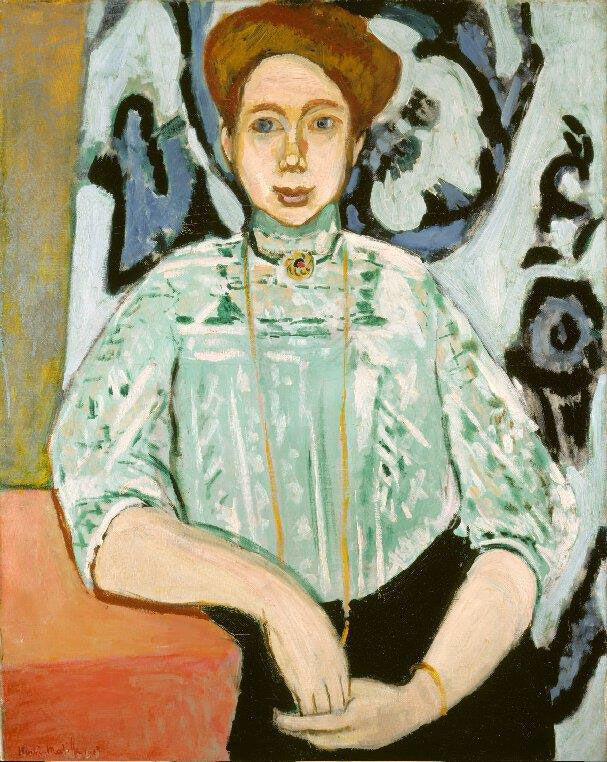 On Wednesday, three grandchildren descended from the subject of
Henri Matisse
’s Portrait of Greta Moll (1908) filed a lawsuit against London’s National Gallery, where the painting currently resides. The suit claims that the work was stolen from owner Greta Moll in the years following World War II, invalidating the ownership of anyone who possessed it since, and thus rightfully belongs to Moll’s heirs.
Those heirs are asking for the work’s return or damages of $30 million, the piece’s estimated value. When taken in broad strokes, the lawsuit in New York’s southern district court looks similar to many WWII art restitution disputes that have recently peppered the headlines (see: a legal battle over two paintings in the collection of the Norton Simon Museum). However, the plaintiffs in this case readily note that the Matisse wasn’t taken from a Jewish dealer or owner under threat of Nazi persecution in Europe. And though this twist in the story sets it apart, the legal hurdles plaintiffs must jump to bring an international case like this in U.S. court remain formidable.

According to the complaint, Matisse originally painted the work between 1907 and 1908, when Greta and her husband Oskar were students of the artist’s in Paris. The same year, Oskar purchased the work, and the couple moved back to Germany, where they lived when the Nazis seized power. Considered a “degenerate” and “Bolshevist,” Oskar was pushed out of his professorship in Düsseldorf, while Greta’s sculptures were included in the infamous 1937 “Degenerate Art” exhibition staged by the Nazi regime in Munich. The pair remained in Germany throughout the war, retreating to the safer countryside. In 1946, following the conflict’s conclusion, they returned to Berlin.
While the painting had survived the war, Greta and Oskar’s desire to stay in Berlin did not. When Oskar died in 1947, the title to the painting passed entirely to Greta. As she prepared to move to the United Kingdom to live with her daughter, she entrusted the work to a former art student. The complaint contends that transfer was made with the understanding that the student would transport the Matisse to Switzerland for safekeeping with an art dealer. Instead, the student sold the work to the dealer and then absconded to Middle East. This act, the complaint contends, marked the original theft of the work.
From Switzerland, the work moved to the United States in 1949, under the care of the now-defunct gallery Knoedler & Co. It passed through several collections, before eventually landing at London’s Lefevre Gallery, from which the National Gallery bought the work in 1979. The complaint alleges that the museum ignored a “red flag”: that the painting had been “transferred immediately after WWII.” From 1947 on, the complaint states, Greta had no knowledge of the painting’s whereabouts, even writing in 1954 about how she believed it lost.

The Beginnings of the Lawsuit

In a letter to the National Gallery dated April 27, 2015, the plaintiff’s attorney, David J. Rowland, states that the family “is of the undivided opinion that the Painting was stolen in the aftermath of WWII and must now be returned without further delay” and offers private mediation as a solution while also threatening a lawsuit.
In reply, newly appointed director of the National Gallery Gabriele Finaldi wrote that the institution could not return the work “because of statutory constraints” even if the museum was “of the view that the circumstances warranted such an action.” Finaldi offered the hint that there could perhaps be some private acknowledgement of the painting’s history. But, as the lawsuit filed Wednesday indicates, that was not enough to deter litigation.
In a statement to Artsy through their attorney, the Moll Family argued that the work was the subject of an “illicit transfer” following WWII. “Greta Moll, its subject and owner, never sold or transferred title [of] the portrait to anyone, and it still rightfully belongs to her heirs, the Moll family,” the statement reads. “Unfortunately, because of its refusal to return the portrait to the Moll heirs, the National Gallery has left the Moll family no other choice than to file suit to recover this lost family heirloom.” (The museum did not immediately respond to a request for comment.)

The Law in Question

At this early stage of the litigation, the question is: Does an American court have the right to intervene in this case at all? The British government—of which the National Gallery is a part—is generally granted immunity from the long arm of American law since it is a sovereign foreign nation. “To sue a state you need some exception to foreign immunity,” said Nicholas O’Donnell, a partner in the litigation department of Boston law firm Sullivan & Worcester and editor of the Art Law Report. In their complaint, lawyers for the plaintiffs make several arguments for why a New York court can hear this case.
One exception to foreign immunity is known as expropriation and has been pioneered by Holocaust restitution lawsuits. The exception covers instances where property was taken in violation of international law, and grants American courts jurisdiction so long as there is some commercial activity that then ties the property to the United States. Prior cases have generally established that property taken from Jewish victims of the Nazi regime fall under the expropriation exception. But “that doesn’t apply here squarely since [the plaintiffs] are not arguing they lost the property as a result of being a persecuted as a Jew during the Nazi era. They’re explicitly putting the transfer post-war,” said O’Donnell.
And indeed, the complaint argues that the violations of international law required for the expropriation exception came at the hands of the Allies. “The occupation of Germany by allied troops, including Russian troops who were known for their looting of art and other valuables, was the reason that Greta Moll was compelled to send the Painting to Switzerland due to the fear that she would also suffer the additional loss of the Painting if it remained in Germany,” the complaint states.
Usually, for the taking of property to be a violation of international law it has to be tied to some sovereign act: a forced sale, a general climate of fear in a certain group that opportunists exploit. A challenge to the argument could be that an individual acting with complete agency transferring a work for safekeeping does not amount to expropriation.
The complaint also argues that U.S. courts can intervene due to another exception known as commercial activity. “The touchstone of the commercial activity exception is whether the foreign sovereign is doing something in the United States that makes it more like a commercial actor than a sovereign actor,” O’Donnell said.
The complaint asserts various grounds for the exception, including that the sale of the Matisse undermined the New York art market’s interest in preventing the exhibition and sale of stolen art and that the National Gallery profited off the sale of catalogues and other items which included the work. While the merits of these and other arguments must still be tested in court, recent court rulings have narrowed the scope of the commercial activity exception.

Should a judge rule that New York does indeed have jurisdiction, that is just the beginning. “The substance of the case will involve unpacking all these transfers that are laid out in the complaint,” O’Donnell said. Was the work actually stolen? Was the original Swiss purchase made in good faith such that legal title passed down through all subsequent transactions? Were those transactions valid on their own merits? Did the National Gallery have a legal burden to investigate the provenance of the work before making the purchase? “Each of those transfers will be judged based on the law of the place where it happened,” O’Donnell said.
Though the specifics of this case are singular, a familiar long and arduous court battle likely lies ahead.
Isaac Kaplan is an Associate Editor at Artsy.
Related Stories