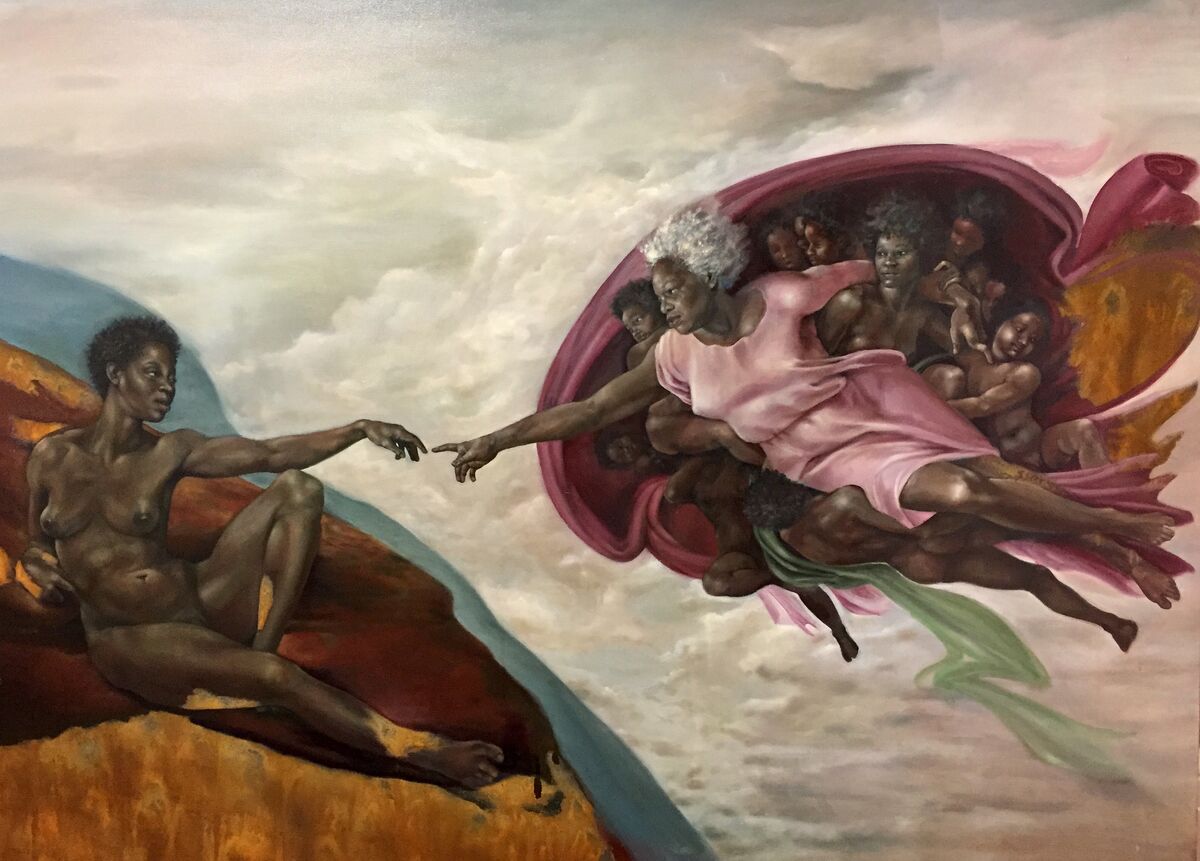 Harmonia Rosales, The Creation of God, 2017. Courtesy of The Bennett Prize.

What is the most effective way to support female artists?
It’s a question that San Antonio-based patrons Steven Alan Bennett and Dr. Elaine Melotti Schmidt have been contemplating for almost a decade, since they first began collecting art. From the beginning, they gravitated towards work made by women, depicting women. It was what they loved and wanted to live with.
It also happened to be much less expensive than comparable work made by men, enabling them to acquire more work. But the price discrepancy troubled them. “By collecting women painting women, you could get a lot of really exceptional work for significantly less money than you could collecting the men,” Bennett said, calling it “discrimination of the highest order.”
Bennett and Schmidt wanted to support women painters beyond those they collected or who were accessible through their network.
This spring, they founded the Bennett Prize, a biannual grant that will award funding to emerging women painters who live in the United States and work in a figurative realist style. The prize’s first-ever open call for applications goes live this week, on April 13th, with a deadline of September 28th. Finalists will be chosen by a jury, awarded $1,000, and exhibited in a group show in May 2019 at the Muskegon Museum of Art in Michigan. At the opening, a winner will be selected. She will receive $50,000 in unrestricted funds over two years ($25,000 per year), as well as a solo museum exhibition, also at the Muskegon Museum, at the end of the two-year period. 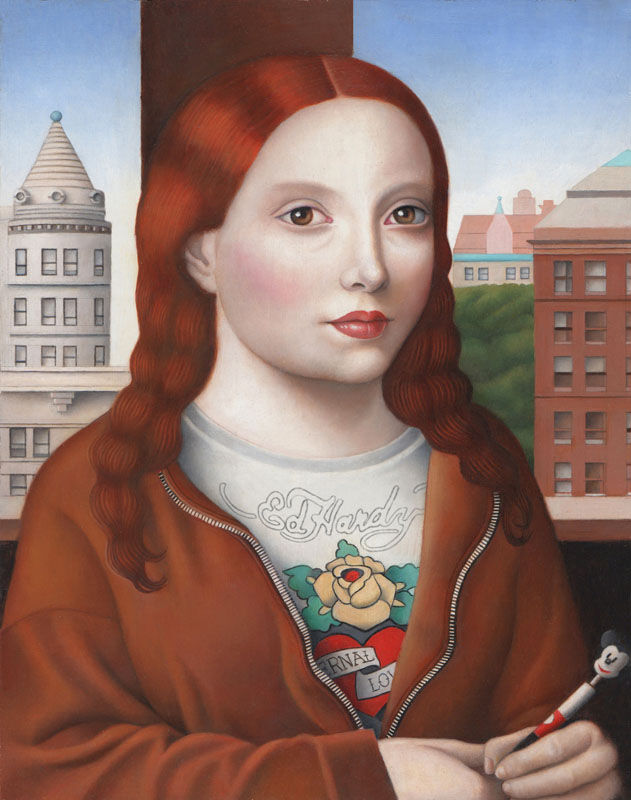 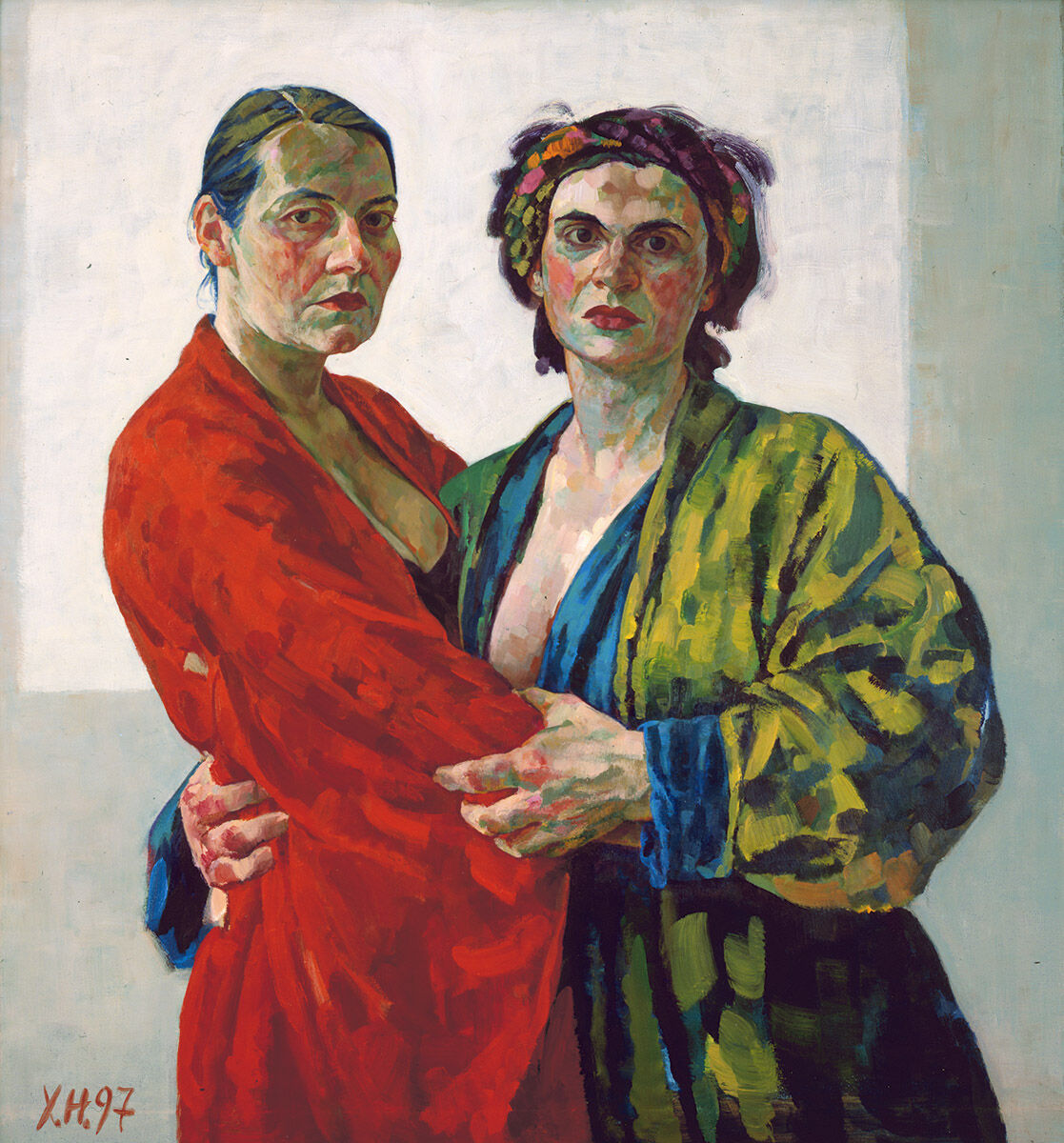 Bennett hopes the prize will give these female figurative painters “more flexibility to focus on their work” and “more visibility.”
The prize is the largest-ever U.S. award offered solely to female painters. (In 2016, the English philanthropist Elisabeth Murdoch founded a $150,000 annual award for a U.K.-based mid-career female artist.) It is also endowed. The Bennetts teamed up with the Pittsburgh Foundation, a philanthropic organization that will oversee investments and the day-to-day financial operations of the prize, so it remains funded and operational beyond Bennett’s and Schmidt’s lifespans. According to Schmidt, “The prize will continue until there are as many paintings by women as men in museums, commanding the same prices and critical esteem.”
Figurative painter
Natalie Frank
, a recipient of a financially comparable grant early on in her career, said the prize’s long-term commitment to female artists is a welcome addition to the grant-making landscape. “Until there’s gender parity, which we are a far way from, it’s imperative that prizes like this exist—acknowledgement and support that focus on women artists,” she said.
Frank, who is now an established artist, won the Fulbright Prize, which also offers $50,000 to recipients, shortly after graduating from college. “It changed my life, giving me the time and space to work and develop for a year,” she remembered. “It’s a lack of financial support that keeps women from achieving parity with men in terms of auction prices, and primary and secondary market prices.”
Funding awarded to recipients of the Bennett Prize is unrestricted. This means that the artist can use the money in any way they see fit: to make new work, pay off loans, subsidize rent, cover childcare, and more. “Unrestricted funds are the most impactful way to provide support for an artist,” said Carolyn Ramo, director of Artadia, a nonprofit organization that also gives unrestricted grants to individual artists. “It allows the artist to eliminate whatever obstacle is in their way so they can concentrate on their practice.”
While the Bennett Prize offers significant and unrestricted funding, its reach is also limited. It is only open to women painters who make figurative work, where the human body is discernible. These artists must also be “emerging,” which, in the Bennett Prize’s definition, means those who have not yet sold an artwork for over $25,000, nor received a prize for that amount. Lee Price, Detail of Teacup, 2014. Courtesy of The Bennett Prize.

Advertisement
Bennett and Schmidt’s decision to restrict the award to emerging female figurative painters is twofold: to support female figurative painters who haven’t reached a certain level of success or exposure, and to expose the public to figurative realism and women painters, both of which are underappreciated and undervalued, according to the couple.
Frank commended the couple’s decision to focus on this niche group. “Though figuration may come in and out of favor, it’s a timeless form of expression that also must be supported,” she said. “If we don’t see ourselves and our bodies, in whatever forms, where are we? There are few schools that teach it—like the New York Academy of Art—so the Bennett Prize helps protect and support those who engage with this tradition.”
The Bennett Prize’s impact on a recipient’s career might also be curbed by the grant’s lack of name recognition and prestige, given how new it is. “The funds themselves go only so far, and the real value of a grant is in the prestige of the award and the opportunities that stem from the recognition,” said Ramo.
Italian patron Valeria Napoleone, who has provided funding to museums for the commissioning and collection of work by female artists, said the prize could build a solid reputation by seeking high-profile jurors, and based on what its selected artists go on to achieve: “It is certainly a substantial award that will help the recipients. However, the level of members of the jury and the type of artists selected are absolutely key to its reputation and effectiveness.”
The prize’s jury so far is small, consisting of four members:
Andrea Kowch
and
Maria Tomasula
, both female artists who paint figuratively and whose works are included in Bennett’s collection; Art Martin, the director of collections and exhibitions at the Muskegon Museum of Art, where the prize’s exhibitions will be held; and Bennett himself. (To prevent potential bias that Bennett might bring with him as a collector of the type of work the prize supports, he said that Kowch, Tomasula, and Martin will “take the lead in the [jury] process.”)
Additionally, while the prize offers the recipient a solo show at the Muskegon Museum of Art, the institution is not widely known: It is located in a small city in western Michigan, and its reputation is primarily regional.
Even so, Bennett and Schmidt see Muskegon as an ideal fit for the prize. Bennett praised the institution’s “‘git’er done’ attitude,” its devoted staff, and its “demonstrated commitments to the things we as benefactors and collectors believe in: women as worthy artists, figurative realism as a genre to be respected and exhibited, and the need for a competition that is open-minded, fair, and broad based in its appeal.” Susanne Mitchell, Waiting from the Silence of the Ordinary, 2015. Courtesy of The Bennett Prize. 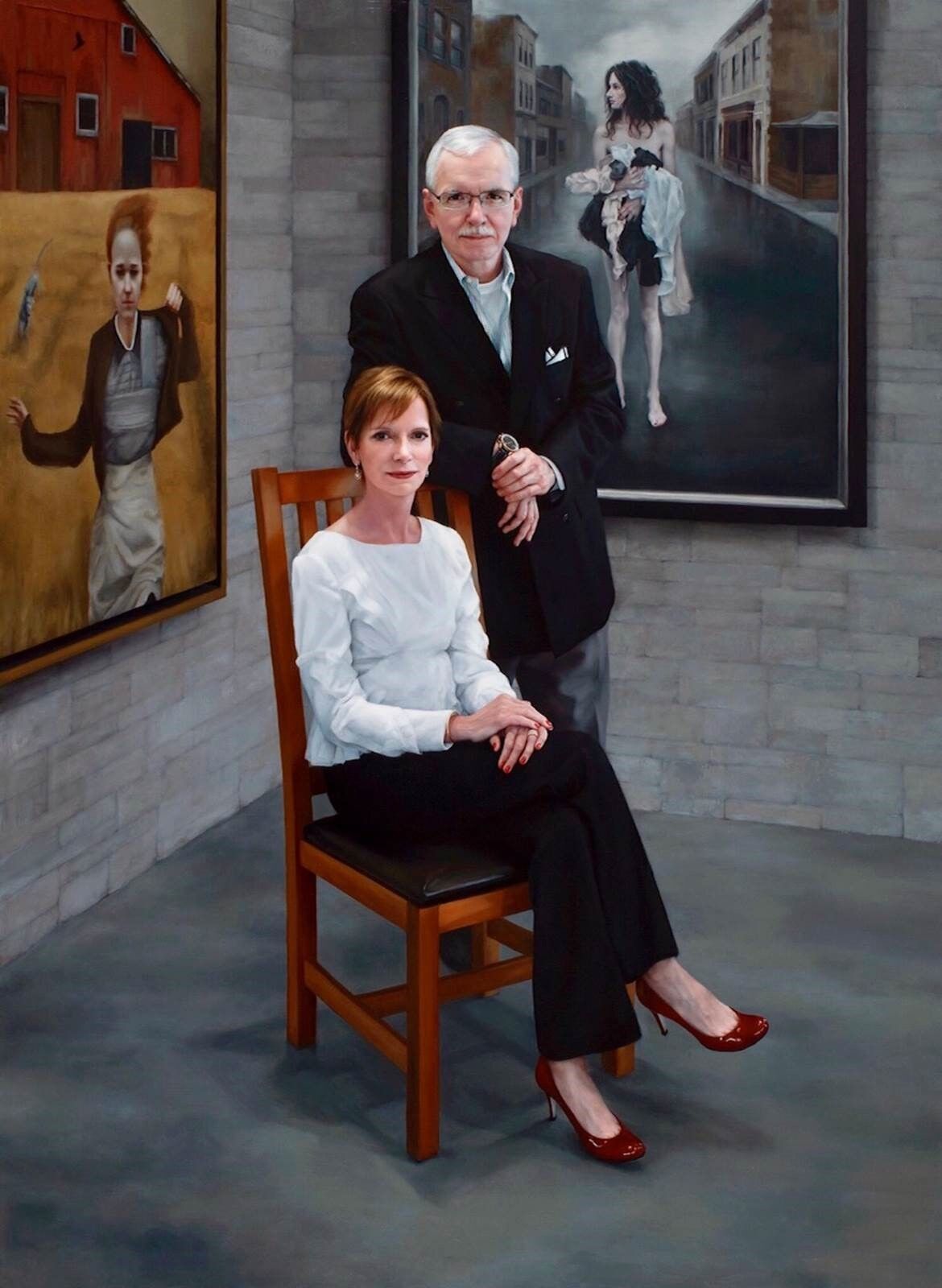 Katie O'Hagan, Portrait of the Collectors, 2016. Courtesy of The Bennett Prize.

The couple also aims to boost the exposure of winners and the prize itself by bringing both the group and solo exhibitions across the country, though specific venues have not yet been determined. They will fund the creation of a catalogue for the winner, too. “That is a tool the artist can use in the future,” Ramo said. “It’s rare and truly helpful that they offer this.”
Bennett and Schmidt developed the structure of the Bennett Prize over two years, after canvassing numerous female painters about the kind of support that would be most helpful to them. But they also admit that the grant is a work in progress.
“We’re building the airplane while we’re flying it,” said Schmidt. “Who knows, two years from now we might make some changes, but this is how it is starting.”
What’s certain is that the Bennett Prize joins a growing effort to channel more funding to female artists.
“It melds our love of art with the stories of the female artists who we’ve gotten to know with something tangible that will…continue after we’re deceased,” said Schmidt.
Frank said the prize comes at a key time. “Establishing new names, new routes, new protections [for women artists] feels more important than ever,” she said.
Alexxa Gotthardt
Related Stories