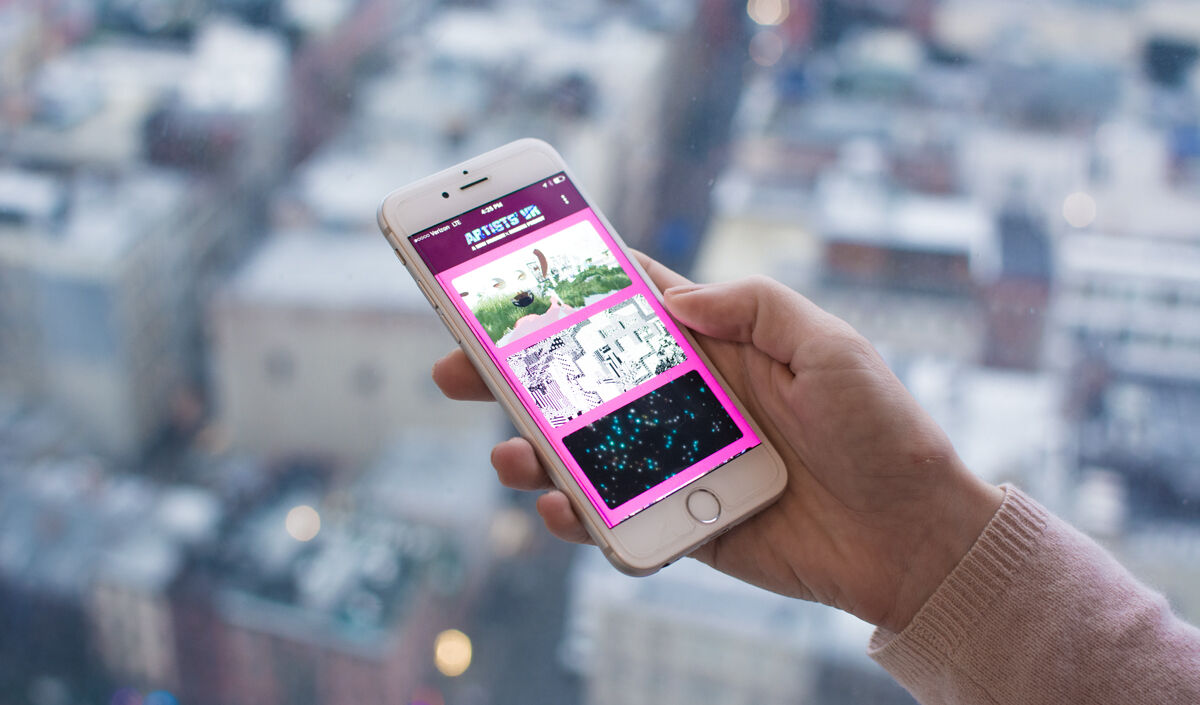 First Look, the app developed by the New Museum, Rhizome, and EEVO.

As virtual reality sweeps into mainstream culture, contemporary artists are increasingly embracing this technology as a new artistic medium. But while it’s never been easier for consumers to access VR headsets—take Google’s $15 cardboard goggles, for example—getting your hands on artistic content remains a challenge. A newly released mobile app solves this problem.
On Thursday evening, the New Museum and Rhizome launched an exhibition of VR artworks in the form of a mobile app developed by virtual reality startup EEVO. As the first initiative of its kind from an art museum, the app creates a centralized space for six digital commissions by artists Peter Burr,
Rachel Rossin
,
Jayson Musson
,
Jacolby Satterwhite
,
Jeremy Couillard
, and
Jon Rafman
—arguably the young artists pioneering the nascent medium. And while the New Museum’s recent
Pipilotti Rist
exhibition frequently saw lines around the block, anyone can access these works by downloading the free app for Android or iOS, and voila! The experience is yours. (The app is currently available for download in the Google Play store, and will be available in the iOS App Store for Apple devices and Oculus store for Gear VRs shortly.) 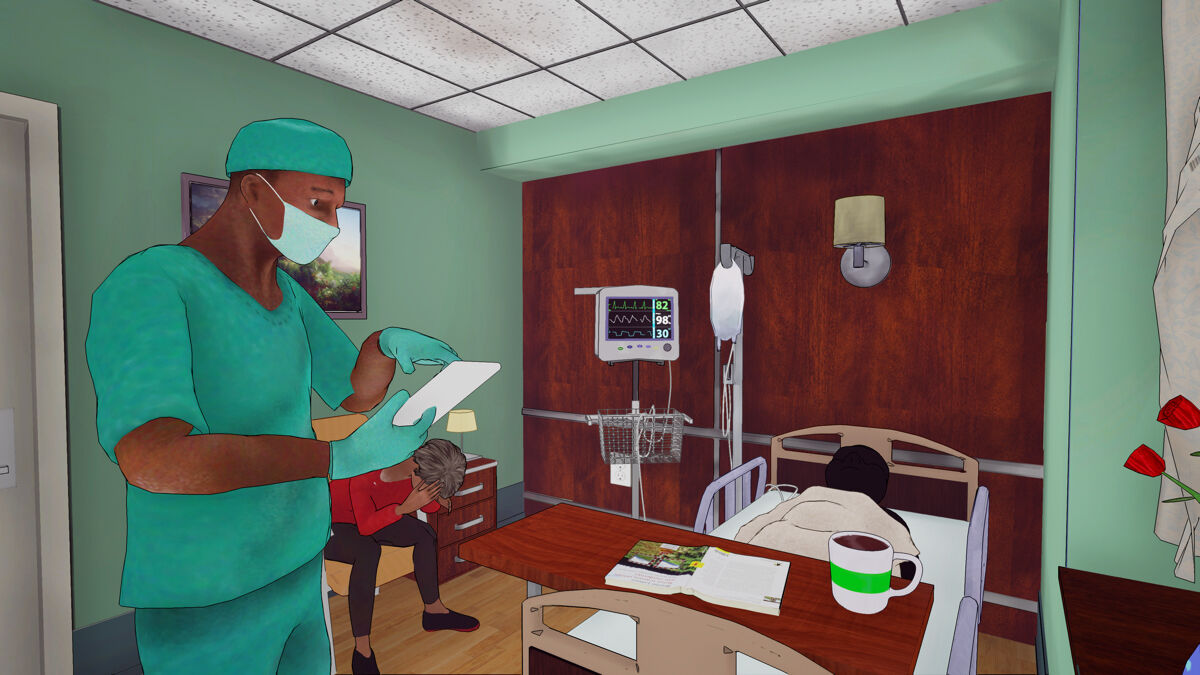 The exhibition-cum-app grew out of the First Look program, a digital commission and exhibition initiative co-organized by New Museum and its affiliate Rhizome since 2012. It’s not surprising that New Museum, a long-time champion of art and technology, would respond to the needs of this medium in its infancy—much like they did at the dawn of Internet Art. “We have been similarly early to support artists engaged with VR as an artistic medium,” reflected Lauren Cornell, the museum’s curator and associate director of technology initiatives, who moderated a panel discussion held in conjunction with the app’s release on Thursday. “I have to say that these two moments, the emergence of Internet Art in the ’90s and the use of VR now, remind me of one another, because there’s a similar enthusiasm and curiosity, and artists’ visions often outpacing what the technology can offer,” she said. “And in doing so, really pushing it forward.”
Cornell and Rhizome artistic director Michael Connor have spent the last year working with EEVO, a VR platform that lets content creators launch their own VR apps, providing them with an accessible way to distribute their content. “That’s a challenge of VR, you can distribute to mobile, to Oculus Rift, to Playstation, and each of those are totally different. So part of what we’re trying to do is facilitate the distribution so the content creators can focus on creating that piece of content, and then our platform takes care of getting it to wherever it needs to be,” said Alejandro Dinsmore, CEO of EEVO. Indeed, artists can upload their work to YouTube, but those wanting to protect the context in which their work is shown may find the platform challenging curation-wise. If you try to search for VR art online, you’ll come across countless videos and games—at one point in time one of the most-viewed videos, Dinsmore tells me, was a 360-degree video of girls in bikinis jumping on trampolines—though there’s no way to parse out the work of contemporary artists. “But there’s a lot of movements happening around art, and a lot of interest in the arts side [of VR].” 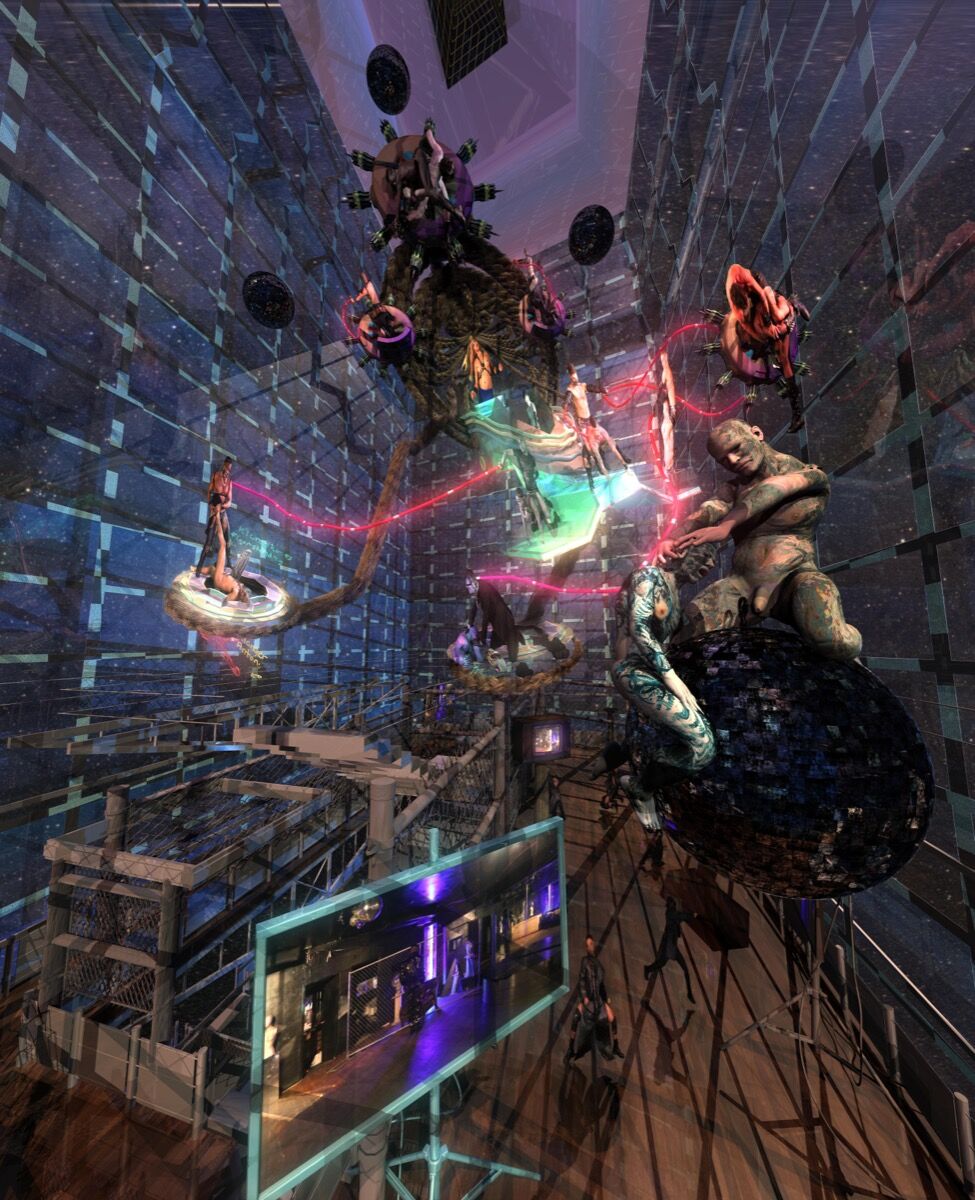 Advertisement
However, “there definitely isn’t a central place for people to look for and experience this kind of content,” Dinsmore noted. “Part of the reason we were interested in working on this is ideally [the New Museum] could potentially turn it into a place where VR artists could submit their work and publish it directly to the app. That’s doable. But that doesn’t exist.” Historically, VR art has not been accessible outside of galleries or the occasional biennial—or to those who don’t own expensive viewing equipment. According to EEVO’s CTO Casey Hancock, who worked closely on the app over the past year along with president Matthew Griffiths, the New Museum is making this work broadly accessible, while still being able to express somewhat complicated ideas. “The most exciting part of each piece is seeing them for the first time in a headset; when you’re working on these things technically, to have that moment to see someone’s complex vision” come to fruition. This experience is one that, thanks to the app, can be shared infinitely.
Among those at the center of these movements is programmer and painter Rachel Rossin, the first-ever virtual reality fellow at the museum’s incubator NEW INC, who awed the crowd with beautifully deconstructed avatars from first-person-shooter game Call of Duty. “It’s such a relief and also such an honor for an institution to get behind this first initiative to put VR in a commissioned space,” she said. “Right now it is so disparate; it’s hard to find art, or you have to watch it in a gallery,” she added. The First Look: Artists’ VR app brings a whole new level of accessibility. Where I’ve personally seen Rossin’s virtual reality work in arranged settings—on an Oculus Rift in her studio, at an art gallery, an art fair, and most recently, projected in a 360-degree dome—it’s now conveniently available through the smartphone in my back pocket, ready for viewing with the help of Google Cardboard. “What’s also really wonderful about this is this version of it is completely democratic. It’s free,” she said. 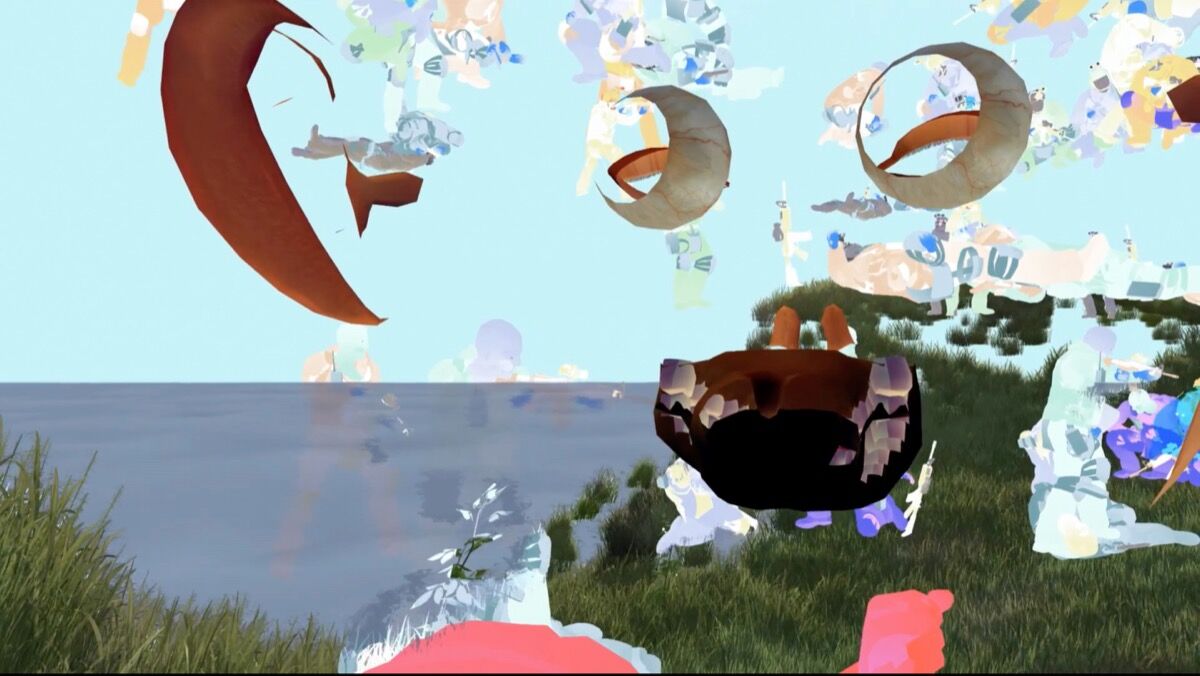 The notion of a centralized space for finding VR artwork certainly resonates. While the technology is proliferating throughout the art industry in an effort to further accessibility to galleries and museums—take the British Museum’s online archive of 360-degree views of its collections, for example—the New Museum, Cornell said, is “among the first to consider one’s mobile device as a platform not just to enhance the gallery experience but to experience art.”
Molly Gottschalk is Artsy’s Lead Visuals Editor.
Related Stories