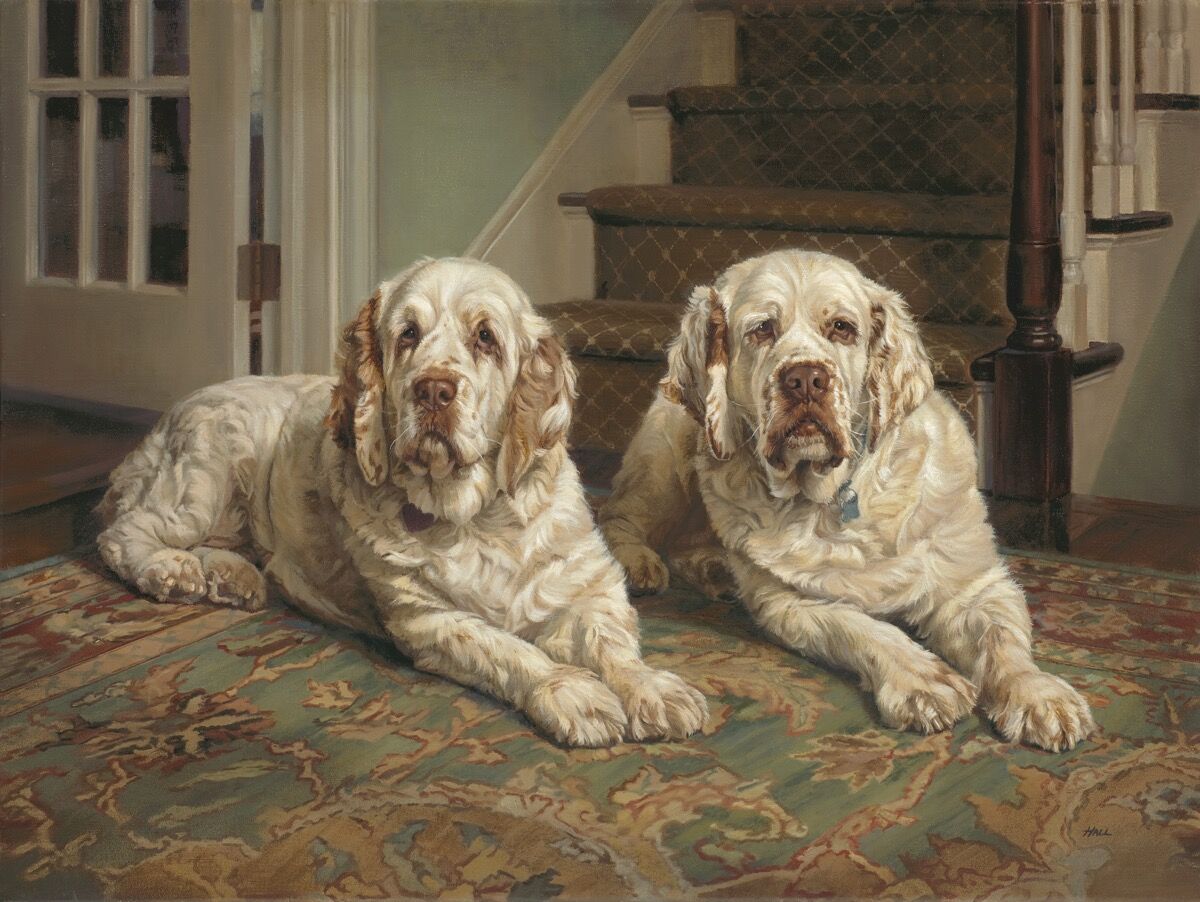 William Secord has been in the business of dog art for more than 25 years. At his eponymous Manhattan gallery, the only one of its kind in the United States, he sells paintings of canines from the 19th century through the present. Before he was a dealer, Secord served as the first director of the Dog Museum of America in New York. He’s even authored four hefty tomes cementing the dog’s place in art history.
With these credentials, one could reasonably expect that Secord has always been a dog person. “No, but I became one,” he said with a laugh, strolling through his gallery a few days before this year’s Westminster Dog Show. The walls, bedecked with collies and foxhounds and bulldogs, were primed for collectors to arrive. 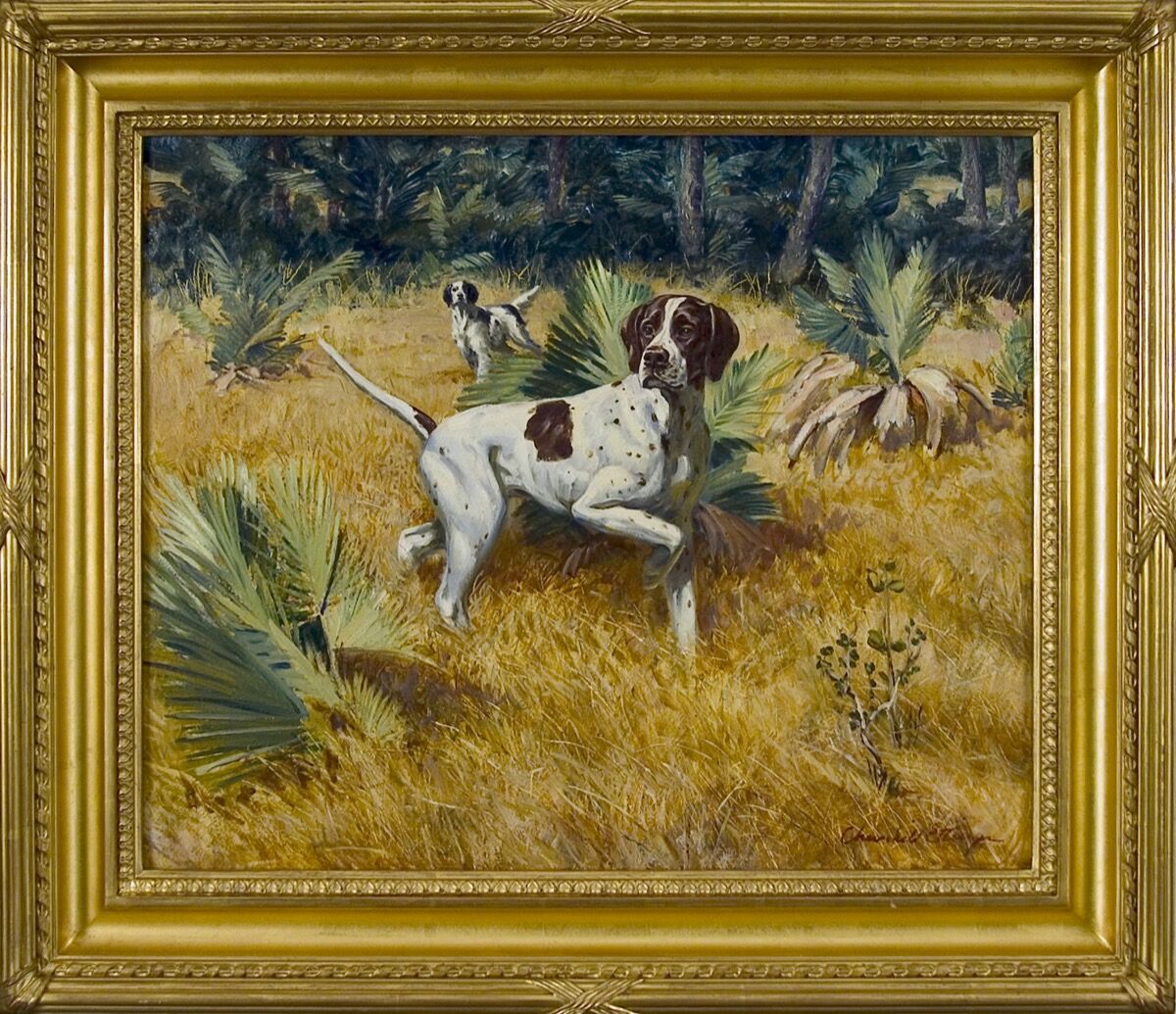 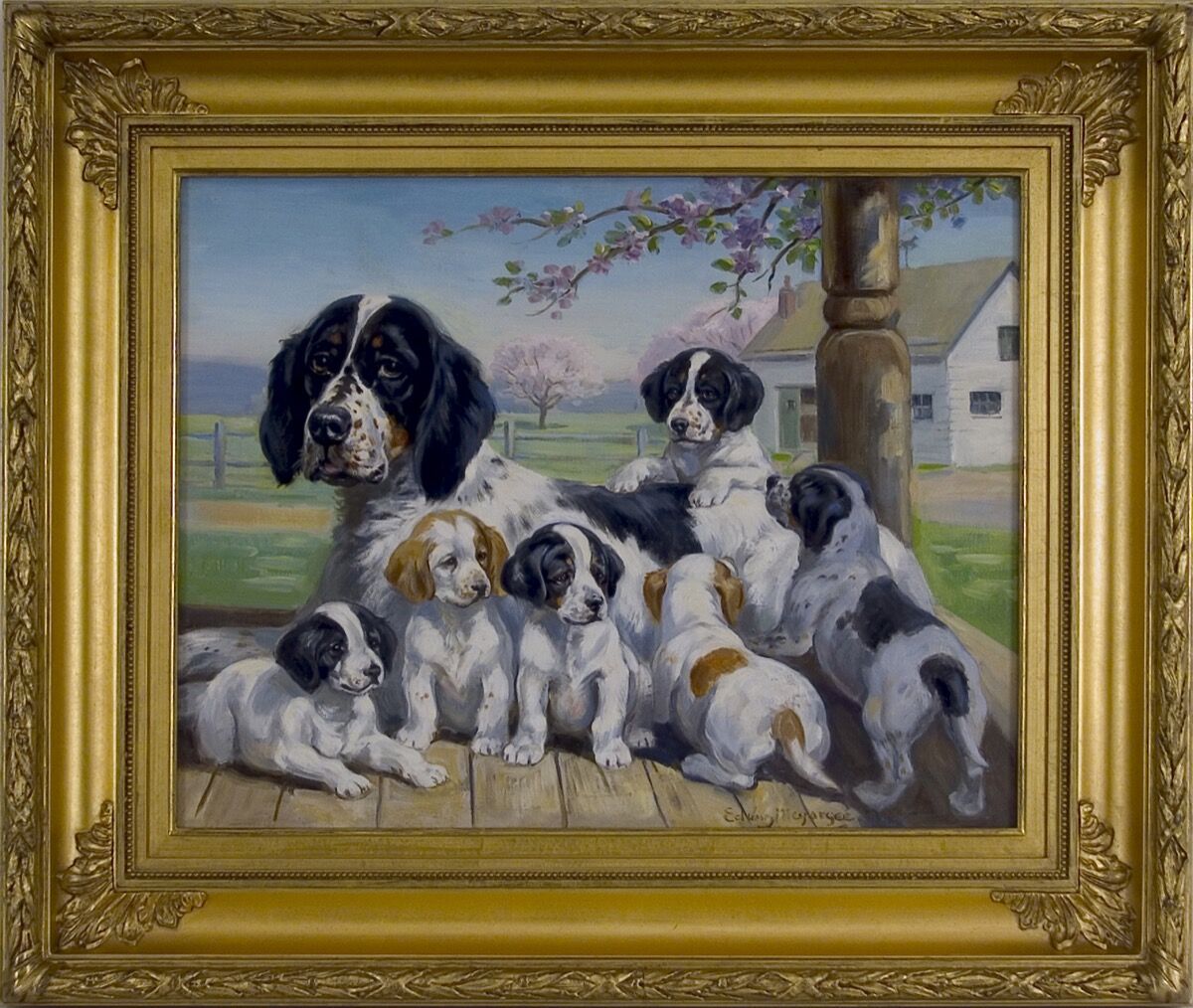 Secord’s change of heart began in the 1980s, while he was working for the American Museum of Folk Art. His boss, Robert Bishop, was a great lover of dogs—he had a particular fondness for Manchester terriers and Doberman pinschers and had even published a book in 1978 titled The All-American Dog: Man’s Best Friend in Folk Art. So when the American Kennel Club decided it was going to open a museum in New York, Bishop was a natural choice for director.
Rather than accept, Bishop recommended Secord for the position, and after six long months of interviews, he landed the job. But as Secord took the reins, he realized something about the American Kennel Club: “They didn’t know anything about the history of dog paintings,” he said. Though they were deeply passionate about their breeds, they had very little knowledge of the artists who had depicted them for centuries.
Secord himself was already well-versed in art history: He held a bachelor’s degree in the subject, worked two years in a contemporary gallery in Toronto, and earned a master’s in arts administration from New York University. He was primed to dive headfirst into the little-known world of dog painting, a process he described as “trial by fire.” 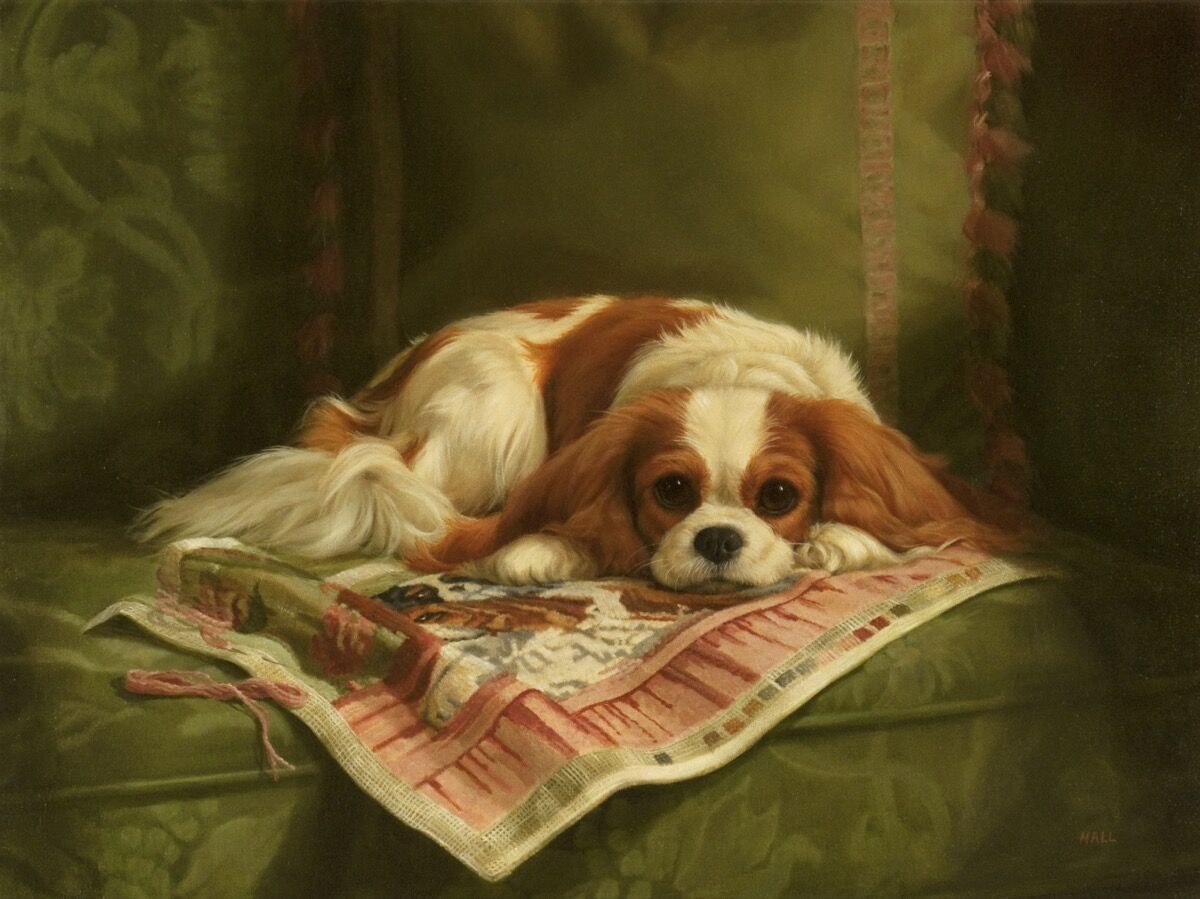 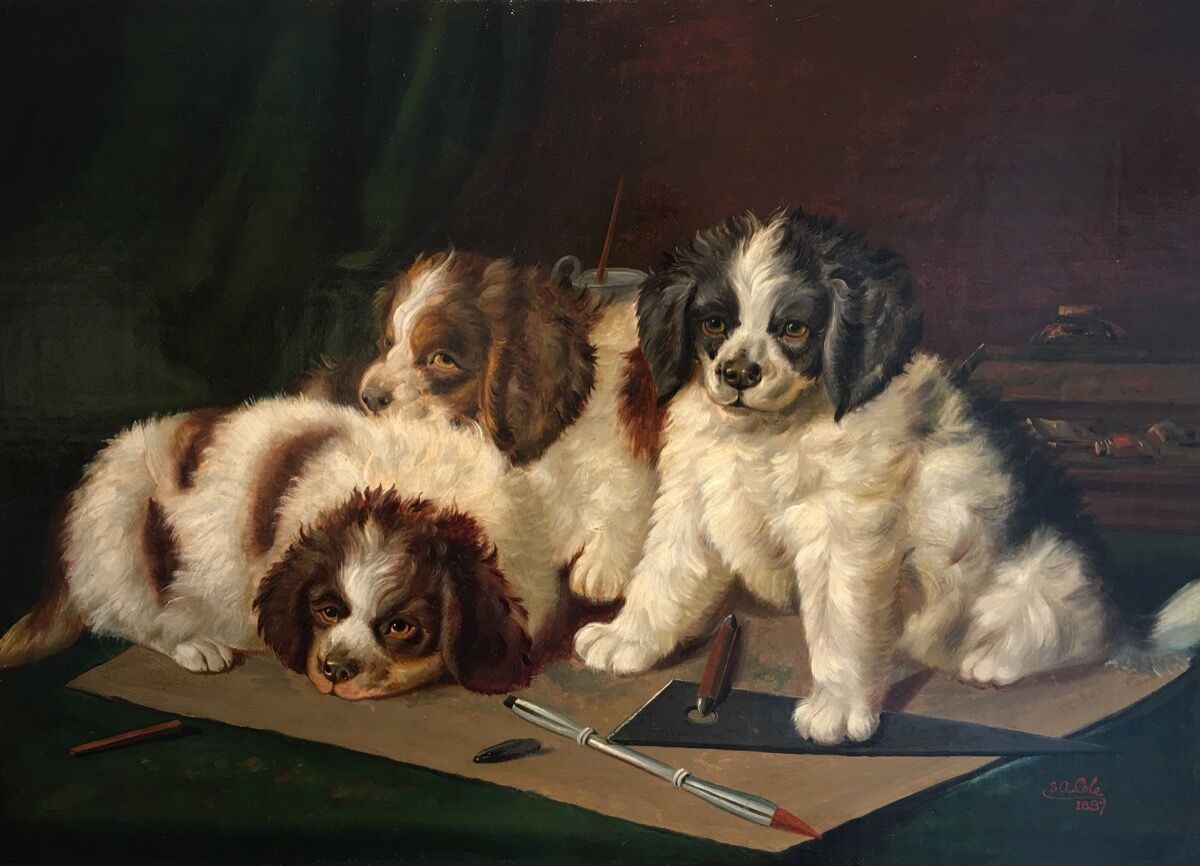 Advertisement
As Secord and his staff renovated the museum space and built up its collection, they managed to have some fun as well. Their 1984 show “Pampered Pets” featured powder-pink galleries and a lavender accent wall. “It was all very frou frou,” Secord recalled. “We had two fashion shows for dogs with runways that were painted pink. Every newspaper in the city covered it because it was so kooky.”
And then, in 1986, the American Kennel Club announced that the Dog Museum of America would be moving to St. Louis. (It has since been re-named the American Kennel Club Museum of the Dog.) Secord decided to stay in New York, but to stick with dog painting—this time as a gallerist.
“At that point, I’d gotten interested in it. And I saw an audience. These people were passionate about their breeds,” Secord said. He recalled one woman who donated her 300-piece Old English mastiff collection to the museum. “And some collectors were actually interested in the history and development of their breed through works of art.”
Dog paintings first gained popularity in 19th-century England, during the reign of Queen Victoria, who was besotted with canine companions. She kept some 75 dogs in her Windsor kennels at all times, employing painters like
Edwin Landseer
to memorialize them in oil. Today, Landseer—along with his contemporaries Maud Earl and John Emms—are considered the giants of pet portraiture, with work that sells for tens or even hundreds of thousands of dollars. 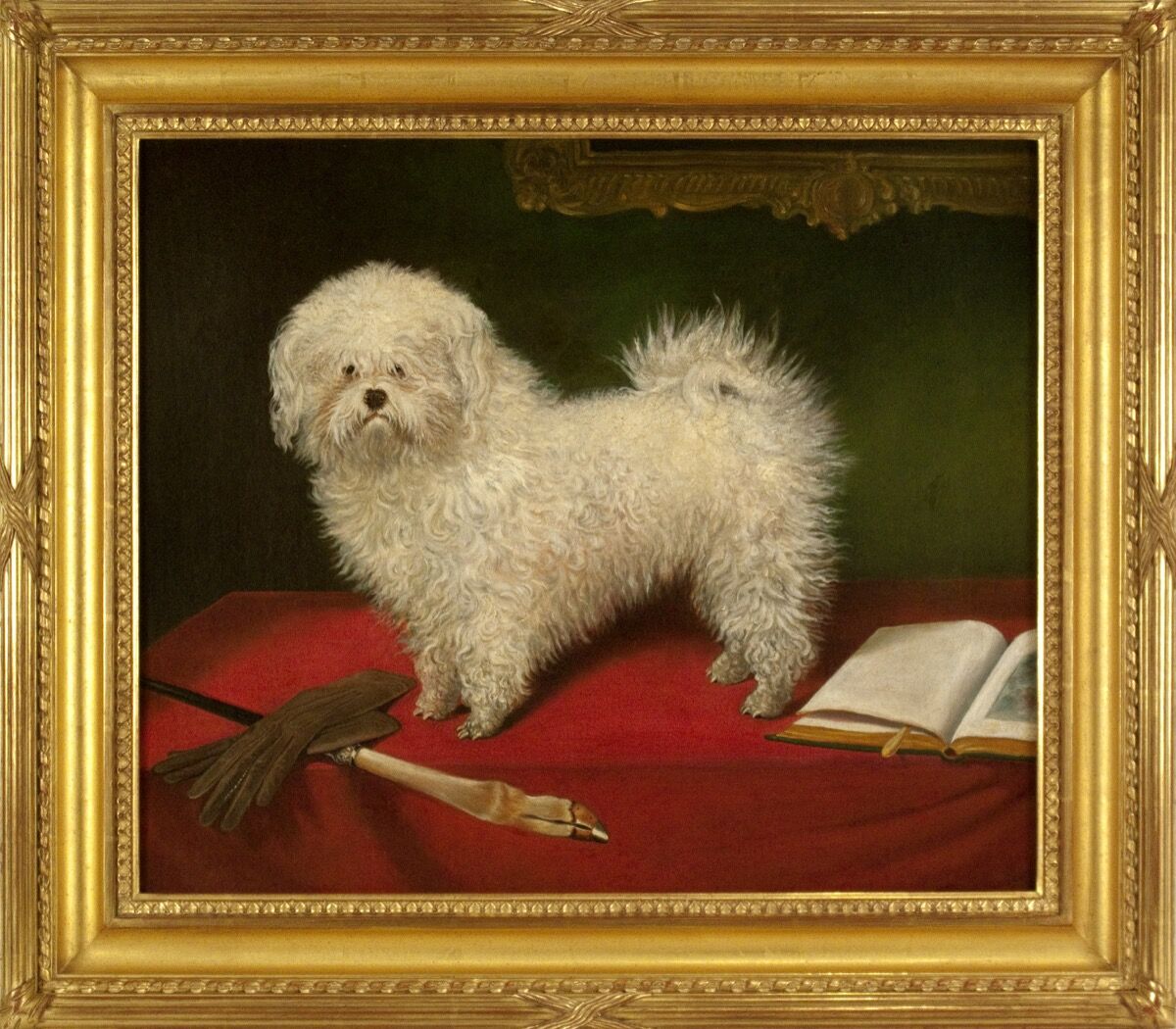 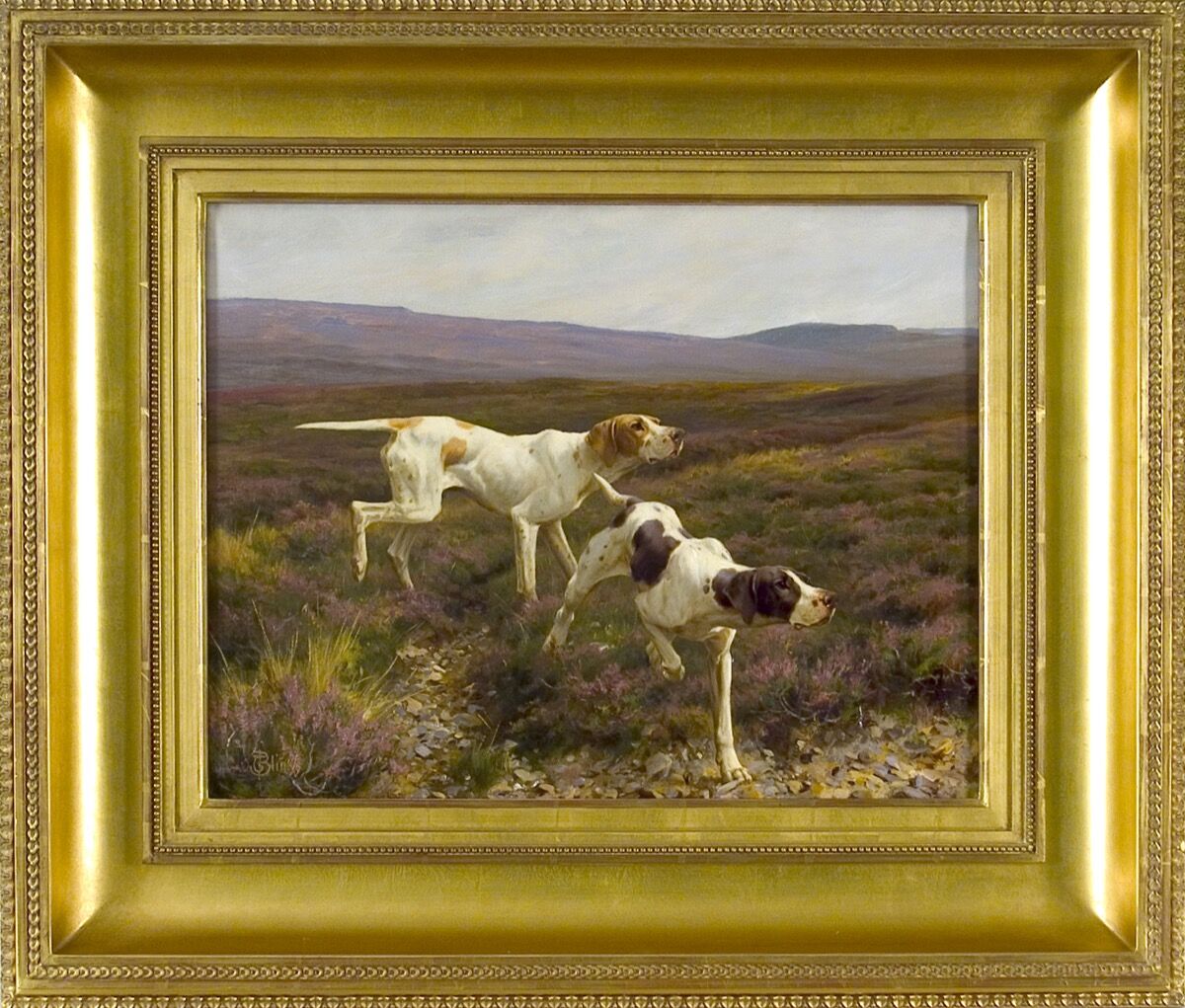 Beyond these pet portraits, Secord said, the genre can be divided into two other major categories: purebred dog portraits, which depict the animal in a standard show pose, and sporting dog portraits, which focus on performance rather than looks.
Secord published much of this history in 1992 in his first book, Dog Painting, 1840-1940: A Social History of the Dog in Art. Although his gallery had been open for two years by this point, the dealer said it was the book that truly put him on the map. It opened with a glowing forward from New York socialite Brooke Astor, whose dog painting-studded staircase has been credited with re-popularizing the genre for interior decorating.
Canine-centric collectors, who had once perused antique stores for paintings, began to turn to Secord as their one-stop shop. Slowly, he worked to elevate the genre beyond its “tchotchke” status. “My whole thing was to treat paintings of dogs as works of art,” Secord said. “Not just as decoration.”
“Just as there are good, bad, and indifferent portraits by
Gainsborough
or
Reynolds
,” he went on, “there are good, bad, and indifferent dog paintings. I wanted to have dog paintings taken seriously as Victorian works of art.” 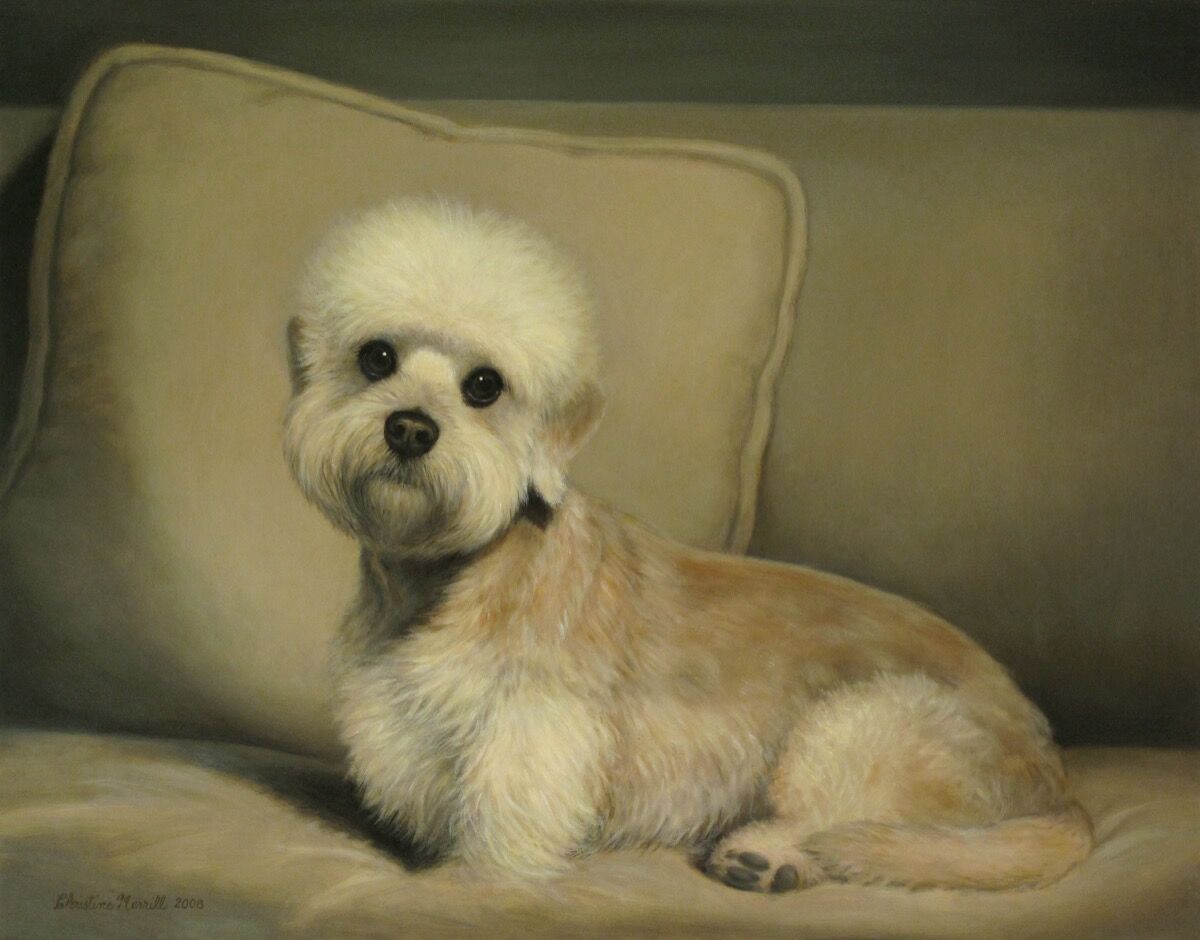 Today, many are. Secord recently sold a John Sargent Noble painting of otterhounds to the Museum of Fine Arts in Houston, a work which now resides in the institution’s 19th-century collection.
In the process of redefining dog painting’s place in the art-historical hierarchy, Secord estimates that he’s become the world’s leading expert in the field. “I’m not bragging, that’s just the way it is, because nobody else wants to be,” he said. “I never set out to write the history of dog paintings. It was serendipitous, really.”
He never set out to collect dog paintings, either—“I can’t afford it,” he explained—but he has managed to acquire a handful of works over the years. One is a portrait of his last dog, a Dandie Dinmont terrier named Rocky, painted by contemporary dog artist Christine Merrill. Another is of an anonymous English mastiff, which he purchased at age 16 from an antique store in his native Canada. “It wasn’t because I was interested in dogs, I just bought it because it was nice,” Secord recalled. But, somehow, that teenaged whim managed to predict the rest of his career.
Serendipitous, indeed.
Abigail Cain
Related Stories