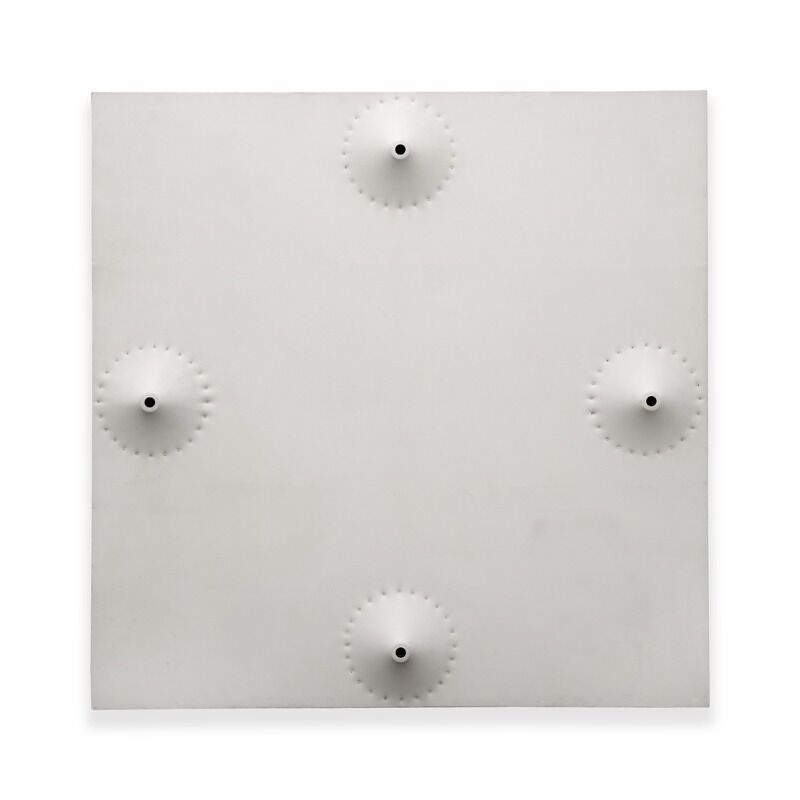 Norio Imai
Work - Four sides, 1965
Axel Vervoordt Gallery
As a second-generation Japanese
Gutai
artist, Imai created works that communicate a strong sense of materiality. While some of his contemporaries trampled in mud, worked with bells, or splattered canvases with squiggly lines of red, blue, and yellow, Imai produced work that surprises with its steely quietness.
Taking heed of Gutai’s anti-essentialist beliefs, Imai laid readymades onto a flat surface, before covering them with stretched white canvases. The artist’s current exhibition at Axel Vervoordt testifies to his awareness of space. Simple forms—circles, dots, and horizontal lines—are distilled into, or rather beneath, white canvases that speak of complex emotions and point to a multitude of references. 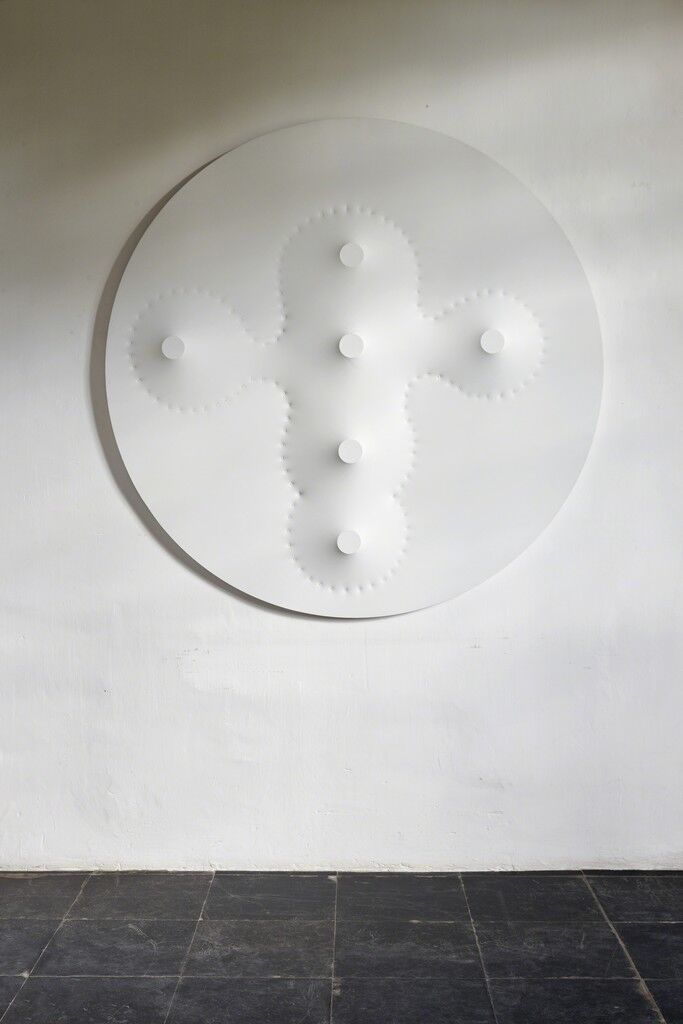 Norio Imai
Work - Circle F, 1964
Axel Vervoordt Gallery
With the hidden objects thus stripped of their functionality, the viewer’s gaze is directed towards the shapes and lines of the objects, which are, in fact, inverted speakers (as in Work - Circle F, 1964 and Work - Four sides, 1965) and a metal bar (as in Work/a - Five Parallels, 1965). Given the contemporary resonance of Imai’s works, it’s all too easy to forget that these white sculptures were made in the mid-’60s, when a post-WWII Japan was still pervaded by a sense of defeat and depression. Speakers which one might expect to be blasting noise and tunes instead emit only an eerie silence as one enters the gallery space. One is reminded of Japanese funerals of decades past, where family members wore white kimonos and suits. 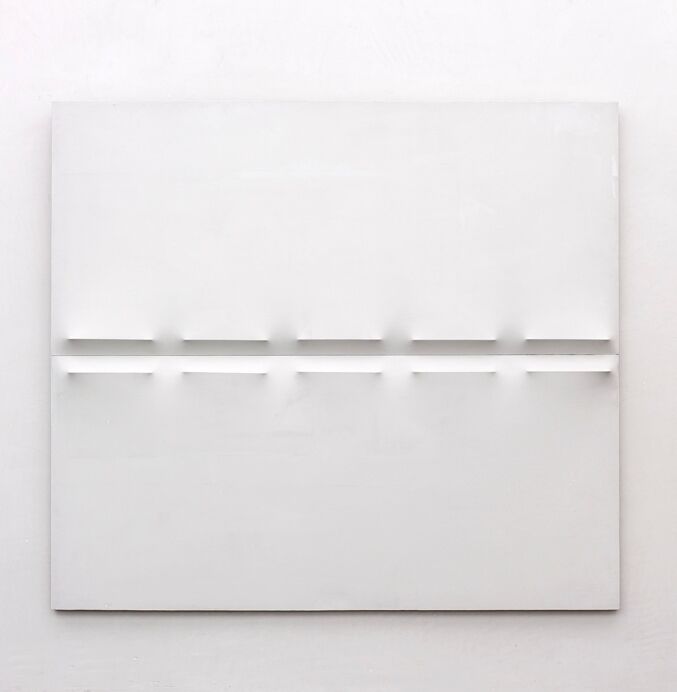 Norio Imai
Work/a - Five Parallels, 1965
Axel Vervoordt Gallery
Advertisement
A sense of reverence also runs through the works on display; while Work - Circle F depicts a Christian cross, Work - Four Sides is a stringent exercise in the balance of perspective and space.

Imai’s works find a precedent in those of
Marcel Duchamp
. Yet, while pieces by the latter artist force the viewer to confront them directly, Imai’s prod us to contemplate on that seemingly unspeakable void between the object and the canvas; what transformative power does art have? And what role does it play during a time of grief? It’s a question that we—and perhaps also Imai himself—might never get an answer to. 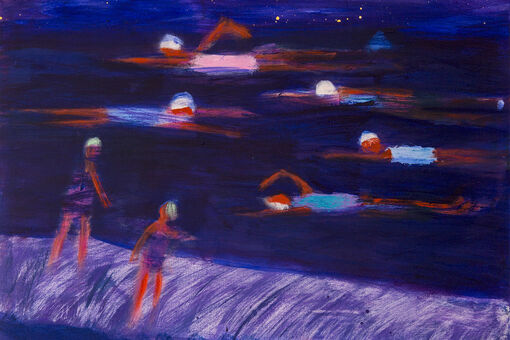