Once Called the Eighth Wonder of the World, This Art Collection Was Actually Full of Fakes 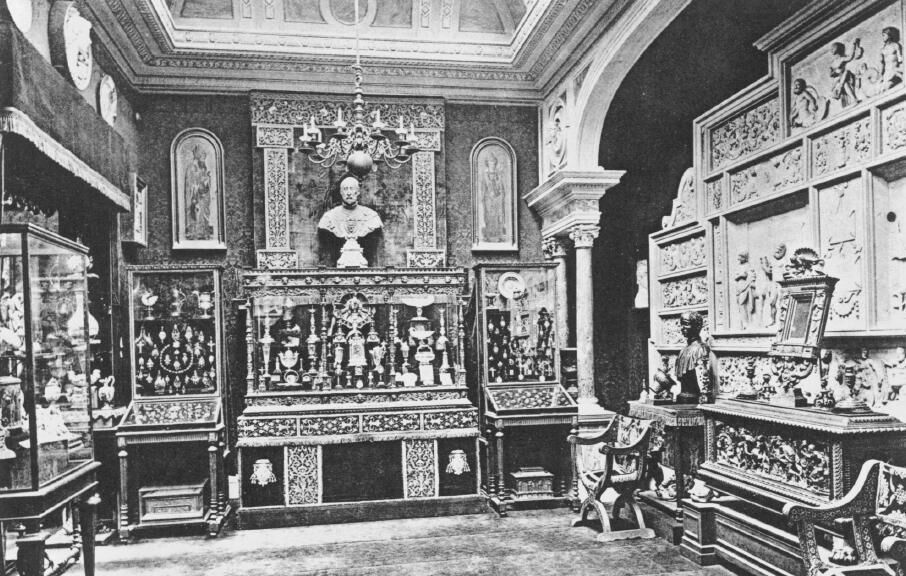 The interior of Spitzer’s Paris home.

“The Spitzer collection has, in the estimation of connoisseurs and amateurs, at least, long been the eighth wonder of the world. Now and then its possessor has allowed glimpses of it to be seen in exhibitions, but, as a rule, it has been locked and barred against vulgar or elect eyes in his roomy mansion in the Rue Villejuste, Paris, which it stuffs like a sausage from cellar to roof,” reads a short entry in The Collector journal published in 1890. At the risk of stating the blindly obvious, it is no longer the late 19th century.
Today, Frédéric Spitzer, who amassed those thousands of medieval and Renaissance wares, is not a household name. No longer tucked away in Spitzer’s home, your “vulgar” eyes can easily gaze upon Spitzer’s collection in major museums—from the Frick, to the Met, to the British Museum. But while Spitzer’s fame has faded, his business practices were pioneering and are remarkably familiar to our contemporary sensibilities—well, except that he forged or modified works in his collection and claimed they were authentic.
Spitzer had the keen understanding that selling a work of art was about more than the work itself, something detailed in a recent talk focusing on Spitzer by Paola Cordera, a fellow at the Center for the History of Collecting at the Frick. “He was really able, and capitalized on, the growing demand for decorative art among a growing bourgeois class,” Cordera said. Indeed, Spitzer’s success came partially from being one step ahead of trends, snapping up works when they were out of vogue and selling them later at markup. From the way he cultivated an aura of art-historical authority by commissioning scholarly texts, to his use of personal relationships to foster clientele, Spitzer was ahead of his time. So, it turned out, were some of the works in his collection. Employing the services of goldsmith Reinhold Vasters (and likely others in Germany), Spitzer had a great number of pieces forged in a foundry in Aachen and sold them as legitimate 15th-century objects.
Born in Vienna in 1815, by some accounts to a father who was a grave digger, Spitzer’s ambition far exceeded dealing with dead bodies. Instead, he turned his attention to dealing medieval and Renaissance art, first striking it big when he resold a
Dürer
engraving at a huge profit. After establishing his business in London in the 1840s, Spitzer moved to Paris in 1852. There, he cultivated relationships with prominent and influential figures (which likely helped him weather the transition as Napoleon III’s Second Empire gave way to the Third Republic). So stocked with works was his mansion, located near the Arc de Triomphe, that it became known as “Le musée Spitzer.”
Despite the lofty title, Spitzer’s home was not a museum but more of a cross between a residence and a gallery. It was there that the upper crust of society came to view the works and to buy them. Franz Liszt could sometimes be heard playing the piano.
John Singer Sargent
was a known presence. Among his clientele were magnates like the Rothschilds and William Randolph Hearst. His practice of showing a number of works together, mixing the good with the not-so-good with the forged, arranged by school or nationality rather than simply chronology, was a style of exhibition that went on to influence European museums at the time. 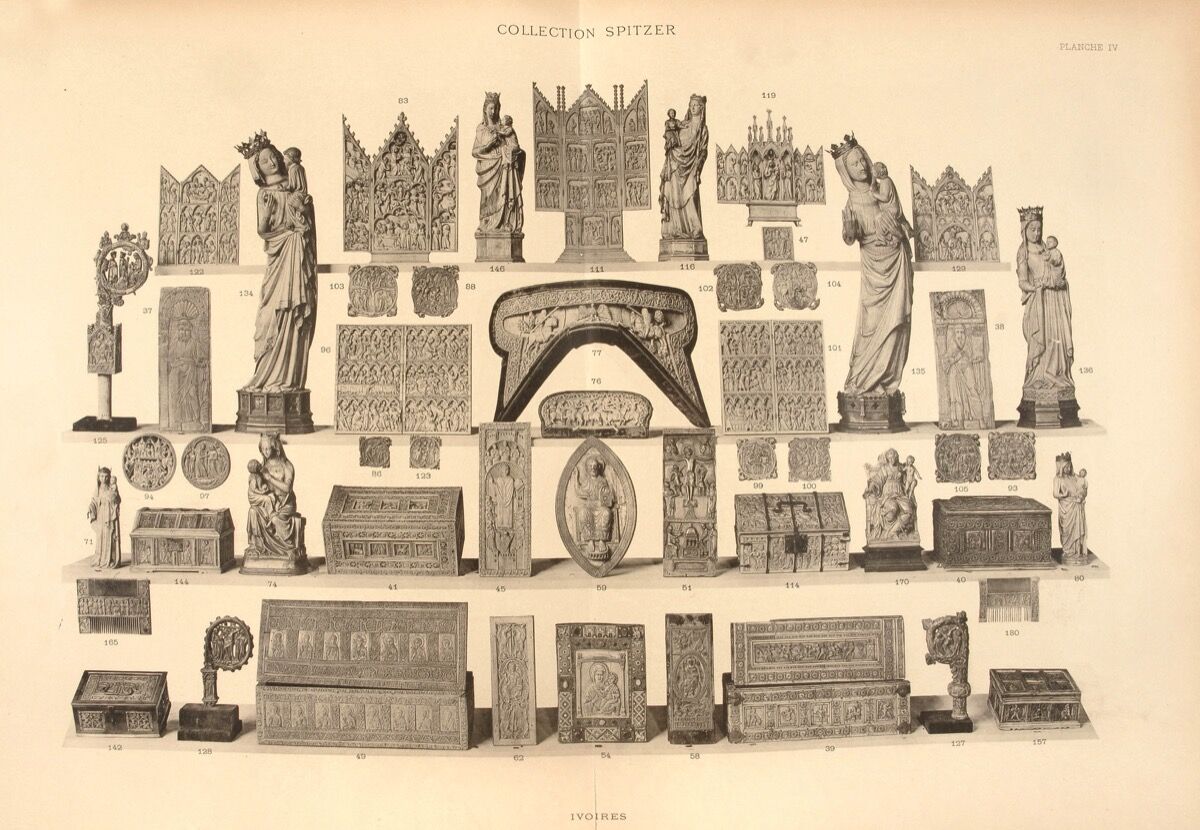 A page from the catalogue for the 1893 auction of works from Spitzer’s collection.

Such was the collection’s reputation that when a large chunk of these pieces hit the auction block in 1893, three years after Spitzer’s death, it was heralded as the “sale of the century” and papers across the world buzzed with hype. The auction stretched over 38 days, and by the end had netted more than 9 million francs—or $60 million in today’s dollars, by Cordera’s calculations. “The reason for this success is that making an acquisition from Spitzer’s collection was regarded as invaluable investment, both with respect to the quality of object and to increase the purchaser’s reputation as a collector,” Cordera said.
Spitzer’s duplicity wasn’t known during his lifetime. For years, despite some doubts swirling at the time of the 1893 auction, the collection was treated as a sacrosanct indication of quality and pedigree. According to Cordera, it wasn’t until the early 1900s that curators in Germany began to forcefully assert that some of the works in his collections were out-and-out fabrications or heavily restored to a point that threatened their authenticity. In 1978, a scholar unearthed over a thousand of Vasters’s drawings. Among the documents were clear instructions for how to craft the medieval and Renaissance objects they depicted. The revelation cast doubt upon many pieces, including some 45 works in the Met’s collection. In response, the museum removed some from display.
One fascinating photograph of Spitzer taken by
Nadar
shows the dealer covered head to toe in Renaissance regalia. Idle make-believe? Perhaps. But a desire to restore the past, to imagine what was, to own history—these impulses all drove collectors at a time when nascent industrialization and the violence of Napoleonic conquest had irreparably altered the world. Despite his forgeries, Spitzer remains an important, if all-too-unknown figure. At the very least, his story serves as a cautionary tale: When one encounters a collection of works so numerous they stuff a house “like a sausage,” one should always inquire about how they were made.
Isaac Kaplan is an Associate Editor at Artsy.
Related Stories