One of China’s Most Expensive Artists Gets a Global Rebrand 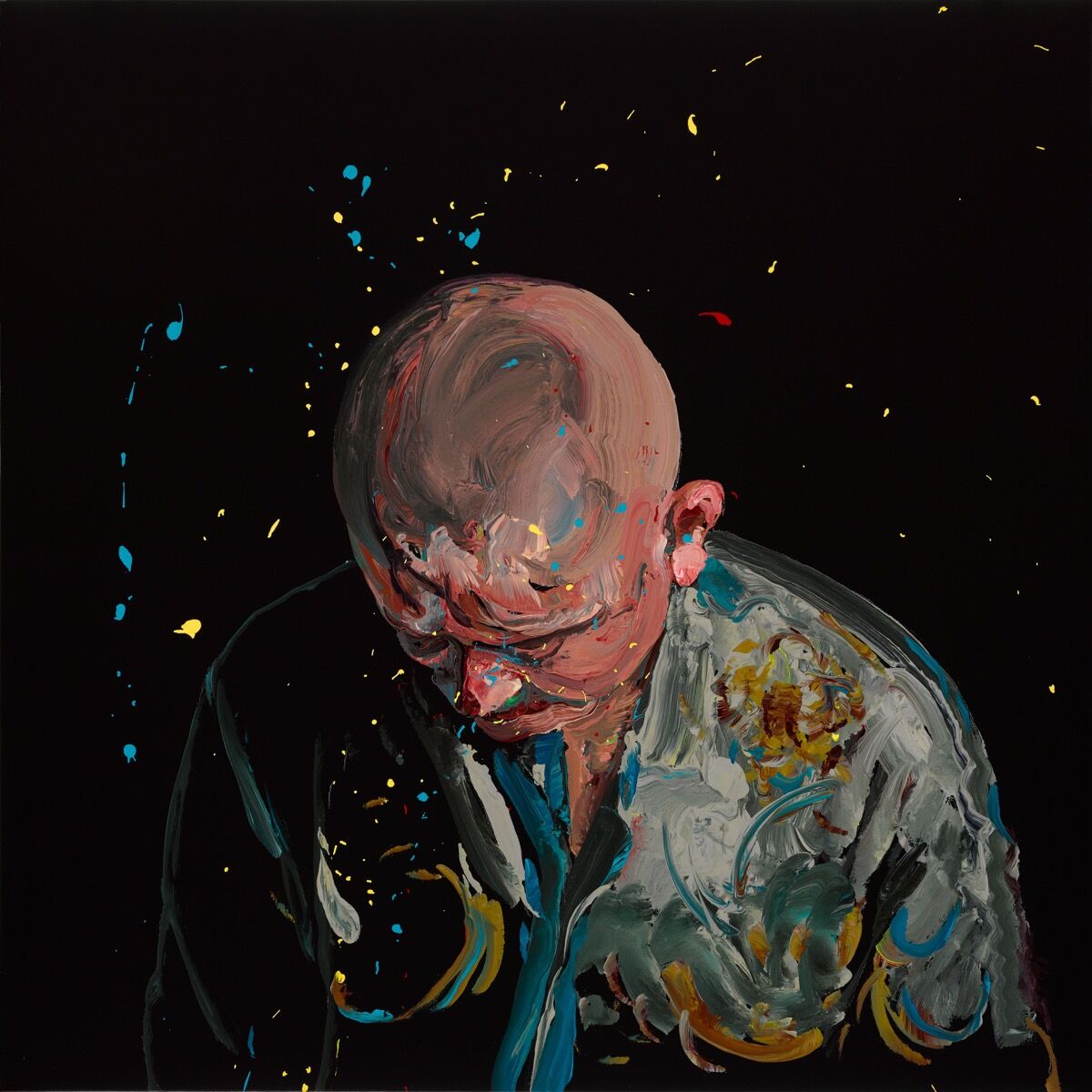 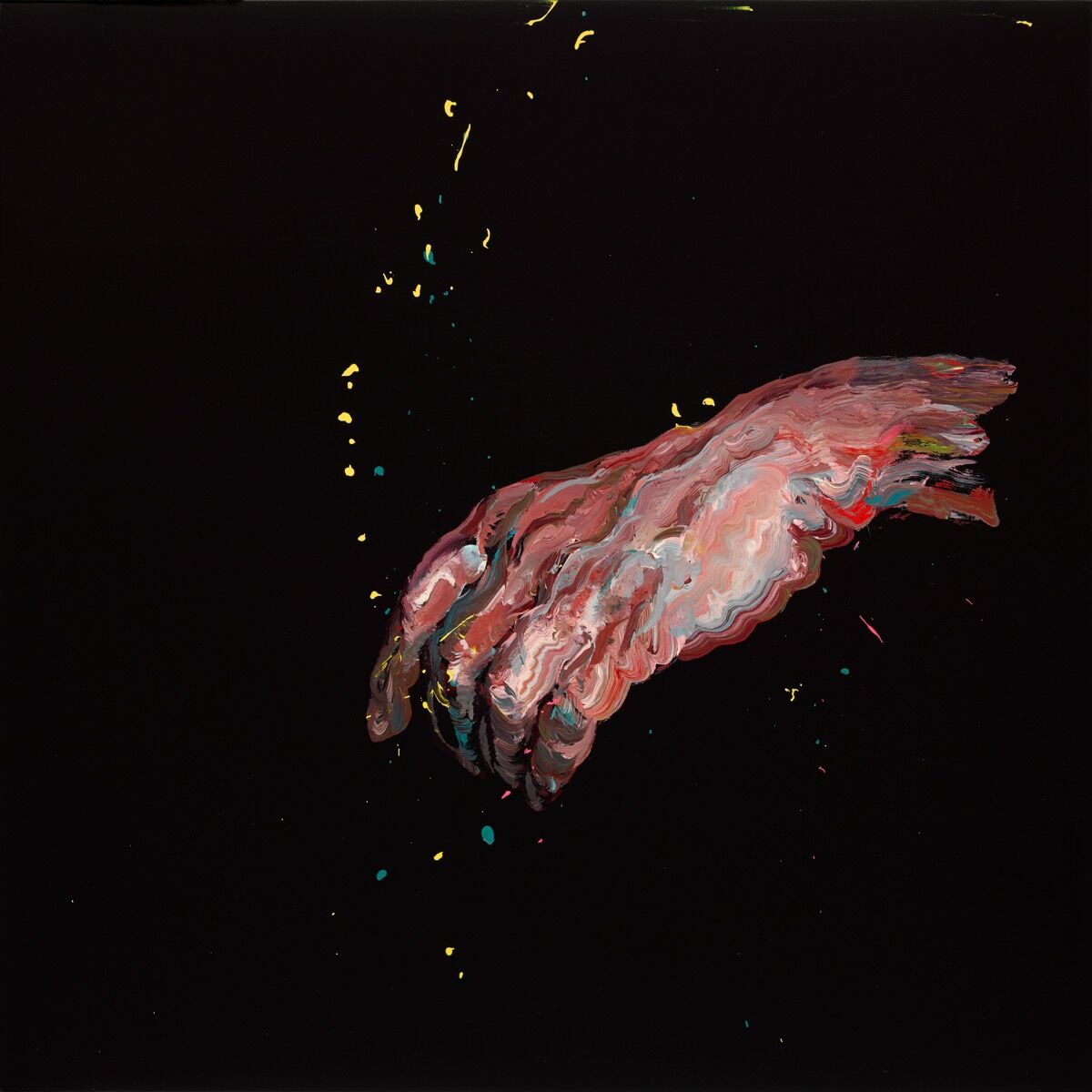 Visitors to
Zeng Fanzhi
’s studio often comment on his appreciation for the finer things in life. They remark on his Hermès leather-topped desk, his Rolex Submariner, and his Armani slacks. That he prefers to purchase the predictable leaders in each categories—vintage Bordeaux wine, for instance, and cigars, inevitably, from Cuba—is emblematic of a challenge for those trying to interest people in his painting, and not his prices. Is Zeng himself now too established a commodity to generate much enthusiasm in the art world?
For a certain kind of collector, as well as journalists looking for an objective measure of worth, Zeng’s sales successes serve as a proxy for quality. The fact that his Last Supper (2001) set records when it went for over $23 million at Sotheby’s Hong Kong in 2013 is enough to establish his merit. But being one of China’s most wealthy, expensive, and coveted contemporary artists—a category leader, just like his Rolex—is something Hauser & Wirth has studiously avoided in presenting Zeng for the first time this fall.
That’s not to say that the Swiss gallery is playing down its relationship with Zeng. It launched the relationship with the force of a trebuchet, giving him a trifecta of overlapping shows entitled “Zeng Fanzhi. In the Studio,” which began in Zurich on September 22nd, in London on October 2nd, and in Hong Kong on October 8th. 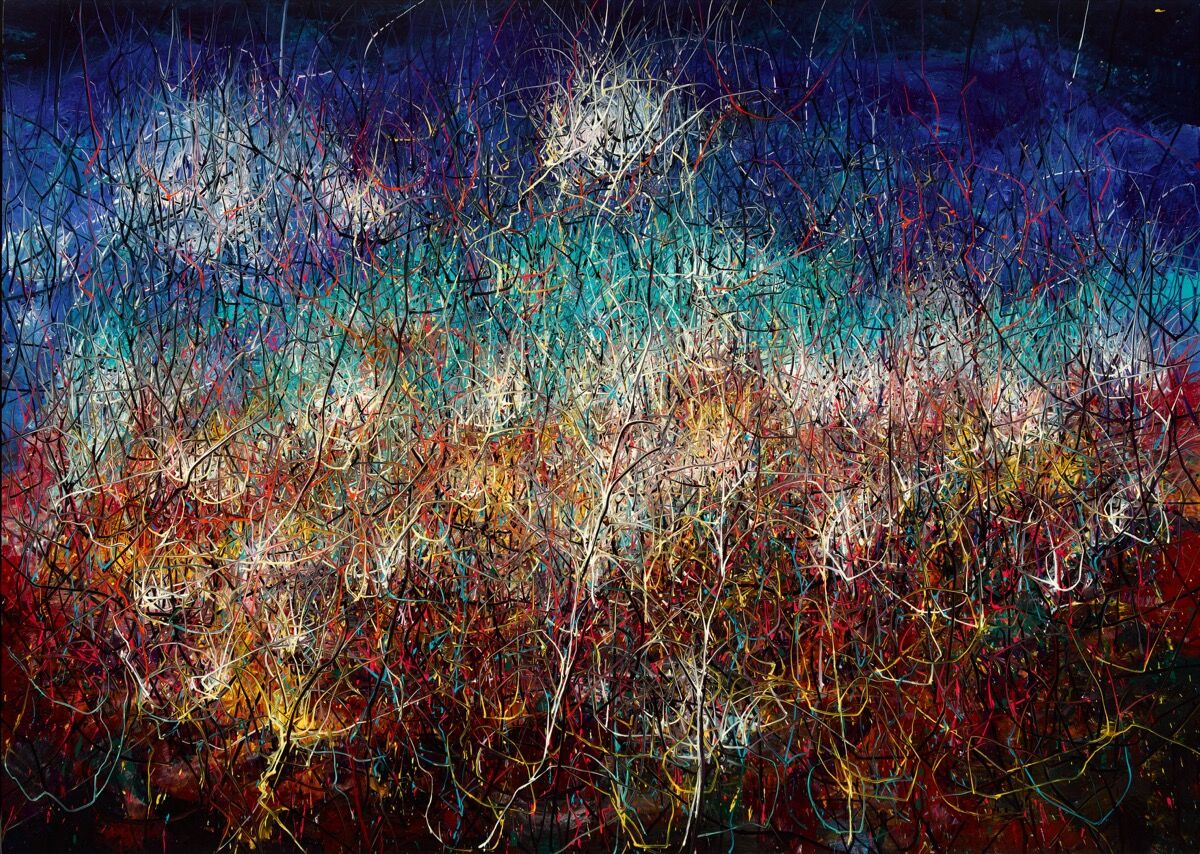 “A three-part show of this scale is a remarkable occurrence and not something we’ve done before,” said Fiona Römer, director at Hauser & Wirth’s Zurich gallery, who worked closely with Zeng on the shows. “We saw that Zeng Fanzhi’s new body of work could have diverse and broad appeal, so we took the opportunity to give it exposure with a range of international audiences at once.”
To shift the conversation away from Zeng the commodity, Hauser & Wirth has endeavored to emphasize the different threads of his practice, showing new abstract landscapes in Zurich, portraits in London, and amalgams of Chinese and Western representation in Hong Kong. Zeng says this approach “reflects my typical studio practice since I simultaneously create pieces of different styles—the figurative is informed by the abstract, and vice versa.”
Zeng’s practice is indeed diverse, and it continues to evolve. While the new works on show in Zurich are clearly descended from earlier landscape paintings—in which thick black brambles obscure images of muted blue and vivid pink scenes populated with animals, statues, or people—the new works black out the background and foreground the bramble shapes themselves, which become bright, gestural and wholly abstract, suggestive of nebulae, neural imaging, or colorful wires in a server room. A roughly 98-by-138-inch work in this series, Untitled (2018), is selling for $3 million.
The London exhibition, timed to coincide with Frieze, gives a fuller picture of Zeng’s development over the course of his career. Painted when he was still a student at the Hubei Academy of Fine Arts in Wuhan, Smiling Beck-ning (1989) draws stylistic influence from
Max Beckmann
. Its subject is painted in thick white and red, looking heavily made-up and Ronald McDonaldesque, with a half-smile that could just as easily be a grimace. It’s a work that presages Zeng’s most famous paintings, his “Mask” series (from the mid-1990s), which played a defining role in communicating the trauma and estrangement of post-Cultural Revolution China. 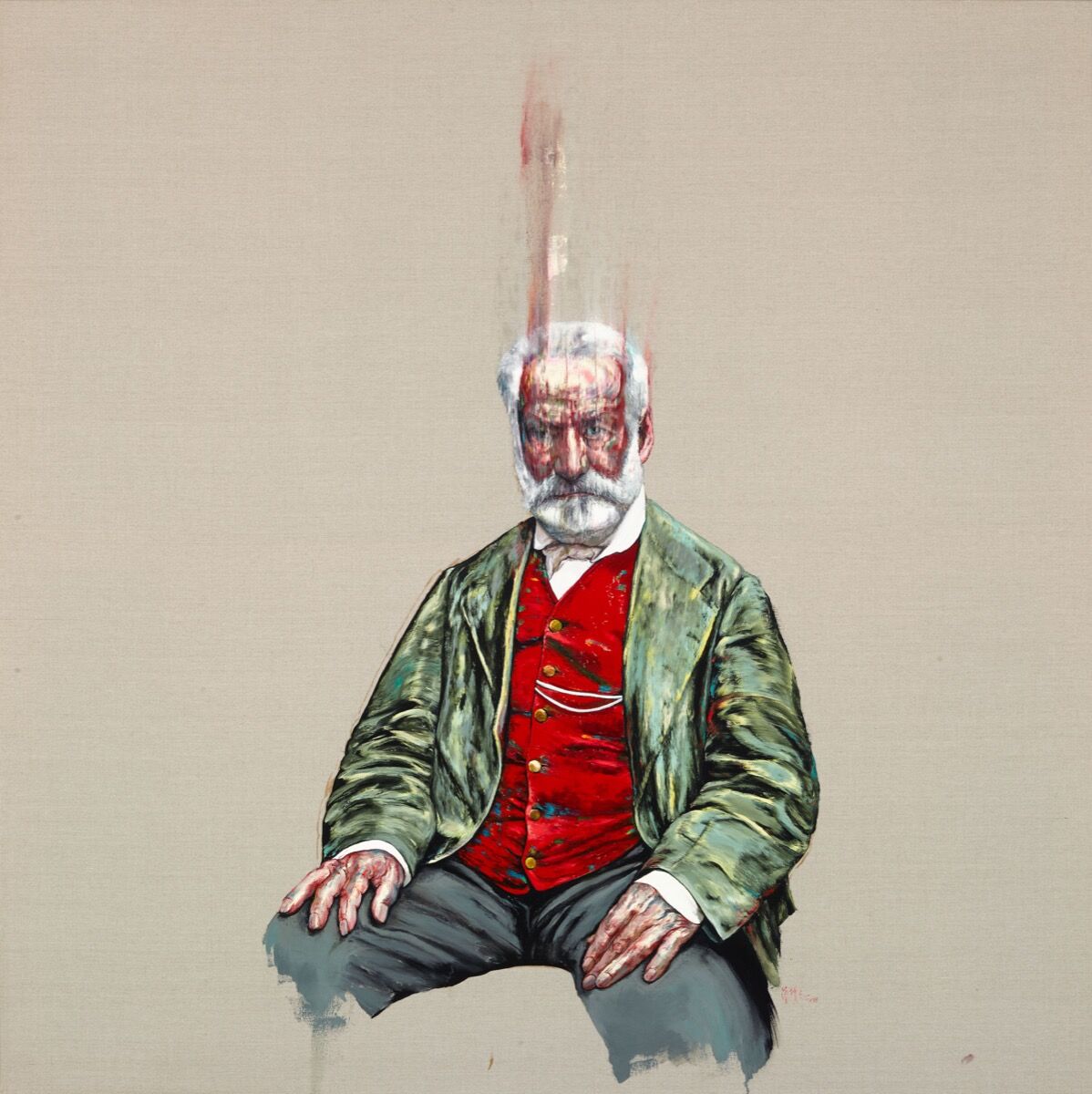 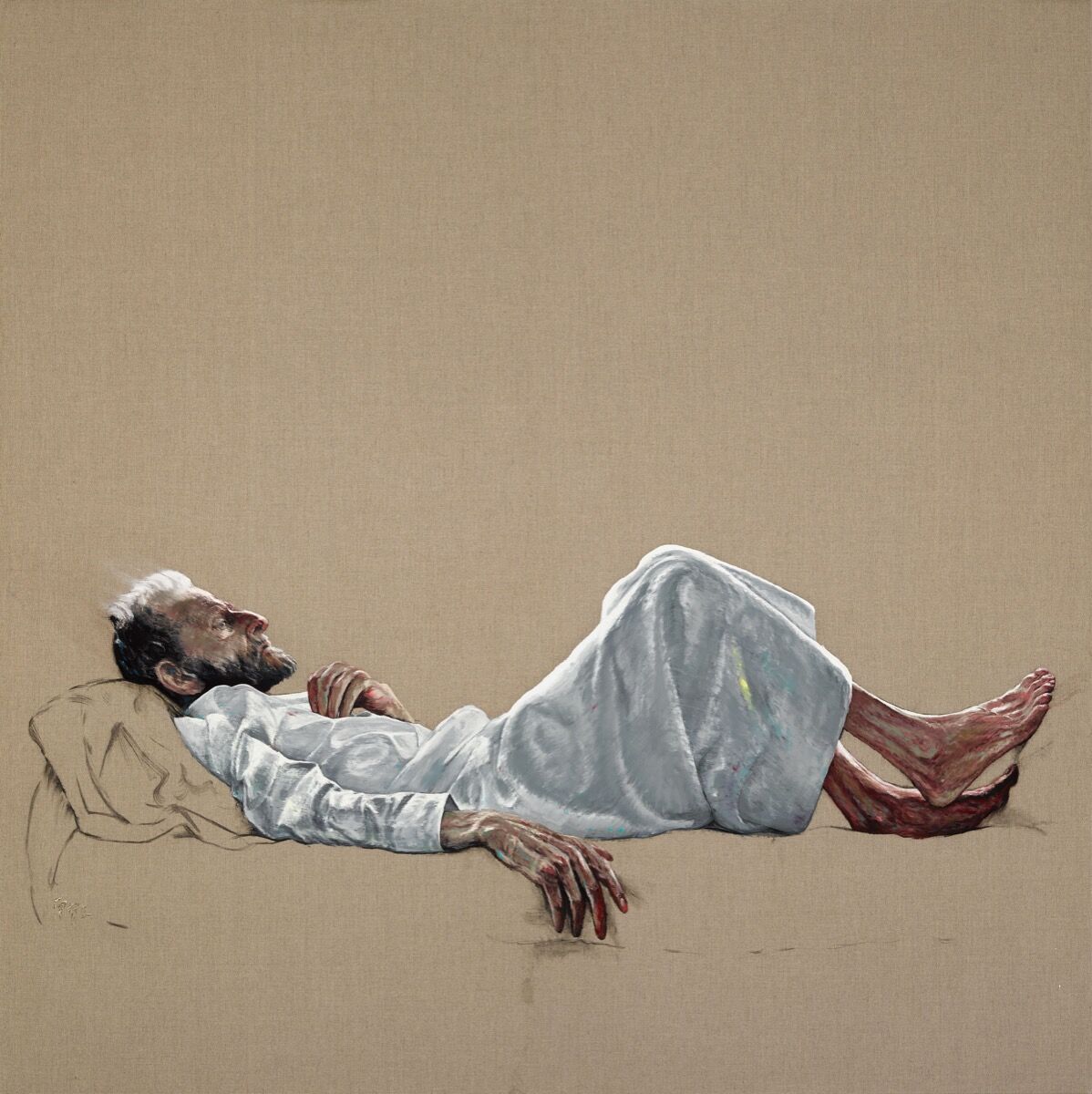 Advertisement
Zeng has remained a student of Western portraiture throughout his career; some of the more recent works on show in London are paintings of Victor Hugo (priced at $1 million),
Lucian Freud
, and
Francis Bacon
. These portraits, however, are depicted on bare backgrounds reminiscent of Chinese flower and bird painting, establishing Zeng’s cultural omnivorousness. For the Hong Kong show, Zeng likewise cooks up a fusion of Chinese and Western styles, with gnarled trees—a common subject of Chinese ink painting—depicted instead in built-up oils inspired by
Paul Cézanne
. Works at the Hong Kong ranged from $150,000 for a small pencil drawing on paper to $2 million for a roughly 39-by-130-inch oil-on-canvas landscape, according a price list seen by Artsy.
Iwan Wirth, the president and co-founder of Hauser & Wirth, met Zeng Fanzhi on a visit to the artist’s studio in Beijing two years ago. “I had admired Zeng Fanzhi’s work for several decades,” Wirth said, but it was “his extremely interesting new body of work” that made the dealer want to work with him.
Wirth said he would like to help Zeng “craft a strong legacy” by bringing his work to new, international audiences, and by providing more context for its creation. In addition to the usual artist’s talks and academic events, Hauser & Wirth Publishers will release a book on Zeng Fanzhi this November, with essays by art historians David Anfam and Fabrice Hergott. The gallery is also supporting the publication of a catalogue raisonné of Zeng’s work, documenting the first 20 years of his career.
Zeng and Hauser & Wirth both emphasized their shared interest in “education and research” as integral to their new relationship, but one of the wealthiest contemporary artists in China isn’t teaming up with one of the wealthiest galleries in the world to edit each other’s essays. Zeng is a good commercial get for Hauser & Wirth, which doesn’t have a lot of Chinese artists in its stable. Of the 78 artists listed on its website, only one other—
Zhang Enli
—is Chinese, but the gallery has made a clear pivot East this year. Building inroads into the second most valuable art market in the world, it opened its Hong Kong gallery in March. 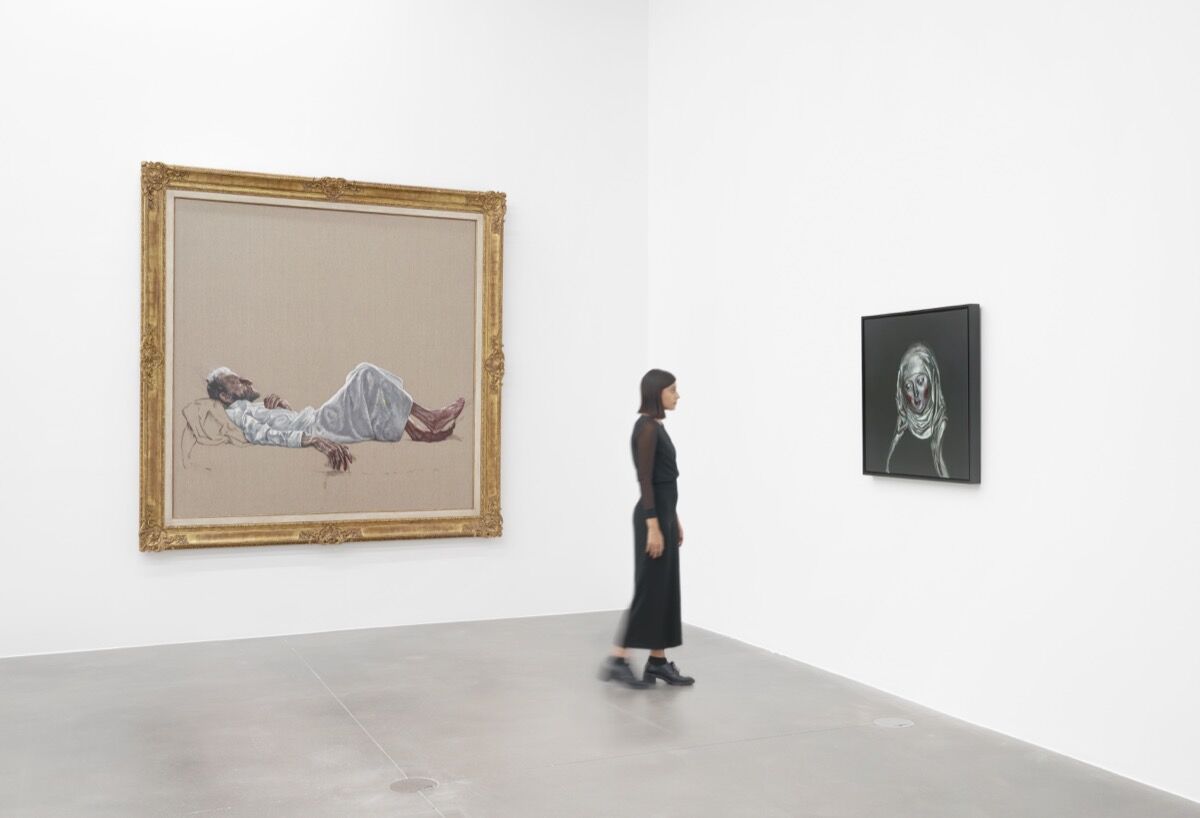 Zeng is already represented by ShanghART in Shanghai, Beijing, and Singapore, and by Gagosian everywhere else, including Hong Kong, since 2011. Zeng says he will keep cooperating with both. “Both of them have traveled with me along my ‘art journey,’ which can be lonely for an artist. Galleries become like friends and teachers,” he said.
According to the director of ShanghART, Lorenz Helbling, Hauser & Wirth’s triple-exhibition “is a healthy challenge for the artist, and also for the galleries. But besides that, the aim is always that more people see, understand, and understand more deeply the work of an artist.”
What Hauser & Wirth can offer that ShanghART and Gagosian can’t is a slightly different positioning. Sylvain Levy, the Paris-based collector who holds one of the most important private collections of Chinese contemporary art, and who purchased his first Zeng Fanzhi in 2006, said “both galleries are among the big five,” but Hauser & Wirth feels somehow “more exclusive.”
Levy, for one, doesn’t see Zeng’s expansive practice and growing representation as an obstacle to his art making. “
Picasso
also had a very large and diverse production,” he said. “It’s important to be visible and omnipresent, to have a brand.”
And for galleries well aware that 32% of global sales come from just 0.2% of artists who sell work for more than $10 million, it’s important to have artists like Zeng on the books.
Sam Gaskin
Related Stories