How Pace Gallery Helped Turn Experiential Art into an Industry 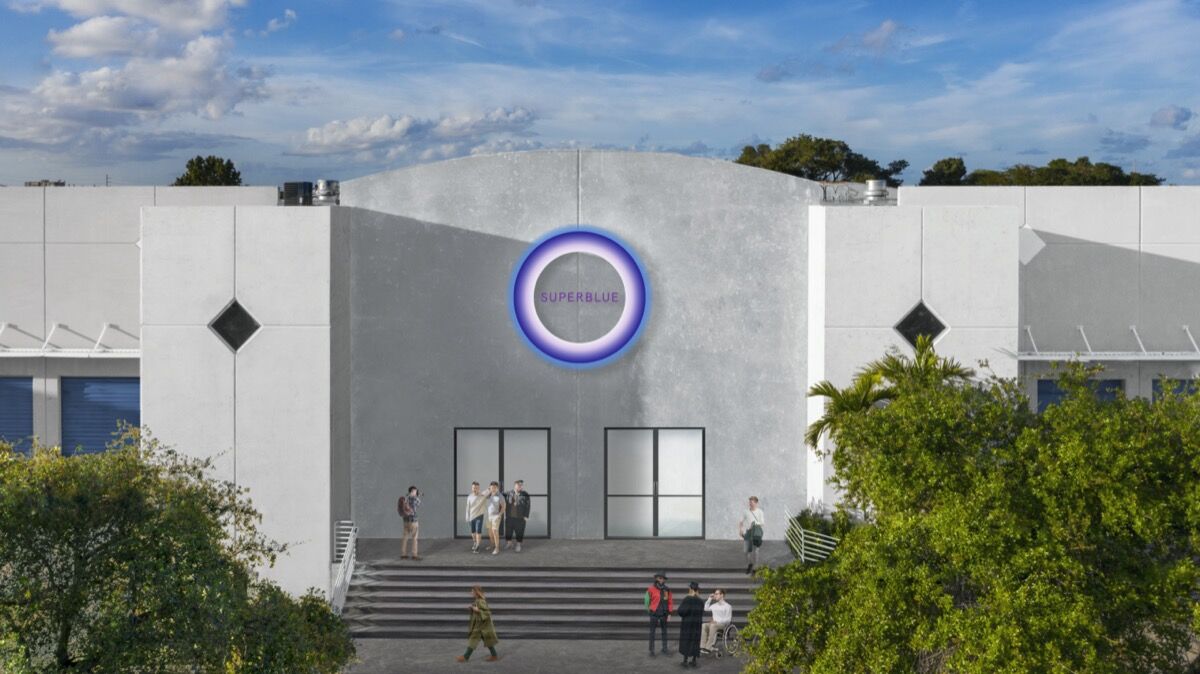 This December, after months of tumultuous change in the art world brought on by the pandemic—including, this week, the cancellation of Art Basel in Miami Beach—a new experiential art center will open in Miami. The venture is the first of several in the works from Superblue, which grew out of Pace Gallery’s PaceX program but functions as a completely separate enterprise from the gallery.
The 50,000-square-foot building located across the street from the Rubell Museum in the Allapattah neighborhood will showcase large-scale installations and performances by artists such as
JR
,
Leo Villareal
, and
Nick Cave
, with enough room to support multiple projects at once. Instead of sales of high-priced works, though, the venture will be focused primarily on ticket sales and commissioned artworks, a realm of commercialization that has historically been underutilized by galleries and related enterprises. And while the move represents a new avenue of commercial possibilities, it also represents the culmination of Pace’s long history of promoting experiential art—and its next chapter. 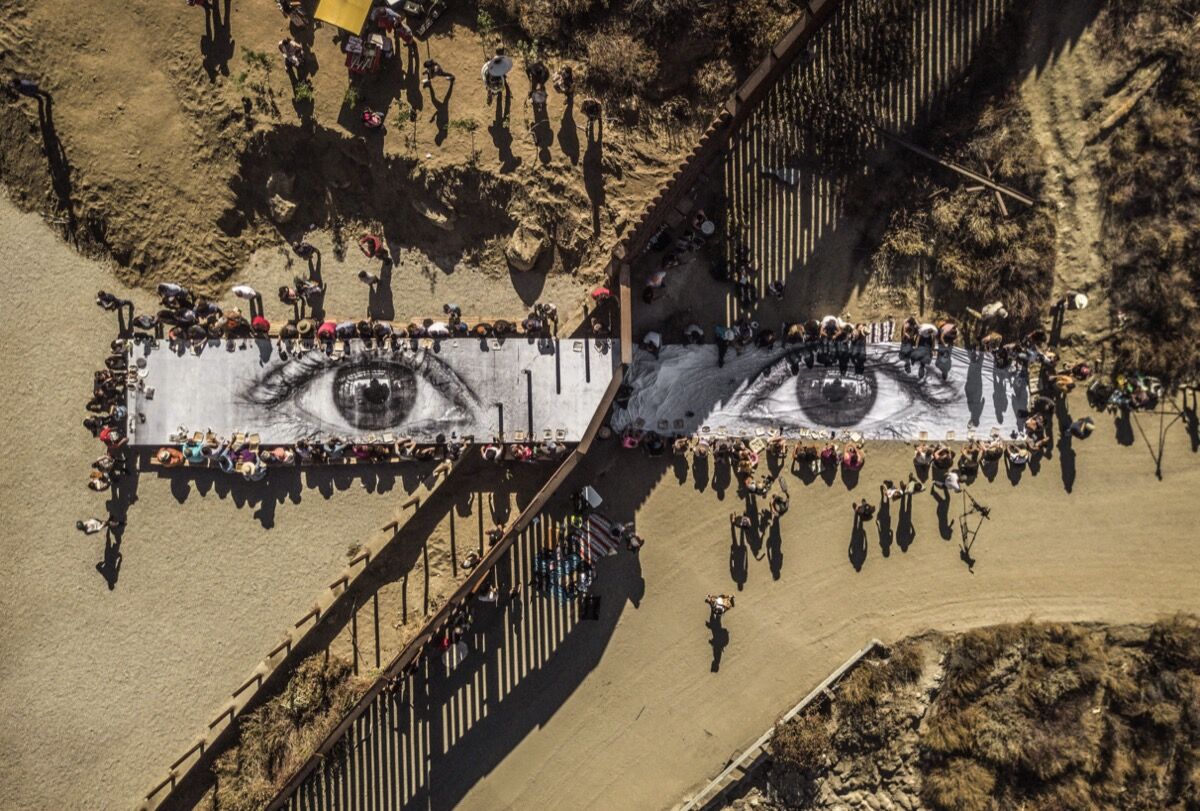 JR, installation view of Migrants, Mayra, Picnic across the Border, Tecate, Mexico – USA, 2017. Courtesy of the artist, Superblue, and Pace.

Mollie Dent-Brocklehurst—who co-founded Superblue alongside Pace president and CEO Marc Glimcher, and had previously worked as the director of Pace London—pointed to the gallery’s collaborations with
Light and Space
artists such as
Robert Irwin
(who started showing with Pace in 1966) and
James Turrell
(who first showed with PaceWildenstein in 2003) as early progenitors of the current slate of experiential artists on its roster—which now includes creators of hugely popular large-scale works like
DRIFT
,
teamLab
,
Random International
,
Rafael Lozano-Hemmer
, and
Leo Villareal
. Turrell’s growing popularity over the past decade in particular, Dent-Brocklehurst said, acted as the bedrock for expanded experiential programming.
“The James Turrell following has continued to grow and reach a wider audience over the past 10 years, following the Guggenheim show,” Dent-Brocklehurst said, referring to the 2013 retrospective of Turrell’s work that spanned the Guggenheim Museum in New York, the Los Angeles County Museum of Art, and the Museum of Fine Arts, Houston. “Now, with exhibitions all over the world, his cult following has grown and grown. This obviously didn’t just happen in 10 years, it’s been happening for a long time. [The growth in popularity] has been exponential, but not out of nowhere.”
According to Nat Trotman, a curator at the Guggenheim who helped organize the Turrell exhibition in 2013, that show was itself a sort of culmination of a growing public interest in interactive, experiential art that began in the 2000s. 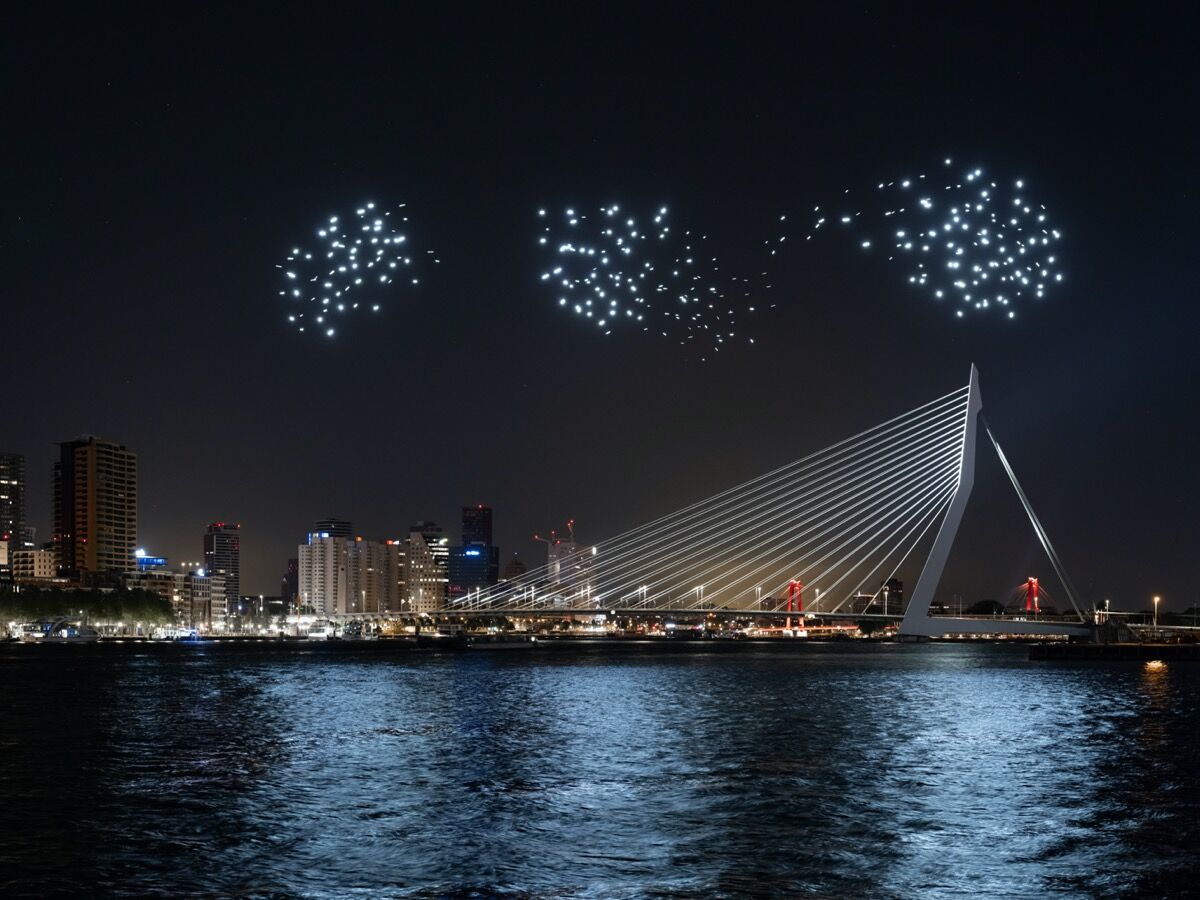 Advertisement
“It’s been an ebb and flow, obviously…but something did happen in the early 2000s where art started to become more interesting as a social experience,” Trotman said. “I think that had to do with consumerism and economic trends, but also with technology, smartphones, and our filtered experience of the world through social media. That led to a greater interest in ephemeral, live experiences of art through performance.”
The Guggenheim’s Turrell show, which attracted more daily visitors than any other exhibition in New York that year, fell near the end of what Trotman described as the peak of institutional experiential art programming, which he placed between roughly 2005 and 2015. It wasn’t that interactive exhibits weren’t attractive to the public after the midway point of the 2010s, though—they had just filtered down into the popular consciousness, becoming less of a spectacle and more of commonplace programming.
“It became something that infiltrated many different aspects of the art world and artmaking,” Trotman said. “There’s not as many widespread moments of, say, a
Tino Seghal
show, or the way that James Turrell took over the rotunda of the Guggenheim. Something at that scale is less prominent, but you see many more smaller, more nimble ephemeral experiences that are popping up in lots of different places.” 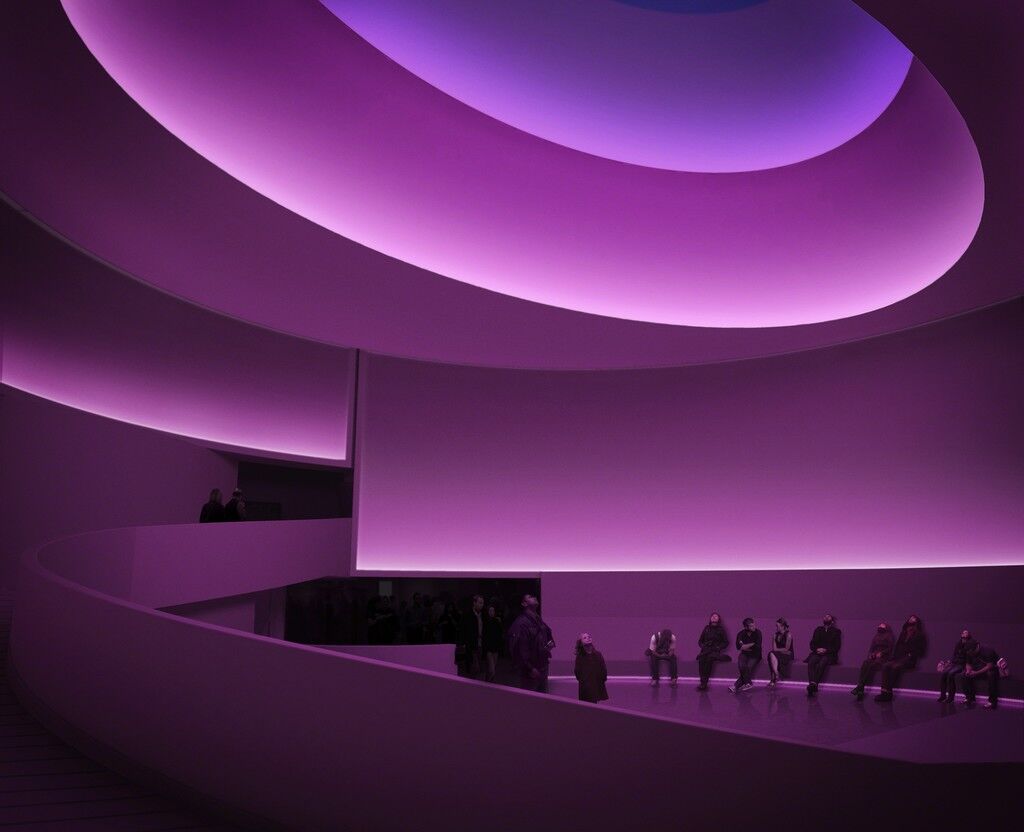 James Turrell
Rendering for Aten Reign, 2013
Guggenheim Museum
By the second half of the decade, experiential museum shows had increasingly become focused on incorporating broader cultural icons, from the Museum of Modern Art’s interactive
Björk
retrospective to LACMA’s conceptual virtual reality exhibition by filmmaker Alejandro G. Iñárritu. Around the same time, the demand for immersive and interactive experiences had also spawned a new industry of commercial “museums” proffering photogenic experiences, like the Museum of Ice Cream, as well as tech art initiatives like Artechouse.
Trotman explained this shift as part of a broader tidal change in the economics of the art world. With its attendant performers and technology, experiential art often requires a more significant investment on the part of the exhibitor. After the initial spectacle of museum shows like Turrell’s or similarly ambitious projects in Tate Modern’s Turbine Hall by artists like
Anish Kapoor
and
Olafur Eliasson
, it became less economically feasible for institutions—“frankly, not the economic center of the art world,” said Trotman—to regularly put on grand experiential exhibits. As experiential art became less common in institutional programming, such projects and the artists making them found a home in the more monied halls of galleries—Pace’s in particular. 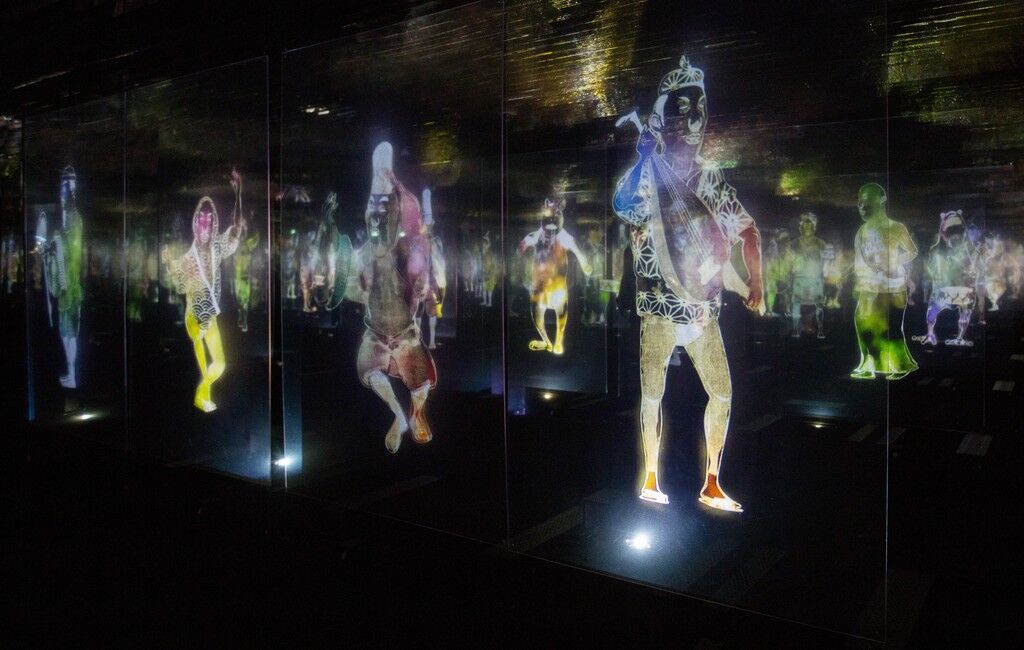 teamLab
Peace Can Be Realised Even Without Order, 2012
Singapore Biennale 2013: If the World Changed
In 2016, Pace put on the exhibition “Living Digital Space and Future Parks” with teamLab at its Menlo Park gallery, which saw the Japanese collective bring together light, sound, screen-based works, and virtual reality into an immersive multi-room installation that shattered expected attendance numbers.
Dent-Brocklehurst—who, at the time of the show, had begun to transition out of her directorial role to focus more on Future\Pace, a collaboration between Pace and cultural placemaking agency FutureCity that ran from 2016 to 2018—said that while artists like Irwin and Turrell formed the bedrock of Pace’s interest in interactivity, it was the “Living Digital Space” show that catalyzed an expanded focus on experiential art. In the years following the exhibition, the gallery began to show artists such as Villareal, DRIFT, and—via Future\Pace—the design duo
Studio Swine
, among others.
“It’s a different way of engaging people—it’s an experience they are a participant in rather than a viewer of,” Dent-Brocklehurst said. “If you actually go into a gallery to see a painting, you’re going to see the painting, but you are also coming into a retail space. With these kinds of exhibitions, they don’t have that sense. People feel like they’re very much a part of the experience without any expectations.” 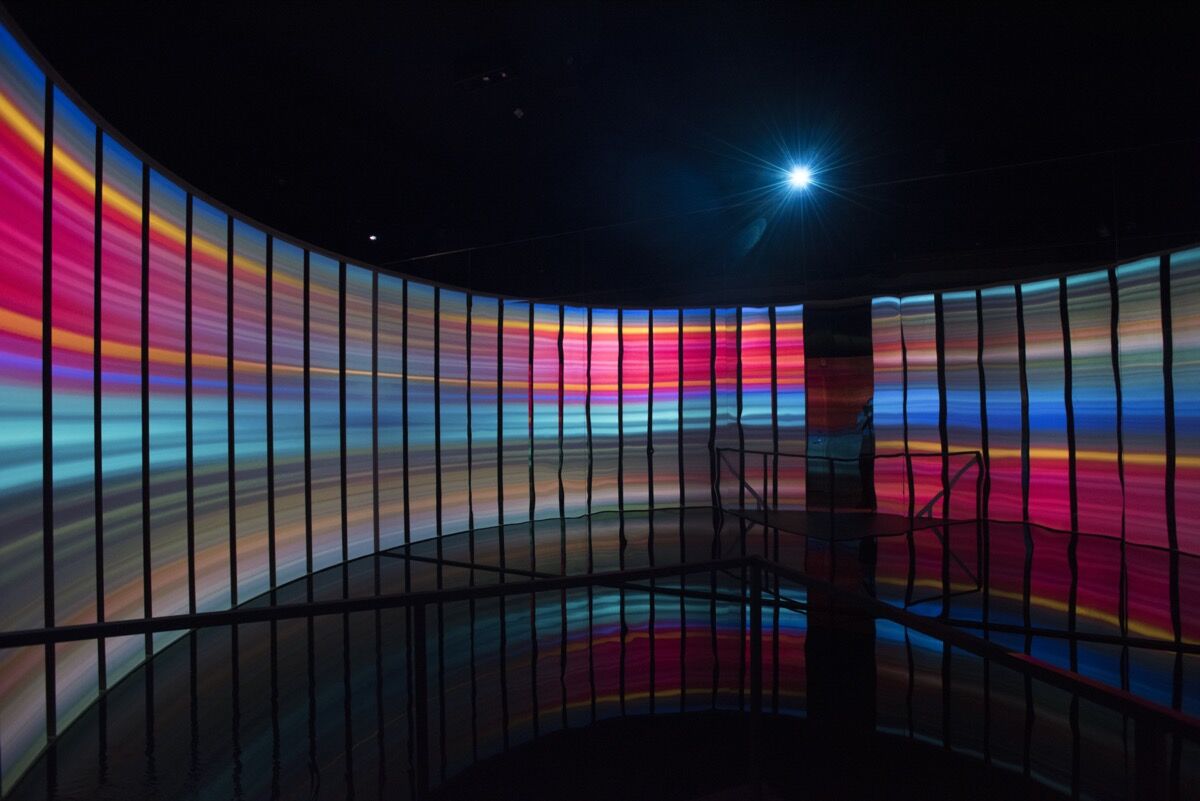 That new type of experience opened up the possibility for a new form of commercialization as well. “Living Digital Space” was novel not only for its expansive, tech-focused installations, but also for the fact that Pace sold tickets for entry, a change from standard gallery practices that seemed to strike a chord with many of those involved. In a 2019 interview with Artnet News, Glimcher said ticketed experiences were the way forward for experiential art. For him, the shift was partly an opportunity to model new forms of patronage and arts funding.
“Right now, the general public is not permitted to pay the artists,” he told Artnet News. “They pay institutions, which are supported by ultra-high-worth-net-worth individuals, and those institutions bring wealthy people’s art to a place where everyone can visit it in exchange for making a small donation. There are no connections between the artist and the public.”
Proof of this model’s potential can be seen in teamLab’s own budding empire of museums and temporary installations, including its immersive Tokyo space, which became the most popular single artist–focused destination in the world during its first year, with 2.3 million total visitors. 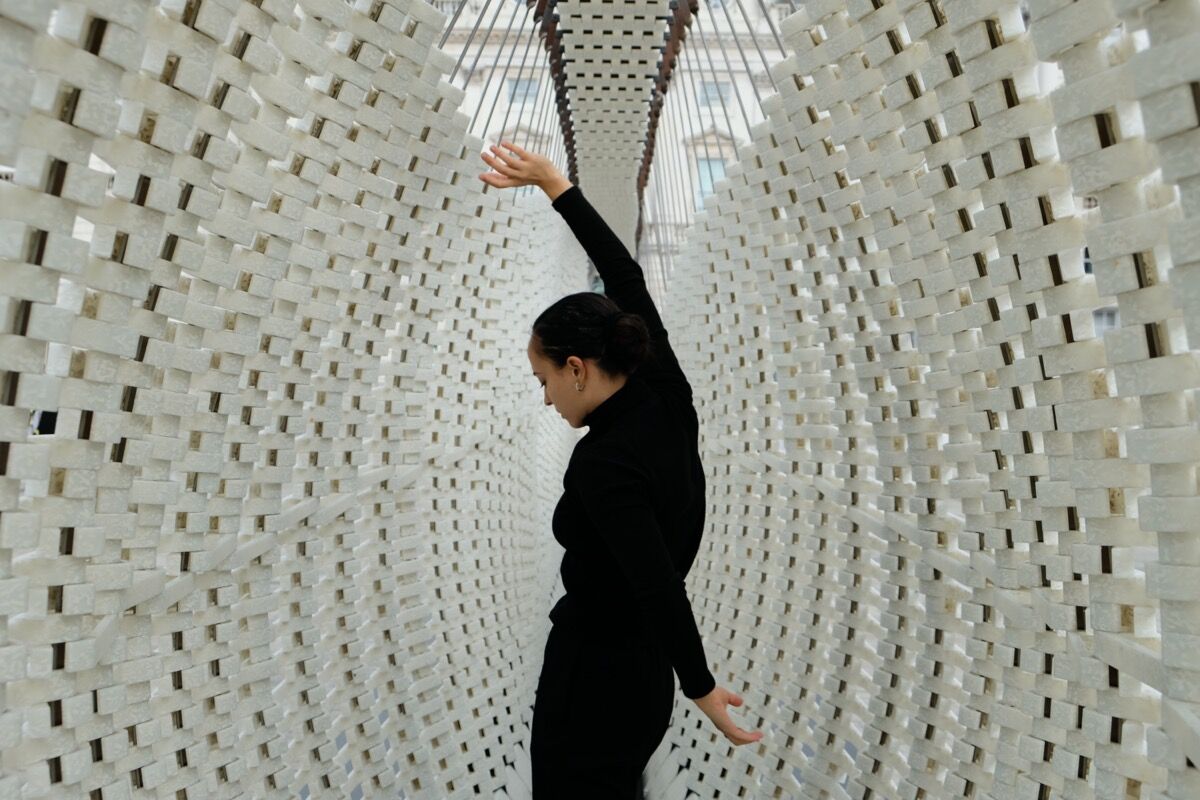 Superblue, then, represents a way to marry the direct social connection that experiential art can offer viewers with that more direct form of economic support—a culmination of both the curatorial and the commercial possibilities of such projects. After Future\Pace ended in 2018, Dent-Brocklehurst transitioned to Superblue’s forerunner, PaceX, and began recruiting artists. Pace’s connections with Turrell and teamLab were easy starting points, but she soon expanded beyond the gallery’s roster, bringing in artists and studios such as
Es Devlin
, Simon Heijdens, Studio INI, and
Jacolby Satterwhite
. The focus, however, is ultimately on the visitor—on creating that special, personalized engagement that draws such committed crowds to installations by Turrell and teamLab. Despite the potential risks that indoor experiences currently pose due to COVID-19, Dent-Brocklehurst is optimistic about Superblue’s future.
“I hope that [Superblue] opens the door to a much wider audience,” she said. “A much wider cross section of people who have up until now been interested in the arts, but less likely to go to a gallery—people who are interested in music and fashion and design and film. We have a lot of connections to a wider audience. Even wider than that, to families, to people who are interested in an experience, something that is uplifting and rewarding and mind-expanding.”
Justin Kamp is an Editorial Intern at Artsy.
Related Stories