Karen Kedmey
May 21, 2015 4:28pm
Though Carlo Bella admits that he hasn’t had enough sleep or coffee, he is full of energy when I meet him in his book- and object-lined office at Pace Primitive. Bella joined the gallery more than 30 years ago, and has been its director since 2002. If anything, his professed tiredness makes him gregarious and frank as he tells me about the gallery and their foray into the
Prehistoric
period, via a gorgeous and intimate exhibition of Neolithic stone works, “Shaped Stone of the Sahara.” 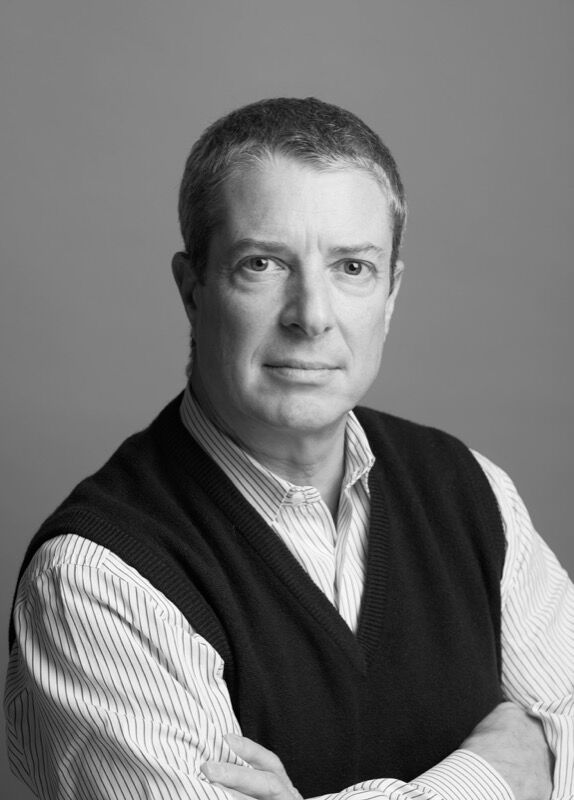 Pace Primitive is among the leading galleries focused on the arts of
Africa, Oceania
, and classical Asia. As Bella puts it: “In a nutshell, we offer great tribal art that is fully researched, 100% guaranteed, great provenances, great histories.” They are currently pushing their respected program further in an effort that began in 2005, when Bella stumbled upon an obscure museum in New Jersey displaying what he describes as “the collection of some man, a bunch of shaped stone from the Sahara.” Seeing these stones resurfaced in him a childhood passion for prehistory and led him down a decade-long path of travel, research, and discovery that is now taking the gallery and collectors alike into a whole new realm of human history and ingenuity.
Artsy: What inspired you to bring Neolithic objects into the gallery’s program?
Carlo Bella: One of the first movies I remember seeing as a kid was [Stanley Kubrick’s 1968 film] 2001: A Space Odyssey. I remember being absolutely taken by this primordial landscape with apes or Neanderthal man, and all of a sudden, they stumble upon this stone, which is actually a beautiful, pristine, perfect monolith. I remember interpreting the monolith as intelligence: here is a transition from animals to human beings. Wow, it just gave me the chills, just the memory.

Advertisement
Artsy: So was that the beginning of the rest of your life?
CB: Something like that. But in these Neolithic stones I re-experienced that feeling: the genius of man, and of very primitive man, to single out rocks to make tools. If you look at all of our pieces, they are gorgeous. They chose beautiful rocks and then made them into beautiful objects. That is not an animal. Even though it’s 7,500 years ago, or 8,000—we’re not sure—it still carries incredible implications, sort of like the beginning of it all.
Artsy: How did “Shaped Stone of the Sahara” come about?
CB: Basically, what had happened is that a lot of travelers in the ’60s, ’70s, and ’80s, when areas of the southern Sahara were safe, had collected material. They had been driving around in jeeps, and maybe you stumble upon these artifacts left by the people that lived there thousands and thousands of years ago.
I started looking at what was available in galleries—it was fragments. Then I figured out who had traveled to those areas, and I started looking at their collections. And then I decided to go and see what was in museums around the world—the British Museum, for example, natural history museums. There is a whole museum in Cuneo, Italy, that has an incredible collection of artifacts brought back by an early traveler.
I started in 2005. It’s been a slow immersion into this material. And as I started looking, it became a bigger and bigger interest. And, voilà, ten years later, here we have a collection and an exhibition. 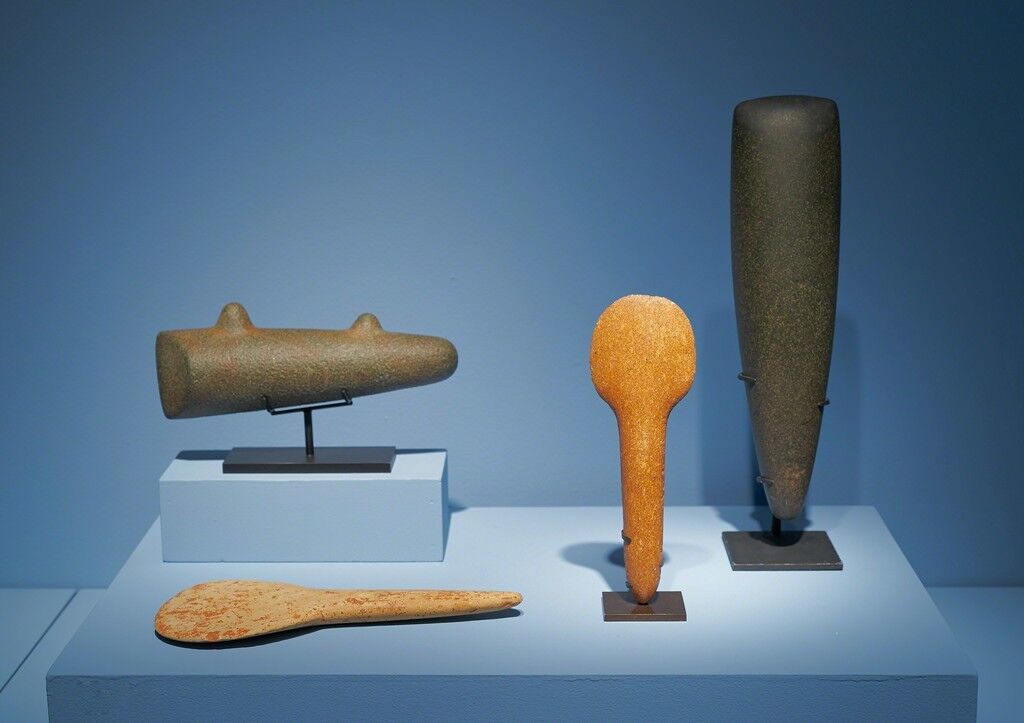 Artsy: In what contexts were these pieces found?
CB: The Sahara as we know it today is very different from the way it was in Neolithic times. Right now it’s all desert; in the past it was not. The southern belt was a green land, and it was part of a system of very large lakes and rivers. So a lot of people settled there in Paleolithic and Neolithic times, then disappeared, and maybe they came back, we don’t know.
In the sand, people have found what are called “Neolithic industries,” sites that were used by early inhabitants to dig [tools] out of rock. We don’t have the tools, but we have the evidence in the rock that people had dug chunks out. And in other sites, we have the tools, arrowheads, spearheads, weapons of all sorts, grinders, the grinding bowl and the grinding stone. And then, very interestingly, some people had found what appeared to be ceremonial objects: blades or axes that were too big, or too polished, or too beautiful to be used as weapons.
We put all of that together in the exhibition. In looking at these objects, I found a purity of conception, execution, and shape that basically is like the beginning of art. You can see that man had the need to use functional tools but at the same time to make them beautiful. 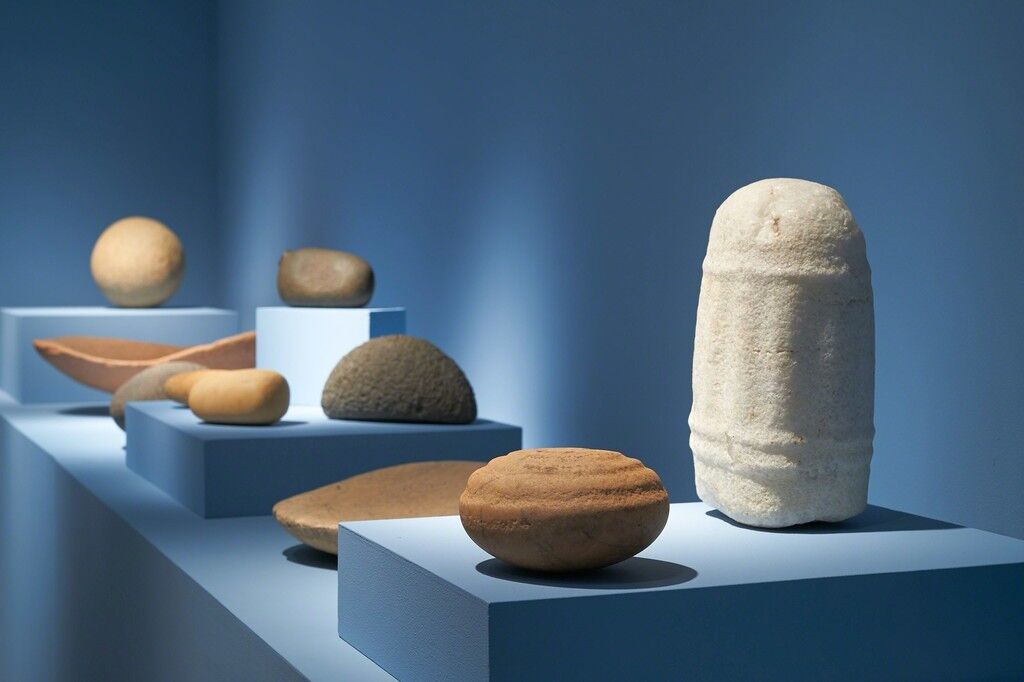 Artsy: How many works do you have in this exhibition? How many works were you able to gather?
CB: We found maybe a hundred objects. But we’re going to exhibit fewer because some are not beautiful. They’re just very interesting because they offer you the possibility to understand how certain shapes evolved, or how they got beads, or made blades. So we’re trying to exhibit only the very beautiful objects that are, in my opinion, fine art. And the rest is sort of like corroboration.
Artsy: Will there be more to come?
CB: Let’s say for sure it is the beginning of something that is worth exploring and studying, because I think these pieces will add to our understanding of how mankind developed and how ideas traveled. This is a common point in all humanity.
Karen Kedmey
“Shaped Stone of the Sahara” is on view at Pace Primitive, New York, May 15–Jul. 25, 2015.
Follow Pace Primitive on Artsy.
Related Stories