This Painter Captured Solar Eclipses before Photography Fully Could 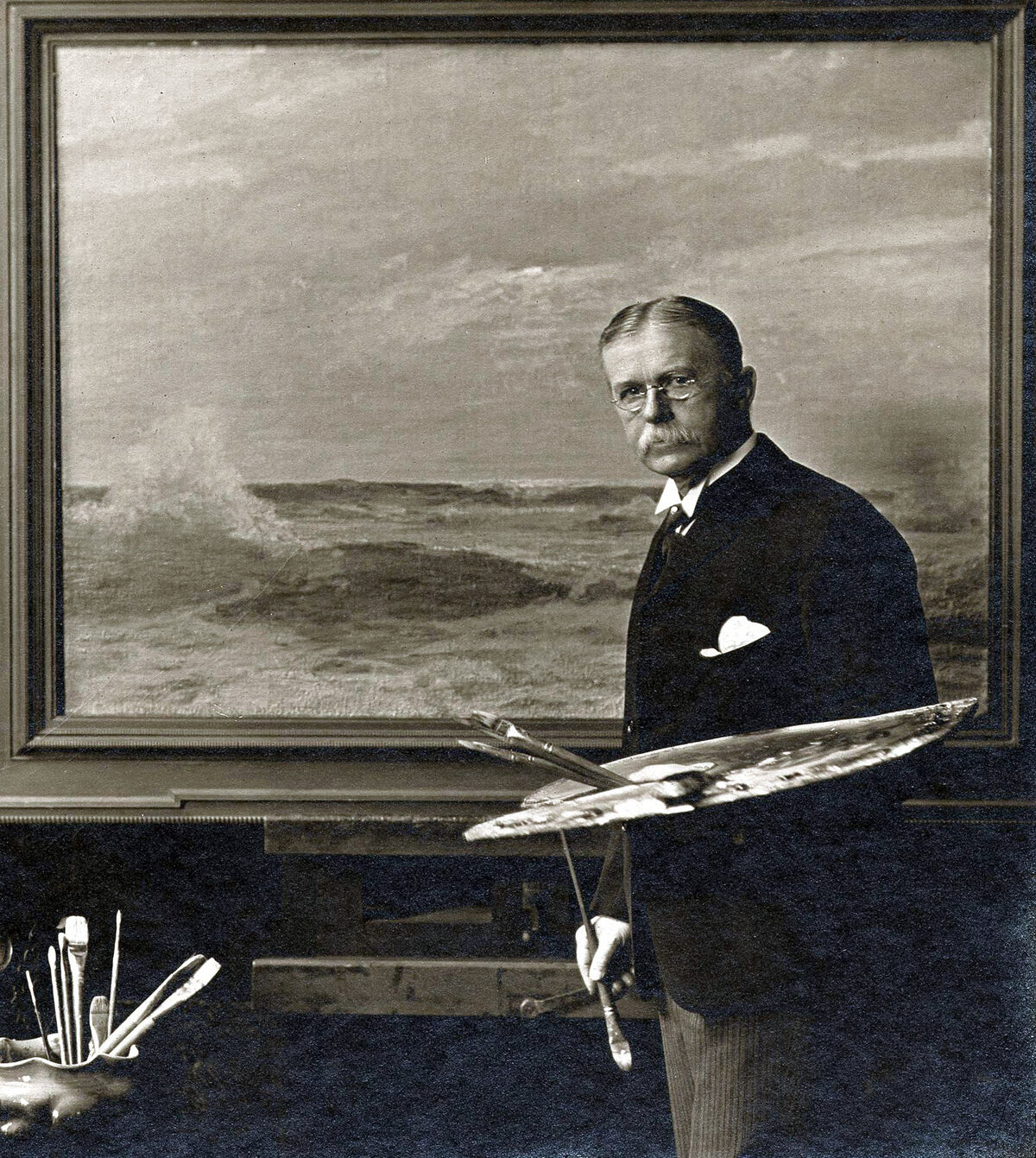 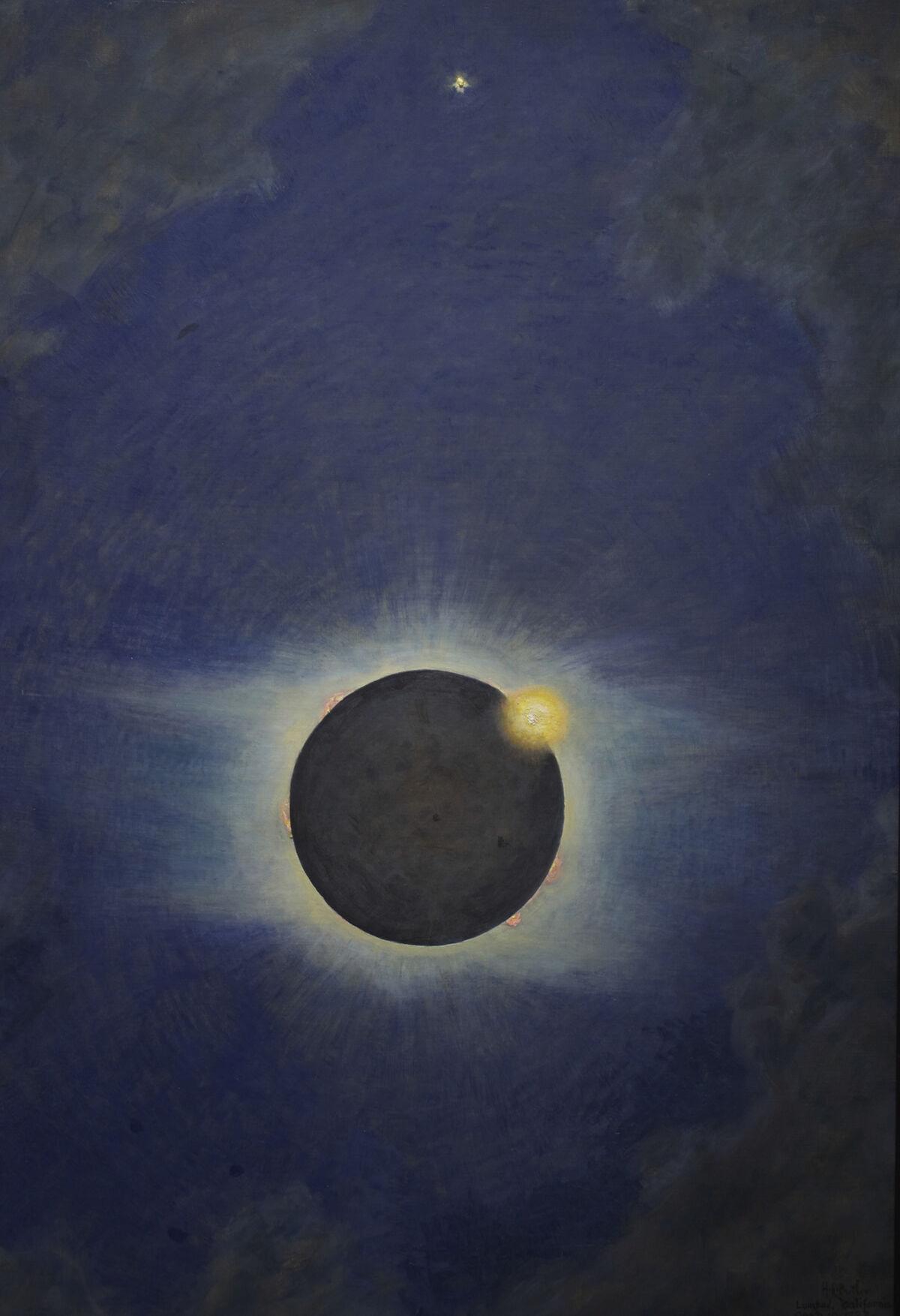 It was 1918, and a solar eclipse was on its way. The American artist Howard Russell Butler had accepted a commission from a bigwig astronomer at the University of Virginia to paint the fleeting event in which the moon completely covers the sun. Though photography wasn’t yet capable of capturing all the nuances of the celestial phenomenon, Butler—a former physics major, Sunday astronomer, and celebrated portraitist—was up for the challenge.
What he hadn’t realized, however, was how how brief the experience would be. The astronomy team revealed that he would have just over 112 seconds—about 1.8 minutes—to observe the eclipse. (He was accustomed to having two hours in front of a subject to paint a portrait.) Could he create an accurate representation of the spectacle in such a short window of time?
From 1918 until his death in 1934, Butler tracked down and painted four total solar eclipses. The artist’s first was in Oregon, the second in California (1923), the third in Connecticut (1925), and the fourth—serendipitously, given that an eclipse’s path is generally between only 10 and 70 miles wide—in his own backyard in Maine (1932).
This summer, to coincide with the 21st century’s first solar eclipse in the U.S., all four of Butler’s eclipse paintings are on view in “Transient Effects: The Solar Eclipses and Celestial Landscapes of Howard Russell Butler” at the Princeton Museum of Art.
To a contemporary eye, the paintings are mesmerizingly beautiful and mysterious: The round, fiery masses at the center of each canvas look as if some magical force is churning inside them, forcing unruly flames to explode from the edges of each eclipse’s dark, circular core. 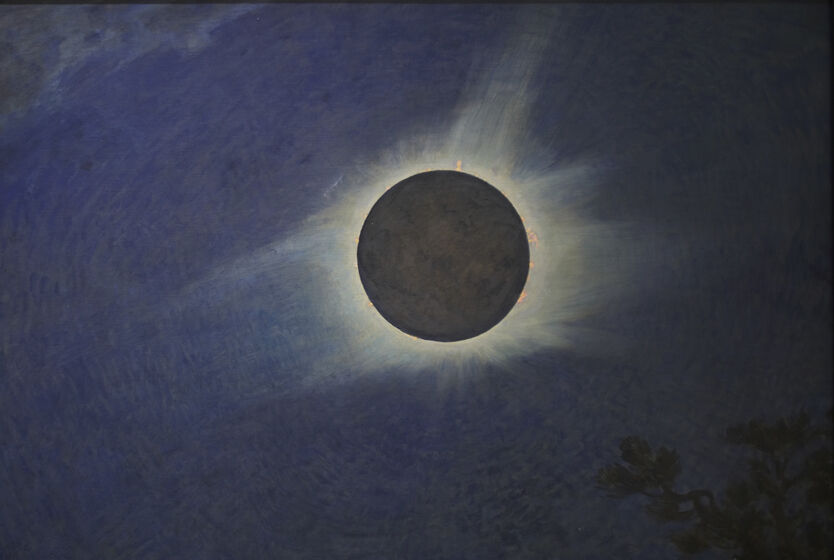 When Butler first made the paintings, however, their purpose wasn’t only aesthetic—they served a critical scientific purpose, too. In Butler’s day, cameras weren’t sophisticated enough to capture details of objects floating in faraway space—especially with the complex light effects of an eclipse. Frustrated, two enterprising astronomers, Samuel Alfred Mitchell and Edward D. Adams, set out to find an artist to document the occurrence.
Adams was connected with the community of artists in New York, where he was a trustee at the Metropolitan Museum of Art. And it was he who “took upon himself the task of finding the right man…who would have the true scientific spirit and who could combine an accurate sense of form with a refined perception of color,” wrote Mitchell of his colleague.
They hoped that these visual documents would advance their research into not only the patterns of an eclipse, but also the shape and hues of the solar corona: that blazing aura of gases and plasma that envelops the sun. In the early 1900s, the corona was only visible to the human eye during an eclipse, when the moon, by blocking the sun’s radiant body, causes the corona’s diaphanous, flame-like vapors to become discernible.
In the end, Adams located the perfect candidate: Butler, an artist who was not only famous for his detailed portraits and landscapes, but was also once a physics major, an engineer, and a lawyer. While he’d focused on his art practice since the age of 28, his process was still rooted in scientific observation.
“The technique of expression must have a scientific basis, even though the subject of the picture may be highly imaginary, and the artist an idealist under the sway of his imagination,” he wrote of his practice. 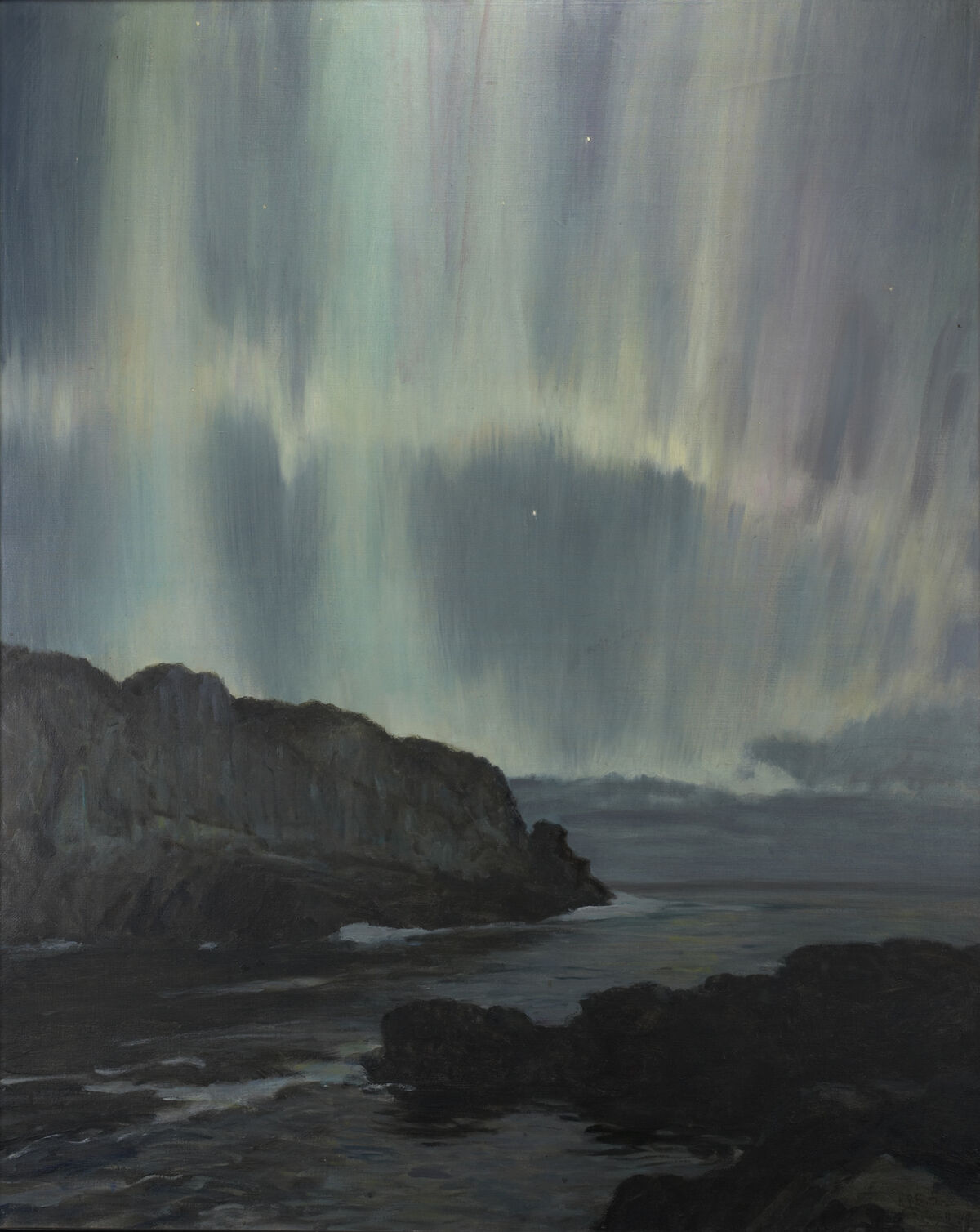 Advertisement
The first eclipse Butler painted in 1918 was also the first total eclipse he had ever witnessed. Knowing that he’d only be able to view his subject for just under two minutes, he made exhaustive preparations. These included refining methods of sketching and notation that he used to record the hues, forms, and lines of the sky, clouds, moon, solar corona, and solar prominences (eruptions on the sun’s surface that extend into the corona).
“Of course no actual painting was possible in time so limited,” Butler wrote. “I therefore employed a method of shorthand sketching (which I had been developing and practicing for about 20 years) for recording sunsets and other transient effects. The method is simple but does require practice.”
It required both practice and extreme meticulousness. Butler divided the 112 seconds of viewing time into 10- and 20-second tasks: “Note value and color of sky, 10 seconds,” “Draw outline of Corona, 20 seconds,” “Record position of prominences, 10 seconds,” and so on.
Butler followed his instructions precisely on the day of the eclipse, for which he’d traveled from New York City to remote Oregon. “When I came actually to do the sketch with the model posed before me for 112 seconds, I found I had ample time,” he wrote of the experience. “I began with the sky.” Over the next several days, he painted from the sketch.
Mitchell and Adams were pleased, and Mitchell described it as “true both as to form and colour” and “a great work of art which has the added advantage of being scientifically accurate.”
For as regimented as Butler’s process was, and as accurate as his paintings were, they also brim with the expressive power of an artist driven by curiosity, wonder, and the thrill of investigating the universe’s mysteries. It is this quality that continues to make these paintings so enthralling, long after they’ve become scientifically obsolete.

A previous version of this article incorrectly stated that at the time Butler was painting eclipses, photography was unable to capture them. Eclipses could be and were captured on film as early as 1851, but artists like Butler were able to capture more detail than photography could at the time, making their depictions useful for scientific study.
Alexxa Gotthardt
Related Stories