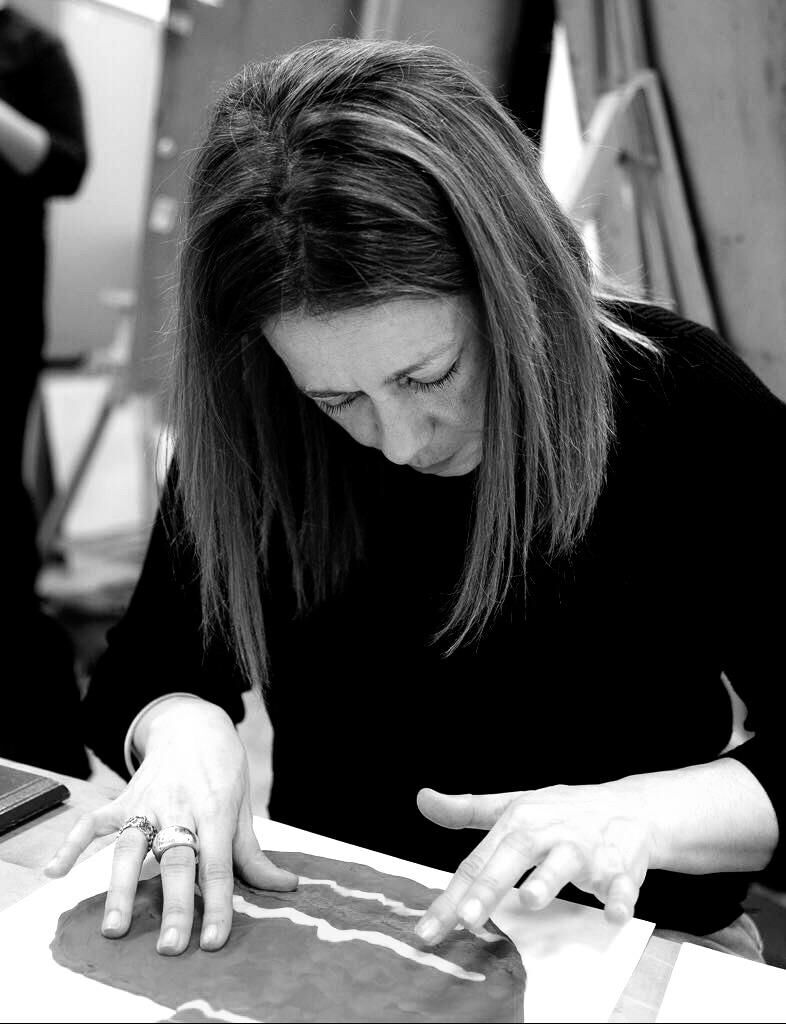 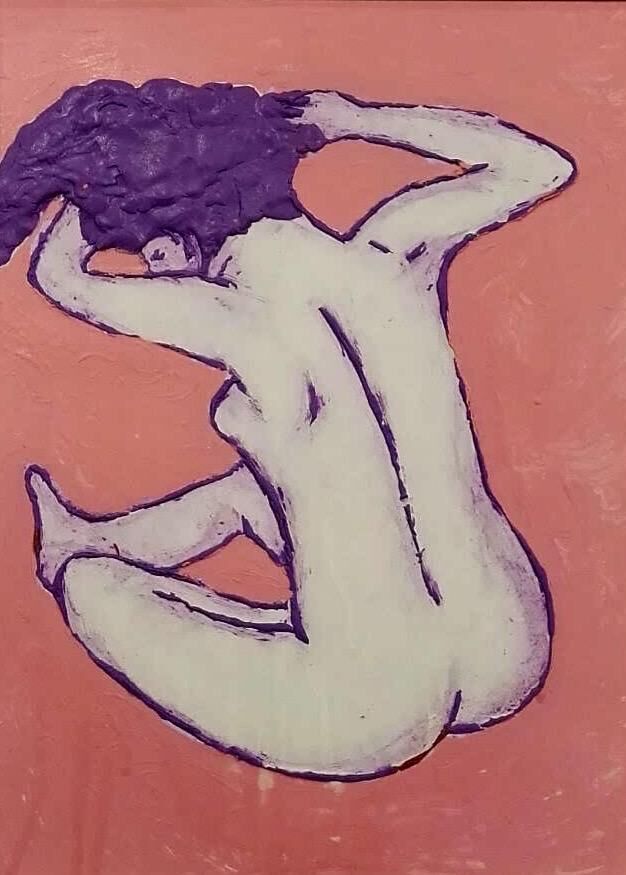 Once a lawyer by profession, Spanish painter Cris de Diego never thought she would dedicate herself to art. A lifelong lover of museums, she used to enjoy artworks from afar. But when her visual disability threatened to get in the way of her passion, she knew it was time to act.
“At age 10, I was diagnosed with type 1 diabetes, and at 21 years, because of this disease, I began to lose my sight,” said de Diego in a recent interview. With an unwaveringly cheerful tone of voice, de Diego explained how, despite her illness, her remaining vision allowed her to finish her studies and work as a lawyer. But by 2006, her sight disappeared almost completely, limiting her to distinguishing only certain contrasts and shadows.
Losing her ability to see became a new beginning for de Diego. Things normally taken for granted, such as finding her way around the street, had to be relearned. Her life as she knew it had changed completely. And her purpose, too.
“I didn’t paint before I lost my sight,” said de Diego. “I really liked going to museums, and when I lost my sight, the first thing I asked myself was how I could perceive a work of art now.” Over the next five years, de Diego committed herself to her own artistic practice, quickly receiving recognition and acclaim from major European institutions and media such as Cadena SER, Cadena Cope, ONCE, and the Vodafone Foundation.
Shortly after losing her vision, de Diego went back to college—this time to get a degree in tourism, focusing on cultural sites and their accessibility. In those years, she experienced firsthand the great divide that people with disabilities face when trying to access art. Though she could enter museums, the magic she had felt when she was able to see a work of art was gone. The audio descriptions of the paintings, while accurate, did not give her a real sense of what the artist was depicting on the canvas.
De Diego’s concern for accessibility in art led her to obtaining a double degree in fine arts and tourism. “I wanted to train in art history and theory, but I also had to take drawing and painting classes,” she said. The experience she had with her teachers would end up shaping her career forever. 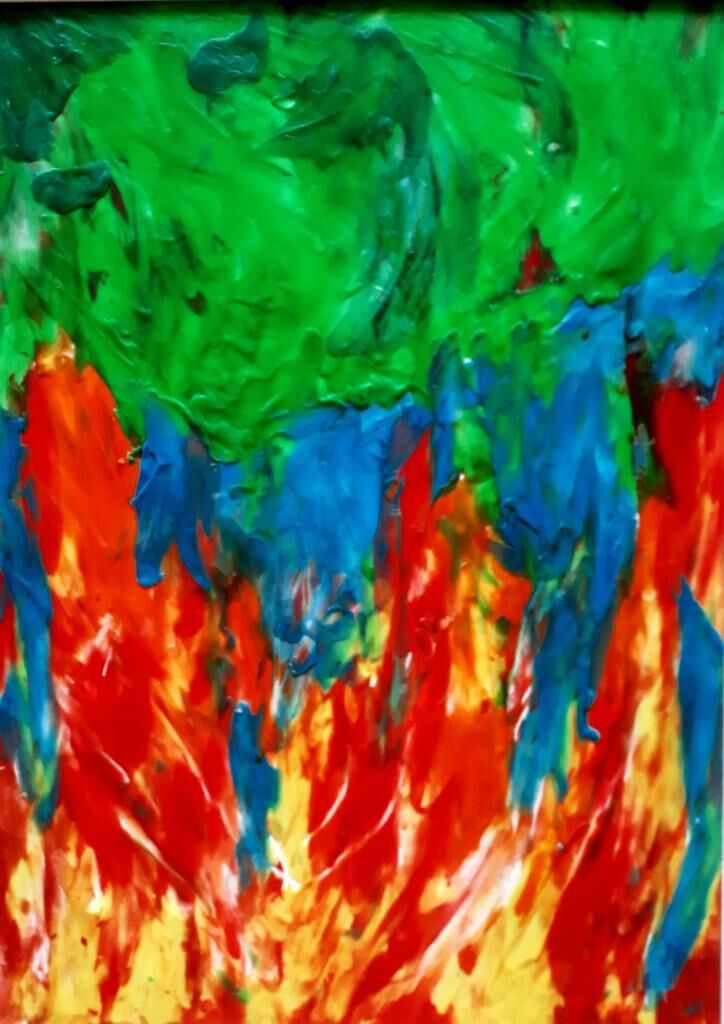 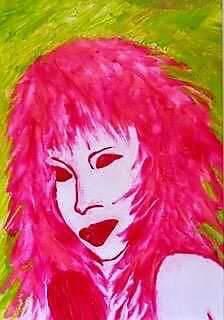 “I didn’t know I had a blind student enrolled, and when I saw her come into the classroom with her white cane, I thought she had the wrong class,” said Ruth Remartínez, who was de Diego’s drawing teacher. It was she who had the idea that de Diego could use clay in order to paint with her fingers.
“I started drawing and painting, and my teachers were surprised because they said I had my own style,” said de Diego. Through elements of nature, such as flowers, animals, and human figures, de Diego expresses her inner feelings and experiences, which are deeply connected to her way of perceiving the world. Unable to see her own paintings, de Diego’s expression is entirely in her mind’s eye.
De Diego’s first painting, El árbol de Cris (2017), was a turning point in both her life and career. It represents, in her own words, “the moment when I showed myself and others that I was capable of drawing a tree despite not seeing it.”
Tina Turner (2018), one of de Diego’s most acclaimed works, is also one of the most controversial. “Tina Turner is a woman who has always given me incredible strength through her music,” said de Diego. “I listen to her a lot while creating my paintings. I drew her. She is Black, and I painted her in white. Her hair is like gold, and I painted it magenta. My teacher, when she saw it, said to me, ‘What have you done? How have you made a white Tina Turner with magenta hair?’” For de Diego, these decisions aren’t seen so much as they are felt, the visuals playing second fiddle to instinct. “Imagine closing your eyes and expressing what you perceive from a person—their energy,” she explained. “I use colors to transmit that energy.”
De Diego’s works made such an impression that in 2019, from March 1st to 15th, she was invited to present her own exhibition, “Drawing in Blindness,” at the El Vivero Cultural Center in Madrid. During this event, de Diego not only showed her works, but also implemented some of the accessibility systems she had been using in her work with museums.
As part of the Arches project—a European Union program aimed at developing greater accessibility at exhibitions and cultural institutions—de Diego advised major museums and universities, such as Madrid’s Museo Thyssen-Bornemisza and London’s Victoria and Albert Museum, in the best ways to adapt their paintings and sculptures for the visually impaired. 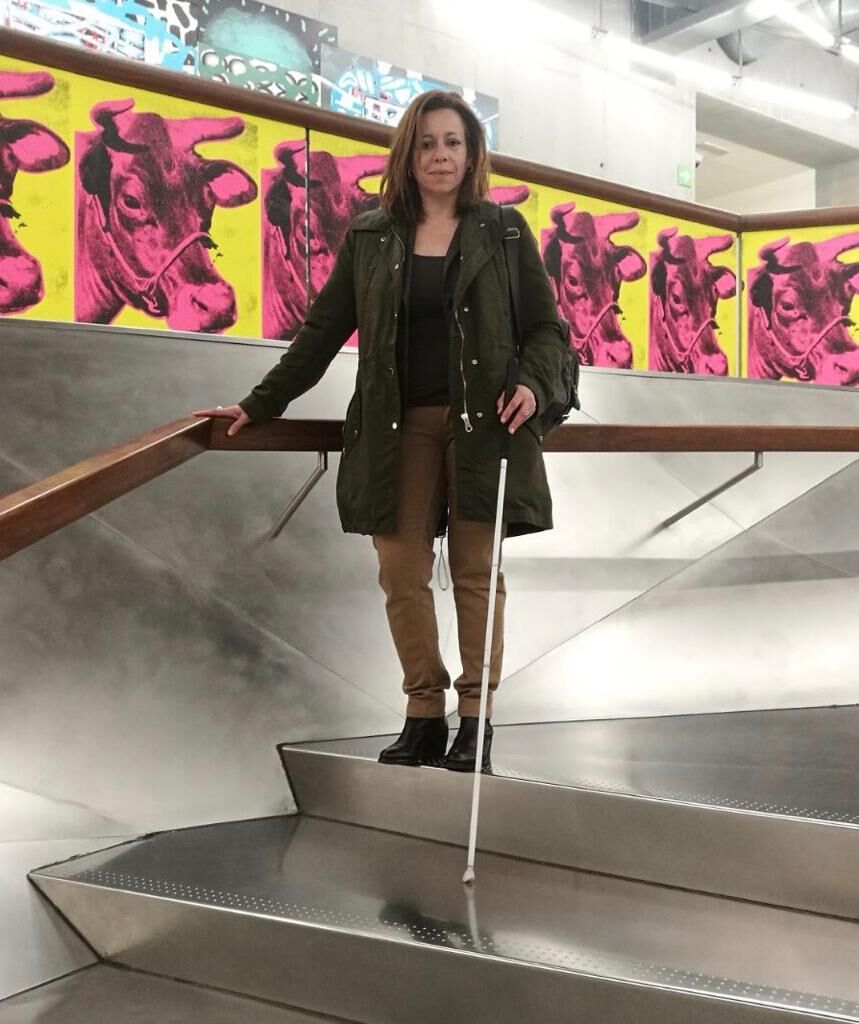 Portrait of Cris de Diego by Dee Sweeney. Courtesy of the artist. 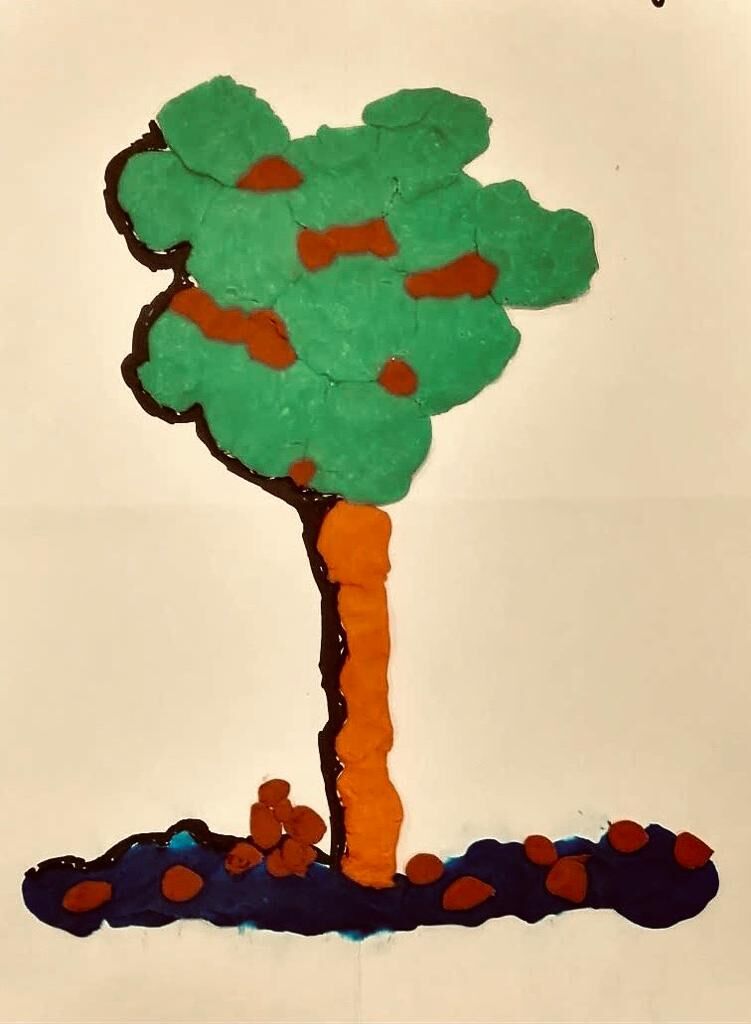 Advertisement
The work with these institutions, which was carried out over several years, allowed de Diego to express those details that were necessary to enjoy a work without sight, but that people without visual impairment do not usually take into account. “When you’re blind, first they have to tell you the size of the painting, how many figures there are in it, where they are located…all of this is not considered by sighted people,” she explained.
For de Diego’s own exhibition, she made reproductions of her works so that visually impaired people could touch them. She also provided audio descriptions and offered to direct tactile explorations, guiding participants while they touched the pieces. Although she implemented these measures specifically so that visually impaired people could enjoy them, de Diego discovered that many of the sighted people who came to see her works also wanted to experience them in this way. “They would put on special simulation glasses and they would ask me to describe the painting and guide them in that exploration,” she said.
This way of adapting the paintings has been implemented in major museums, including the Museo Nacional de Arte Reina Sofía—and de Diego wants it to be implemented across the board. “There is one thing that I would love, and it is a challenge that I’m giving to all the museums in the world: to make a catalog of brushstrokes,” she said.
Today, de Diego continues to paint and looks to the future, where she wants to keep exhibiting her art and working with museums, showing them by her own example that blind people can and do enjoy art, and that with some effort, these institutions can be part of the world she wants to achieve—a world in which all people, regardless of their differences, can access everything that art has to offer.
Milagros Costabel
Correction: A previous version of this article misspelled the artist’s last name. Additionally, the artwork “Tina Turner” was originally to as “Tina Thunder.” The text has been updated to reflect these changes.
Related Stories