What Participation in the Whitney Biennial Means to These Emerging Artists 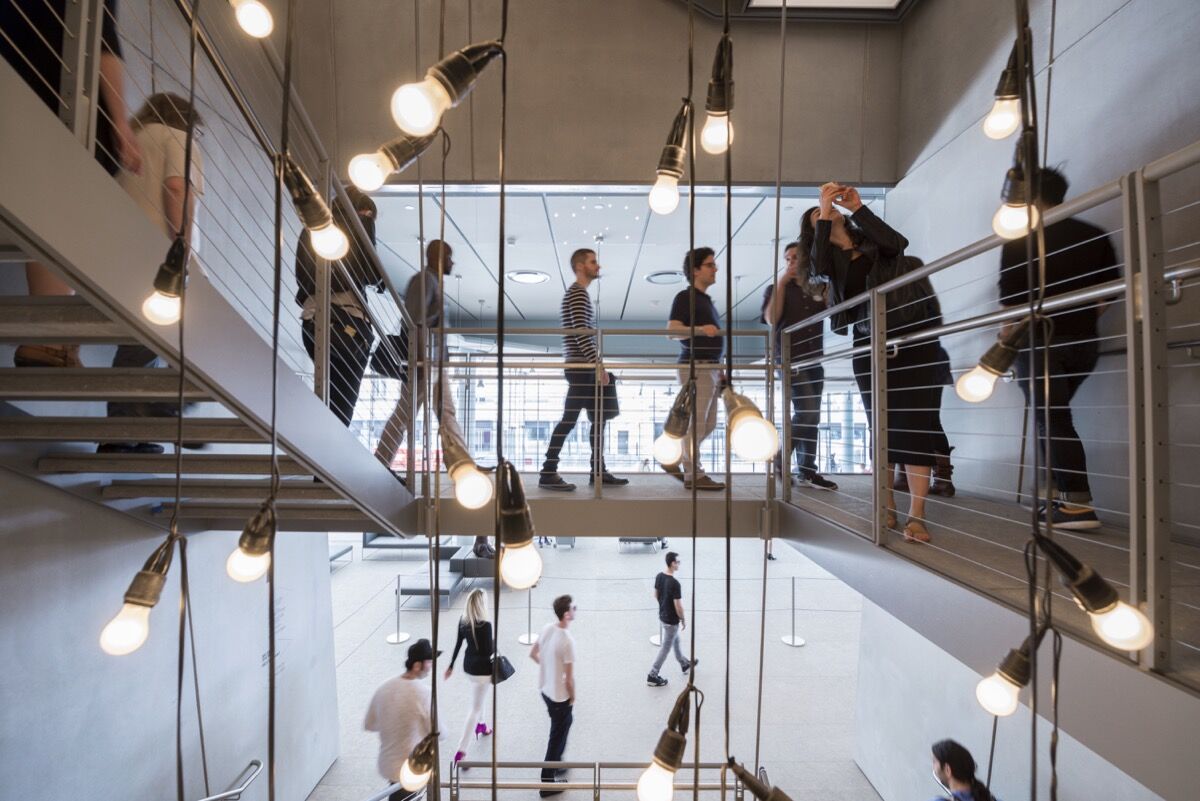 One day in the spring of 2016, artist Maya Stovall received a call from Christopher Y. Lew and Mia Locks. The two curators had spent several hours in Stovall’s Detroit studio earlier in the year—enough for them to make the decision to invite her to participate in the 2017 Whitney Biennial, the first since the museum moved into its Meatpacking District building in 2015.
For Stovall, the invitation elicited an emotional response, one in which she took stock of her life, her career, and the work that had brought her to that instant. “This tear of pure human expression, just one tear, traced the pathway down my face,” she said. “And it was like: This is right.”
Stovall, whose practice spans video, performance, and text, will exhibit episodes from her series “Liquor Store Theater” at the Whitney. The videos are the product of a four-year-long project in which the artist danced “day in and day out” in front of liquor stores in the city’s McDougall-Hunt neighborhood, recording the performances as well as interviews with onlookers and customers.
Though Stovall has performed at MOCAD and other art venues, the Whitney Biennial comes with a different level of prestige. “It’s my first one of these ‘superbowl of the art world’ kind of shows,” she said. 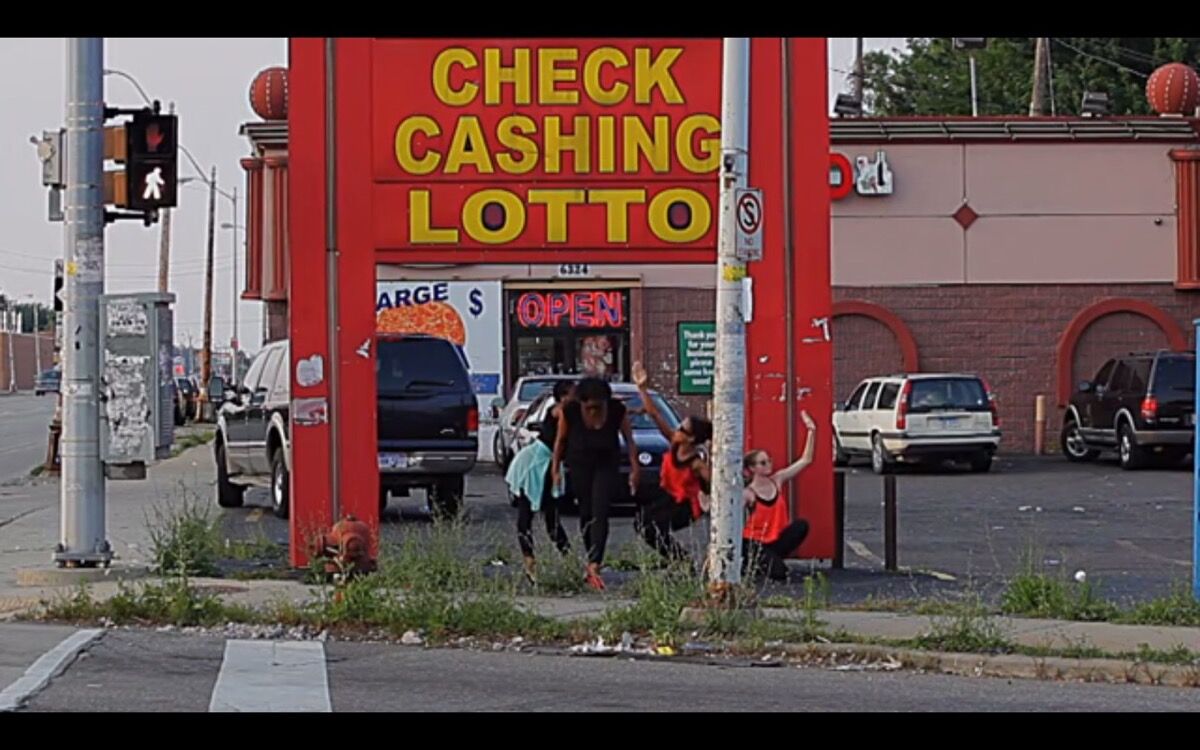 Opening to the public on Friday March 17th and billing itself as “the longest running survey of contemporary art in the United States,” the 78th edition of the Whitney Biennial will bring together 63 participants (a significant drop from the 103 artists featured in the previous edition in 2014).
Lew and Locks have included several artists who will be familiar to those in the art world, including
Frances Stark
and
Anicka Yi
. Also on view, however, is a sizable cohort of little-known, emerging artists like Stovall, for whom the biennial offers a new opportunity in the spotlight. It’s a chance to make their voices heard to the thousands who will visit the museum during the course of the show’s three-month run.
The Whitney Biennial is often viewed as a launchpad for artists, but, as with all survey shows, it also receives its fair share of criticism. And the extent to which the exhibition can change the course of an artist’s career remains debatable.

Participating is both a risk and a reward

Collaborative artist duo Victoria Sobel and Casey Gollan were introduced to the curators by friends in the fall of 2015, around the time they were working on “Nonstop Cooper,” a pop-up artist residency that evolved from protests against paid tuition at New York’s Cooper Union. Lew and Locks kept in touch, attending talks by the artists and engaging them in dialogue about their practice. Gollan enjoyed speaking to them “without any project on the horizon,” she said.
Sobel and Gollan are interested in challenging structural power and limited access to education, and their practice can encompass anything from teaching in a classroom to the kind of thought-provoking, text-based vinyl that adorned the windows of “Nonstop Cooper,” which asked for dialogue around community and education.
The pair’s work, which is often critical of institutions, doesn’t exactly lend itself to the lengthy gallery or museum CV that might traditionally lead to representation in major institutions—nor is appearing in renowned art venues even the goal. 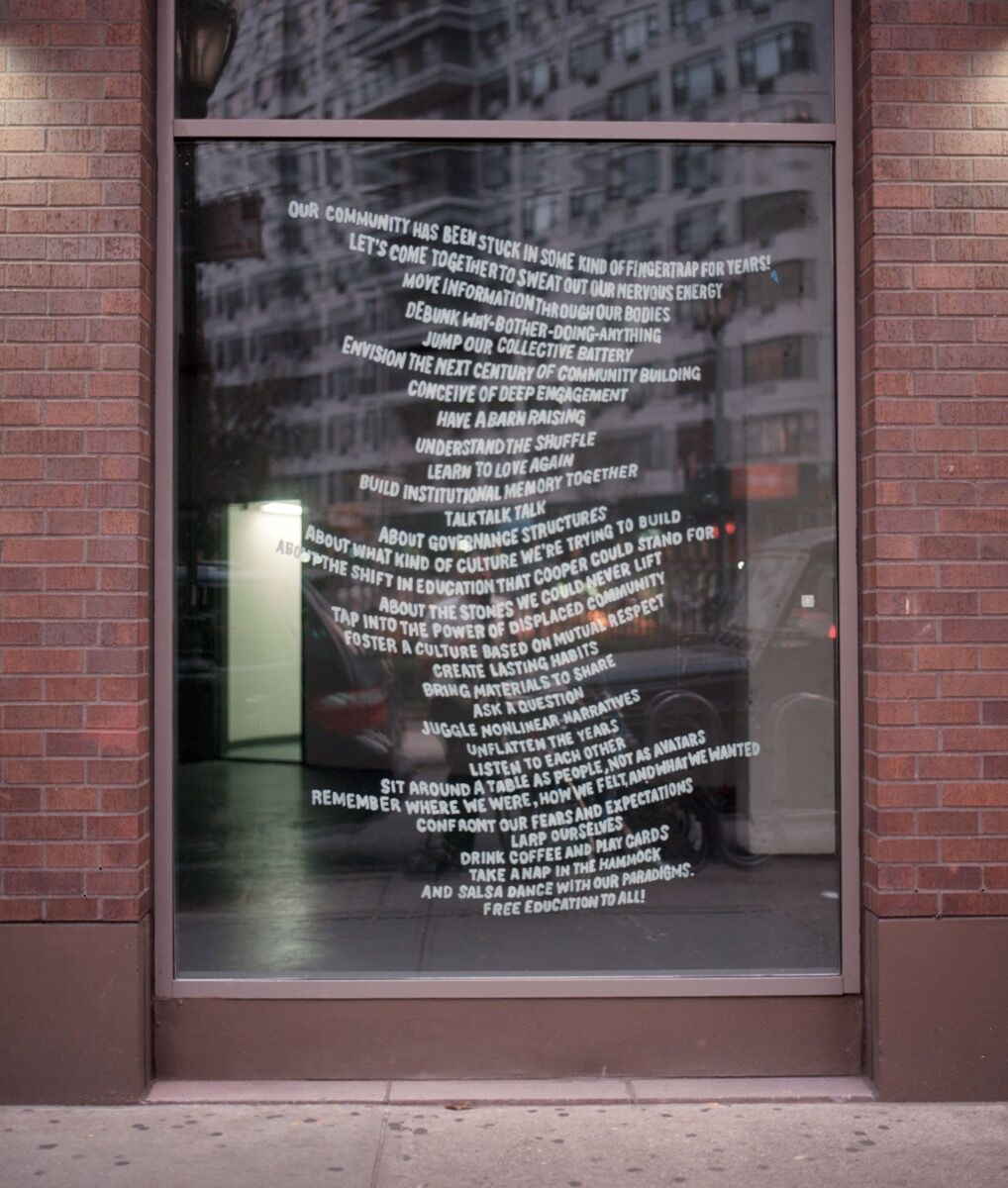 Advertisement
“We’re artists that don’t really show,” said Sobel. And given the themes of their work, she said, “it’s a huge compromise to jump into an institutional setting.” But Lew and Locks’s prolonged engagement with the artists meant they were aware of the risk Sobel and Gollan might perceive in participating, despite the high-profile platform the biennial brings. “It’s the opportunity...to make a gesture at a large scale,” Sobel said.
So far, the specifics of their contribution to the biennial is being kept under wraps—they hadn’t even seen the freshly installed pieces when we spoke. But what Sobel and Gollan will reveal is that, working with several collaborators, including current Cooper students, they have created Reflections (2017), a site-specific piece composed of window vinyls in the vein of their work for “Nonstop Cooper.” The outward-facing work will play with notions of inside and outside institutional spaces.

Addressing the biennial’s past

These artists are not misty-eyed and uncritical when it comes to the opportunity to be exhibited at a prestigious museum. In interviews, several were circumspect about their participation—partly due to criticism that some past editions have received over their lack of diversity.
The prominent withdrawal of the Yams Collective from the 2014 biennial (which included just nine African Americans) over their concerns about a controversial work on view in the exhibition, as well as their treatment by the museum, is a stark example. “It’s important we don’t ignore the history of these biennials,” said Stovall, “that we don’t pretend everything is perfect and wonderful.”
Artist Sky Hopinka, a member of the Ho-Chunk Nation, said it was “surreal” to be invited to participate in the 2017 show, but he remained thoughtful about the role his work plays in the exhibition’s context. The biennial will be his first major museum exhibition, and he described wanting to ensure his inclusion “isn’t just trying to tokenize my work in any way,” he said.
Along with a handful of dedicated screenings of his films during the run of the exhibition, the Whitney will exhibit Visions of an Island (2016). Shot in 2015 on St. Paul Island, which lies in the middle of the Bering Sea in Alaska, the 15-minute film is about Hopinka’s time “meandering” through the environment he found there. The result is a vision of St. Paul, which includes a Unangam Tunuu elder speaking of the landscape, an exploration of a language revitalization project, and undertones of the island’s Russian Orthodox faith. 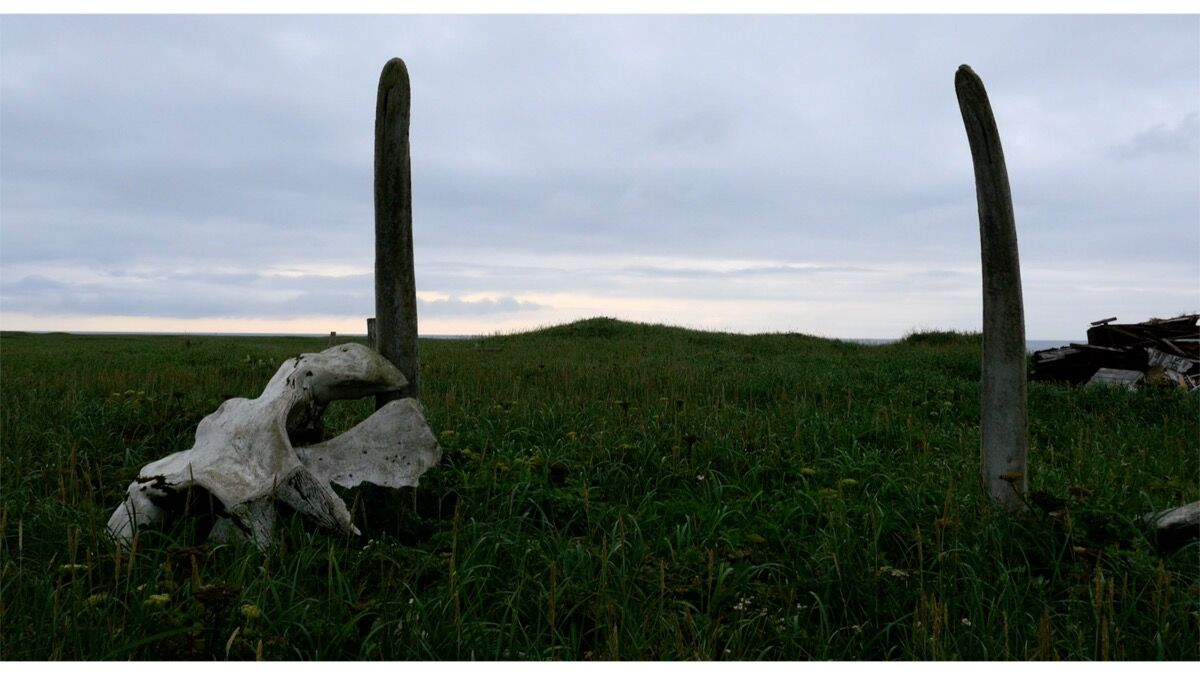 Sky Hopinka, still from Visions of an Island, 2016. Courtesy of the artist and the Whitney Museum of American Art.

Hopinka, who intends to speak to indigenous audiences from an indigenous perspective through his work, said his goal is decidedly “not trying to explain what culture is to an outside audience; not trying to reduce it to easy explanations,” he said.
Like other artists, Hopinka credited Lew and Locks with both engaging him in a dialogue about his work and bringing together a selection of artists that address issues around representation. “It sounds like this is a thing that a lot of people are thinking about for the biennial,” he said, citing
Basma Alsharif
, Kevin Jerome Everson, and James N. Kienitz Wilkins. “That makes me feel really comfortable and really happy to be participating.”

Hopinka said that since being asked to participate he’s focused on new projects, along with freelance work for his tribe and other tribes across the Northwest. He continues to teach at the University of Wisconsin in Milwaukee, where he is based. Stovall is also adamant that little will change. “My personality and how I work as an artist—that’s not changing,” she said. “I’m still deeply private. But I want to contribute to the dialogue.”
Still, with the show’s opening a week away, none of the artists in the biennial can be sure what long-term impact the exhibition will have on their careers. “I’d like to not privilege it above the other types of things we’ve done,” said Sobel.
And being asked to participate in the biennial doesn’t alleviate the grind that comes with being an early-career artist. “There’s a perception that being involved in the show like this is a career-booster,” said Sobel. “But the truth is we both work multiple jobs to keep ourselves afloat. And in that regard nothing has changed in our day-to-day lives.”
Except—as Gollan playfully pointed out in an email after our conversation—that Facebook has inundated the pair with targeted advertorials about the Whitney Biennial.
Isaac Kaplan is an Associate Editor at Artsy.
Related Stories