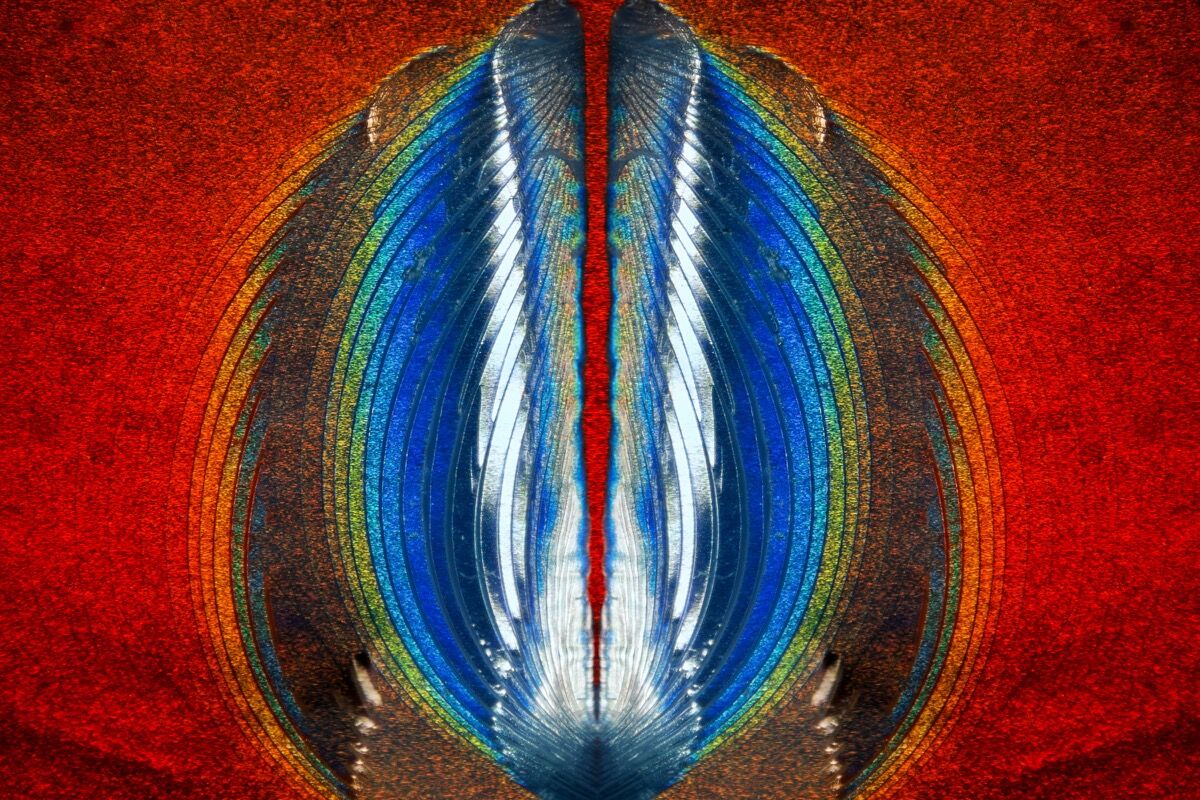 In 1898, farmer-turned-scientist
Wilson A. Bentley
published a series of photographs proving that no two snowflakes were alike (and, in the process, inadvertently fueled a future industry of motivational posters). To capture their intricate structures, he attached a three-foot bellows camera to a compound microscope—and worked fast, to ensure that the flakes didn’t melt before he had time to complete the minutes-long exposure.
This process—photographing minuscule objects with the help of a microscope—is known as photomicrography and is still in use today. But lenses, says Dr. Robert D. Goldman, are “much more complex now,” with the ability to capture structures that are significantly smaller than snowflakes. 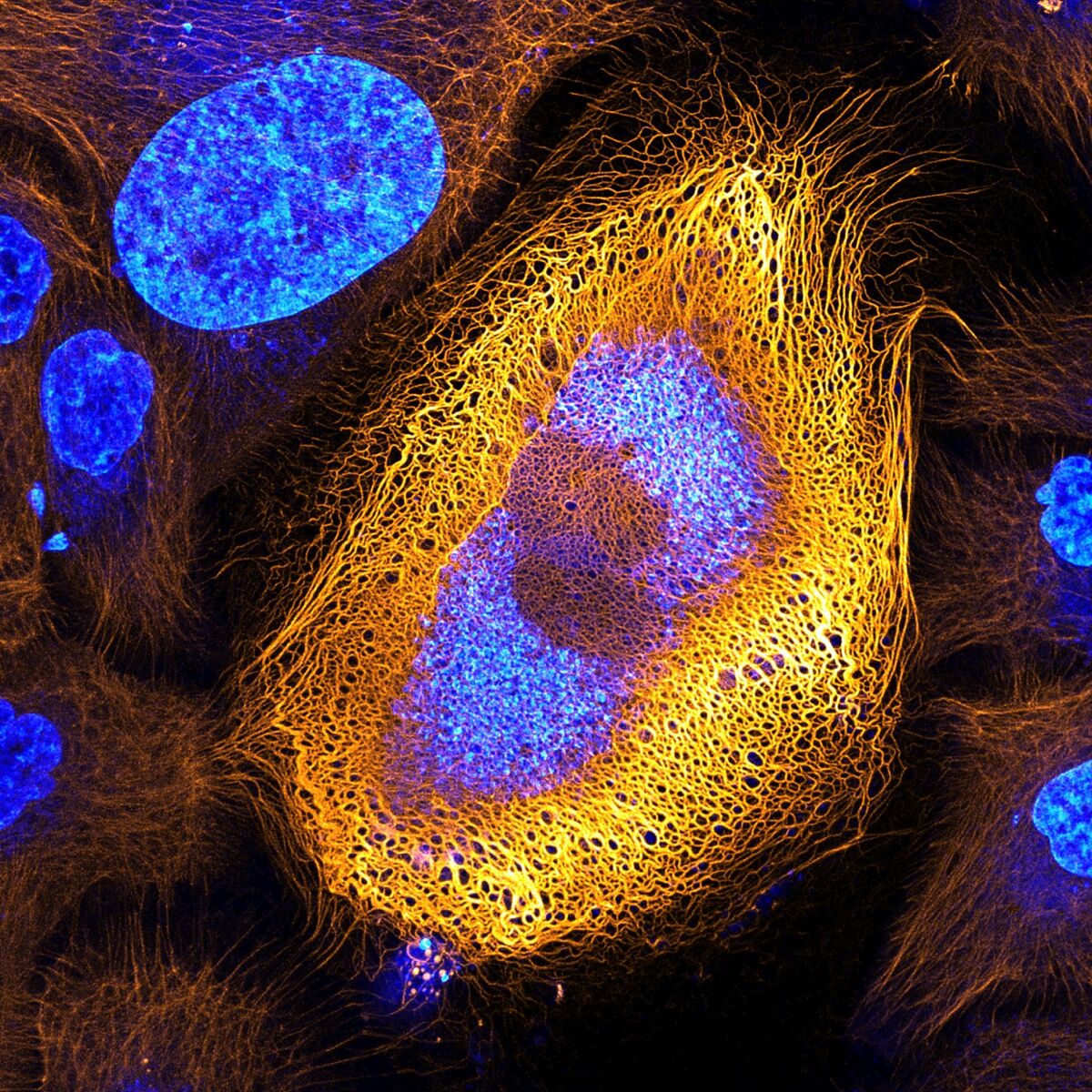 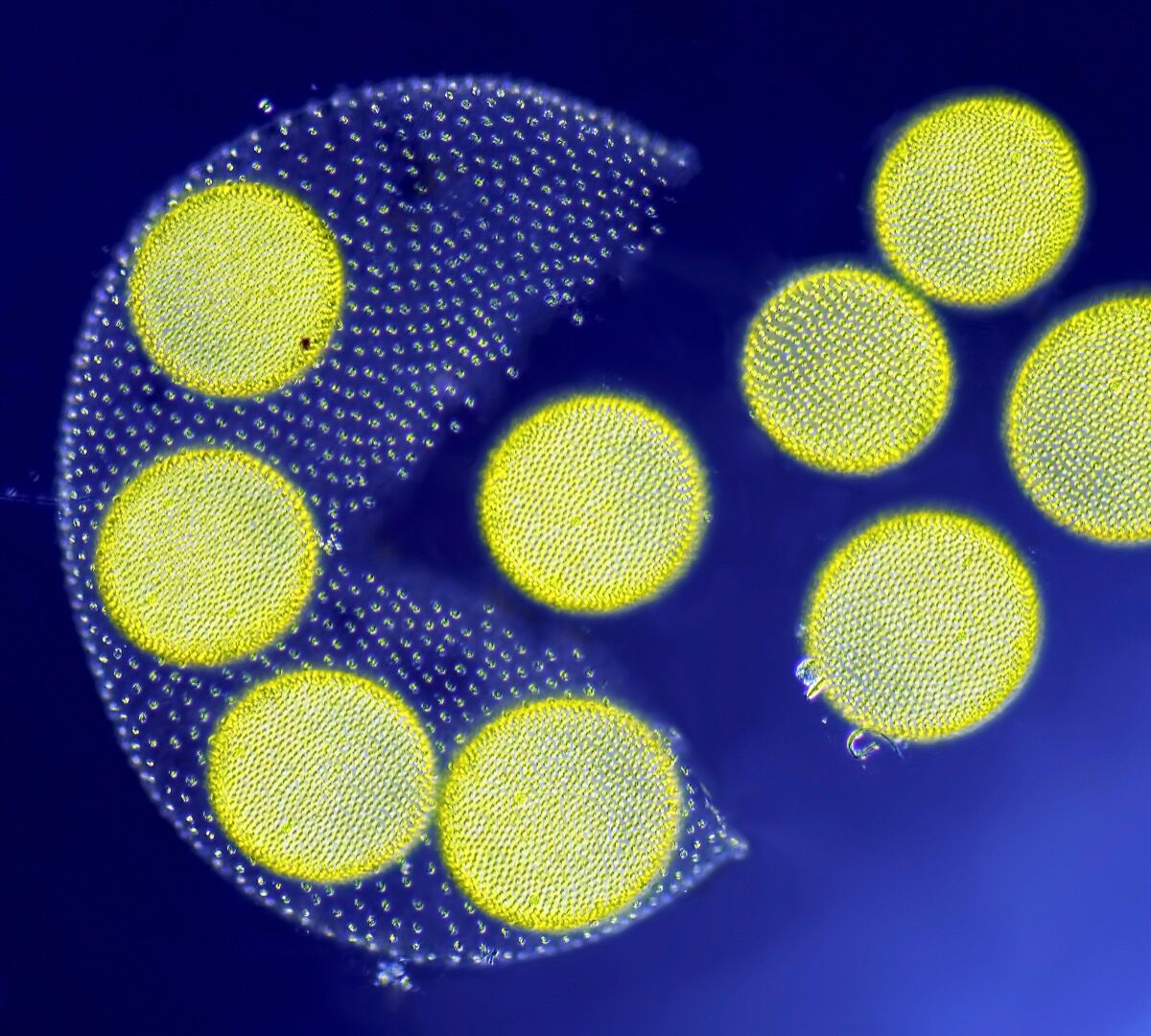 Goldman is the chair of the department of cell and molecular biology at Northwestern University’s Feinberg School of Medicine, and uses photomicrography in his own research. He’s also served as a judge for the 43rd annual Nikon Small World Photomicrography Competition, in which participants submit images that capture the wonder and strangeness of the microscopic realm.
This year, the winning photograph was the work of doctors from the Netherlands Cancer Institute. Their image, in vivid shades of goldenrod and electric blue, depicts an overactive skin cell producing abnormal amounts of keratin. In second place was the work of another trained doctor, Dr. Havi Sarfaty of Israel, who captured the feathery white seed head of a dandelion-like flower. Considering the cost of these sophisticated microscopes—which can range, according to Goldman, from $50,000 to $500,000—many of the entrants have the backing of a research lab or clinic. 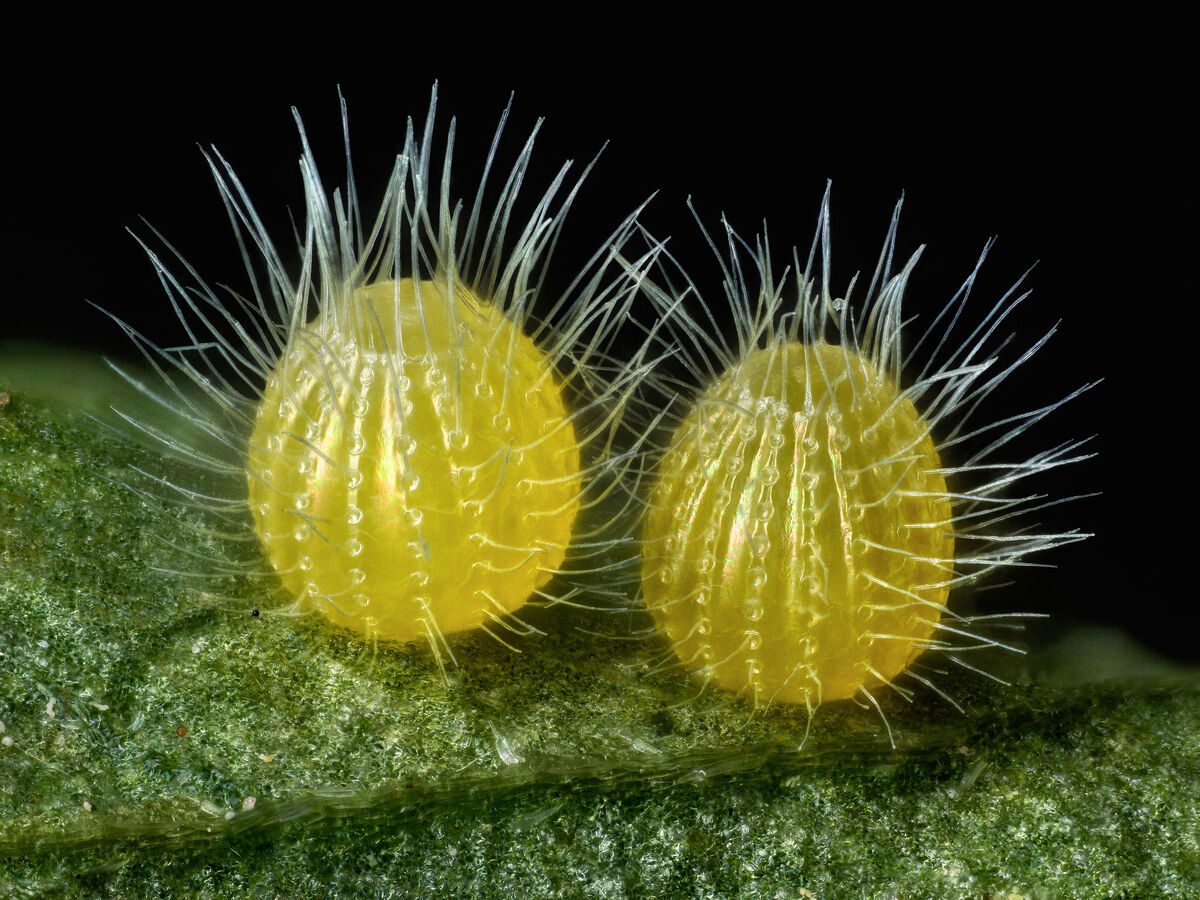 Advertisement
But not all. This year’s 11th-place image is a mesmerizing, iridescent abstraction that turns out to be a fracture in the plastic of a credit card hologram. The creator, Steven Simon, is a photographer based out of Texas. Dr. Nathan Myhrvold, co-author of Modernist Cuisine: The Art and Science of Cooking (2011), submitted an elegant photograph of a broccoli floret that earned him honorable mention. In 2010, the fourth-place photograph of a wasp’s nest was captured by an Italian lawyer.
This variety is a testament to photomicrography’s positioning at the intersection of art and science. Many of these images are key elements of serious research; the abnormal keratin production pictured in this year’s winning photograph, for example, can be used as a tumor marker when diagnosing cancer. 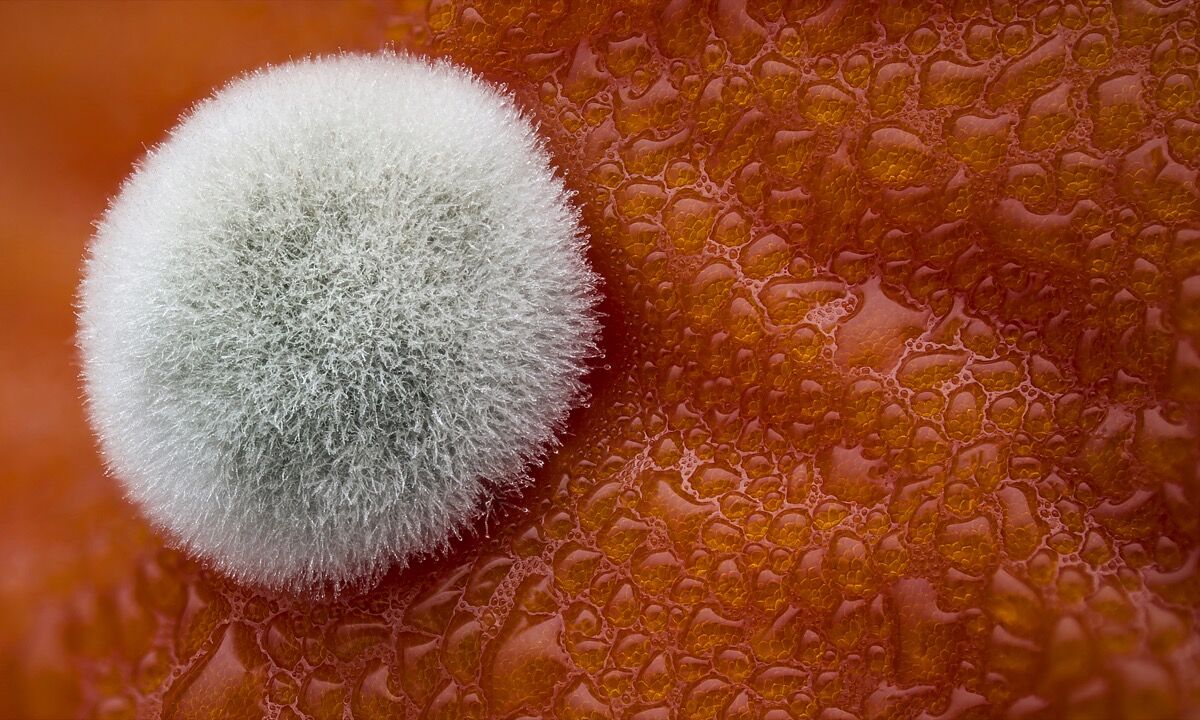 But these photographs are also visually stunning, rare glimpses of a world we could never see with the naked eye. “The beauty is important because Nikon uses these worldwide try to attract kids interested in science,” Goldman notes. (They’re eye catching enough, he laughs, that a fellow cell biologist even made ties printed with microscopic close-ups of cells.)
Some of this year’s winning photographs appear utterly alien—like the matte orb of a daddy longlegs’s eye or the demonic visage of a tapeworm. Others are more familiar, like the aforementioned broccoli or a fuzzy growth of white mold on a tomato. And a handful don’t even seem like photographs at all—magnified by 100, a sea cucumber’s skin looks more like a psychedelic illustration of anchors than any living thing. 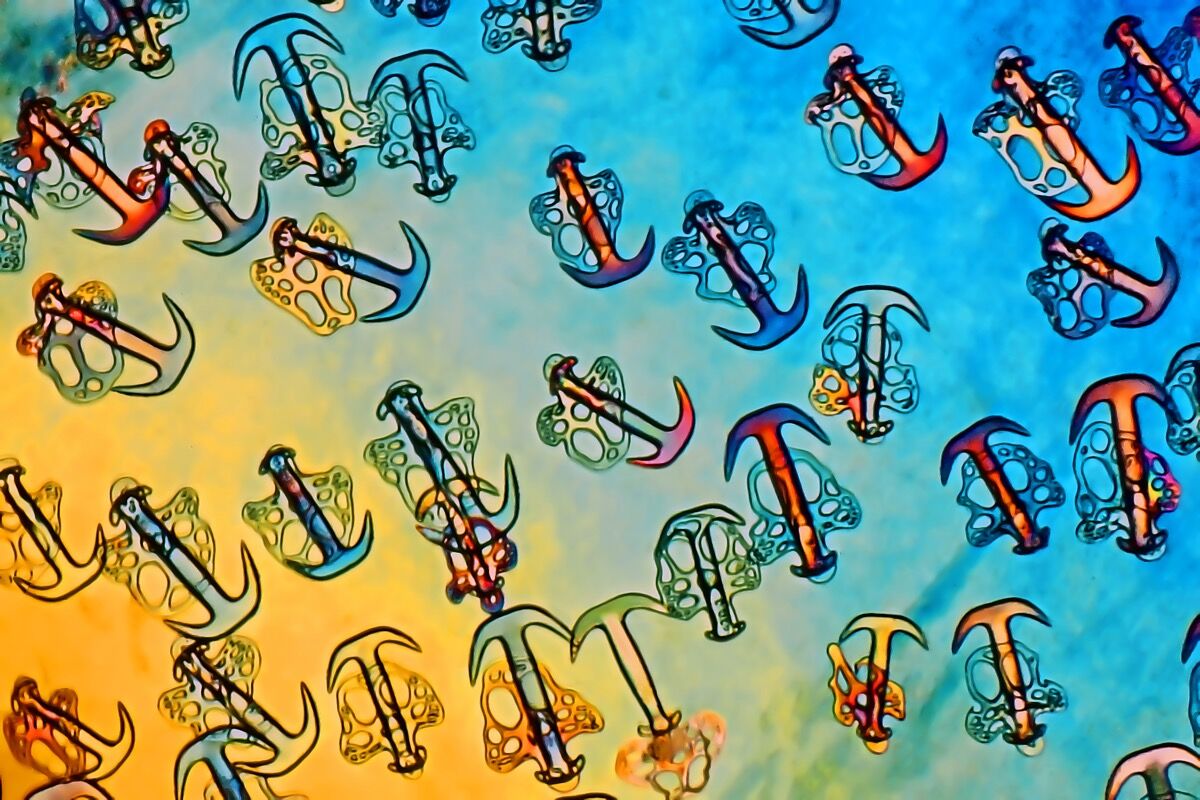 Beyond the beauty and quality of the photographs, notes Goldman, judges also carefully consider what he calls the “take-home message.” In the case of this year’s winner, most people don’t know “that there are hair-like proteins in all the epithelial cells in your body,” he says. “So these images also tell people, even the educated lay public and kids, that cells are extremely complicated, with this complex machinery inside.”
Abigail Cain
Related Stories