These Photographers Explore the Limitlessness of Gender Identity 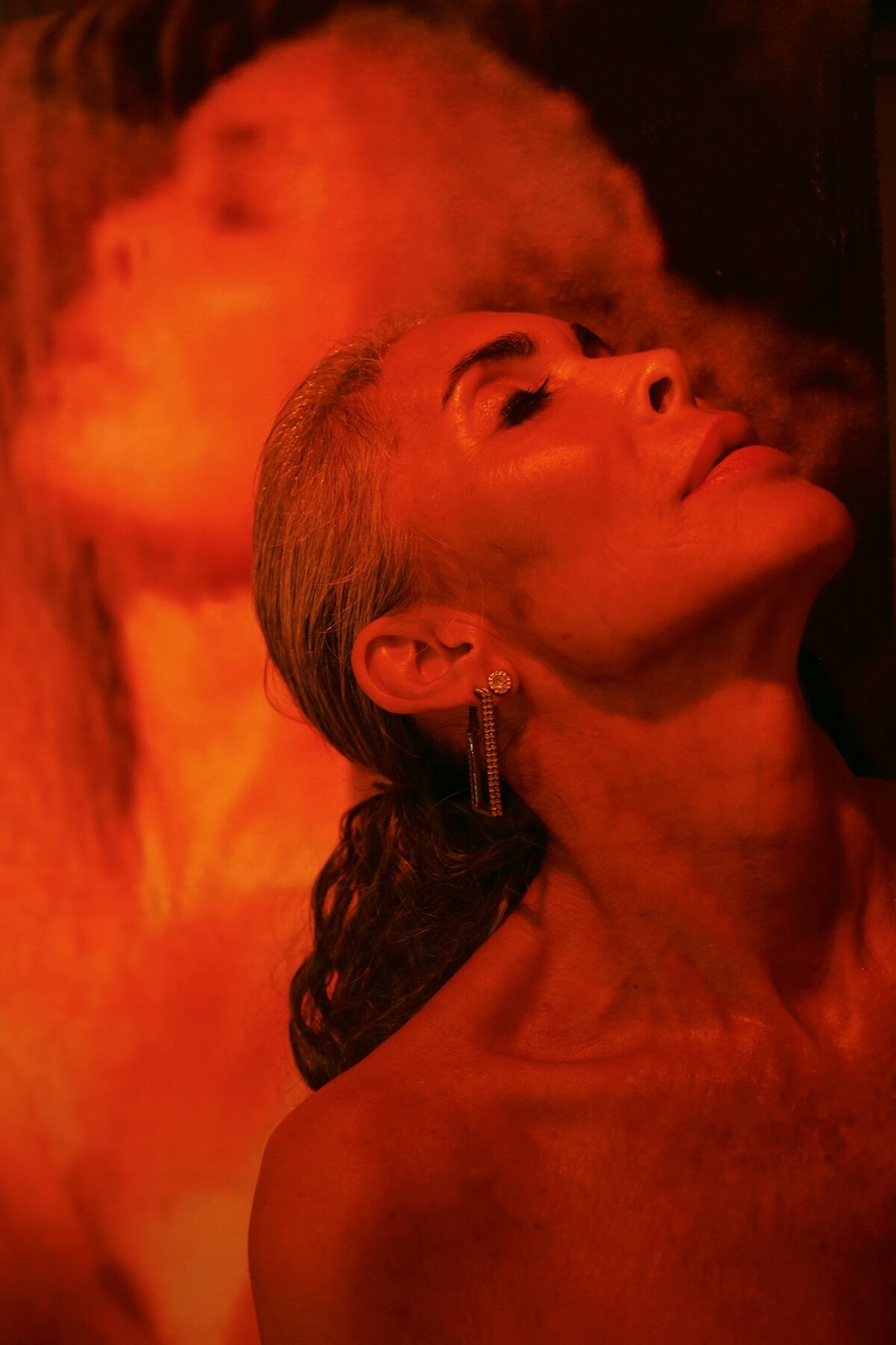 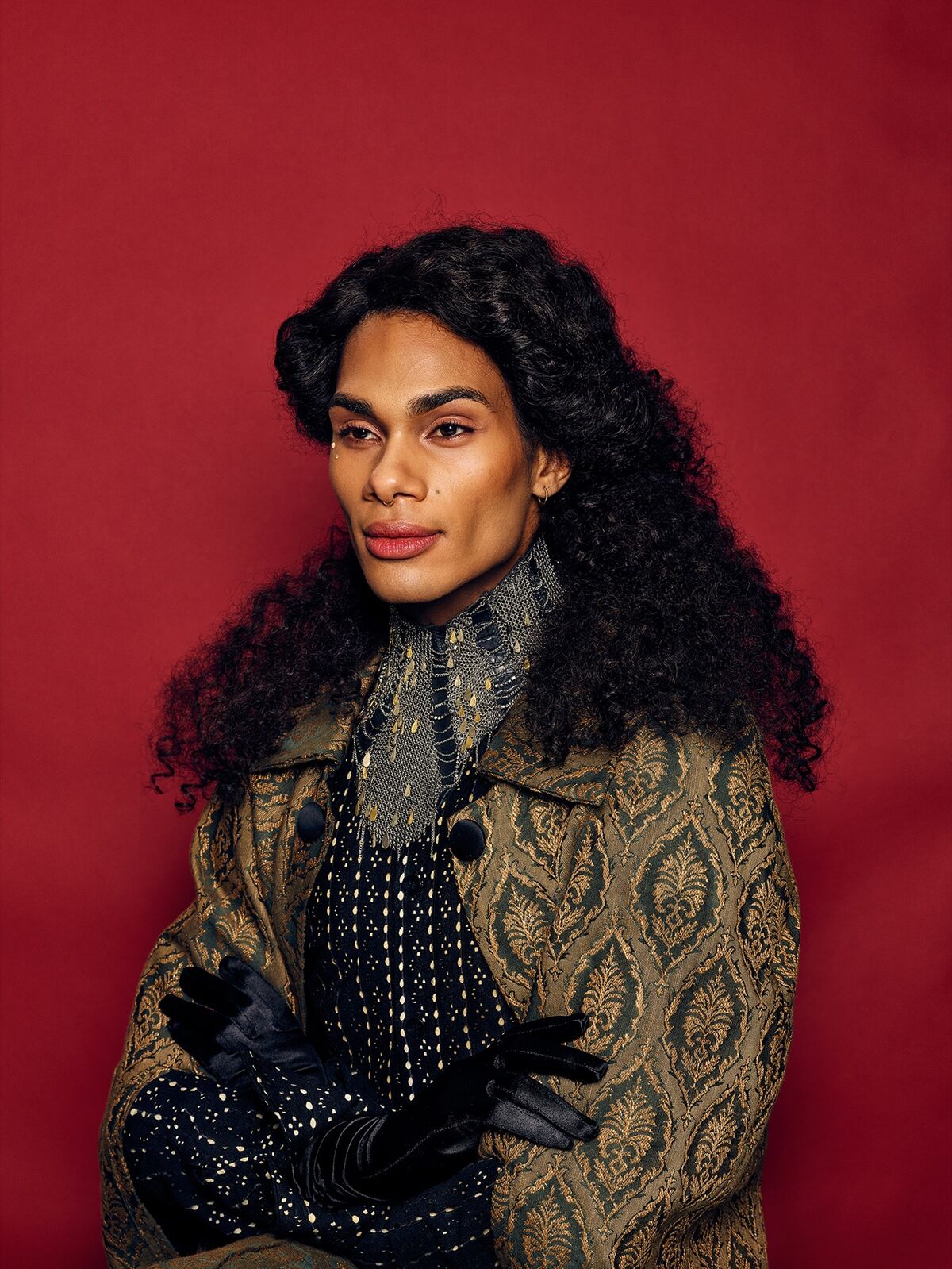 The film adaptation of Orlando: A Biography was almost never made. In the late 1980s and early ’90s, studios roundly rejected director Sally Potter’s vision to bring Virginia Woolf’s 1928 novel to the screen: It wasn’t adaptable; it wasn’t sellable; it was too costly to make. But Potter had already recruited then-up-and-coming actress Tilda Swinton to play the titular, young British nobleman who lives for three centuries and inexplicably wakes up as a woman at age 30.
The director asked Swinton if she would collaborate on a series of photographs—maybe if producers could see her vision, they would believe it possible. So they traveled to the childhood estate of Vita Sackville-West—Woolf’s lover and friend, and the basis of the protagonist’s character—in Kent, England, and Swinton first stepped into the role of Orlando. 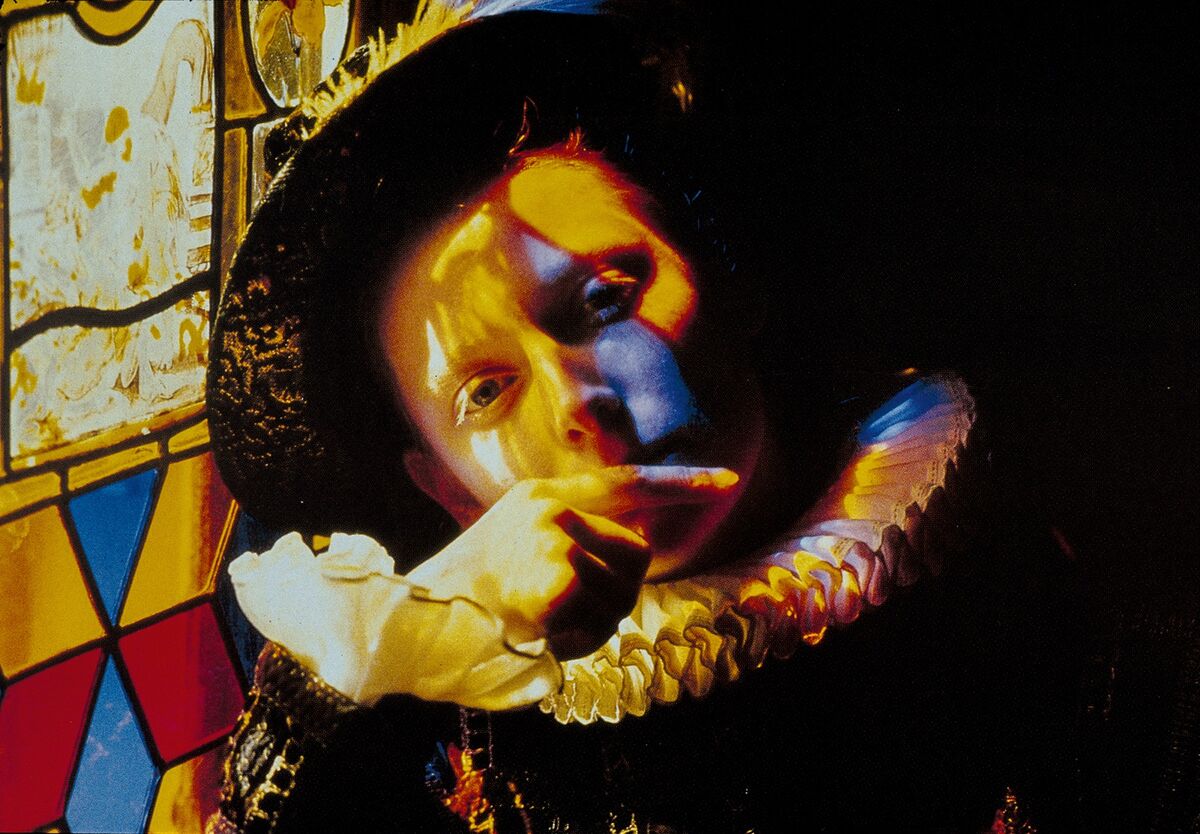 Preproduction image made by director Sally Potter to help secure funding for the film Orlando, spring 1988. Courtesy of the artist.

“I held my loved and modest Nikon close to my eye as it whirred and clicked, holding Tilda’s translucent face in my frame, watching her become—yes, there he was, and there she was, my Orlando,” wrote Potter in the new issue of Aperture, which reimagines the themes of Woolf’s prescient novel through a photography series from renowned artists.
Just as Woolf ended Orlando’s story the year she published the novel, Potter chose to end her version in 1992, the year the movie was finally released. Orlando’s life is timeless—never truly ending, but extending on through each new storyteller. The artists featured in Aperture’s “Orlando” issue and accompanying exhibition on view at Aperture Foundation in New York until July 11th—which Swinton guest edited and curated, respectively—take up that torch: They bring the charming, passionate protagonist into present times. 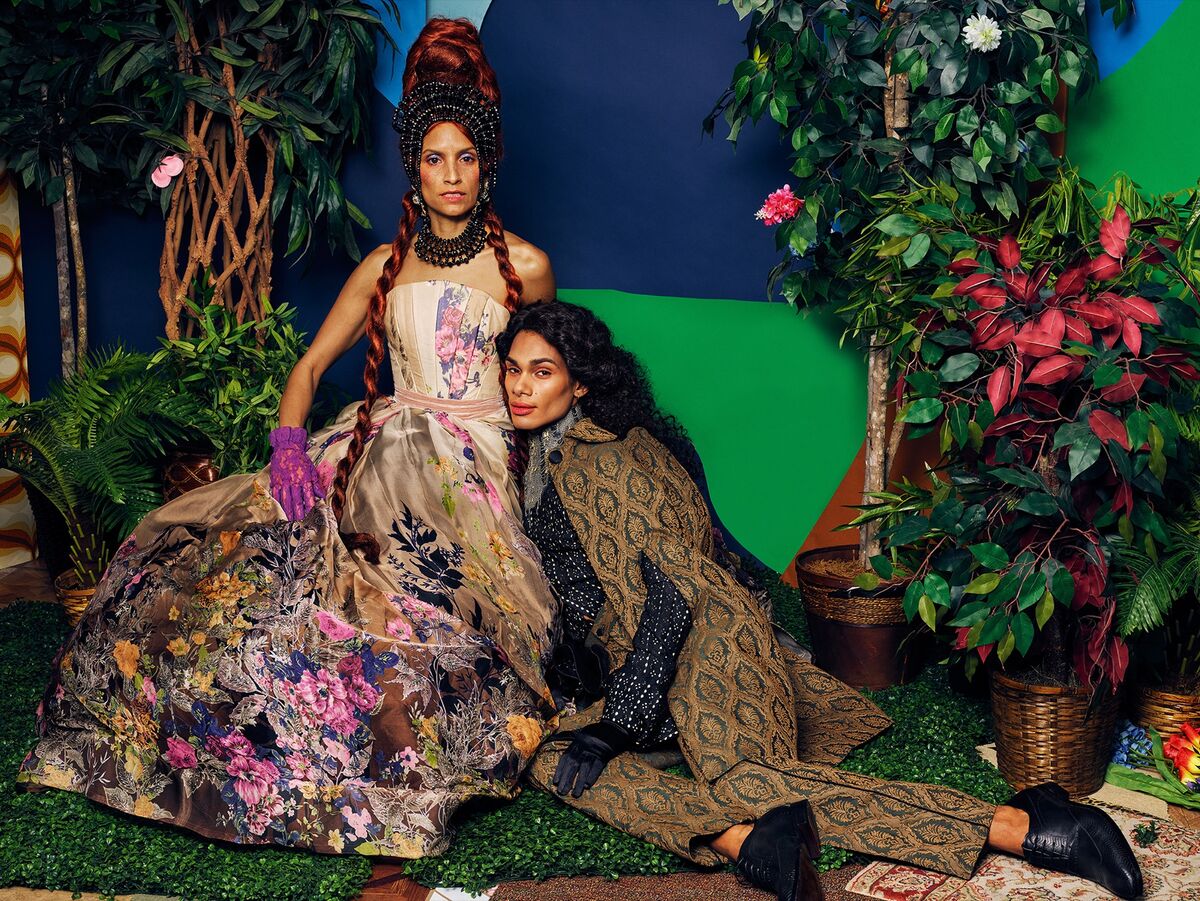 Advertisement
Most of the photographers made entirely new work for the project, taking direct inspiration from the novel or film, while others made new edits of earlier series. It was a commission that, for many of them, struck a personal note. “The character Orlando, knowing that she was a woman, but was identifying as a male, resonates so deeply,”
Mickalene Thomas
told writer Antwaun Sargent in the issue. “As a teenager, when I was really coming to terms with my own sexuality, and was very much more androgynous than I am as my adult self, it felt so reassuring, safe, and exciting to see that on-screen.”
In Thomas’s series for Aperture, her partner, Racquel Chevremont, and performance artist
Zachary Tye Richardson
update the period portrait, styled in a synthesis of classic and contemporary references, like an Elizabethan hairstyle paired with a BDSM O-ring collar. They sit against neutral backdrops, reminiscent of the Tudor-inspired portraits of the book’s characters taken by Woolf for the novel, or in impromptu-like studio settings signature in Thomas’s work, with dark wood paneling, colorful sheets, and artificial plants. 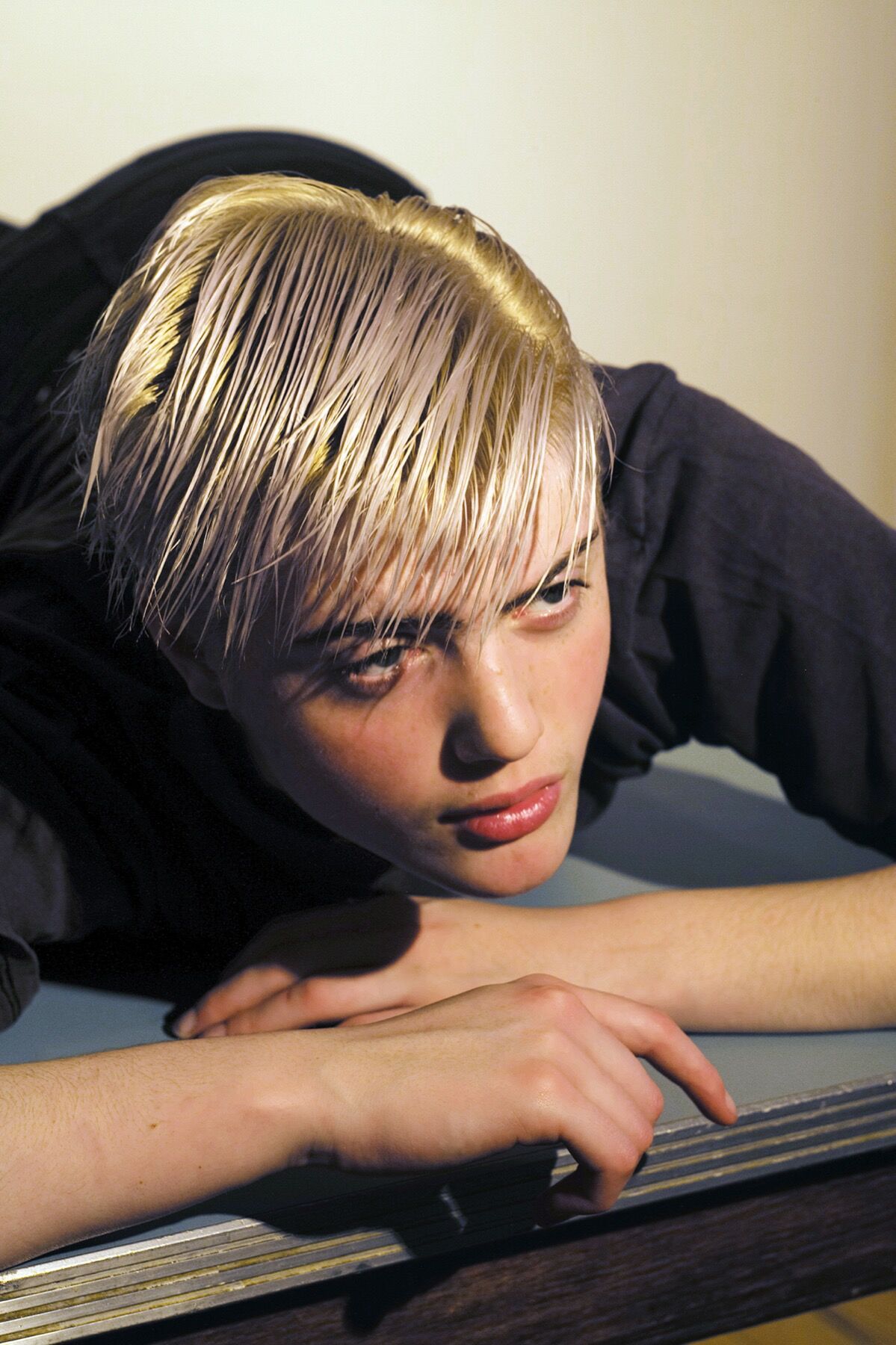 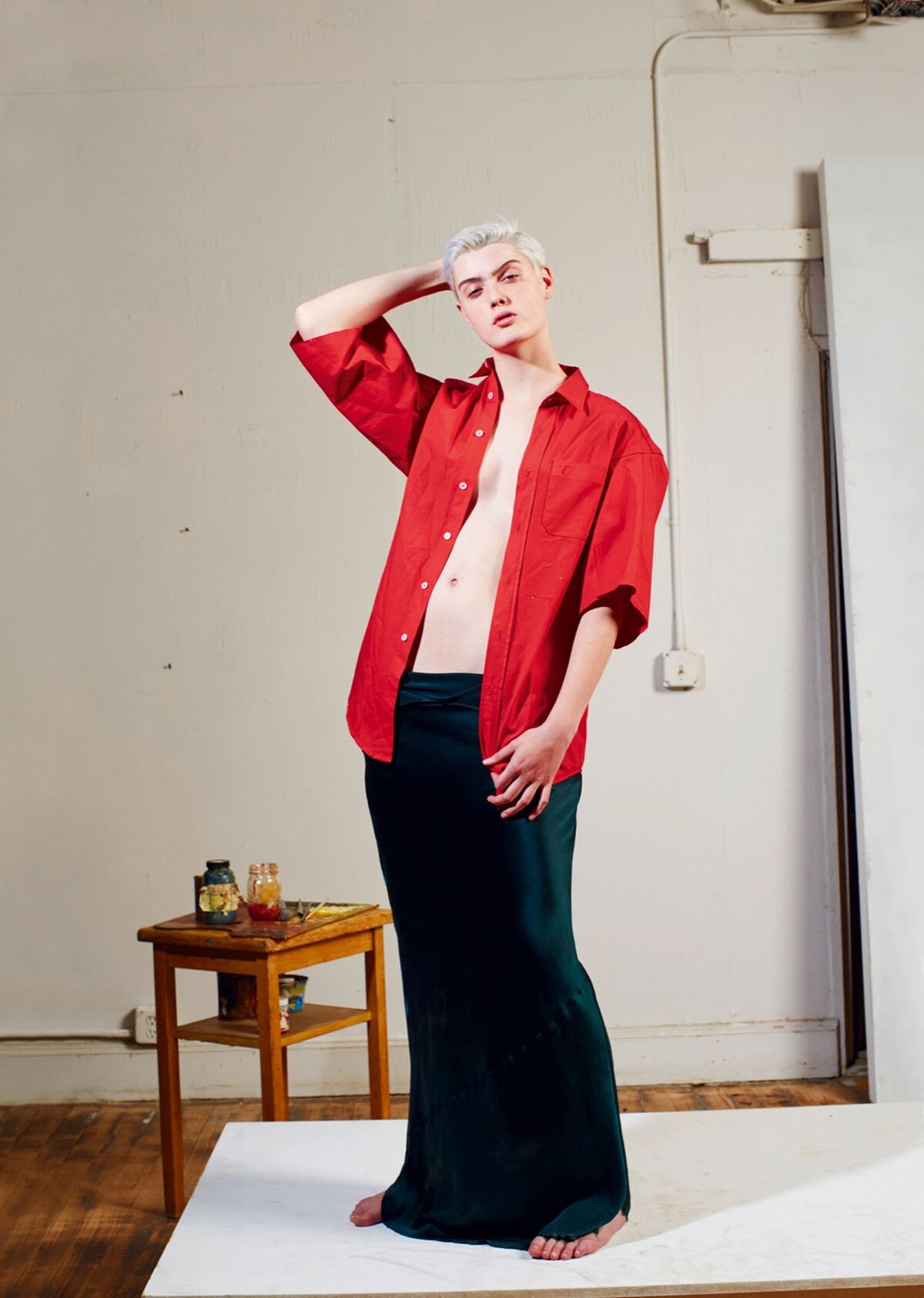 As Sargent points out, Thomas’s photographs dispel with the need for “passing”—in her studio, gender is transcended as femininity and masculinity converge in service of universal beauty. It brings to mind Swinton’s take on the source material. “I see Orlando as a story about the life of a human striving to become liberated entirely from the constructs of gender or social norms,” she penned in the issue.
Together, the artists’ works are a celebration of transition, transformation, and fluidity. In one of
Elle Pérez
’s images—currently on view at the 2019 Whitney Biennial—entitled Mae (2019), the photographer positions their friend, post–facial feminization surgery, as Madonna in blue. Mae wears a floral headscarf, with bruises like yellow pollen around her eyes and stitches across her throat. Turn the page, and the spirit of Orlando is embodied in the three-year metamorphosis of trans model Casil McArthur, photographed by
Collier Schorr
. Orlando is alive in non-binary South African artist-musicians FAKA, lensed by Jamal Nxedlana. Orlando is longtime LGBTQ+ public health worker Rosalyne Blumenstein, delicately posing like
Sandro Botticelli
’s Venus for artist and Transparent producer
Zackary Drucker
.
Like Thomas,
Carmen Winant
also took cues from Woolf’s portraits, which posed Sackville-West and close friends as Orlando and his loves. Winant displayed those images and found photographs of clay figures on easels, then taped prints of those displays on top of her own images of her body.
The final images show a layered optical effect. Winant renders skin, wood, paper, clay, and tape flat; they are multi-textured, three-dimensional forms confined in two-dimensional space. Likewise, what makes up a human is much more complex than what we see; we are a synthesis of any number of intricate thoughts, feelings, and influences within our physical bodies. 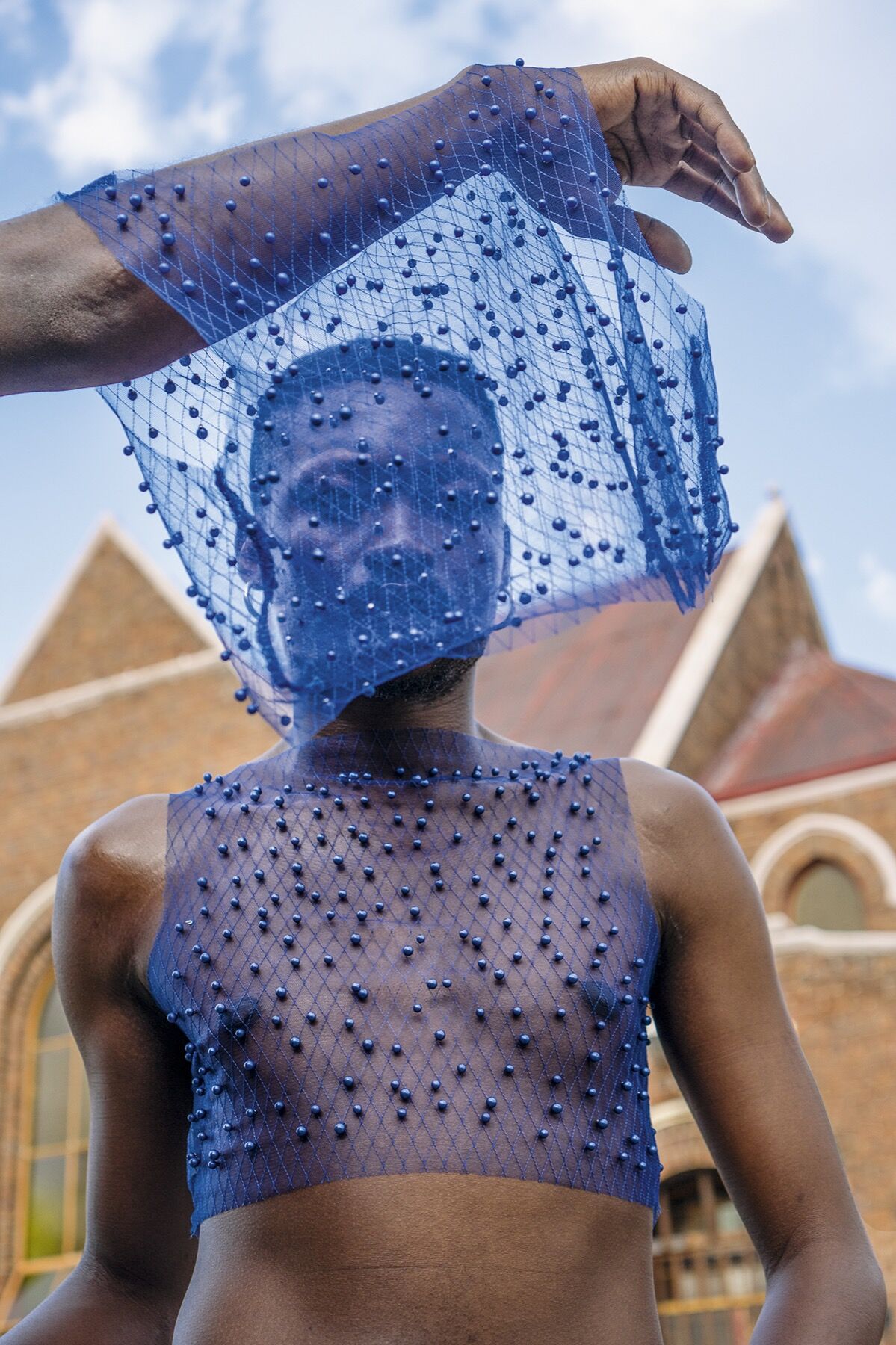 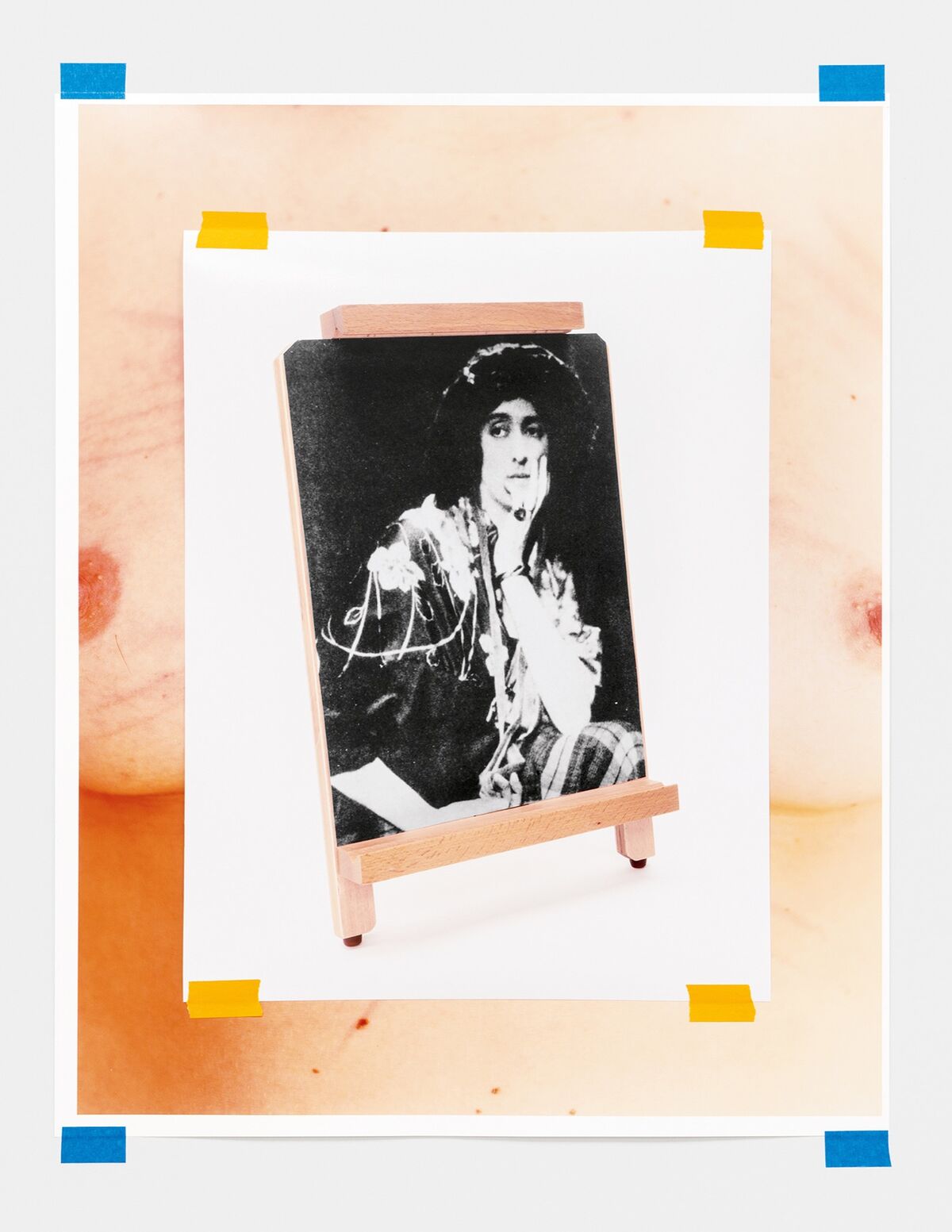 Carmen Winant, A melon, a pineapple, an olive tree, an emerald, a fox in the snow, 2019, for Aperture. Courtesy of the artist.

These artists vividly illustrate the transformative potential of humankind, as Woolf did when she first began conjuring her lover as a dashing nobleman from three centuries earlier. Orlando isn’t really a novel about gender, as Swinton writes in the issue, but about limitlessness. “[It’s] far more as being about the profound flexibility of the fully awake and sensate spirit,” she muses. “[It is] an invaluable parable about true freedom. A directive to the existence of an authentic and responsive soul: consistent and evolving, inviolable, and pure.”
Jacqui Palumbo is a contributing writer for Artsy Editorial.
Related Stories

Naima Green Captures the Many Faces of the Queer Community 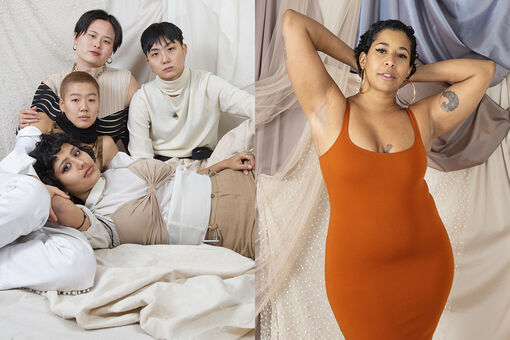 Naima Green Captures the Many Faces of the Queer Community
Eloise Blondiau
Mar 7, 2019