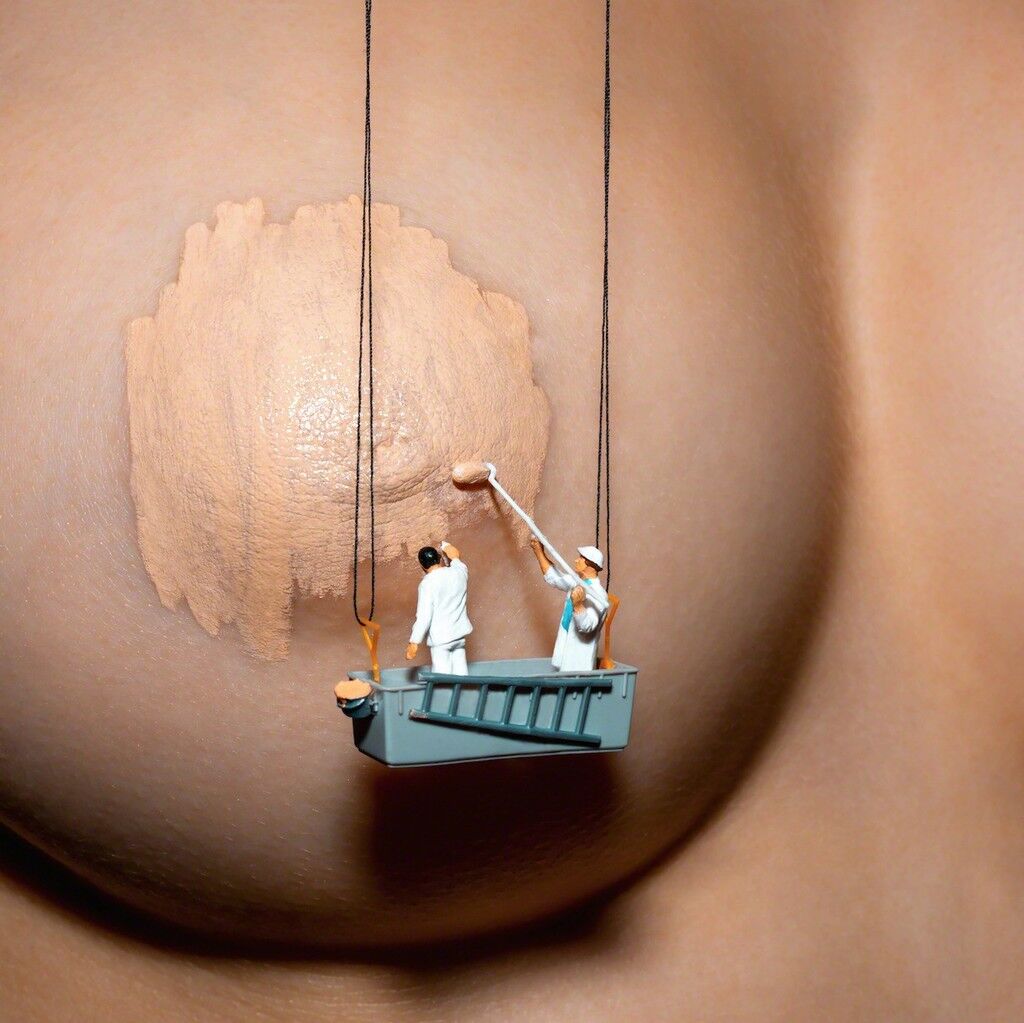 Marius Sperlich
Painters 2018
Gabriel Wickbold Studio and Gallery
A trace of hair, the shadow of cleavage, a sliver of a nipple. What can amount to a mere handful of pixels on a screen can whisk a photographer’s Instagram account into digital oblivion.
Savannah Spirit
learned this the hard way. The Brooklyn- and Los Angeles–based photographer has been removed from Instagram so many times she’s lost count. Today, the self-portraiture she posts feels like a meditation on liberation within constraint. She poses in the shadows of window blinds, the dark lines falling along the parts of her body Instagram would deem inappropriate. “Thank you Instagram,” she joked of her censorship-inspired compositions. “It pushed me to another level [and] forced me to figure out another way to show my work […] but it’s also the bane of my existence.” 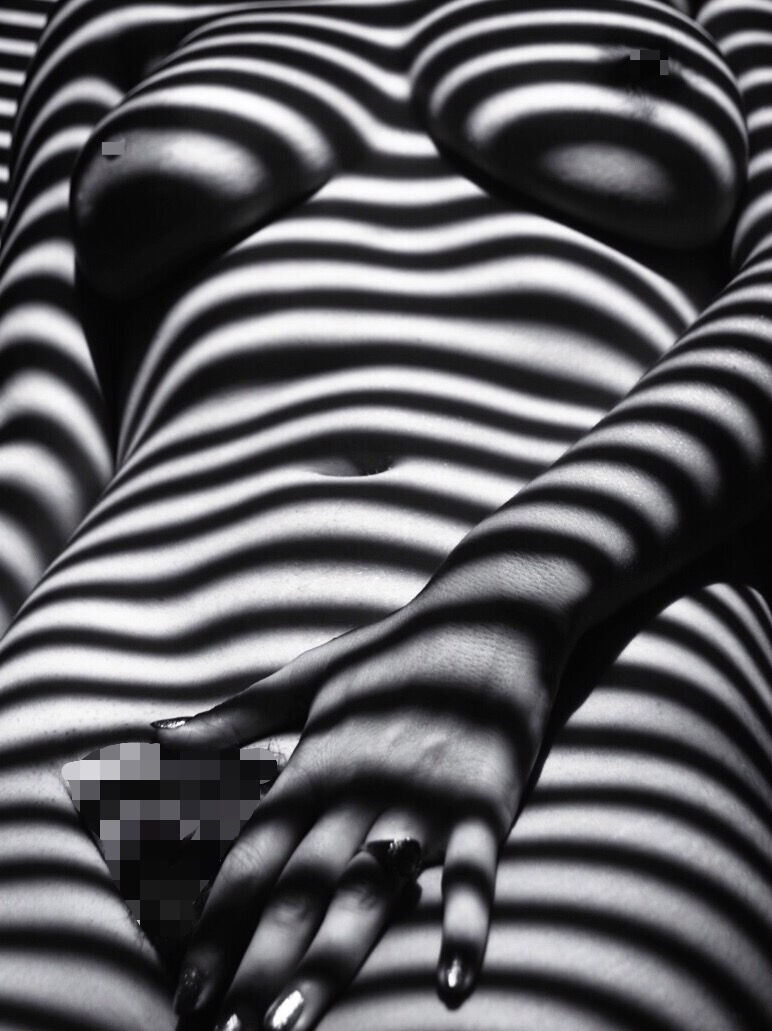 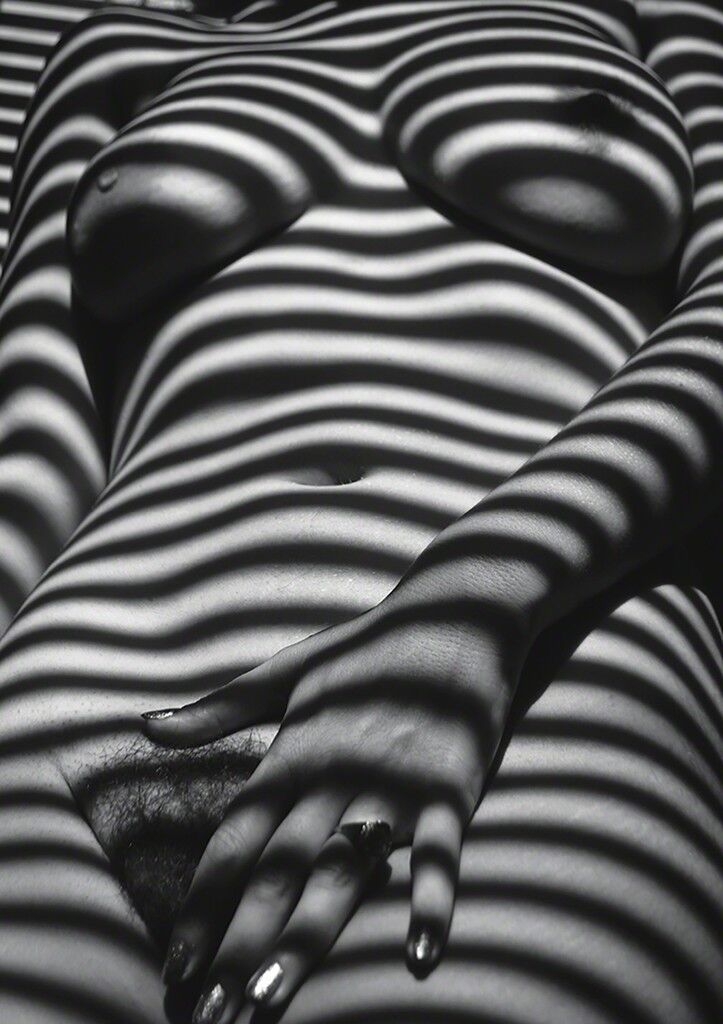 Savannah Spirit
Freedom for the Artist, 2017
Undercurrent Projects
For photographers who work with nudity, posting on Instagram can feel like playing a game of Russian roulette. The company gives no warning before removing photographs—and entire accounts—it deems in violation of the Community Guidelines, which infamously ban “some photos of female nipples,” restrict frontal nudity, and begrudgingly tolerate images of the “buttocks” if photographed from a distance. The platform makes exceptions for images of painting and sculpture; many photographers are pushing for “artistic” nudity in their medium to be allowed, too.
But
Paul Mpagi Sepuya
, whose photography appears in the 2019 Whitney Biennial, takes issue with this framing. “Should the tastefulness or quality of the art in question be factored into its censorship?” he asked. “It’s a ridiculous question.” And it gets at another, perhaps even more fraught debate: What makes an image art?
Recently, Instagram has made these gray areas even grayer, instituting a policy to limit the spread of “sexually suggestive” images that do not explicitly break its guidelines.
2 Images
View Slideshow 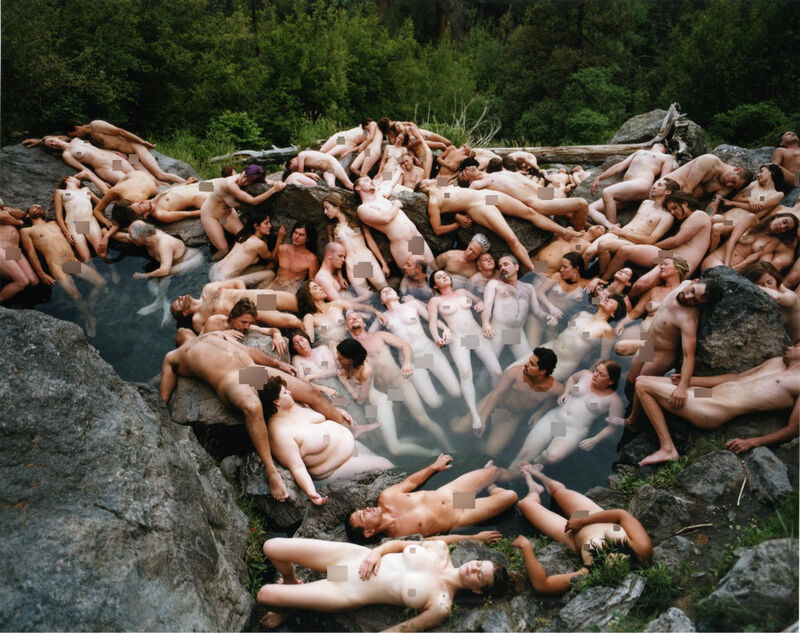 Advertisement
Emerging artists are particularly vulnerable in this nebulous landscape. When
Betty Tompkins
’s account was taken down in April for posting her photorealistic painting, Fuck Painting #1 (1969), Instagram reinstated it within a day—likely, in part, due to outrage from the art world.
Spencer Tunick
, who spends hours meticulously blurring thousands of nude bodies in his large-scale installation photography, already has a loyal following. But for new or unknown photographers, an Instagram ban could be career-altering. Marginalized artists risk losing their refuges, too: Those who live in homogenous parts of the world might rely on an online community for support. With the aim of maintaining an “authentic and safe place for inspiration and expression,” as the company outlines in its policies, Instagram deploys a mix of algorithms and reviewers to enforce its community guidelines. Considering the graphic content that social media platforms contend with—disturbing YouTube videos targeted at children, photos on Facebook so gruesome they’ve traumatized content moderators—to many, a healthy amount of regulation is welcome, given the alternative.
As with any sort of moderation, there is also risk of overreach. With more and more evidence that human biases are crystallized and amplified by algorithms, there is continued debate on whether Instagram’s goal of creating “a safe and open environment for everyone” actually includes everyone. Nora Pelizzari, director of communications at the National Coalition Against Censorship (NCAC), argues: “Censorship always impacts those with the least access to power, first and hardest.”
In 2017, writer Linden Crawford and photographer Annie Flanagan studied Instagram’s policies before posting a photo of Crawford post top surgery. They found it odd that Instagram explicitly outlined nudity exceptions for mastectomy scars and breastfeeding, but made no mention of top surgery. Regardless, they felt assured that the photo of Crawford did not include “female” nipples. And yet when the photo made it to Boreal Collective’s account, of which Flanagan was a member, Instagram removed it. Portrait of Linden Crawford by Annie Flanagan. Courtesy of the artist.

According to Flanagan, an Instagram representative blamed it on the platform’s algorithms, explaining that with the sheer volume of flagged posts, some are bound to slip through the cracks. But with guidelines insisting that bodies be categorized as male or female, Instagram’s policies plainly exclude gender non-conforming and trans individuals. “What I see most is the censorship of trans bodies,” said Flanagan. “Not all bodies should or do fit into categories that an algorithm can be trained in.”

Instagram’s algorithms can’t always distinguish between male and female nipples, which the account @genderless_nipples illustrates, by posting close-up shots of gender-ambiguous nipples to tens of thousands of followers. On June 2nd, Tunick will partner with NCAC to force the platform to reckon with the arbitrary distinction, through a staged photograph of around a hundred nude participants that carefully adheres to Instagram’s guidelines. Last week, NCAC announced that several famous men, including Bravo’s Andy Cohen and Red Hot Chili Peppers’s Chad Smith, had donated images of their nipples to the project.
But as of April, the rules have broadened beyond specific anatomy: “Sexually suggestive” content can also be removed from hashtags and Explore pages.
But what is “sexually suggestive” is completely subjective, Pelizzari argues. “What is arousing to one person is not arousing to another […] To one person, it could be a picture of a face with a finger in someone’s mouth.” Just as in film, where scenes of female pleasure have historically been given more sensitive ratings, such loose terms risk double standards or overreach.
Vague policies ultimately beget vague enforcement. In response to an image of nude women reading magazines, Tunick was reprimanded by Facebook (which owns Instagram) for not using big enough pixels to cover the participants’ nipples. On Spirit’s account, a blurred nude photo was removed but another with a clearly exposed nipple remains.
Often, it’s up to the photographers to determine what they are doing wrong.
Erik Madigan Heck
, a renowned fine-art and fashion photographer, posts images of his wife and two young sons in the buff that recall
Renaissance
paintings in their composition and lighting. “I was surprised by every image that got censored,” he said. “They weren’t even particularly risqué—they were just beautiful, romantic images of family.”
Shoog McDaniel, a genderqueer, Florida-born artist who specializes in fat-positive photography, said the social media giant has removed photos that McDaniel properly censored. McDaniel, who uses they/them pronouns, also noted the platform’s content-reporting process allows malicious users to target “hated” bodies, referring to one particular fat-shaming account that flags body-positive accounts, then posts screen captures. (A recent Jezebel investigation found an account similarly exploiting Instagram’s report feature to remove sex workers from the platform.) McDaniel finds the current landscape dismally unsurprising. “We have lived with our bodies being constantly under scrutiny even before the internet,” they said. 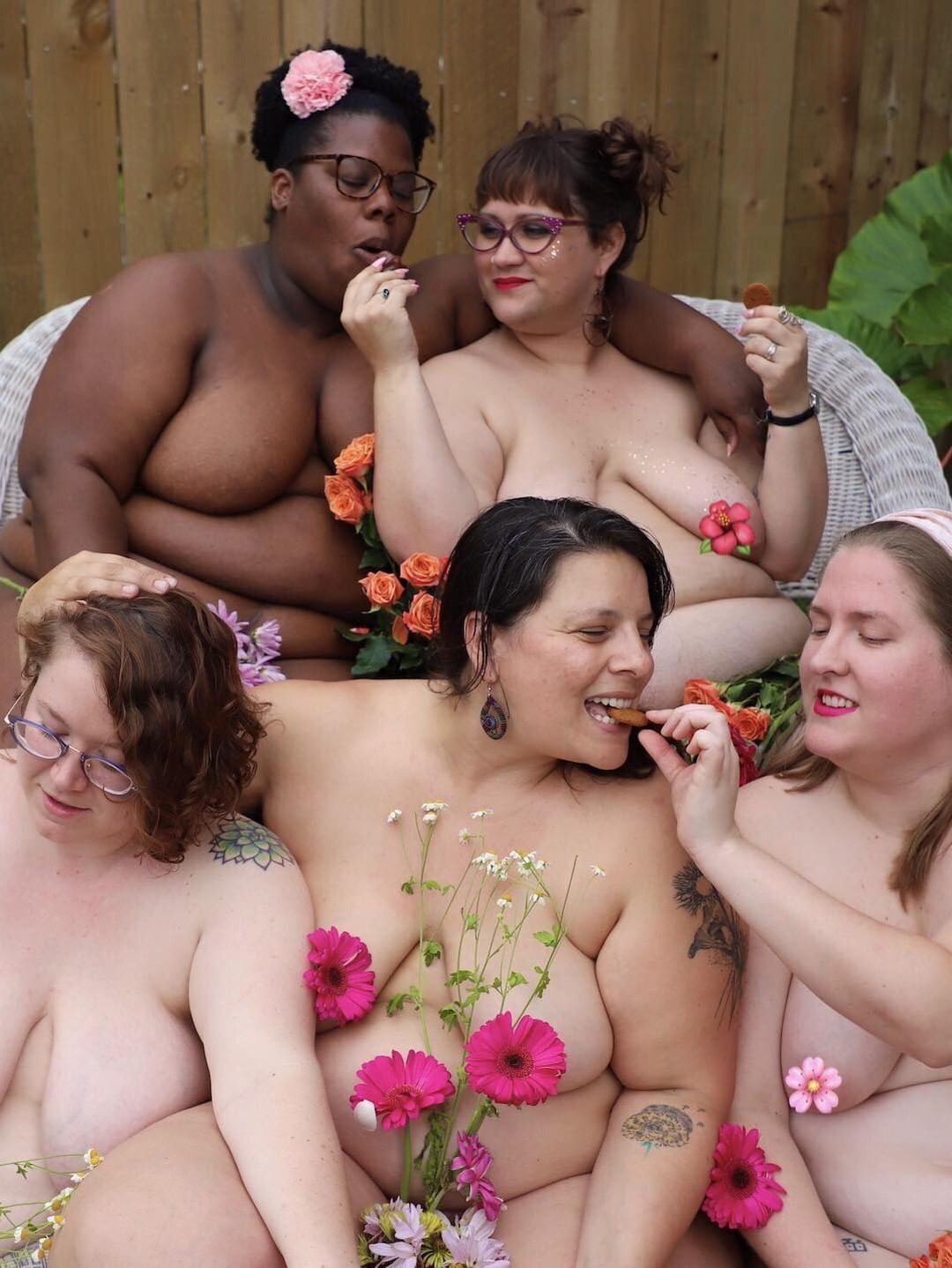 Though McDaniel has had “about a million” photos removed, they said with a laugh, they hadn’t had one taken down in months when their account was suddenly banned in February. After a sleepless weekend and supporters rallying for the cause, @shooglet eventually resurfaced. And yet, they never received any concrete answers from Instagram as to why the account was deleted. McDaniel is so nervous about their account being removed permanently, they’ve created an emergency back-up.
In addition to outright bans, users can have their influence curbed in more subtle ways. Tunick says his posts don’t show up in hashtags. Spirit fears a recent lag in new followers means she has been “shadowbanned”—blocked from Instagram’s public Discover section. While these policies are briefly addressed on a help center page, Instagram gives no notice when an account has been restricted. Uncertain of whether they are being monitored or how many strikes they have, “you have all of these artists working in fear,” Tunick said. 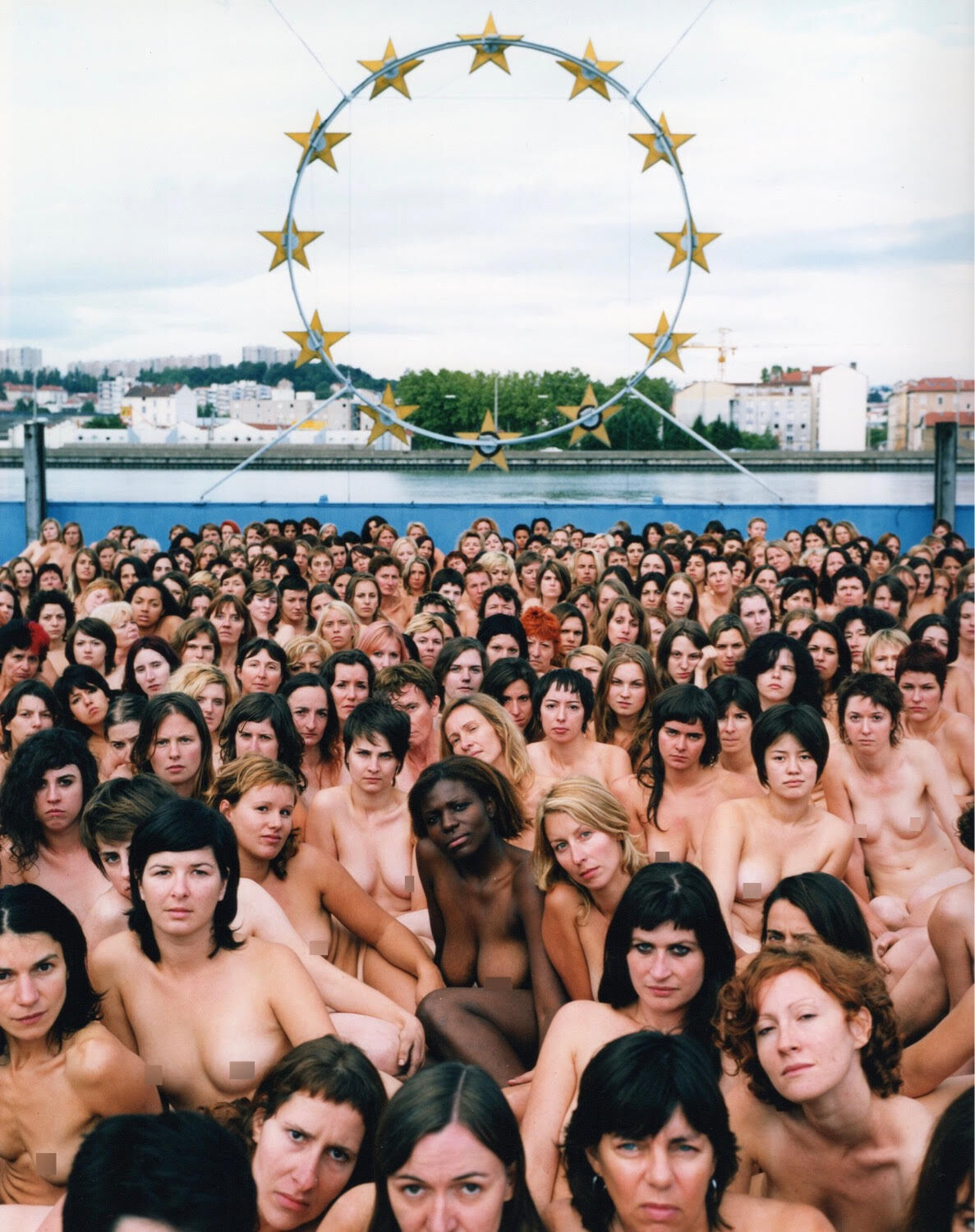 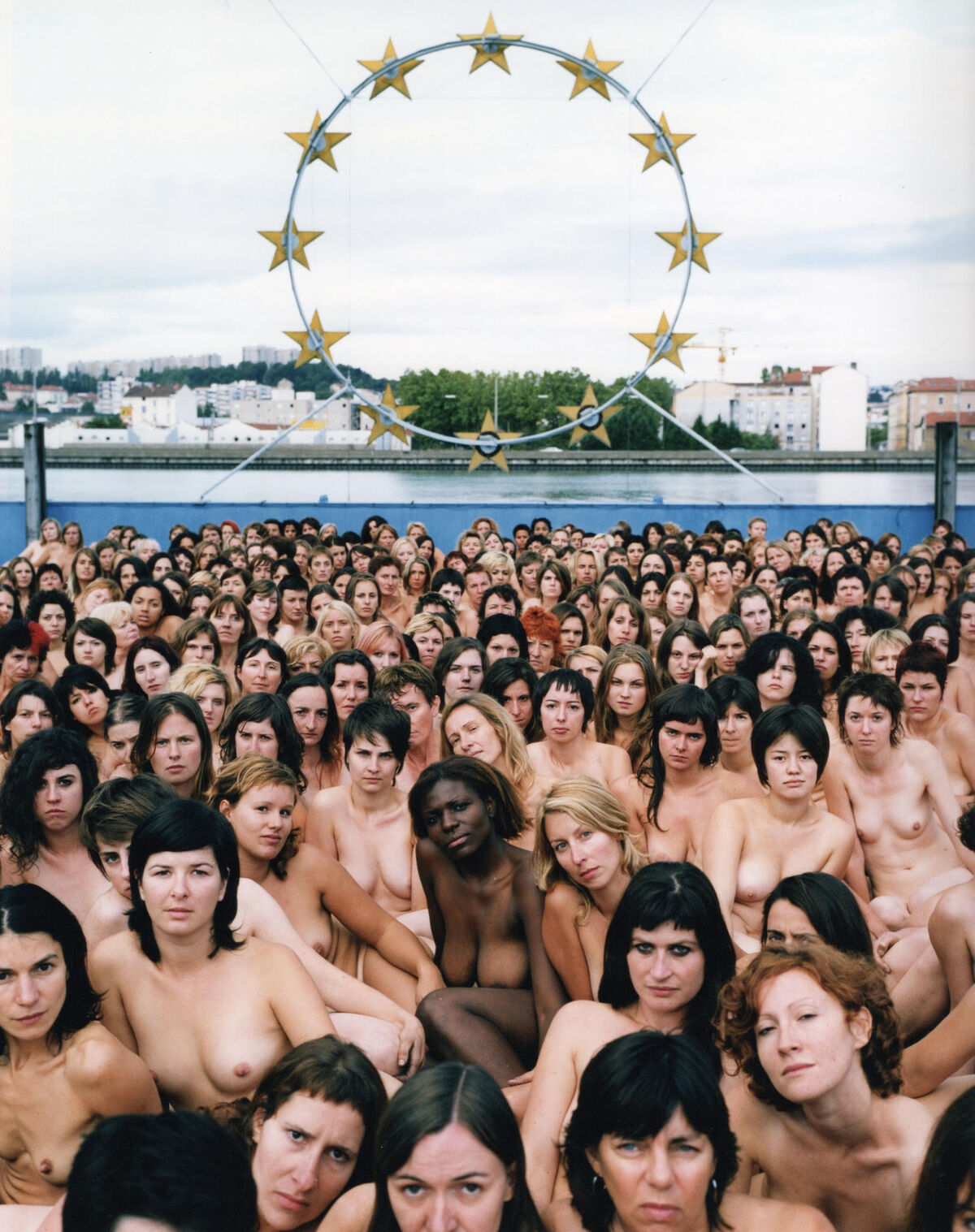 Instagram’s stringent policies are a part of a growing trend toward sanitizing the internet. In December, to the dismay of many LGTBQ+ and fan communities, Tumblr banned nudity entirely.
Some chalk up the crackdown to corporate preferences that position nudity in opposition to capitalist incentives. “The platforms need to be honest and say that censorship of nude bodies and sexuality is about what advertisers will and will not accept in terms of proximity to their product advertising,” Sepuya said. And it wouldn’t be without precedent. For a feature on Artsy about internet art communities, one of the founders of DeviantArt, Matt Stephens, pointed to their lax image policies—if it could hang in a museum, it could stay on the site—as a point of contention with early investors. “They didn’t believe that our user agreement was tight enough,” he said.
Heck blames underlying, age-old puritanical values in the U.S. more broadly. “We live in an archaic, conservative, religious society that is run predominantly by old men who value violence over beauty,” he said. 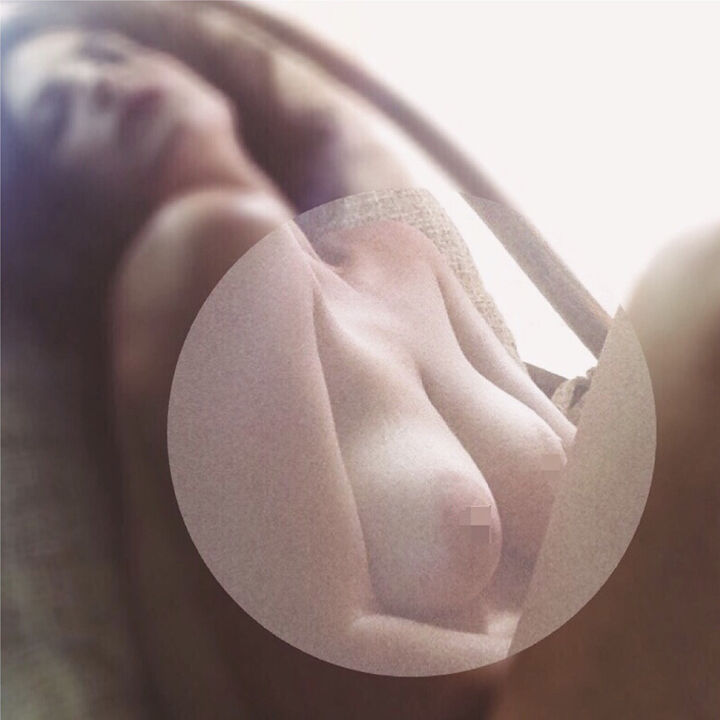 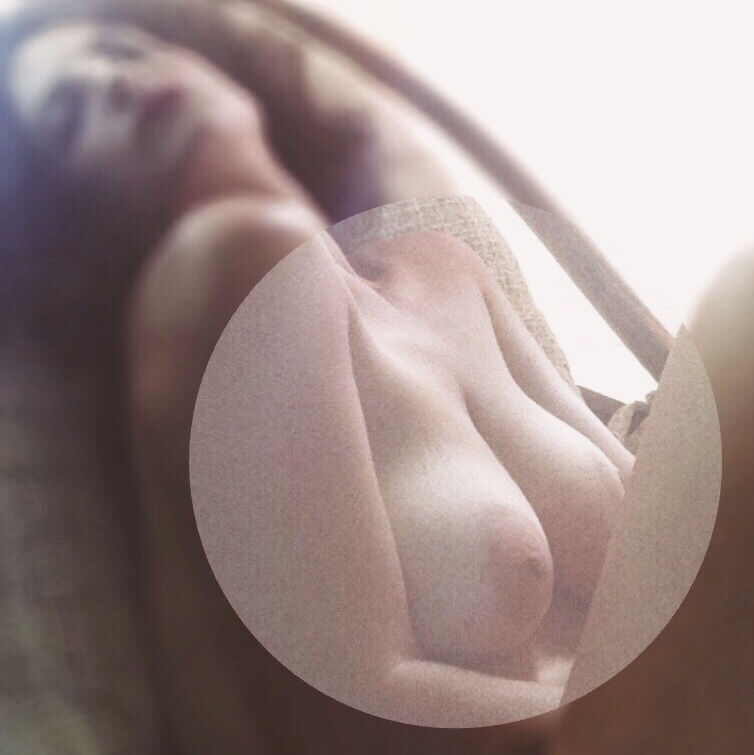 For photographer
Olivia Bee
, Instagram’s policies get at a widespread culture of shame and bodily disconnect. The nude body does not have to be sexual, she argues, and being more comfortable with it allows people to engage with their emotions more fully. “We’re such an emotionally repressive society. Bodies are literally where you feel your emotions and we don’t really talk about that, especially in American culture,” she explained. “If you’re able to reconnect with your body, there is no choice but to feel your feelings and then you can let them pass.”
The policies also, put plainly, fundamentally change her art. “So many of the pictures that I make are artistic nudes and they’re just ruined by a cloudy box around a nipple,” she said.
2 Images
View Slideshow 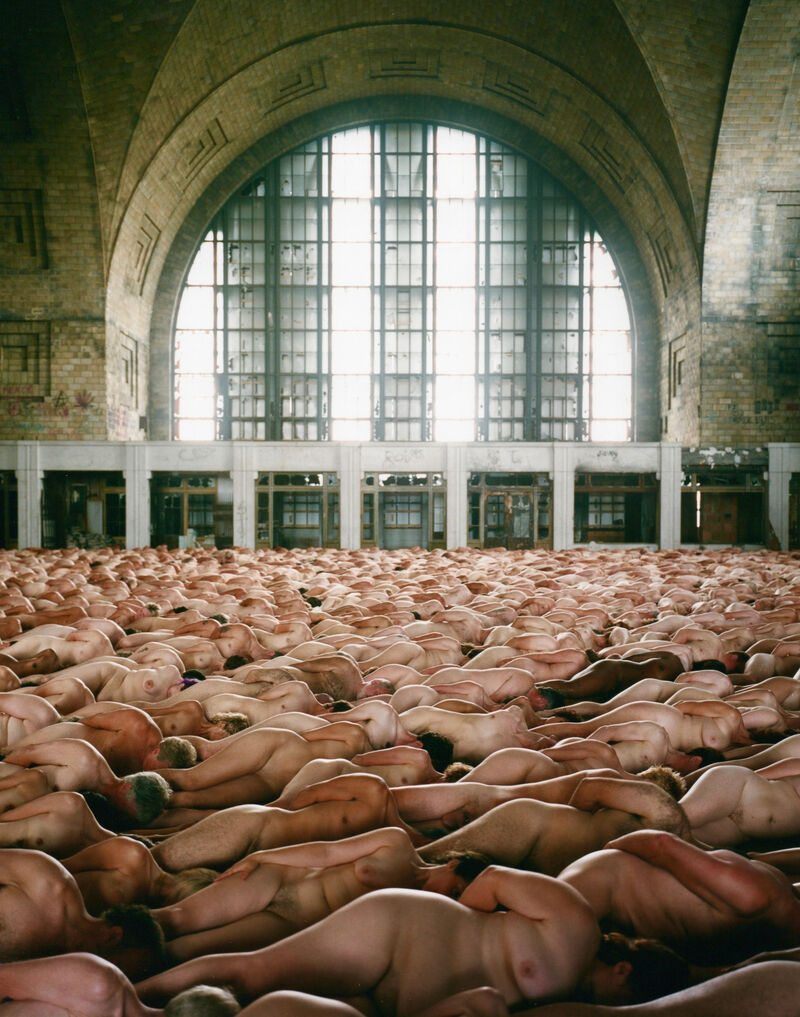 Perhaps nowhere are the aesthetic consequences of Instagram’s policies more apparent than on Tunick’s Instagram. While he relies on social media to connect with the thousands of nude participants in his shoots, he must dramatically alter the resulting works. Amid ethereal landscapes, nude bodies are fractured and interrupted by flesh-colored pixels plotted methodically across the picture plane like data-points on a grid. Tunick’s painstaking self-censorship has become almost an artistic practice in and of itself.
But the censoring of bodies is a centuries-old tradition. Not unlike the Catholic Church’s efforts in 1563 to hide the penises of Renaissance sculptures with fig leaves, today, nudity is blotted out by pixels on Instagram photos.
Kelsey Ables
Related Stories

The Rise and Fall of Internet Art Communities 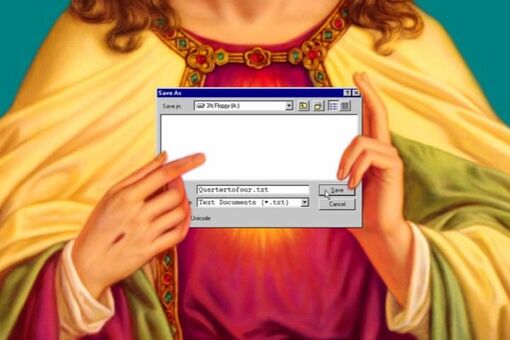 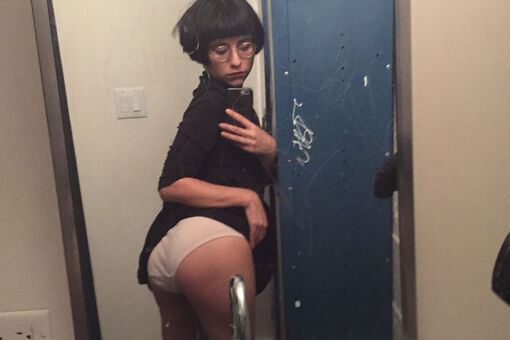