These Photographs Capture the Defiant Sexuality of Punk 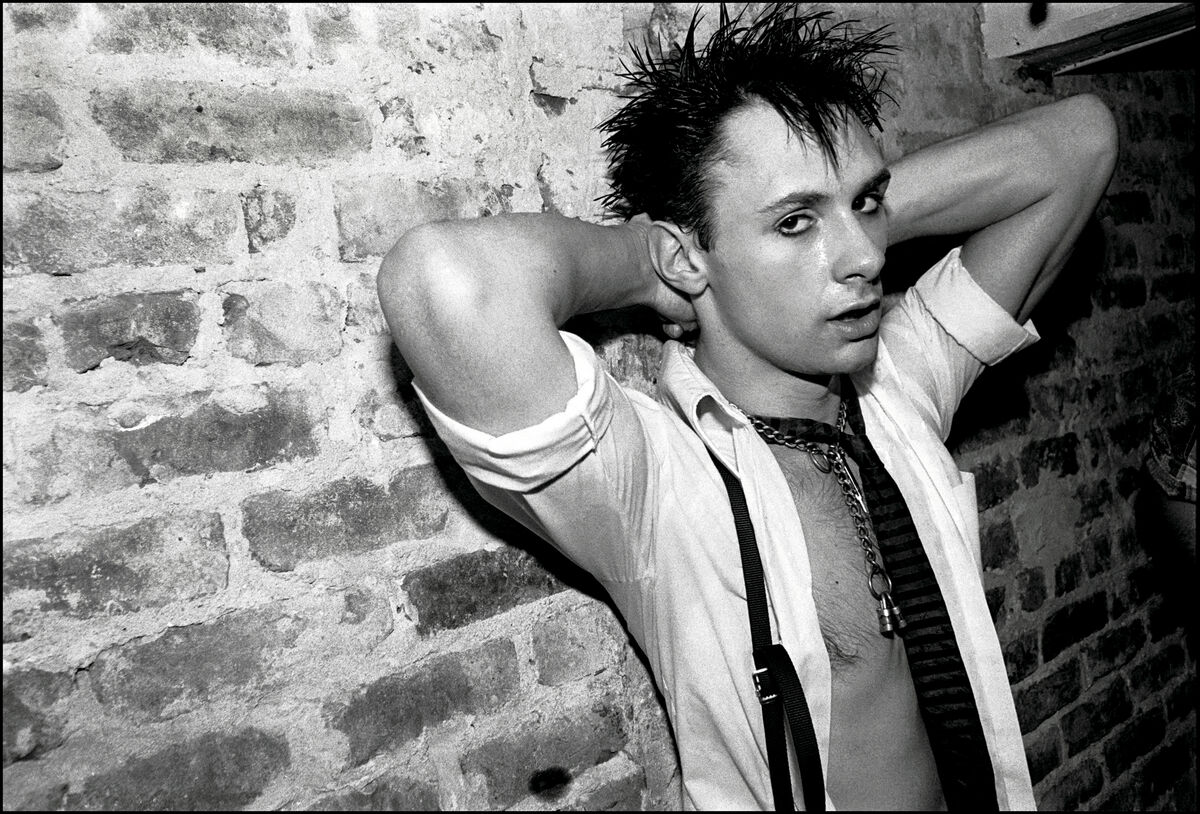 Ruby Ray, The Screamers: Tommy Gear, 1978. Courtesy of the artist.

In 1977, the year punk rock broke through the margins and into the mainstream, the music industry was primed for something new, something revolutionary. At the time, albums such as Fleetwood Mac’s Rumours, Meat Loaf’s Bat out of Hell, and the Saturday Night Fever soundtrack were selling tens of millions of units. But the grandeur of the rock-star lifestyle was unrelatable and alienating to many young people, who began to seek out music that would reflect their own experiences of youth culture.
“When punk started, it was trying to overthrow everything because so much of what had come before had been corporatized,” explained Vivien Goldman, a music journalist and co-curator of the Museum of Sex’s (MoSex) current survey, “Punk Lust: Raw Provocation 1971–1985.” “It just seemed [the record companies] had taken music away from being accessible to any old person.” 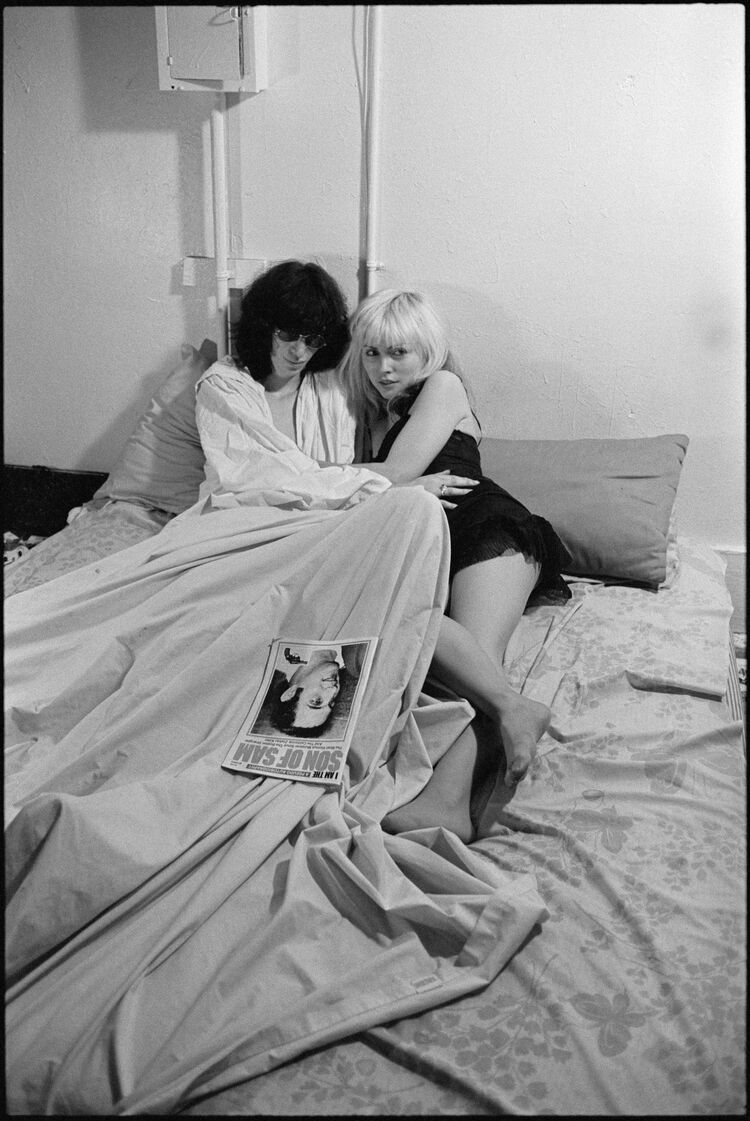 The show, which is on view until November 30th, features more than 300 photographs and artifacts that tell the story of how the burgeoning genre catalyzed a generation of youth—one that grew up amidst the political unrest of the 1960s and the Watergate scandal in 1972—into shaping its own subversive scene.
“The main objective [of ‘Punk Lust’],” MoSex curator Lissa Rivera said, “is to show the way punk used sexuality to transgress and create a completely new space that wasn’t accessible through commercial culture.”
While the country’s number-one hits in 1977 were light pap like Debby Boone’s “You Light Up My Life” and Barry Manilow’s “Looks Like We Made It,” the punk scene was producing sexually charged songs like the Buzzcocks’s “Orgasm Addict” and X-Ray Spex’s “Oh Bondage, Up Yours!” which begins with this rallying cry: “Some people think little girls should be seen and not heard / But I think ‘oh bondage, up yours!’” 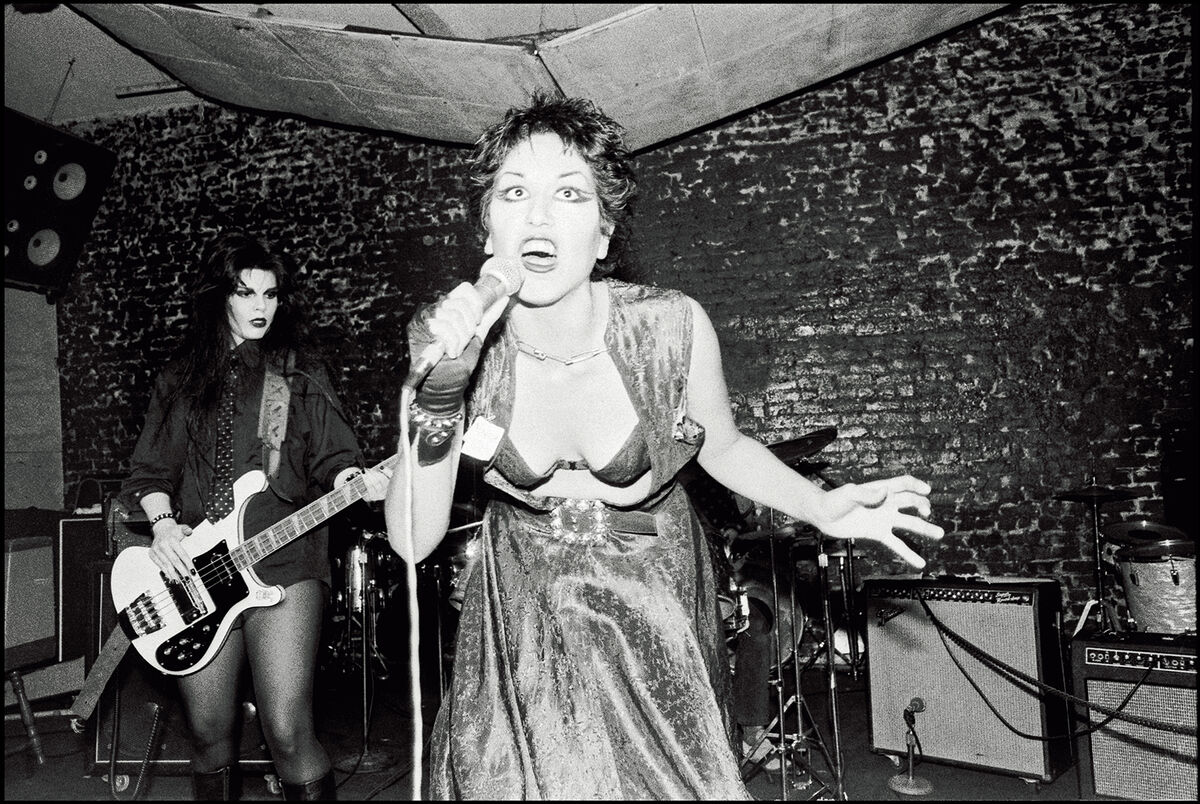 Advertisement
This sentiment was an important element of punk’s forward-thinking ethos. Women were a visible and vital part of punk since its infancy. Figures like Moe Tucker, whose motorik drumming held down the Velvet Underground, and Suzi Quatro, whose thumping bassline made the instrument a star, heralded a new era.
The walls throughout the exhibition are lined with memorabilia attesting to punk’s legacy of inclusivity. Numerous photographs and show flyers depict Jayne County, rock’s first openly transgender singer; Patti Smith, rocking her androgynous Keith Richards–esque haircut; and Alice Bag, a Chicana who fronted one of L.A.’s first punk outfits. 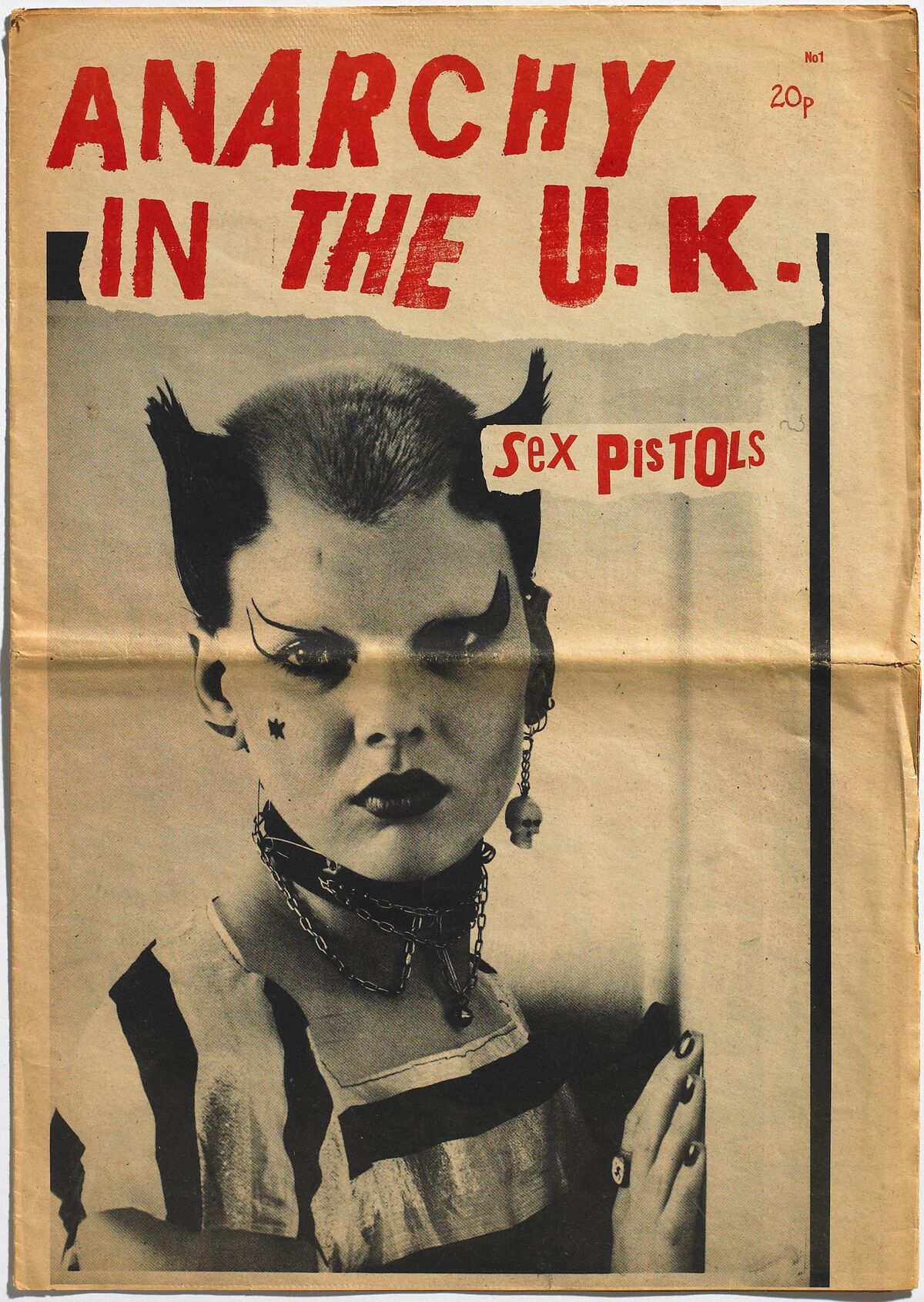 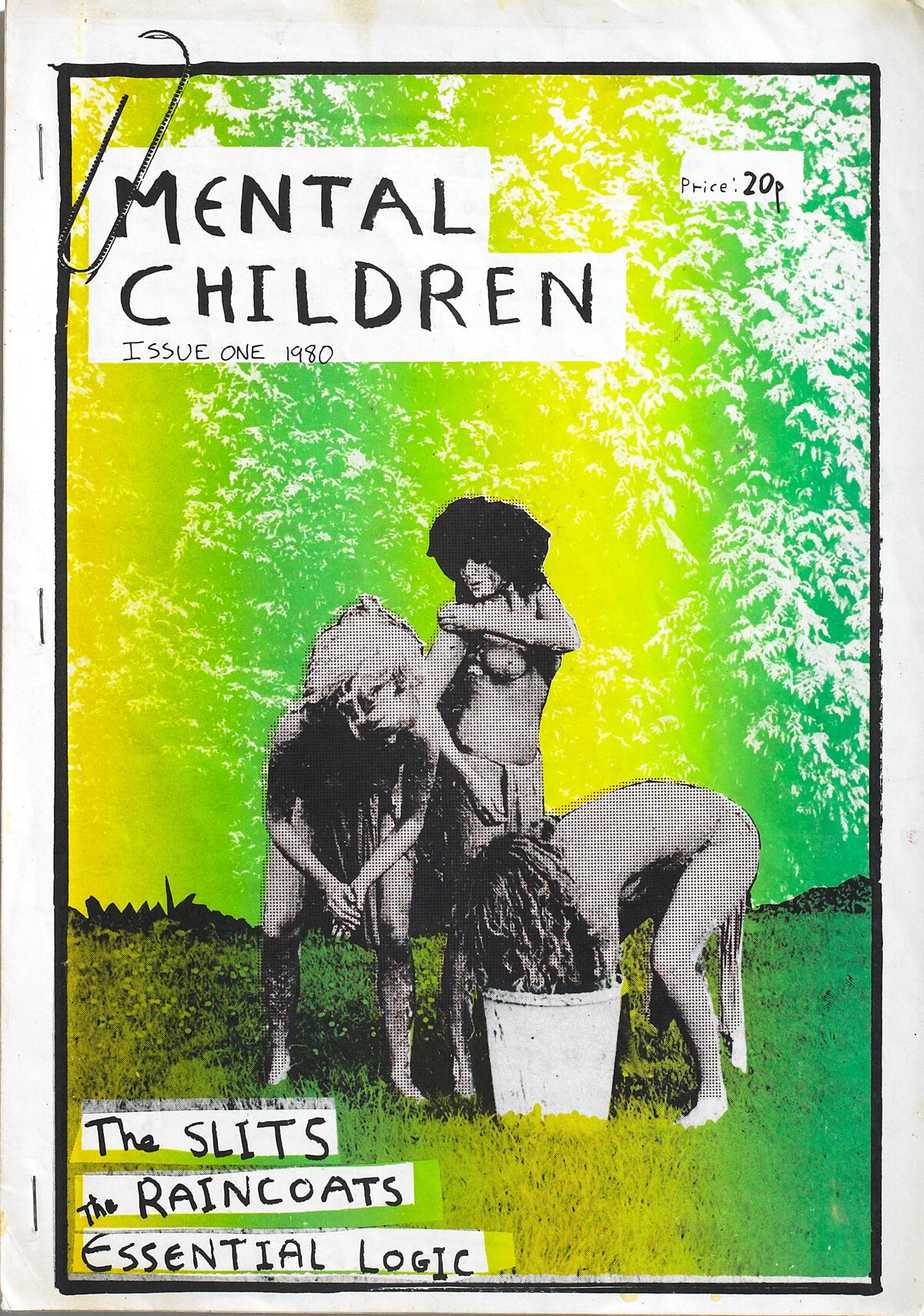 At the same time, artists like Lou Reed, Blondie, and the Ramones were exploring taboo sides of sexuality, with lyrics about turning tricks and gay sex to BDSM-themed odes. But it wasn’t just their lyrical content that offered an alternative to the heteronormative encounters shown in mainstream porn, then reaching its peak chic phase. Sexuality penetrated every aspect of punk, from its messaging to its lifestyle. Punk stars modeled for centerfolds; others worked as phone-sex operators, or, like Dee Dee Ramone, hustled on street corners. Sex work allowed punks to live on society’s margins, which, in turn, granted them the freedom to be punks.
“They’d rather give or receive a blowjob than go work in an accountant’s office,” Goldman said. Sex was about “really trying to own your life.”
Among many examples of titillating artwork included in the show is a blown-up cover of the Slits’s debut album, Cut. It features the three female band members sans shirts and smiles, their breasts covered in mud. It’s sexual but not sexy, running counter to the marketing of much promotional material for women artists of the time. An Adam Ant concert poster features pictures of genitals cut from medical books, turning the maxim “sex sells” on its head. Instead of objectifying the band, they objectify the viewer’s base instincts. 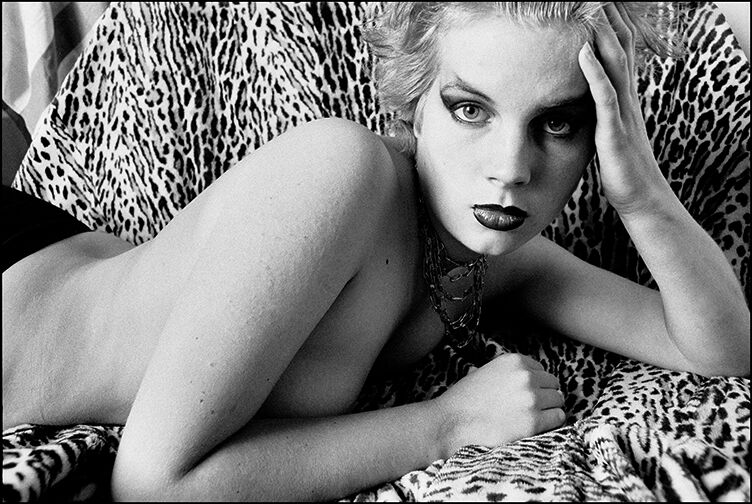 Ruby Ray, Penelope on Leopard, 1977. Courtesy of the artist.

Punk offered the freedom to express oneself regardless of gender or sexual orientation. Times were changing, and although punk wasn’t entirely devoid of sexism and racism, it was instrumental in altering attitudes. “The 1960s and ’70s was a brief opening in the universe post-birth control and pre-AIDS in which people were able to express sexuality in a really explorative way that didn’t last,” Rivera explained.
These days, CBGB, the legendary East Village club that was ground-zero for punk, is a luxury menswear store. The low rents that sustained the arts scene there are some of the loftiest in the country. But punk still persists, and its legacy of defiance lives on every time a 16-year-old plays Horses for the first time and feels like anything is possible.
Alex Wexelman
Related Stories

These Photographers Captured Blondie, Joan Jett, and the Women of Punk 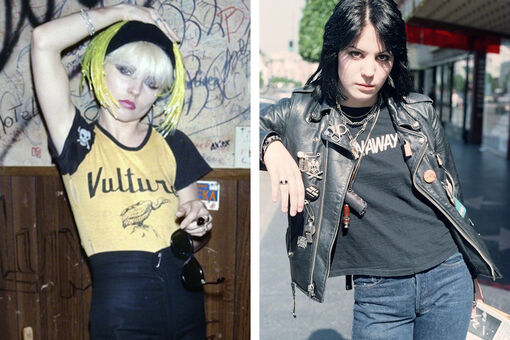