The Photographs That Defined 1969

Jacqui Palumbo
Jul 30, 2019 1:02pm
The year 1969 heralded immense social change and political upheaval. The counterculture movement blossomed in the West, African countries continued to decolonize, Americans lost their trust in the government, and the Vietnam War dragged on. Fashion, film, music, and art thrived, responding to the rebellion and passion of the decade. Marginalized groups in America fought for their rights and cultural visibility. And the whole world looked to the moon. Fifty years later, we revisit 22 images that defined 1969. 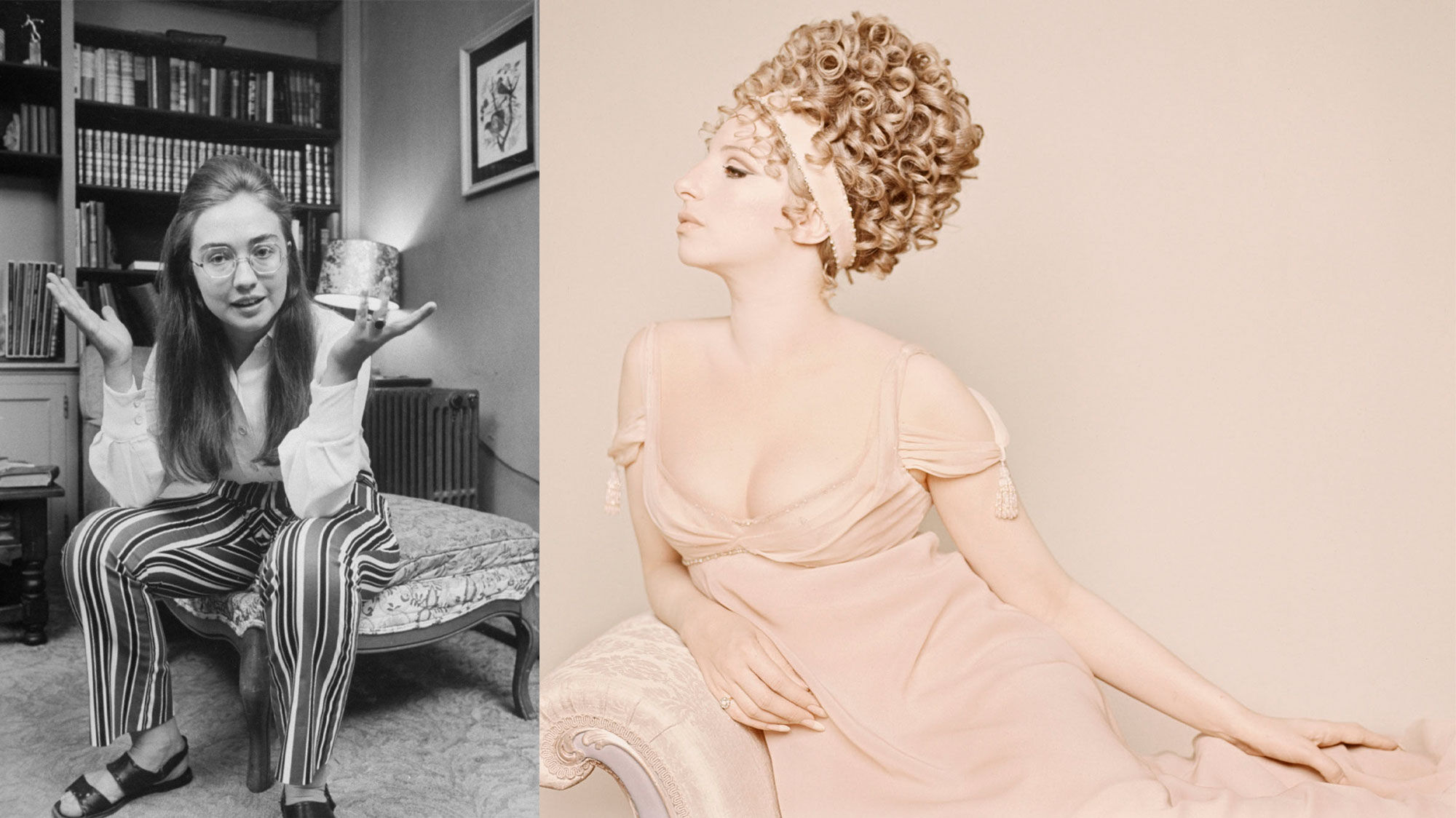 Long before she was the First Lady, a New York senator, and Secretary of State, Hillary Clinton—then Hillary Rodham—gave Wellesley College’s first student commencement speech in 1969, speaking to civil rights and the ongoing Vietnam War. “We were asking urgent questions about whether women, people of color, religious minorities, immigrants would ever be treated with dignity and respect,” she said in 2017 of her student speech. In this image by Lee Balterman, she spoke with the photographer about the student protests at her alma mater.

In 1969, Barbra Streisand won her first Academy Award for her lead role in Funny Girl (1968), cementing her position in Hollywood. This rare photo by
Lawrence Schiller
of the then-fast-rising star shows her looking like a
Neoclassical
goddess on the set of the musical On a Clear Day You Can See Forever (1970). 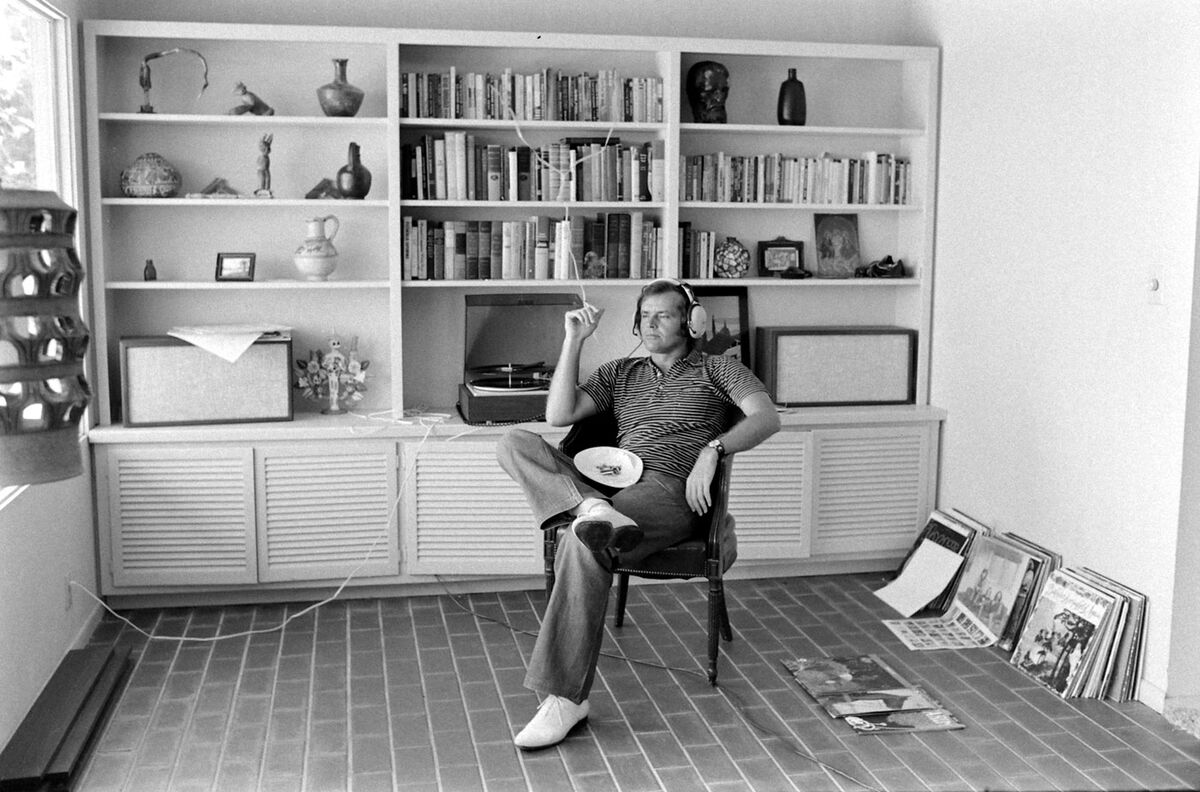 Jack Nicholson’s career-launching movie was Easy Rider in 1969, in which he plays a straightlaced lawyer who hits the road with bikers played by Peter Fonda and Dennis Hopper and progressively partakes in more drug use during the film. In a series of images in the actor’s L.A. home, shot for Life magazine, Arthur Schatz captured the rising star smoking marijuana and listening to music. 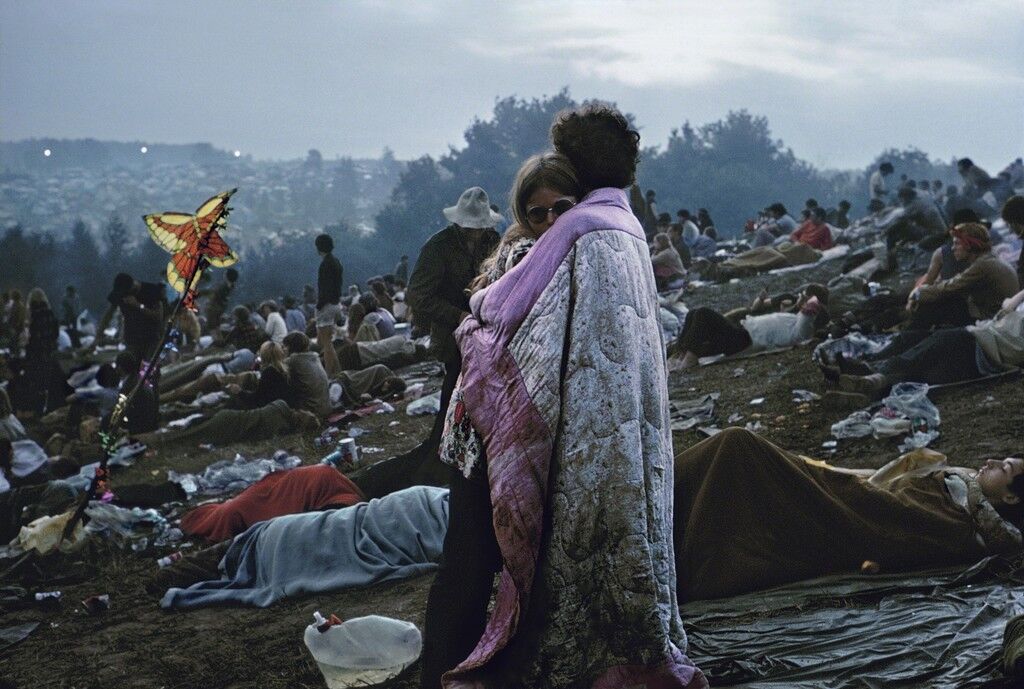 Burk Uzzle
Woodstock (Ercolines with butterfly), 1969
Laurence Miller Gallery
Advertisement
On August 15th, half a million concertgoers in search of free love and rock and roll descended upon the quiet town of Bethel, New York, to attend the first Woodstock music festival. Many abandoned their cars and walked on foot to make it to the venue on a dairy farm. Magnum photographer
Burk Uzzle
’s now-iconic shot of a man embracing his girlfriend in a muddy quilt made it to the album cover of the official soundtrack. The couple photographed, Bobbi Kelly and Nick Ercoline, remain together to this day.

Apollo 11 lands on the moon 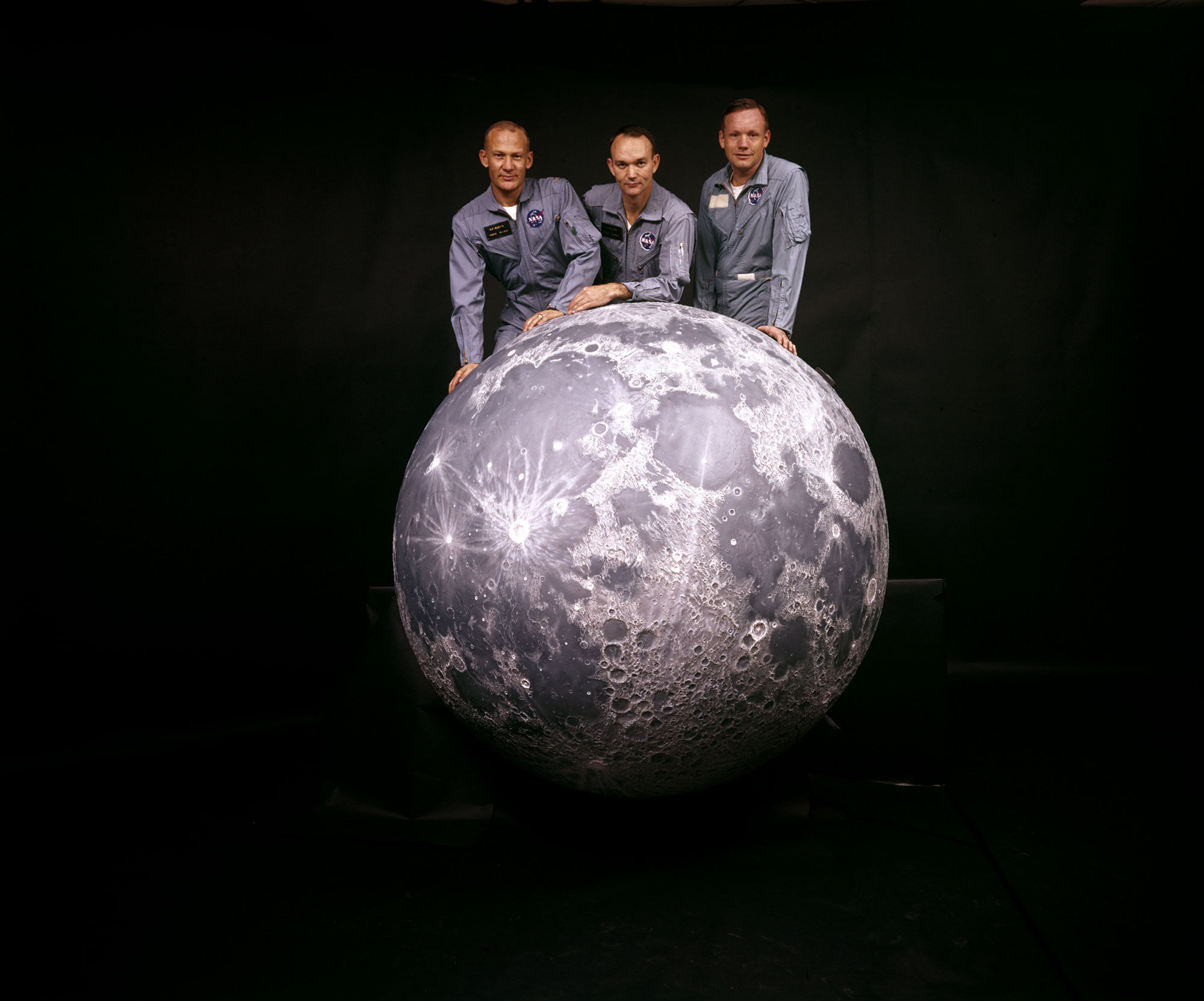 Portrait of American astronauts, from left, Buzz Aldrin, Michael Collins, and Neil Armstrong, the crew of NASA’s Apollo 11 mission to the moon, as they pose on a model of the moon, 1969. Photo by Ralph Morse/The LIFE Picture Collection via Getty Images/Getty Images.

Everyone has seen the iconic first steps on our lunar neighbor’s dusty ground, but this portrait of NASA Apollo 11 astronauts Buzz Aldrin, Michael Collins, and Neil Armstrong making the moon’s acquaintance for Life magazine is a little more rare—and way more kitschy. 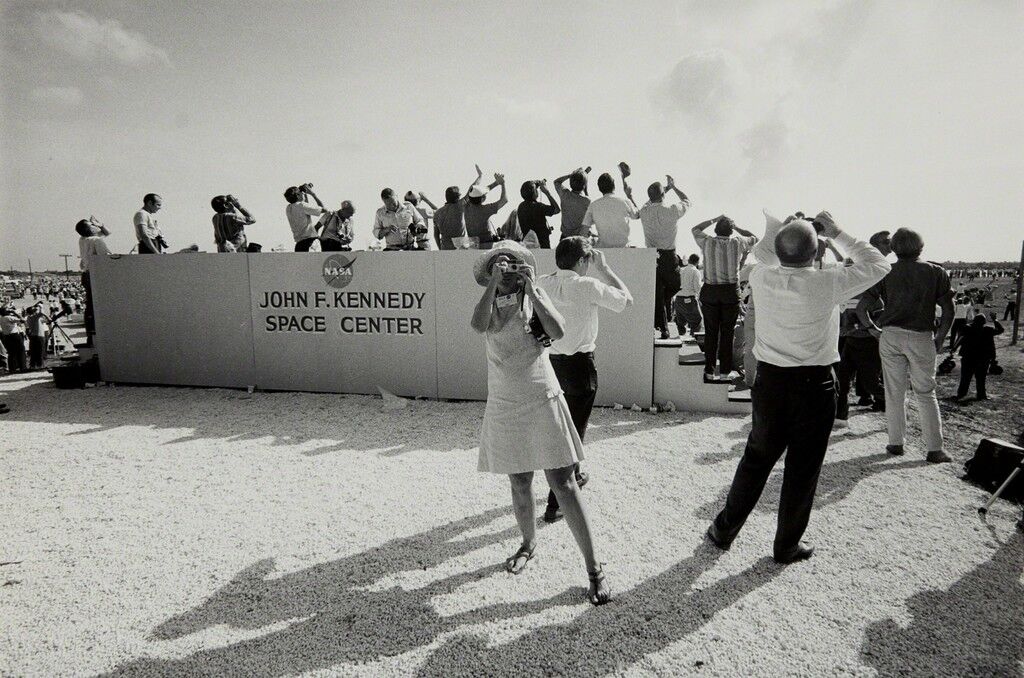 Garry Winogrand
Apollo 11 Moon Shot, Cape Kennedy, Florida, 1969
Phillips
Photographer
Garry Winogrand
was present at the John F. Kennedy Space Center in Florida when Apollo 11 took to the skies. He captured this image of other photographers and observers gazing up at the disappearing spacecraft.

New puppets on the block 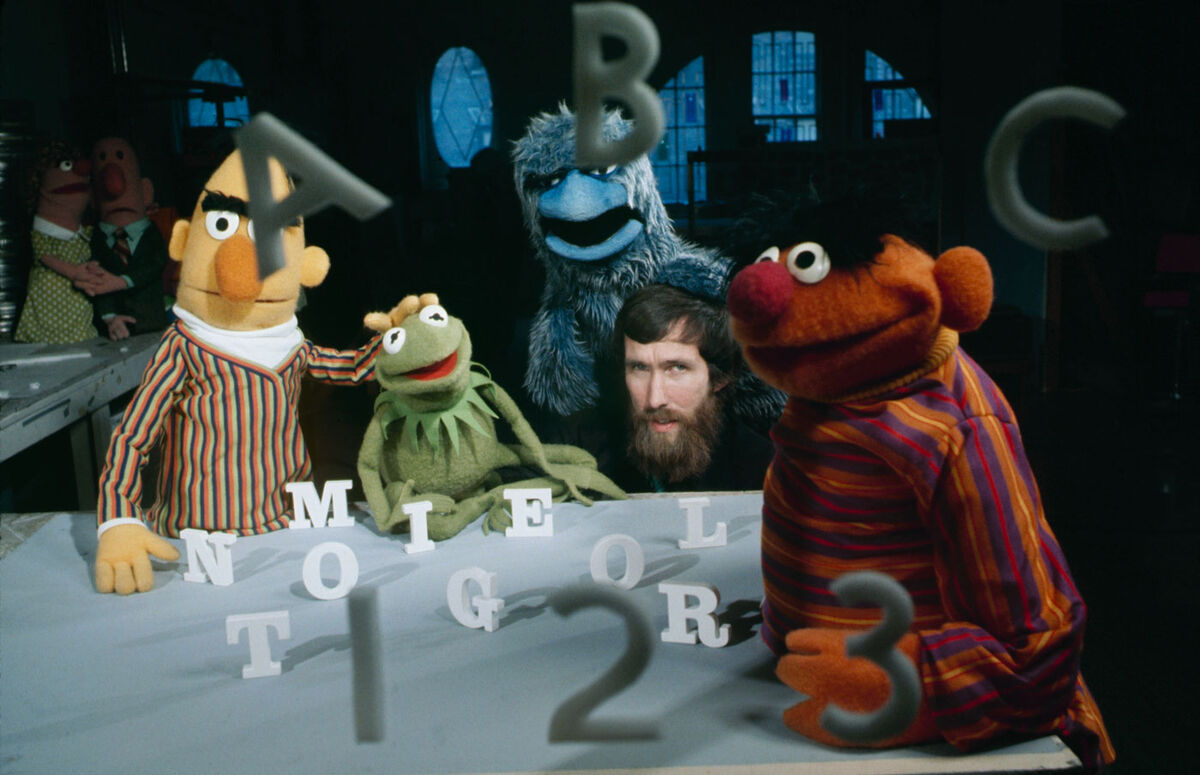 Puppeteer Jim Henson with his new Muppets creations, including Bert and Ernie, that will help teach kids their ABC’s on television’s The Children’s TV Workshop show. Photo by Grey Villet/The LIFE Picture Collection via Getty Images.

Fourteen years after Jim Henson debuted his beloved Muppets, he introduced new characters Bert and Ernie for a new show by the Children’s Television Workshop, called Sesame Street. Pictured with the duo are Kermit and the Beautiful Day Monster. 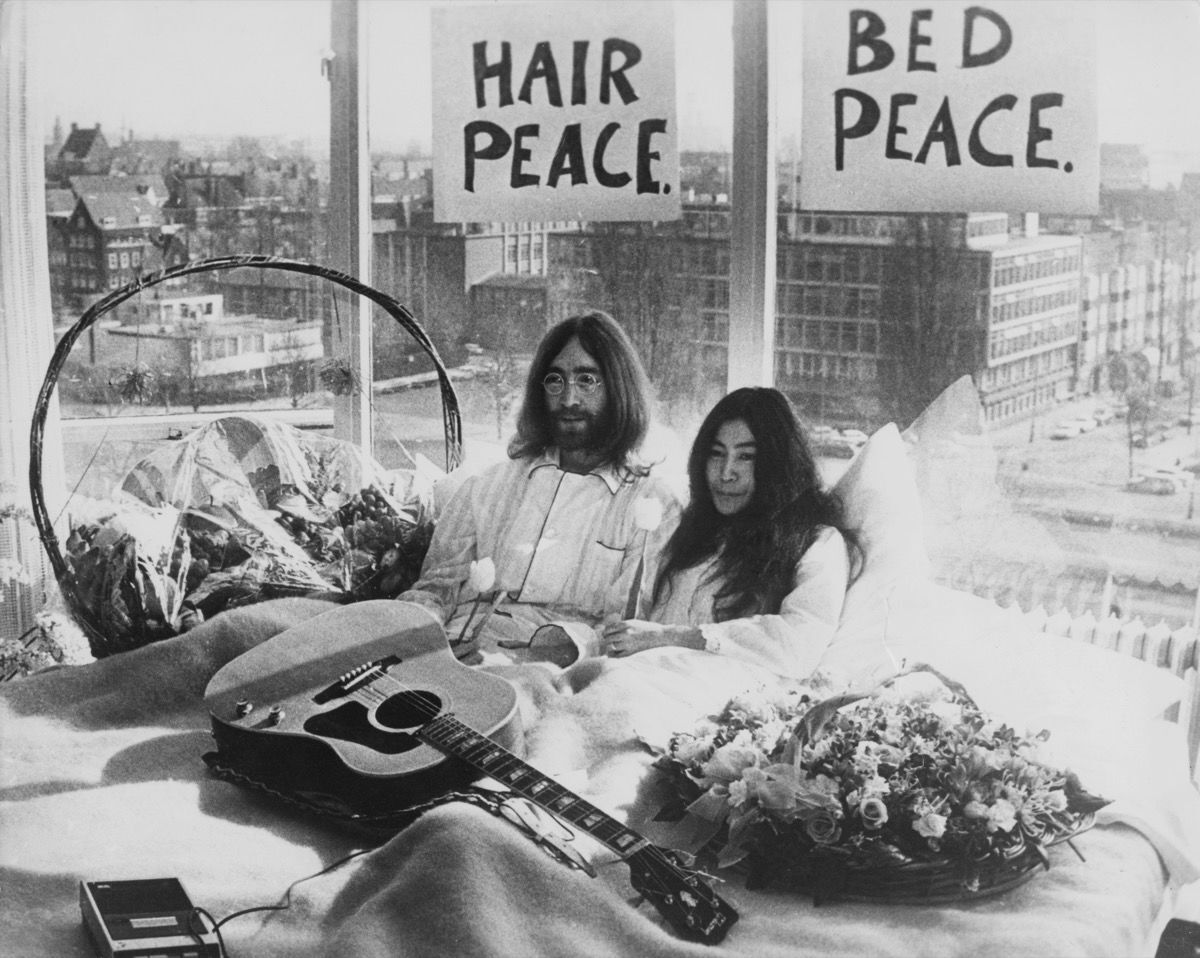 John Lennon and Yoko Ono in their bed in the Presidential Suite of the Hilton Hotel, Amsterdam, 1969. Photo by Keystone/Hulton Archive/Getty Images.

Nearly three years after they first met in London’s Indica gallery in November 1966, musician
John Lennon
and artist
Yoko Ono
married on March 20, 1969. Five days later, journalists were invited to their Amsterdam honeymoon suite, but found the couple in bed sharing messages of peace instead of a salacious scene. Lennon and Oko used the media blitz following their nuptials for a series of “bed-ins” to protest the Vietnam War and promote unity. 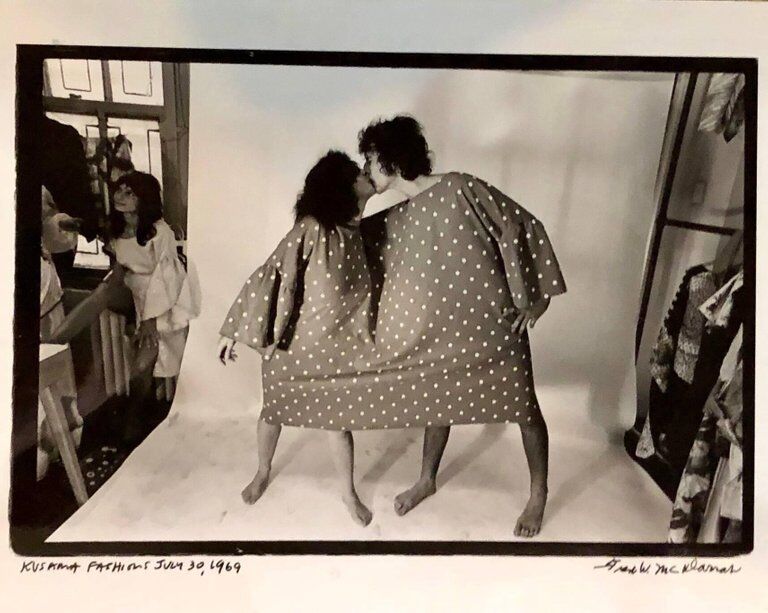 The Beatles record their last album together 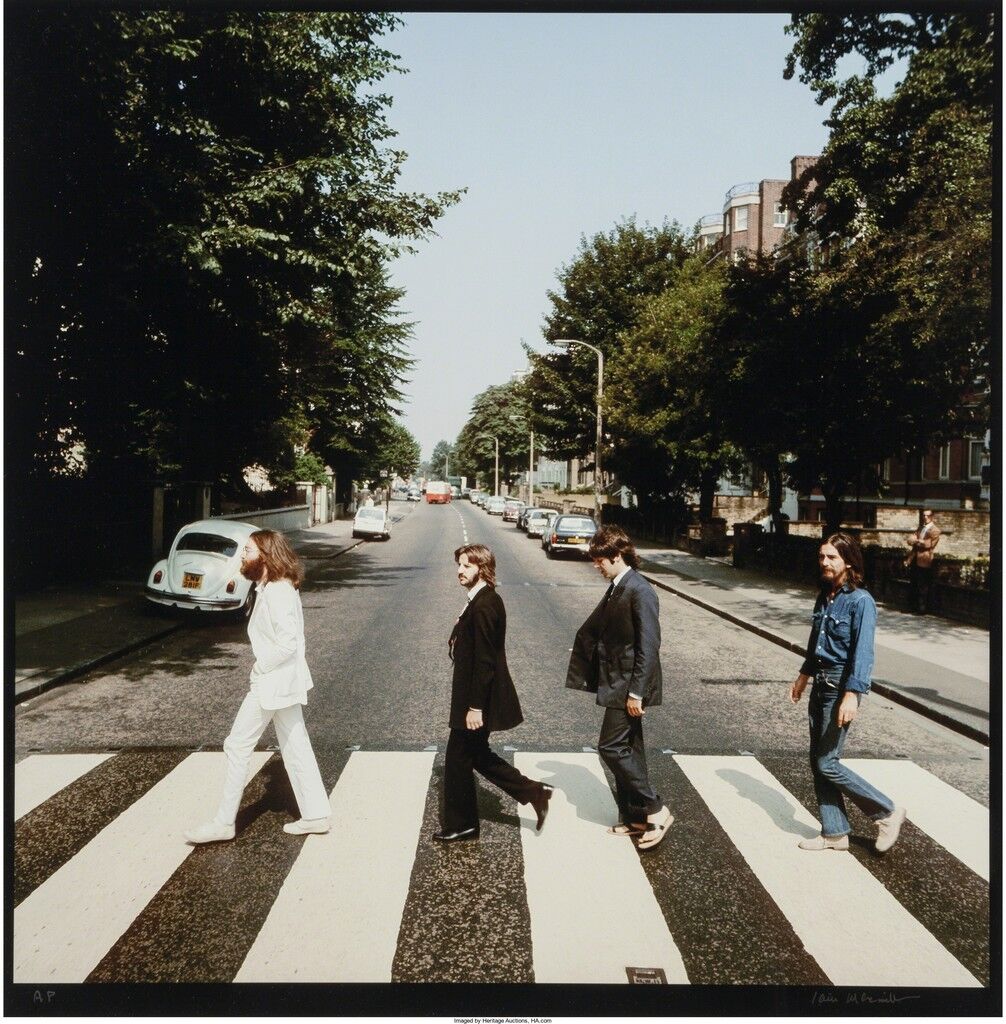 Iain Macmillan
Abbey Road (two photographs), 1969
Heritage Auctions
On September 26th, the Beatles released their 11th studio album, Abbey Road, featuring a cover photo of the band crossing the titular thoroughfare. The month prior, photographer
Iain Macmillan
had been granted just ten minutes to get the now–highly imitated shot. He stood above the crosswalk on a ladder, firing off six shots on his Hasselblad camera, while a police officer kept traffic from passing.

In the art world 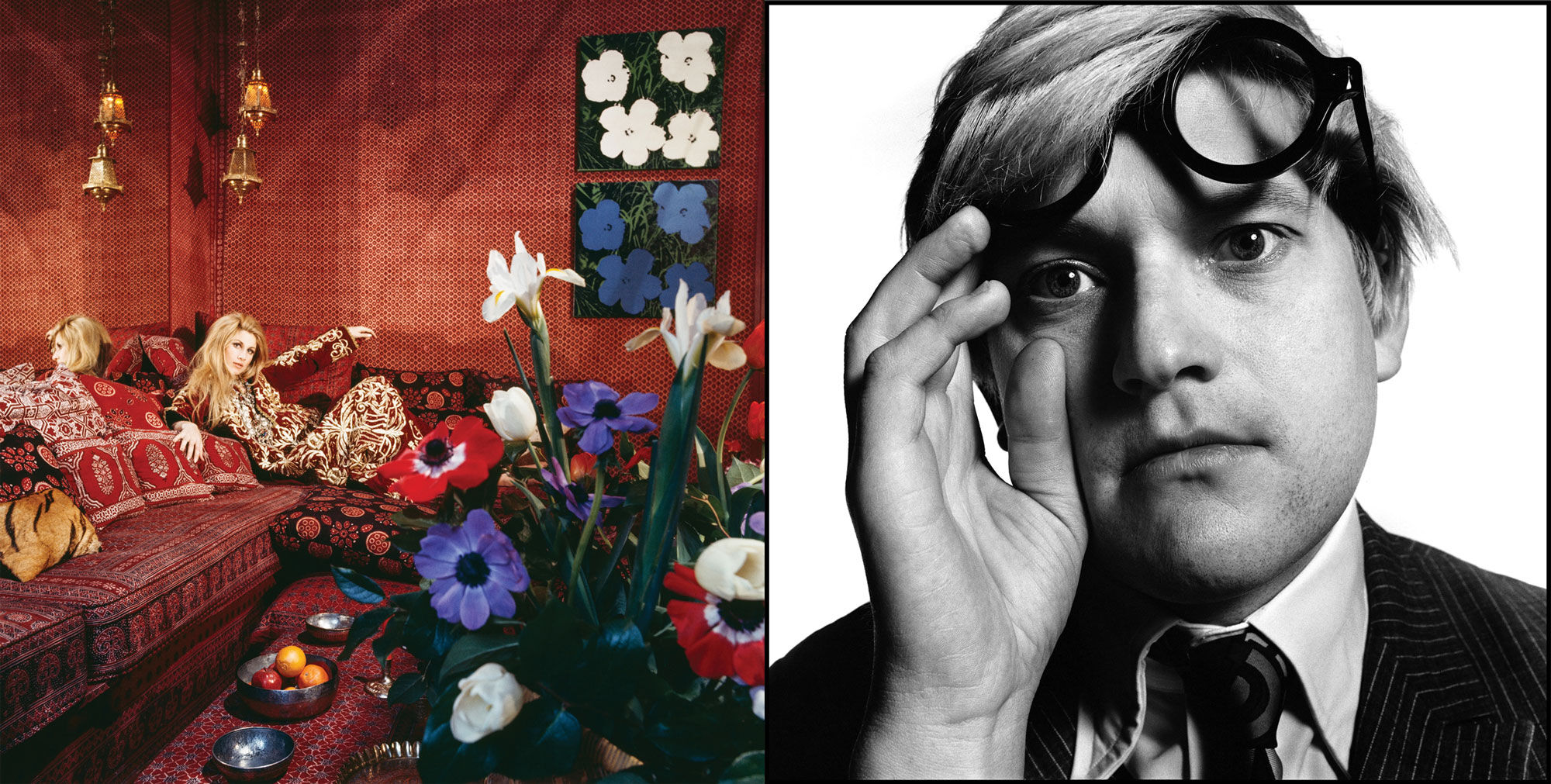 “Baby Jane” Holzer took the 1960s by storm as a cover girl, actress, and socialite, propelled into the spotlight by Andy Warhol in 1964. “The first thing Andy said was: ‘Do you want to be in the movies?’” Holzer told NPR. “And my thoughts were, ‘Well it beats the s - - - out of shopping at Bloomingdales every day.’” Dubbed “the girl of the year” by author Tom Wolfe and “the most contemporary girl I know” by Vogue editor Diana Vreeland, Holzer today remains in the art world as a collector.

In 1969, British artist
David Hockney
was having a moment that would blossom into a storied career as one of the world’s most expensive living artists today. His series “Double Portraits” (1968–71) was taking shape on colossal canvases with pastel palettes, cementing his reputation in the
Pop art
movement. This portrait from
David Bailey
captures the artist with his famous round specs. 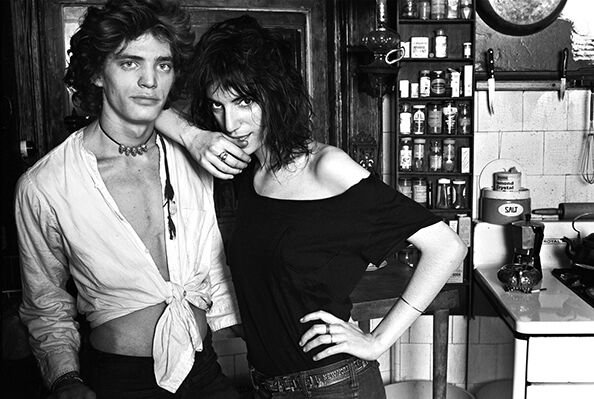 Norman Seeff
Robert Mapplethorpe and Patti Smith , 1969
Fahey/Klein Gallery
Robert Mapplethorpe
and musician
Patti Smith
rose to the top of their respective scenes in New York together, as longtime lovers and then close friends. “What was really profound was the depth of love the two had for each other,” South African photographer
Norman Seeff
said of the pair. Seeff took this photo of them following a photo shoot on the Upper West Side.

Richard Avedon
Andy Warhol and members of The Factory, New York City, October 30, 1969
Phillips
On October 30th, photographer
Richard Avedon
plucked
Andy Warhol
’s inner circle from the familiar surroundings of The Factory and placed them in his own Upper East Side studio. The 13 Factory stars, including the ringleader himself, seem to hover against the white background in various states of dress and undress. Clothes pile at the feet of the four rebellious fully nude figures, including transgender actress Candy Darling. 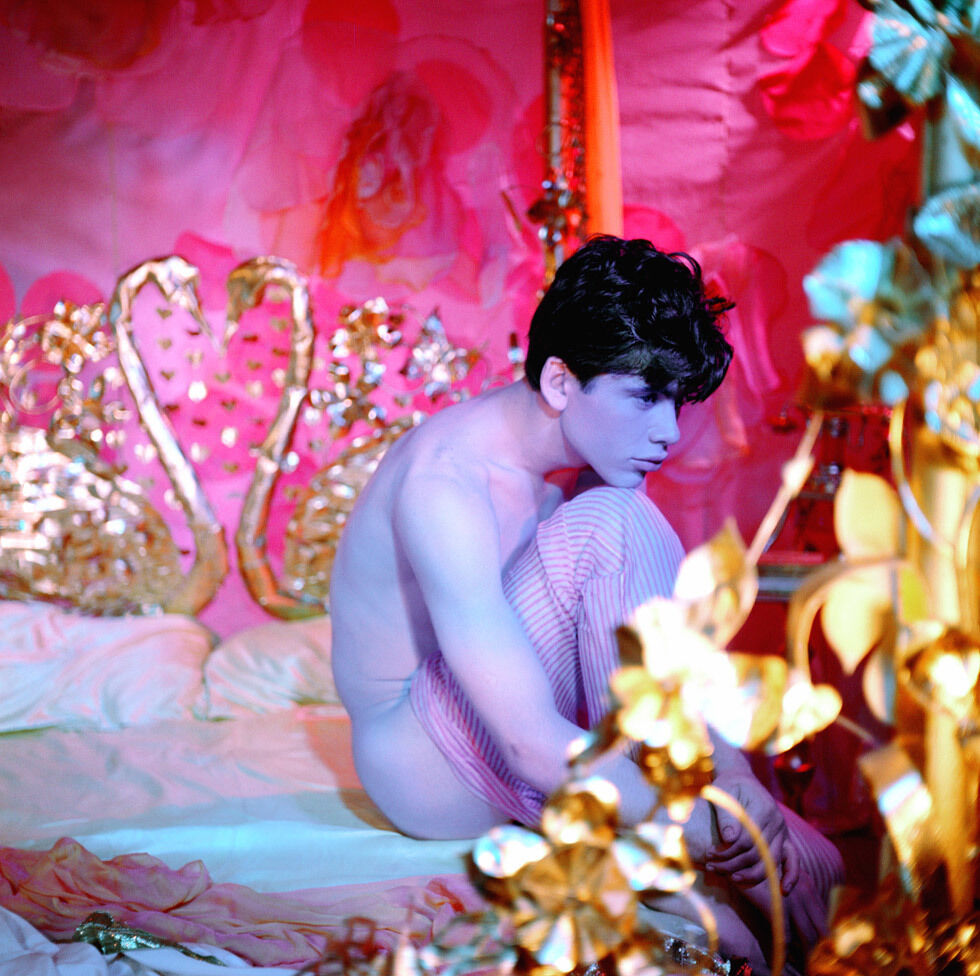 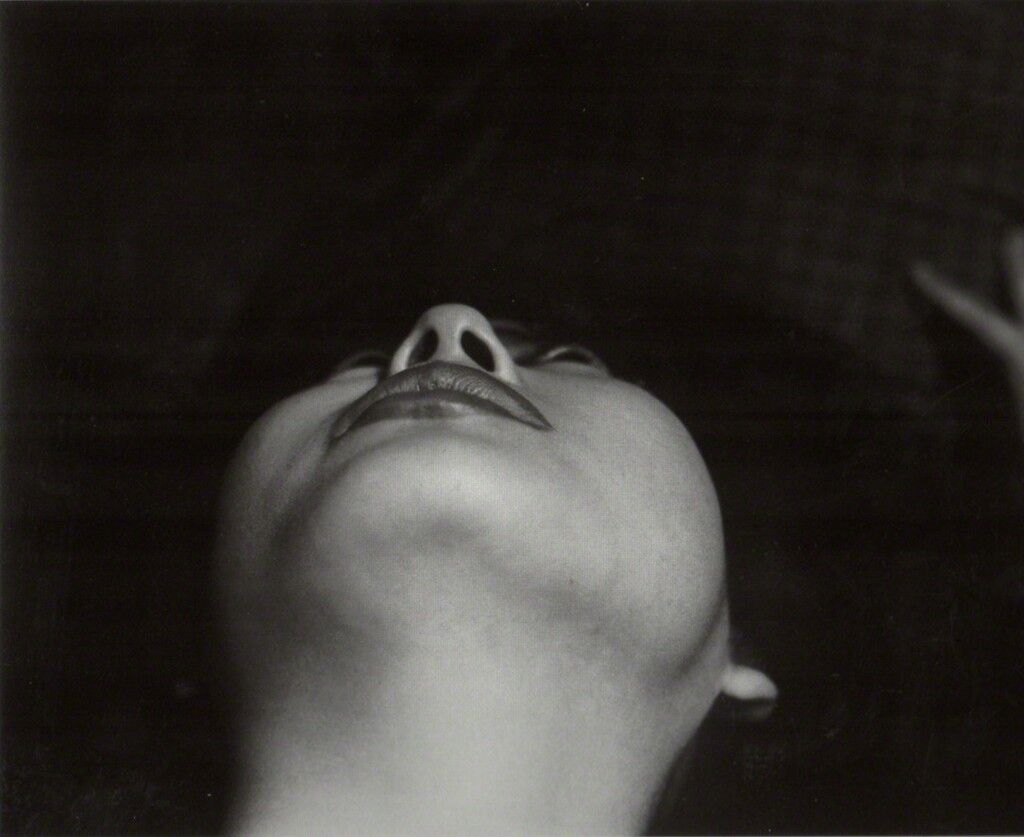 Shomei Tomatsu
Untitled, from the series "Eros", Tokyo, 1969
PRISKA PASQUER
In post-war Japan,
Shomei Tomatsu
navigated the rapidly changing streets of Tokyo and the youth who ruled them. In the series “Eros” (1969), Tomatsu captured the lives of those living outside of the margins—the prostitutes, drifters, and artists who populated the seedy district Shinjuku, in central Tokyo. “The town of Shinjuku makes us feel ‘free’ even if this is an illusion,” he wrote in his seminal photo book Oh! Shinjuku (1969). 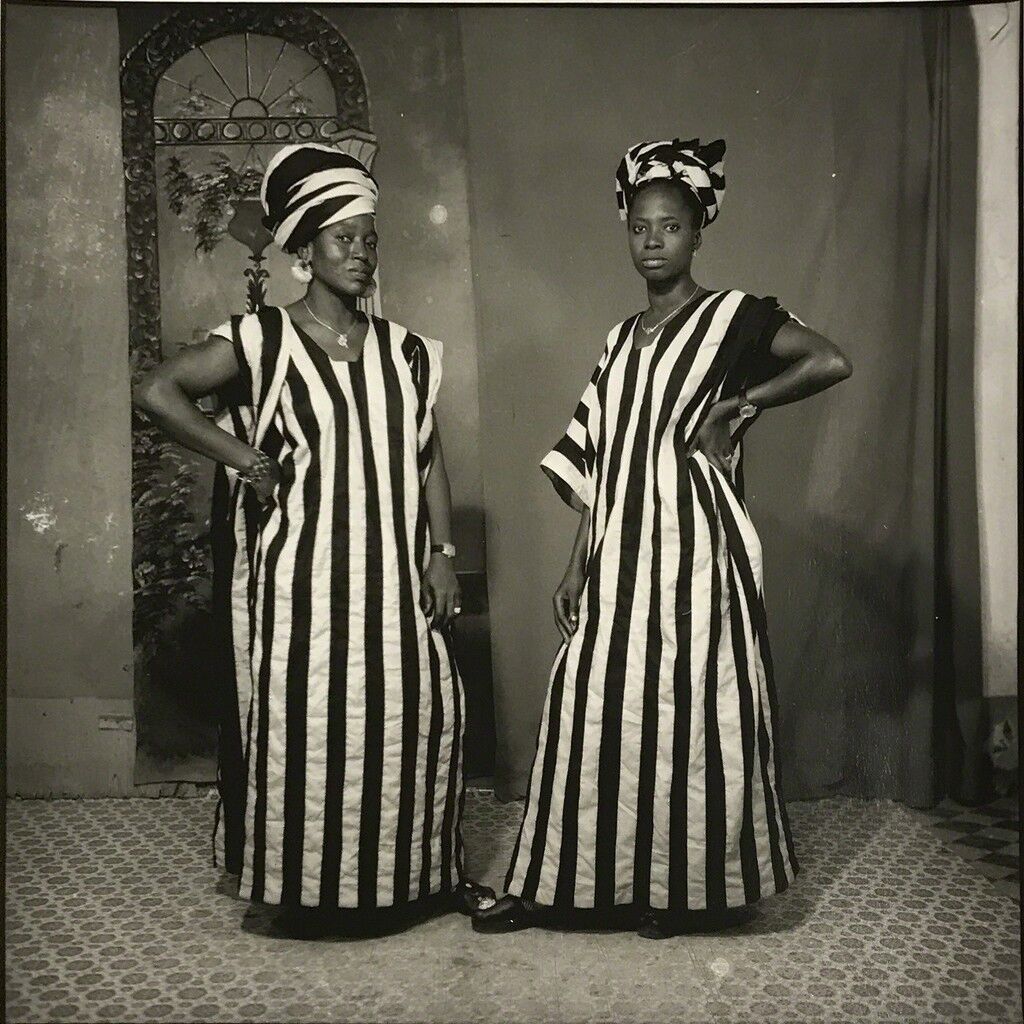 Sanlé Sory
Maliennes coquettes, 1969
Yossi Milo Gallery
Though studio portraiture has a centuries-long history in West Africa, it thrived in the 1960s with both amateurs and renowned photographers—like
Seydou Keïta
and
Malick Sidibé
—contributing their own personal style to a collective practice of artmaking and chronicling social identity. In Burkina Faso, from his studio Volta Photo,
Sanlé Sory
captured confident and glamorous young people coming of age during a period of seismic political change.

Vietnam during the war 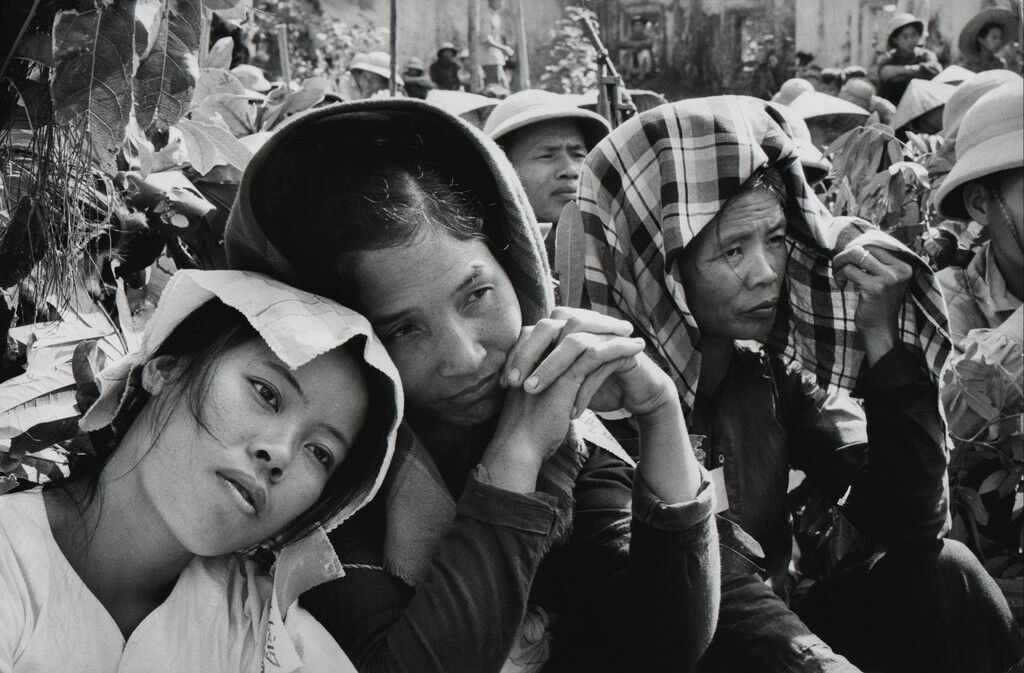 Marc Riboud
Vietnam, 1969, 1969
Galerie Arcturus
French photojournalist
Marc Riboud
may be best known for his 1967 photograph of teenage girl Jan Rose Kasmir holding up a chrysanthemum in peaceful opposition to the National Guard during an anti-Vietnam march. Riboud’s reportage took him around the world, including Vietnam, where his images there reveal the lives of everyday citizens living through the war, and the quiet moments of shared human existence. 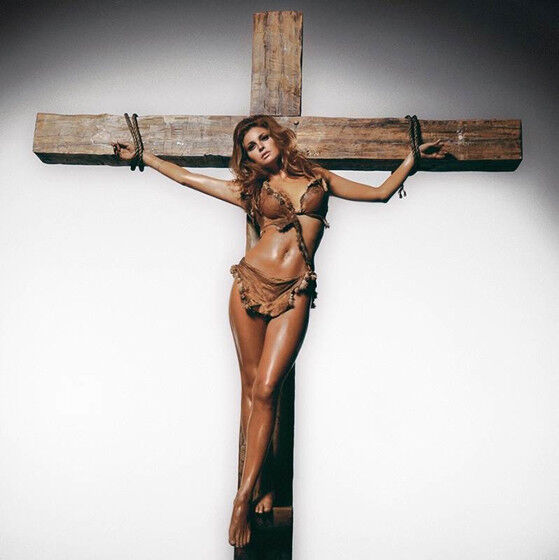 Terry O'Neill
Raquel Welch, 1969
OSME Fine Art
Raquel Welch was dubbed a bombshell of the 1960s and ’70s, but she was also a mold-breaking actress who played self-assured female leads. In this image from
Terry O’Neill
, she is crucified in her fur bikini from the adventure-fantasy movie One Million Years B.C. (1966), likely a visual metaphor for the criticism she faced for her status as a sex symbol. 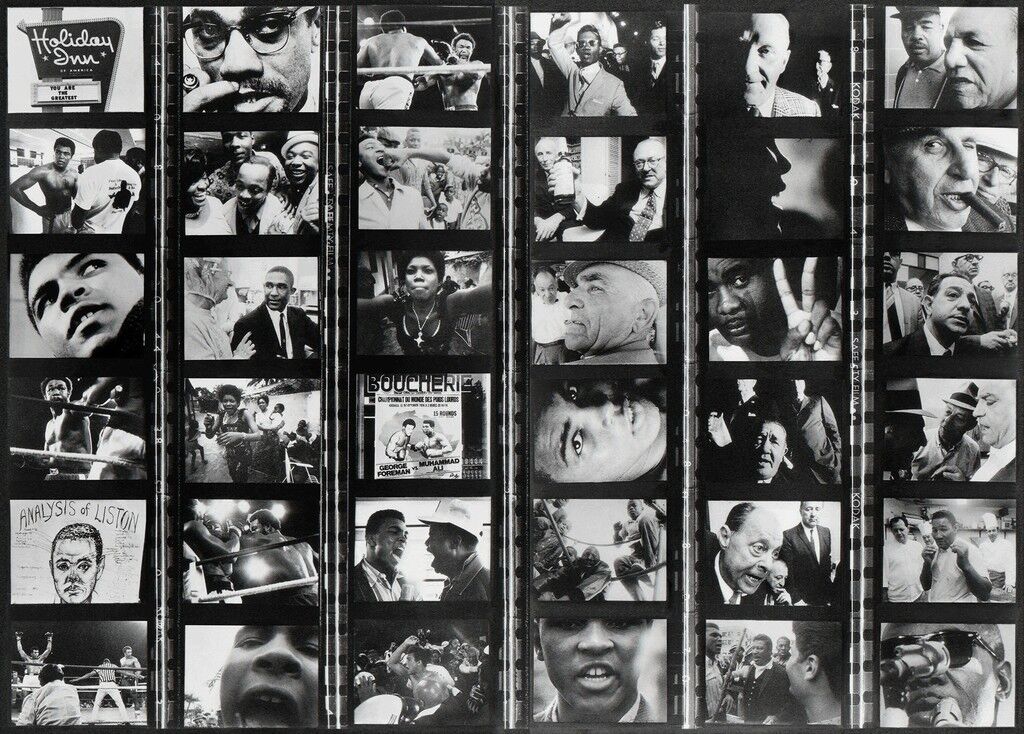 William Klein
Film strips from Muhammad Ali - The Greatest, 1969
Atlas Gallery
The late 1960s were a contentious time for boxer Muhammad Ali. In 1967, he refused to serve in the Vietnam War, and he was stripped of his 1964 heavyweight title and arrested, though he was eventually cleared in 1971.
William Klein
’s sports doc The Greatest 1964–1974 (1974) showed the GOAT as he navigated a turbulent decade.

“Black is Beautiful” becomes a mantra 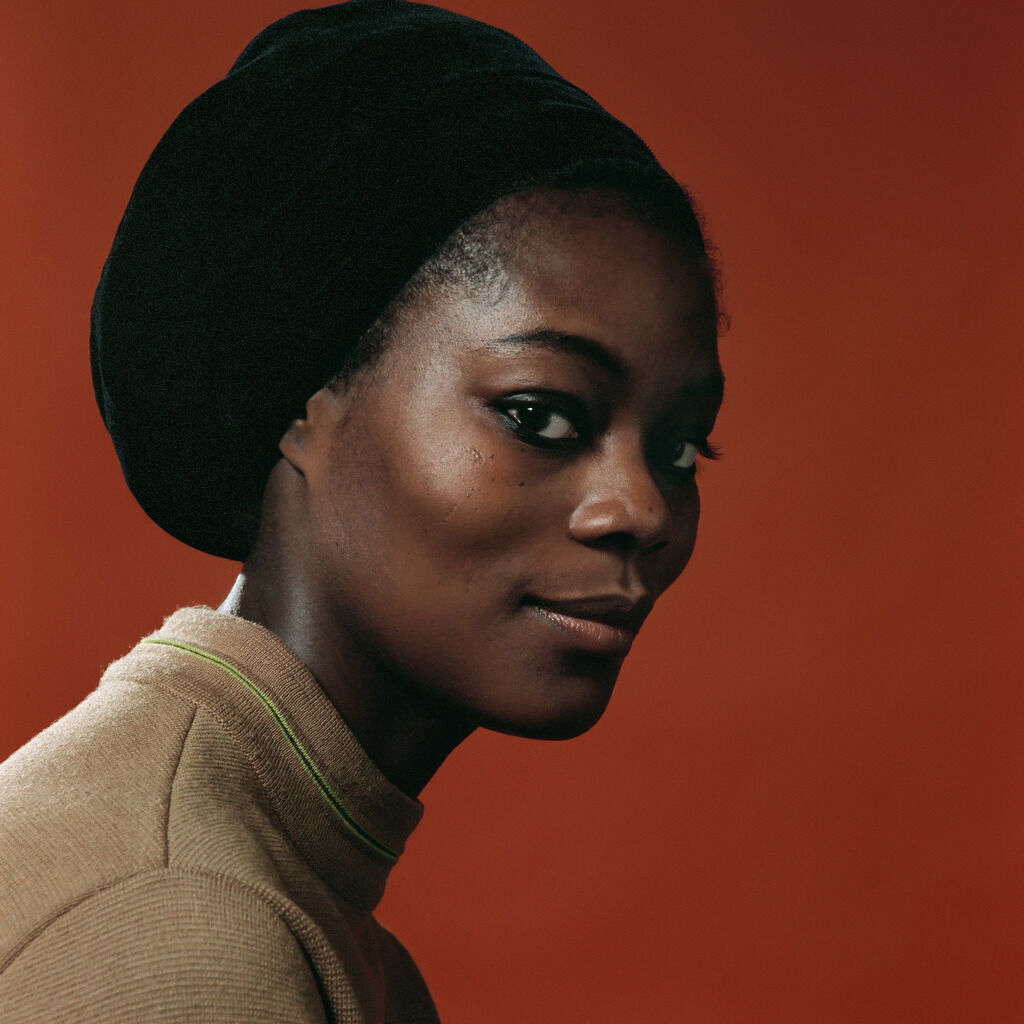 The original smart kitchen—sort of 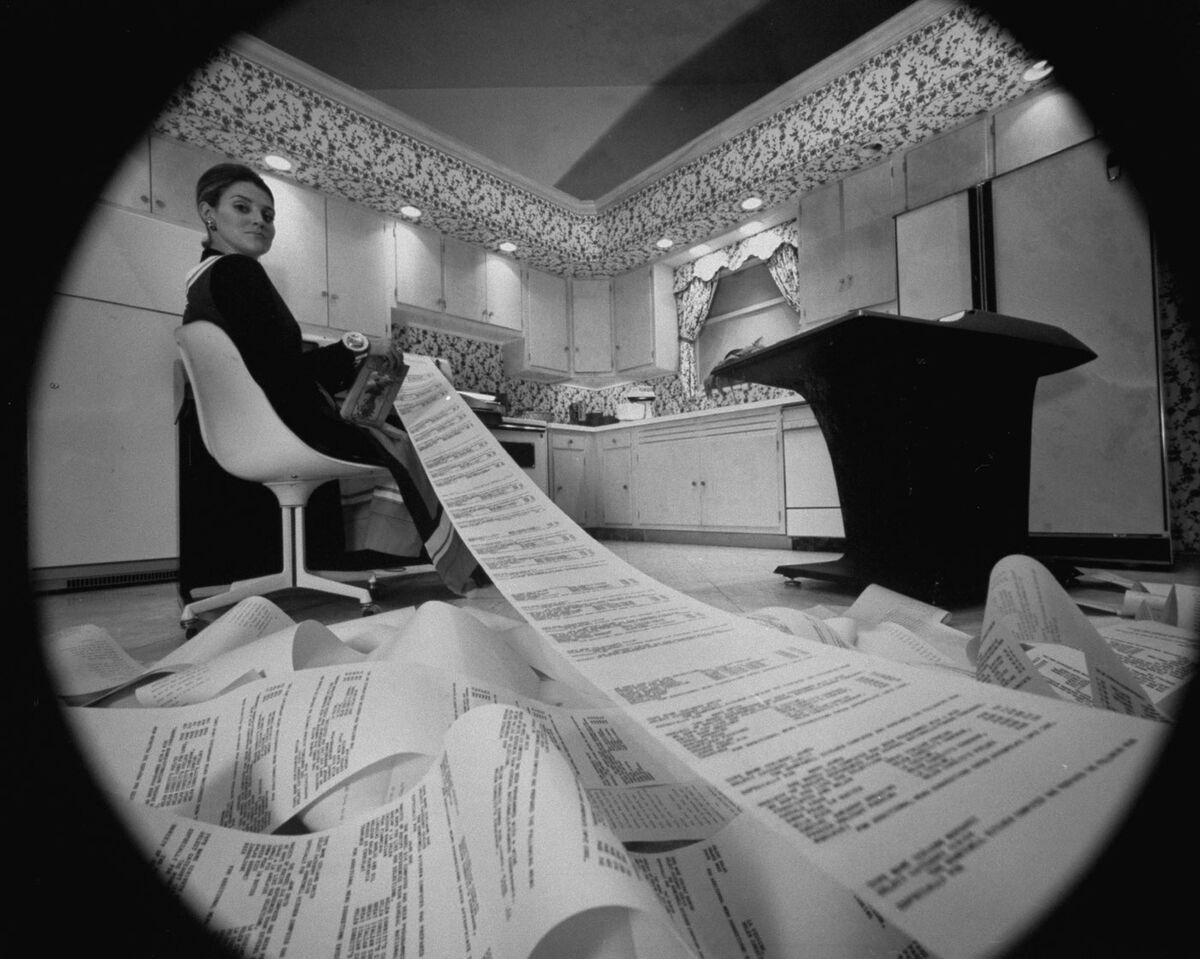 Neiman Marcus promised to revolutionize the kitchen with the Honeywell kitchen computer, but the 100-pound machine cost $10,000 and required some serious engineering chops. The department store didn’t sell a single unit, despite adding it to its recommended holiday gift list, but Honeywell would later be instrumental in powering the predecessor to the modern internet.
Jacqui Palumbo is a contributing writer for Artsy Editorial.
Further reading in Visual Culture